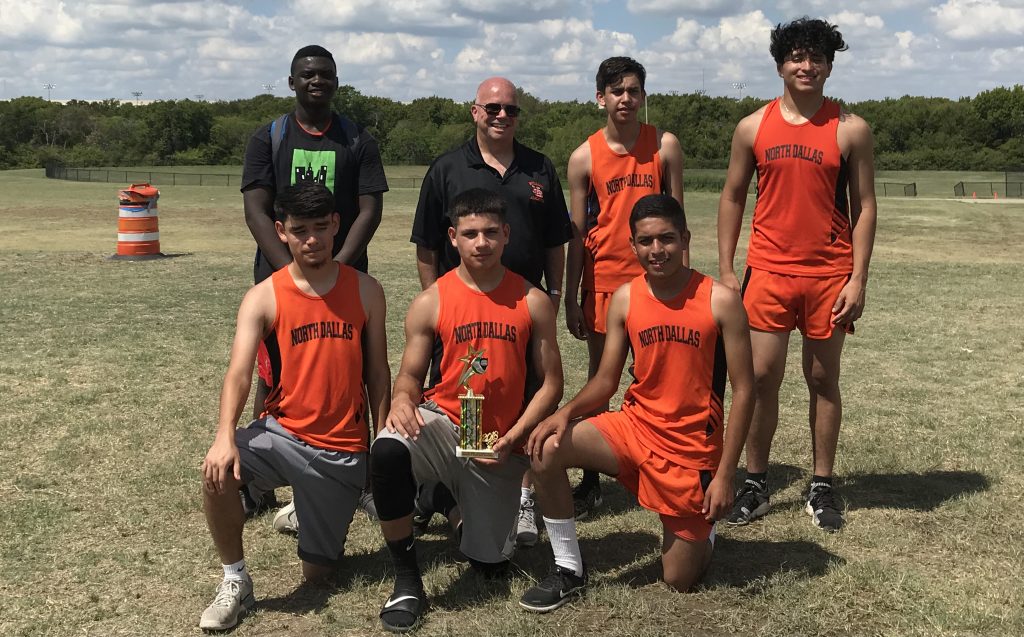 Hot weather and the course hills posed definite challenges for the North Dallas cross country runners on Saturday at the DCA meet at Jesse Owens Complex.

However, despite the delayed start, the North Dallas girls team took first place among Class 4A schools and smaller, and the boys team took third place. Yomara Gutierrez received the only medal, placing fifth place in the girls race.

“That one was a surprise. I was happy with it,” North Dallas Coach Troy Power said on the girls taking first place. “The last couple of years, we got second. So, obviously we’re getting better.” 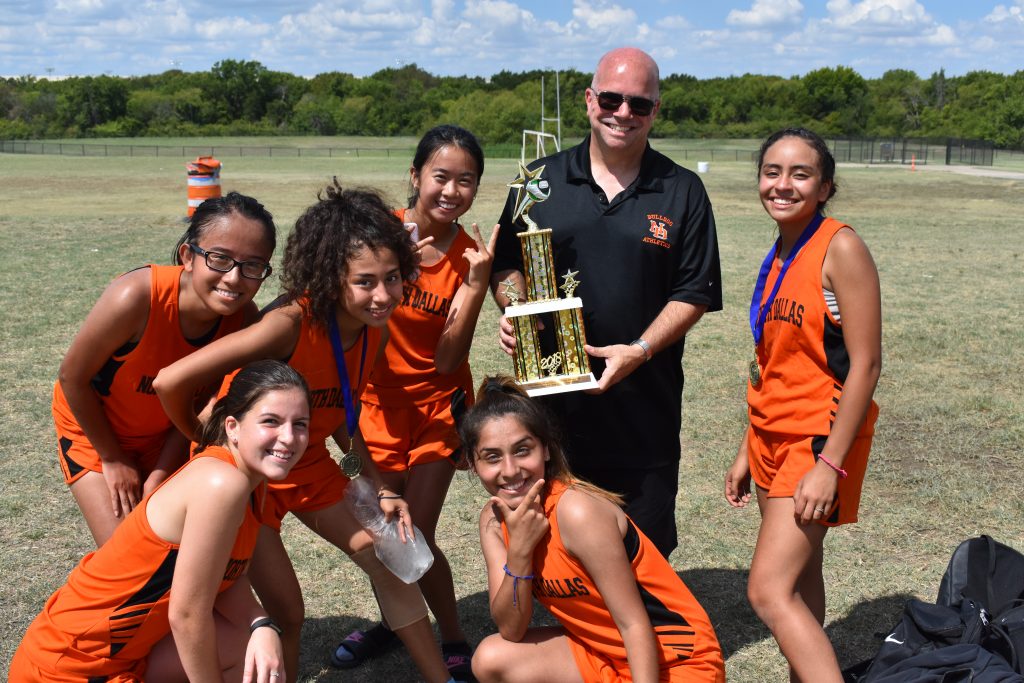 Yomara, who is in her first year running cross country, had the best girls’ time in the first meet at Lynn Creek Park in Grand Prairie. She was in fourth place most the race but was edged out at the finish line.

“It was hot. My time actually went up,” Yomara said afterward. “The hills killed me. There’s a lot of rocks.  The first one that I ran was easier because there was only one hill. This one is like going up and down and all around.” 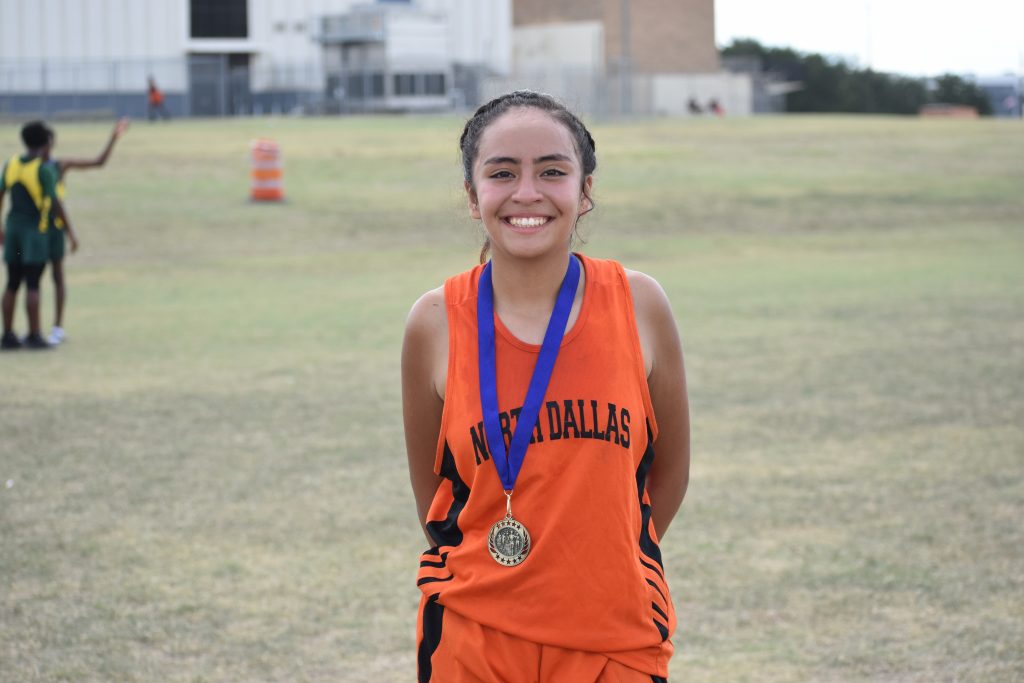 Yomara Gutierrez finished fifth in 16:26 in the girls varsity division.

Ruby Gutierrez, Yomara’s sister, said, “It was just too hot. Actually, it was hard breathing. Today was hard for running.”

And although she’s run here before, Ruby said it wasn’t any easier this time.

“I got better, but at the same time, we started a different way,” she said, “everybody was in different place, but yet, it was still 2 miles. It’s still hard.”

Sergio Cibrian, who is also new runner to the team, was also running his first two-mile run.

“It was hard. I had some pain inside,” said Cibrian, who started strong but started hurting in the second mile. “It was more individual work. That was hard.” 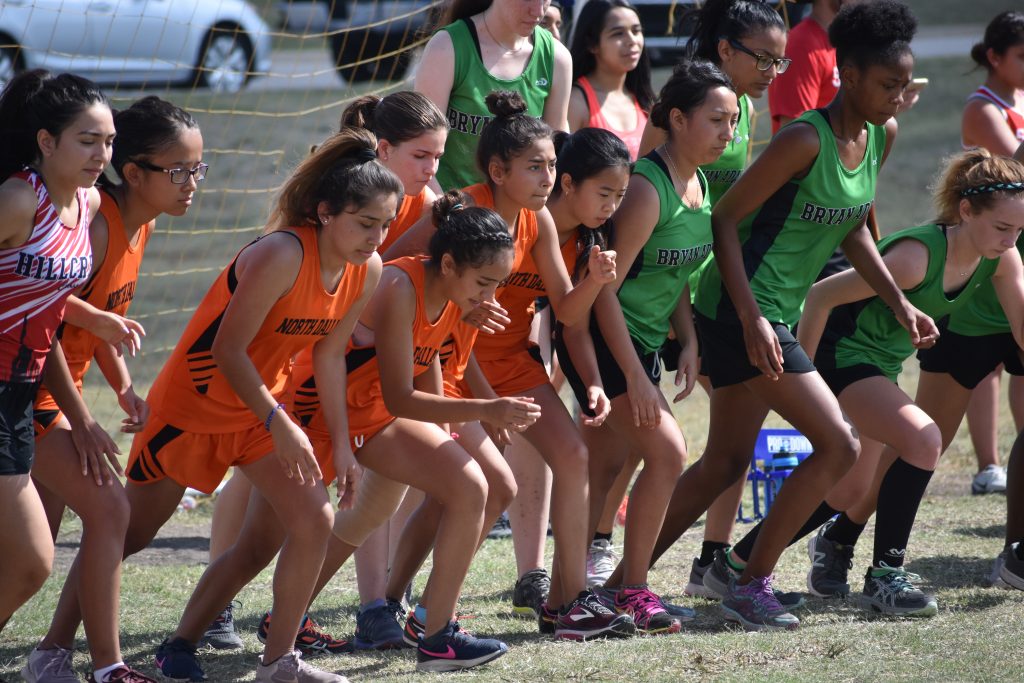 The girls varsity team takes off at the start of the meet.

Tina Nguyen also noted the hills and the hot weather.

“All of it really. All of those factors,” said Tina, who was also running for the first time at Jesse Owens Complex. “They made it really difficult just going up the hills. You have to use your legs, and we’ve been working on that every day. So we’re all sore, all the girls are sore, all the guys are sore. So, just the weather conditions, the sun is blazing on us and there’s no shade.

“I feel like for me, mentally, that was one hard thing. So seeing all these girls, I was like ‘OMG’ because this was my first time running two miles. At first, I was really bad at running and so I kept on working.”

And then quickly changing her tone from stress to positive, Tina said, “I think we did pretty good today.”

Tina was right — North Dallas left with some trophies. 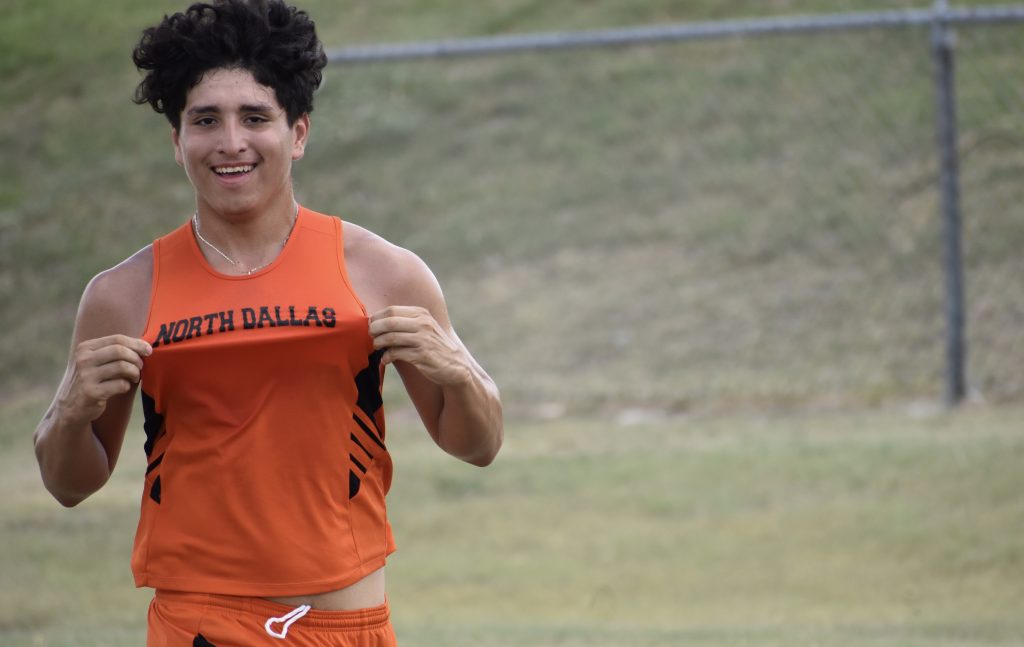 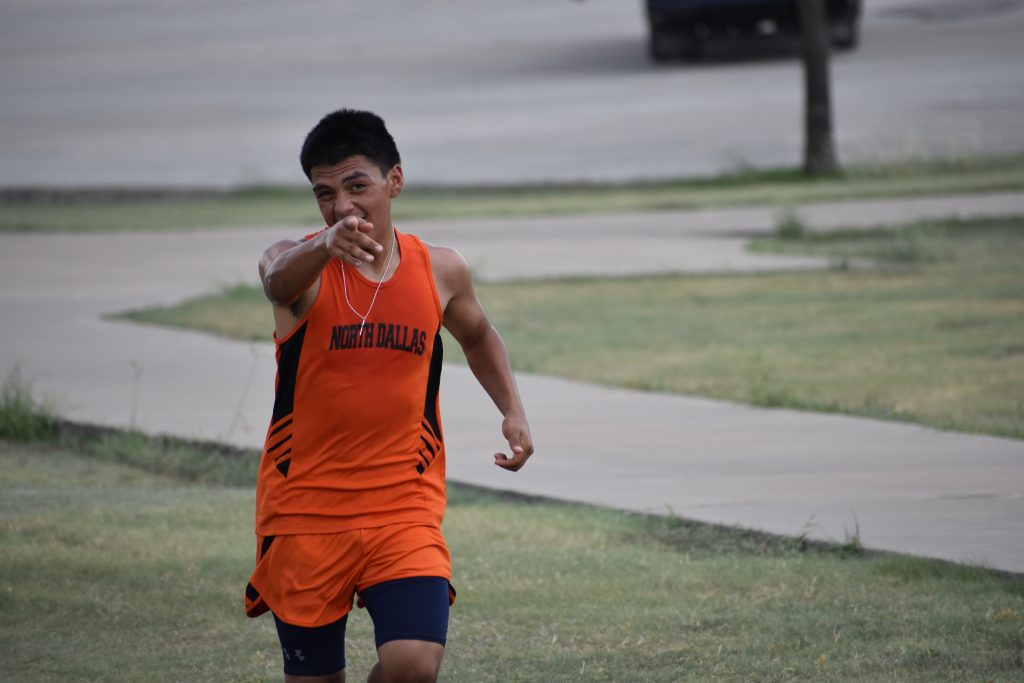 Adan Galvan points the way during the boys two-mile run. He finished in 16:12. 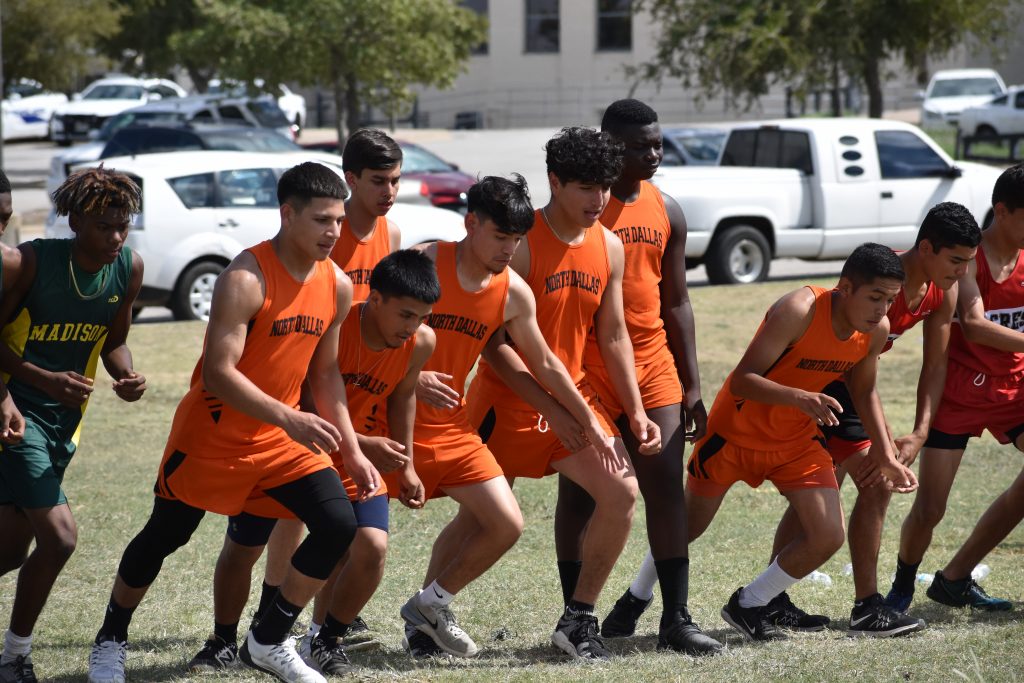 The boys varsity team lines up at the starting line.