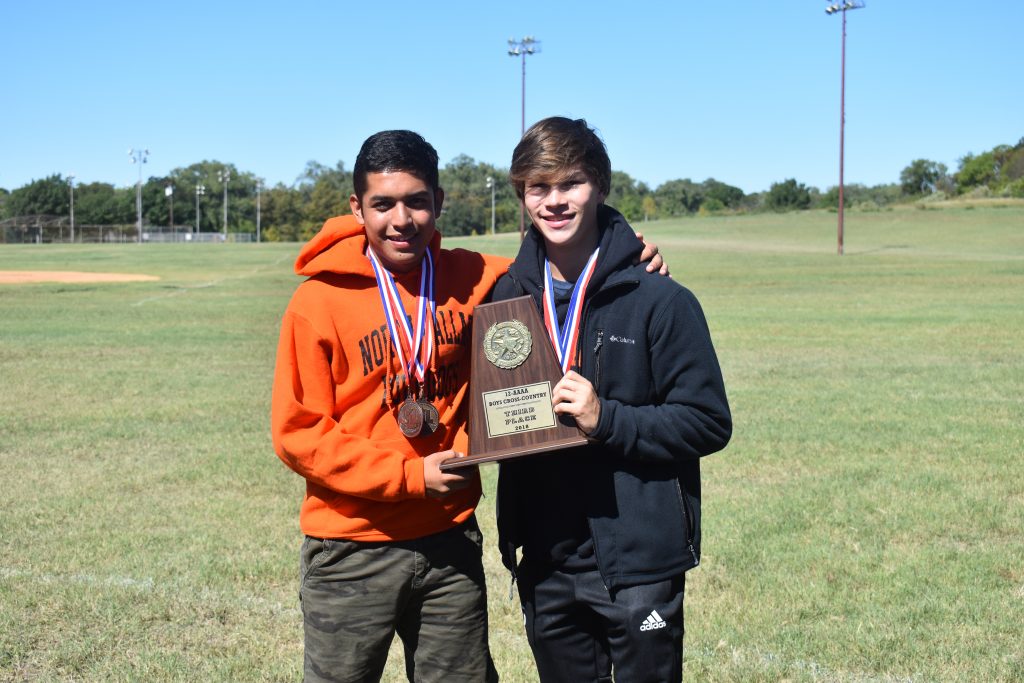 After finishing sixth in the District 12-4A cross country meet, North Dallas runner Sergio Cibrian said he dedicated his race to his coach, Troy Power, because of his coach’s support and faith this season.

“I’m doing this for him because he supported me every day to do this,” Sergio said quietly.

Sergio finished sixth in the three-mile district race in 19:46, behind teammate Sonnie Mathis, who finished fourth in 19:32. The two North Dallas runners pushed each other with a friendly competive spirit.

“I was in third place, and then I took the wrong way,” Sergio said, “and Sonnie passed me.”

Sonnie steered Sergio back on the right path, and both are now heading to regionals next week.

“It was good,” Sonnie said. “Sergio was ahead for the first half of the race, and then I caught up to him on the curve, and I just took off. I was like, ‘I got to win this time.'”

Yomara Gutierrez finished seventh in the girls district race but was hampered by a hamstring injury, especially at the end.

“It was pretty challenging because there was a lot of hills,” Yomara said. “I hurt it [hamstring] two weeks ago. It was minor, but it still hasn’t healed that well. … At the end of the race, it started to pull, so I have to stop or slow down or something like that. At the end, I couldn’t sprint.”

“I think I could have done better,” she said. “The hills like we’re used to them already but there was a lot of mud out there on the trail. Other than that, I think we did pretty good. … My time wasn’t what I wanted but I finished.”

Xya recalled Coach Power’s words at the start of the race.

“He told us before we ran that this is the best team he’s had,” she said. “All he wants us to do is finish and not get hurt.”

The girls finished second and the boys finished third and both are heading to regionals on Oct. 22 at Lynn Creek Park in Grand Prairie. 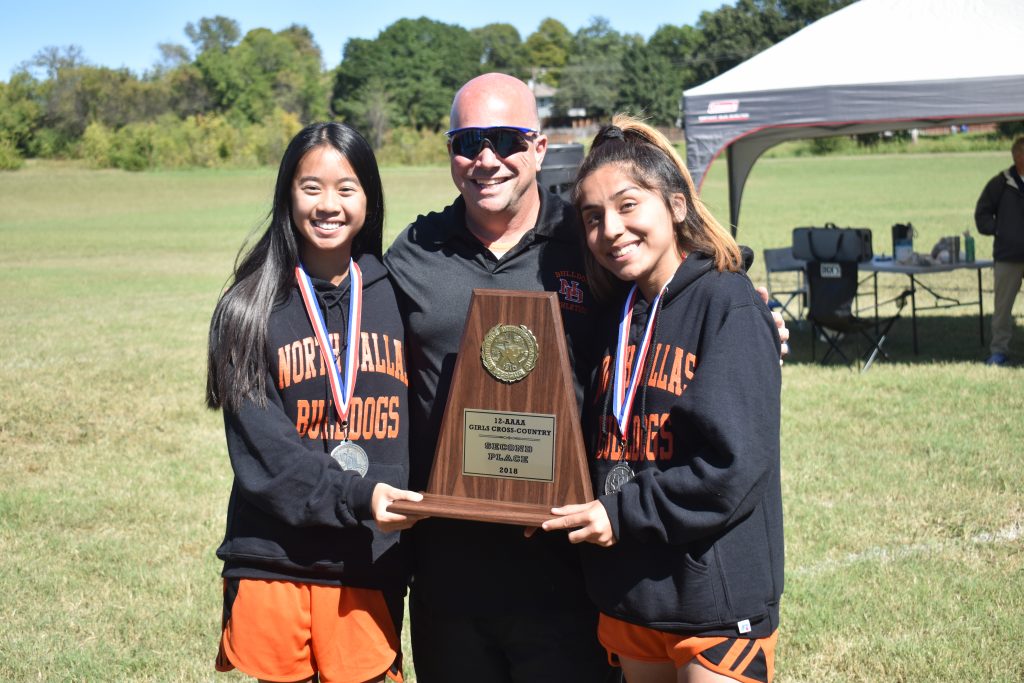 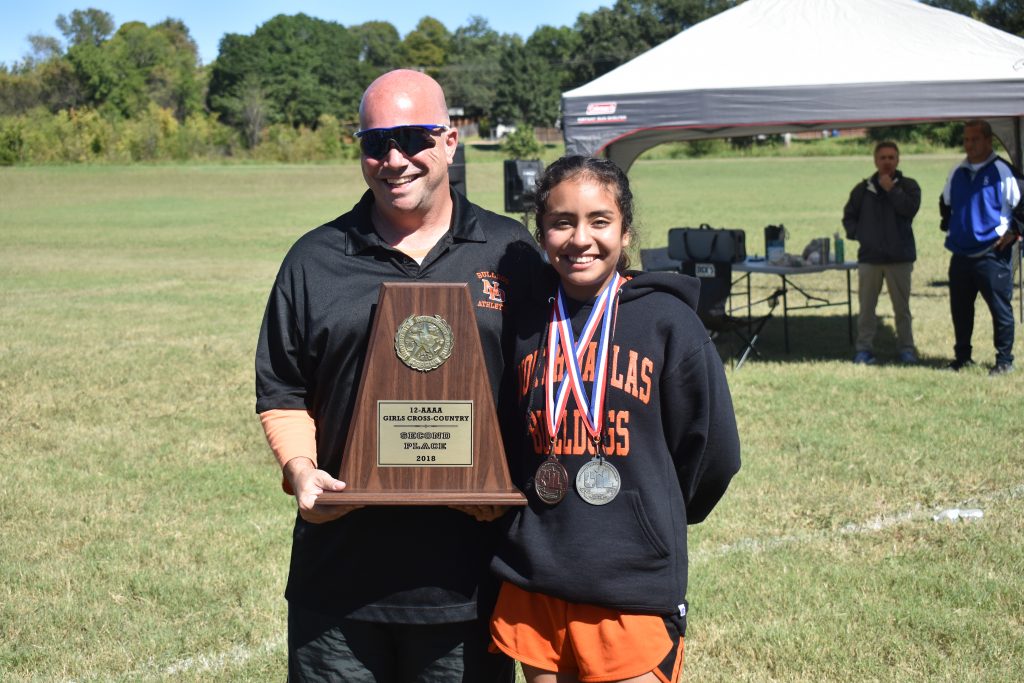 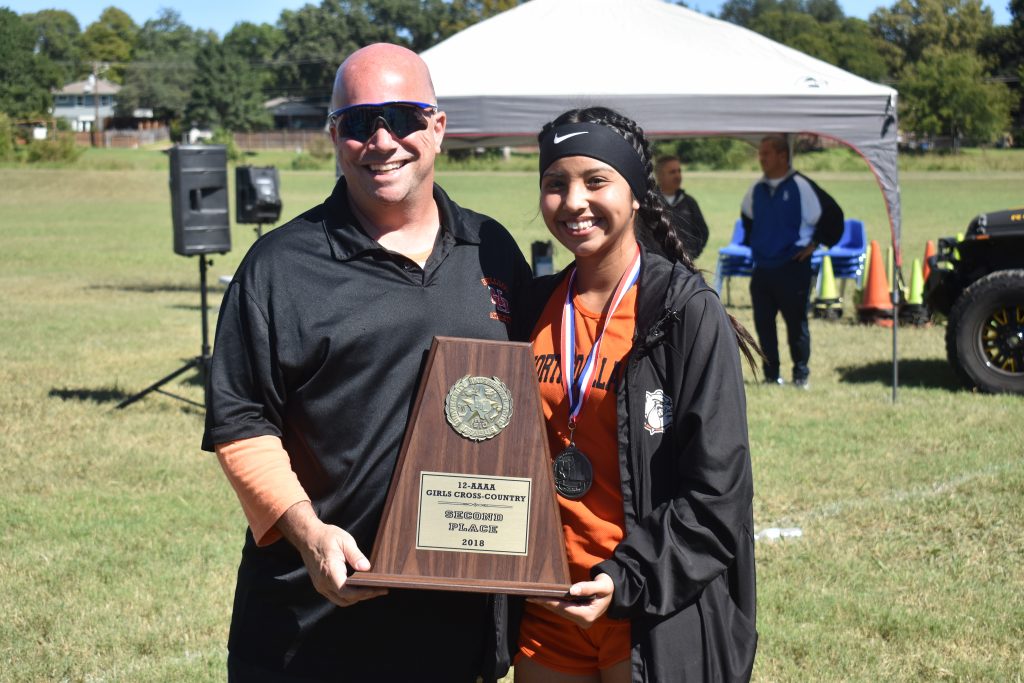 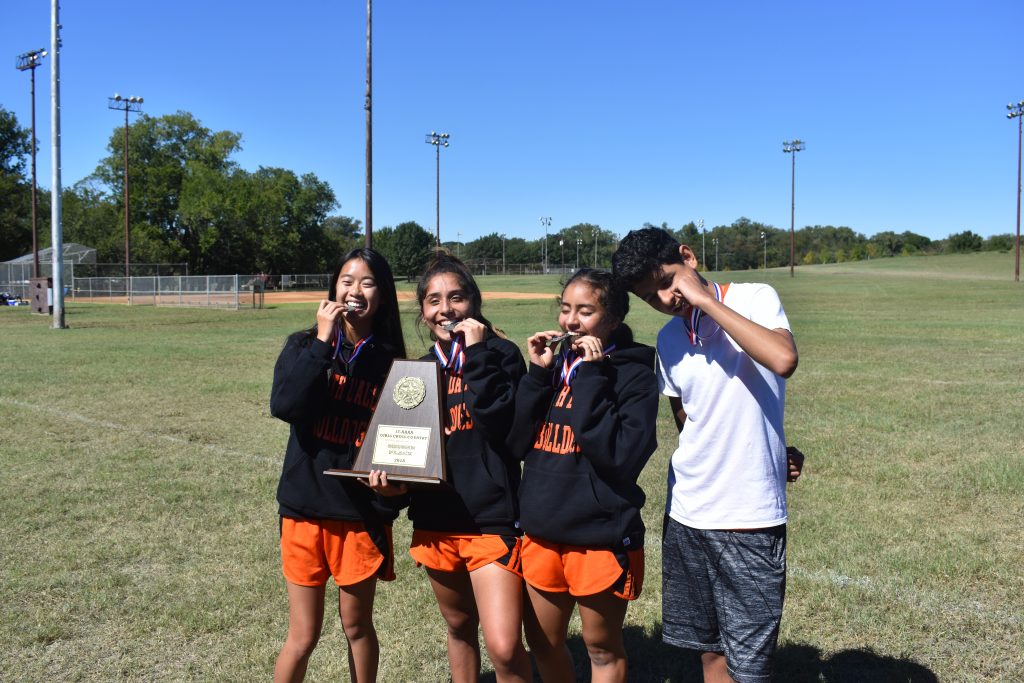 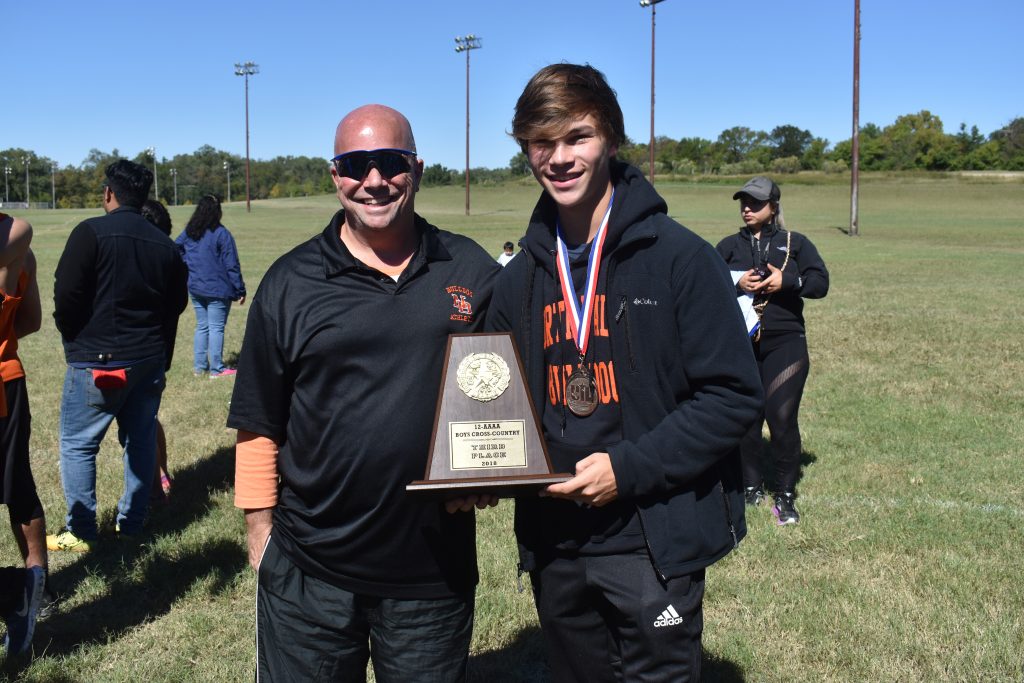 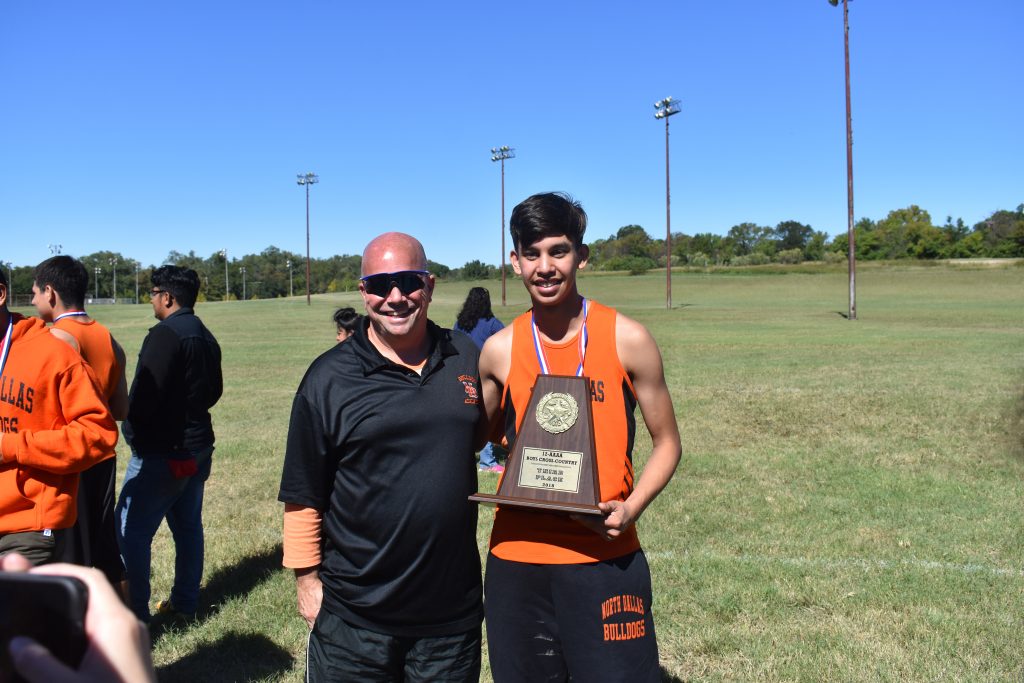 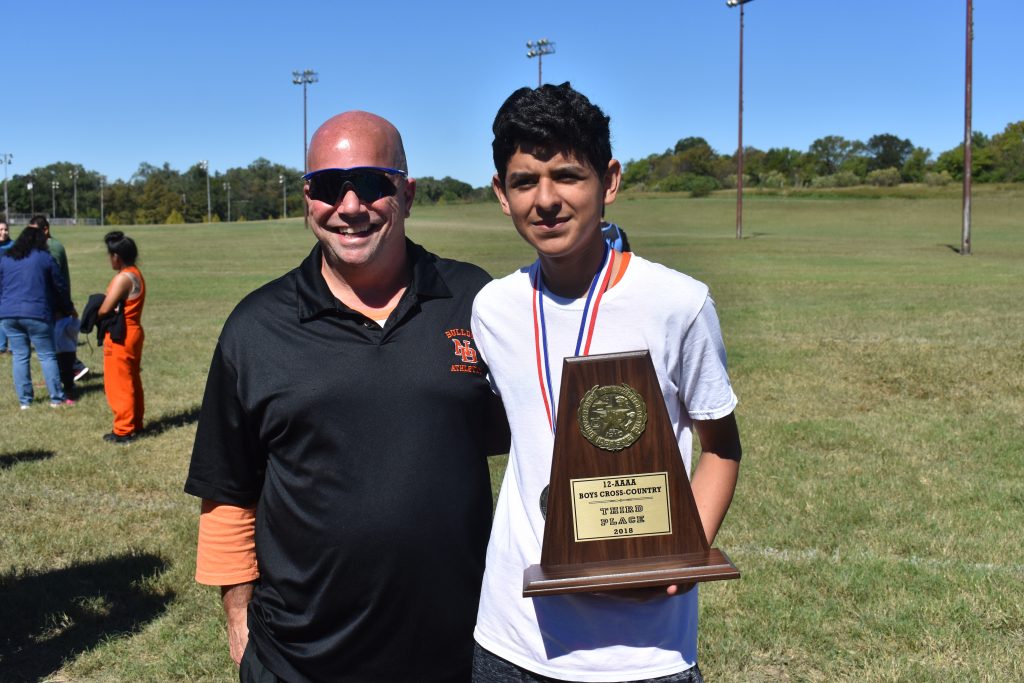 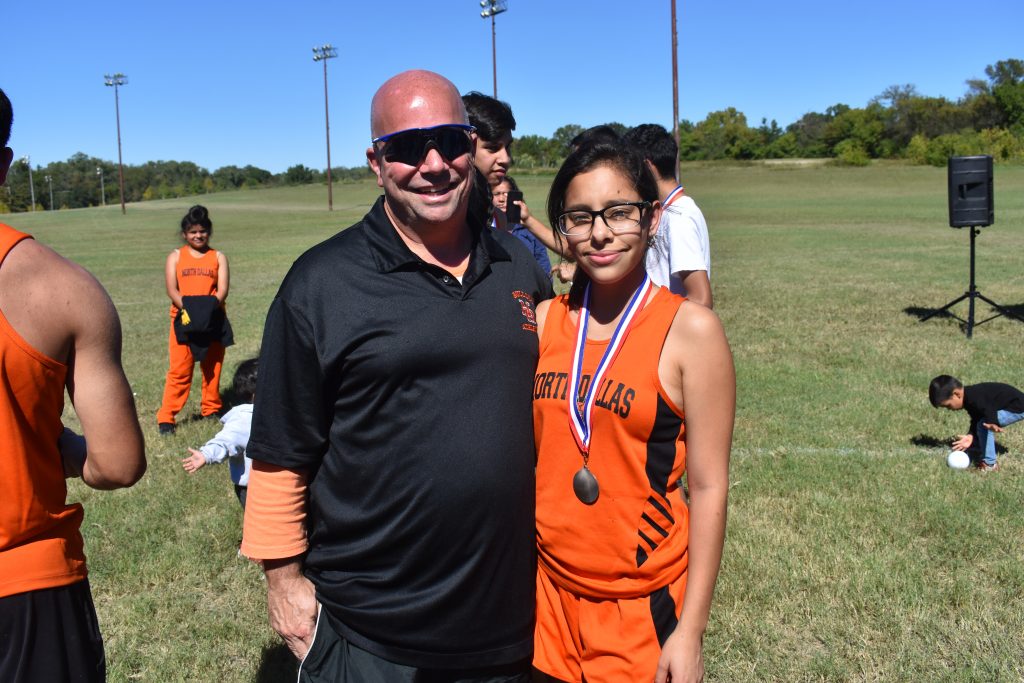 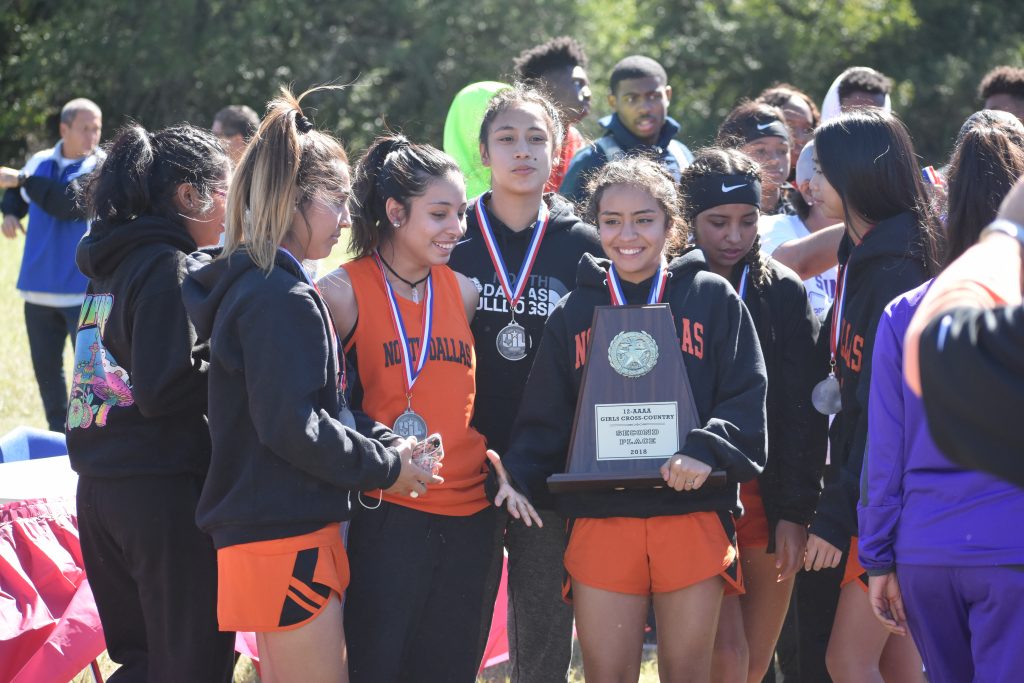 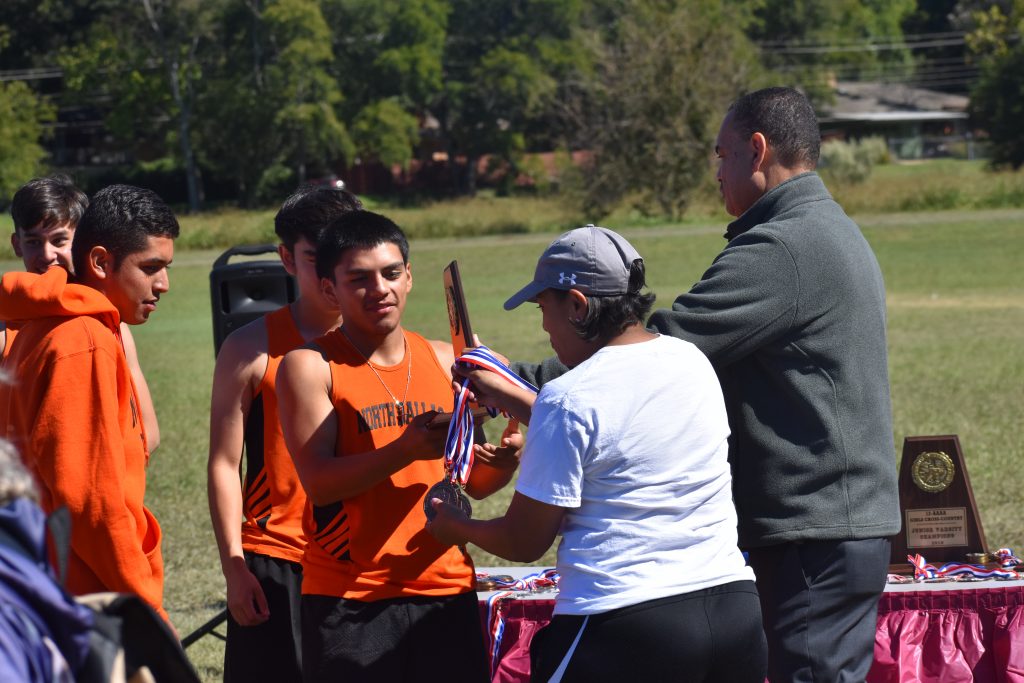