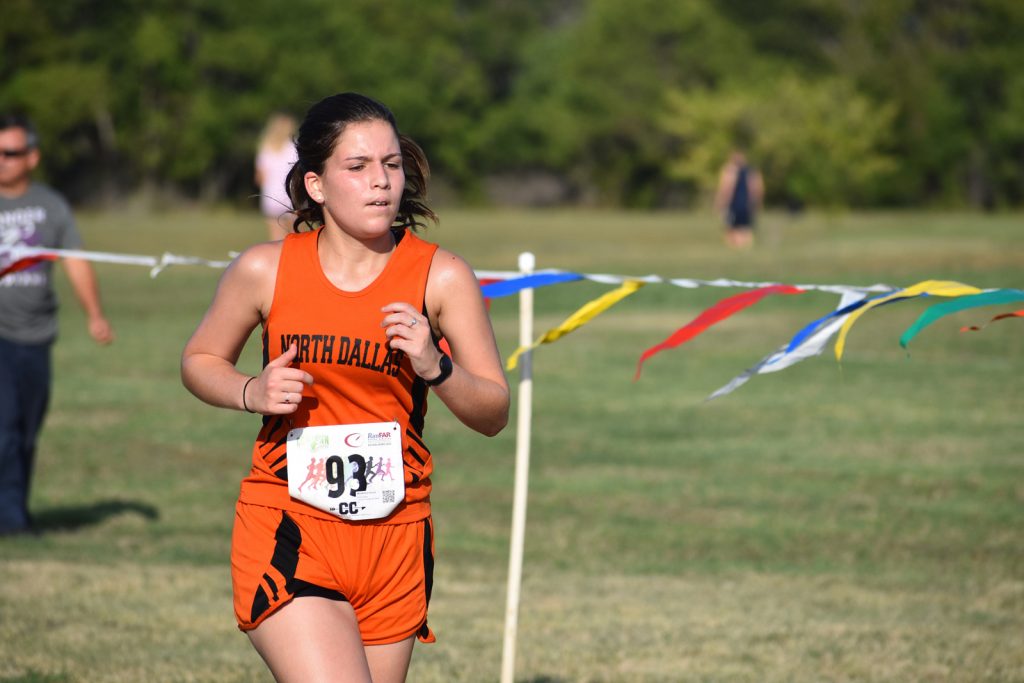 “It’s not something I ever thought I would get named.  It’s surprising,” Mari said Thursday at the swim meet.

How do you feel?

Mari was informed by North Dallas cross country coach Troy Power, who nominated Marielena.  To be earn a spot on the academic all-state team, Marielena said you have to have at least a 92 GPA, good test scores, good ranking and then they have to select you.

“She is a very diligent student and pays great attention to detail,” Power said about Mari. “She is a leader in both the classroom and on the field.”

About her season, Mari said, “I didn’t get to finish out the season because I had another surgery. It was good. I felt like I was doing good right up to the surgery. The girls and the guys all did really good. They both advanced to regionals.”

Mari is now competing for the North Dallas swim team, where she competes in the 500 meters and the breaststroke events. 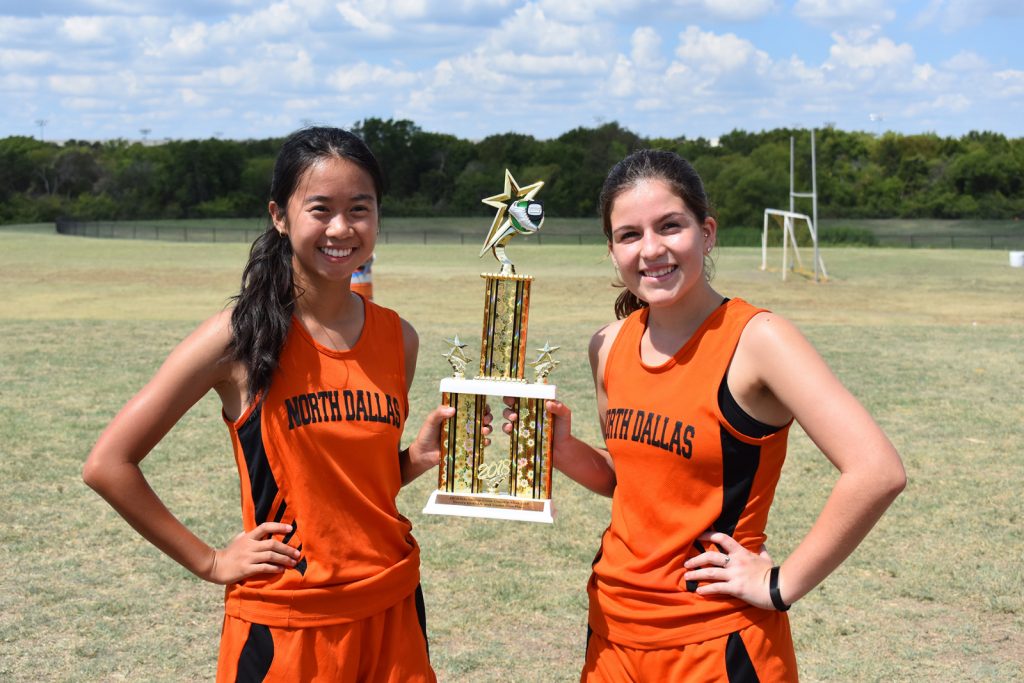 Tina Nguyen and Marilena display the first place trophy from the DCA meet. 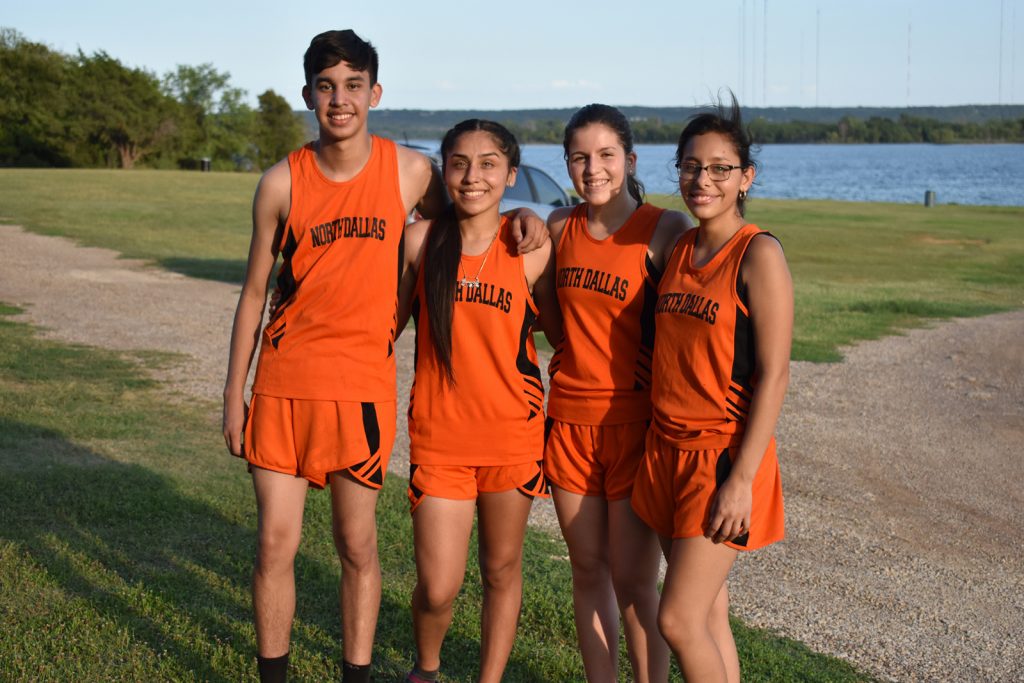