Last spring, Christina Herrera, who teaches US History/ APUSH and AVID IV at North Dallas, had a heart attack at the school. She underwent triple bypass surgery, and then began a long recovery program.

Thanks to support and strength from her former North Dallas classmates Juanita Cano and Rey Alvarez, Herrera is fighting back. She was part of the Team Christina in the 5K at the BMW Marathon over the weekend.

Herrera, who said she began training six weeks ago, completed the run Saturday in 51.21 — six months after the heart attack.

“Today…great!” Herrera said in a message on Sunday. “Little cramps here and there nothing too bad. Next, continue training for 5Ks….I think I’ll shoot for the 10K next year’s BMW.”

In the Ch. 8 video, Herrera said her mom and sister died of cardiovascular disease.

“It’s not for my mom or my sister as much as I want it to be, it’s for me,” Herrera says to reported Jobin Panicker in the Ch. 8 video.

Here is a look at Christina Herrera’s journey in her first 5K through a series of Facebook posts. 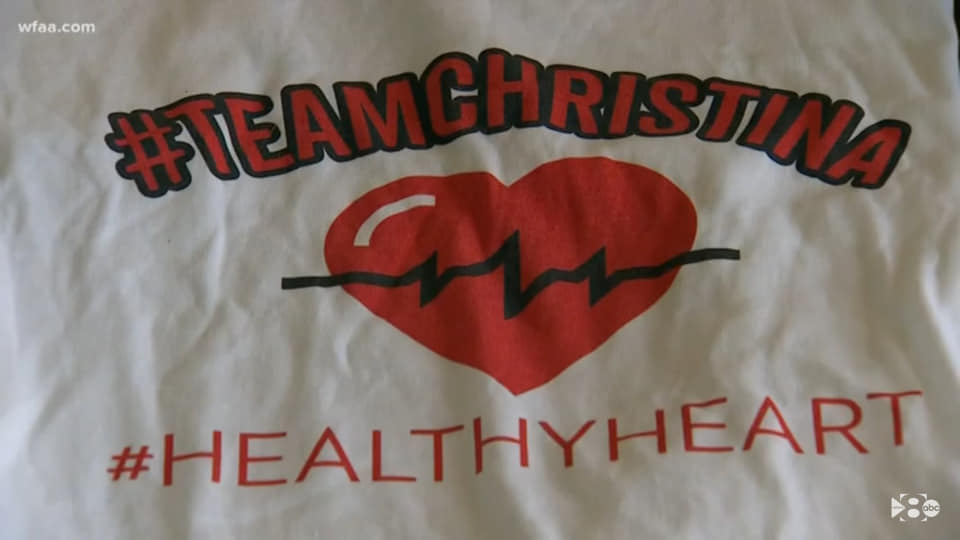