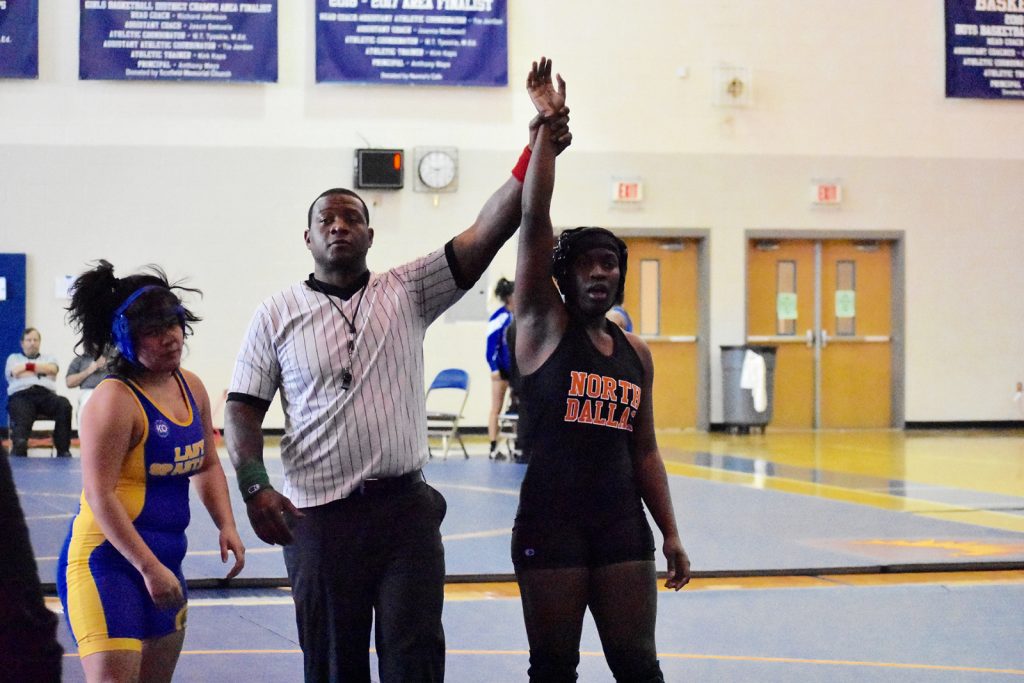 Ladaysha Robinson won her match over a Samuel wrestler en route to the 165-pound final.

On paper, it appeared that North Dallas teammates Jayla McIntosh and Ladaysha Robinson might face each other in the 165-pound final on Saturday at the Conrad wrestling meet. But the state qualifer from Kimball foiled that thought.

Jayla lost to Destiny Miles of Kimball in the second round and Ladaysha beat two opponents to reach the 165 final against Miles, where she also lost. Jayla was able to battle back and take third place.

‘I almost had her. You win some, you lose some,” Jayla said about Miles. “I got third overall. I’m still proud of myself. I tried my best. She is a state qualifier. Me and her have been wrestling for the same amount of time. We have the same experience but she’s a little stronger.”

For Ladaysha, her match against Miles was better than their first meeting at the R.L. Turner tournament.

“Way better than first,” Lasaysha said. “Hey, compared to the first match against her at the R.L. Turner tournament, that was a quick match.  But this match was way better. I put up a better fight.” 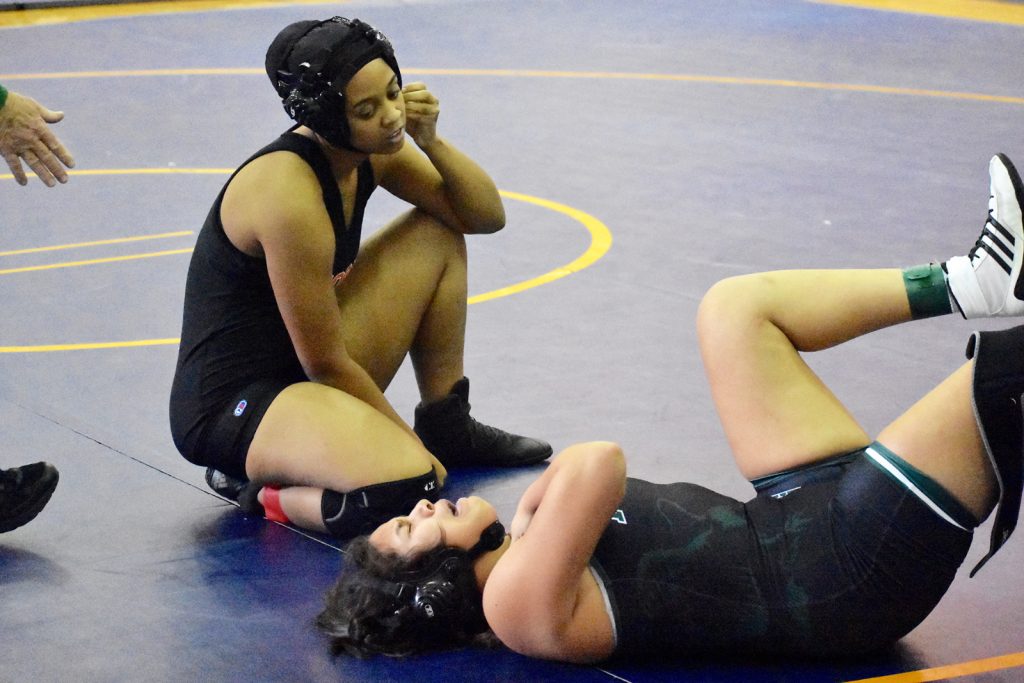 Jayla pinned her opponent en route to finishing third in the 165 category. Her opponent was injured in the pin.

“Kimball’s tough, and both of the Kimball girls we lost to both are state qualifiers,” said North Dallas coach Matthew Clay. “It’s good that we’re winning the matches that we’re supposed to win, and the matches that are tough. We still got time [before district meet.]”

Jayla, who was a regional qualifier last season, was pleased with her performance.

“I feel like I did pretty good today,” she said.

Ladaysha, who is in her first year wrestling, was also pleased.

“It was pretty good. My second match was tiring. I got tired by the second period but I kept going and I won,” she said. “It was good. It was earned, very earned.”

The Bulldogs wrestlers’ next meet is Jan. 5. 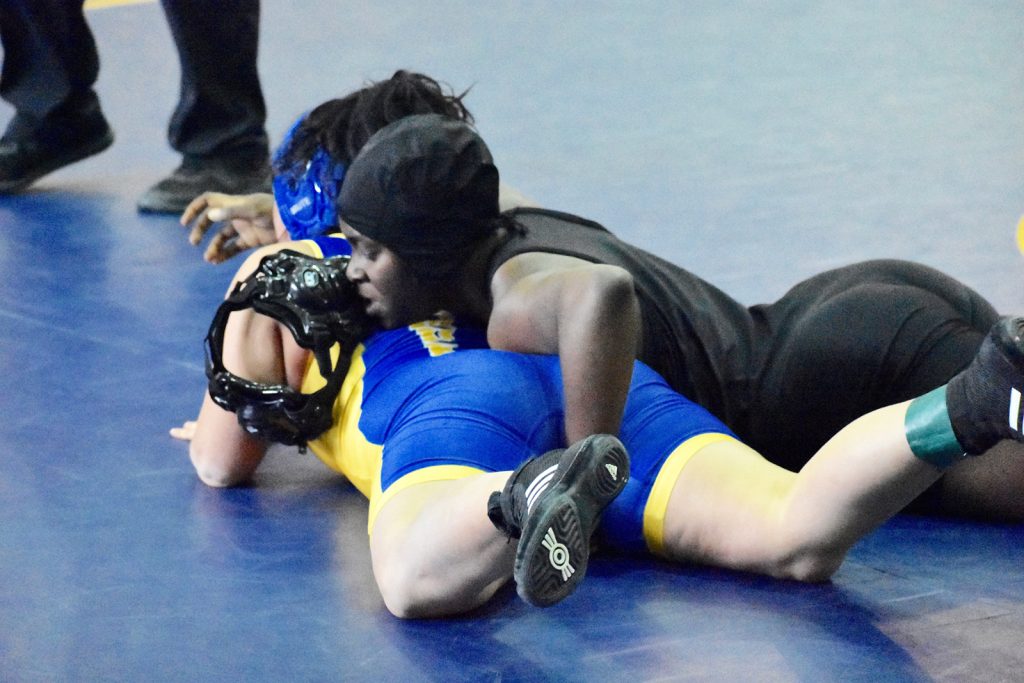 Ladaysha loses her headgear as she competes against a Samuel opponent. 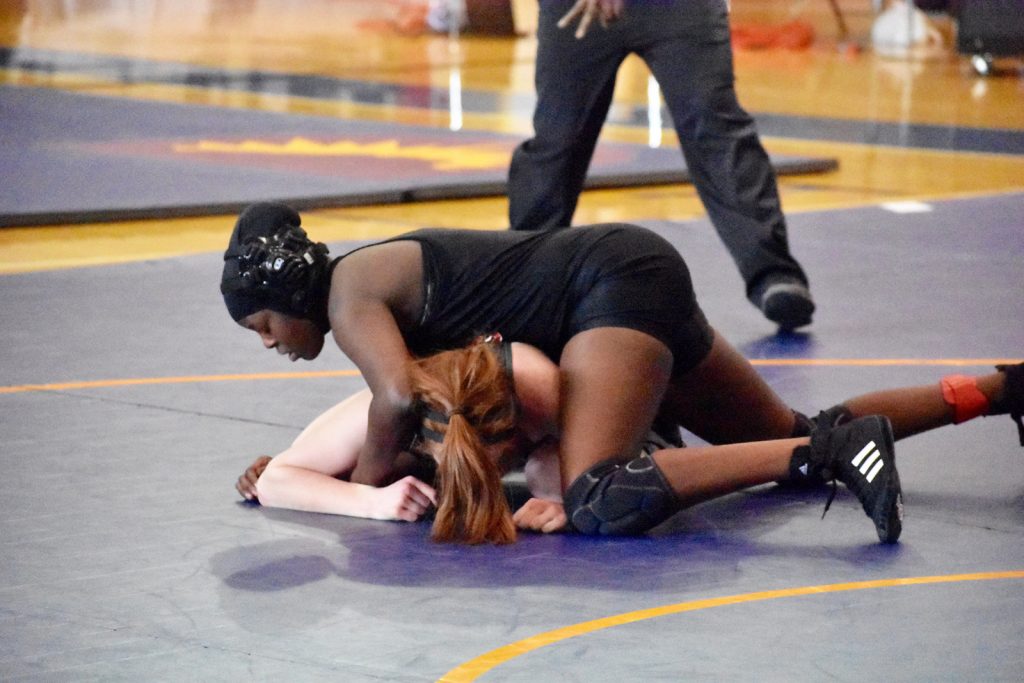 Vivian Anthony has the upper hand on her opponent in the 148-pound weight class. 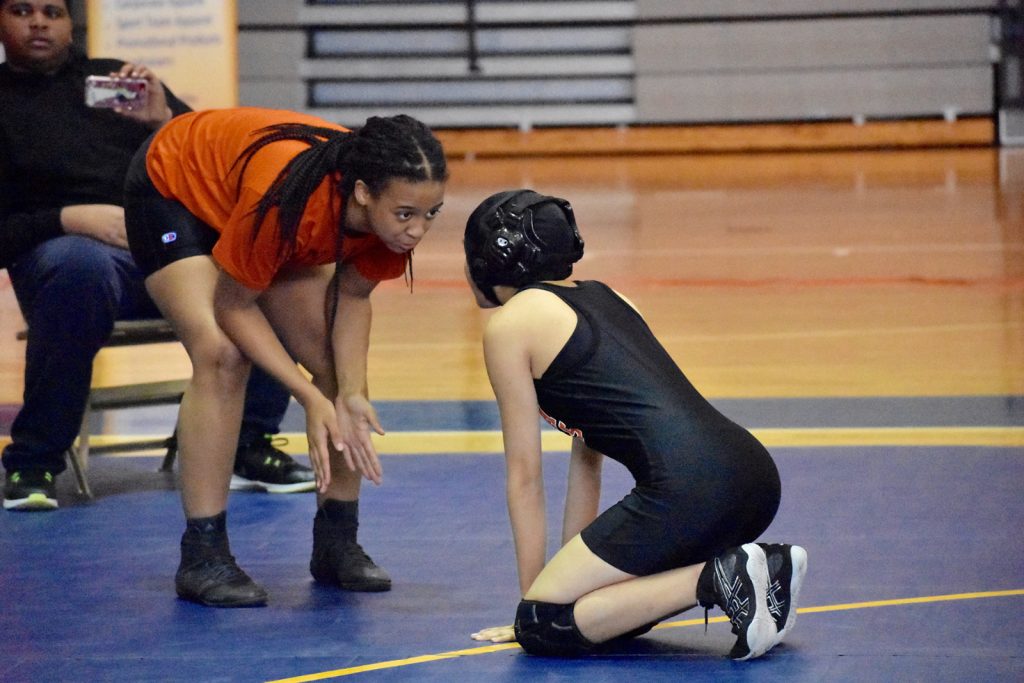 Jayla McIntosh talks to Holli Quach during a break in her match. 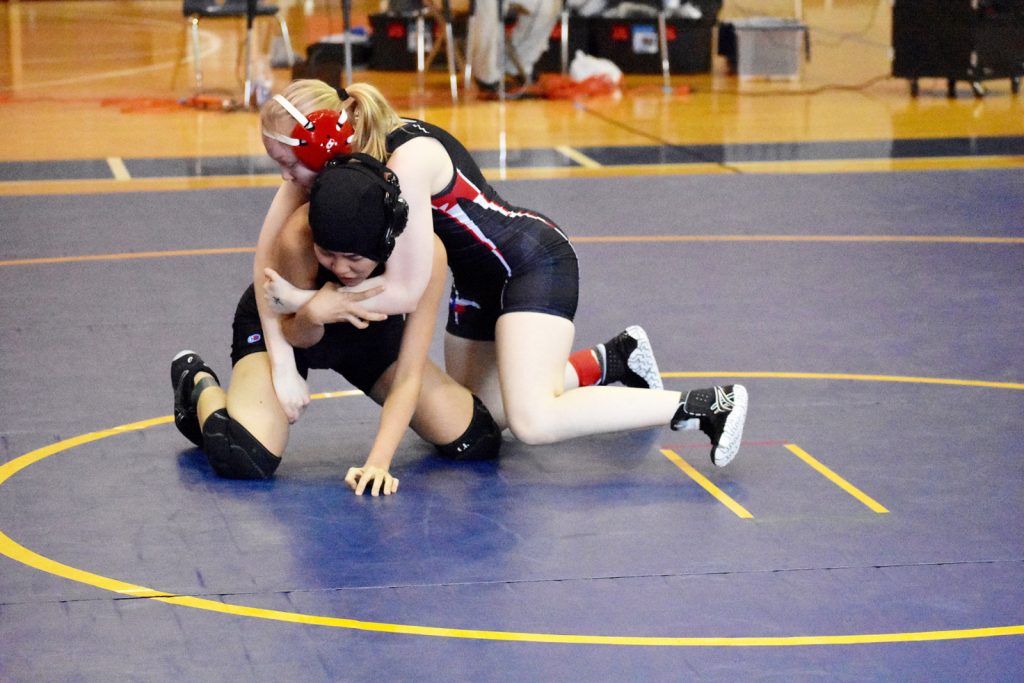 Holli Quach works to free herself against a Pearce opponent.