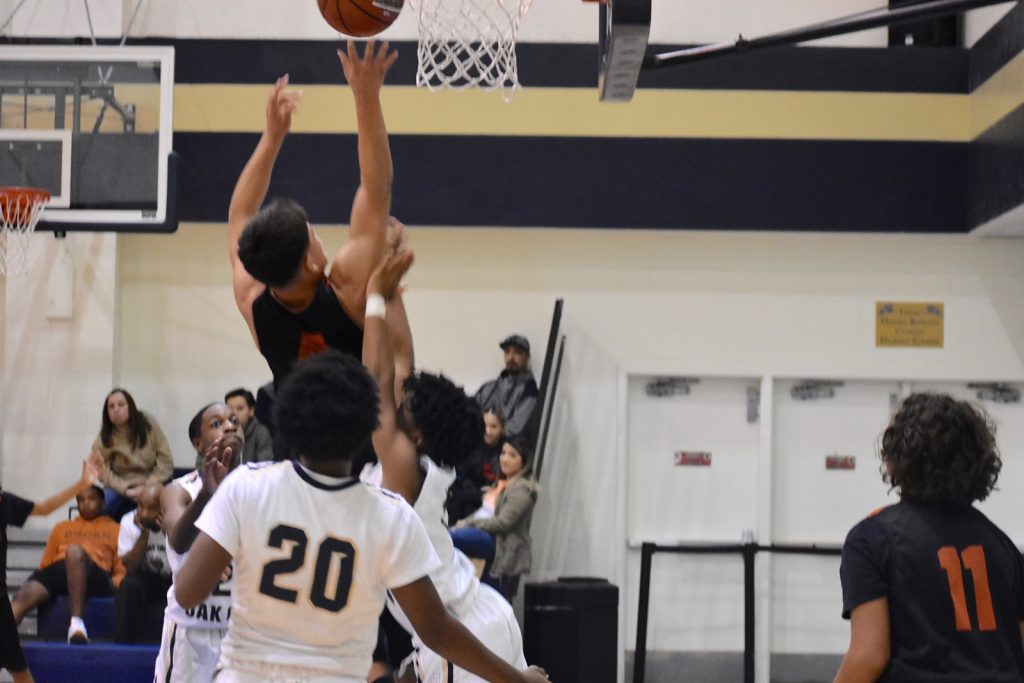 Christopher Xavien Shay goes up for a shot against Life School Oak Cliff.

According to his dad, Christopher Xavien Shay has wanted to play basketball. Now in his junior year at North Dallas, it was time to give it a try.

Xavien, who was an all-District 12-5A pitcher on the baseball team last season, is a starter on the North Dallas junior varsity basketball team.

“I’ve been wanting to play, but I never really had time,” said Xavien, who also goes by Chris. “So I decided that if I want to do something I should do it right now. Because later on, ahhh … so I just might as well play it now. It’s going pretty good.”

But Xavien is not only excelling in basketball. This fall, he was on the varsity cross country team that advanced to regionals and also played on North Dallas’ district champion squad in team tennis.

“Chris has been great this season. It is easy to see why he has had success in tennis, cross country, and baseball,” said junior varisty basketball coach Eric Gracia. “The kid plays with heart and is always attentive when being coached. He has been one of the top scorers on the JV team this year.”

Gracia credits Chris’s “hustle” for “his success on the court.”

“He attacks the basket hard, dives for loose balls, has active hands in passing lanes, and fights for rebounds,” Gracia said. “He does a lot of the little things required to be successful and it has been contagious with the younger guys in the group. Most importantly, though, Chris has been a leader on our team. We have a lot of young guys on this JV team (8 freshmen, 4 sophomores, and 3 juniors), so to have a kid like Chris who has won district championships in baseball and tennis be a leader and bring his winning experience to this team has been great for the young guys.

“If we kept stats for JV, Chris would fill it up with deflections, steals, and rebounds, but his most important contributions don’t show up on any stat sheet. He’s a great teammate, a great leader, and the type of kid every coach wants in their program.” 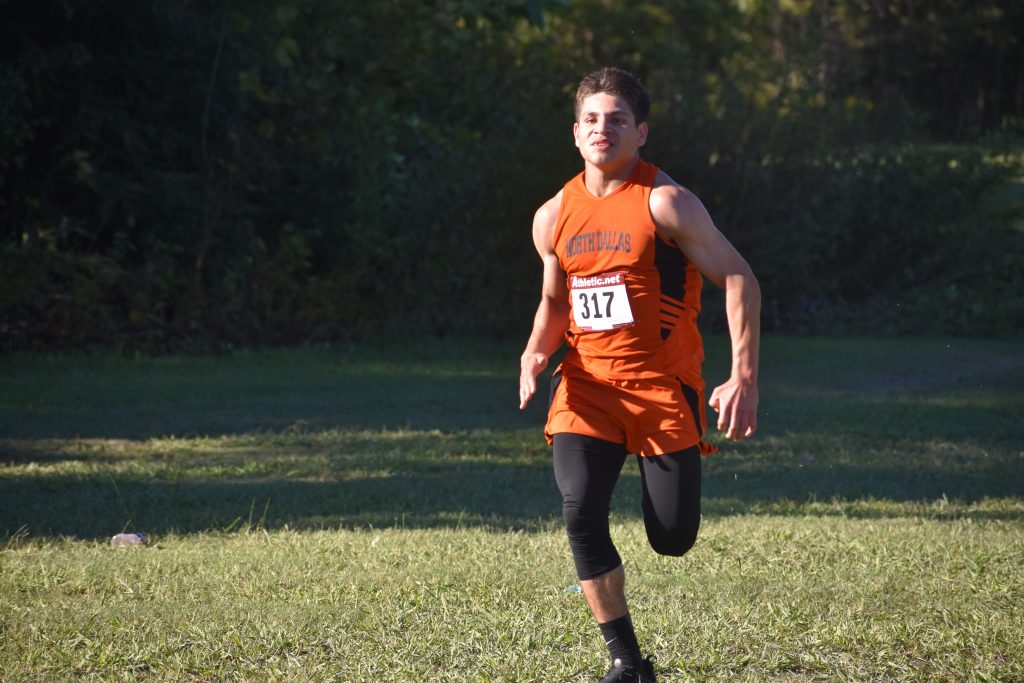 Xavien said cross country helped him become mentally tough. “I pushed through it,” he said.

Xavien ran cross country for the first time, and his best time was 22 minutes at regionals.

In team tennis, Xavien went undefeated in singles and doubles in District 12-4A play.

“Tennis was something new to me. I never tried it out,” Xavien said. “I just decided since I was going to have my baseball boys out there, I might as well go try it and see if I have fun with it. It was pretty fun. I got to have fun and win games.”

Team tennis coach William Prussack said of Xavien, “He’s a very competitive athlete. Works hard in both the classroom and on a field of athletic competition.” 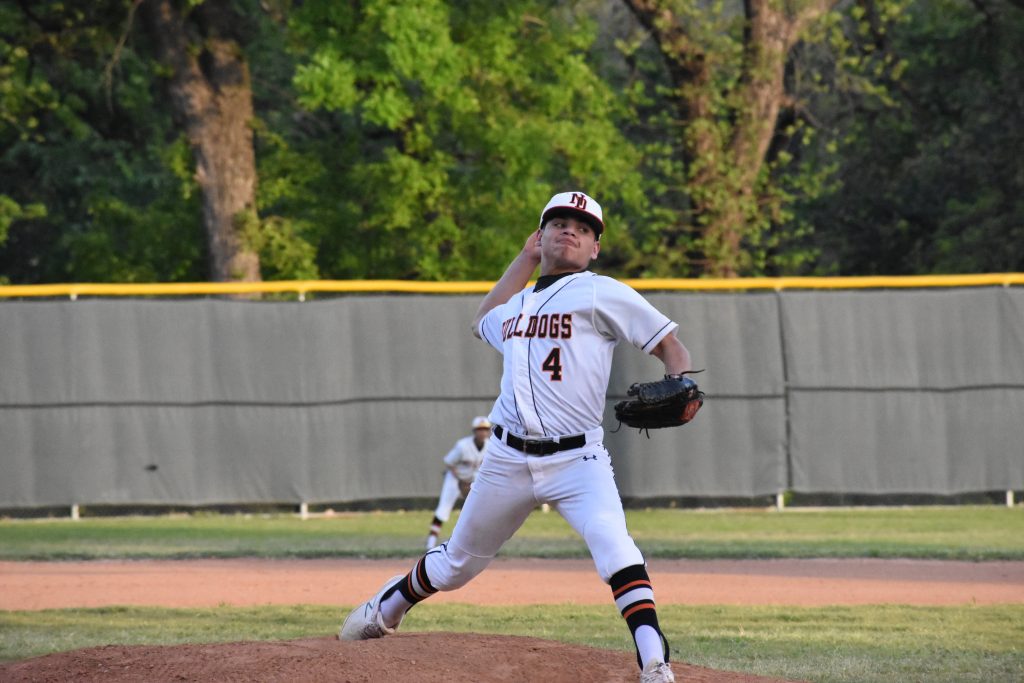 Xavien Shay was district pitcher of the year last season.

Baseball practice begins in late January, and basketball ends in early February. Xavien and the Bulldogs won District 12-5A baseball title last season, and will be aiming for the District 12-4A title this season.

“We’re hoping to go undefeated and win district once again,” Xavien said. “Everybody has been working since last year. We have to back up all the work we did last year and do better this year.” 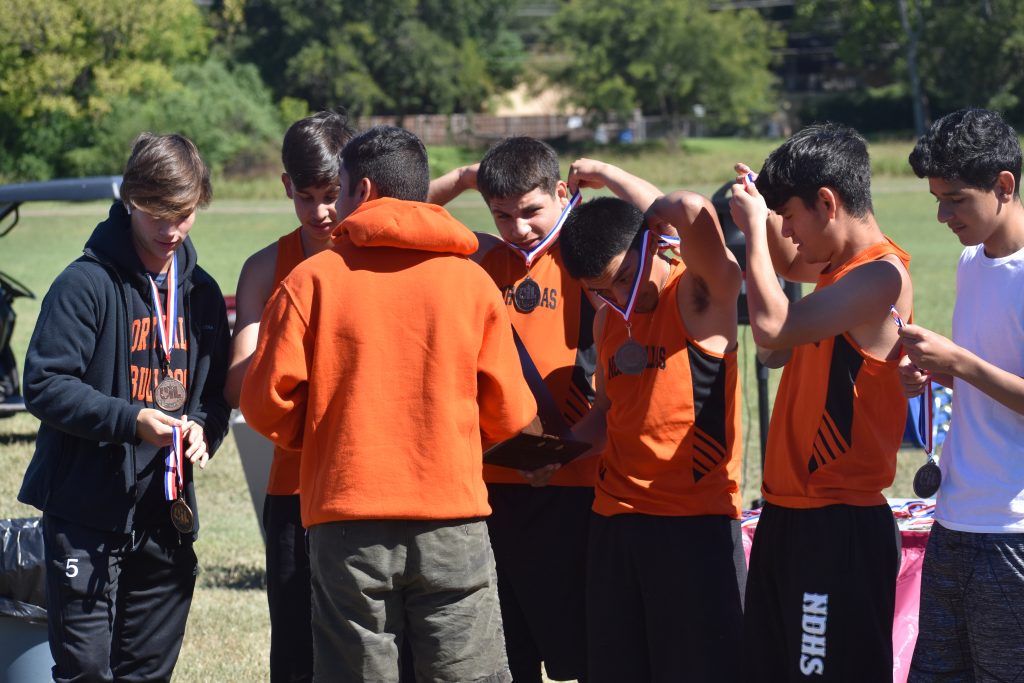 Christopher Xavien Shay (middle) put on their team medals at the district meet. 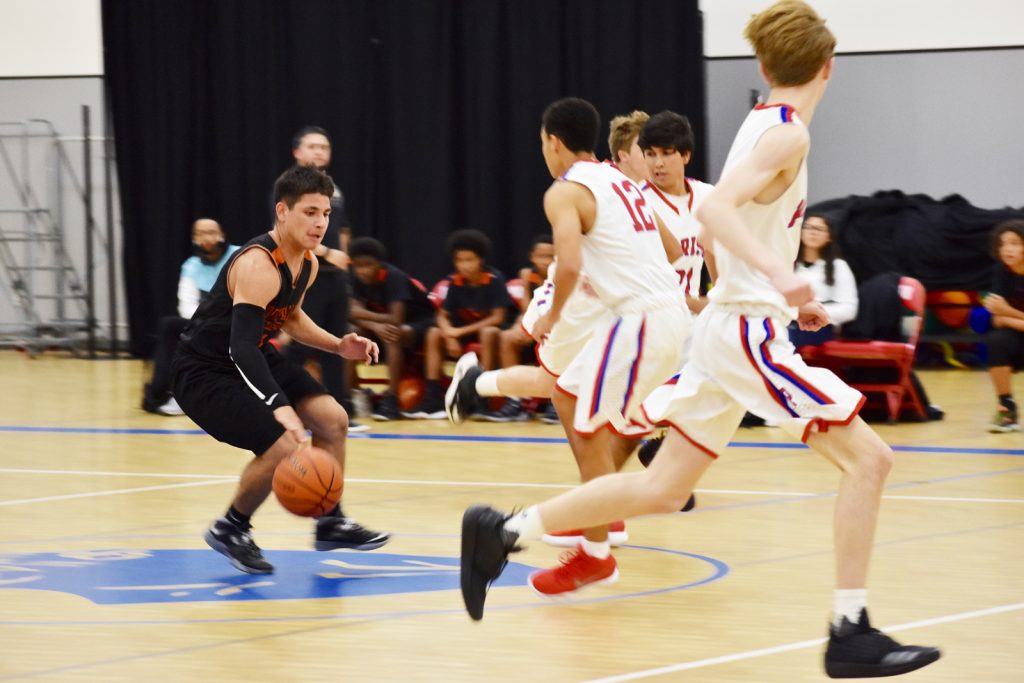 Xavien  tries to move past Parish Episcopal defenders during an earlier game. 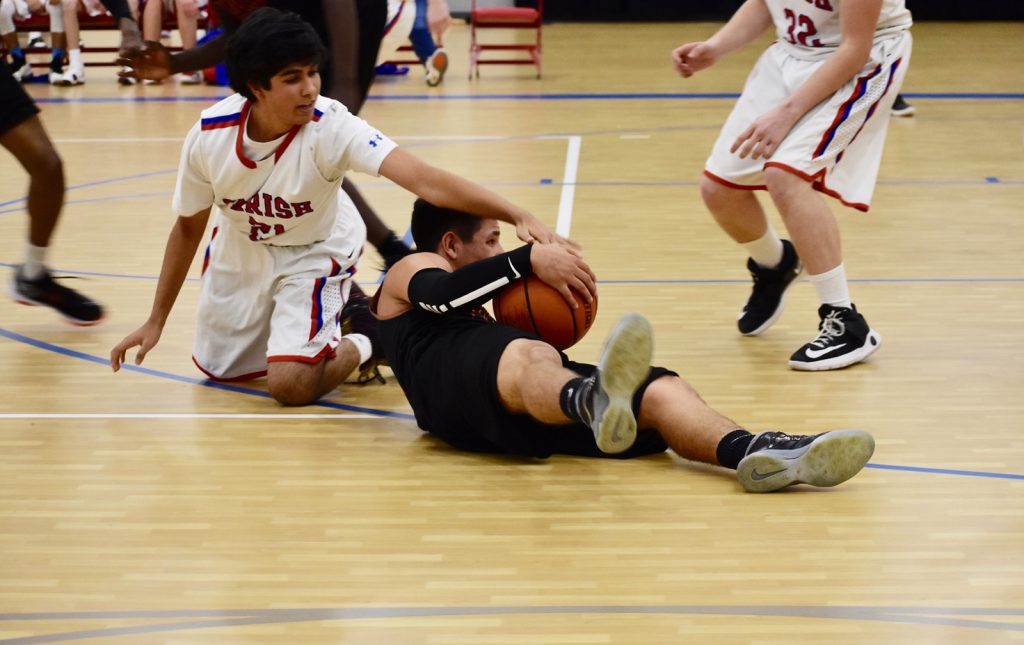 Xavien hits the floor as he dives for a loose ball. 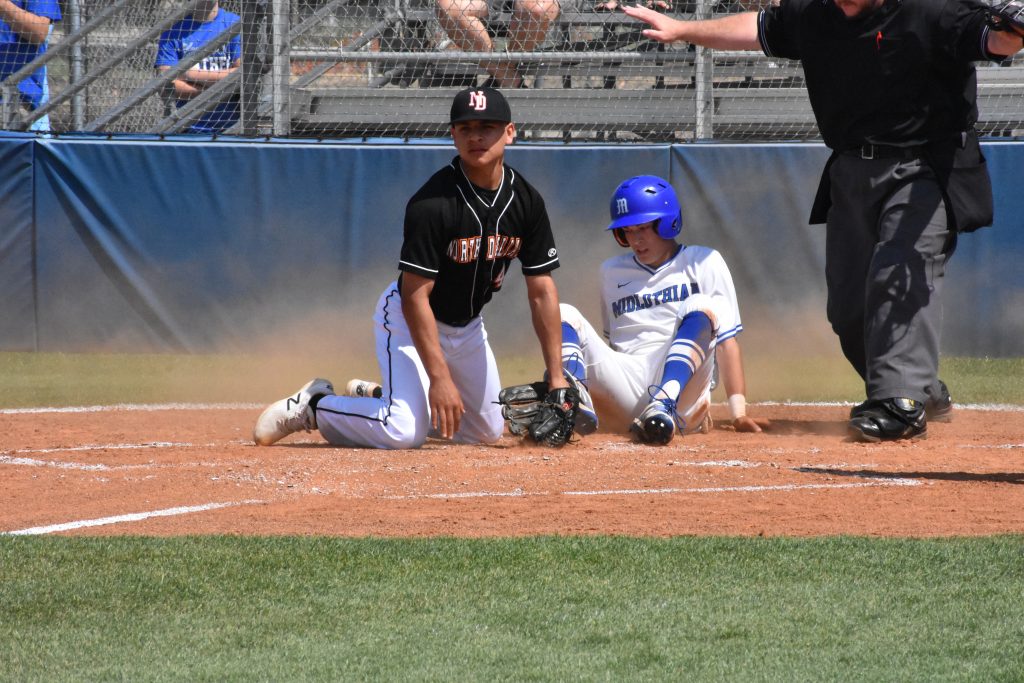 Xaiven Shay applies the tag but the Midlothian runner is called safe during a play at the plate.