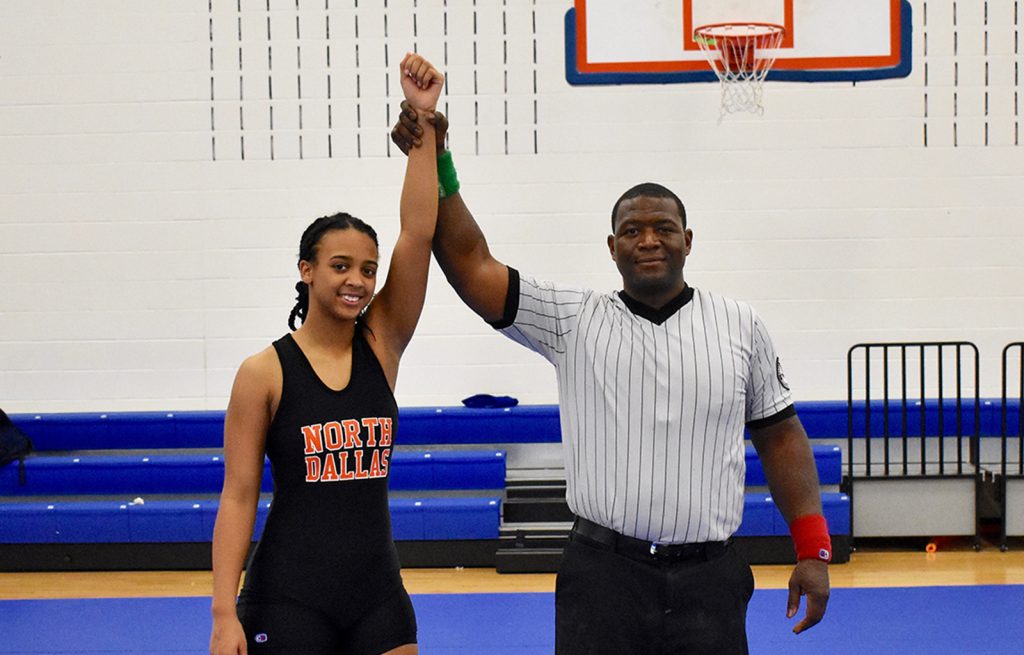 Jayla McIntosh takes first place in the 165-weight class at the All City Meet Saturday at Adamson High School.

For North Dallas wrestlers Jayla McIntosh and Ladaysha Robinson, meeting in the final of the 165-pound weight class on Saturday at the All City Meet was similar to practice.

Jayla had the upper hand in this matchup and took first place at Adamson High School.

“Me and Ladaysha always go against each other,” Jayla said. “So we really know each other, like how we wrestle. It was anybody’s game at that point. We’ve wrestled before and we go back and forth with wins.”

Ladaysha responded, “She knew what I was trying to do. I was trying to shoot, and she said, ‘Nooooo.’ I tried my best but I’m real happy with second place and I’m happy that Jayla got first.”

“I’m thankful that I got third place,” Vivian said. “This is probably the hardest that I have ever worked this whole season.” 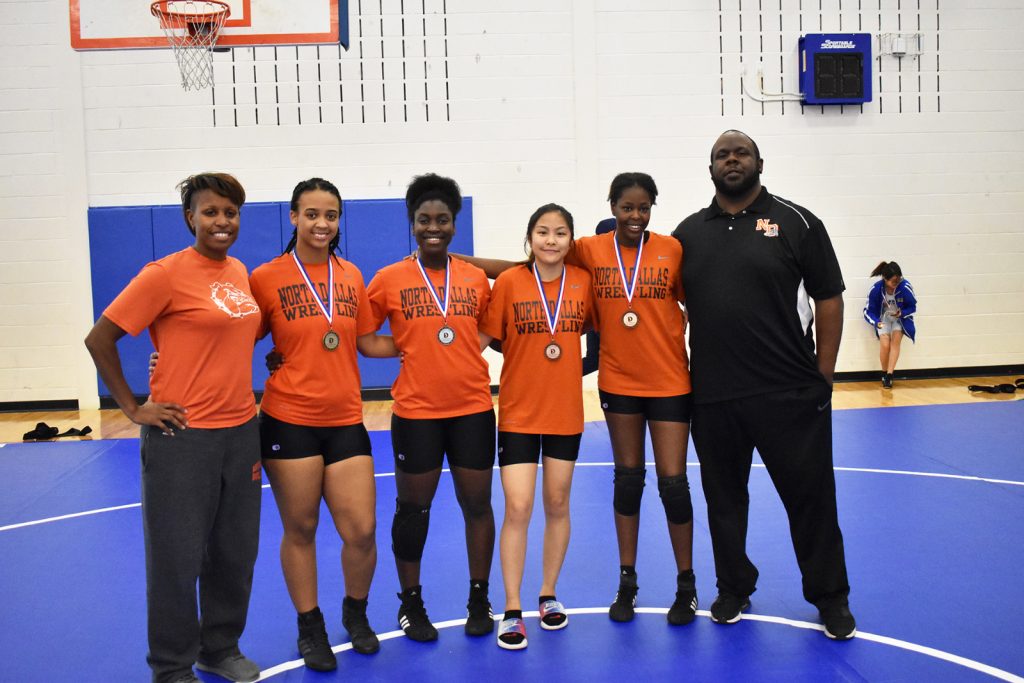 On the boys side, TreAndre Manning took second place in the 106-pound weight class.

“The girls team did real well. We brought four wrestlers and they finished in the top four, either third or fourth place. Everyone medaled,” said North Dallas Coach Matthew Clay. “They all brought their A game. I said with four kids and you finish in the top four in city, that’s pretty good.

“The boys are doing OK. A lot of first-year wrestlers. Manning at 106 is going to medal. For the most part, our boys are getting experiences, and I tell them every week that you practice until we get ready for district. As long as they keep coming to practice, as long as they keep believing in the system and trust the process, we’ll be OK when it counts for district.”

TreAndre, who said he weighed 96 pounds, was excited about going for the 106-pound gold medal. He won his first matches by forfeit.

“My teammates got me hyped,” he continued. “I’m happy to be with them, something that makes me want to win, too.” 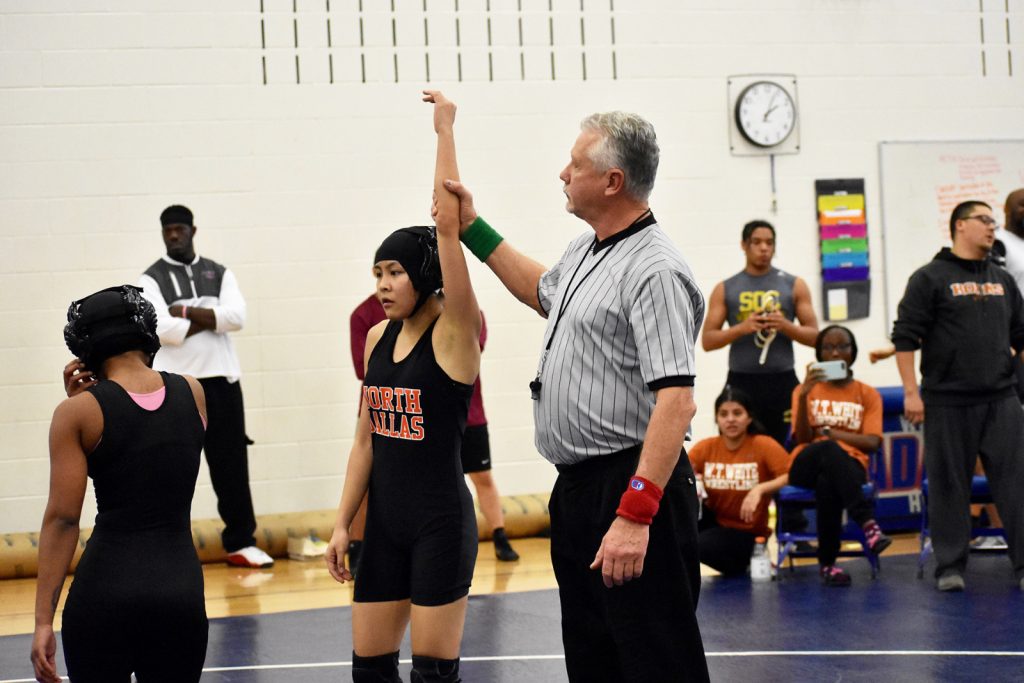 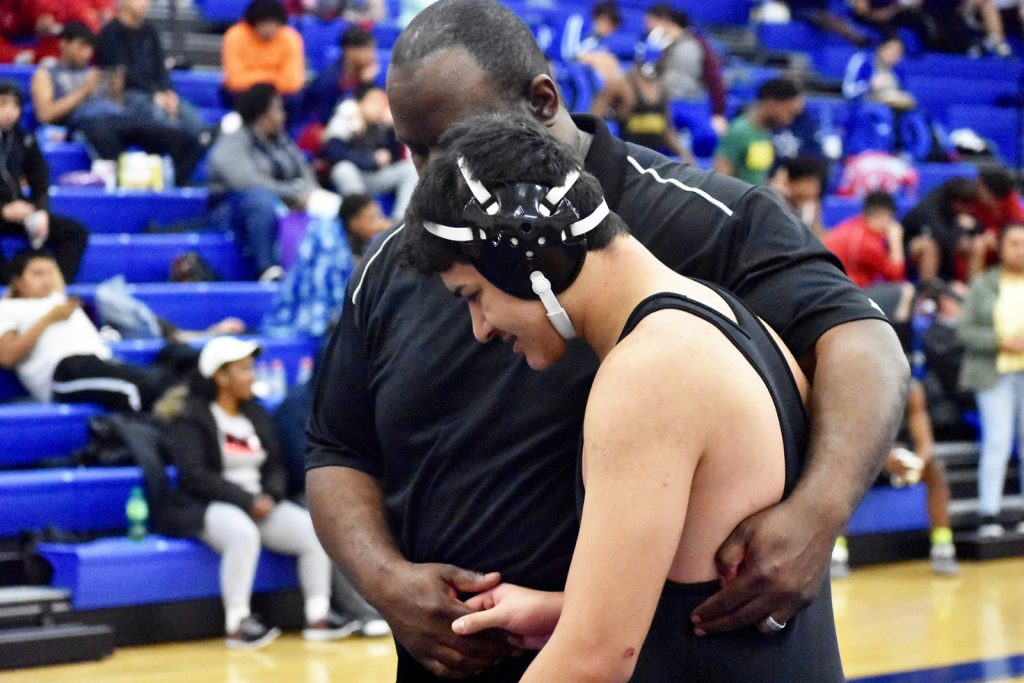 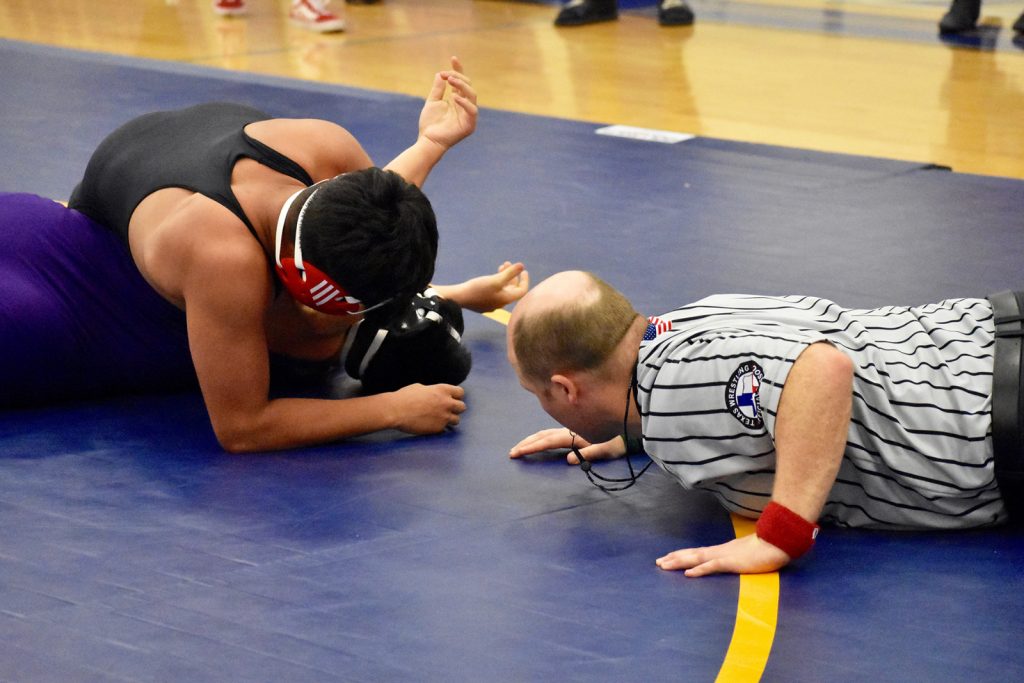 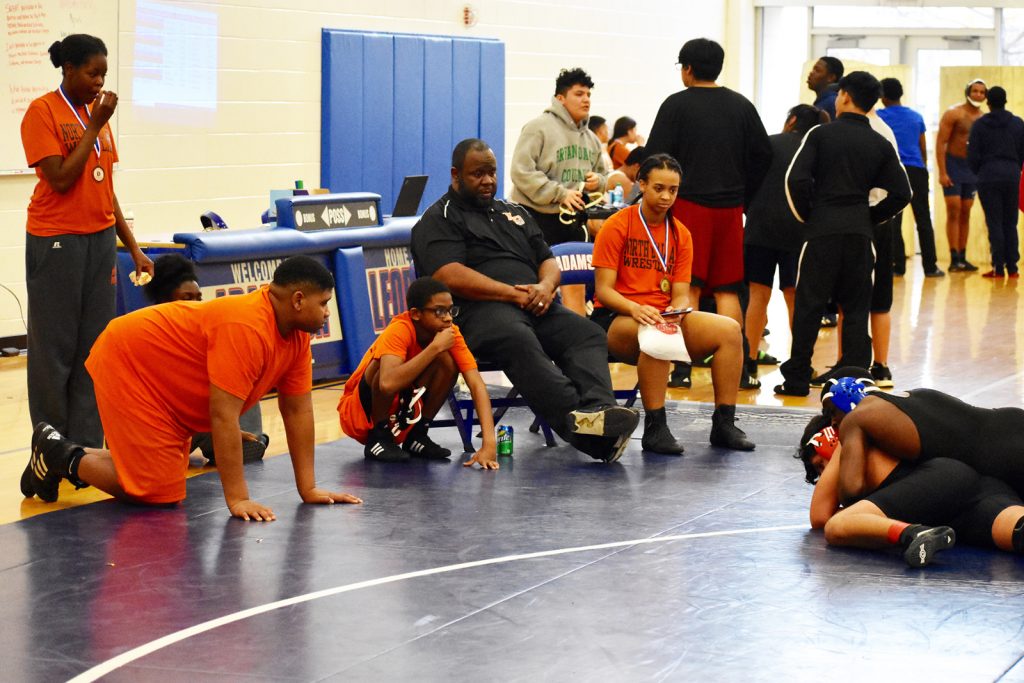 The North Dallas team watches as Damien Lopez competes in his next match. Damien was not victorious this time. 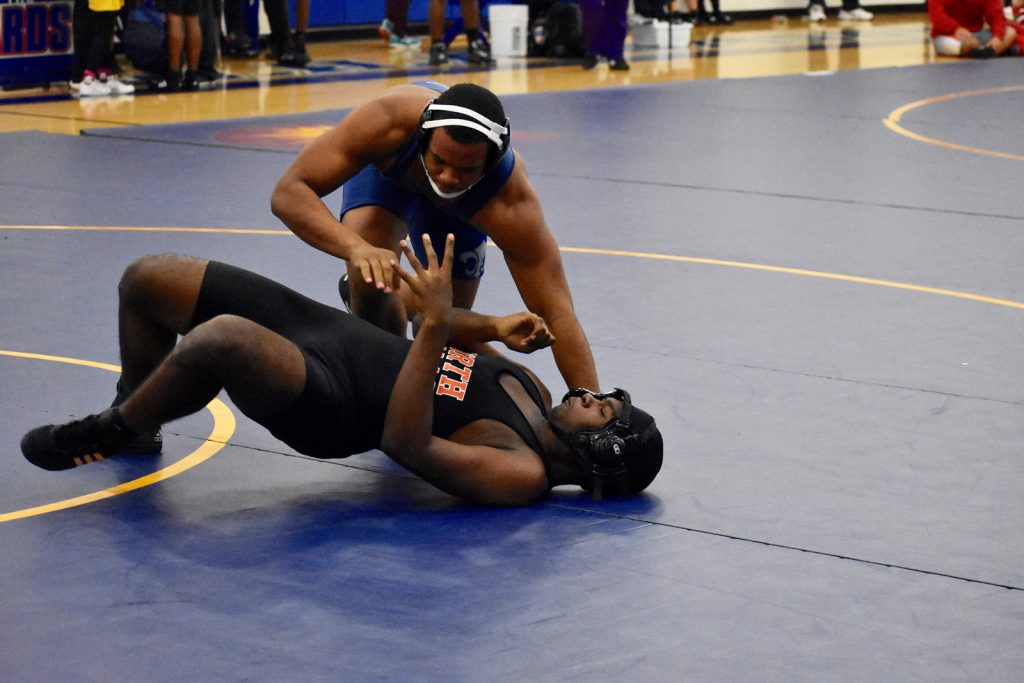 Cedric Burkley tries to get off the mat against his Kimball opponent.