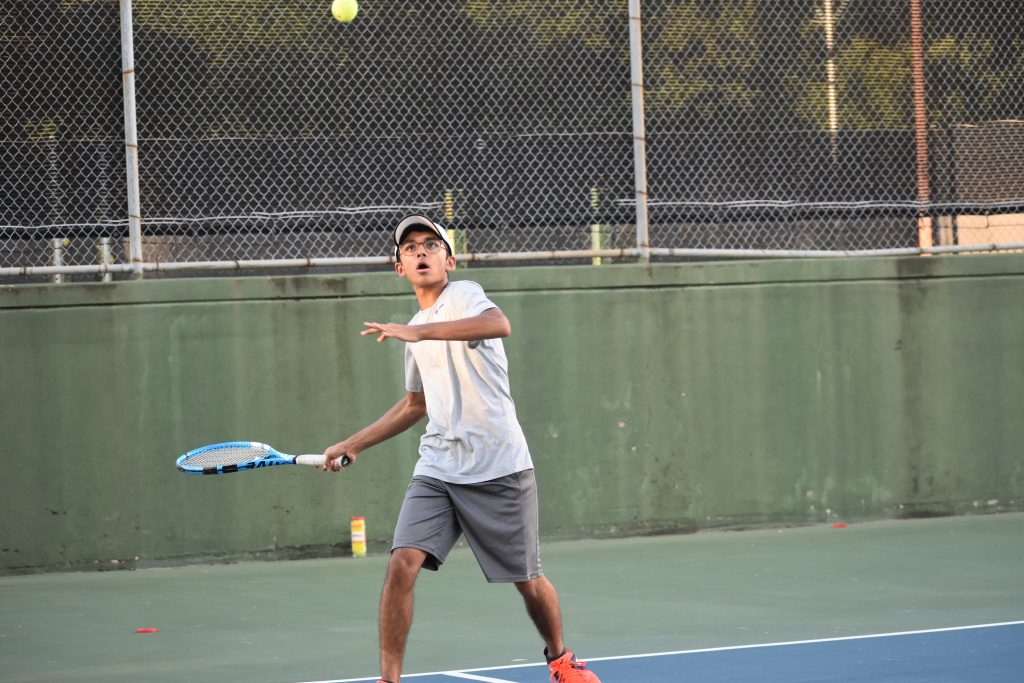 Sanam Kumar entered the District 12-4A tennis tournament last week as the top boys seed, and he did not lose a game — winning his matches by 6-0, 6-0 scores —  en route to winning the singles title at Kiest Tennis Center.

Sanam attends the Talented and Gifted program at Townview, but plays for North Dallas because his school doesn’t offer sports. He will advance to regionals at Longview High School April 17-19.

“He played absolutely phenomenal,” North Dallas Coach William Prussack said. ” Sanam is a great kid overall. He’s a wonderful young man. His maturity level,  his attention to detail, on the court as well as in the classroom. He’s a phenomenal student.

“He only lost one game in the entire tournament. Yes, it’s pretty dominating. He’s only a sophomore. So, North Dallas is going to have this kid for the next two years. He’s a phenomenal athlete.” 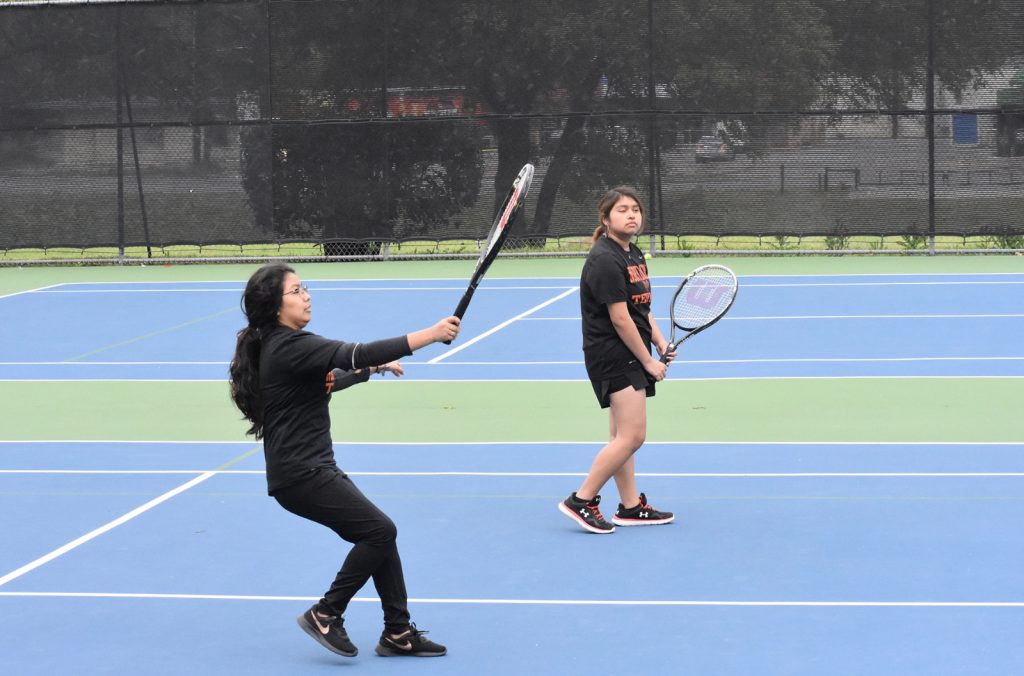 Yazzie Rojas and Judith Cortez took third place in girls doubles at the District 12-4A tournament.

“The team has done well. They’ve really progressed,” Prussack said. “As you know, we won the championship in team tennis, but individual tennis is a little bit different. They’ve really grown.

“I thought they did well. This is actually the first year for a lot of these kids to play. We also had Yazzie Rojas and Judith Cortez who got a bronze medal. They did really well this year. I’m really proud of them.”

Also competing at district was Cristina Dominguez and Regina Vidal in girls doubles, and Sky Ramirez and Jennifer Lainez in girls singles.

“We have a great team. I feel like there’s a good future for North Dallas in tennis,” Prussack said. “We had really good numbers this year, good participation. The grades were outstanding. This was a good year altogether.” 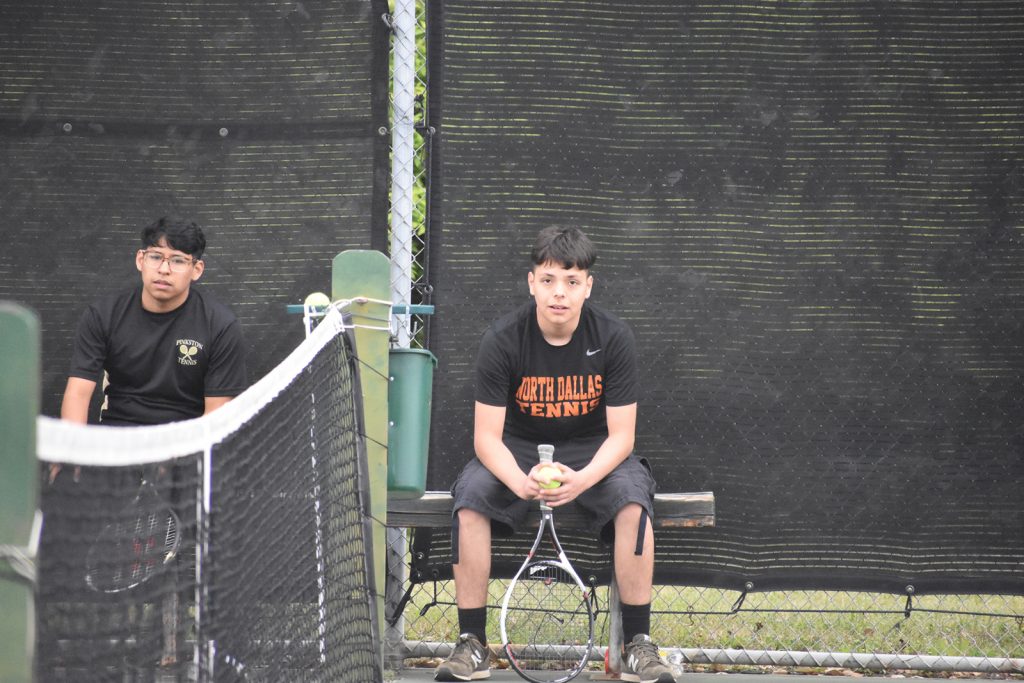 Lizandro Quiroz takes a break during a district tournament match. 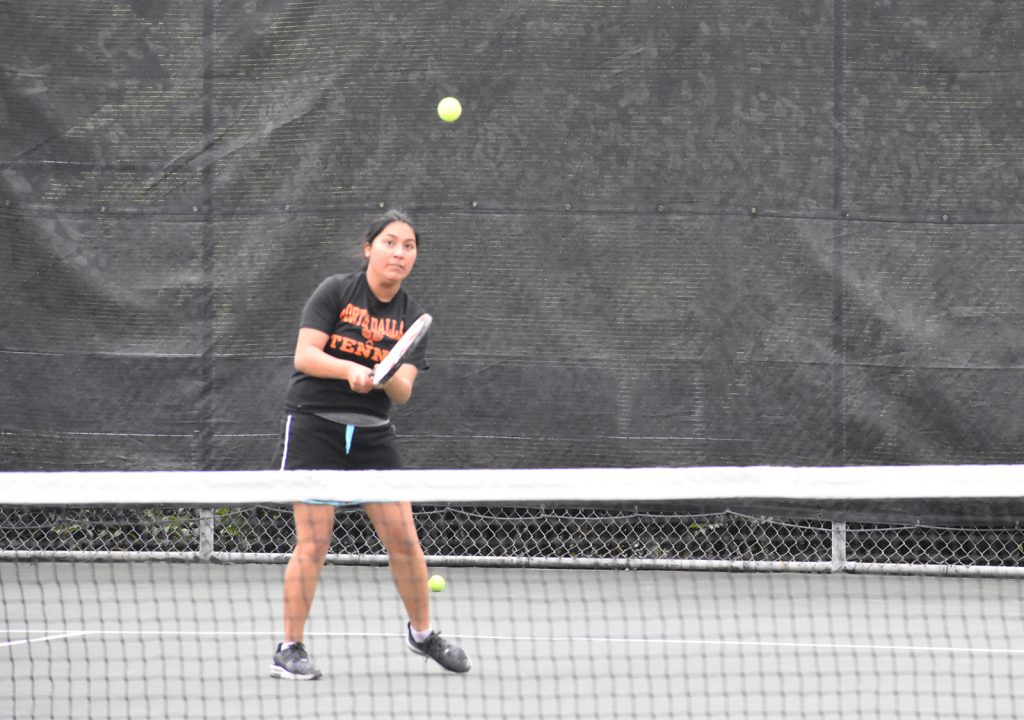 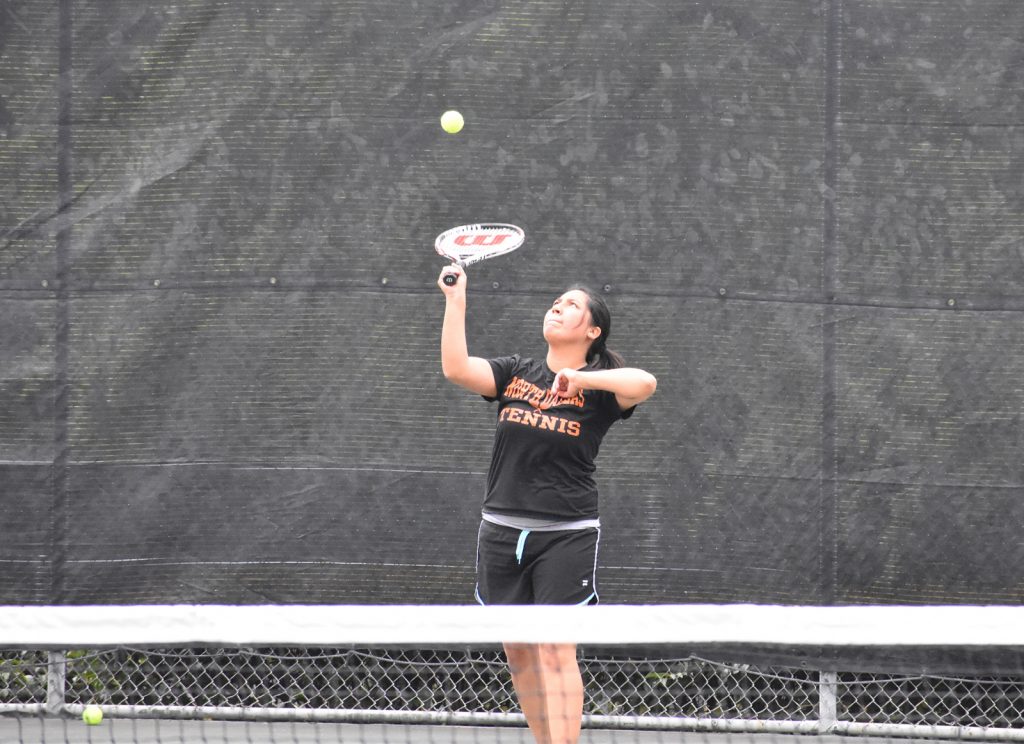 Sky Ramirez serves against her opponent from Carter. 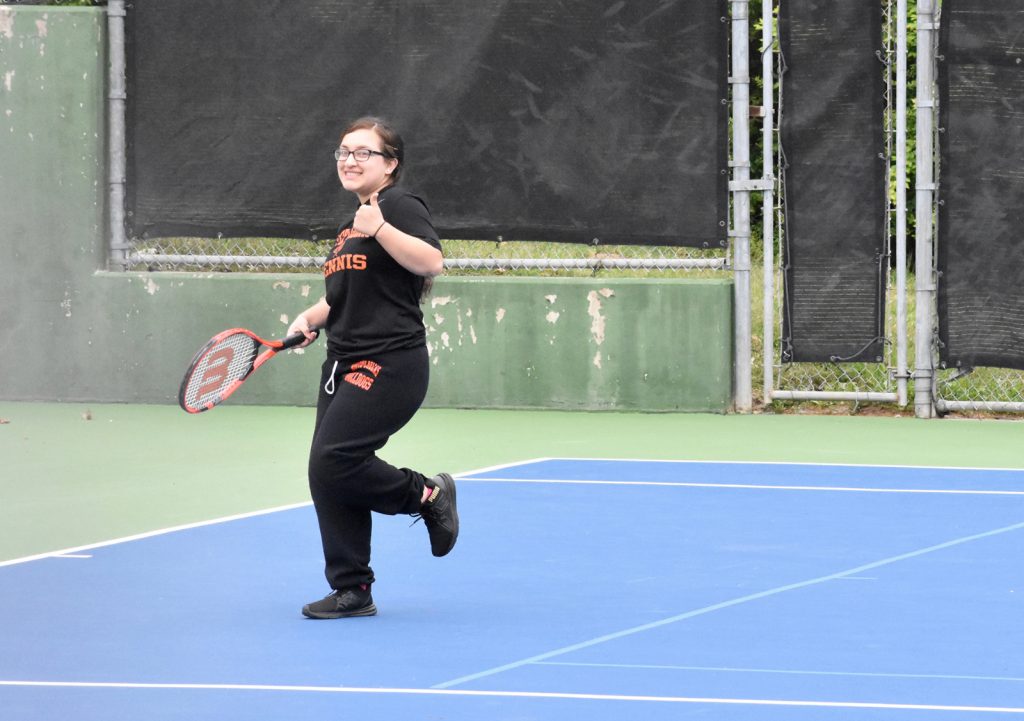 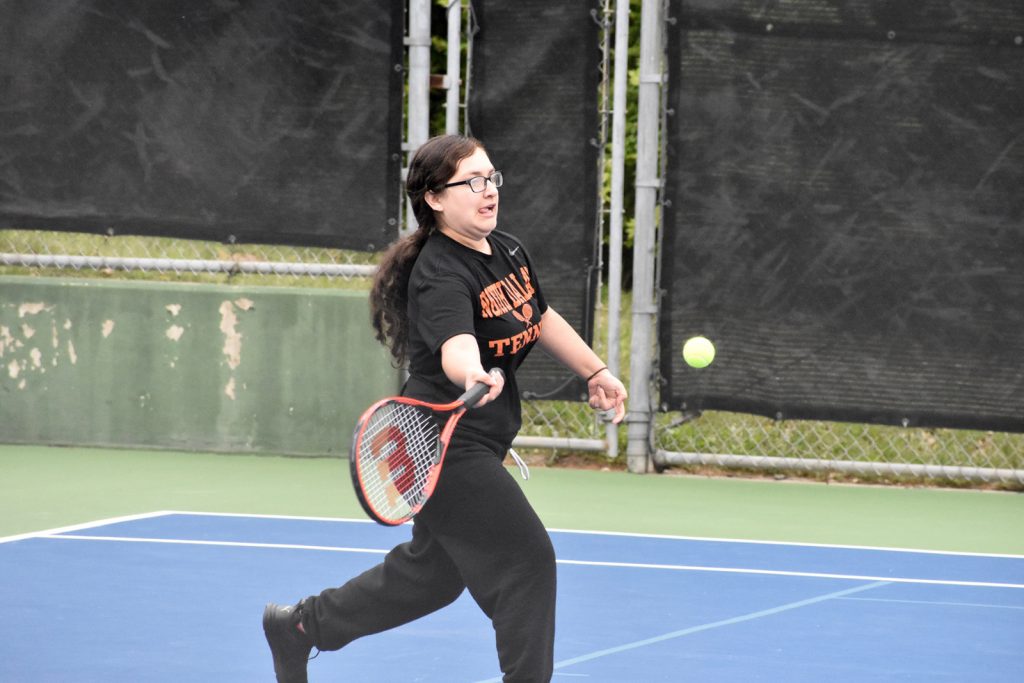 Jennifer hits a return shot during her tournament match. 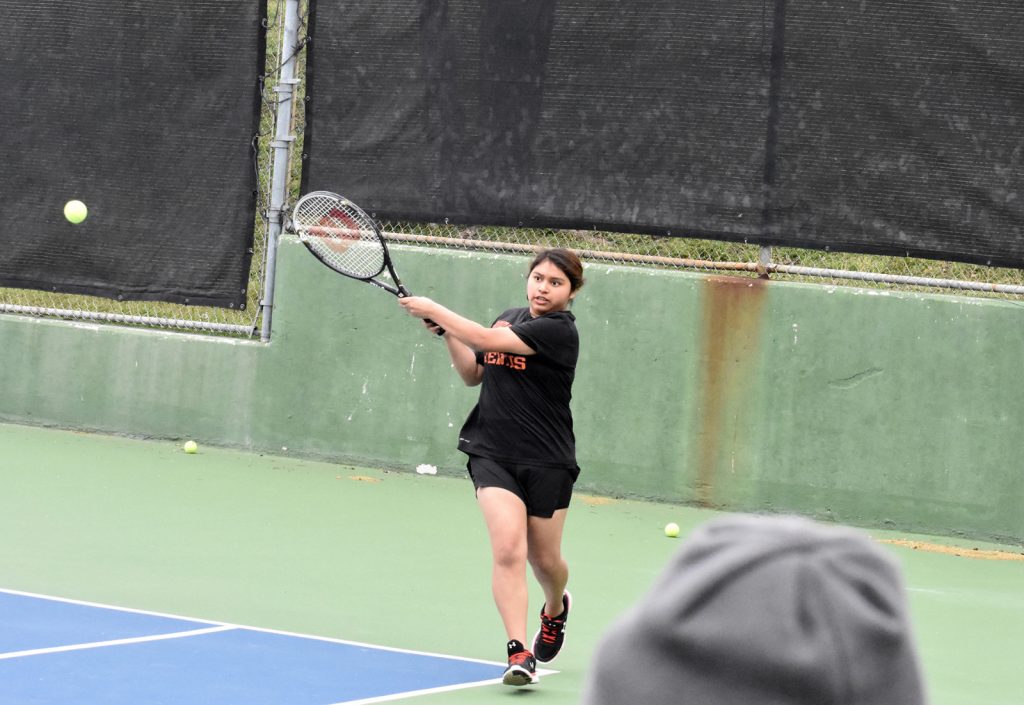 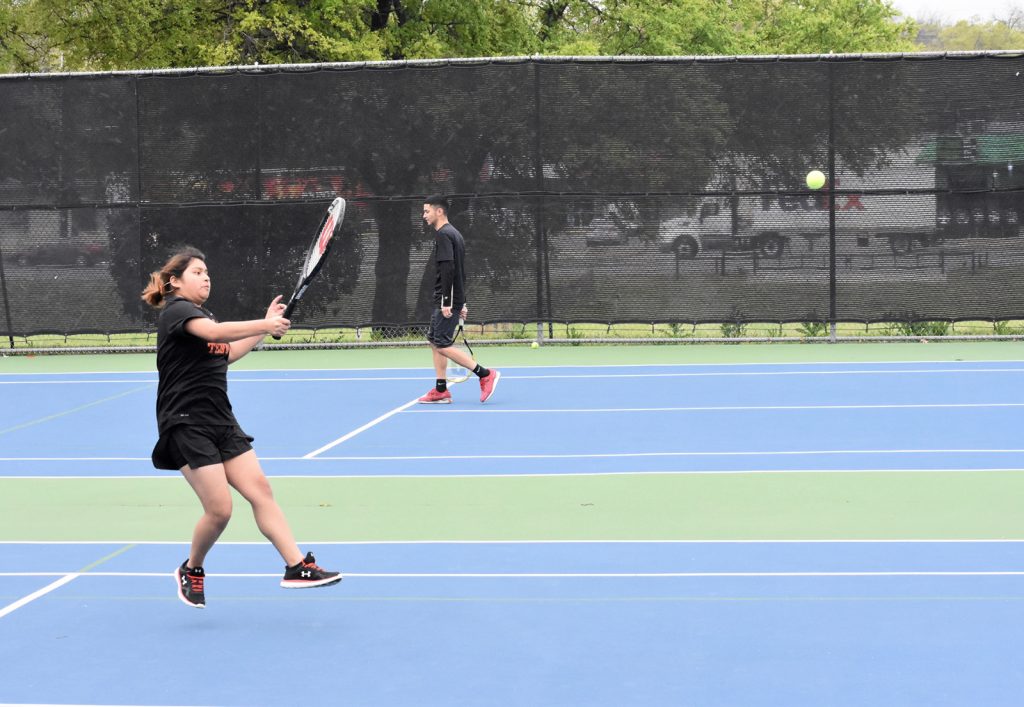 Judith moves in to make a return shot. 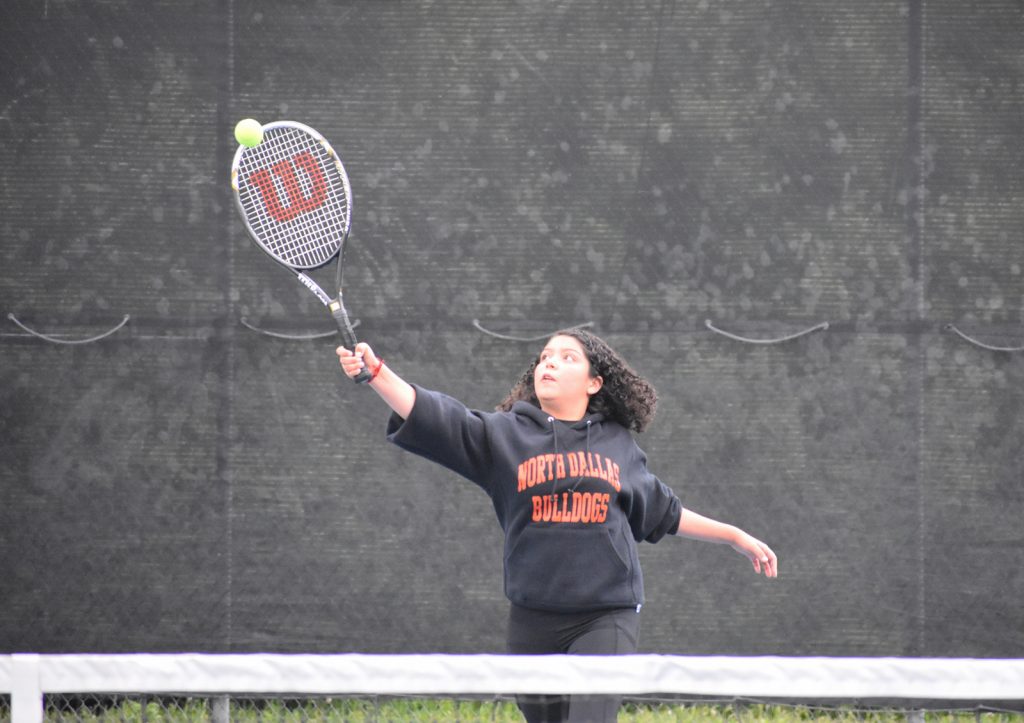 Cristina Dominguez reaches out to make a return shot. 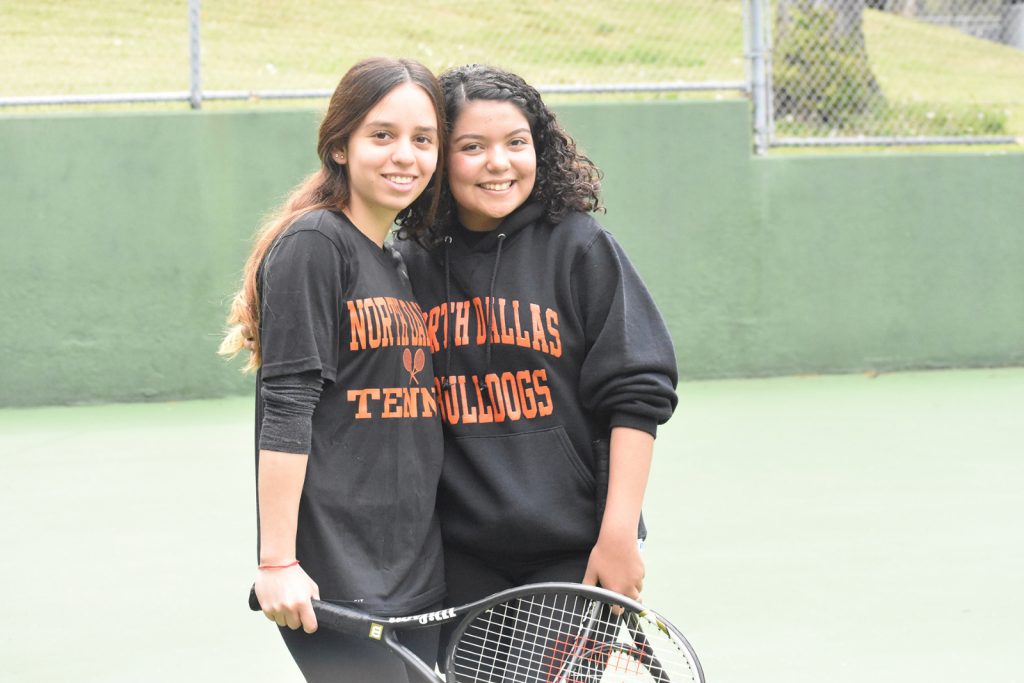 Regina Vidal and Cristina Dominguez advanced to the second round. 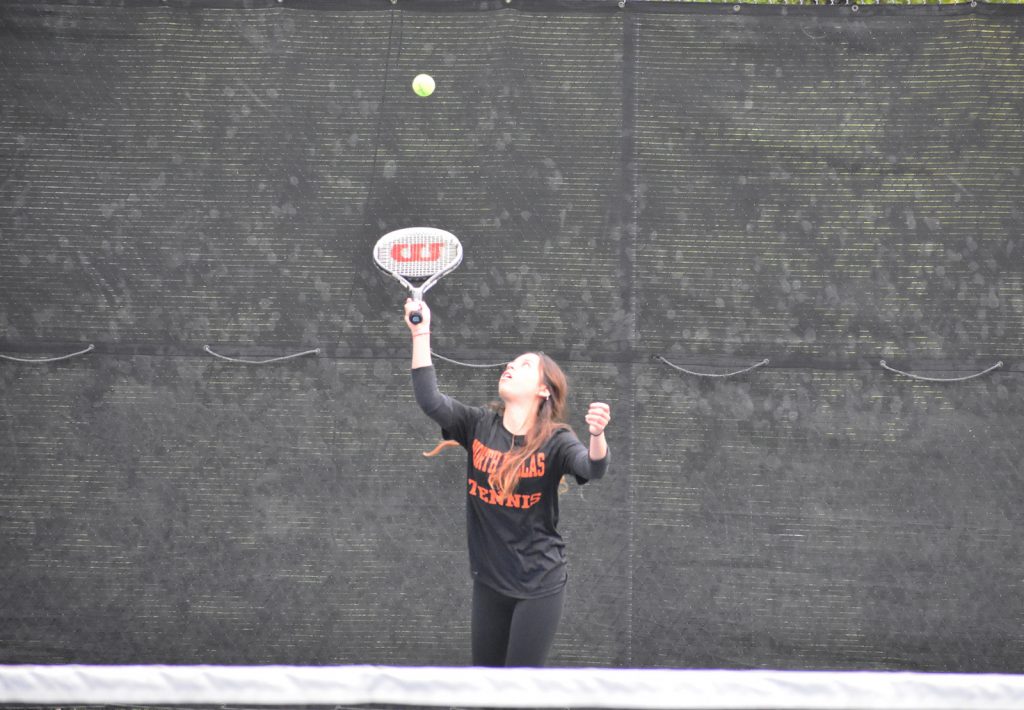