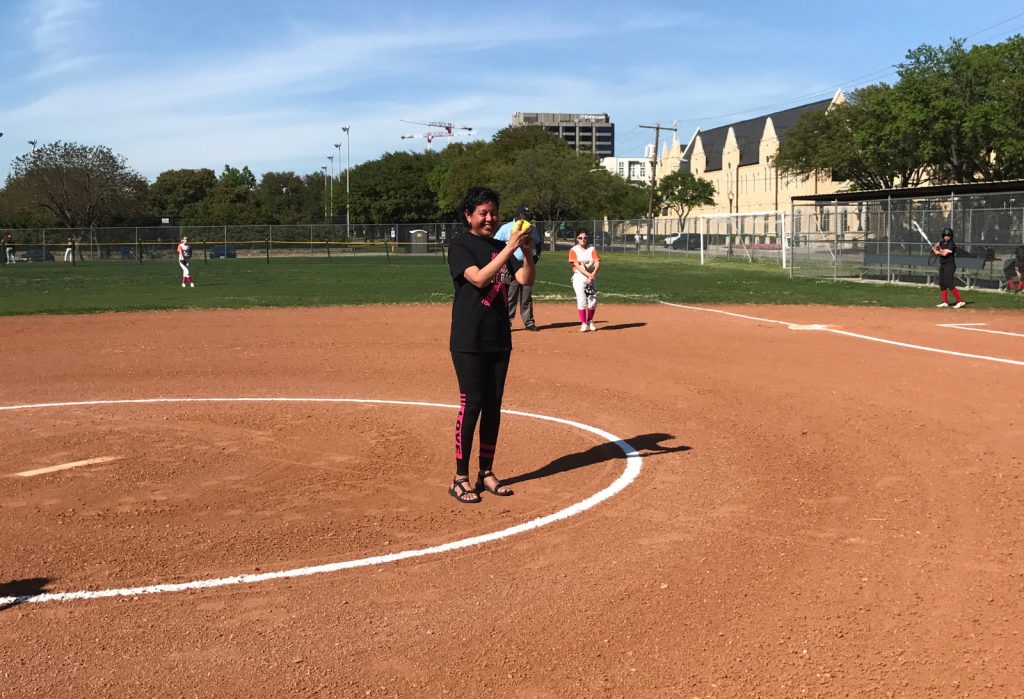 Diana Brothers throws out the first pitch as the Lady Bulldogs take on Hillcrest at the North Dallas field. (Photo by Ernest Cerda) 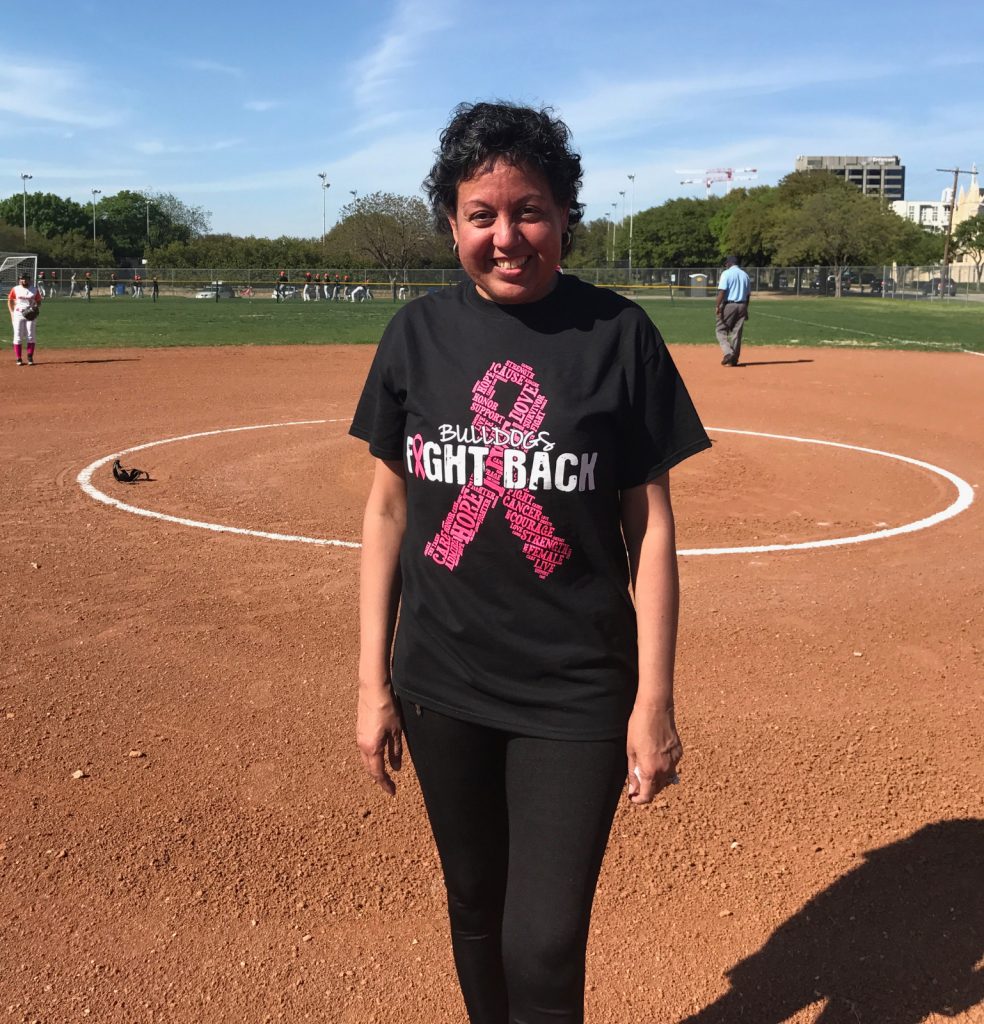 Diana Brothers, who has been battling cancer for past few years, said Tuesday that she is cancer free.

Hillcrest won the game to maintain its hold on the District 12-4A lead. The Lady Bulldogs are 6-3 in district play.

Asked what the girls take away from the loss, North Dallas Coach Chris Barnhill noted, “They didn’t work hard enough in practice; they need to focus when they are at bat; [and] get their glove down and make plays.”

Barnhill said getting “them all here for a good practice” will help the Lady Bulldogs.

North Dallas plays Lincoln at 4:30 p.m. Friday in a 12-4A game on the North Dallas softball field. 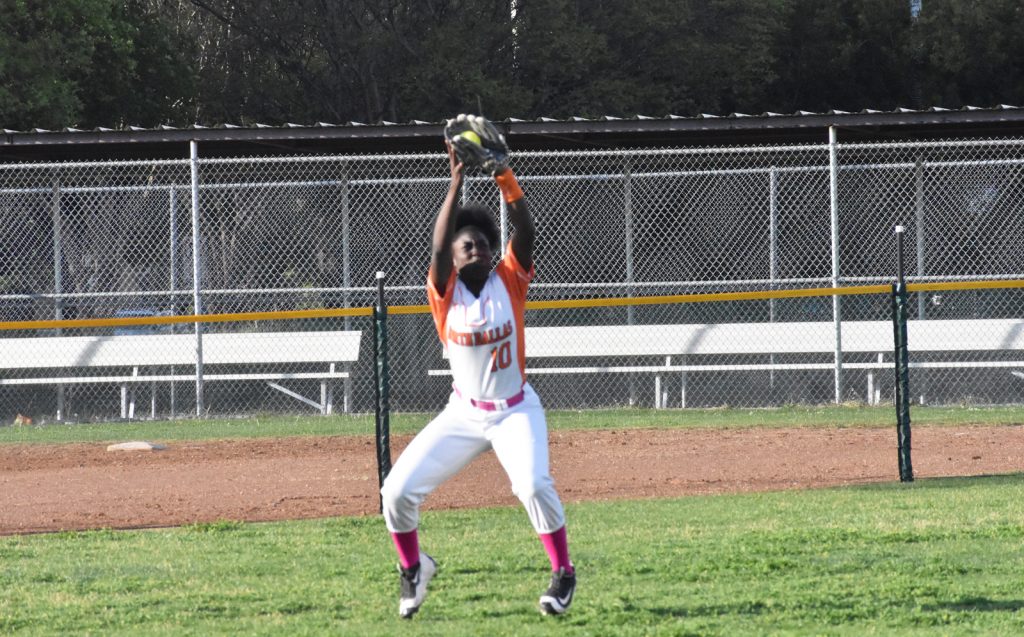 Ladaysha Robinson makes the catch in the outfield… 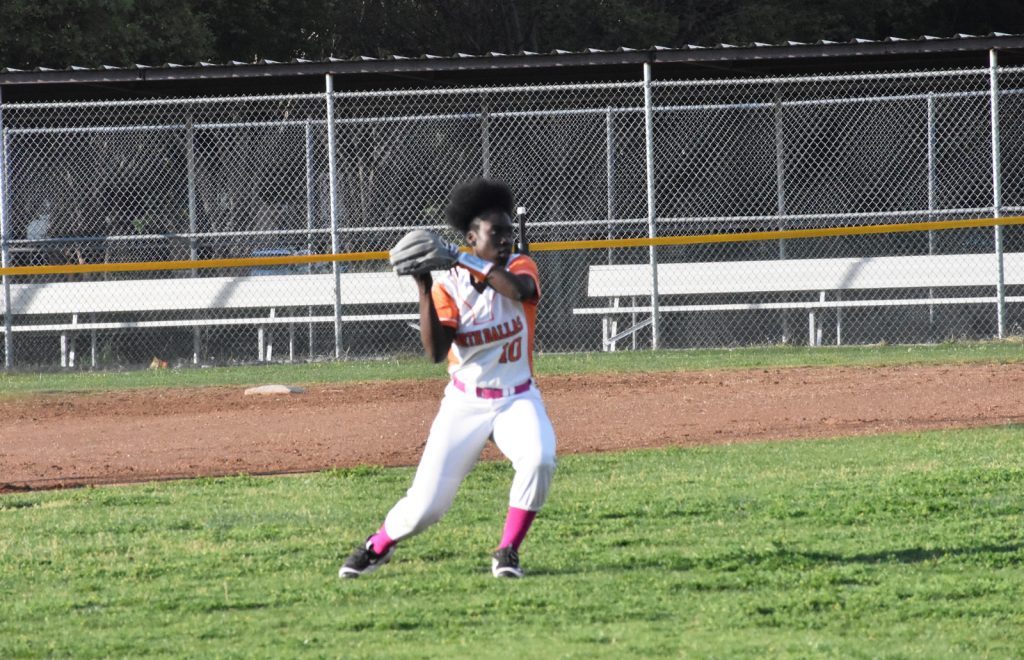 and then prepares to throw to the infield. 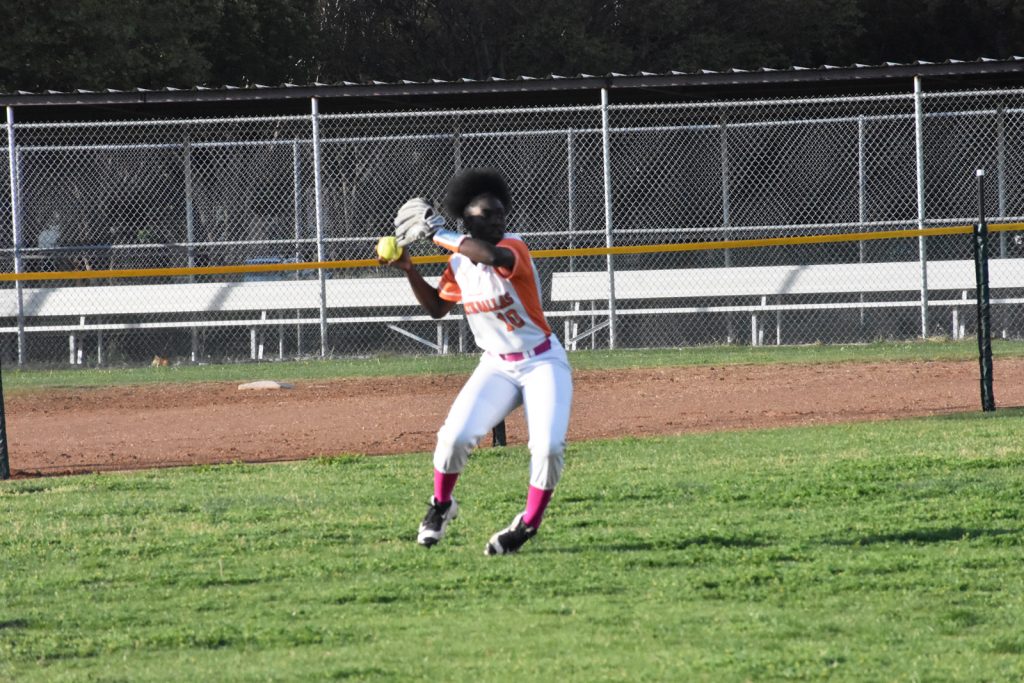 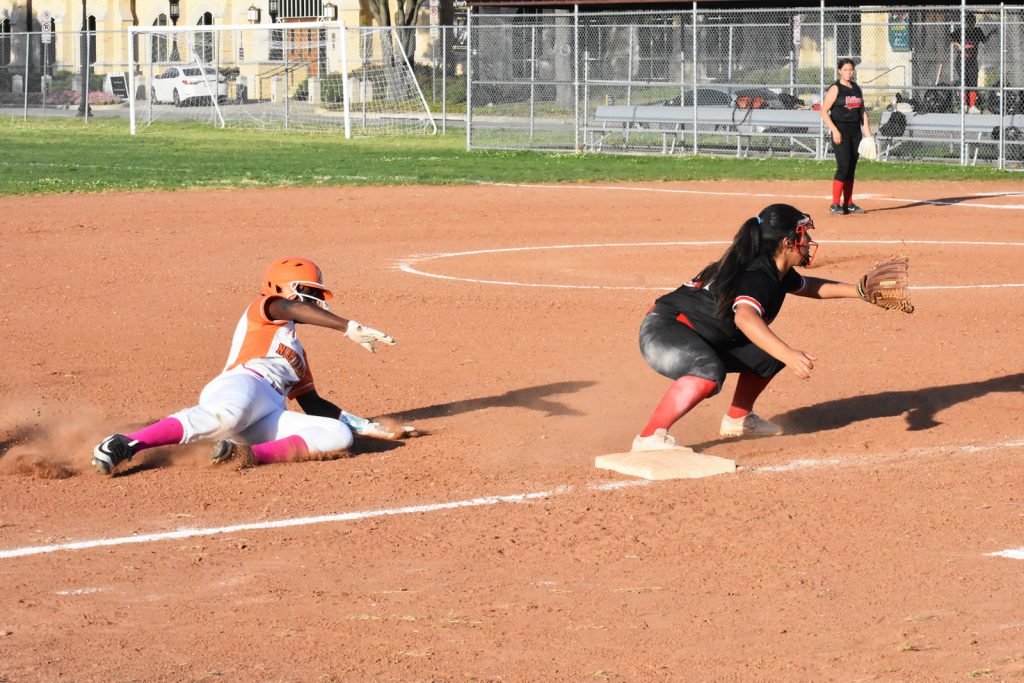 Ladaysha Robinson slides into third base… 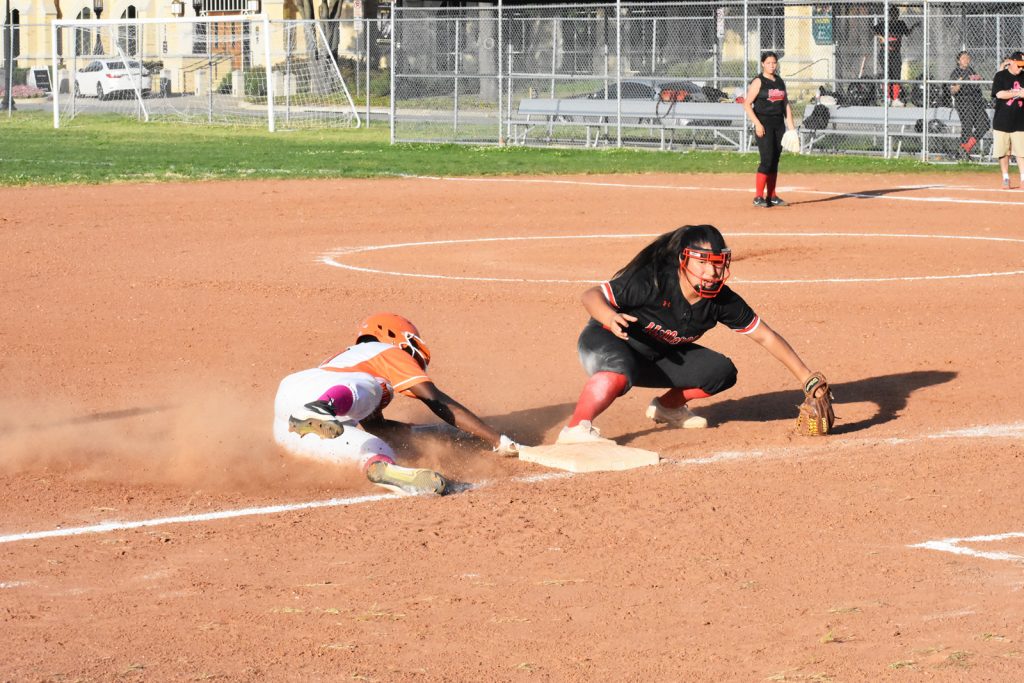 Ladaysha reaches the base ahead of the Hillcrest third baseman. 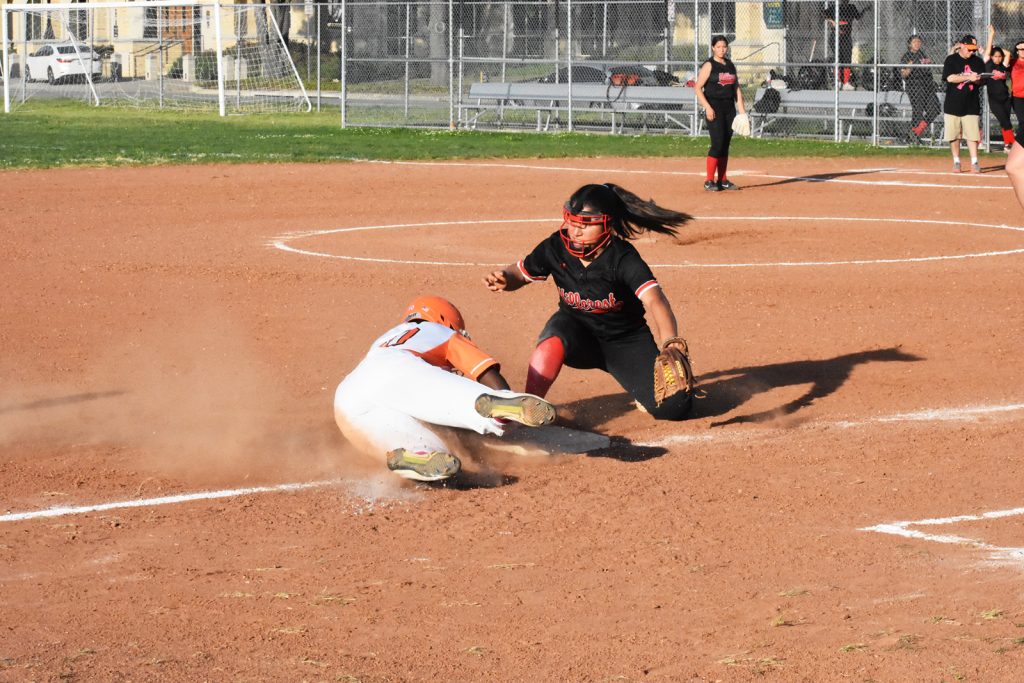 Ladaysha slides safely ahead of the tag at third base.