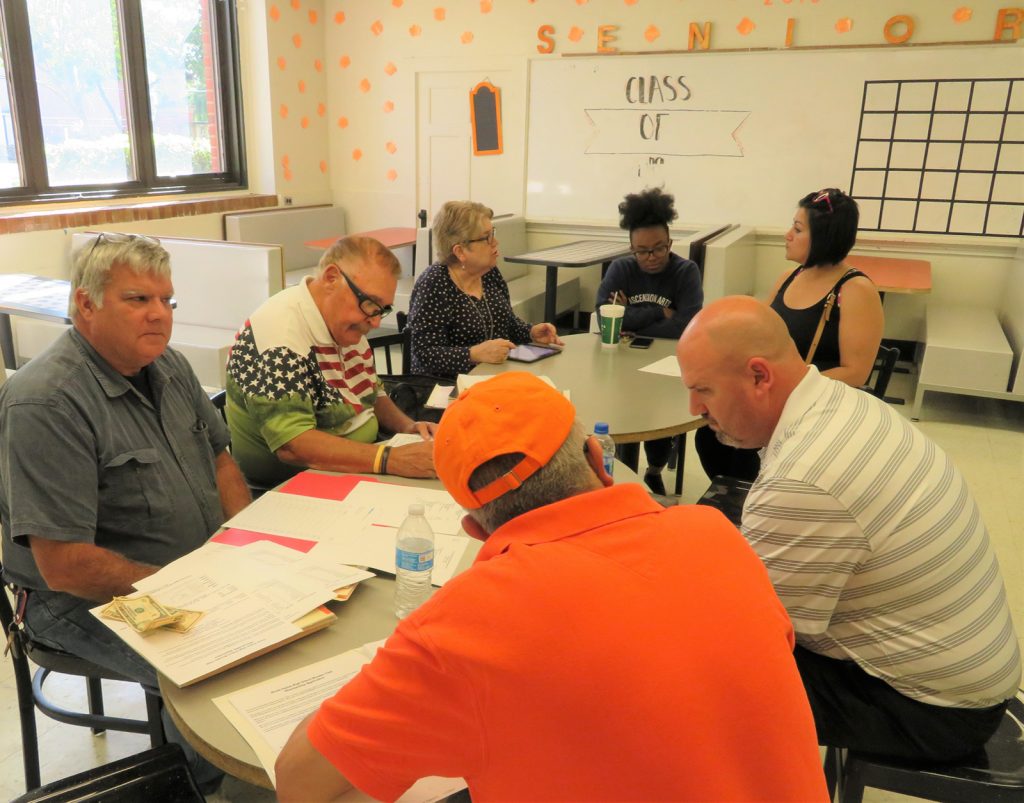 David Abbott, Class of 1955, was a visitor at the North Dallas Booster Club’s monthly meeting on Monday in the school cafeteria.

Abbott joined the Booster Club and also took a tour of the school.

Abbott played on the 1952 North Dallas football team that advanced to the state semifinals. He was also on the last Bulldogs team to reach the playoffs.

Many thanks to Danny Linn for taking the photos of David Abbott. 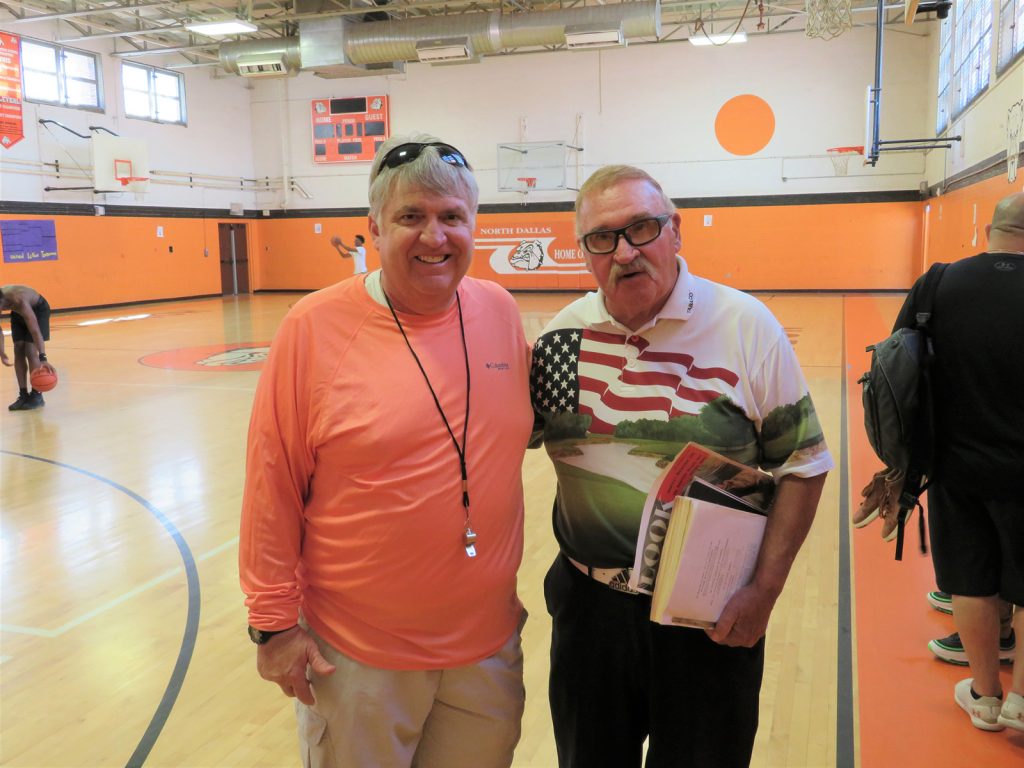 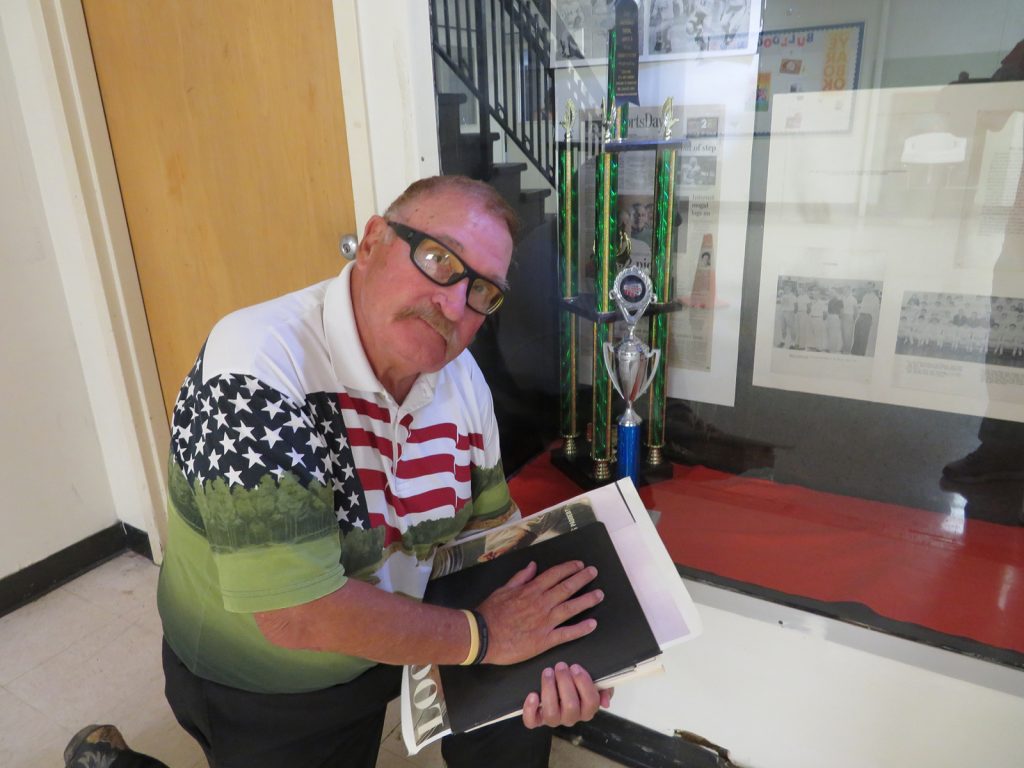 David Abbott stands in front of a display case that contains a Dallas Morning News article on North Dallas’ 1952 playoff team. Below is a copy of that article. 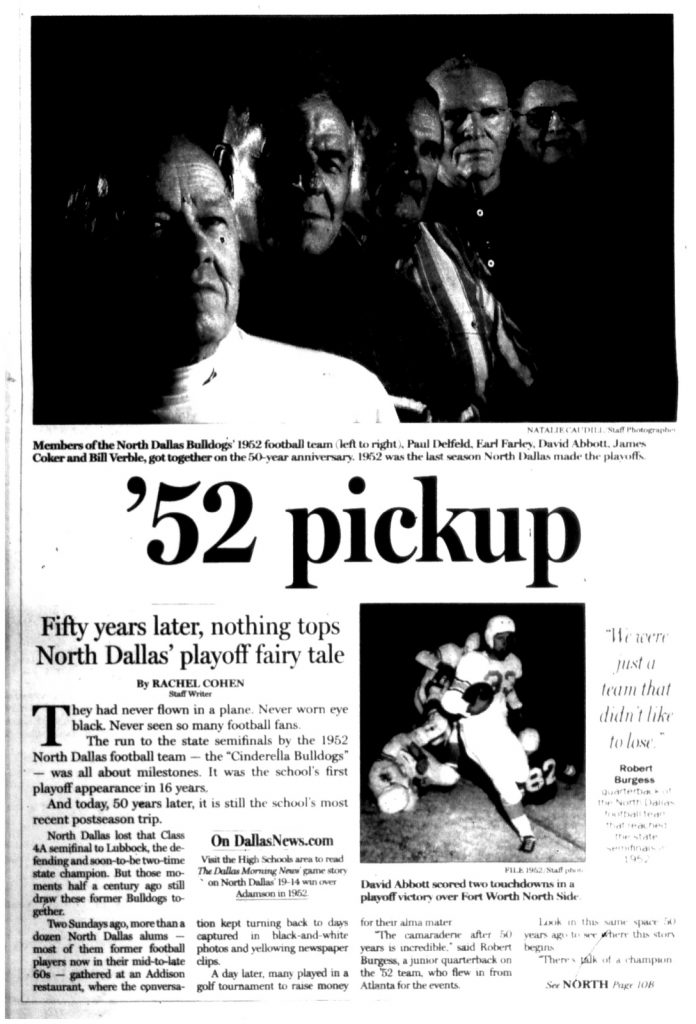