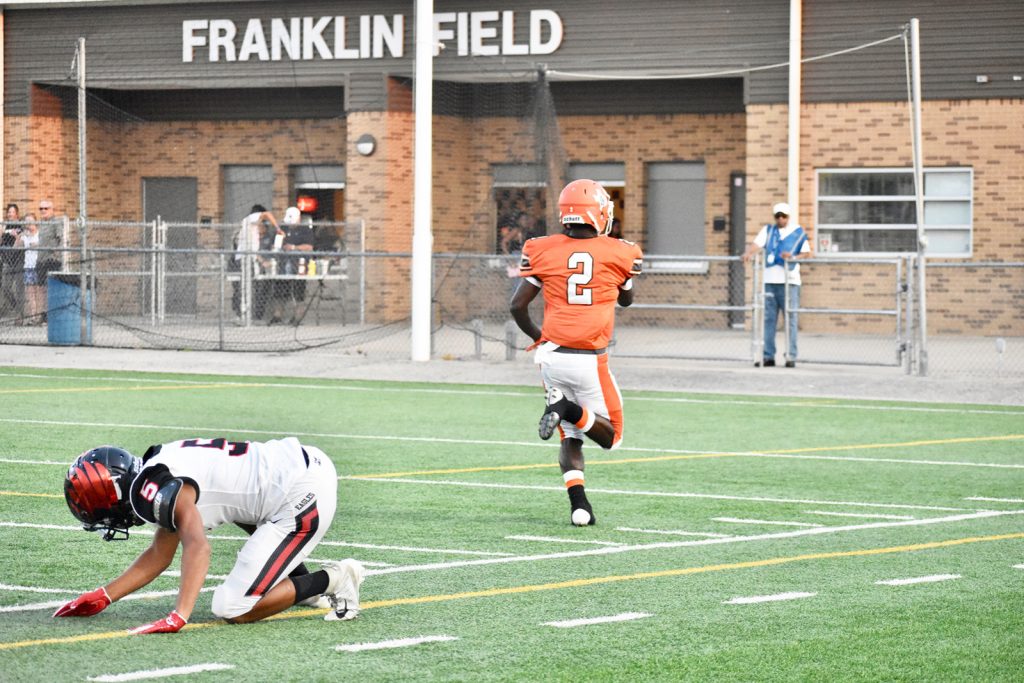 North Dallas scored on the first play of the game — a 69-yard run by running back Tre Shaw — but Fort Worth Diamond Hill-Jarvis came back to take a 19-15 victory Friday night at Franklin Field.

If you weren’t watching from the start, then you might have missed Tre’s impressive run down the right sideline. Michael Llamas added the extra point for a 7-0 lead with 11:38 left in the first quarter.

Penalties and turnovers seem to hurt the Bulldogs’ chances for the remainder of the game. North Dallas had 12 penalties for 97 yards and three interceptions, according to the Dallas Morning News statistics. Tre finished with 148 yards rushing on 14 carries and two touchdowns.

Meanwhile, Diamond Hill-Jarvis scored on a 32-yard pass play, the first play of the second quarter, to complete a 9-play, 80-yard drive. They took a 13-7 lead on a 5-yard touchdown run with time running out in the first half. The Fort Worth visitors extended their lead to 19-7 in the fourth quarter.

The Bulldogs bounced back on Dayshawn Rivers’ fumble recovery and 70-yard return to the Diamond Hill-Jarvis 5-yard line. North Dallas QB Alex Flores ran the ball to the 1, and then Tre scored on the next play with 2:49 left in the game.

The Bulldogs tried an onside kick, but Diamond Hill-Jarvis held on to the ball. They were forced to punt and the Bulldogs had a final chance with 34 seconds at their own 11-yard-line. Then a penalty  pushed the ball back to the 6-yard-line.

North Dallas moved the ball to the 30-yard-line with seven seconds remaining, but then a penalty resulted in time being taken off the clock and the game ended. 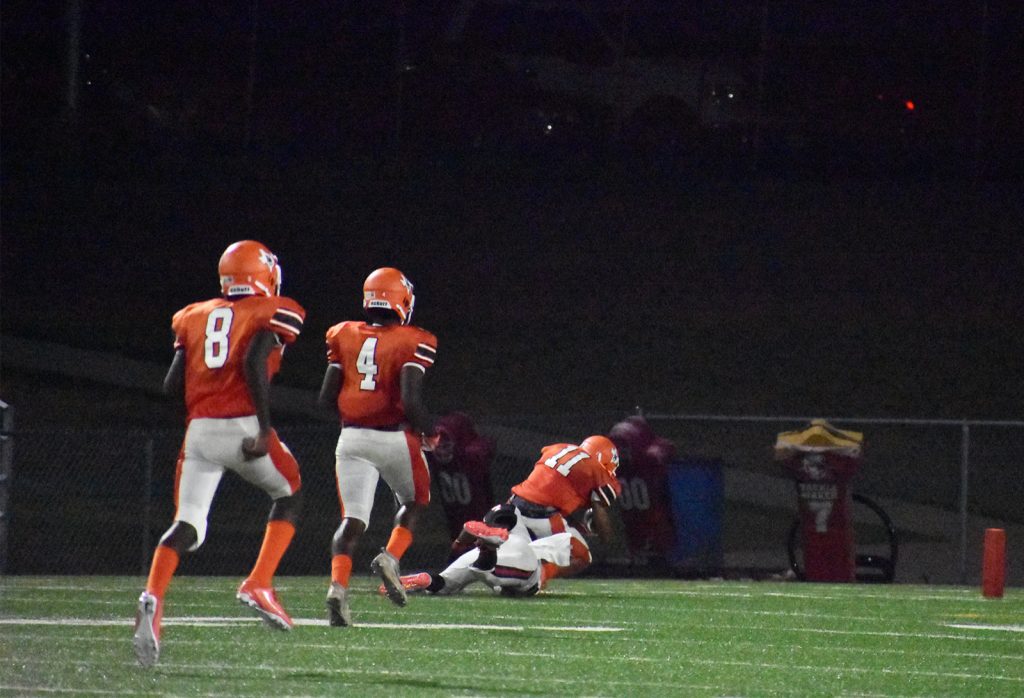 Dayshawn Rivers (11) returns a fumble to the Diamond Hill-Jarvis 5-yard-line with less than 3 minutes left in the game. 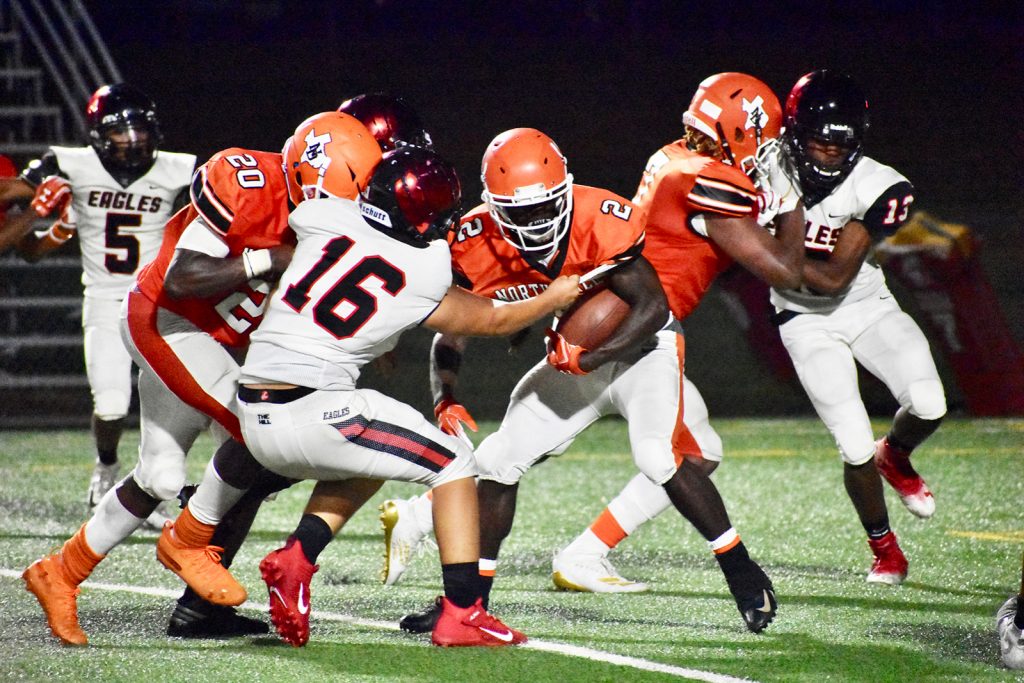 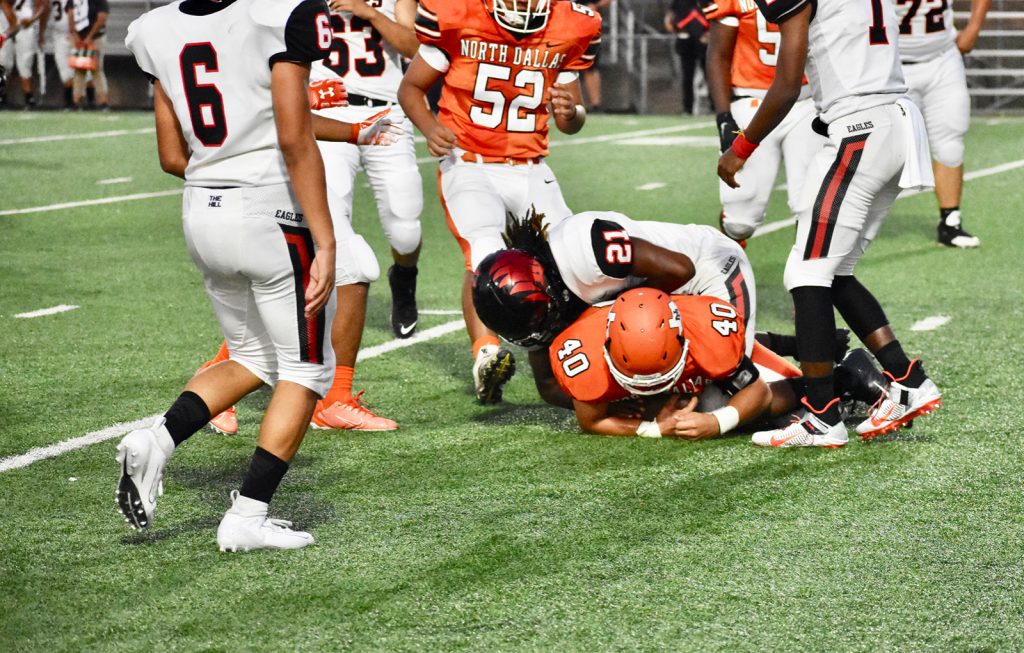 Defensive end Michael Llamas (40) recovers a fumble for the Bulldogs. 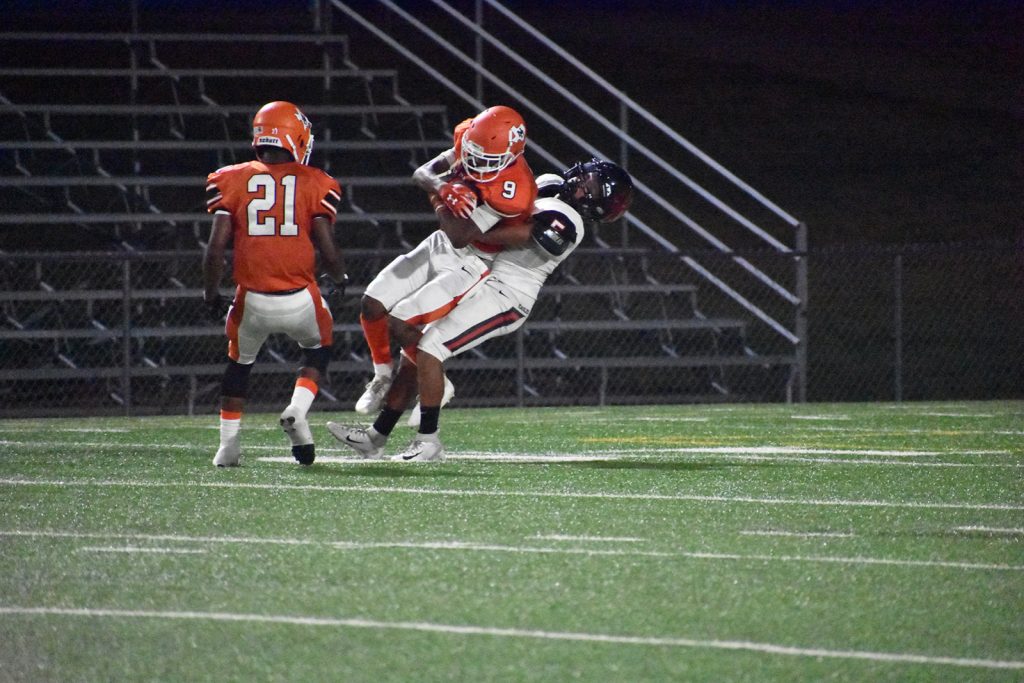 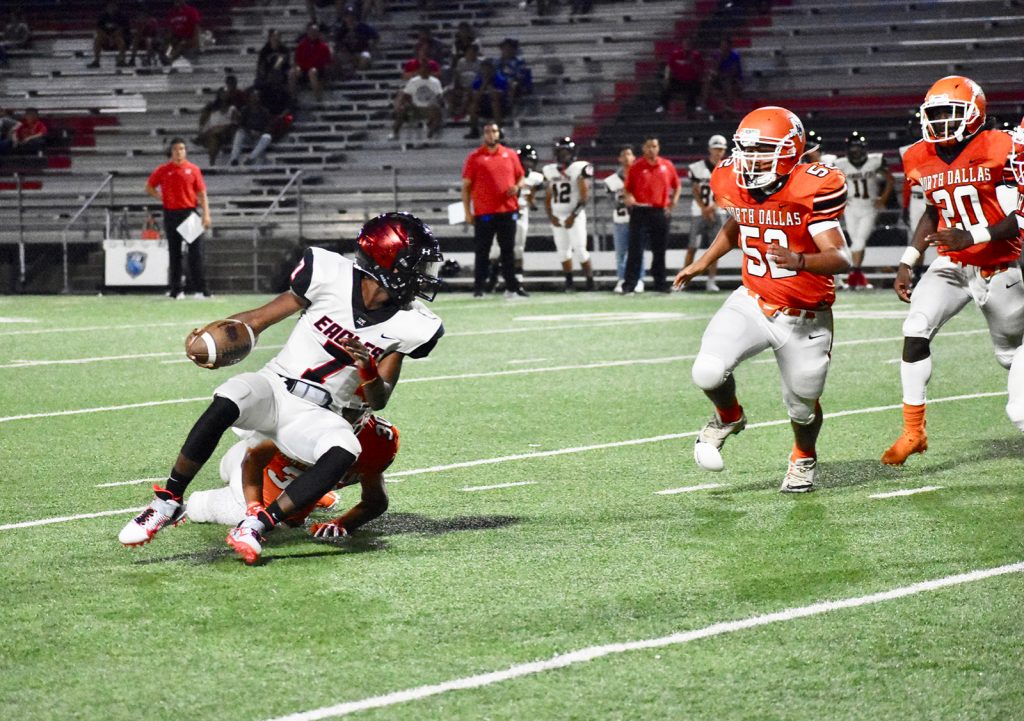 Diamond Hill-Jarvis quarterback is dragged down by the Bulldogs’ Damien Lopez (30). 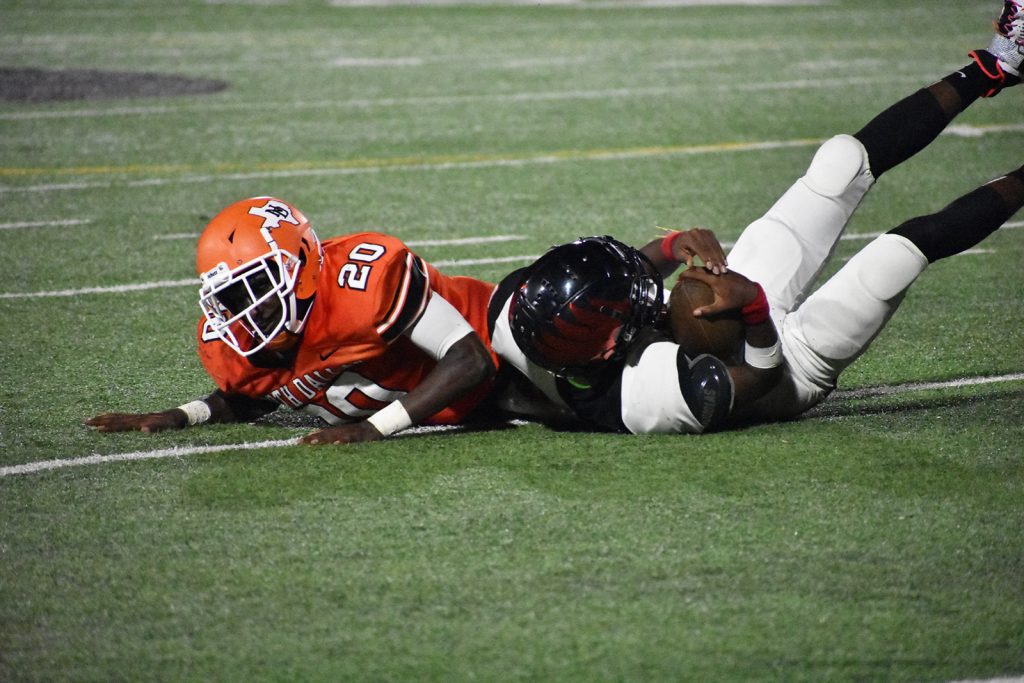