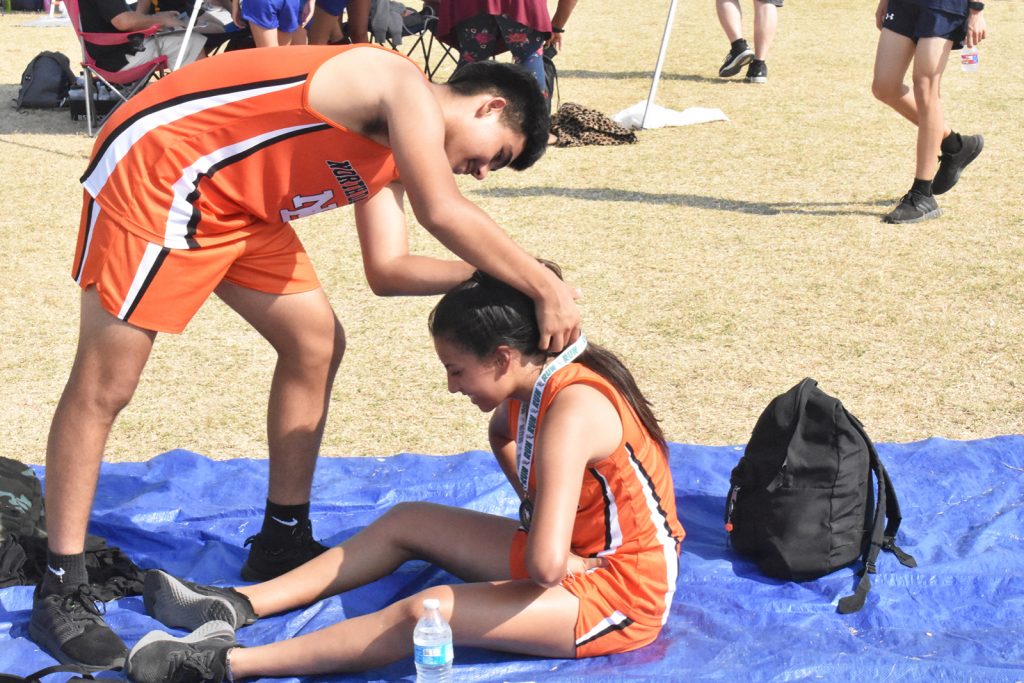 Gabriel Chavez places the medal on Flavia Santamaria after she finished in 15 minutes.

Competing against a large field of runners, North Dallas’ Flavia Santamaria finished 10th in the girls 4A and lower division of the Molina Garey Horner Meet on Saturday at Jesse Owens Complex.

Flavia overcame the heat to finish with a time of 15 minutes for the two-mile course.  Kelly Maldonado was second North Dallas runner to finish in a time of 16.28, followed by Marleni Murillo in 18:39.

Flavia and Kelly were the top girls finishers last week at the DCA meet at Jesse Owens but they improved their times. Last week, Flavia ran the two miles in 16:40, and Kelly posted a time of 17:28.

Sergio Cibrian and Gabriel Chavez were the top boys finishers Saturday. Sergio completed the three-mile course in 20:11, followed by Gabriel in 21:12.

“It was kinda harder. Yesterday, I was eating Taco Bell. That’s why,” Sergio said. “I got to remember to stop eating fast food.”

Sergio said he was pleased with his time.

“It was a good time but I think I could do better,” he said.

Gabriel said, “This meet was tiring. It was a good meet. I’m very pleased. I did not stop at all. I pushed through. I got my breathing down. Everything was good today.  I think I did really well.”

Both runners were impressed with the competition from so many teams.

“It was overwhelming because you really don’t know most of them,”  Gabriel said, “so you got to do what you can and do your best and then push through.”

Sergio said, “They are good. Last week, they were good too, but the ones from now, they are better.” 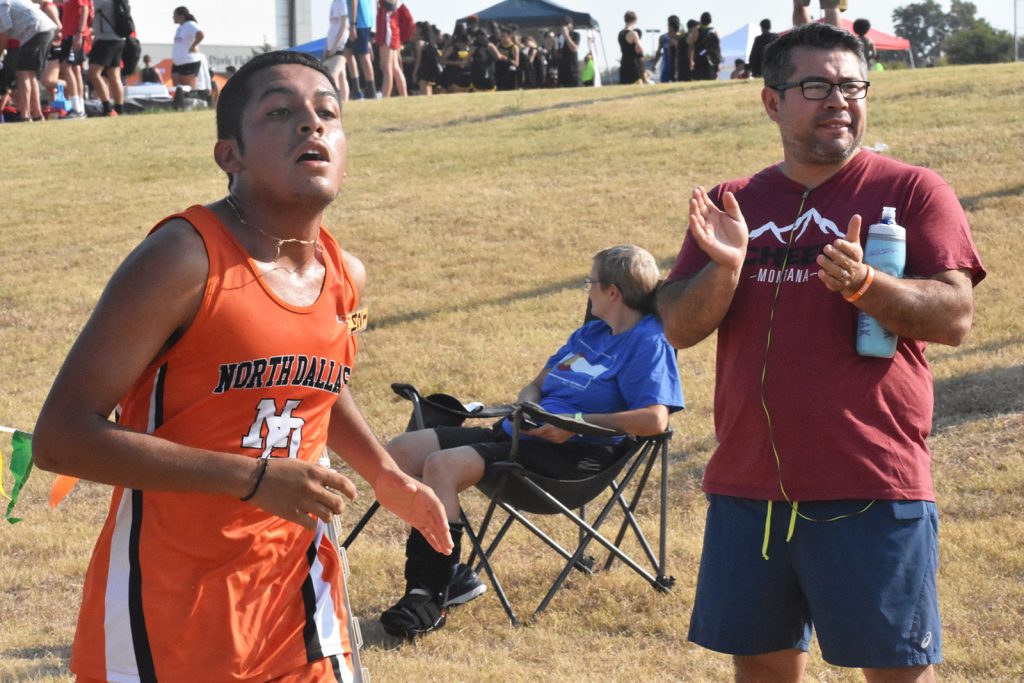 Sergio Cibrian sets his sights on the finish line. 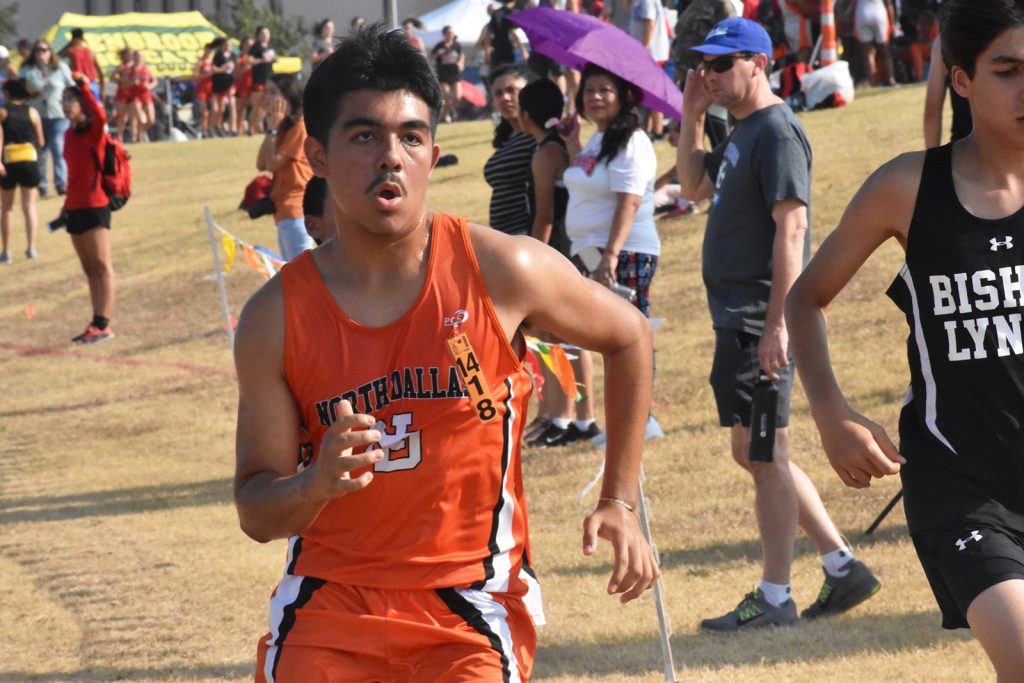 Gabriel Chavez tries to pass a runner near the finish line. 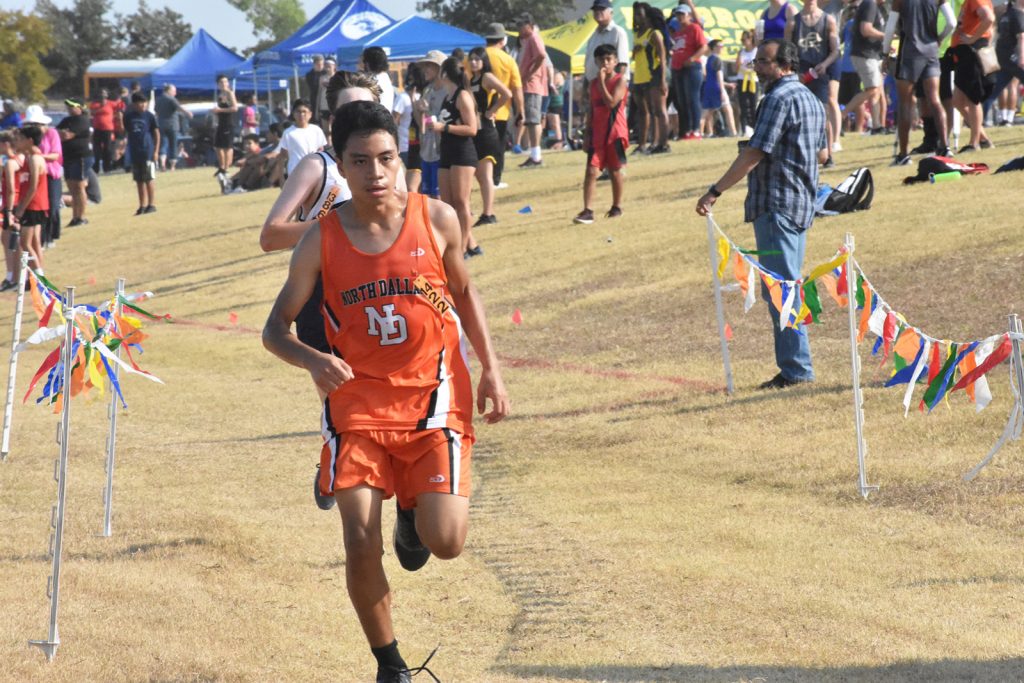 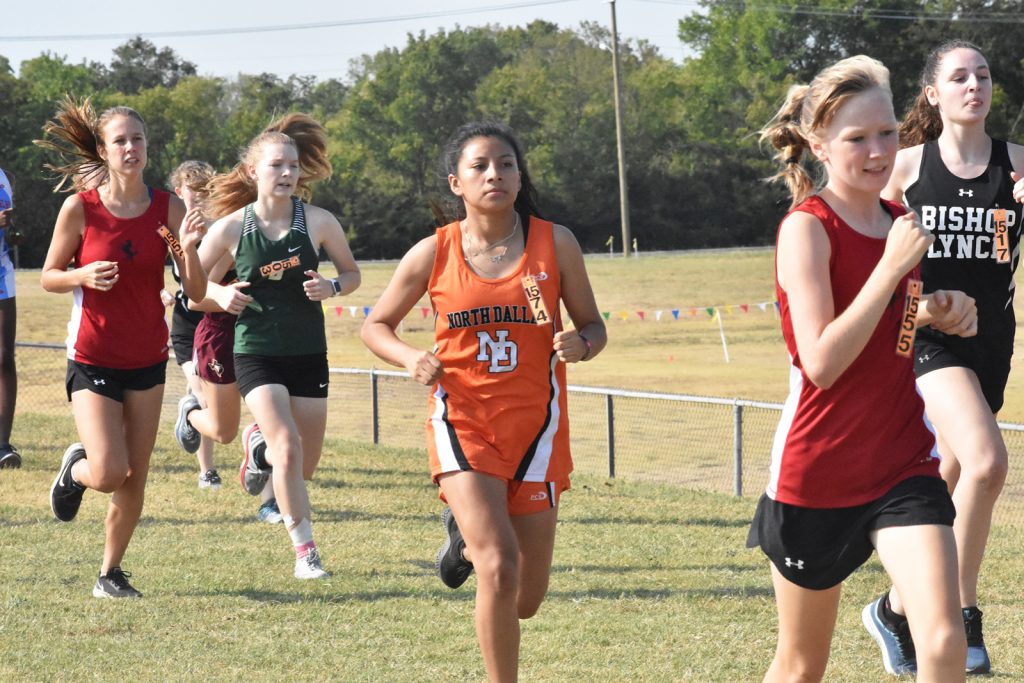 Flavia Santamaria keeps up with the fast runners. 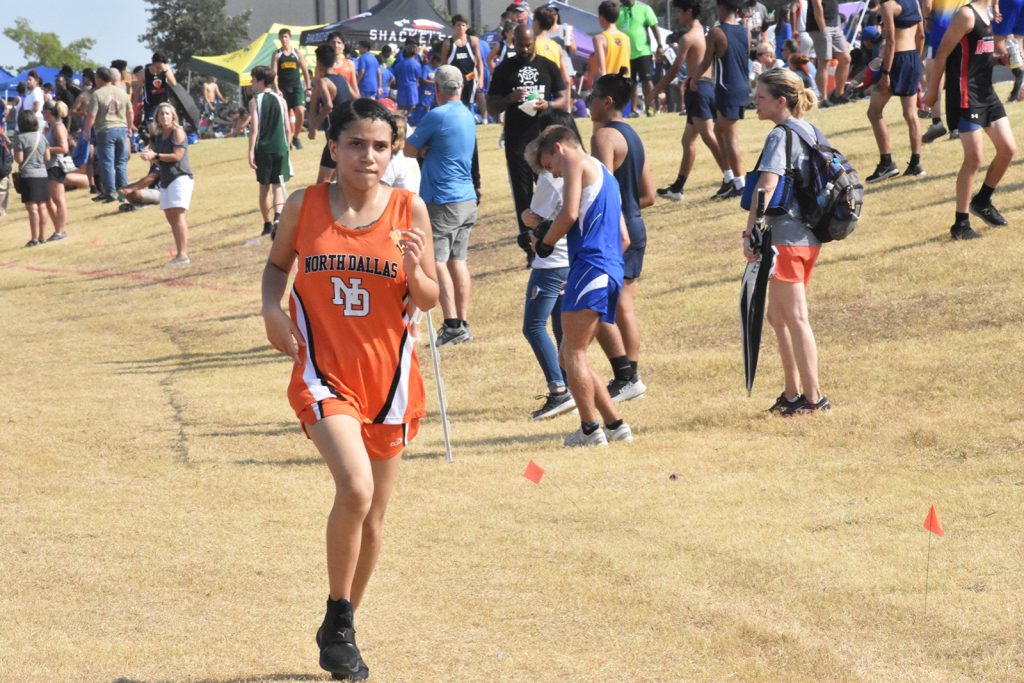 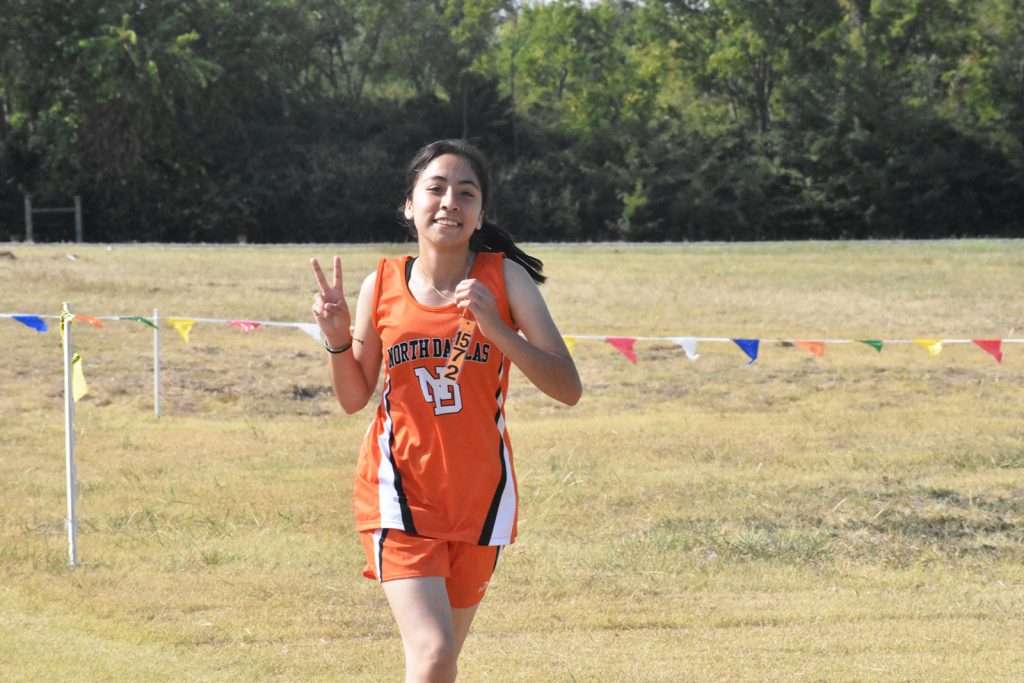 Marleni Murillo waves to the camera. 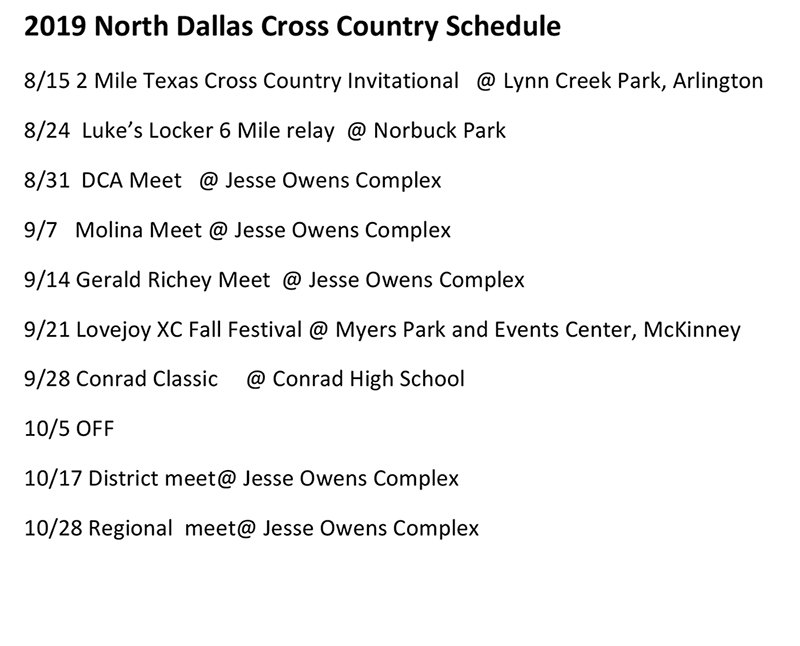