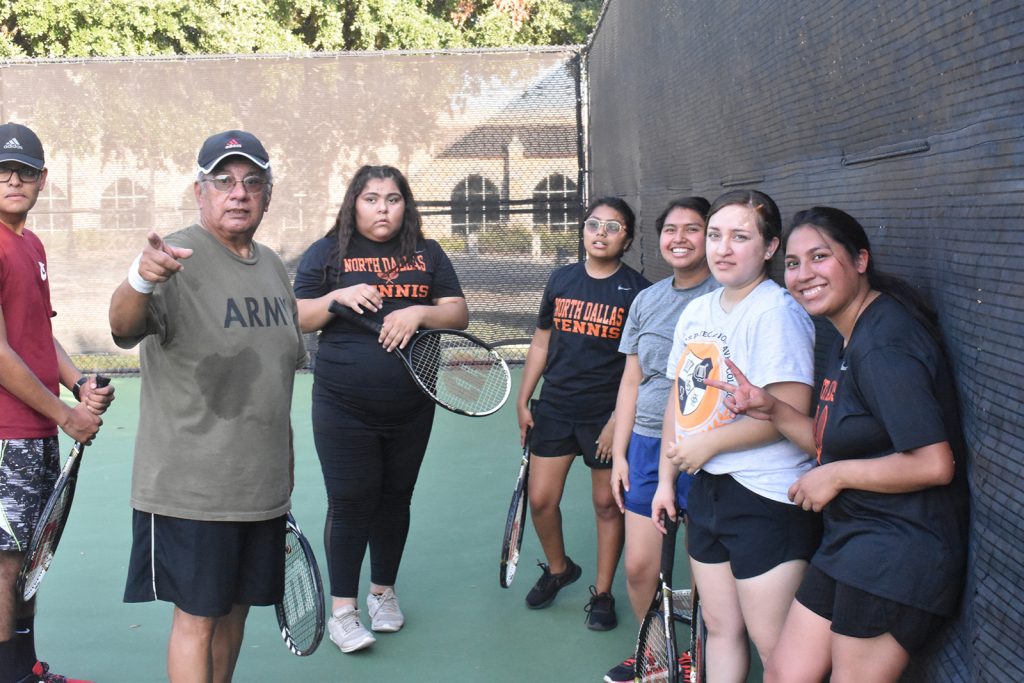 “So far so good. We won our first district match two weeks ago against Wilmer-Hutchins,” Bowers said Monday at Cole Park. “We continue to put in work every day. Thankfully, with the help of Coach [Ernest] Cerda, who is a North Dallas alumni who is coming to help us out, our kids are putting in the work despite the heat, and I’m really proud of where our program is right now.”

“We’re looking forward to continuing to get some experience, playing matches,” Bowers said about Wednesday’s match. “And we’ll hopefully continue to improve as a team both in our work ethics and also in our play as we go against people we haven’t played before.”

The Bulldogs will also be trying to repeat their team tennis title.

“We use that as some motivation. It definitely motivates the kids to come out here every day,” Bowers said. “But I’m really big about the process and not the outcome. So I want them to focus on coming, doing their job every day and putting in work every day and inevitably we’ll hopefully see victory come out of that.” 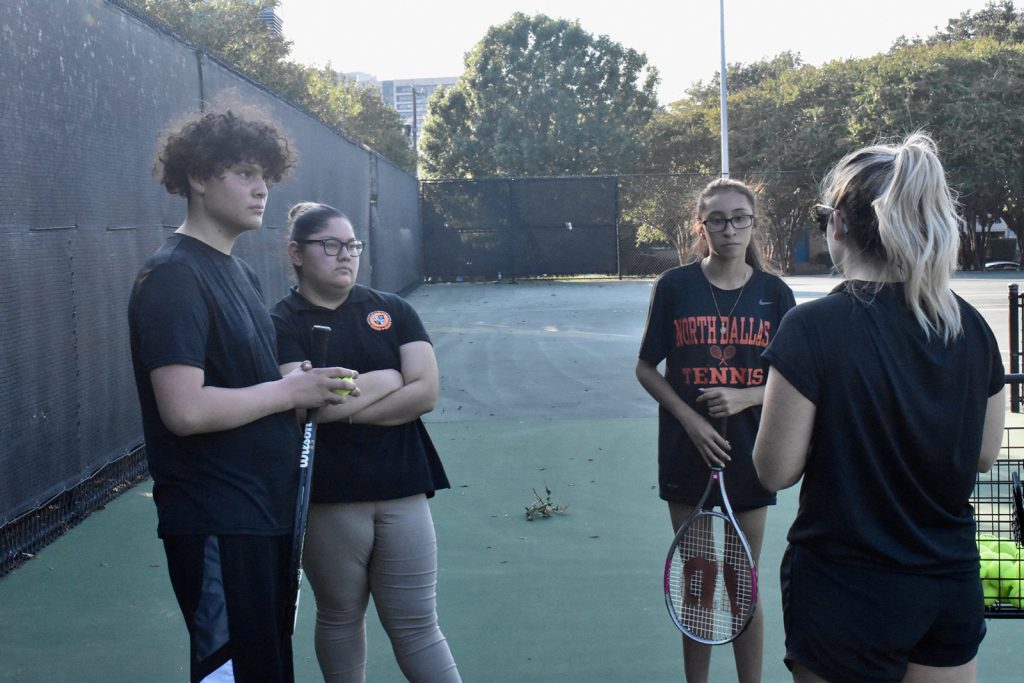 North Dallas tennis Coach Eleanor Bowers talks to some of the new players on the team. 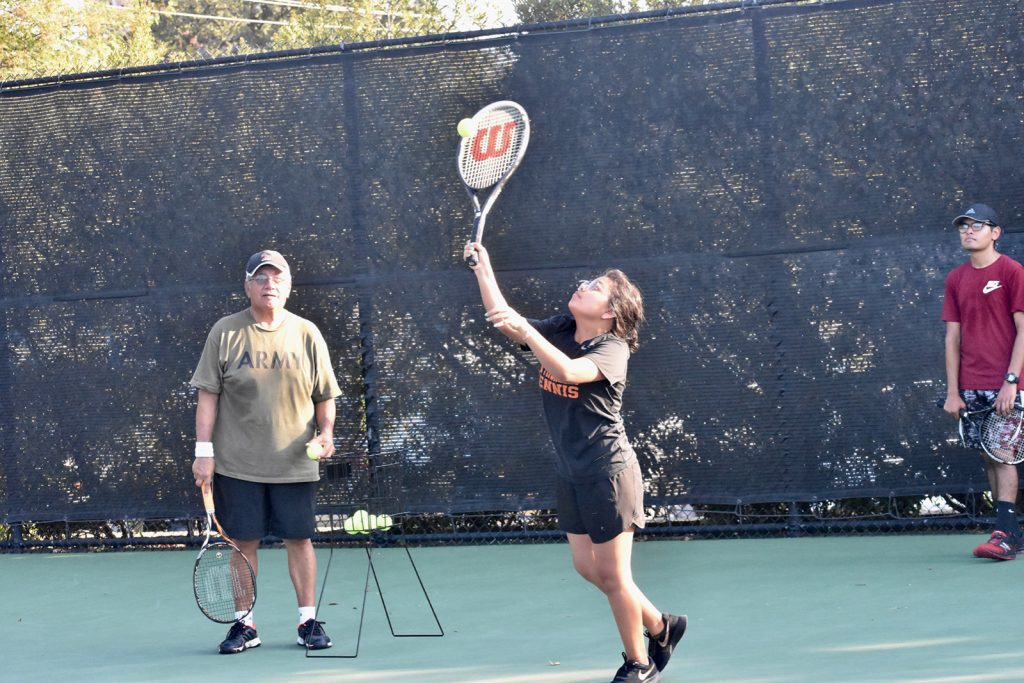 Ernest Cerda works with Yazzie Rojas on her serve. At right is Gerardo Chaparro. 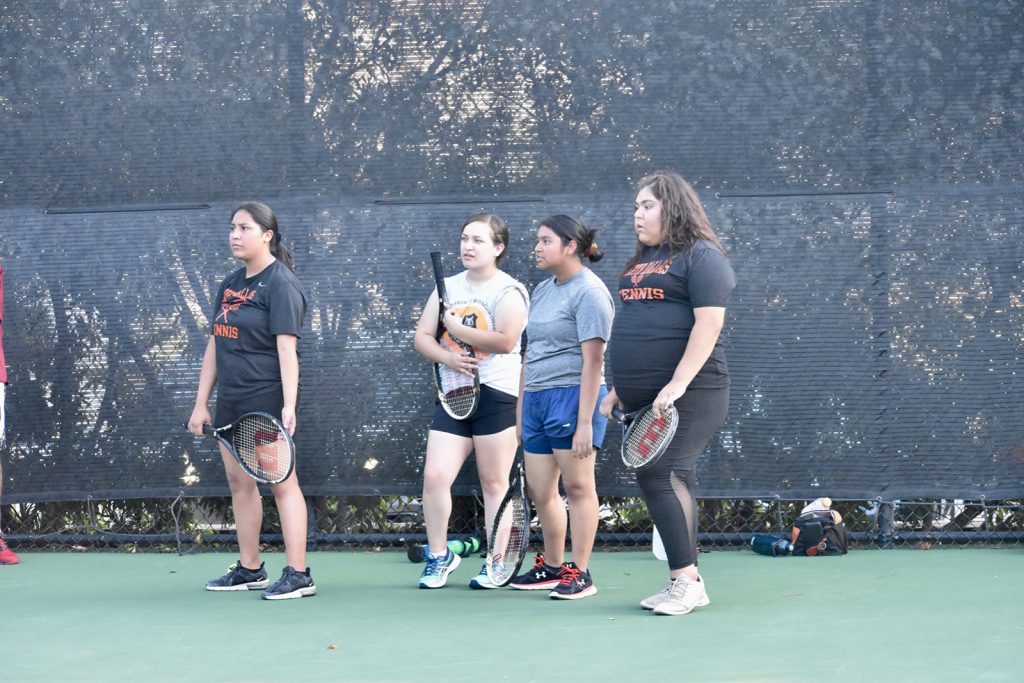 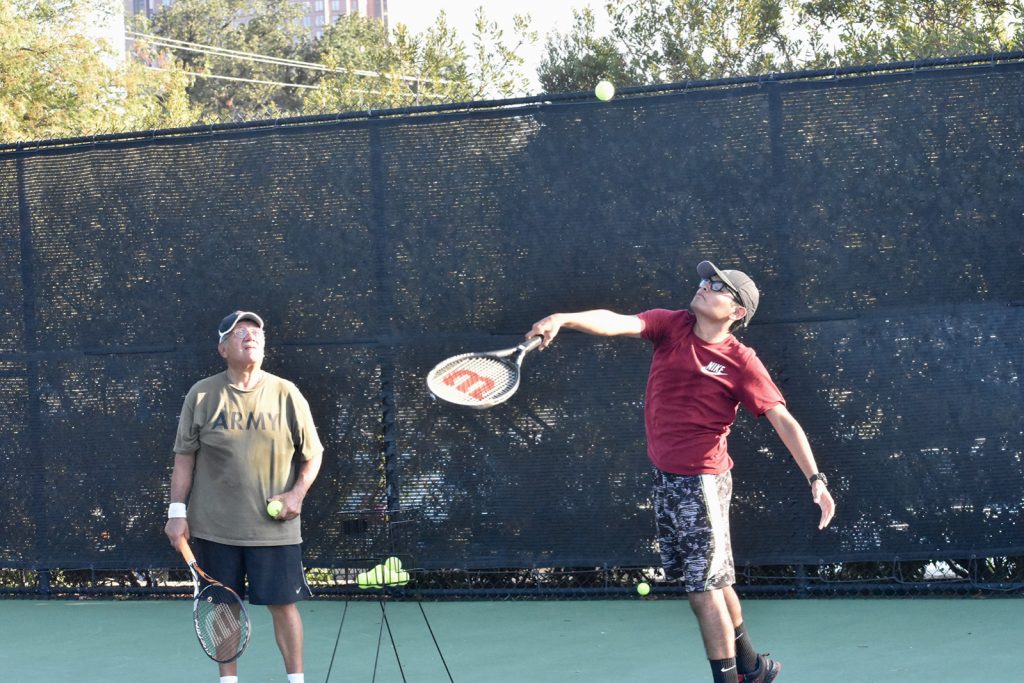 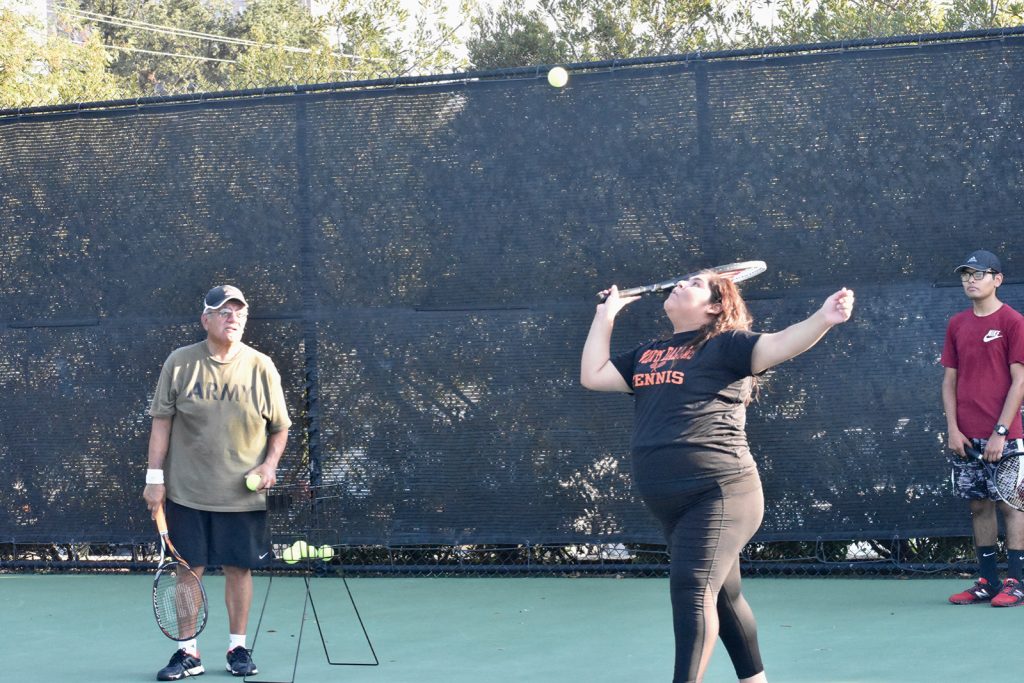 Karina Meza works on her serve.