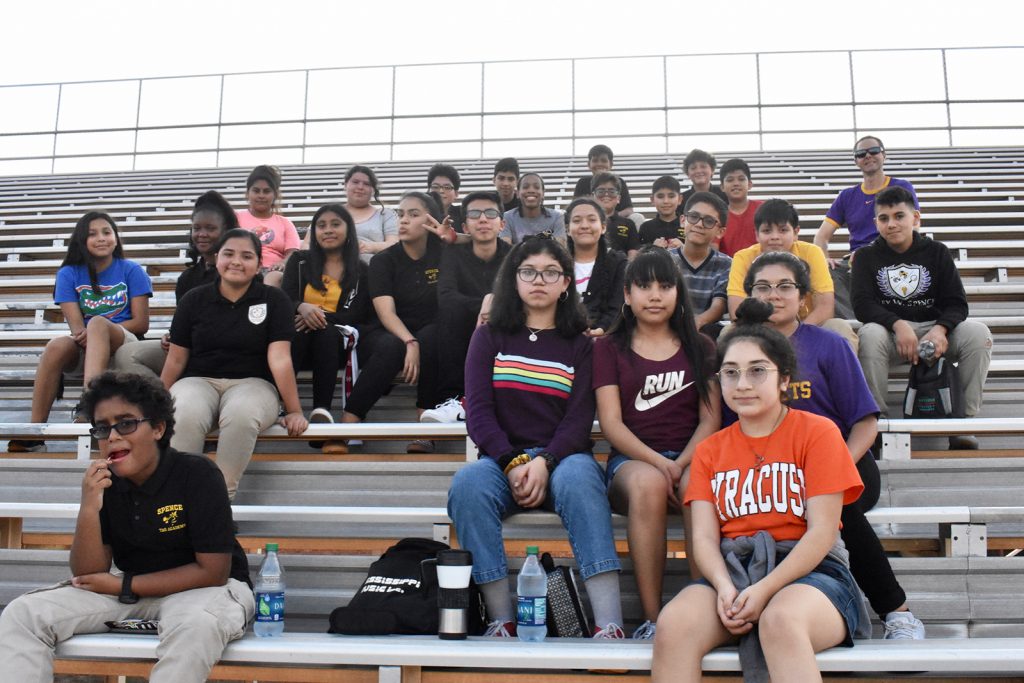 About 30 Alex W. Spence Talented/Gifted Academy band students attended the North Dallas football game on Friday at Franklin Field.  The Spence stueents, under the direction of Michael Goodwin, were there to see the North Dallas band perform at the game and get a glimpse of what it’s like to perform in a marching band.

Goodwin said he has about 300 members in the Spence band, and their performances are usually in December and May.

“They’re a great group of kids. They play well and they have fun. Just a fantastic group,” Goodwin said. “I really enjoy working with them and they’re great kids.”

Asked about how he handles 300 students in the band, Goodwin said, “Very carefully. One day at a time. But they’re great kids so it’s pretty easy. They’re split up during the day. I don’t have 300 at one time ever. It’s not so bad.”

Goodwin said he was glad his group could attend Friday’s game.

“Thank you to North Dallas for hosting us,” he said.