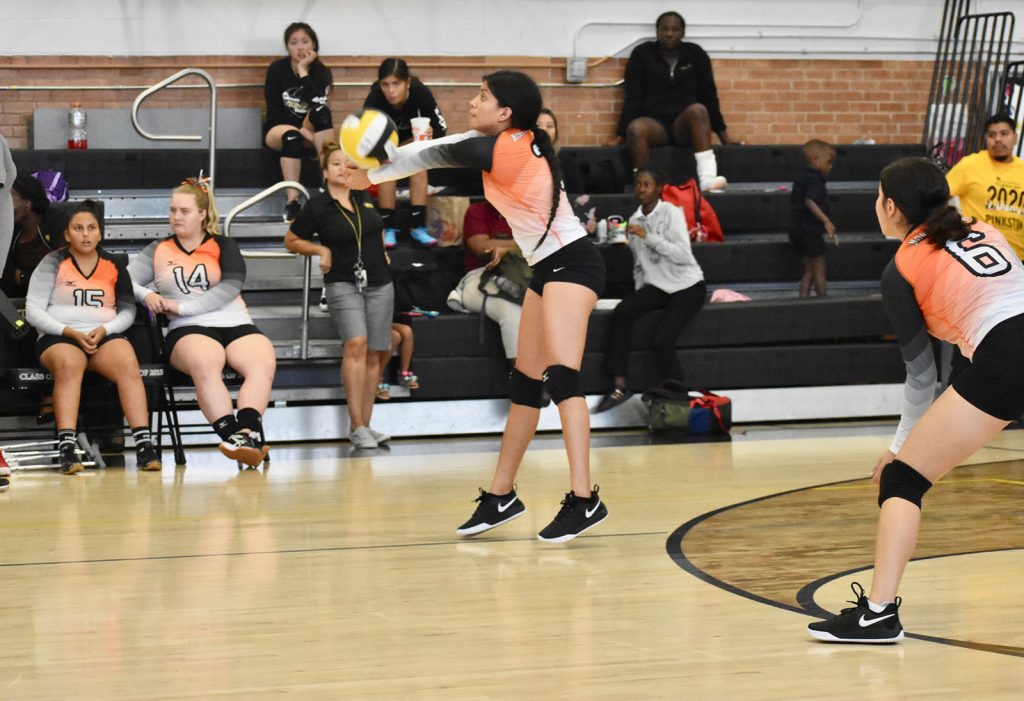 Rosa Olivio returns a shot against Pinkston on Sept. 27.  The Lady Bulldogs lost the first two games, but came back to win the next three and take a 3-2 win.

For North Dallas Coach Alana Cummings, the Lady Bulldogs’ volleyball season is a work in progress.

When asked about her team’s play, she responded, “It’s game by game.”

The Lady Bulldogs opened the District 12-4A season with 3-2 losses to Wilmer-Hutchins and Carter, then another loss to Hillcrest, before turning it around with wins over Lincoln (3-0), Roosevelt (3-1) and Pinkston (3-2). North Dallas fell in another 3-2 decision to Wilmer-Hutchins on Oct. 1.

On Tuesday, the Lady Bulldogs play the Carter Cowboys at Cobb Field House.  The junior varsity game is at 6 p.m., followed by the varsity game.

The Lady Bulldogs’ three district losses by 3-2 scores are both positive and negative, Coach Cummings said.

“It’s both positive and negative. The negative part is we should be able to finish,” she said. “The positive part is at least we’re not losing three games straight.”

The Sept. 27 win over Pinkston, also by a 3-2 score, was even more impressive because the Lady Bulldogs rallied after losing the first two games.

She continued, “Even the Wilmer-Hutchins game, Hutchins beat us the first game 25-5, and then we came back and won two in a row. Then Hutchins won one and we battled to 15. So at least we’re battling. That’s how it was last night, but you have to be able to finish, though.”

The Lady Bulldogs work on coverings in practice and during pre-game workouts, Cummings said. Coverings includes being in position to return their opponents’ shots.

“This time of year, it’s about maintaining and being mentally focused.  Right now, not too many more things you can learn,” Coach Cummings said.

“We have to play smarter. I always tell them they [opponents] can’t hit what they can’t pick up. So the other team can be off-balance by our serves,” she said. “If we play smart, they keep back, they cannot put the ball down. We have to keep them off-balance and play a smarter game.

“That’s why covering is so important. We have to pay attention and cover.” 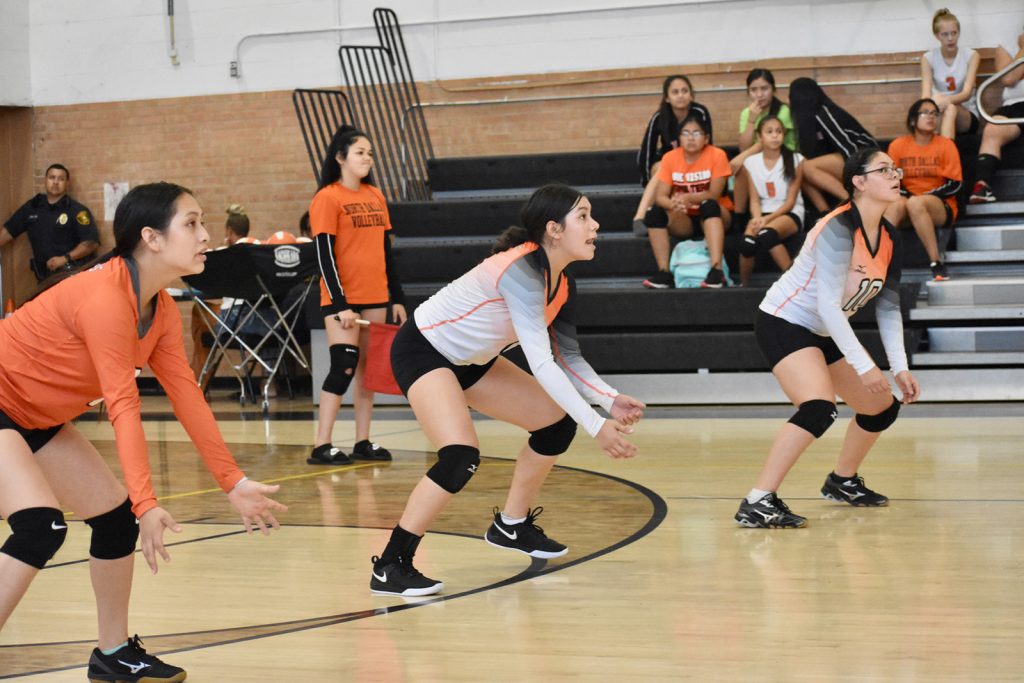 Leslie Aramburo, Sophia Hernandez and Victoria Hernandez maintain their positions on the court. 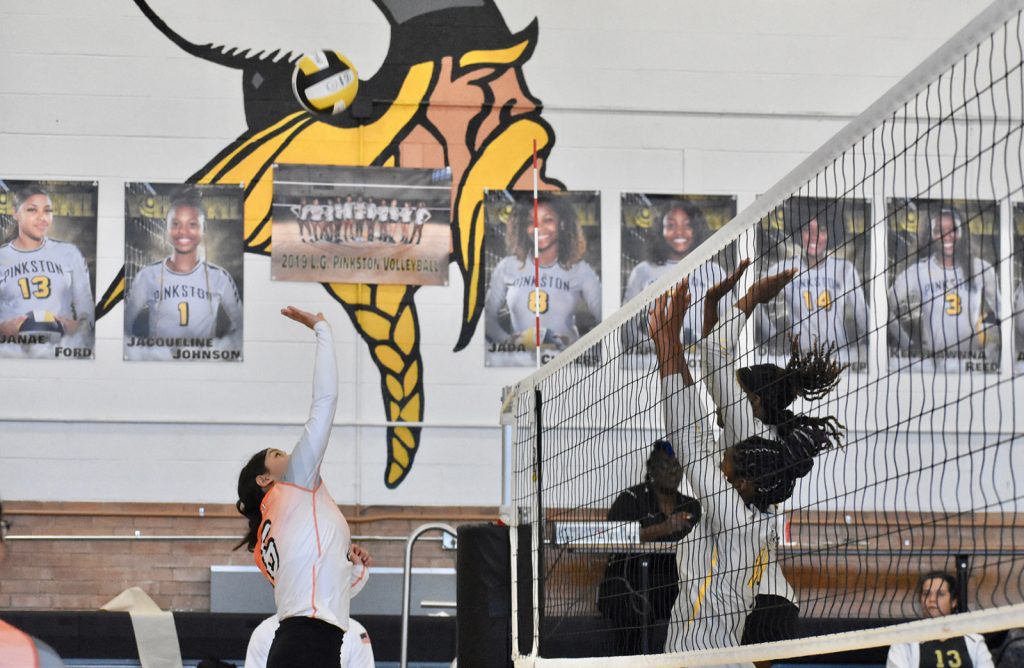 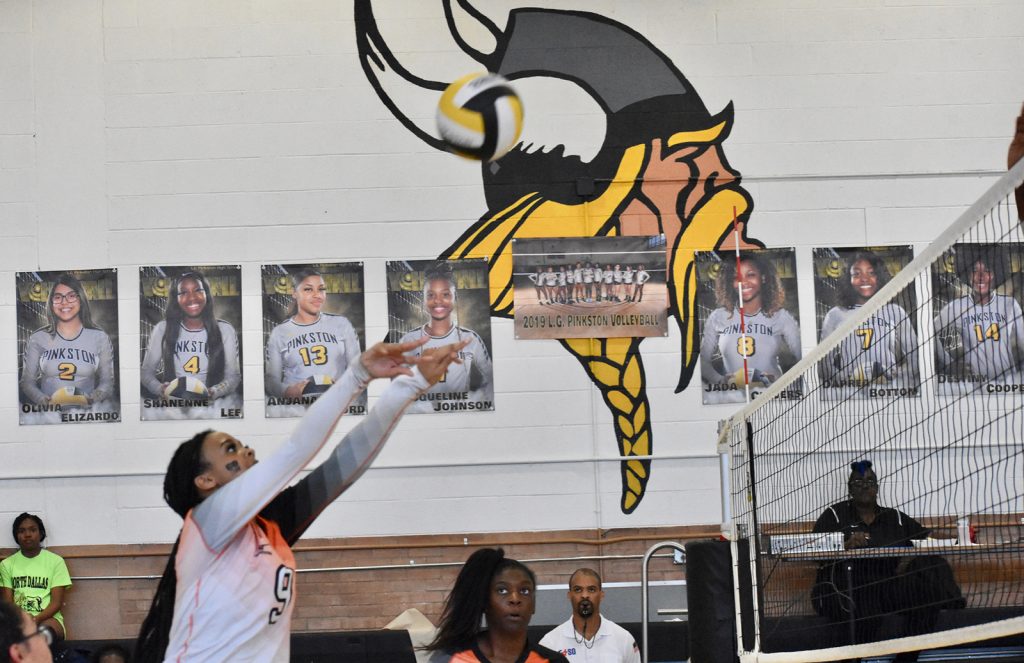 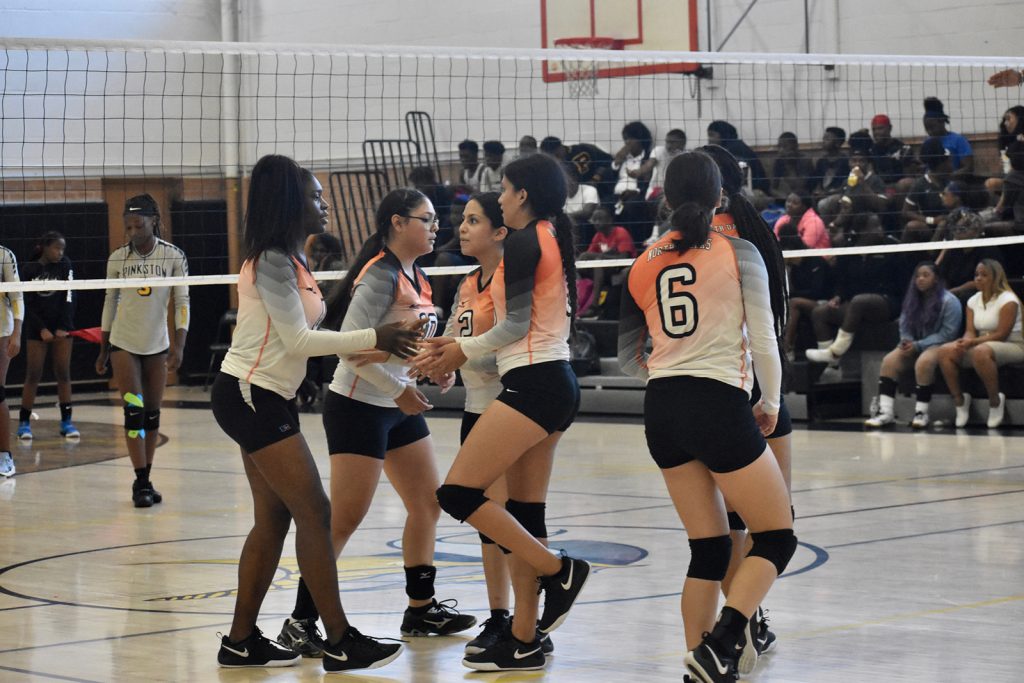 The Lady Bulldogs celebrate a point. 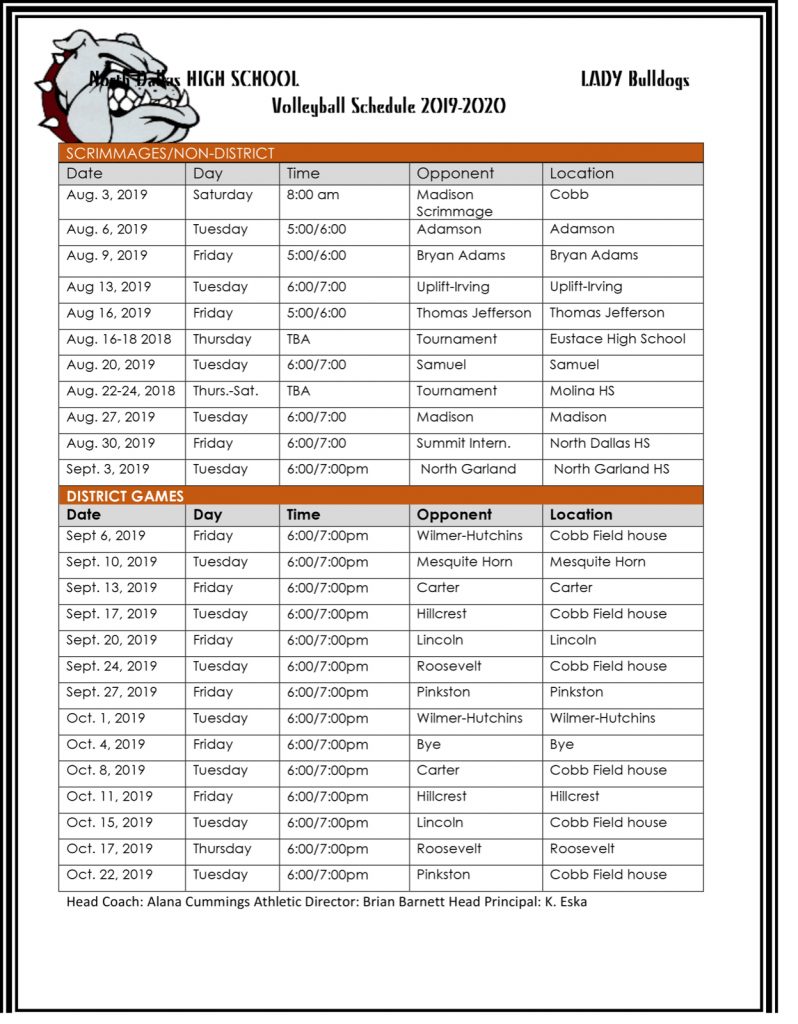