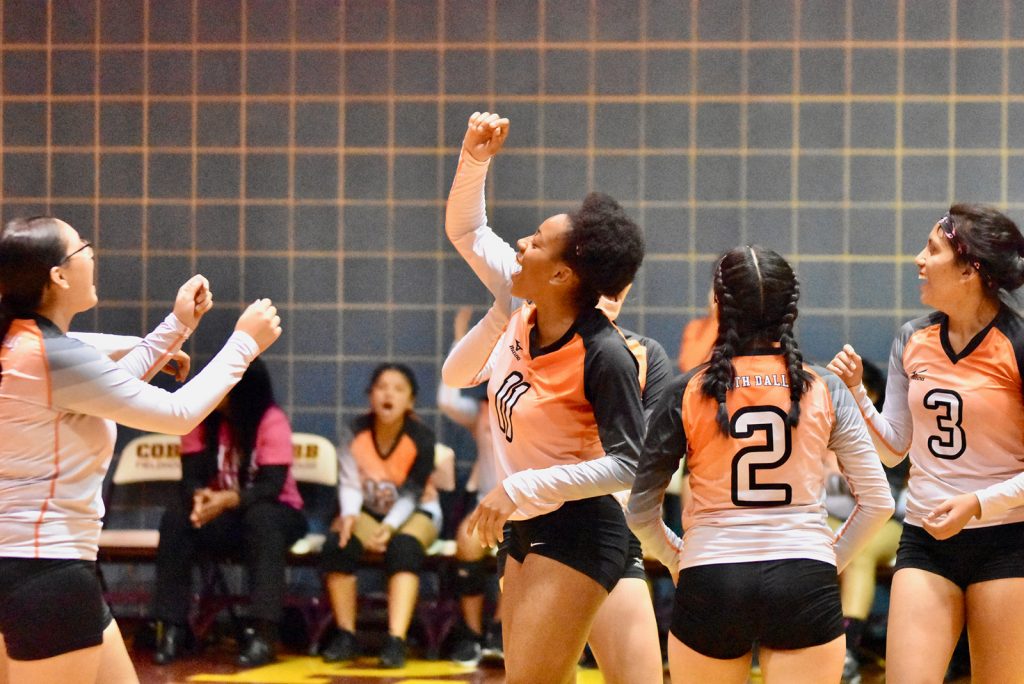 Senior Terri Jeffery (4) and the Lady Bulldogs celebrate a point against Pinkston.

After starting District 12-4A play with three losses, the North Dallas Lady Bulldogs won six of their next nine matches to finish in fourth place at 6-6.

North Dallas, making the playoffs for the second year in a row, will play Celina, the winner of District 11-4A, at 7 p.m. Tuesday at Frisco High School.

“I don’t think there was a turning point. It was … just a gradual process,” Cummings said last week. “The talent had always been there. The focus, the consistency, just talking and playing the whole game through. It’s an ongoing conversation I was having with them. Keep playing, keep playing. We got to start one way and finish the same way. You can’t start one way and take breaks. I’m still working on it. It’s gotten a whole lot better.”

Throughout the season, Cummings was a strategist, trying several formations, adding different players here and there. She kept trying to find the right combination.

“We’ve made a lot of different adjustments and changes along the way,” she said. “Developing each person. Everybody has to contribute their part to the team. If one person made the most improvement this year, it would probably be Sophia [Hernandez]. Each individual player has gotten gradually better in what they’re supposed to be doing.”

In her 18th season at North Dallas, Coach Cummings was smiling during the first set of the second match against Hillcrest. The Lady Bulldogs won the first set but eventually lost the close match 3-1.

“That Hillcrest game was probably what I had been hoping they would play like,” she said. “That’s what we do in practice. Like keep playing, play consistent, call every ball, every ball transition, everybody’s doing their job. That’s what it’s supposed to look like in that first game against Hillcrest. But to keep them doing that throughout the whole entire game is …”

She paused and then continued, “Volleyball is very mental. It’s a game of consistency. Even the good teams can be down but they know in their minds to keep playing. Keep playing, keep making the right moves, keep picking your balls up, talking, and eventually find a way to come back. Most urban teams are not consistent.” 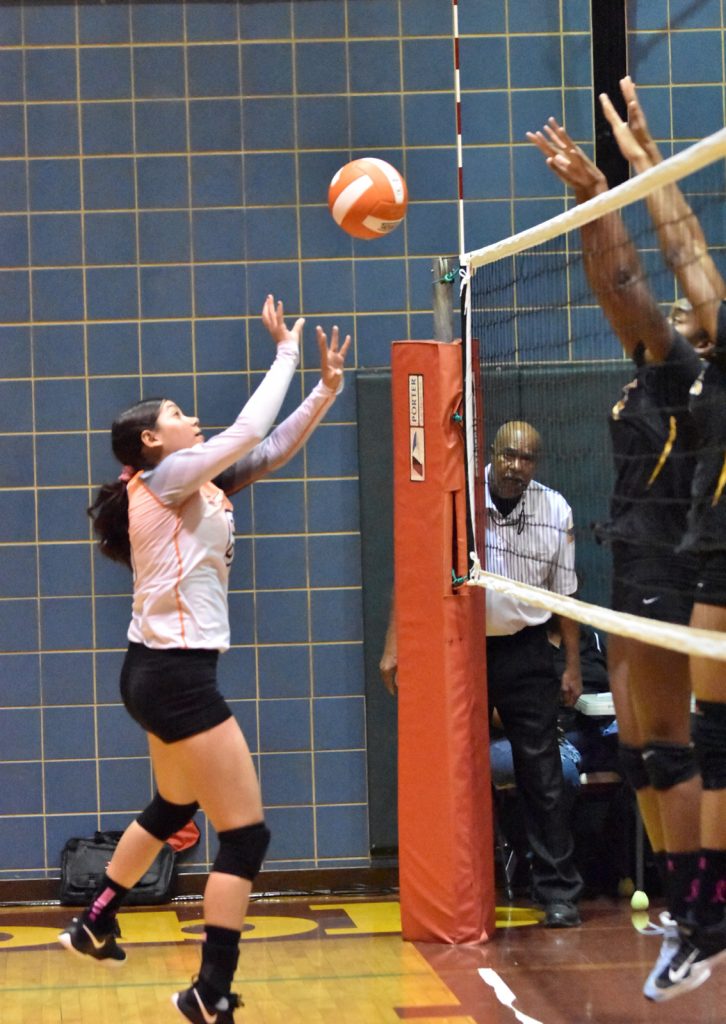 Sophia Hernandez returns a shot back over the net against Pinkston.

In the season finale, Cummings said the Pinkston team was very athletic but not consistent.

“Pinkston was a good team. They played well in spurts, you could see that,” Cummings said. “But no consistency. I can see their athletic ability over there. Wow, these girls are athletic. But they didn’t have consistency. Volleyball is a game of mental focus. A lot of our kids are not. Their attention to focus is not very long. They get tired, they start wondering, or they miss a ball.”

Most of the top teams in high school volleyball have players who specialize at certain positions. North Dallas doesn’t have that luxury. For Cummings, it’s part of her coaching philosophy:

And in order for the volleyball girls to play all the positions it takes practice, Cummings said.

“It’s expectations. You have to expect. You let them practice it,” she said. “Everybody on the team probably could play. In their minds, you ask them, ‘Can you play middle?’ and they’re going to tell you ‘yeah’. ‘Can you play back row,’ they’re going to tell you ‘yeah.’ They want to play everything. In their minds,  I want to develop an all-round player and not specializing in anything. 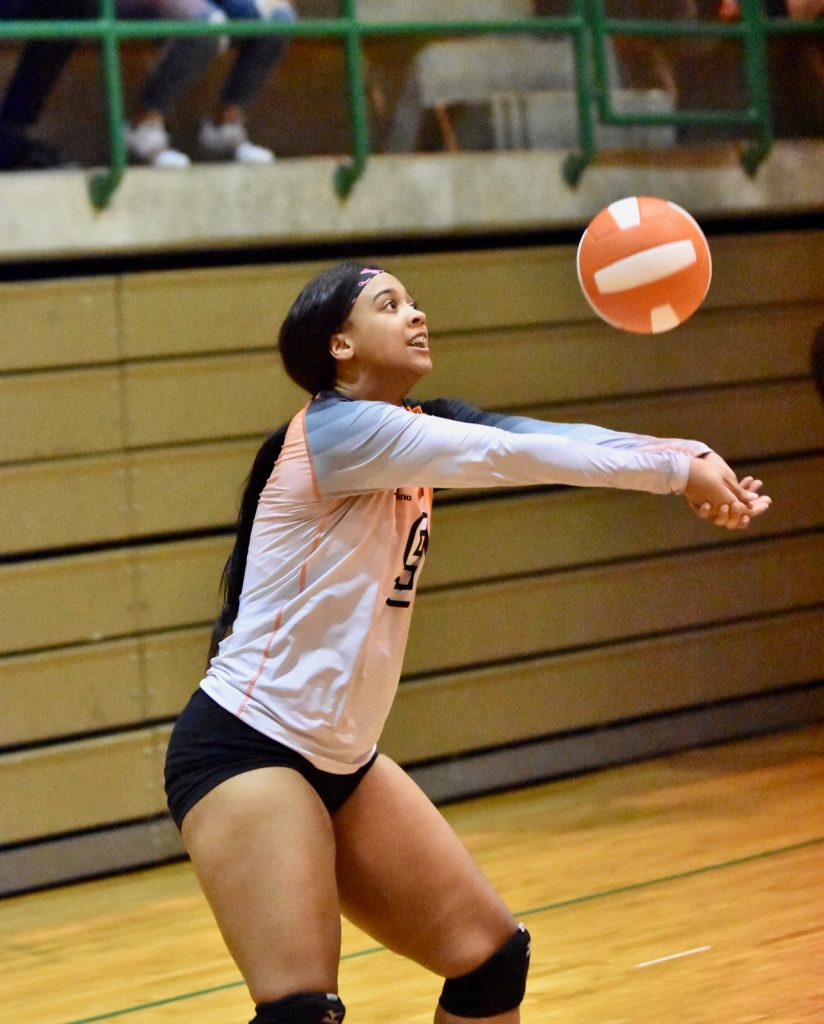 Senior Jayla McIntosh sets the ball for a teammate. 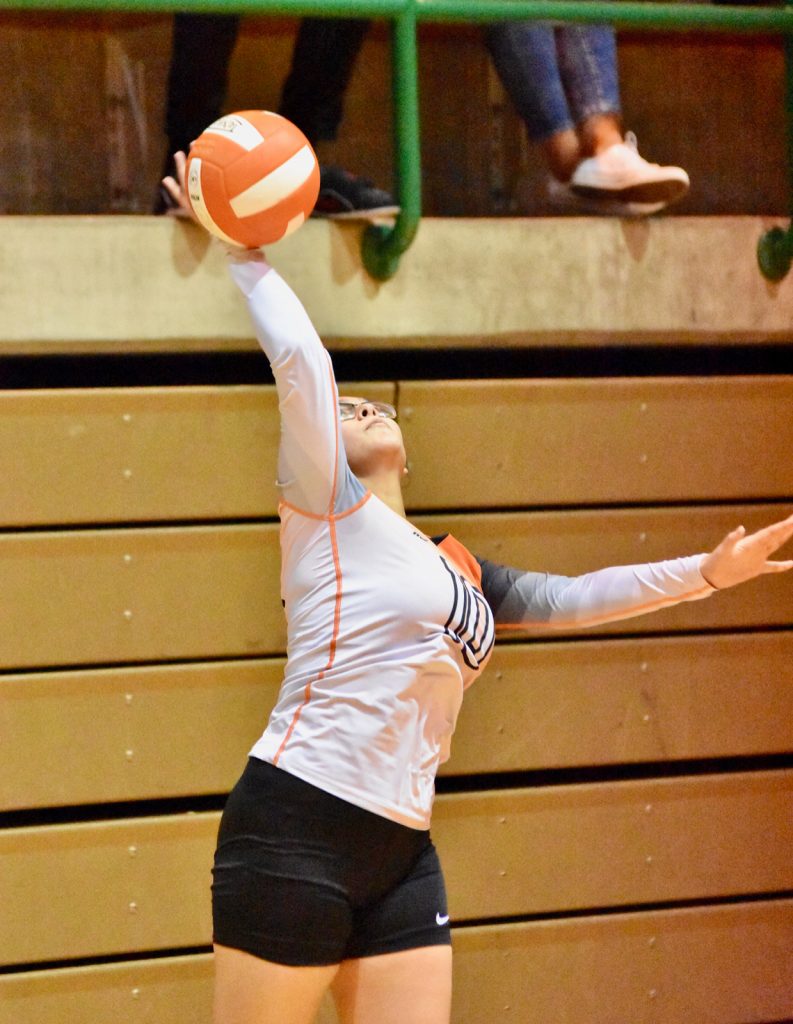 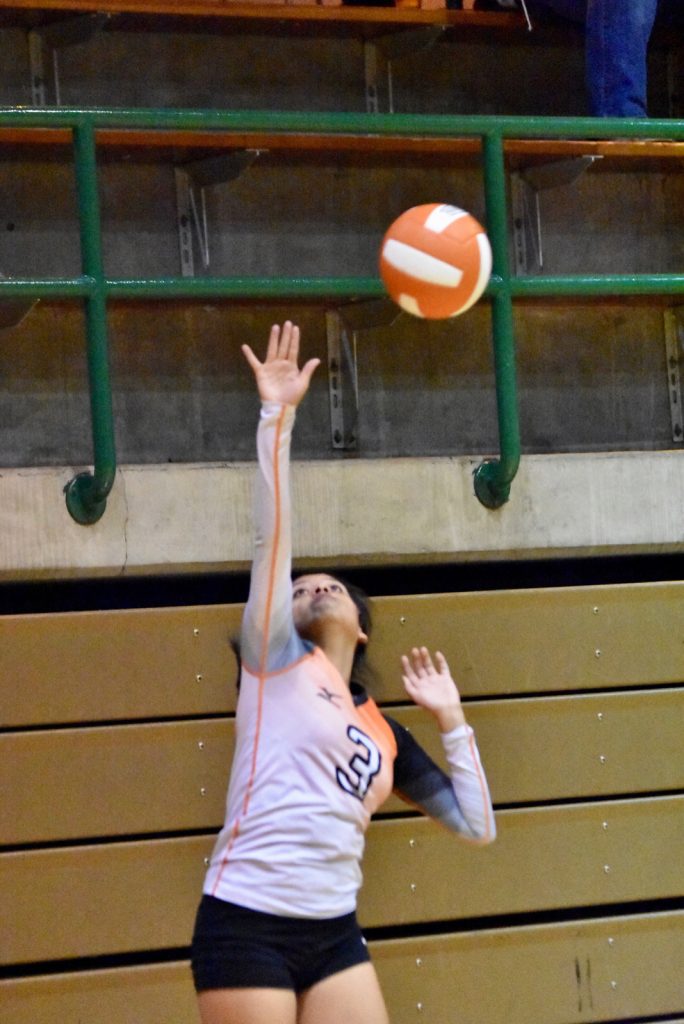 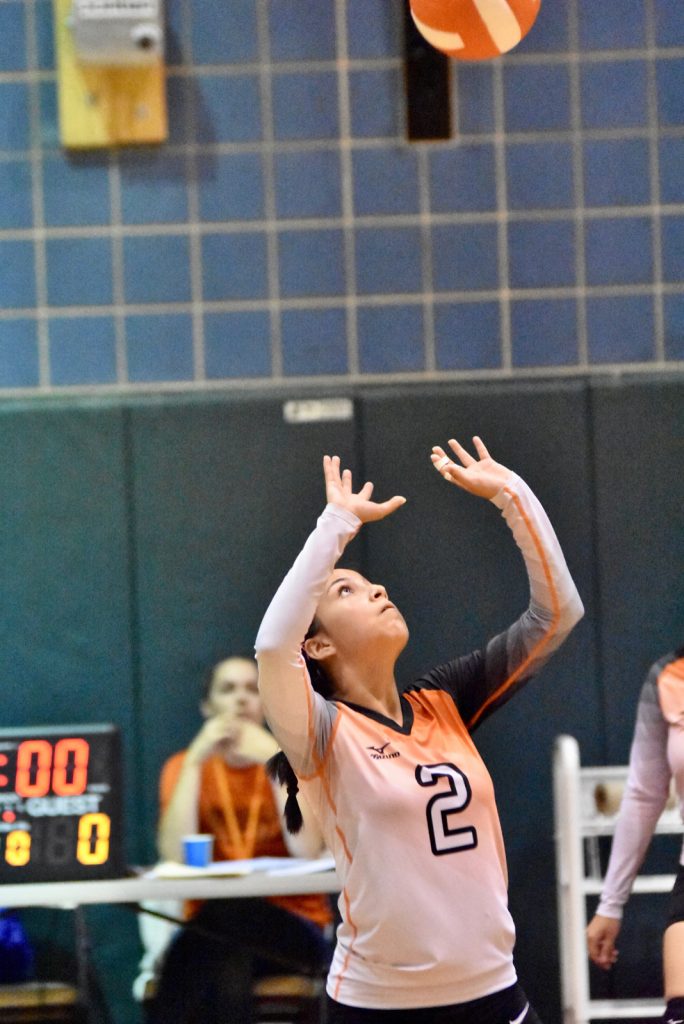 Senior Wendy Garcia sets the ball in the air.