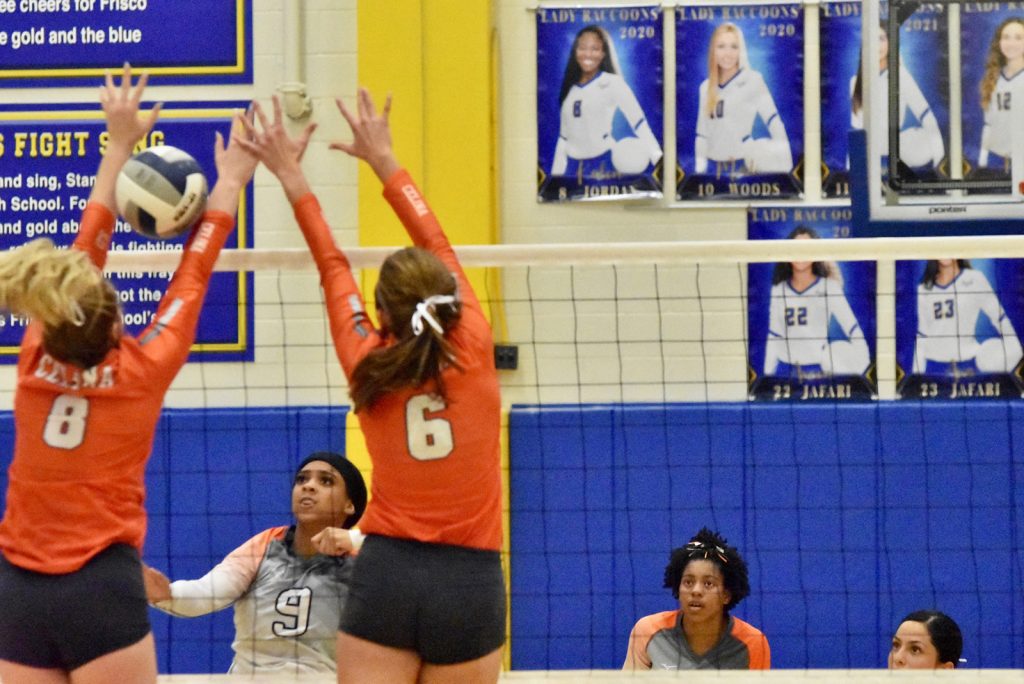 Jayla McIntosh gets her shot through the Celina’s player’s arms.

Inner-city volleyball vs. small-town volleyball. The North Dallas Lady Bulldogs found out they have a ways to go to catch up with the Celina Bobcats, falling in straight sets 3-0 in about an hour Tuesday at Frisco High School.

Celina (26-10) advances in the UIL Class 4A playoffs while the Lady Bulldogs’ season ends. Celina is the first place team from 11-4A while North Dallas was the fourth place team in District 12-4A.

You could see the difference in the two teams from the start. North Dallas Coach Alana Cummings called a time-out to calm down her team after Celina took a 7-1 lead. The margin increased to 12-3 and ended 25-5 in a relatively quiet set. North Dallas led 1-0 and 2-1 in the second set, but Celina came back for a 25-9 win. Celina took a 14-0 lead in the third set en route to a 25-5 win.

“We could have played better than that. It’s hard to adjust when you’re in the middle of adusting,” Coach Cummings said. “Teams in Dallas don’t play like this.

“Hopefully, we can get more girls to commit to club or outside. Those girls play club but they’ve been playing since fourth grade. There’s no way. We saw it in the stands. Not making excuses but it is what it is. We did the best with what we have. That’s all we can do.”

Cummings has only three seniors on the team: Jayla McIntosh, Terri Jeffery and Wendy Garcia. She took 14 players to the playoff match to give them the experience of the playoffs and watch the level of competition from Celina.

“Jayla has only been playing volleyball two years. Two years. These have been playing since second grade,” Cummings said. “So you have a girl who’s played two years in her life and Terri’s only been playing three years in high school, so …   It’s hard to make adjustments when you’re here in the middle of all this. It’s everything, the fans, the gym. You can’t create this atmosphere at North Dallas. You can’t create it at Cobb. It’s like a whole another world. Even the way they play, it’s different. But we had some really good moments.”

Jayla, who has been to the state tournament in wrestling, could relate.

“It’s kinda different. Wrestling is an individual sport. But I just feel like they need that experience of going to playoffs in order to be better next year. That’s how I had to learned to go to state. I had to go through all the motions,” Jayla said.

“We could have done better this season. I’m proud that we made it to the playoffs.” 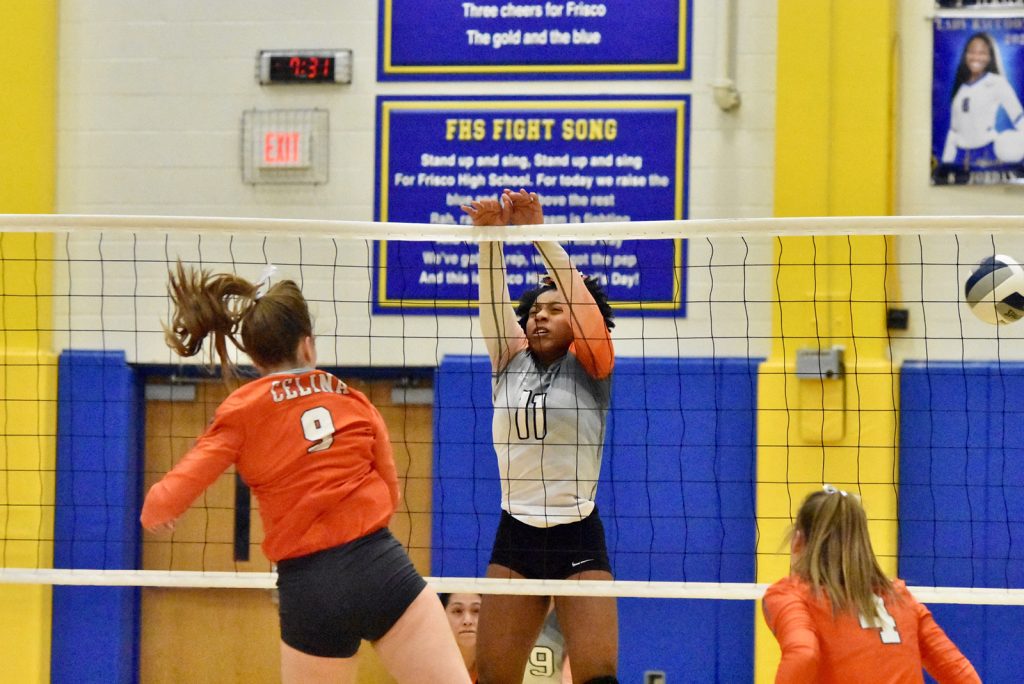 A Celina player powers her shot past Terri Jeffery (11). 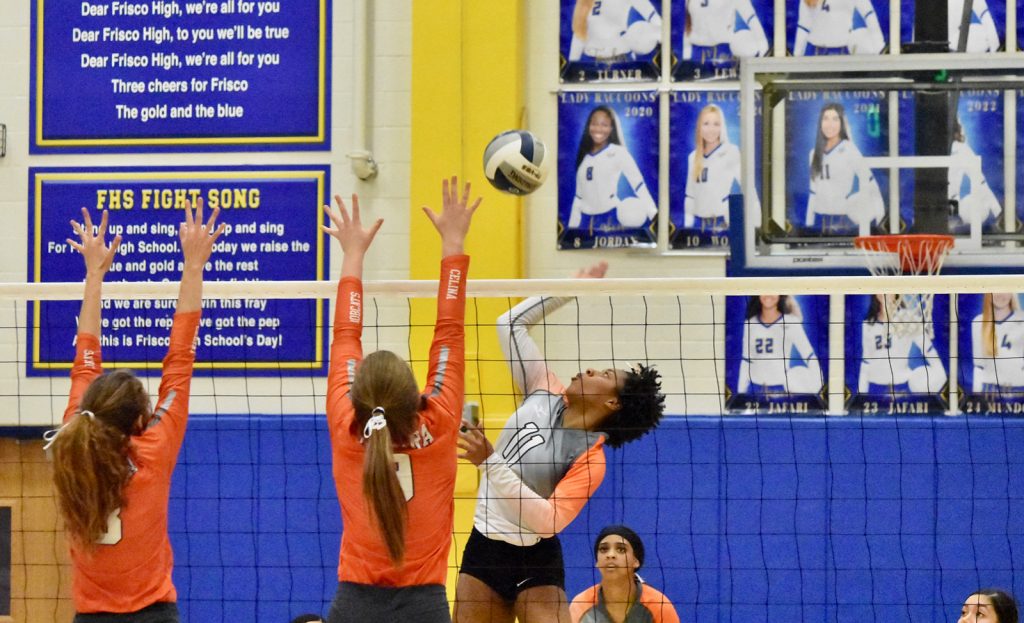 Terri Jeffery later tries to hit a shot over the net. 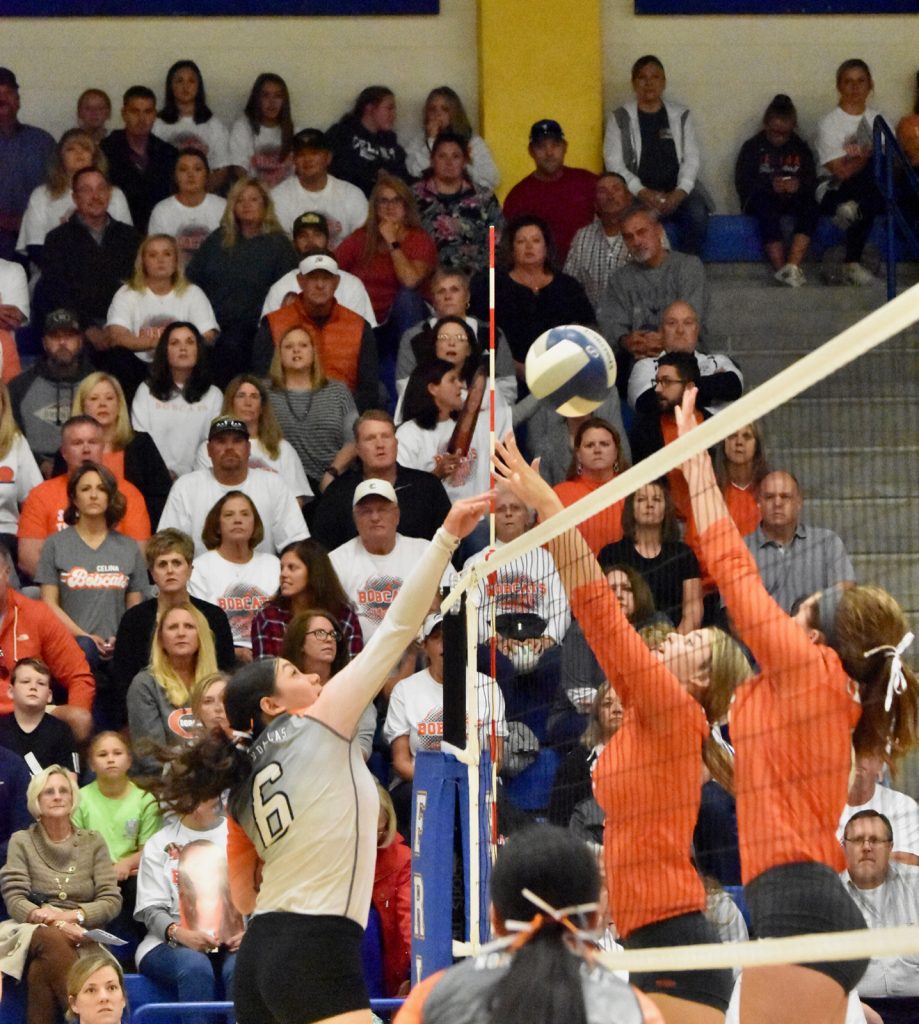 Sophia Hernandez tries to get her shot over the net. 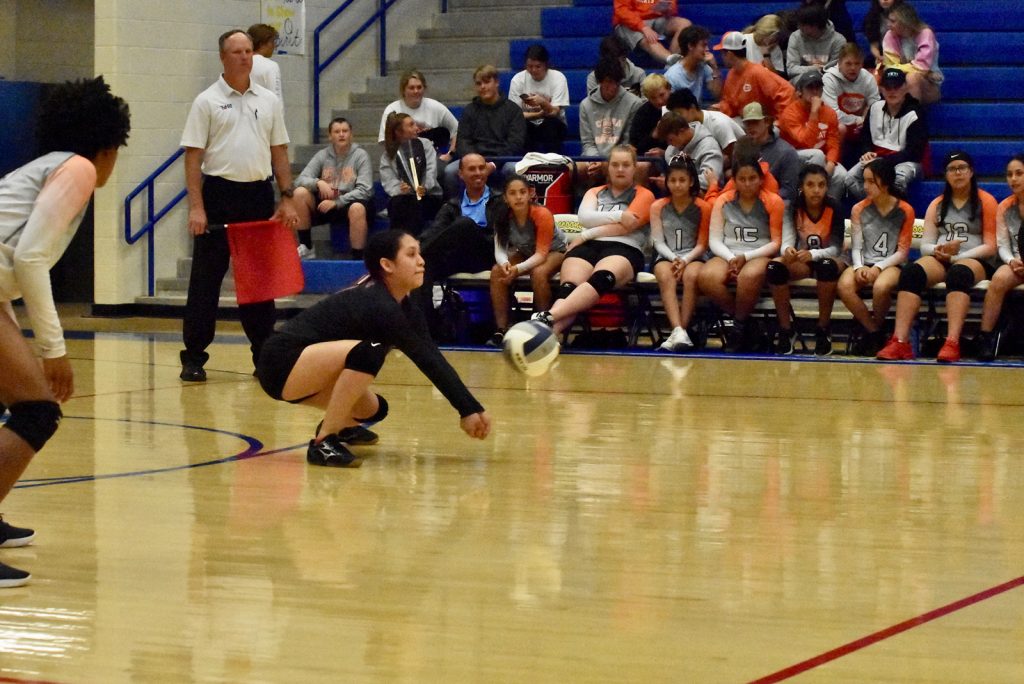 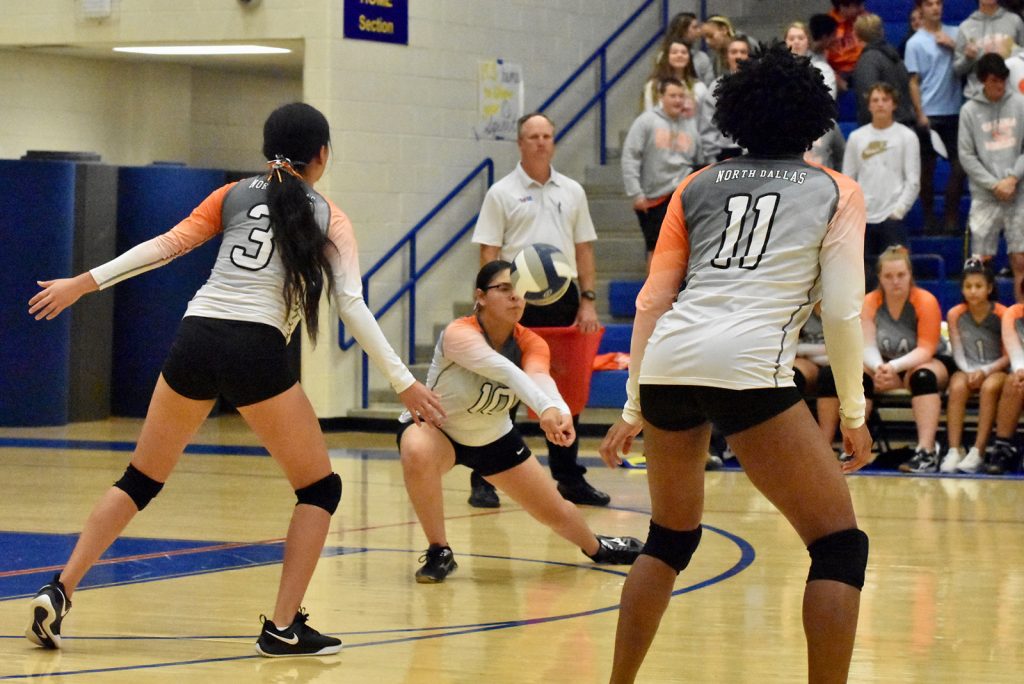 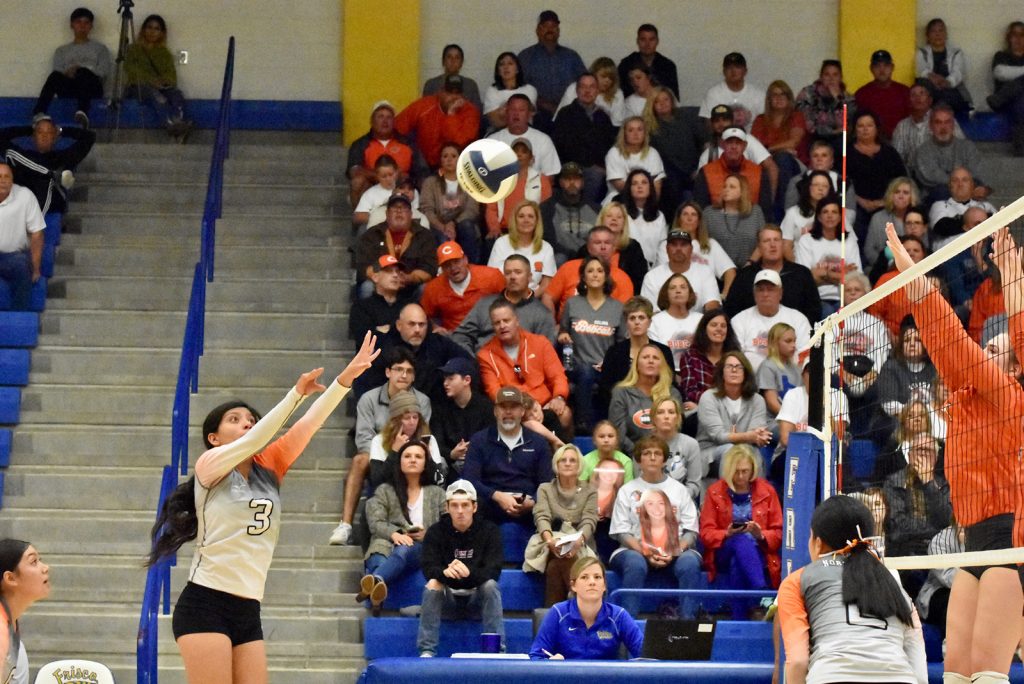 Rosa Olivio hits a shot over the net. 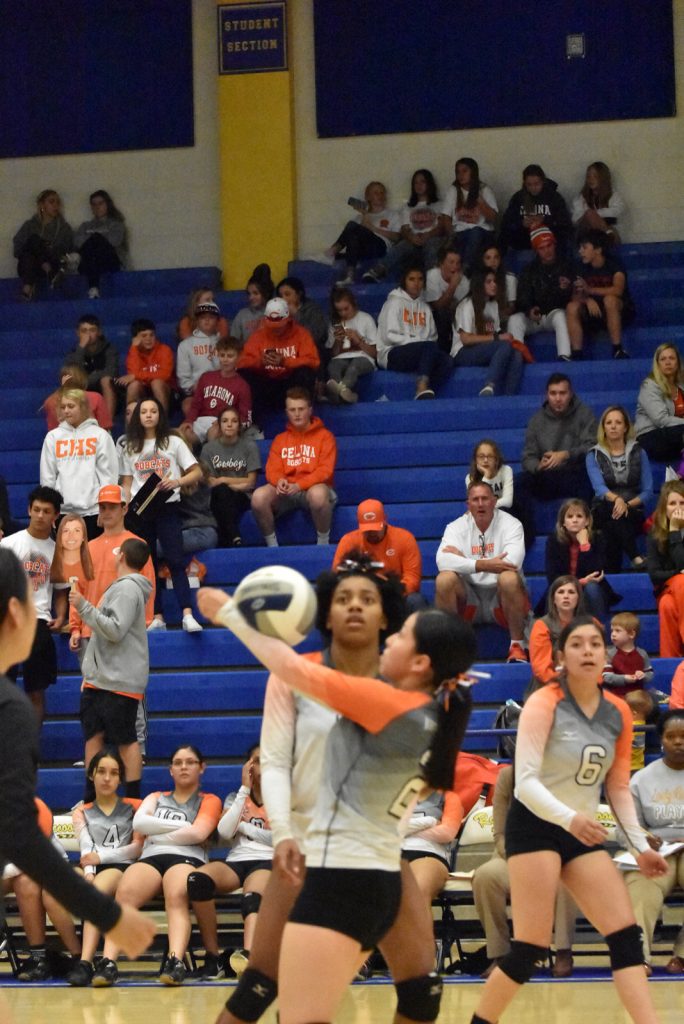 Wendy Garcia sets up a shot.