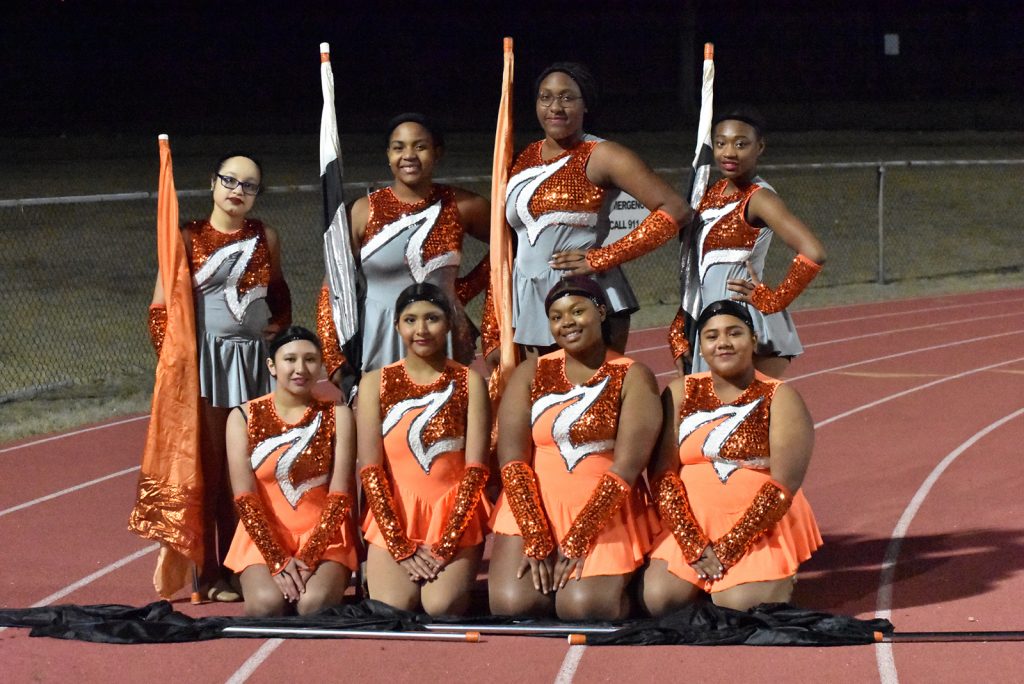 North Dallas unveiled the Orange & Ebony Flag & Twirlers this season and the team did a great job performing at halftime during the football season.
“I couldn’t be more proud of the girls season this year!” said director Stephanie Hartford. “I had all freshmen and one sophomore, which is uncommon for any extracurricular activity. There’s usually at least one person with experience but everyone on my team had never picked up a flag!
“It took us four weeks to learn our first routine and a week and a half for our second routine. The girls have bonded so much as a group and are even starting to make up 8 counts themselves. I can’t wait for next season to show the skill set level we will be at next year. Just know flags will be in the air!” 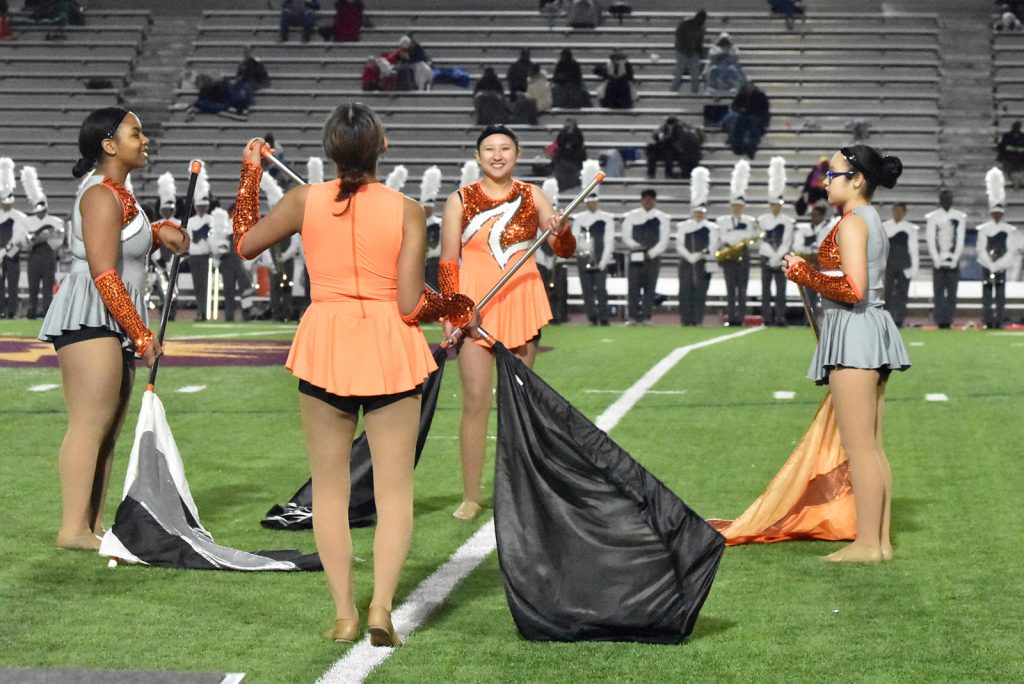 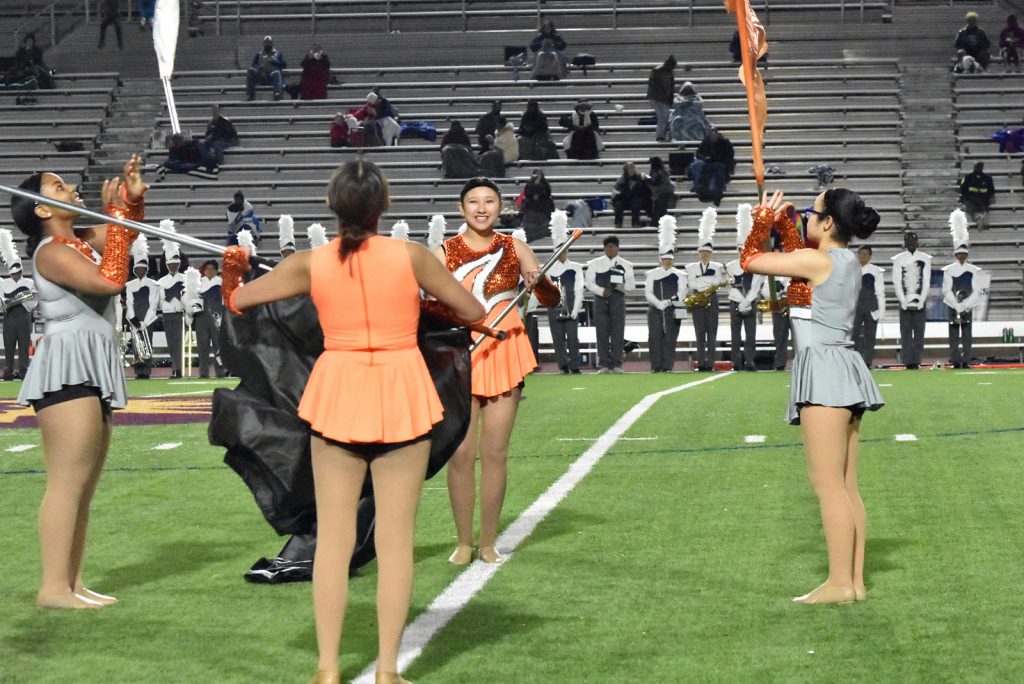 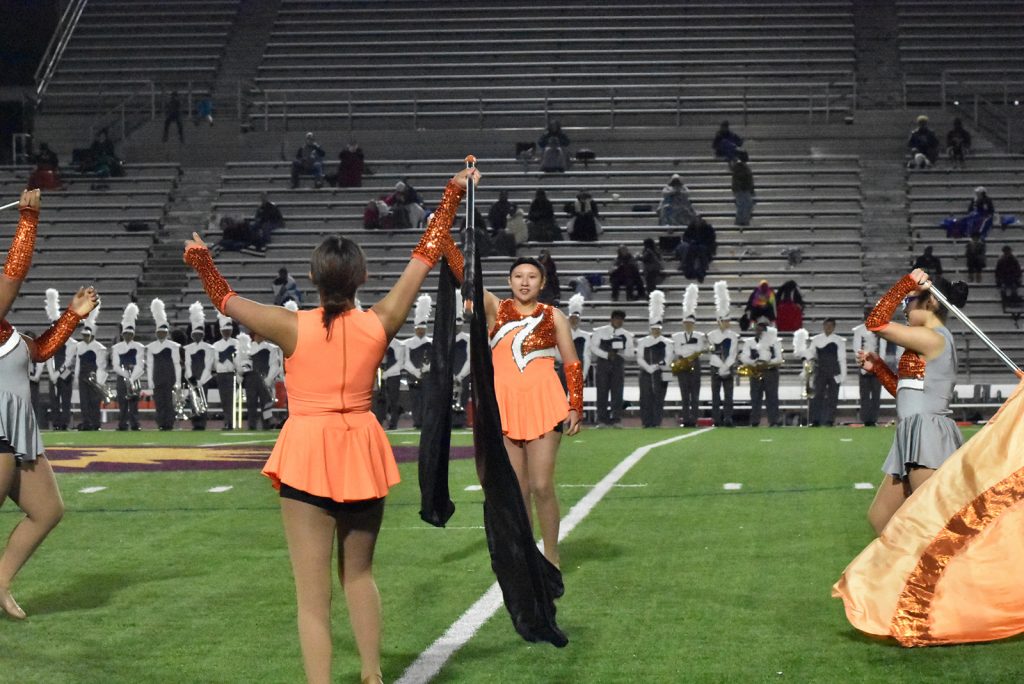 The girls toss the flags behind their backs. 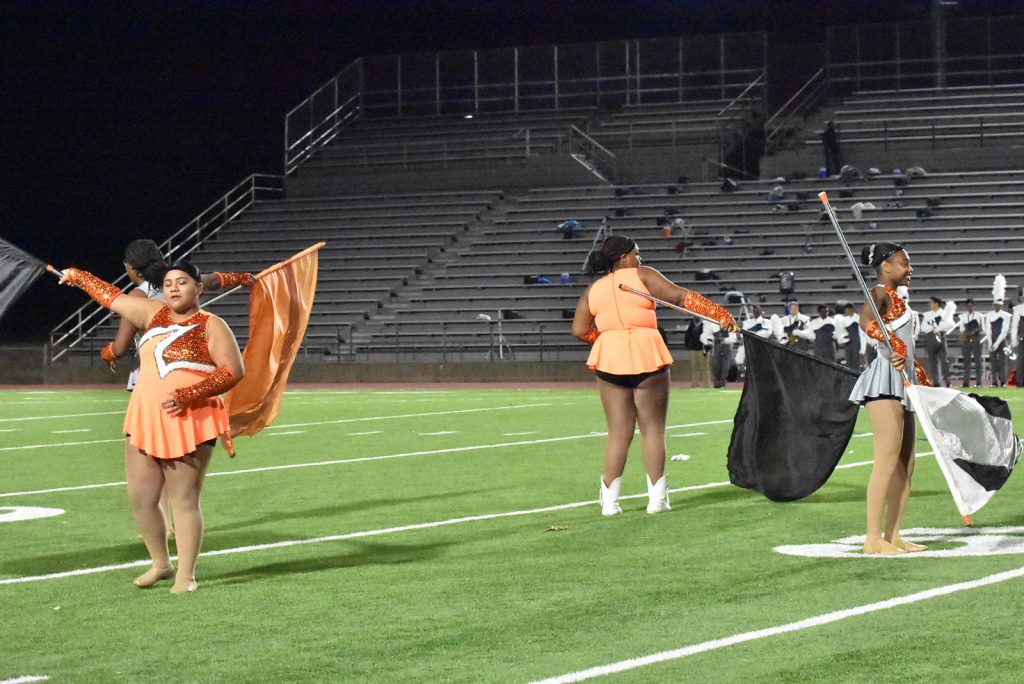 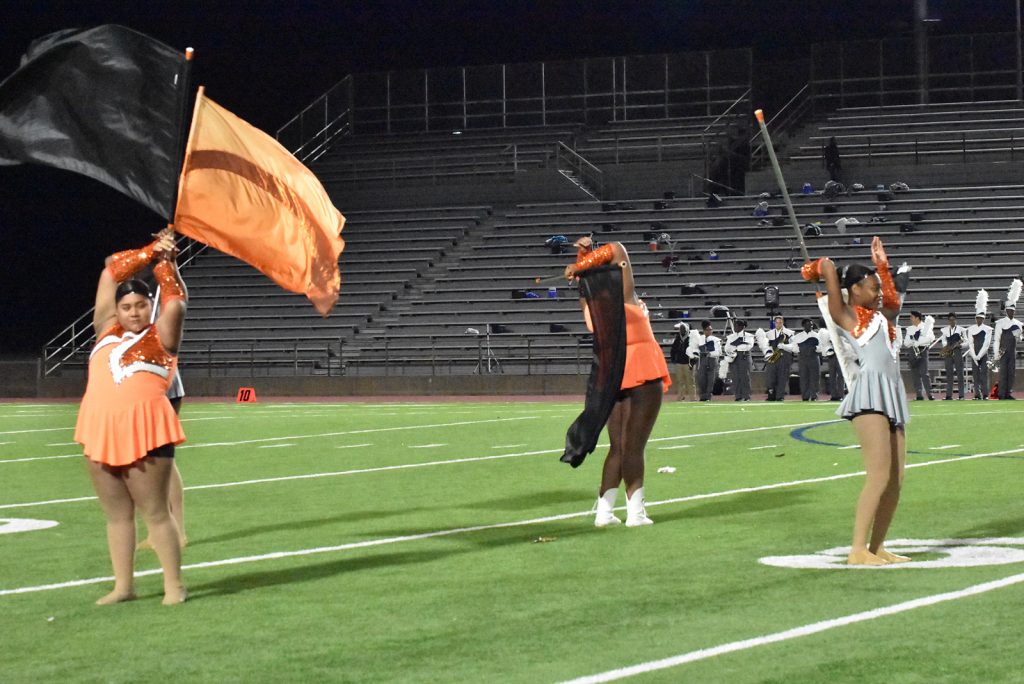 Abbygail Fuentes, Martuyana Molette, and Frances Ray wave their flags behind them. 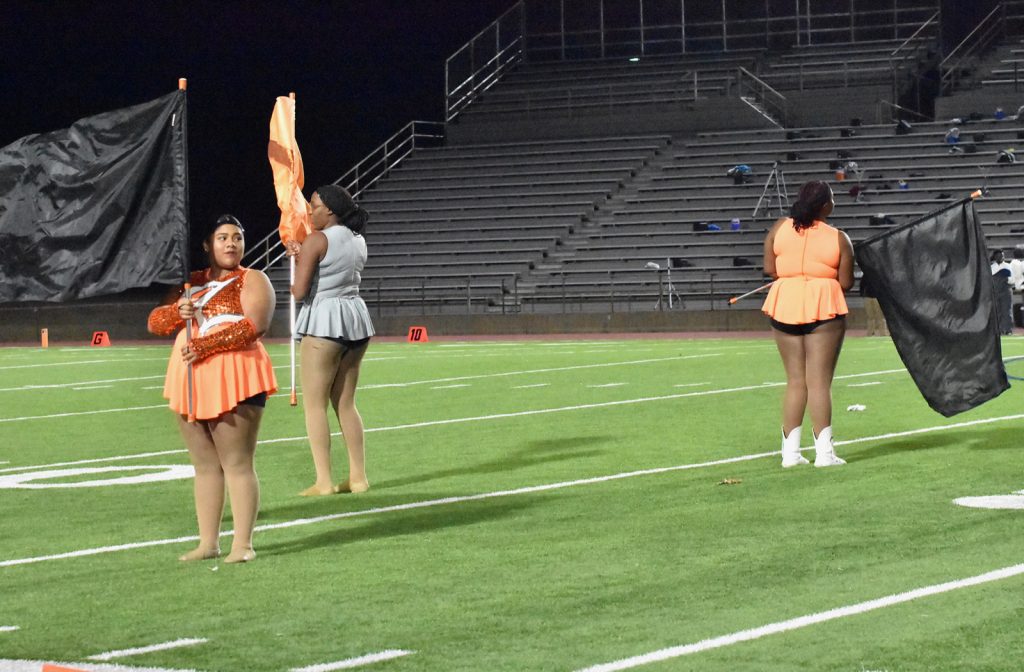 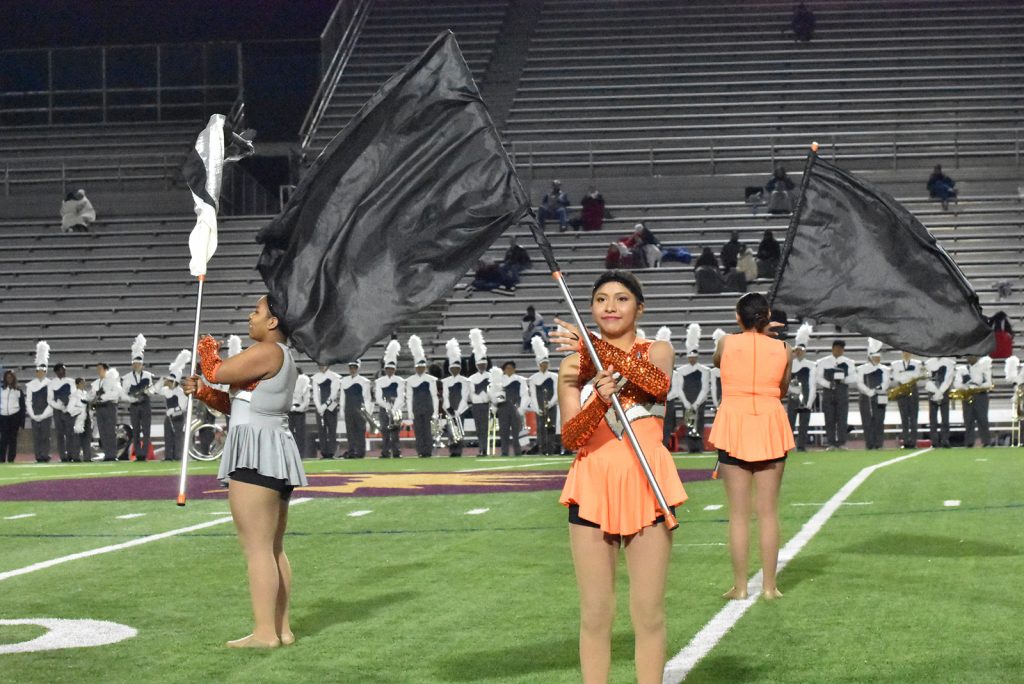 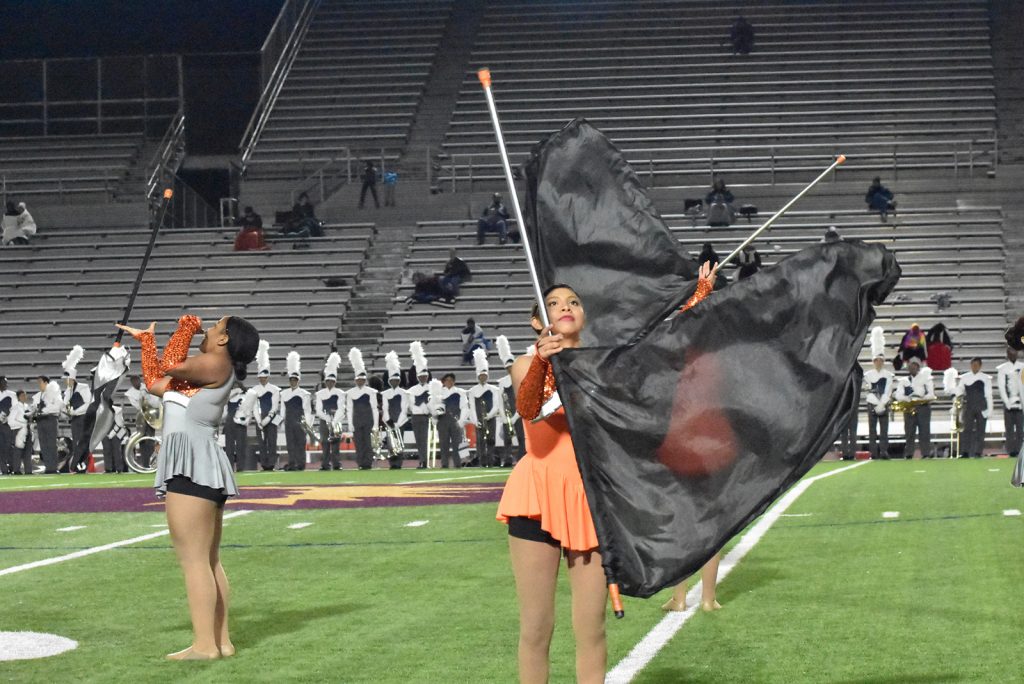 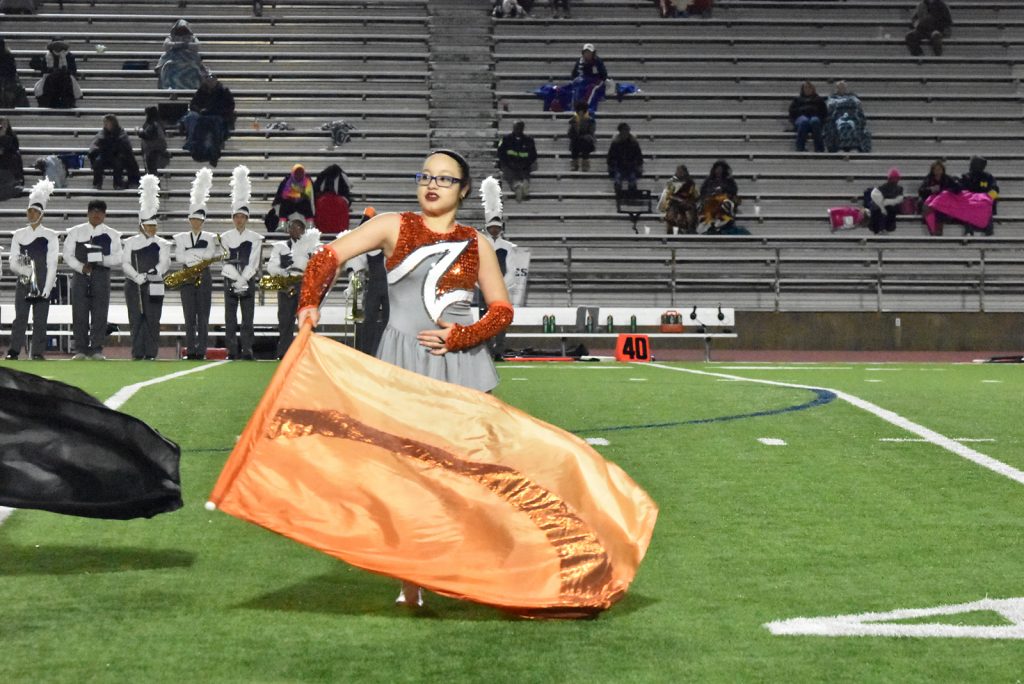 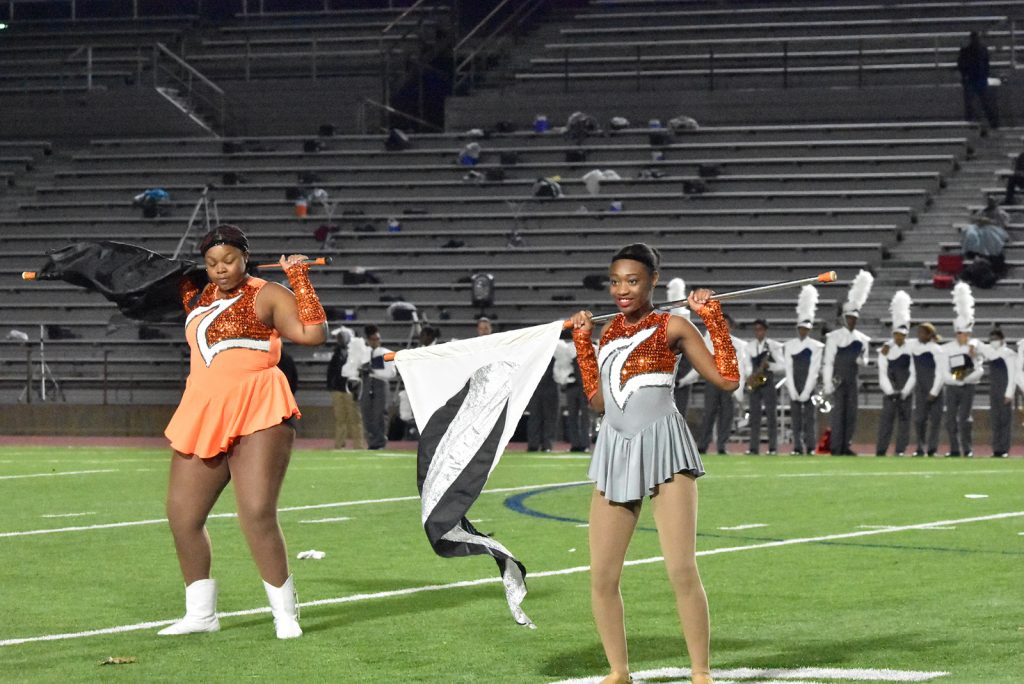 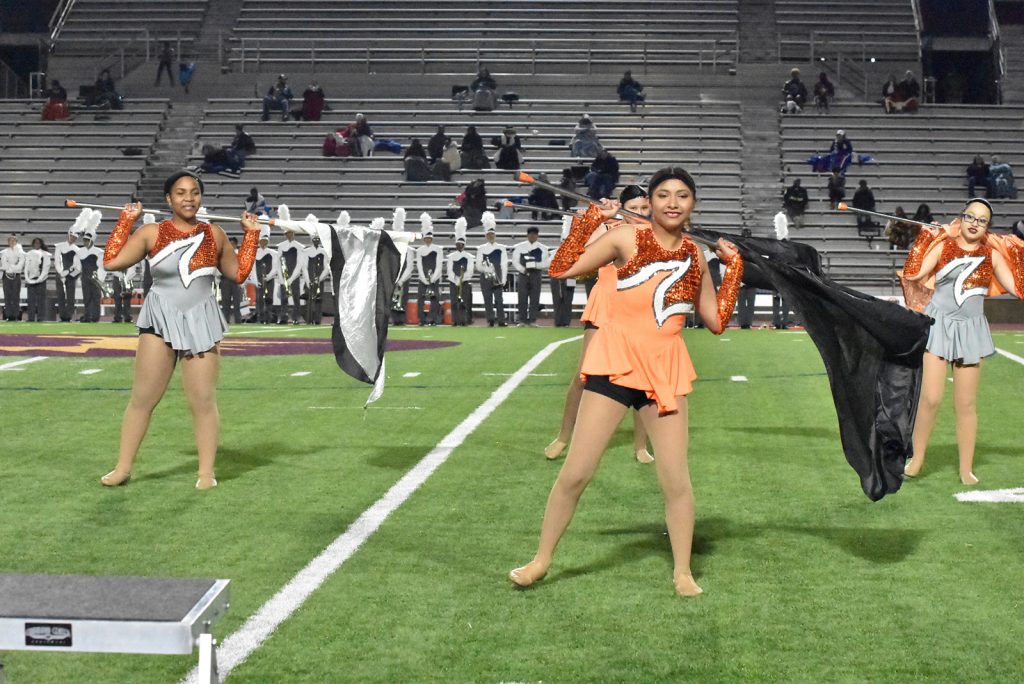 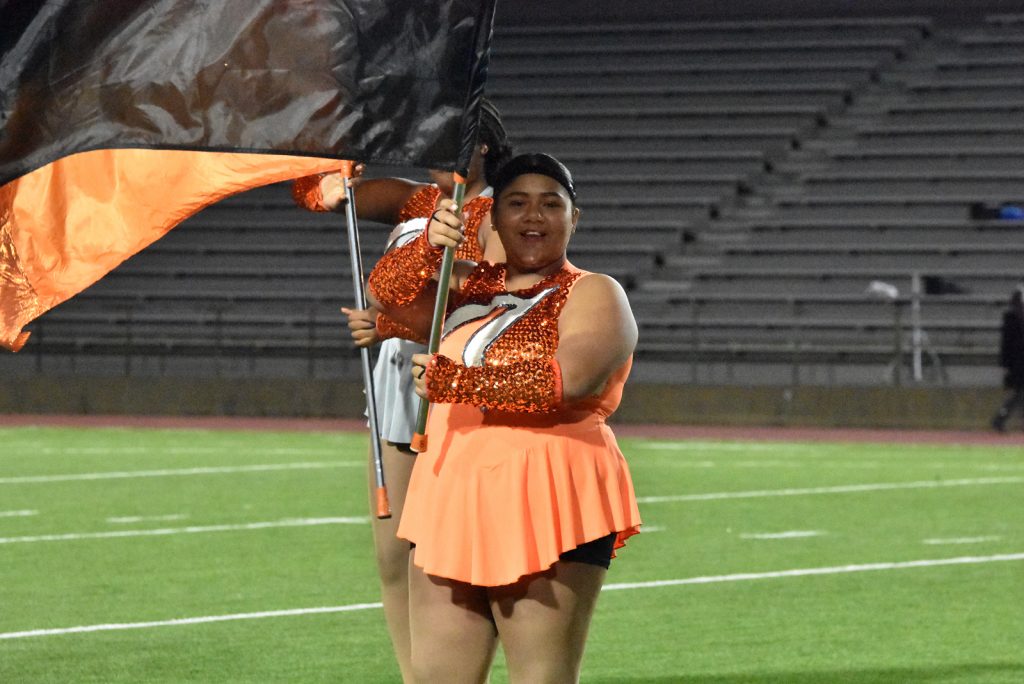 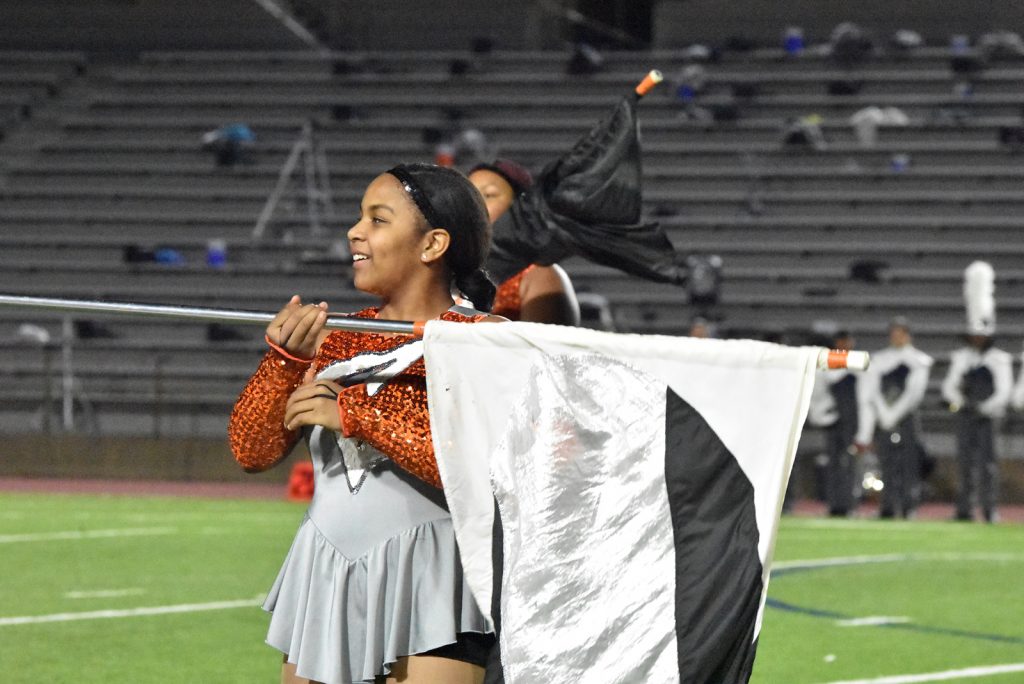 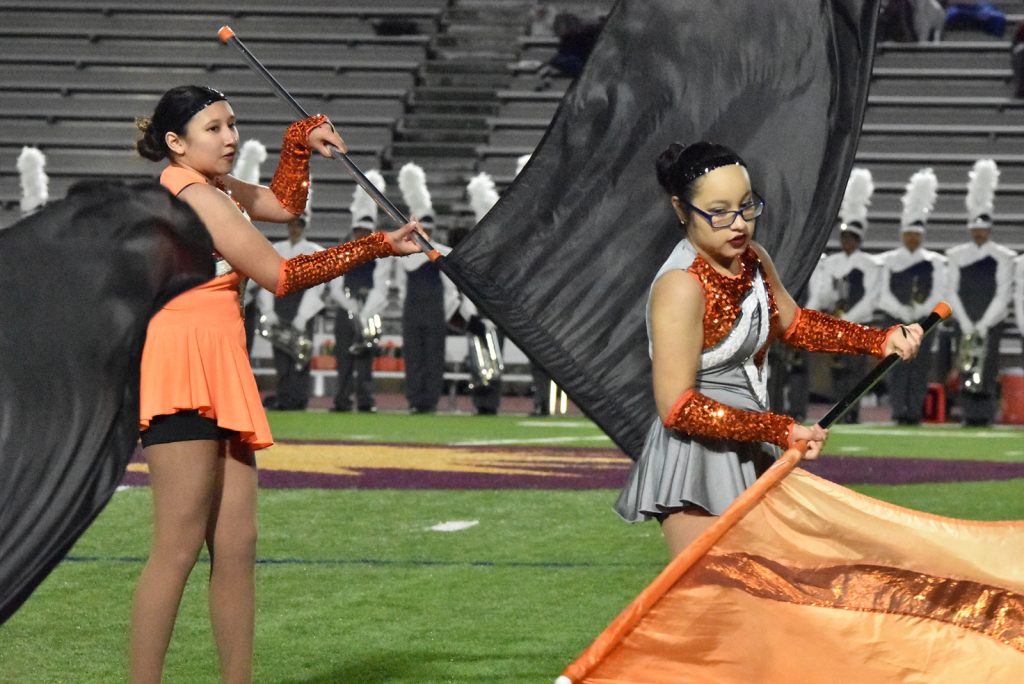 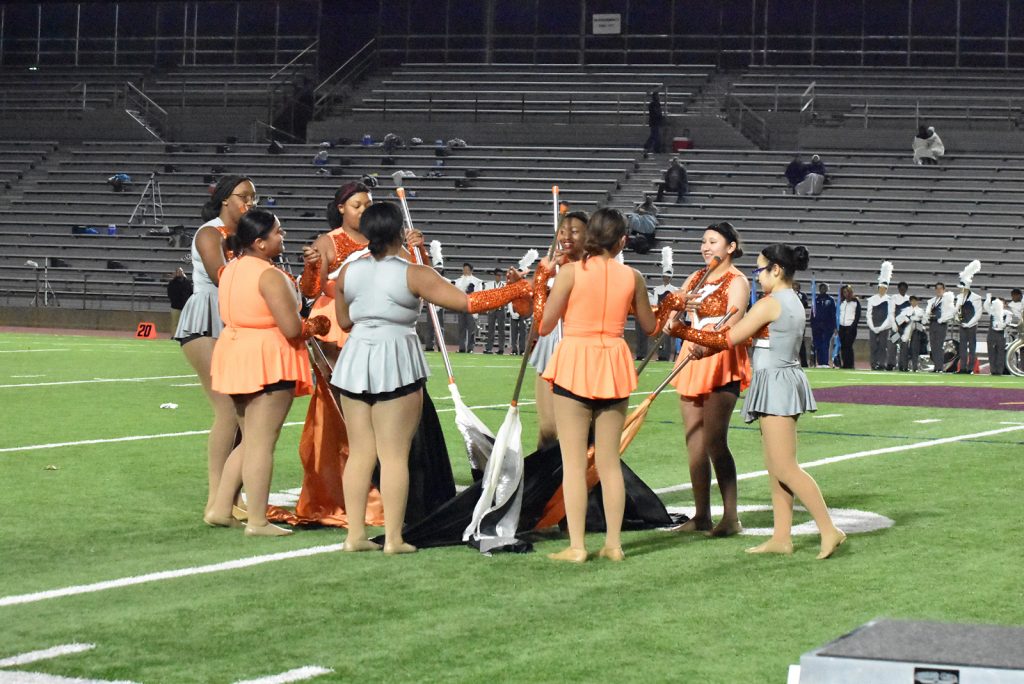 The girls line up in a circle. 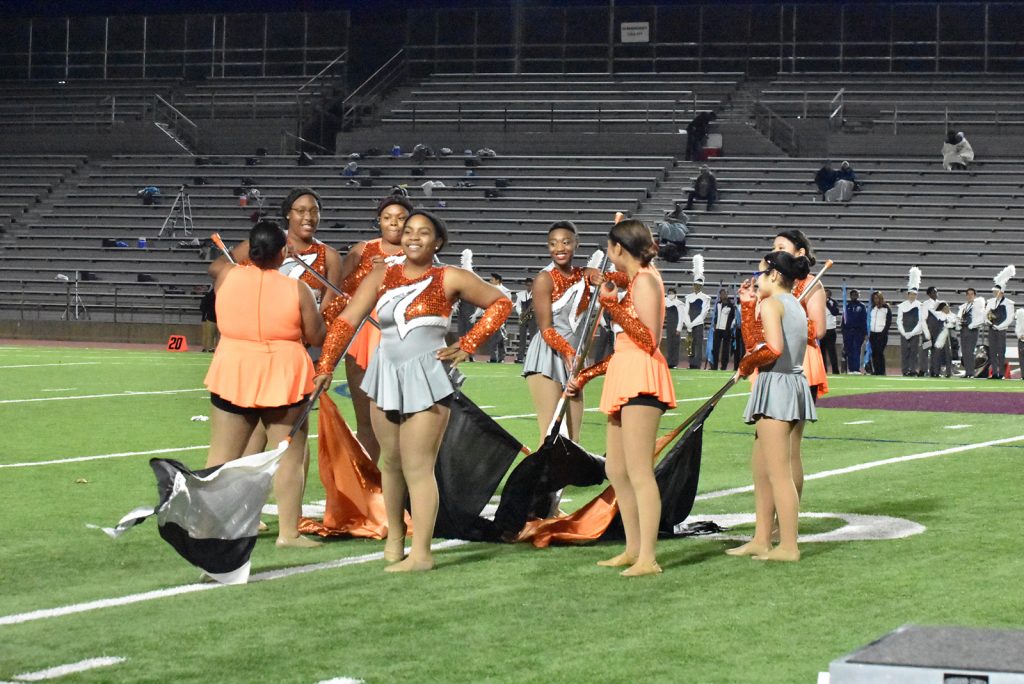 Then they proceed to turn their flags around as they turn around. 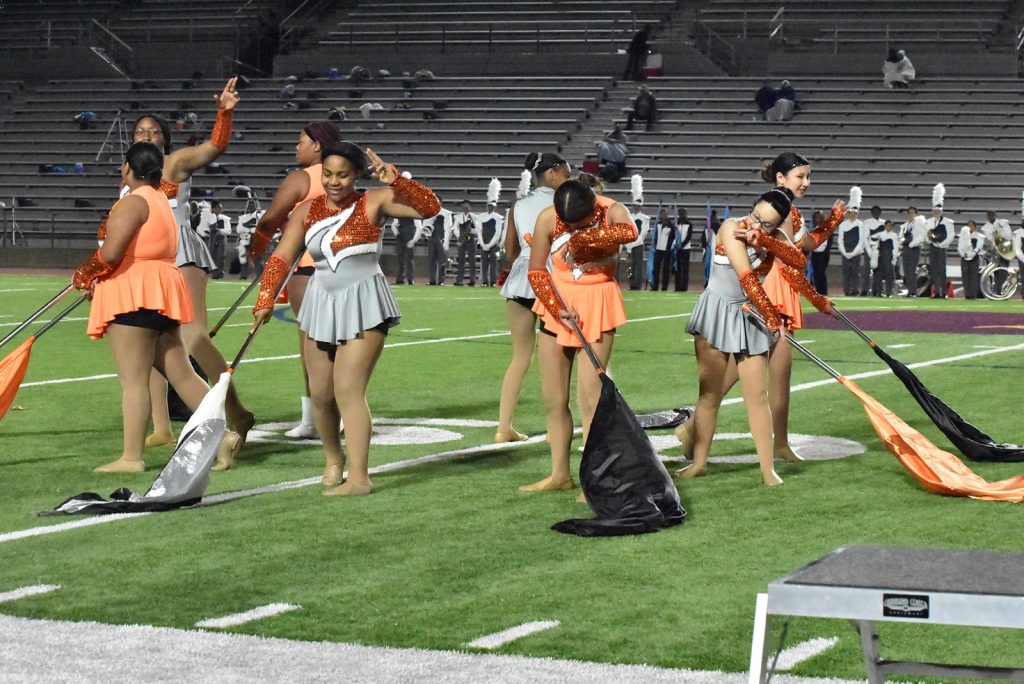 They wave to the crowd at the finish. 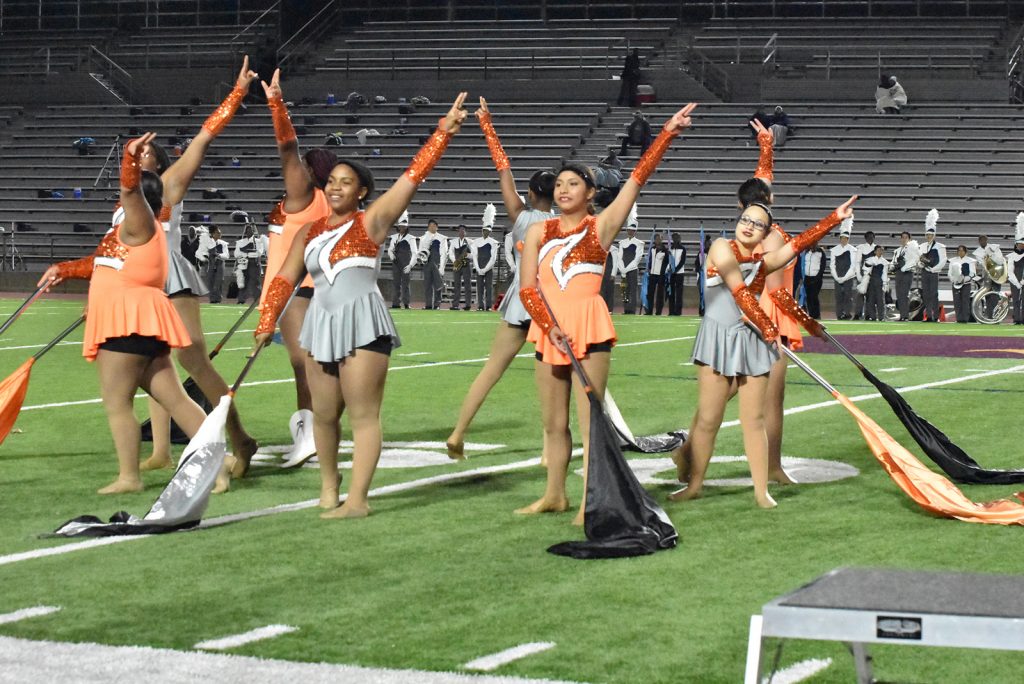 The girls finish with a salute at the end. 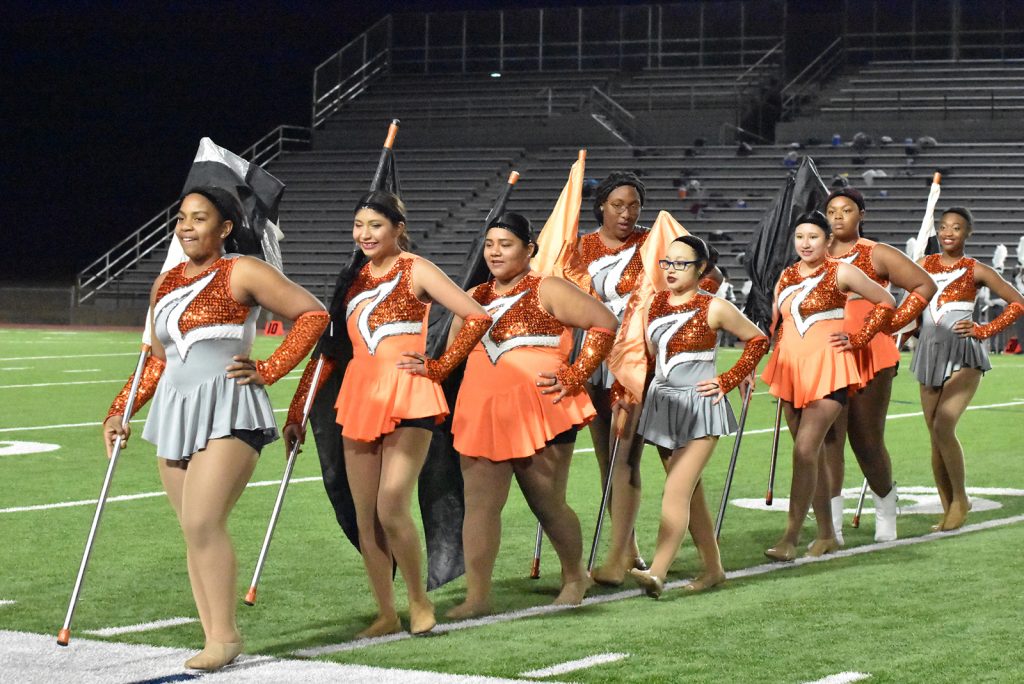 Then they leave the field: Job completed.