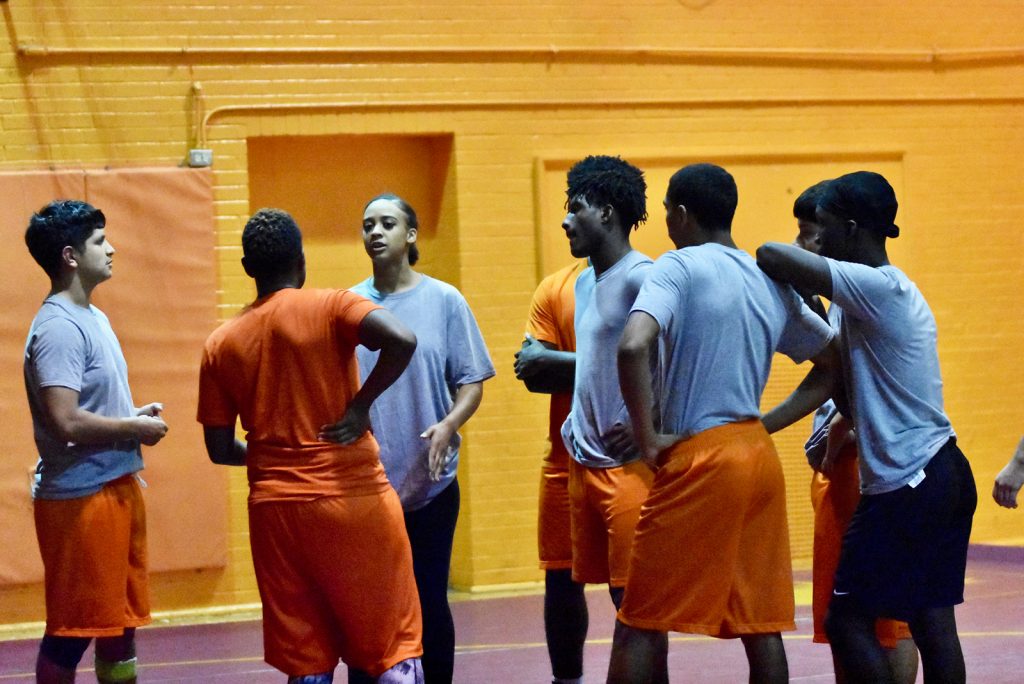 North Dallas senior Jayla McIntosh has her sights set on a return trip to the UIL state wrestling championships.

Jayla went to the UIL State Wrestling Championships last season as an alternate after finishing fifth in the tough Class 5A Region II division last season.

“I’m excited for this season. This is my favorite sport. I’m expecting to go back to state, and I’m expecting to win state,” Jayla said last week. “Oh, and I’m trying to drop a weight class this year to have a chance to go further.”

Jayla is 1-0 so far this season. She’s competing at 165 right now, but she wants to drop her weight down to 148 by the district meet.

“It’s been good. I had my first match last week and I won,” she said, referring to her win over a Bryan Adams opponent.

Jayla pretty much knows what it takes to get to state. This season, one of her goals is to build up her strength and stamnia for the matches, which consist of three 2-minute rounds.

“This year, I think I have to work more on my strength and my stamina,” she said. “I feel like it really held me back last year. Not being able to go all the way through a match, instead of getting tired.”

Right now, she’s one of only two female wrestlers on the Lady Bulldogs’ team. Her main workout partner is Coach Desireé Allen.

“Jayla gives me a workout. She had me on her shoulders the other day,” Coach Allen said. “But I weigh more than her. I’m about 15 pounds more than her right now. It gives her a better workout. Last year, she worked out with Holli [Quach], who’s 110. That’s not a good matchup. You can slowly go over technique but doesn’t help her physically.

“There are some things I do, and I don’t even know what I’m doing, and she goes, ‘Dang, that was a good move.’ We were just talking about it. We’re going to have to make up a couple of things because there are traditional wrestling moves that have names, but there are some things that I’ll stop and say ‘Was that legal? and she’ll say, ‘yeah.’ Shoot that works, and she’s like, ‘I know.’ ”

Coach Allen said Jayla off to a good start, especially if she’s going to drop to a lower weight class.

“One of the best things is that she started the season on weight,” Coach Allen said. “Last year and the year before, she was a good 15 pounds over. So she had to drop to get to her weight class. Now, she’s starting on weight but we’re going to try and drop. So she still has to lose weight. But she knows it’s very doable.”

Coach Allen, who plays for the women’s football team, the Dallas Elite, is also trying to lose weight for the upcoming season, so this will work out well.

“We’re conditioning together,” Allen said. “It’s also cool because it’s like working out with my daughter. I’m going to be training for football and I’m trying to lose 15 pounds. She’s trying to do the same, so we’re going to do it together.” 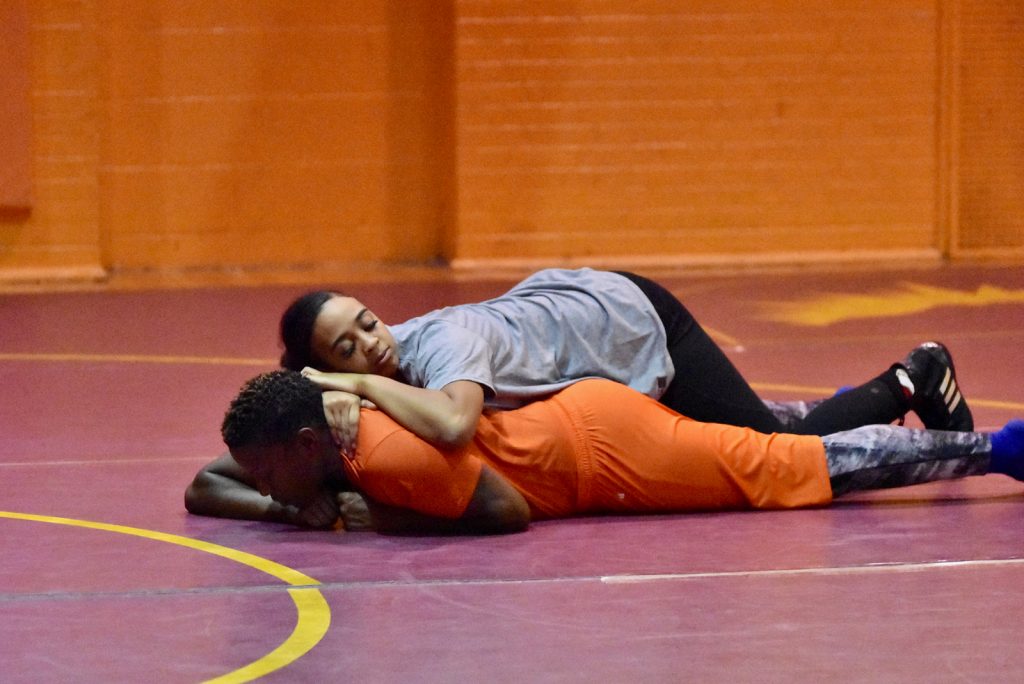 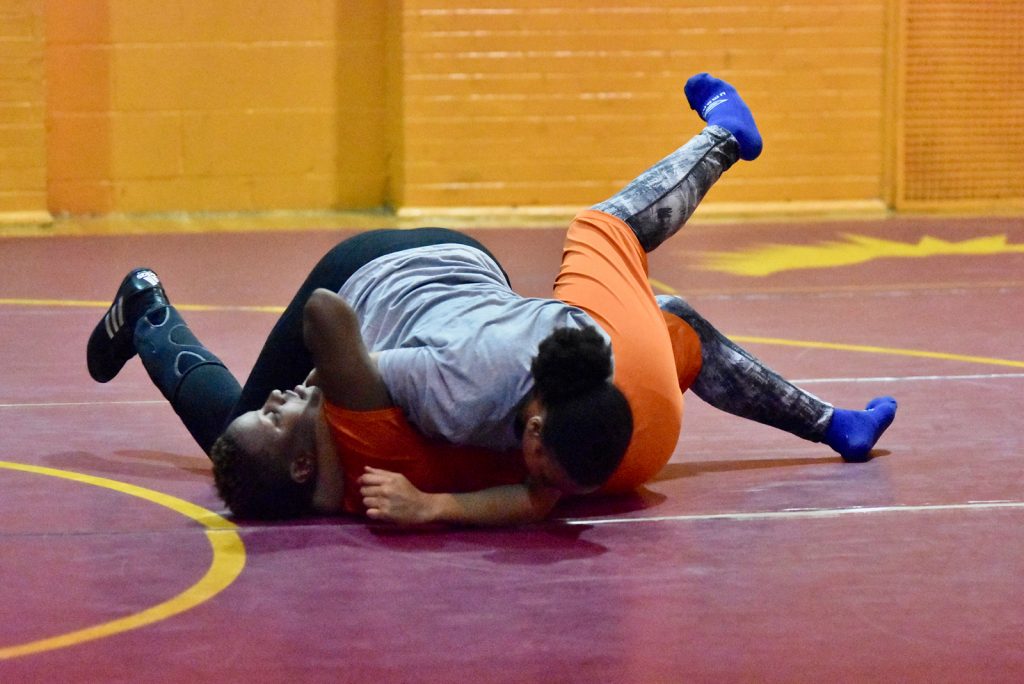 Jayla is trying to flip Coach Allen over. 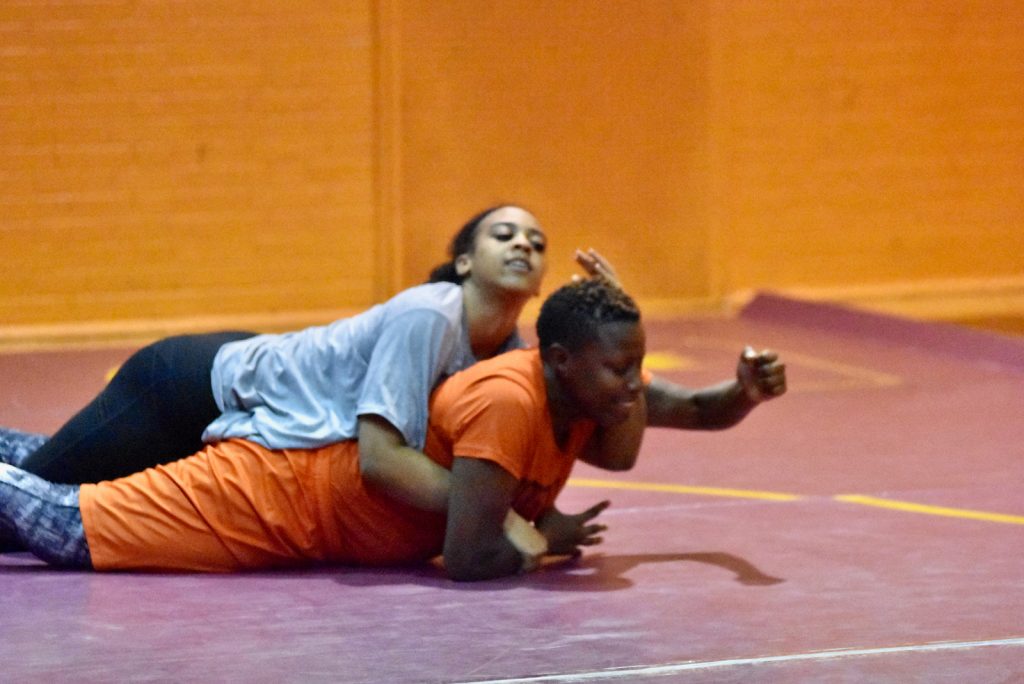 Jayla has a hold on Coach Allen. 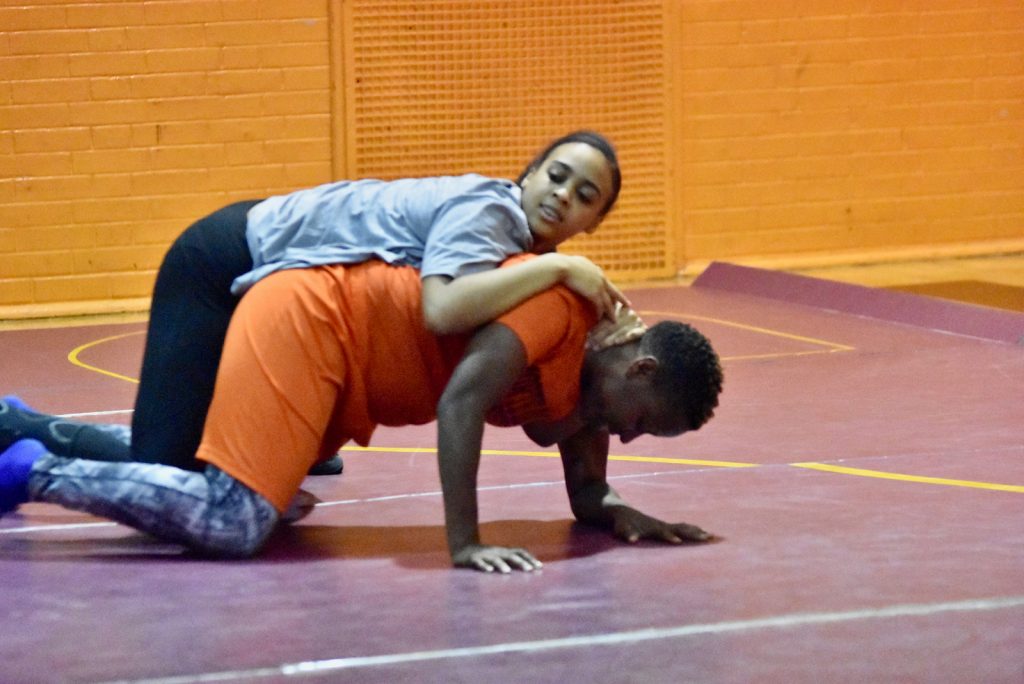 But Coach Allen is trying to get out of it. 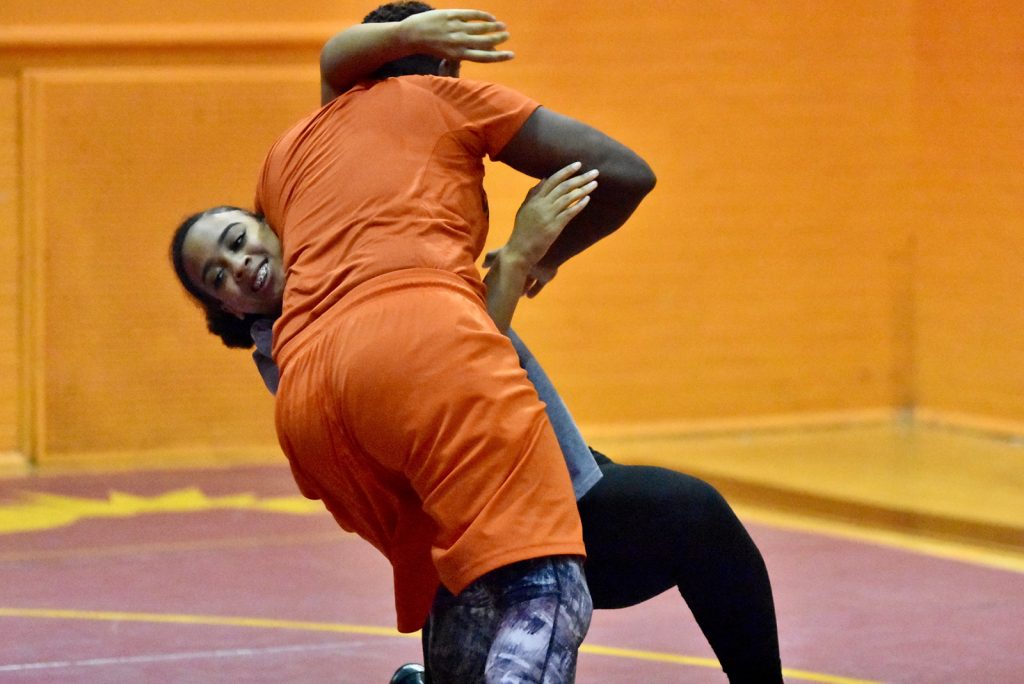 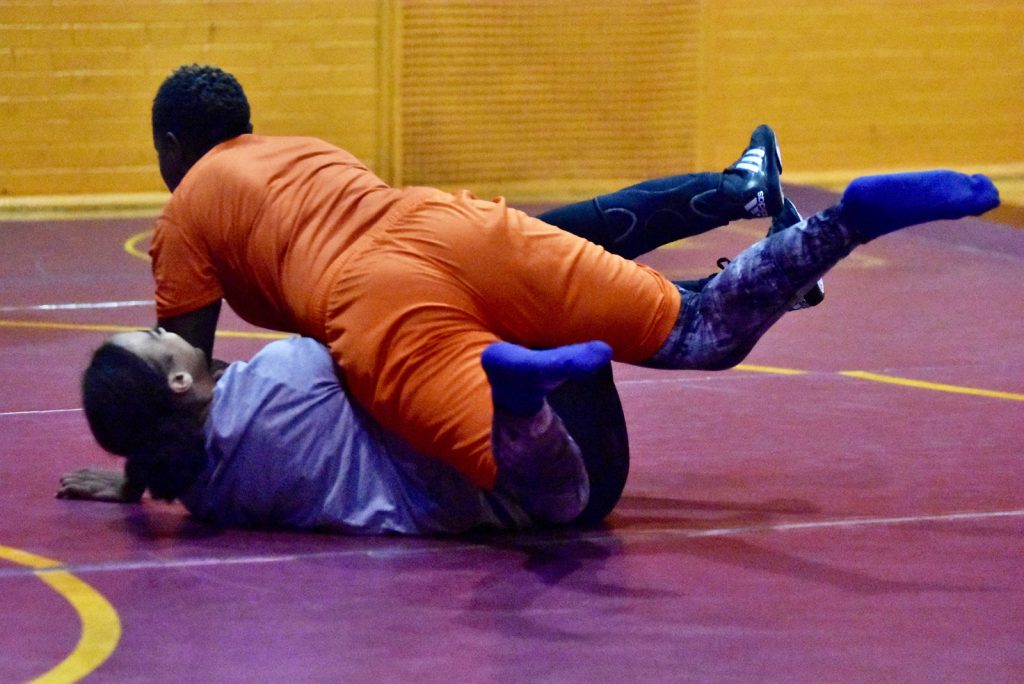