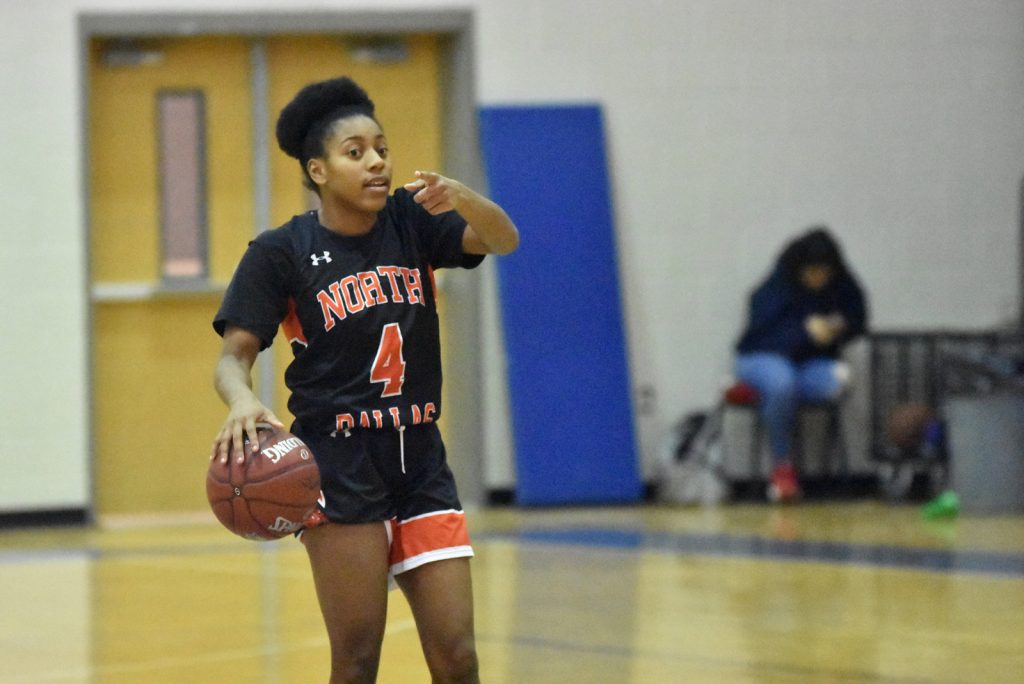 Senior Terri Jeffery is one of the Lady Bulldogs’ top scorers.

For the North Dallas girls basketball team, every game is a learning experience. With five freshmen on the varsity squad, they are learning on the court with each game.

“Well, as expected, we are inexperienced on the court and don’t understand some of the complexities of the game,” said North Dallas coach Eric Gracia in an email, “but those are learned through in-game experience. Right now, our greatest obstacle is not understanding the amount of focus and mental preparation that is required to compete at the varsity level, especially in a talented area such as Dallas.

“You can’t just show up and expect to beat teams. And these lessons are learned through experiences like our loss to South Hills,” Gracia continued. “I can repeat and reiterate things as much as I want to but there is no better teacher than failure itself. The good news is, all of these obstacles can be overcome and we’re building a program for the long term. So every lesson is a valuable lesson right now, whether it comes with a win or a loss we’re learning and improving every day, and that is the main focus.”

The Lady Bulldogs are 2-2 on the young season and are scheduled play at Life Oak Cliff at 12:30 p.m. Monday. The junior varsity game is scheduled at 11 a.m.

With a young squad, Coach Gracia said he takes a different approach in coaching — he wants the girls to understand the nuances of the game. He also wants them to learn how to play the game the right way.

“Working with a young team forces you to coach differently than you’re used to,” he said. “Sometimes they don’t understand the point I’m trying to get across because they haven’t been around the game enough and it forces me to take a step back and say, ‘OK, how can I say this so they can understand it.’ And when you break things all the way down to the fundamental movements or ideas, it helps teach the skill or concept with good habits and proper reads. It allows you to lay a proper foundation in technique and fundamentals.”

“The girls fought hard,” Coach Gracia said. “We just didn’t put the game away when we had the chance and South Hills took advantage of that. We got in some early foul trouble in the second half that kept us from playing as aggressively as we would’ve liked but I’m proud of the way the girls competed throughout the game.

“Thank you to Coach Douglass, Coach Martinez, and the Dance Company for performing at our game as well as cheering us on throughout the game. Their energy was a game changer and it is greatly appreciated by everybody in the girls basketball program.”

After Monday’s game against Life Oak Cliff, the Lady Bulldogs’ next game will be on Dec. 3 at Sunset, followed by a game at Molina on Dec. 6. District 12-4A play begins Dec. 11 against Wilmer-Hutchins at Forester Field House.

“We’re focusing on getting better every day and putting ourselves in a position to compete with every opponent we come across,” Coach Gracia said. “Some of our girls are just learning the game and have made tremendous improvements in just a couple of months, we just have to keep that momentum moving forward. 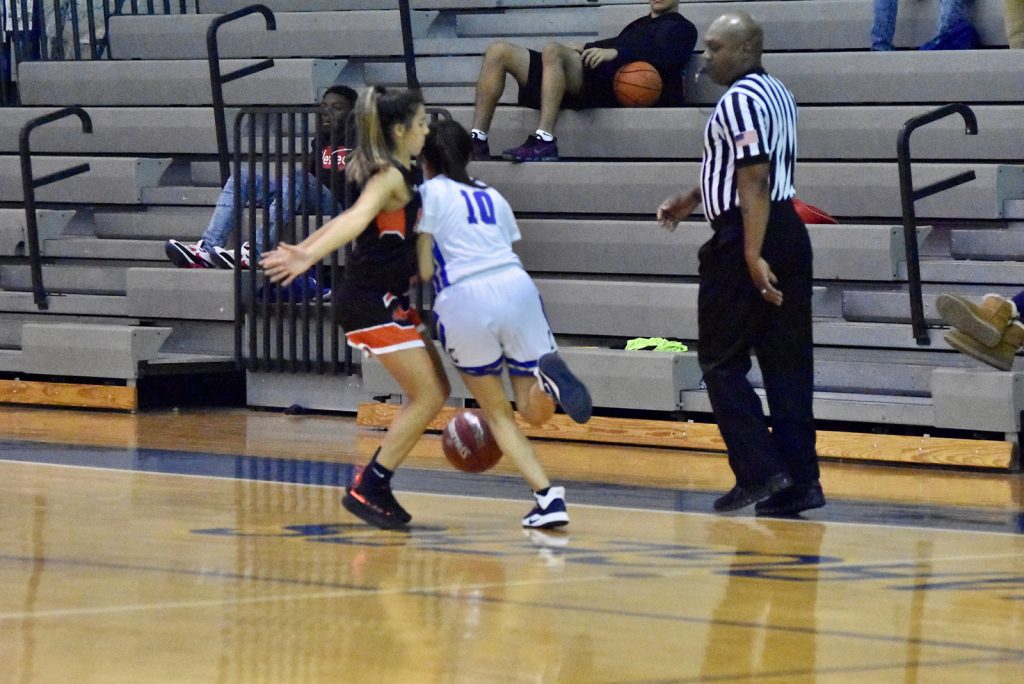 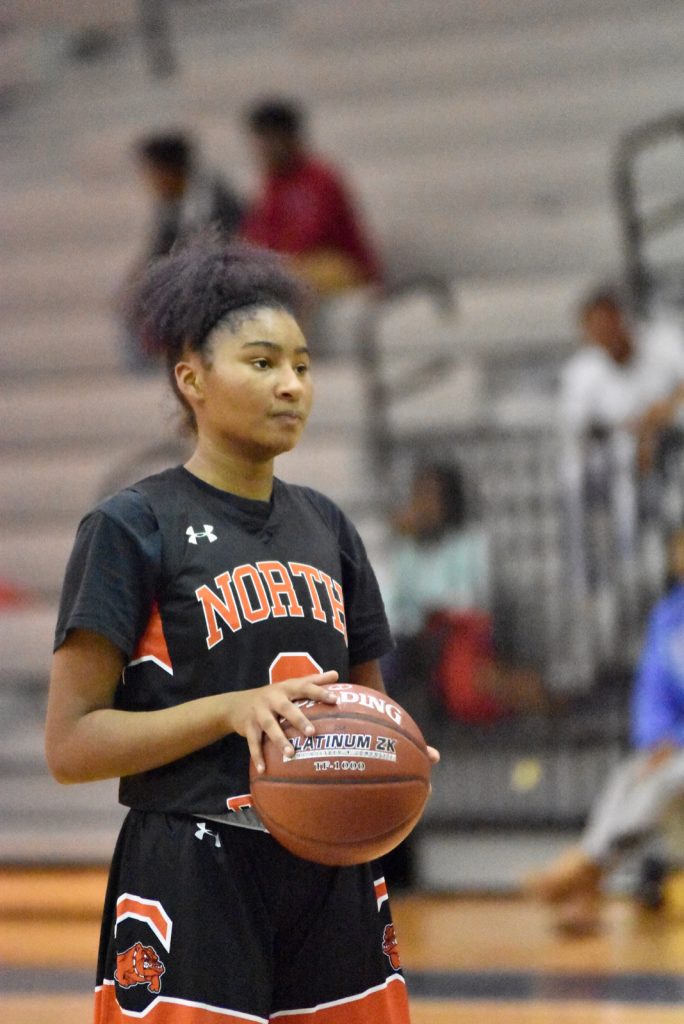 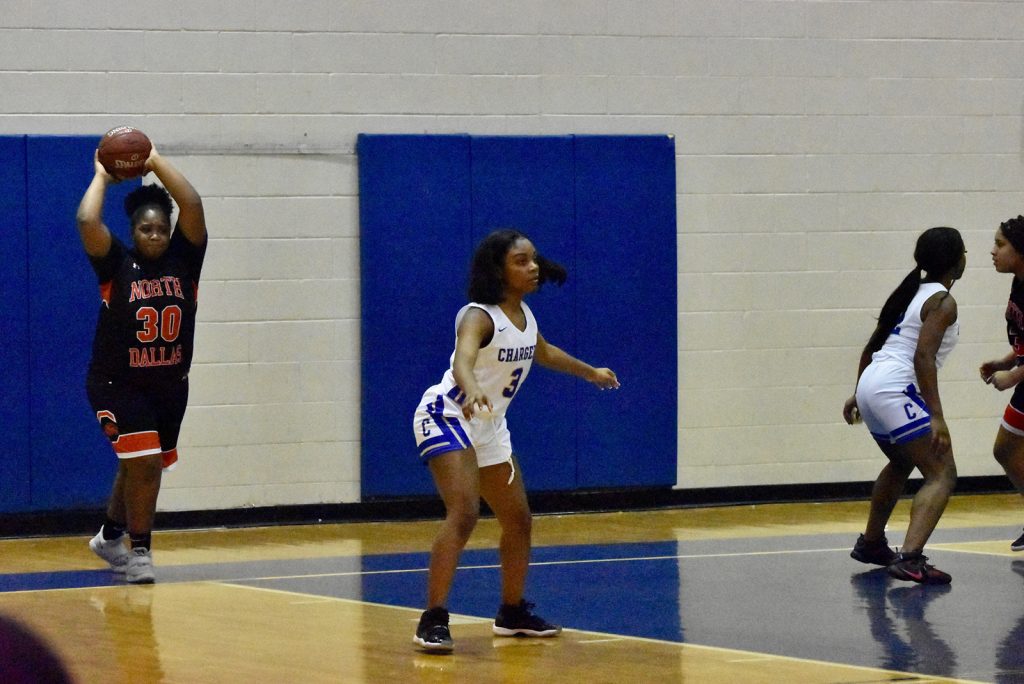 Makayla Mckenzie (30) looks for a teammate to throw the ball to. 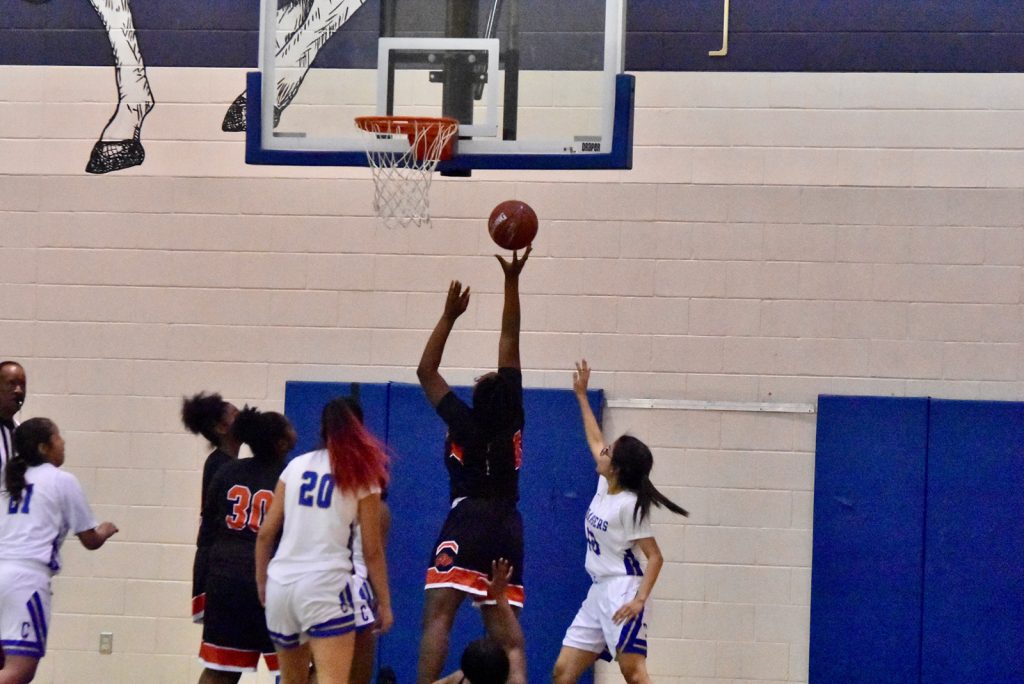 Jedoria Richards (24) takes a shot under the Conrad basket.