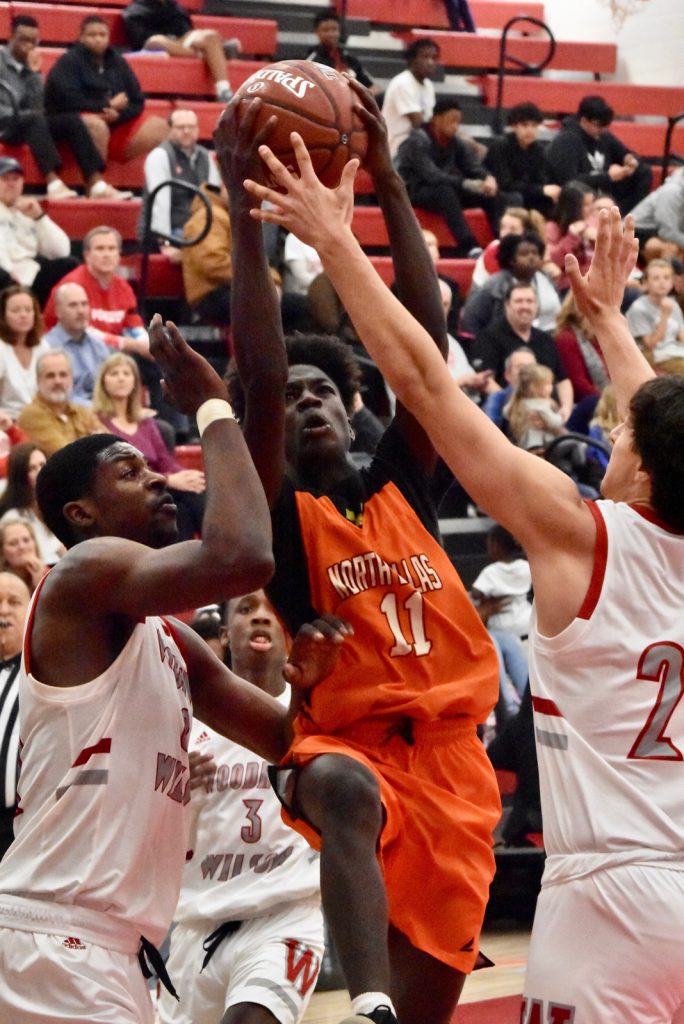 Quincy Smith (11) drives to the basket between two Woodrow defenders.

North Dallas Coach Jeremy Mason says defense will be the focus of this year’s varsity squad.

“That’s where we’re hanging our hat. Offensively, it comes and goes. It’s a 50-50 game there,” Mason said recently. “Defensively, it’s effort a lot of times. Schematically, people need to know where to be and where to go, and if we do that, we’re going to get deflections, get our hands on basketballs, and get out in transition. That’s really where we’re hanging our hat.”

The Bulldogs will ramp up the defense when they play at Bryan Adams on Tuesday. The junior varsity game is at noon, followed by the varsity game at 1:30 p.m.

North Dallas has a lot of new players on this team. Chandler Deveaux is the only returning starter and is joined by Endy Jimenez and Jalen Green from last year’s team.

On the guards, Quincy Smith and Jalen Green, Mason said, “We’re pretty much a lot of guards and a lot of wings. We’ve got Quincy running the point. We have Jalen Green right there, too. So we have some ball handlers this year. Offensively, [Qunicy] helps us not turn the ball over as much. He also gives us a guard at that position that can score and can put the ball in the hole. Defensively, he gets after it. He’s going to put pressure on defenses that way. Again I think the biggest thing is he guards. He’s quick. He gets out in transition.”

On his big men, Joseph Oluwayemi and Leonard Confer, Mason said: “We’re undersized, of course, but the bigs that we do have are playing big. I like them. They’re really young. They play big. Leonard Confer, we call him Memphis. He’s from Memphis, Tennessee. That’s just a nickname we’ve gave him. He does a good job.”

Despite being undersized, Mason has an answer when it comes to rebounding.

“Box out. Got to box out,” he said in a louder tone. “That’s an emphasis of ours since day 1. You got to put a body on somebody. We’re going to be undersized every where we go.  Also, you got to be willing rebounder. A part of that is boxing out but you have to go get it. It’s effort thing too, especially if we’re playing full-court pressure defense.

“A lot of times I think if we play half court or man to man, we can get a body on somebody, but when you’re trying to speed them up and playing at a chaotic pace, you have to be make sure you find yourself in position.”

The Bulldogs coach said the outcome will “depend on the matchup. There will be nights when you play tremendous guards and they’re not going to let you pressure or speed them up.”

“The offensive stuff comes and goes,” Mason said. “Guarding people is our deal.” 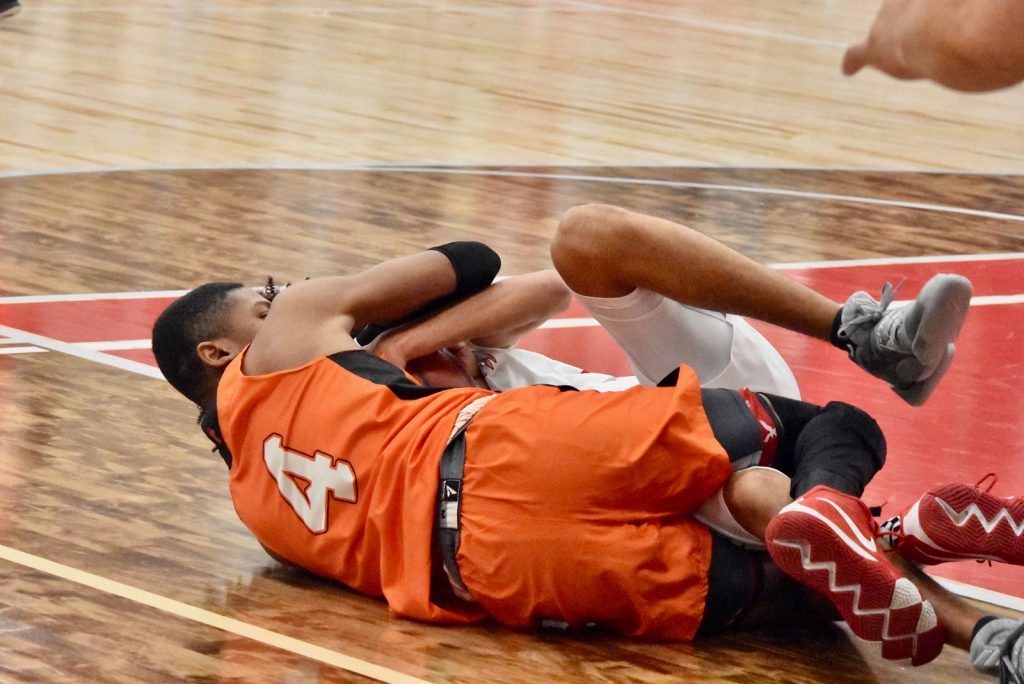 Chandler Deveaux (4) dives for a loose ball against Woodrow. 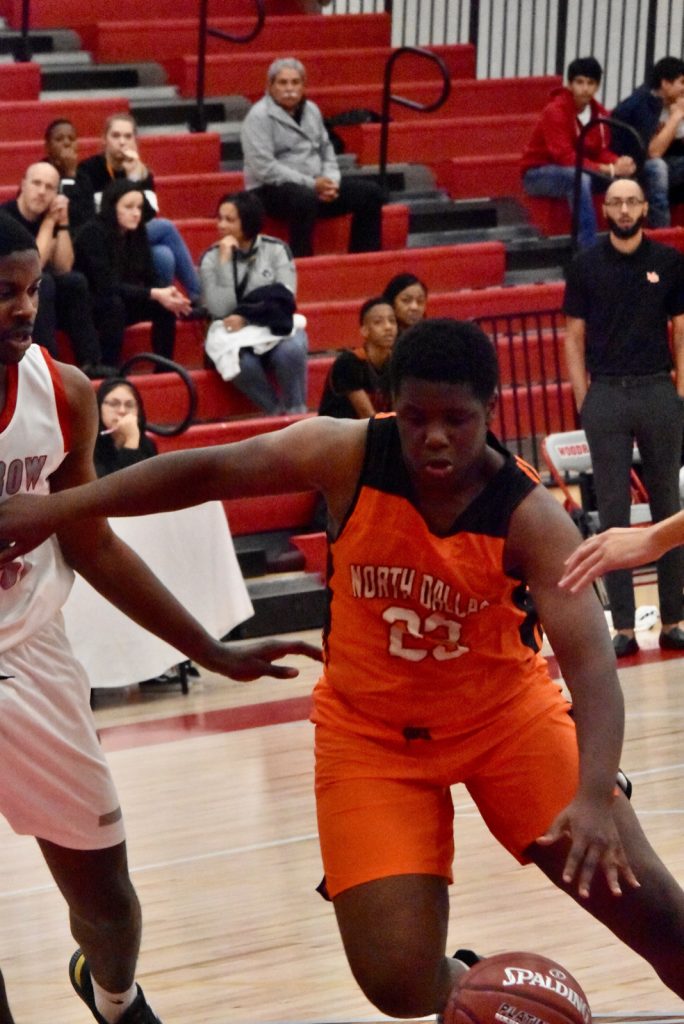 Joseph Oluwayemi (23) drives to the basket. 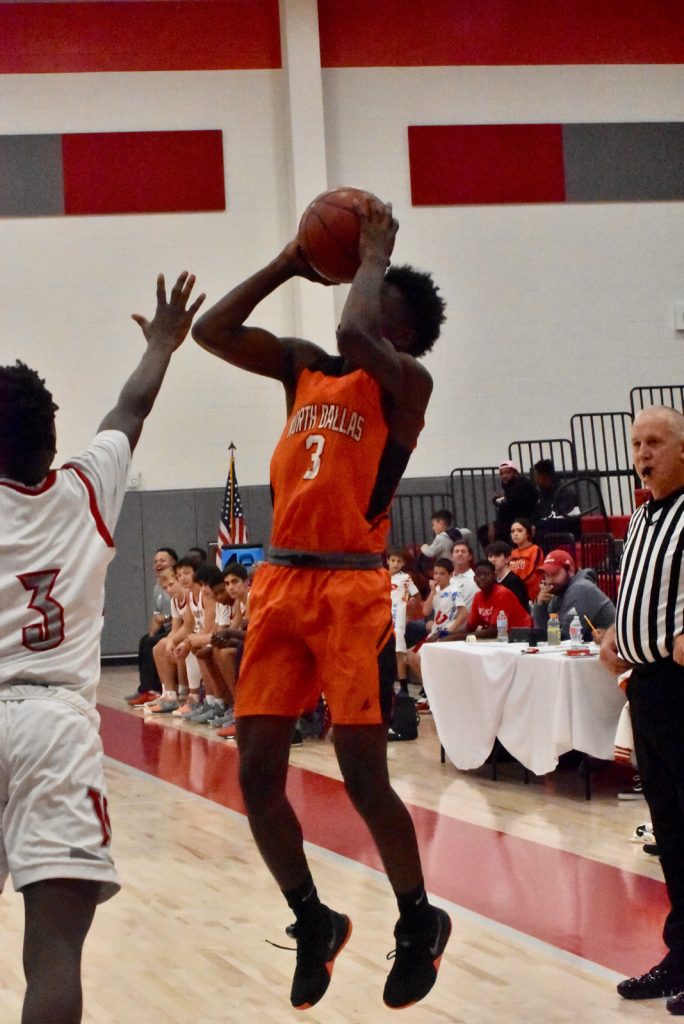 Trevion Smith (3) goes up for a shot. 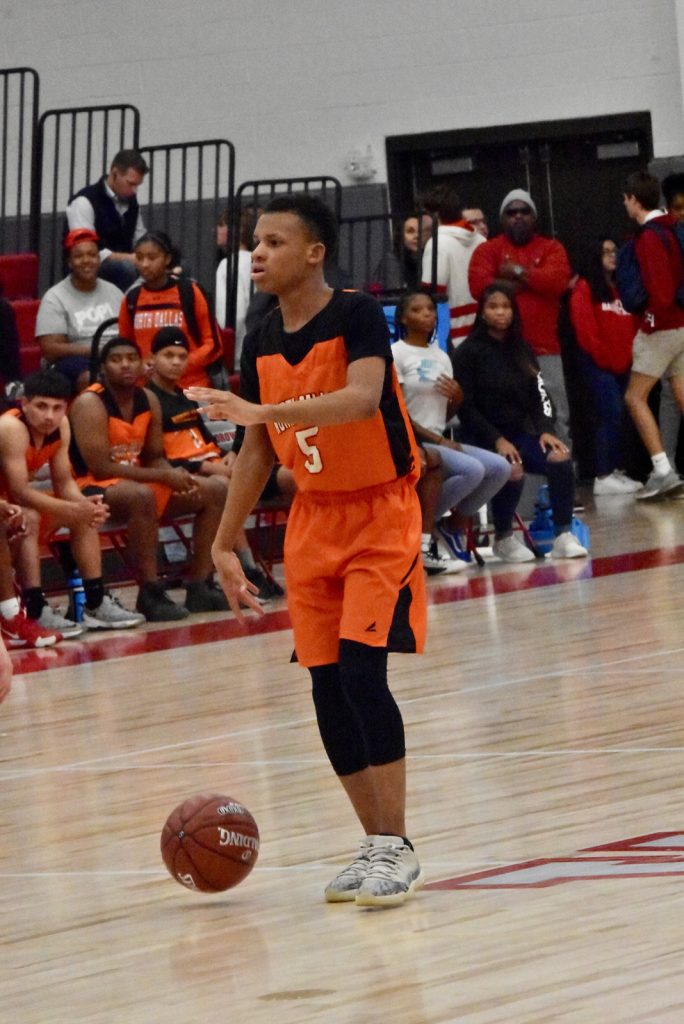 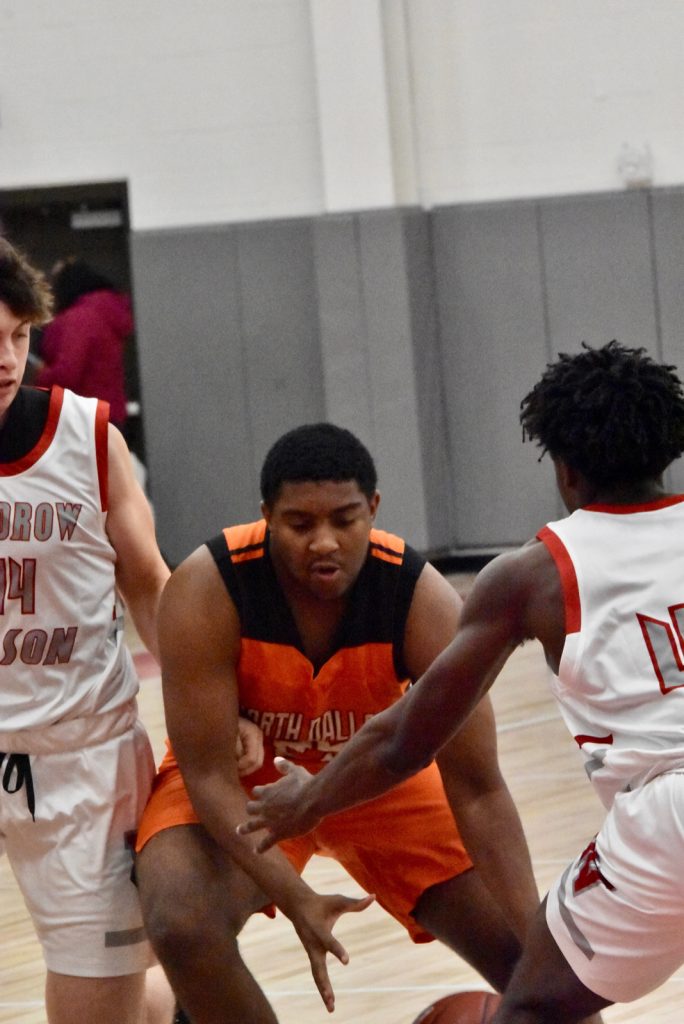 Leonard Confer is one of the Bulldogs’ big men. 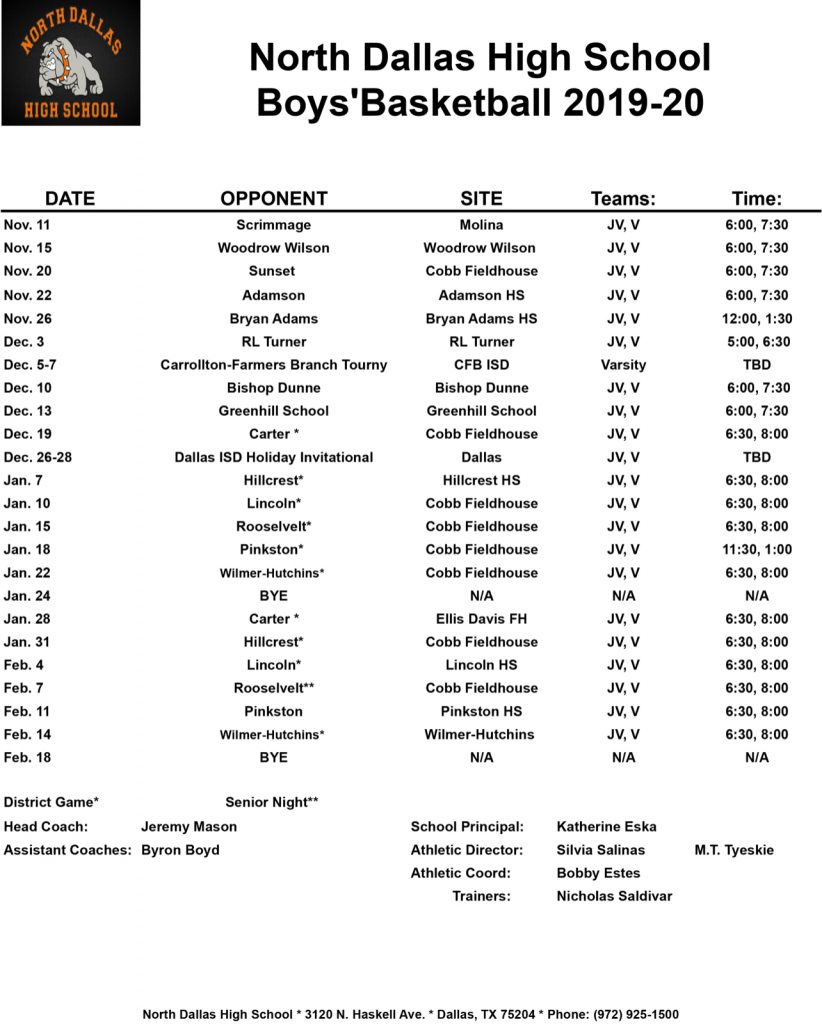