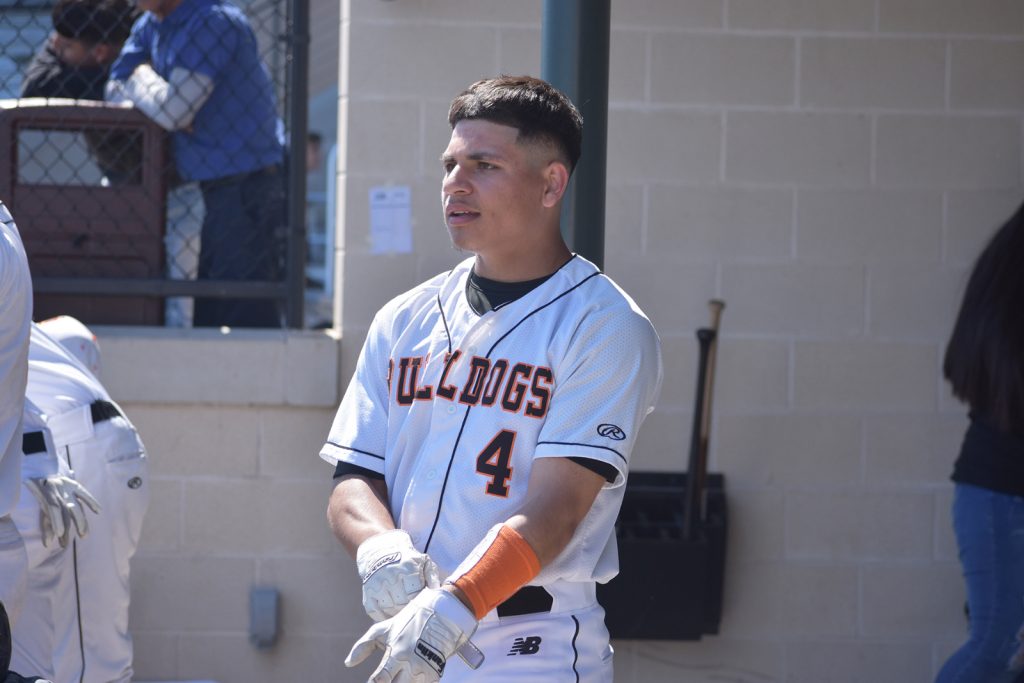 Xavien Shay, the District 12-4A MVP last season, is the Bulldogs’ top hitter.

Baseball practice officially begins Jan. 31, but Xavien Shay said he’s “very excited” about the upcoming season.
The North Dallas senior led the Bulldogs in hitting last season, with five home runs, eight doubles and one triple, according to the Dallas Morning News statistics. He was limited in pitching last season, but was one of the top pitchers two seasons ago.
As he waits for baseball season, Xavien is currently playing on the Bulldogs varsity basketball team.
“It’s all I’ve been waiting for. Ready to go, play again. Really miss it,” he said recently before the boys game against Greenhill.
“Right now we’re doing basics. We’re doing fundamentals: like infield, outfield, communication. Of course, we’re hitting the weight room a lot.”
In the meantime, he’s staying in shape on the basketball court, with the Bulldogs varsity team.
“It’s keeping me active,” Xavien said.
Despite losing quite a few seniors from last season’s team that went 24-6, Xaxien is confident about this year’s team. The Bulldogs have won back-to-back district titles in 12-5A in 2018 and 12-4A in 2019.
“The expectations would be to do the same thing we did last year,” he said. “We lost players but still it doesn’t mean the work ethic or our goals have changed.”
Xavien said he expects to play “mainly outfield” this season.
“I hope I’m better than I was last year. I hope I put up better numbers, better teammate overall.” 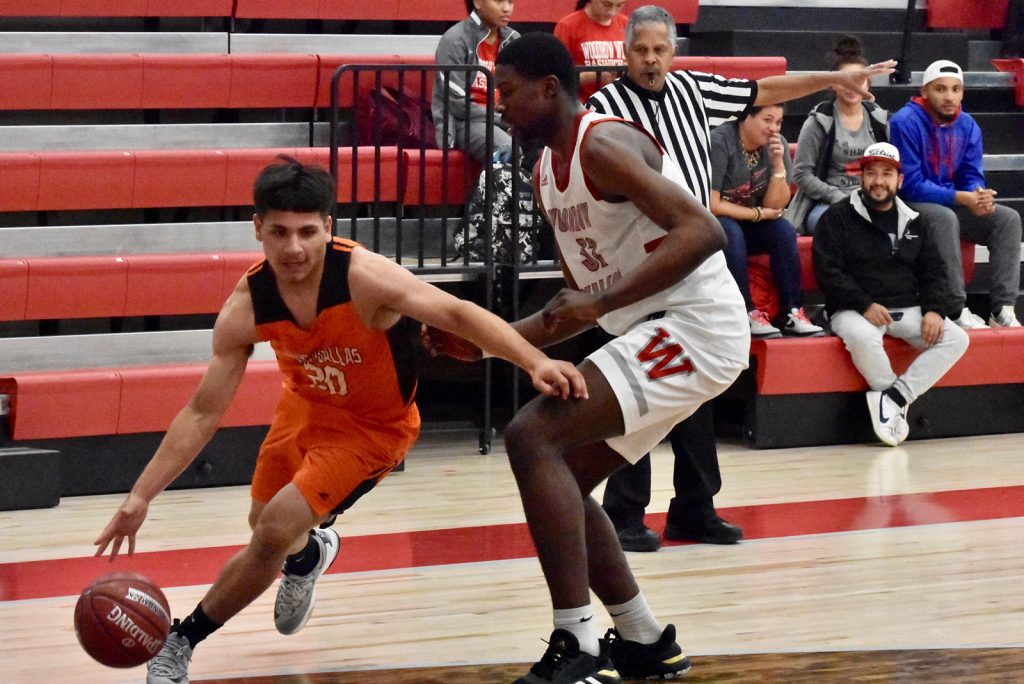 Christopher Shay (20) tries to get past Woodrow’s 6-9 post player during an earlier game. 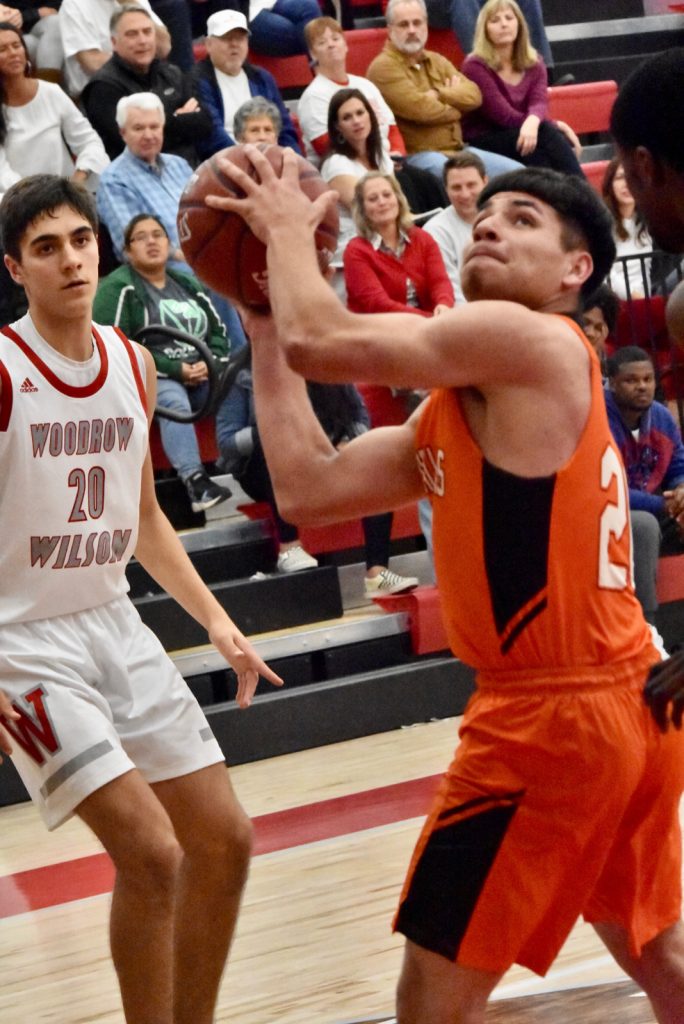 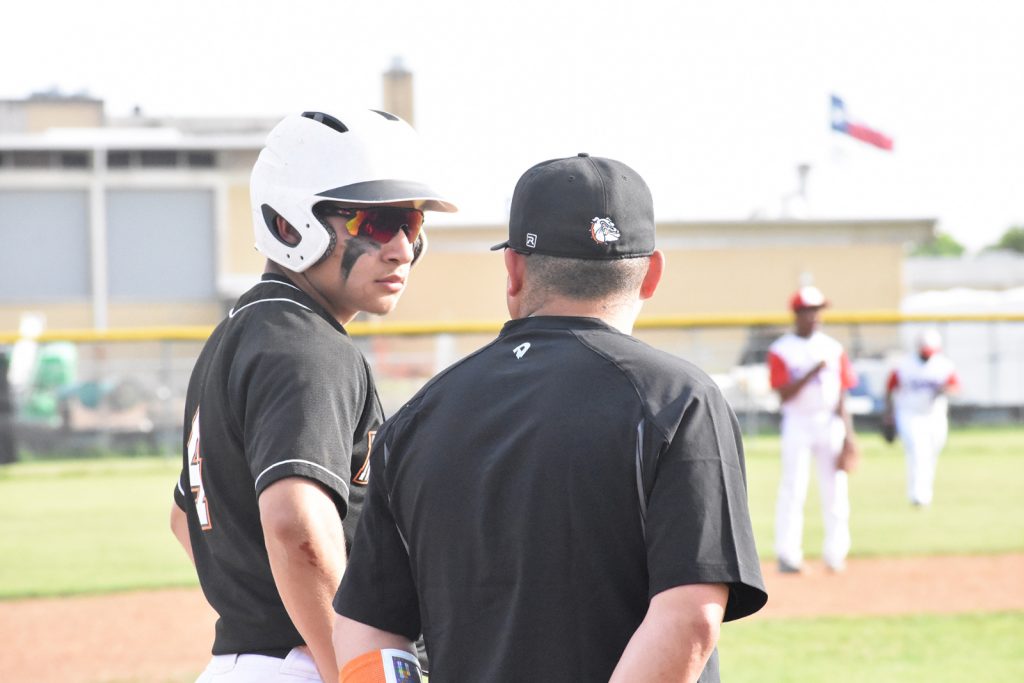 Xavien Shay talks with Coach Steven De La Cerda as he waits on third base against Carter last season. 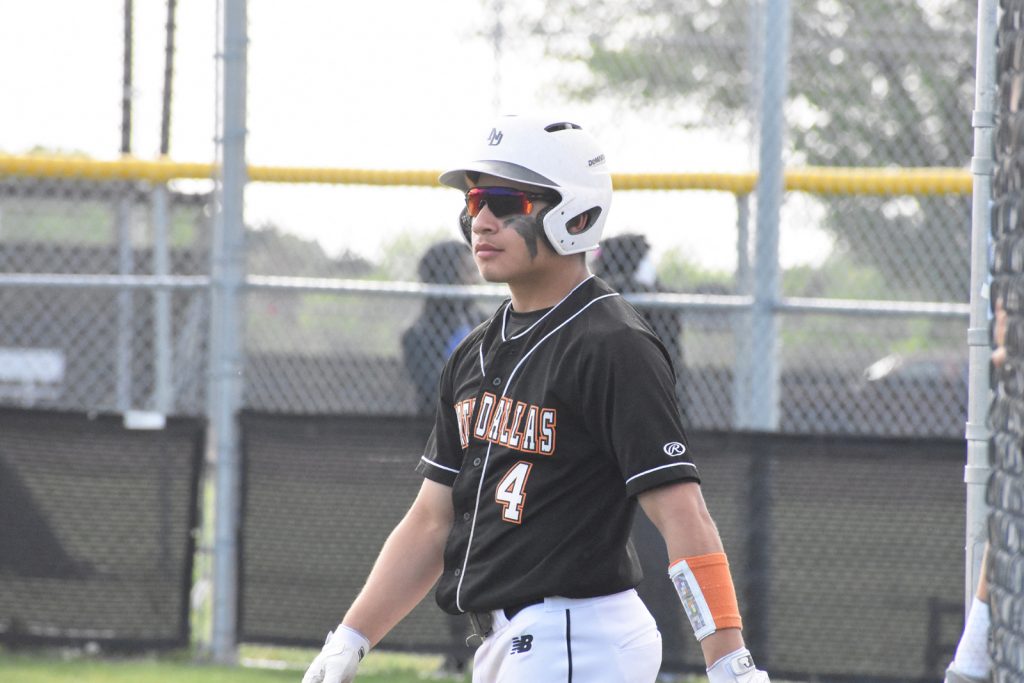 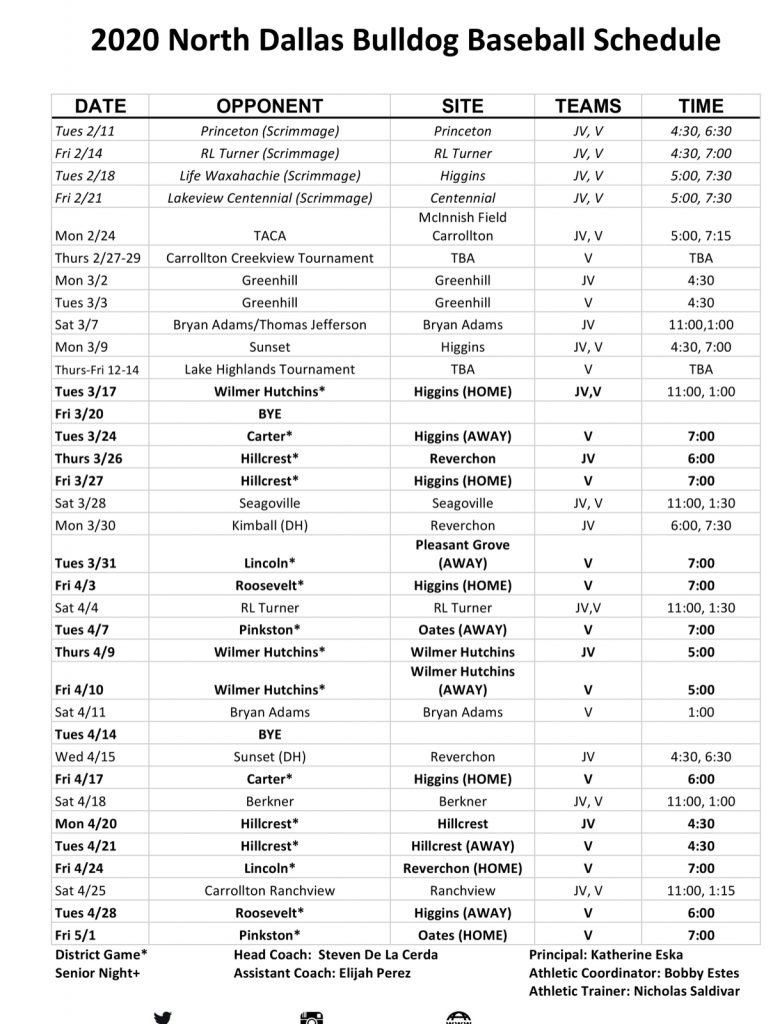