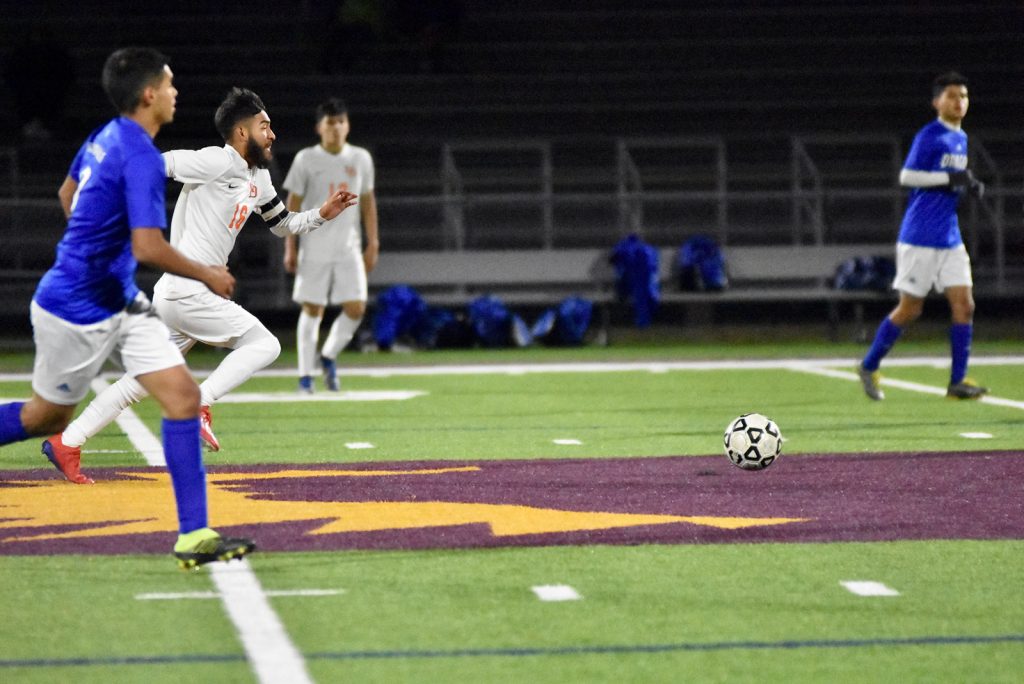 Kevin Zuniga (16) runs after the ball in the game against Seagoville. 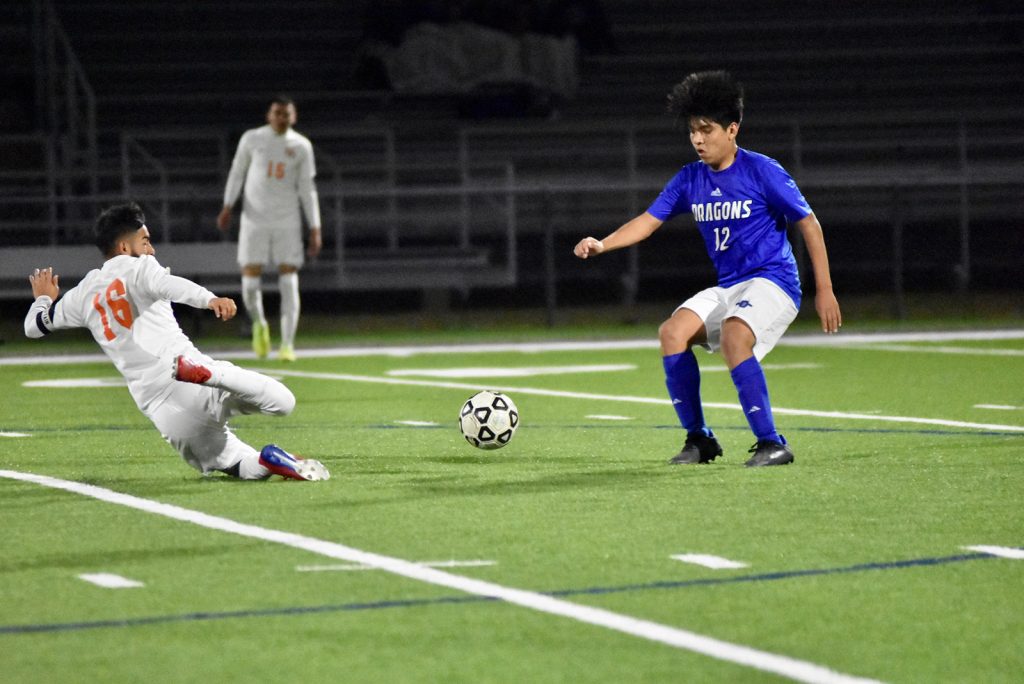 Then Kevin attempts to slide tackle the ball away from the defender.

Despite numerous chances to score, North Dallas played to a 0-0 tie against Seagoville in Tuesday’s nondistrict game at Henry Stadium.

North Dallas Coach Jose Aguirre said he wasn’t pleased with the first half play but the adjustments at halftime helped in the second half.

Aguirre noted that Seagoville was a “physical opponent.”

“They picked that up and created more chances,” he said. “We’re getting there. We’re progressing in our attacking. The defense had another shutout. We’re also very happy because our defense is pretty solid.”

Asked about what the scoring attack needs, Aguirre said, “Chemistry on top and less individualism. More combinations on top. It’s something that we have to continue working on in practice because there’s a lot of new guys.” 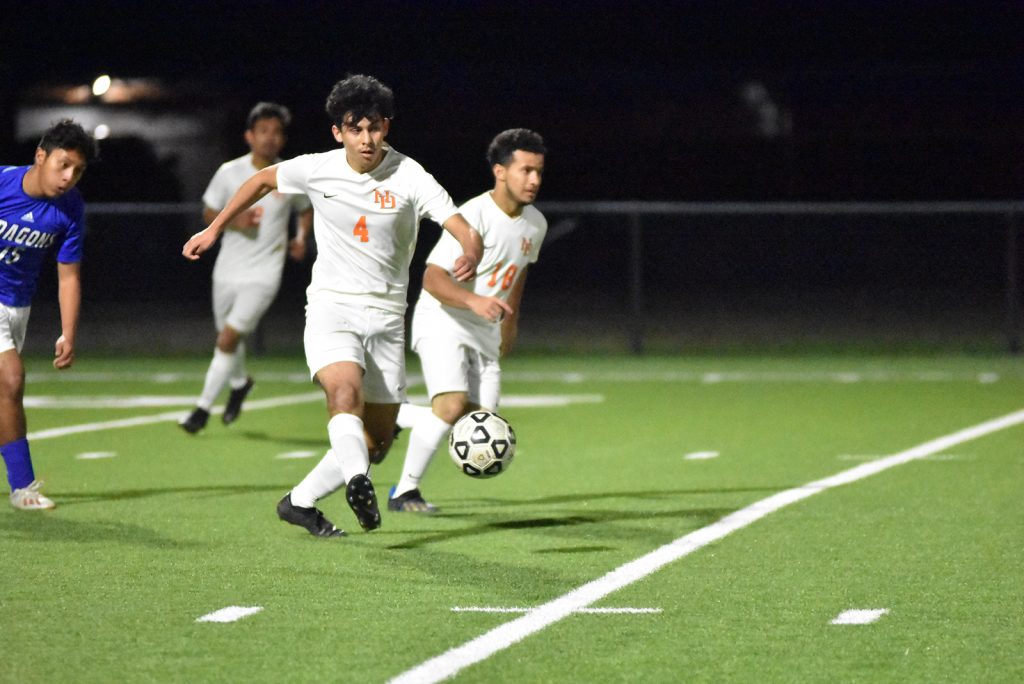 Erick Serrano (4) dribbles up the field. 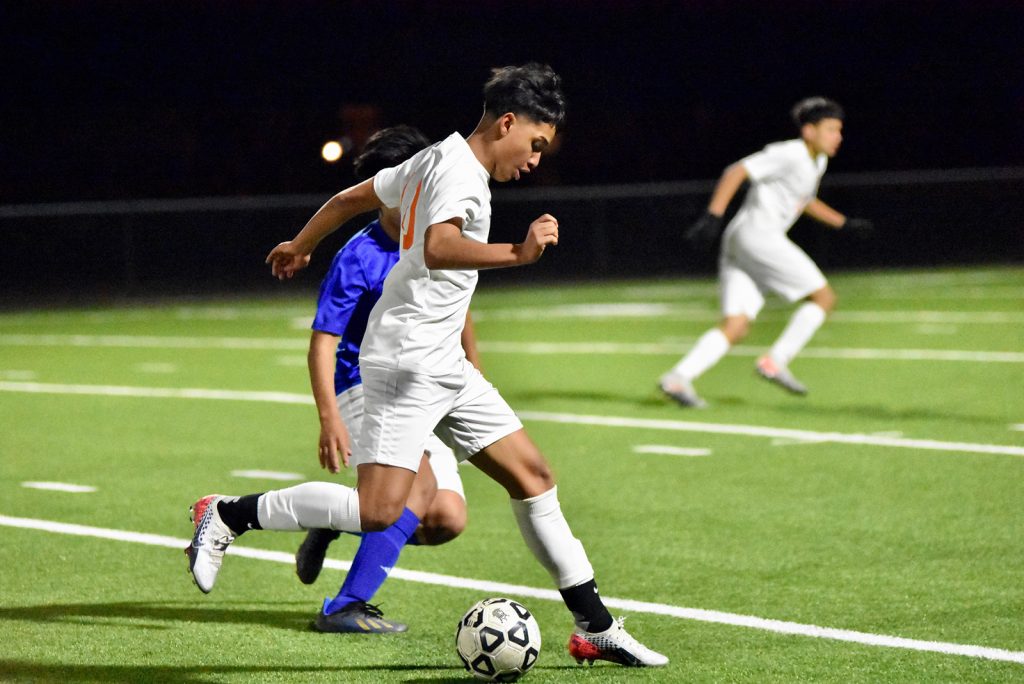 Bryan Colleo (10) gets control of the ball along the sideline. 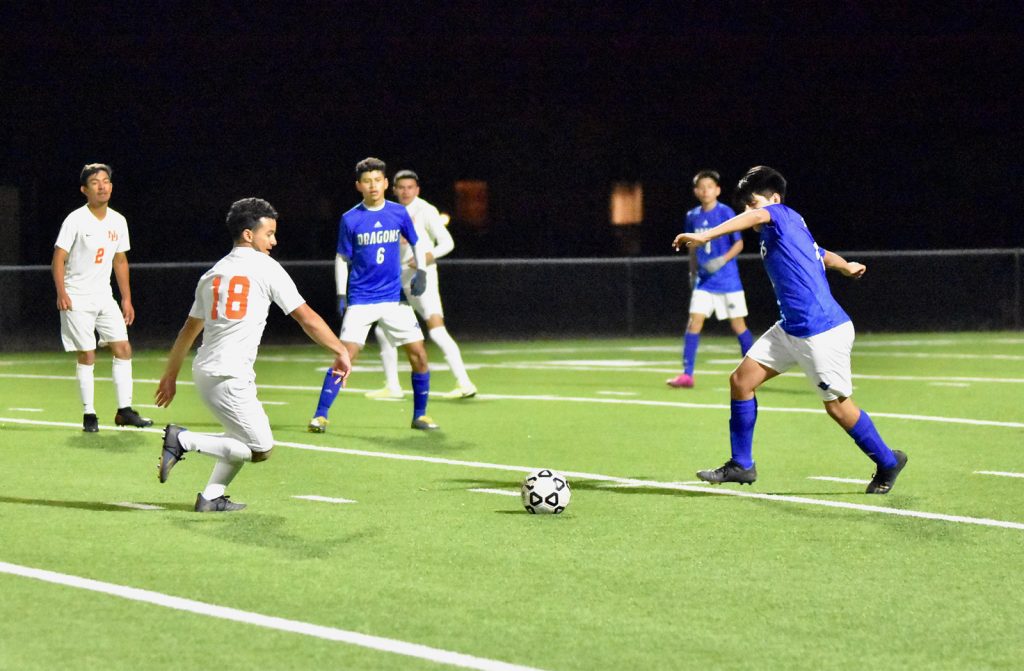 Jorge Lainez (18) races to the ball against Seagoville. 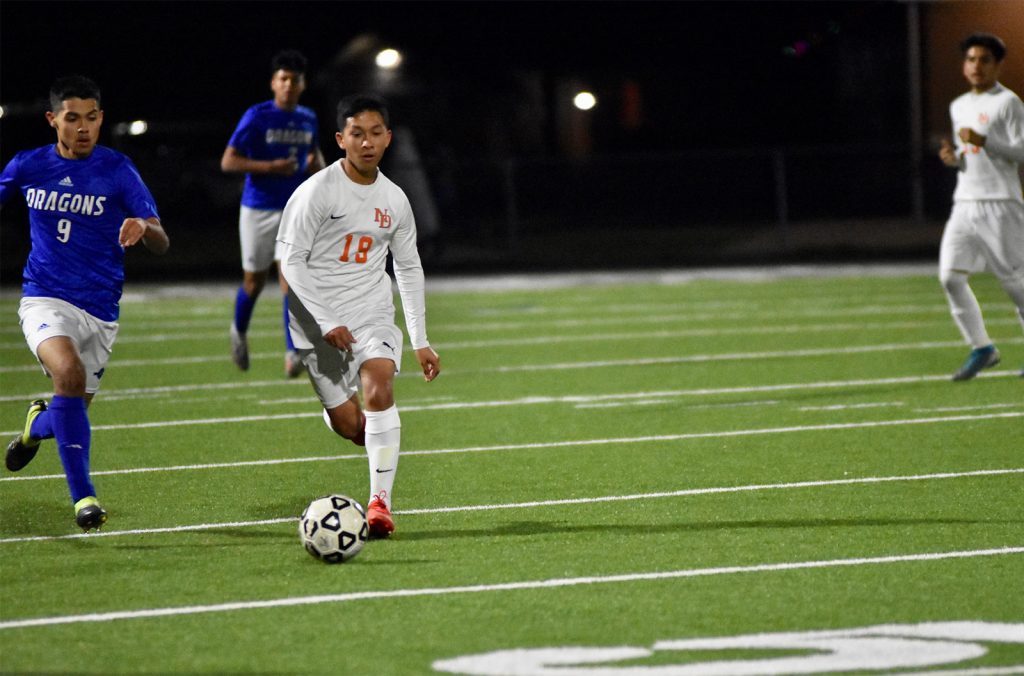 Vincent Maya (19) goes after the ball. 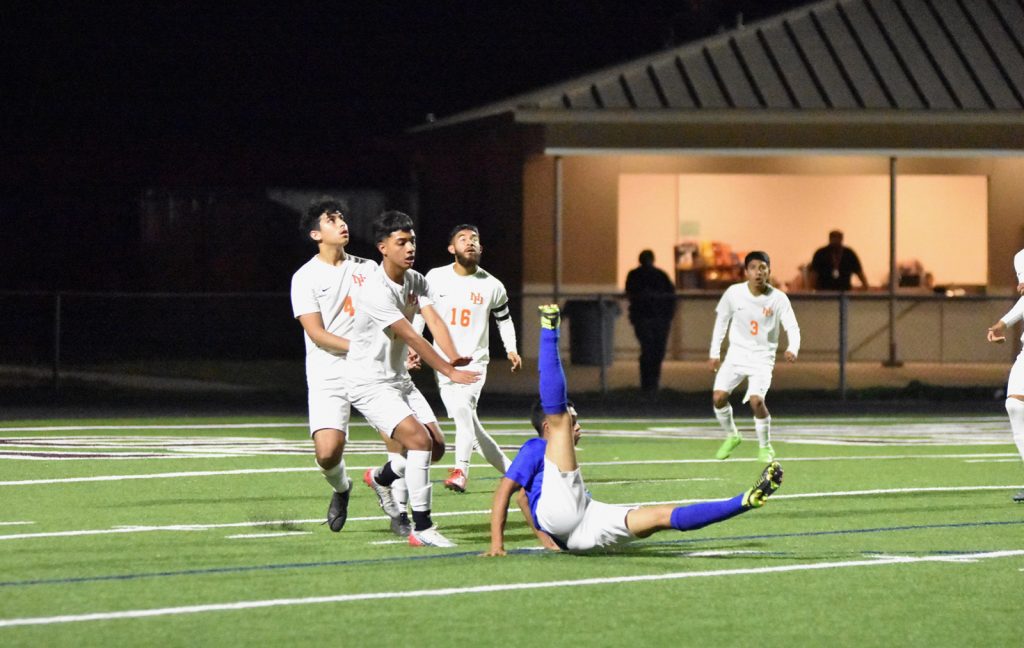 The Bulldogs’ defense looks ready for anything Seagoville might do. 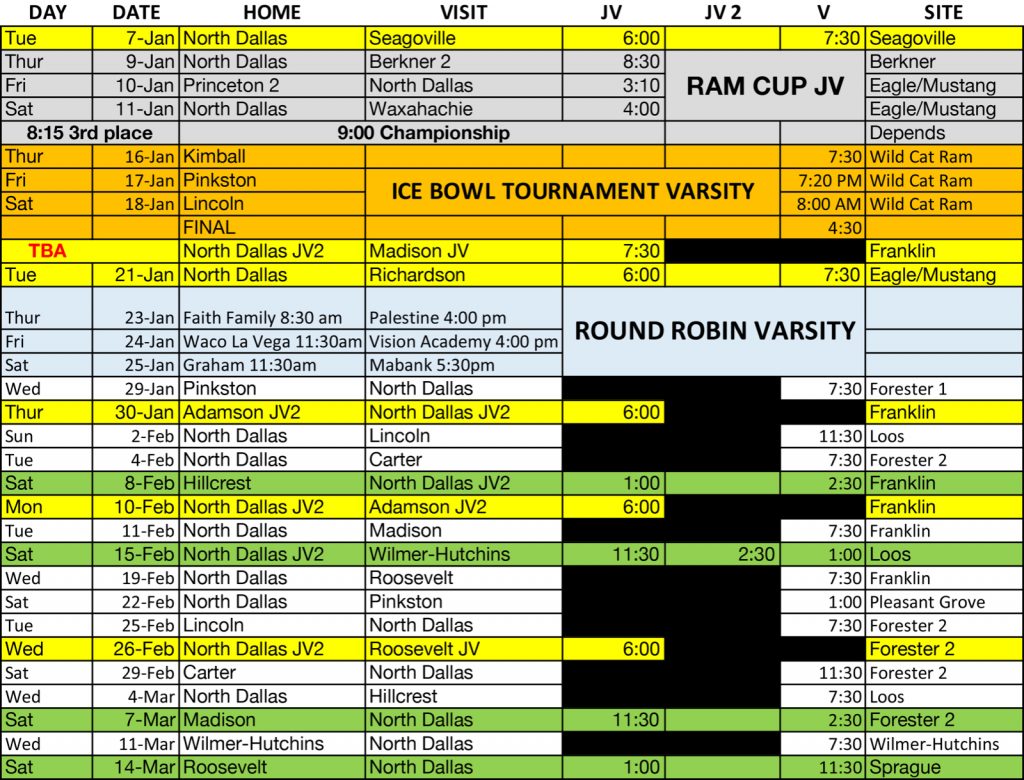