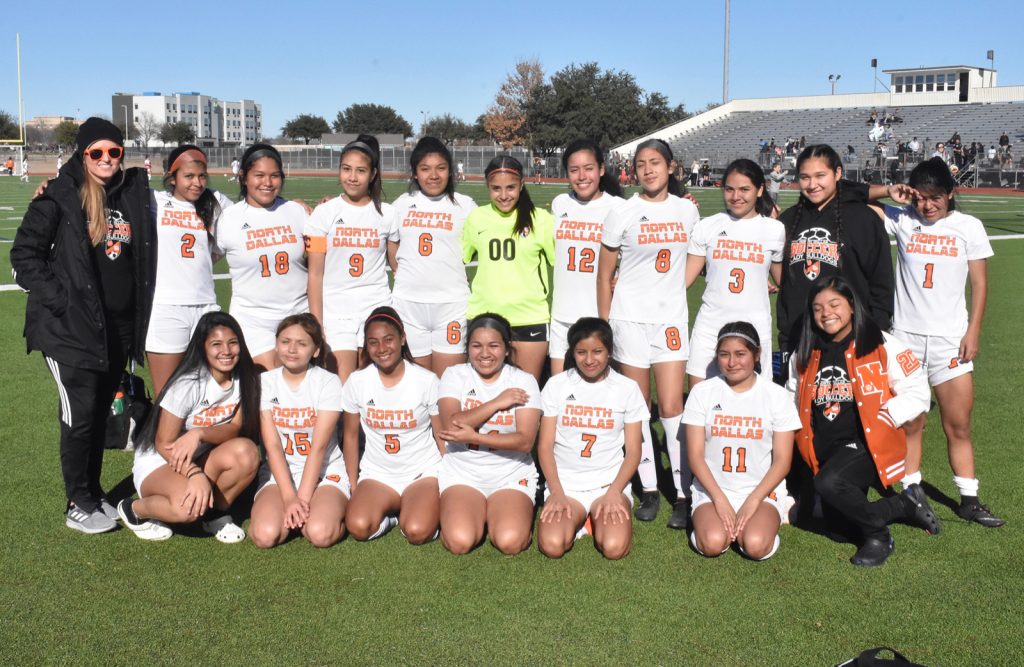 In last week’s Garland Tournament, North Dallas girls Coach Stephanie Stein emphasized playing defense against their 5A competition.
Against Spruce last Wednesday, the Lady Bulldogs turned on the offense and the result was a 5-1 win at Franklin Stadium.
Isis Balderas scored unassisted on the first two goals, then Sara Villa added a goal, with an assist from Isis, who also scored the fourth goal. Selena Villatora scored the final goal unassisted.

“I would say that the highlight of the game was our ability to score goals,” Coach Stein said in an email. “After playing a very defensive tournament last weekend, it was great to see what our attack looks like and to see that the girls are able to put together combinations and finish.”

This week, the Lady Bulldogs are scheduled to play at Newman Smith on Tuesday at Standridge Stadium, 1330 Valwood Parkway in Carrollton. JV game is at 6 p.m. followed by varsity game at 7:30 p.m. Then starting Thursday, North Dallas plays in the Berkner Ice Bowl in Richardson. 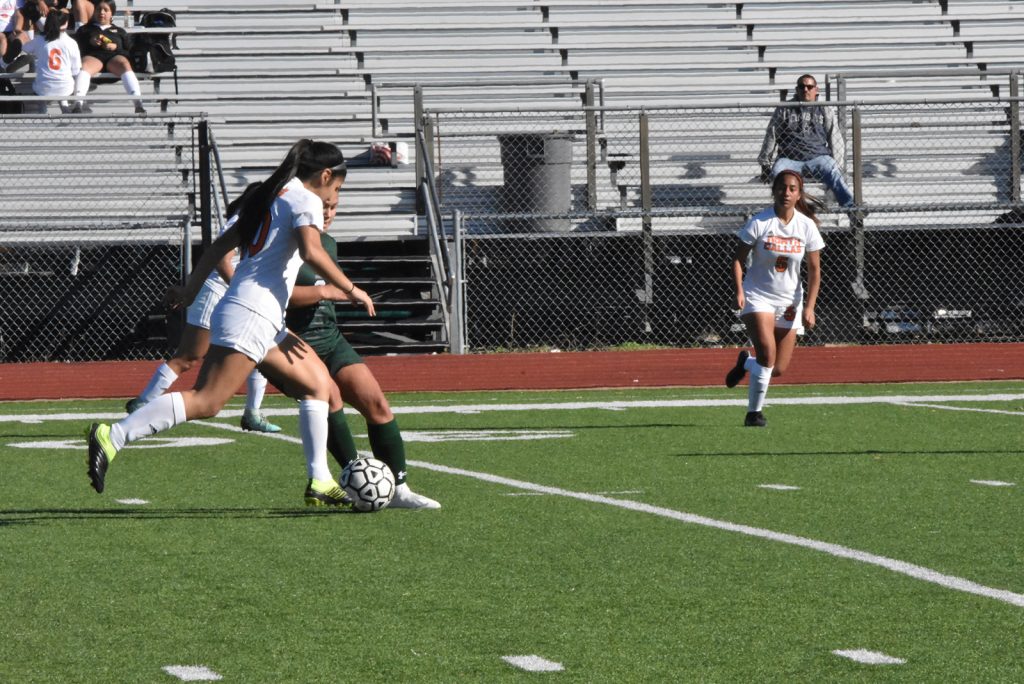 Isis Balderas (10) takes the ball away from a Naaman Forest player. 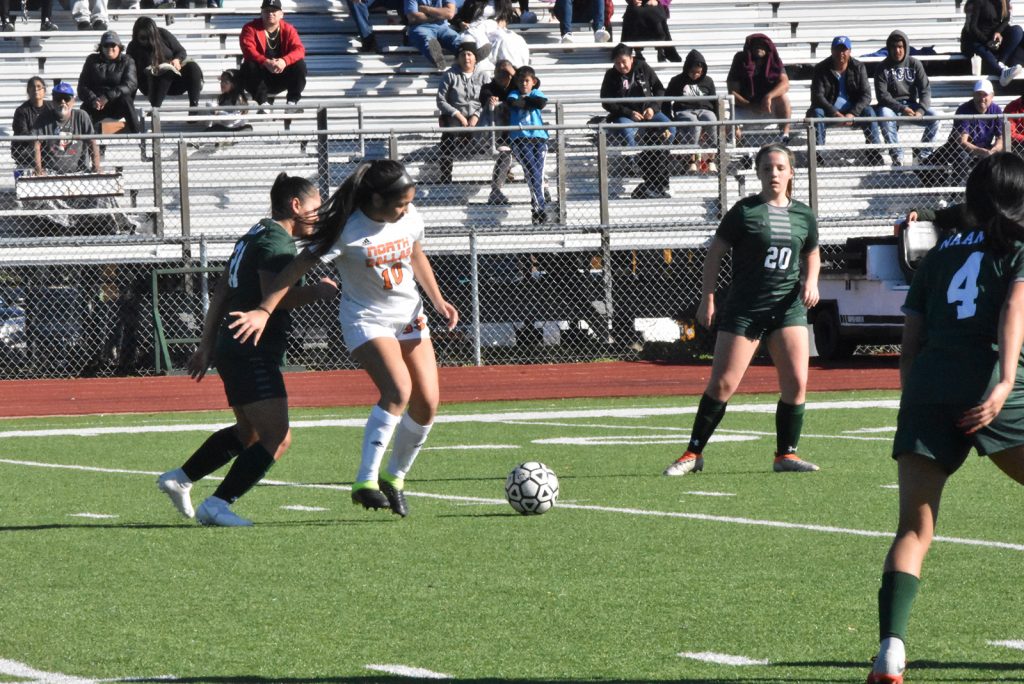 Isis then gains control of the ball. 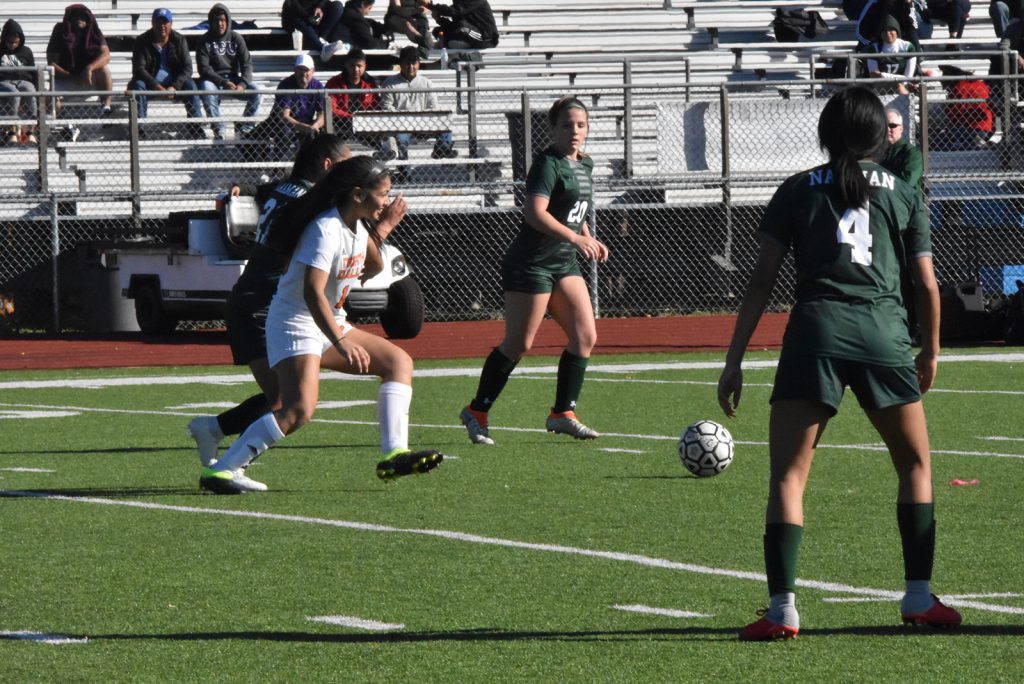 Then Isis, with a smile on her face, takes off downfield. 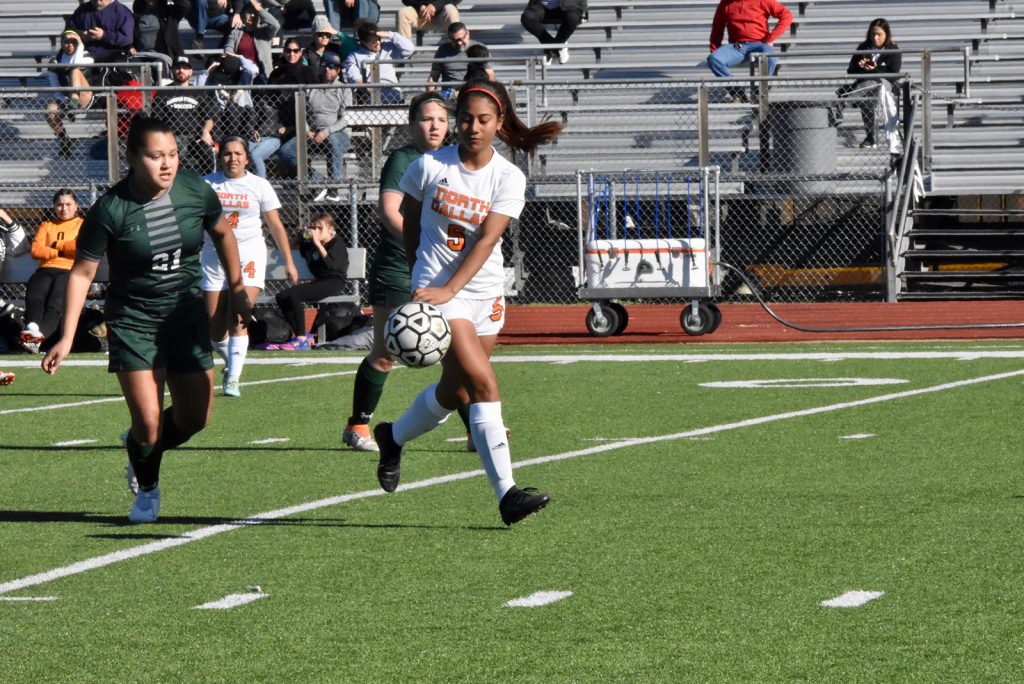 Lucia Arellano (5) goes after the ball. 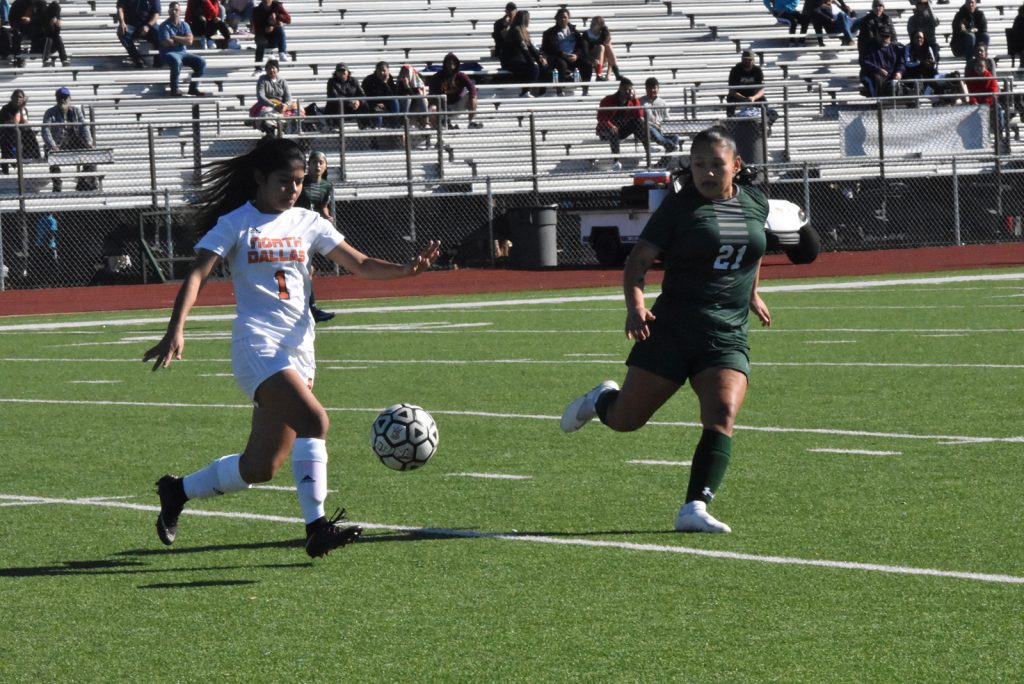 Selena Villatora (1) dribbles away from the defender. 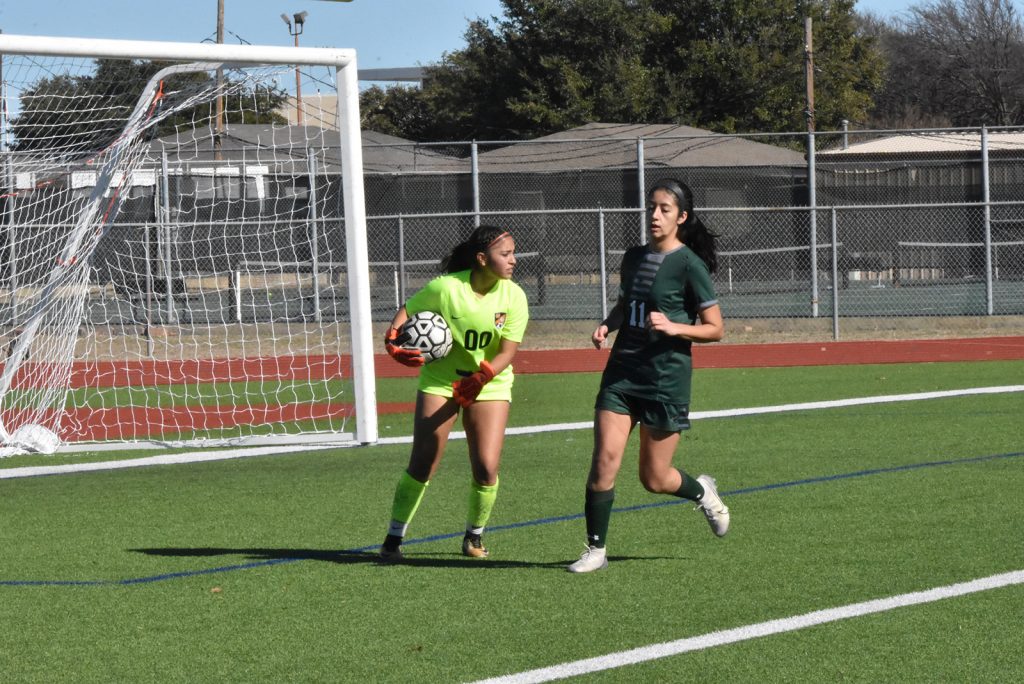 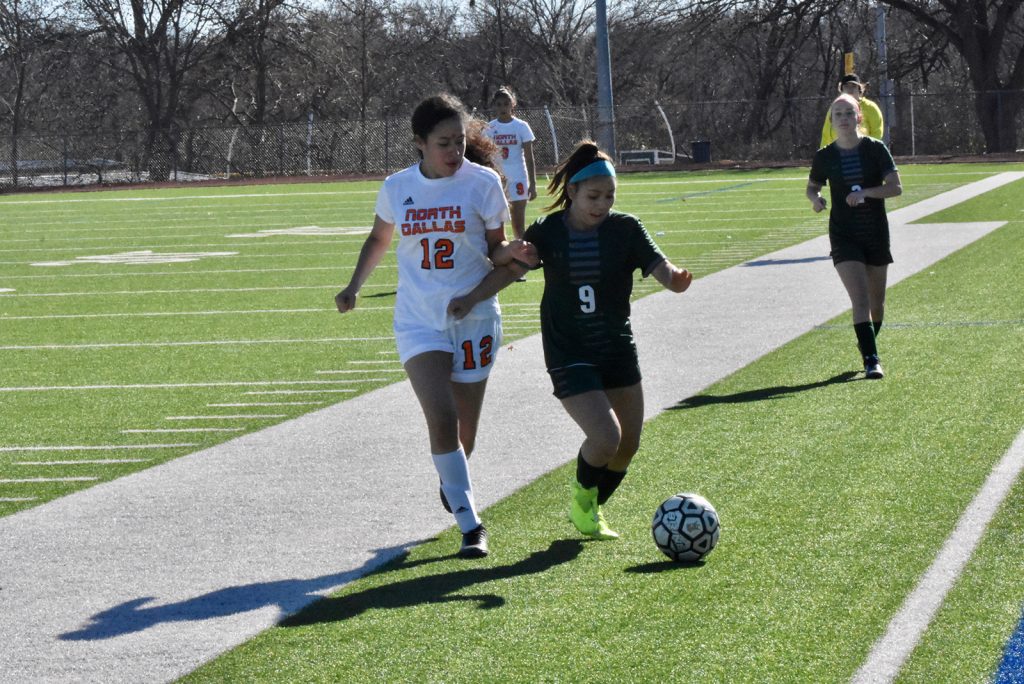 Emyli Estrada (12) keeps up with the Naaman Forest player. 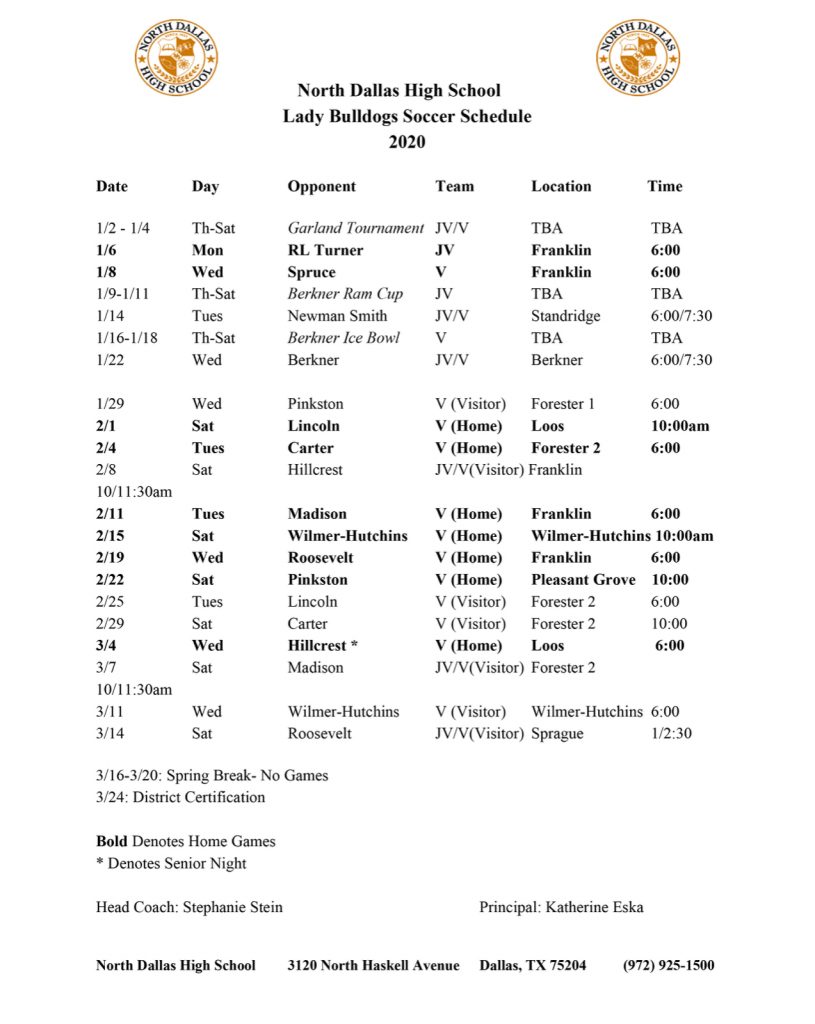 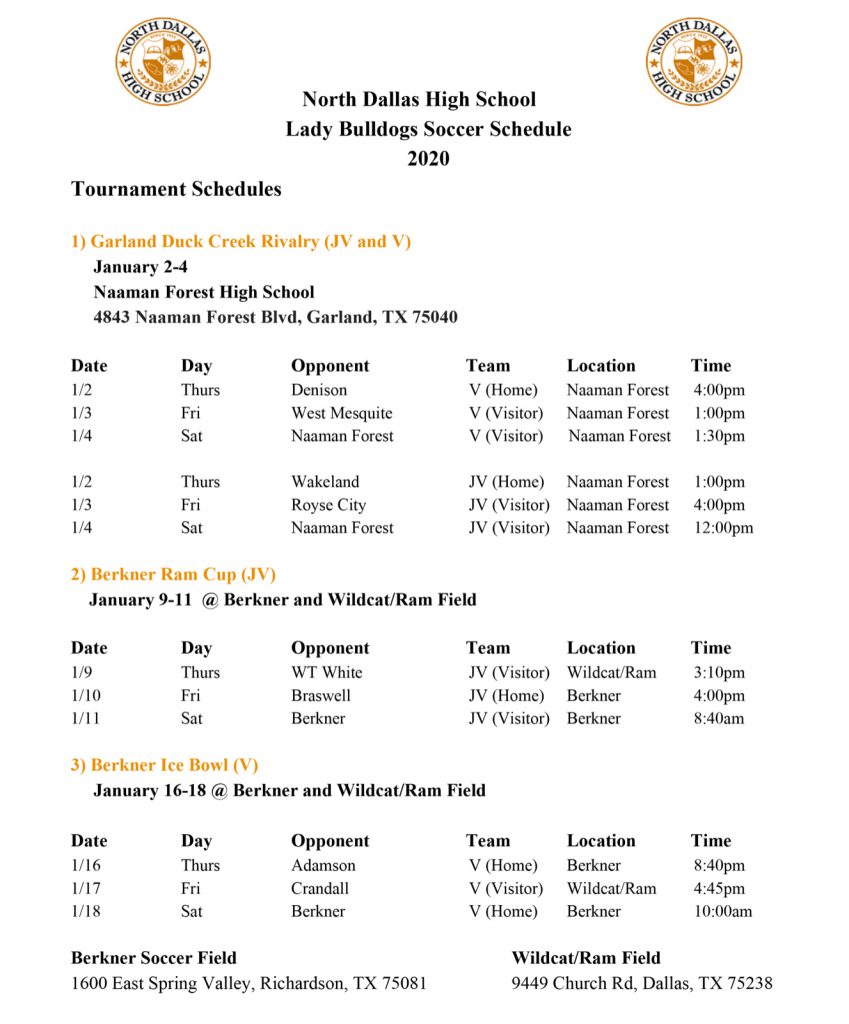