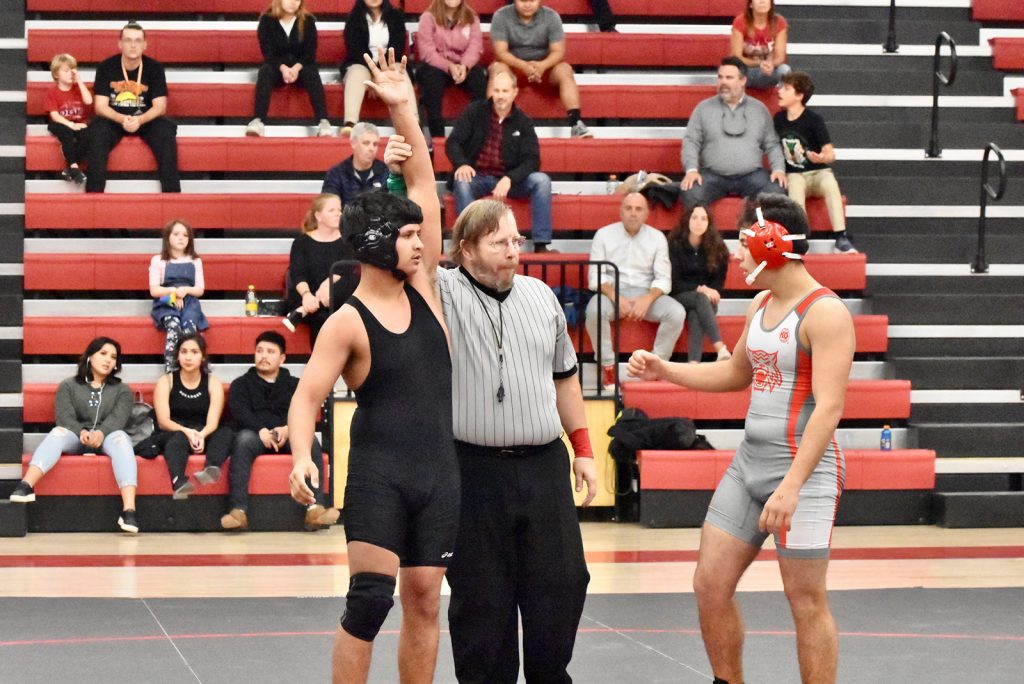 Damien Lopez wins his match against Woodrow in an earlier match this season. 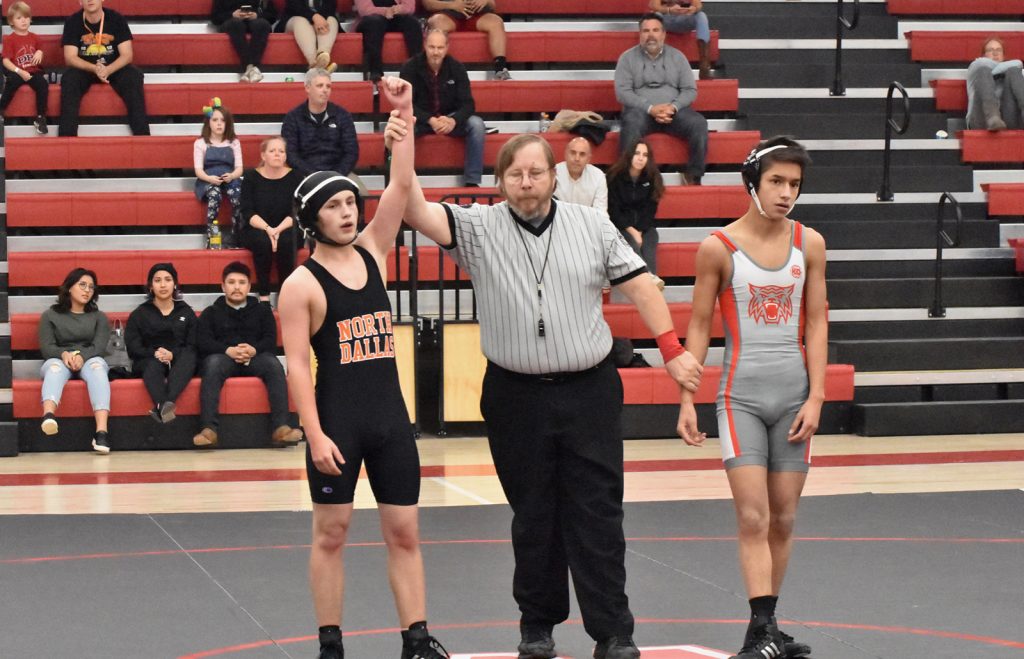 Nicolas Andrade will be competing in 120-pound weight class at district.

North Dallas wrestling coach Desiree Allen has been working on her lineup for the District 7-5A meet on Friday and Saturday at Conrad High School.

“If somebody goes over weight, you’re going to wrestle off,” she said. “This is an individual sport, and it boils down to the person that wins wins. It keeps some of them on their toes. We have the talent.”

Coach Allen said she has several athletes playing baseball and others involved in off-season football.

“They’re actually doing well,” Allen said of the team. “It’s difficult with some of the multisport athletes. We do a lot of juggling. Two holiday breaks over the wrestling season. A lot of teams don’t even start until after Christmas, and then they start in the new year.  I started a week after football, which made it a little hectic, but I needed to get it going. A lot of talent, got to make time to improve the talent.”

Allen said she’s had to deal with schedule changes to help the team with its conditioning and training.

“We deal with the kids while you have them, and I need to make the best of  that time.  They need time together,” she said.

“We do 15 to 30 minutes of conditioning every day.  Keeping them in shape,” Allen continued. “They know I need them to wrestle at district. You can’t just show up at district. You have to put in the work.”

After conditioning, it’s time to work on technique. 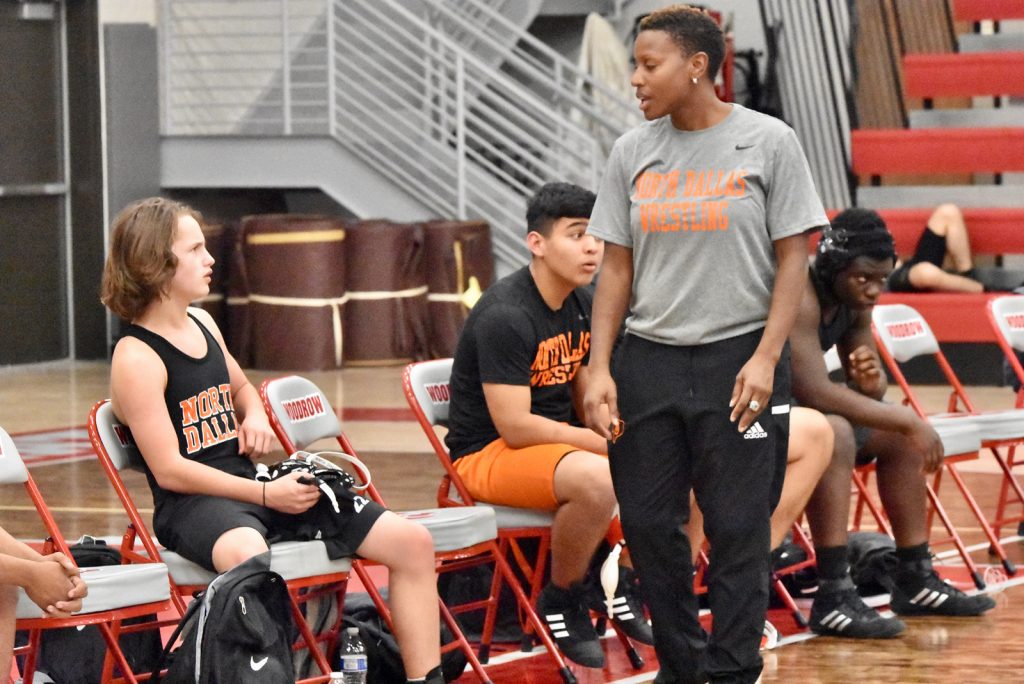 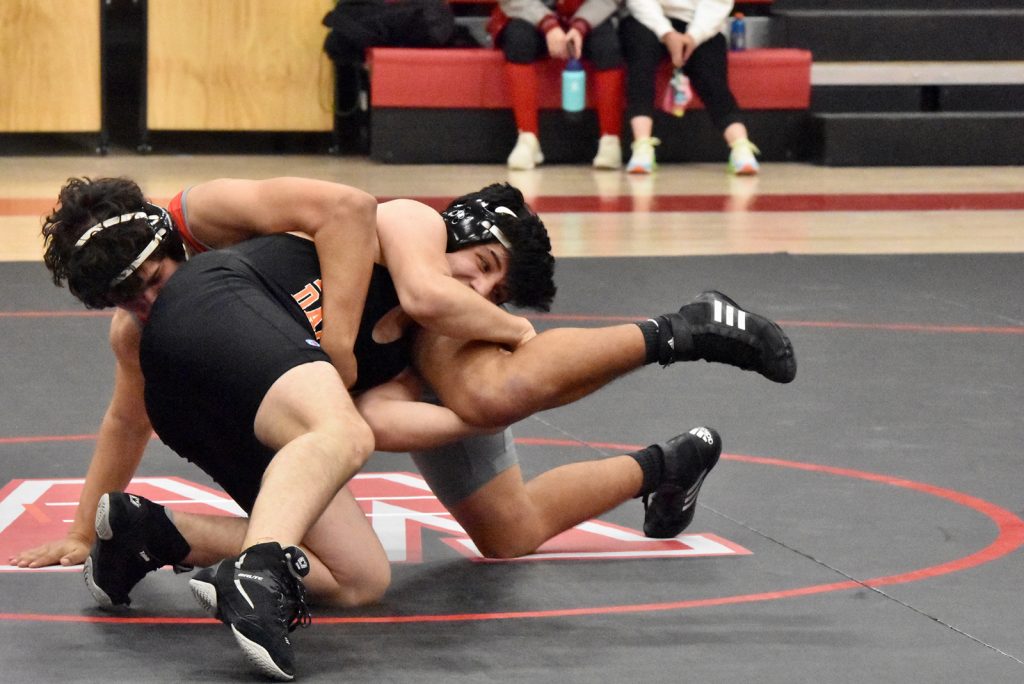 Riley Saenz tries to push his opponent on the ground. He will compete at 160.