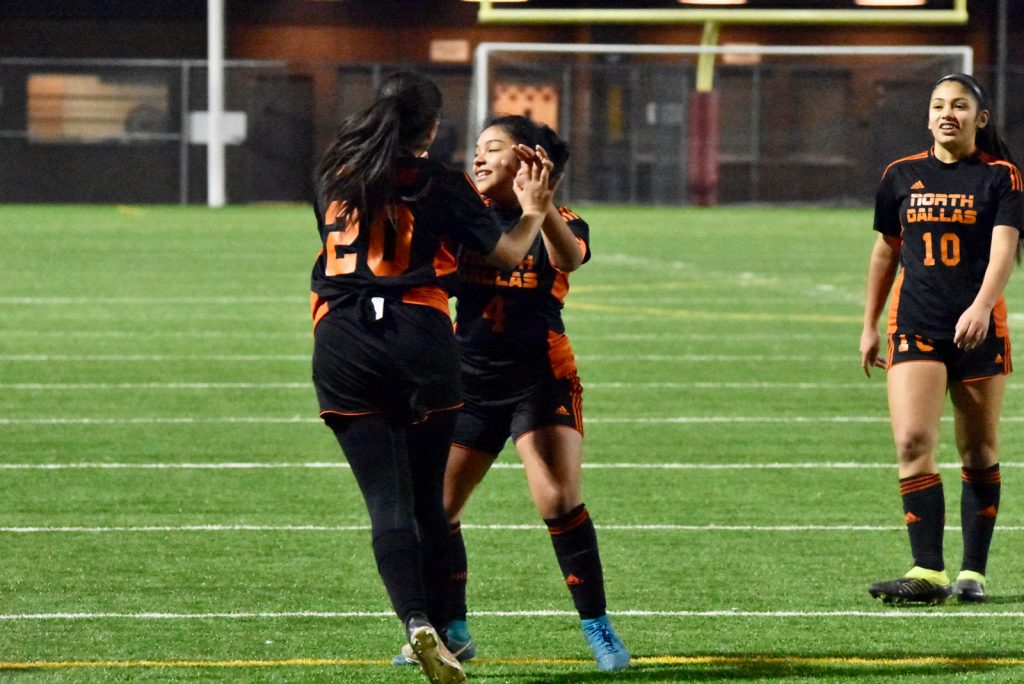 The North Dallas had very little trouble scoring as 10 players scored en route to a 23-0 victory over Carter in a District 11-4A game Thursday at Pleasant Grove Stadium.  Even North Dallas goalkeeper Genesis Velez had two goals in the win.

“It felt really good,” Genesis said, who scored  both goals in the second half. “I haven’t been playing on the field very much,  but getting out there and scoring two goals was amazing.”

Genesis said she wasn’t expecting to score on her first goal.

“I was planning to cross it [toward the middle] but it curved and went in. And it was a pretty good goal,” she said.

On the second goal, “The goalkeeper passed it to me, I took on a defender and I shot it in,” said Genesis, a senior.

Similar to the other district games, North Dallas Coach Stephanie Stein substituted all the players throughout the game. 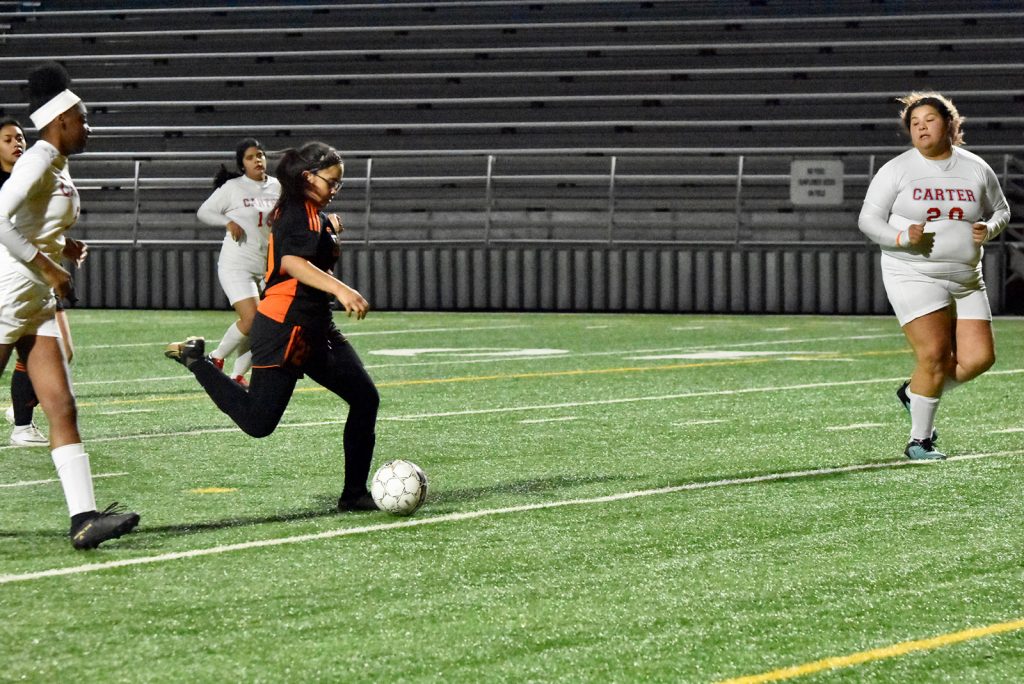 Genesis Velez closes in on the Carter goal. 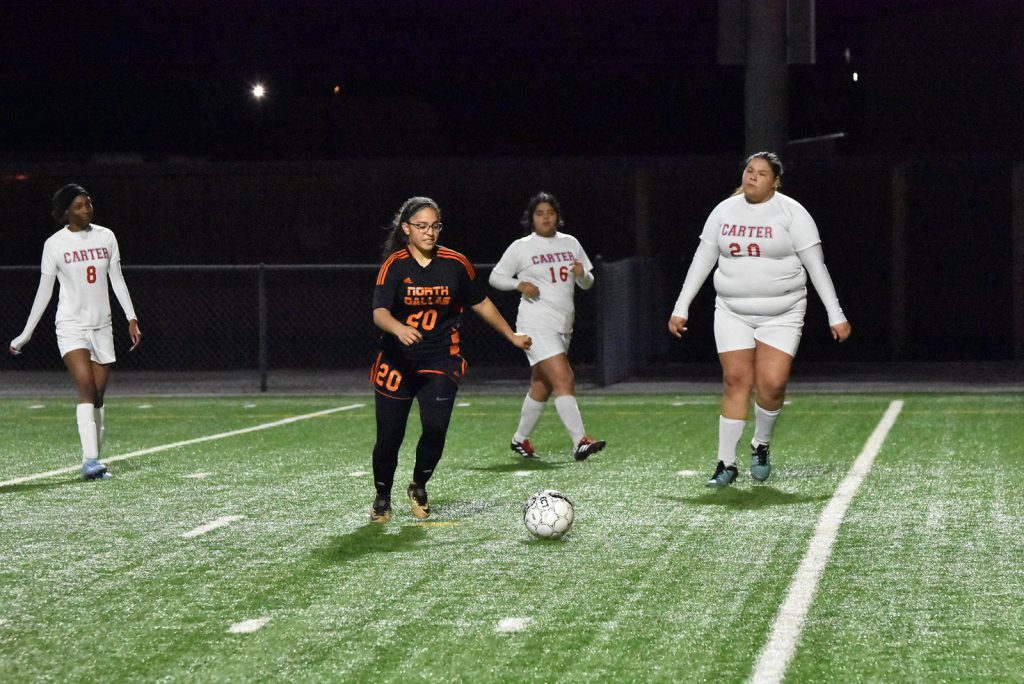 Genesis Velez (20) takes a shot at the goal. 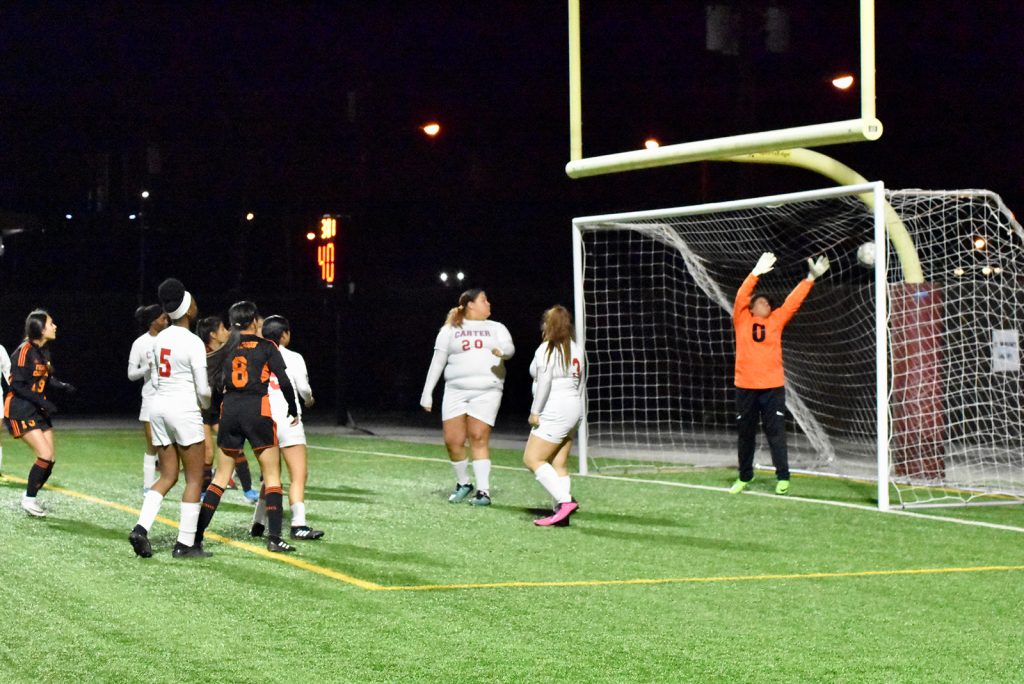 Blanca Charcas (19) scores on this shot against Carter. 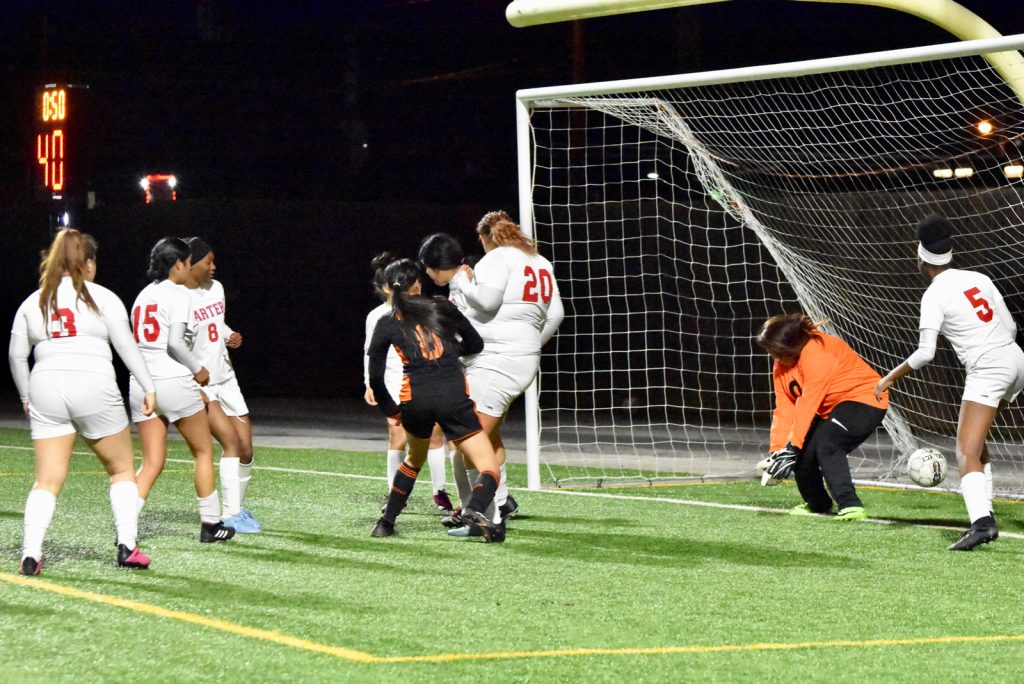 Iliana Morfin (8) gets her shot past the Carter goalkeeper. 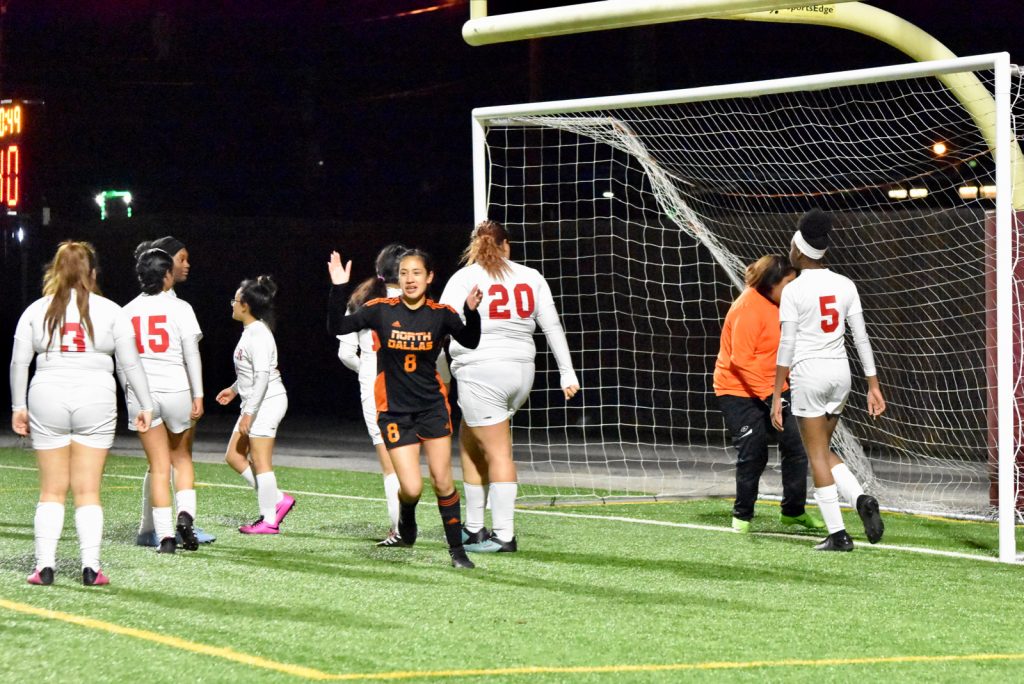 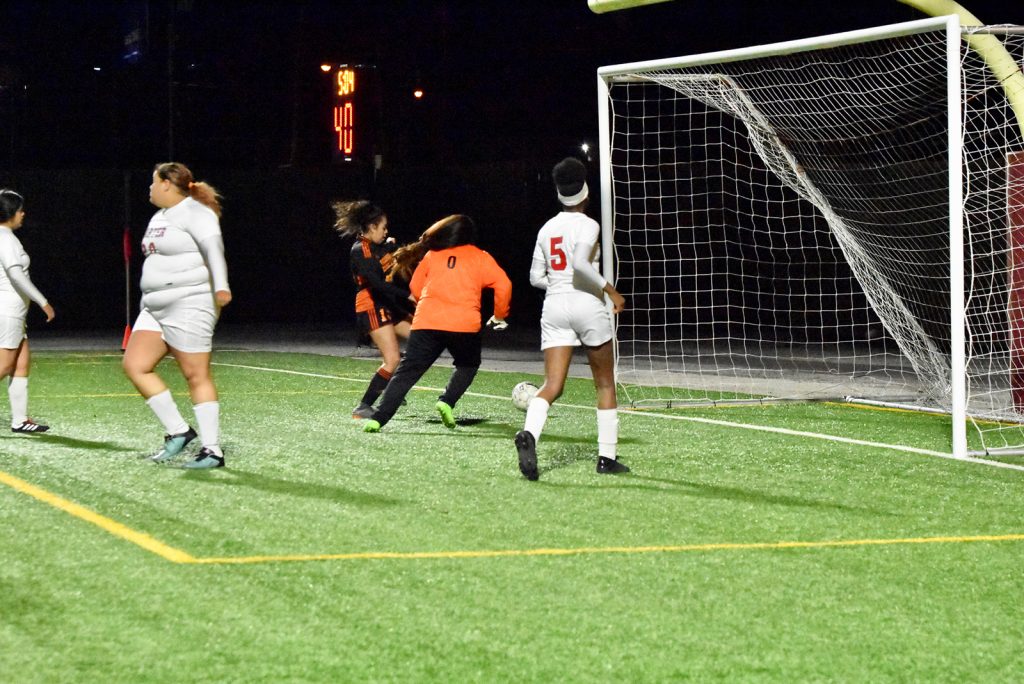 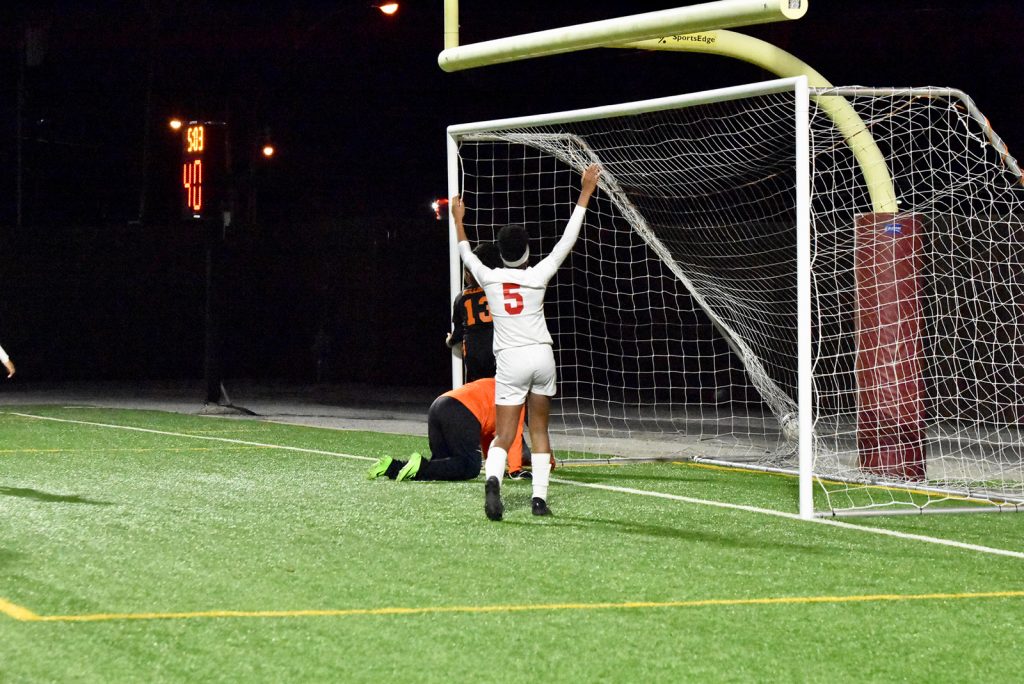