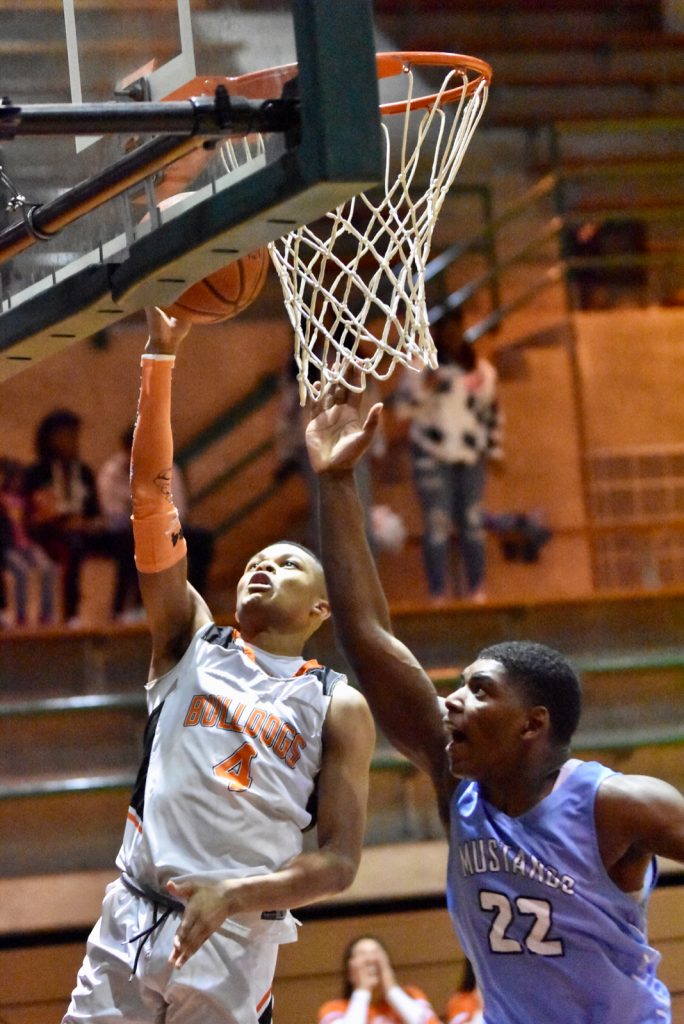 Chandler Deveaux clinches the win with a last-second layup.

Baskets by senior Chandler Deveaux gave the Bulldogs a 51-43 lead with about four minutes left in the game. After Roosevelt hit a 3-pointer to trim the score to 51-46, North Dallas went into a semi-stall.

Roosevelt got the ball back and scored, but Quincy Goldsmith responded with a basket to give the Bulldogs a 53-48 lead with 1:23 left. After two missed free throws, Roosevelt came back with another 3-pointer to cut ND’s lead to 53-51 with 48 seconds left. After Roosevelt missed a shot with 37 seconds left, freshman Joseph Oluwayemi was fouled and then hit 1 of 2 free throws for a 54-51 North Dallas lead with 20 seconds left. Joseph’s free three brought ut a loud cheer from the North Dallas crowd, who could feel a victory in the making.

So, it came down to Roosevelt aiming for a 3-pointer but the ball went to their big man who missed a close shot near the basket. The scrappy Bulldogs picked up the rebound and threw it to Chandler who drove for a layup and the victory.

Looking back North Dallas’ tough defensive play forced a lot of missed shots and turnovers, which resulted in layups for the Bulldogs.

Chandler didn’t play in the first meeting against Roosevelt, who ran away with an 80-51 victory on Jan. 15 at Cobb Field House.

The Bulldogs, who have won two of their last three games in district play, play at Pinkston on Tuesday. 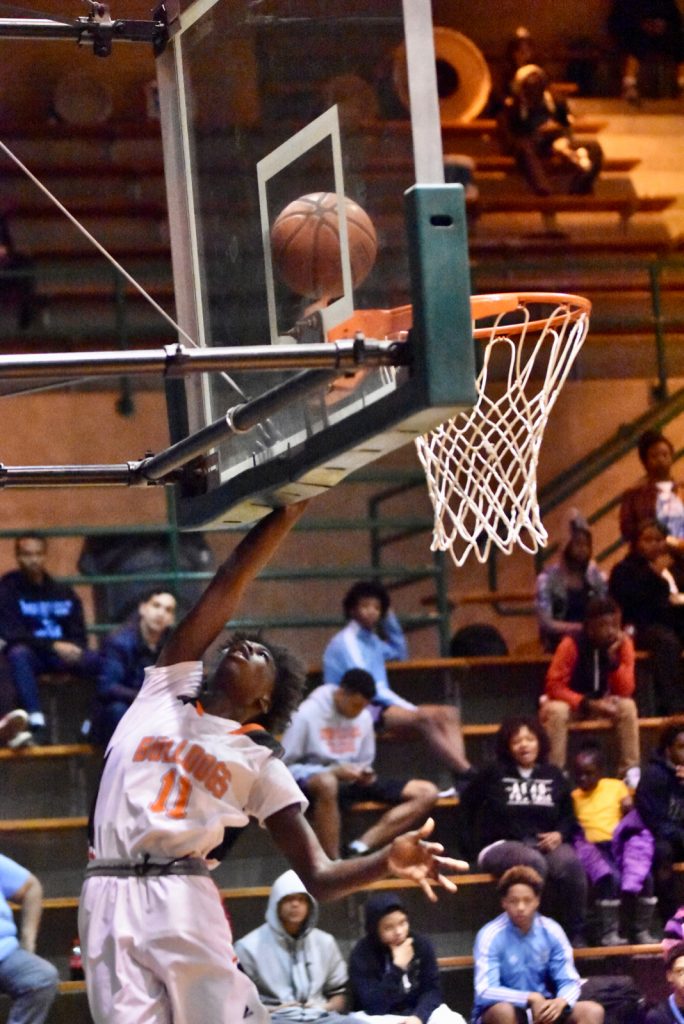 Quincy Goldsmith goes up for a layup against Roosevelt. 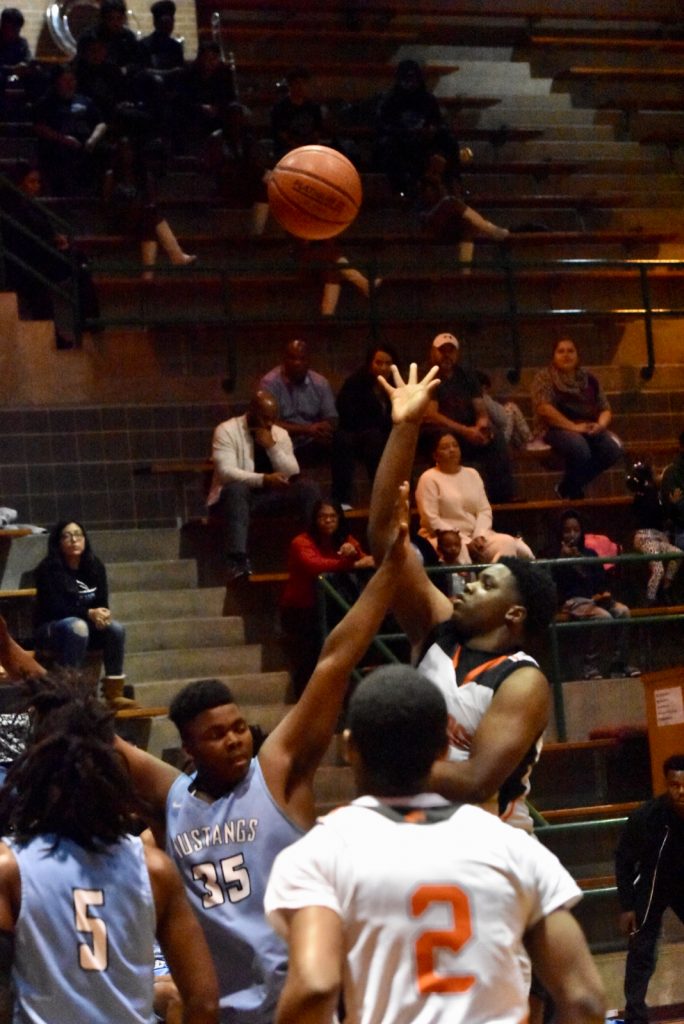 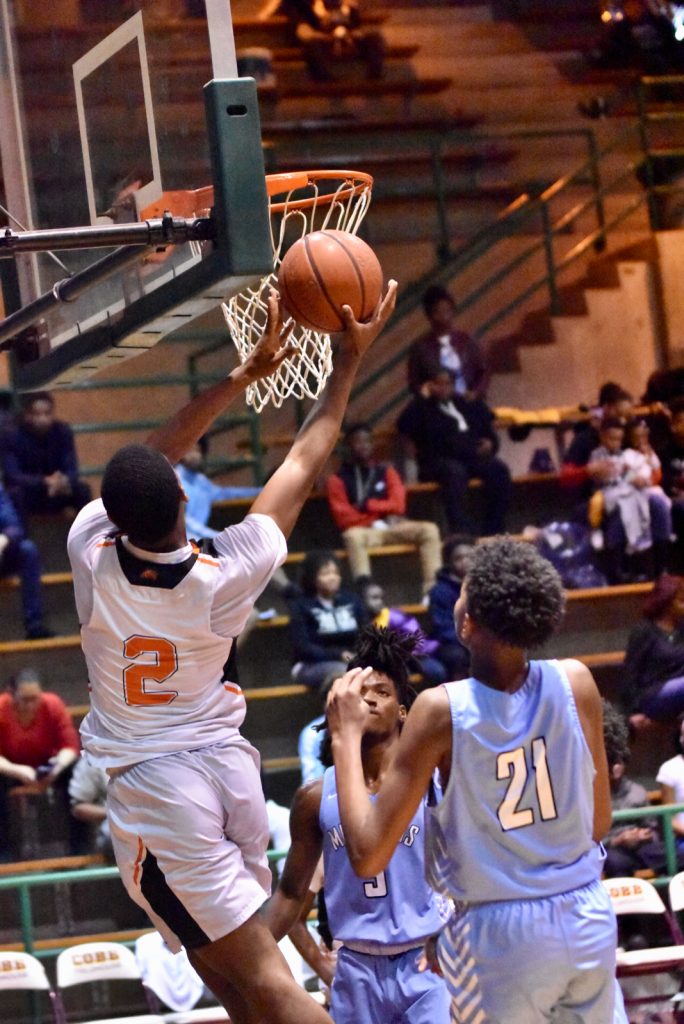 Larry Dorn drives to the basket. 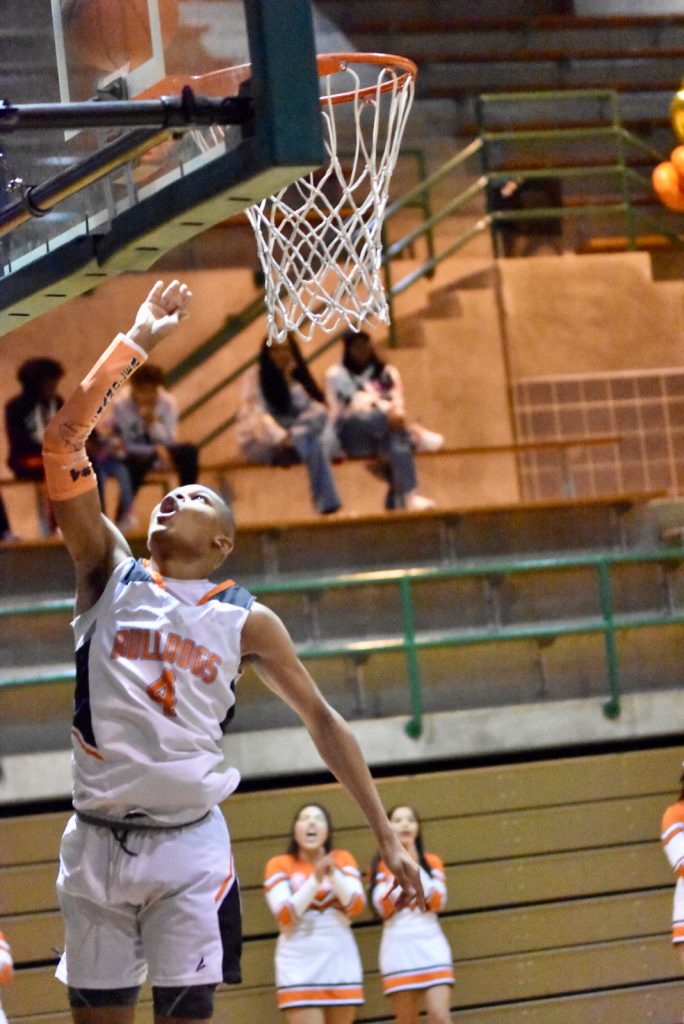 Chandler Deveaux scores on a layup to give North Dallas a 51-43 lead. 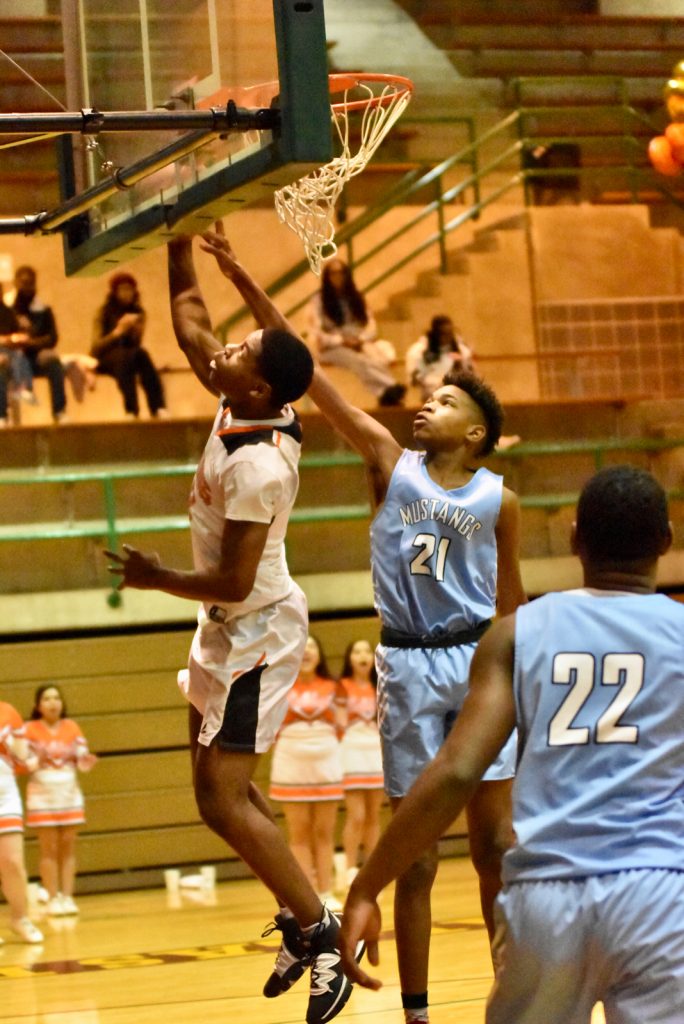 Larry Dorn goes for a layup. 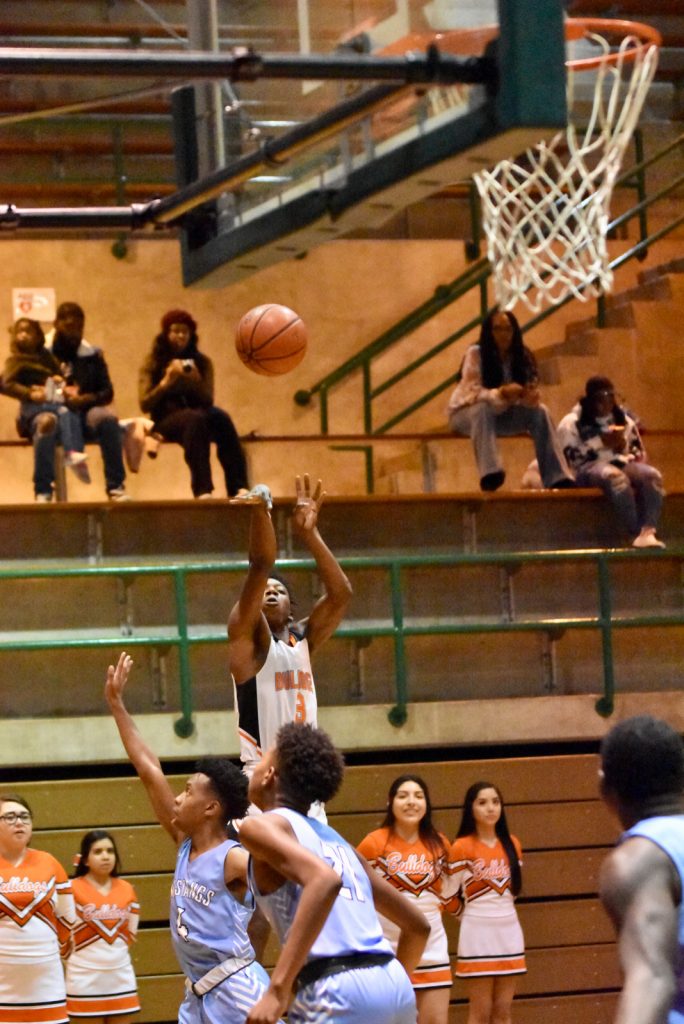 Trevion Smith takes a shot for the Bulldogs.