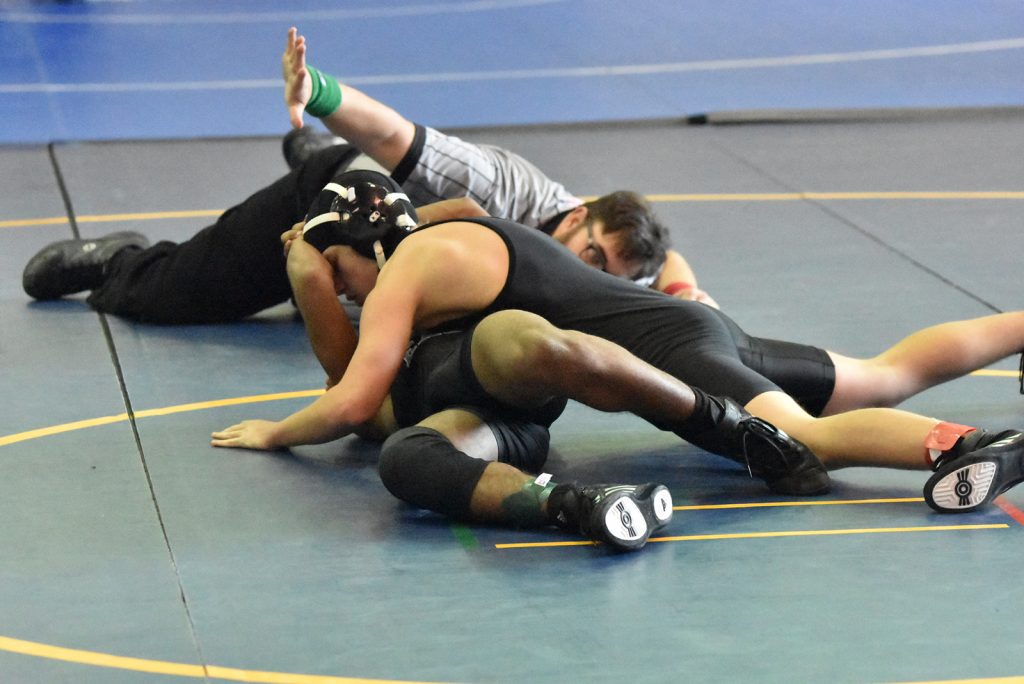 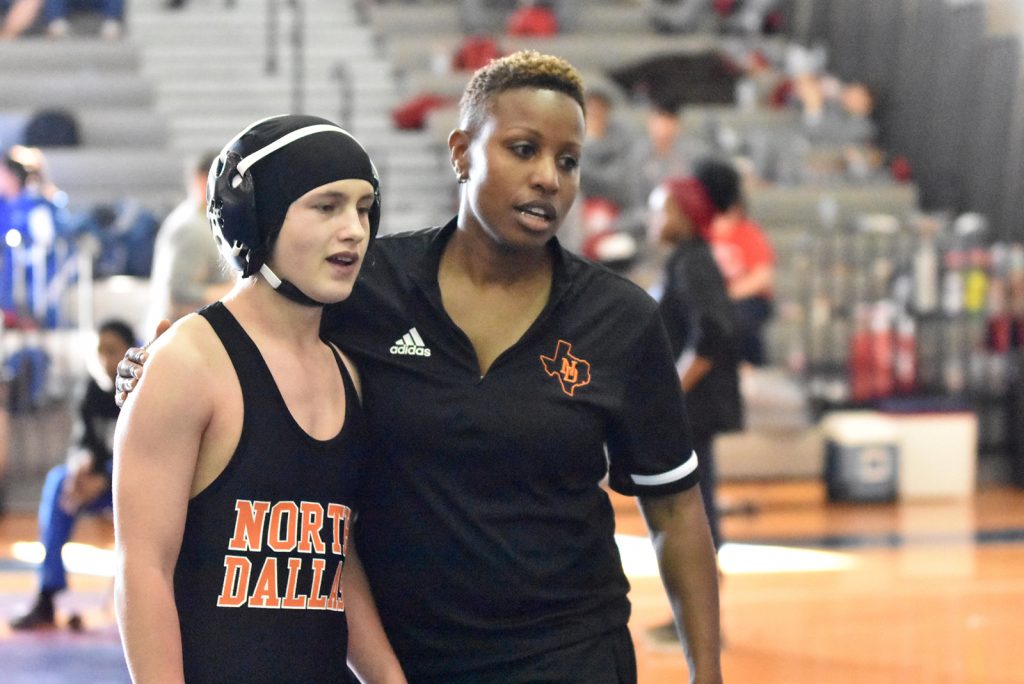 Nicolas Andrade talks with Coach Desireé Allen after his win.

North Dallas went to the UIL District 7-5A meet with three wrestlers on Friday and Saturday at Conrad  High School. They came home with two wrestlers advancing to next week’s regional meet in Frisco.

Sophomore Damien Lopez was awarded fourth place over Woodrow Wilson’s Ernesto Alfaro. Damien opened the tournament with a victory over Javier Soto of Samuel, then lost to a South Oak Cliff wrestler, then pinned Alfaro at 3:50 to advance to the third-place match against Soto. But Soto had the upper hand in the rematch. Damien was matched against Alfaro next and awarded fourth place.

“With Nico, we still felt he did good because he’s from Washington. He’s just a natural. But he does baseball, so he doesn’t practice as much. They’re both very smart wrestlers. We expected them to go.”

In his finals match, Nicolas’ opponent from Samuel was taller and even picked up Nicolas. But Nicolas had a few chances, but just couldn’t pin the Samuel wrestler.

“He was stronger than me, I know that for sure,” Nicolas said after his match. “The last thing I know, he’s pretty good. I got tired. I’ll see him at regionals.”

Damien took the longer road to regionals. He defeated Samuel’s Soto on Friday night. After losing to the SOC wrestler, who eventually won that division, in his first match Saturday, Damien then pinned Woodrow wrestler to advance to the third-place match. But the rematch against Samuel’s Soto didn’t go Damien’s way. 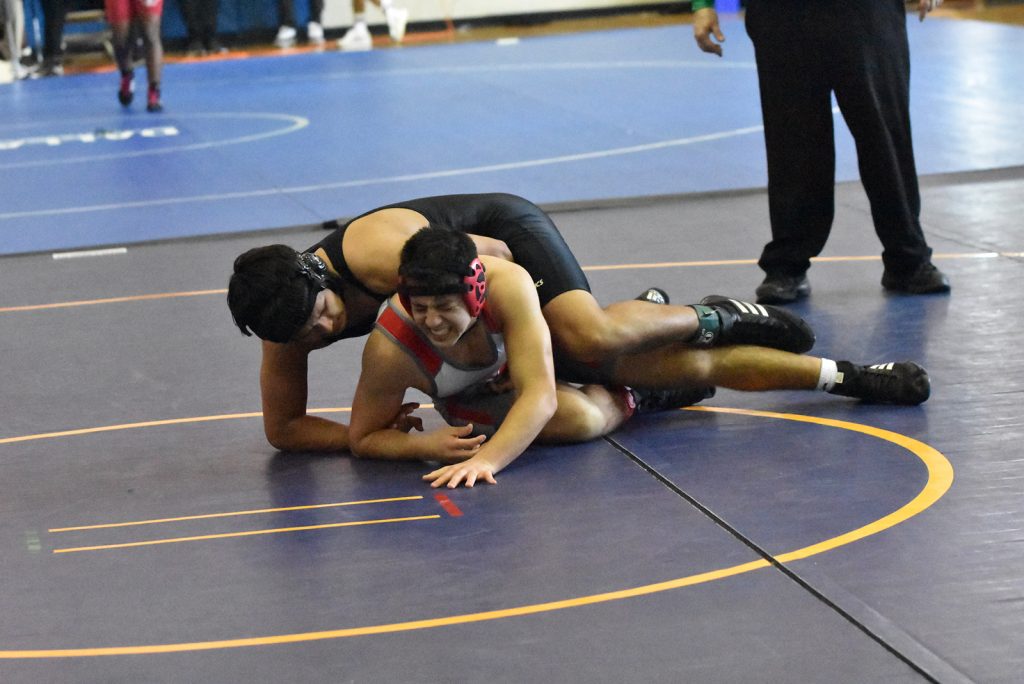 Damien Lopez has the upper hand over his Woodrow opponent. 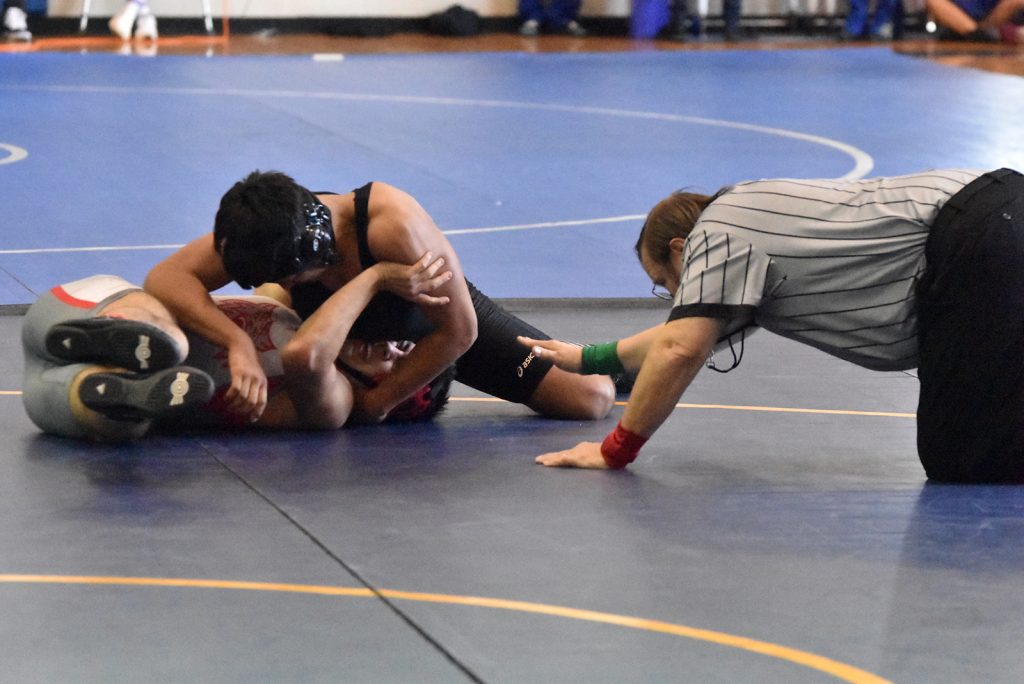 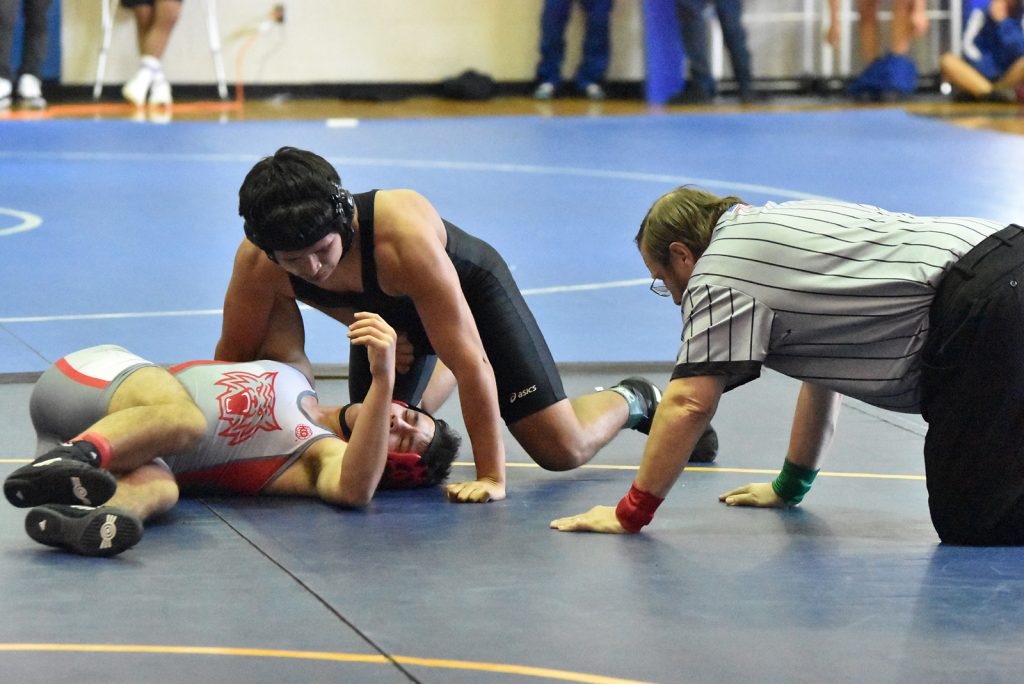 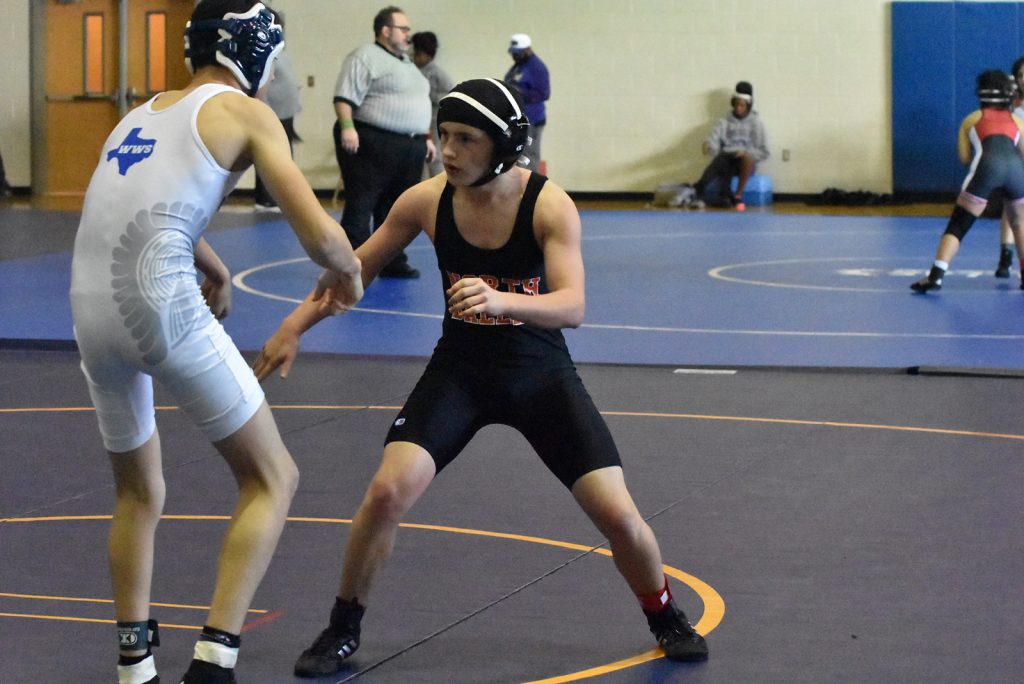 Nicolas Andrade went against a taller Samuel opponent in the 120 finals. 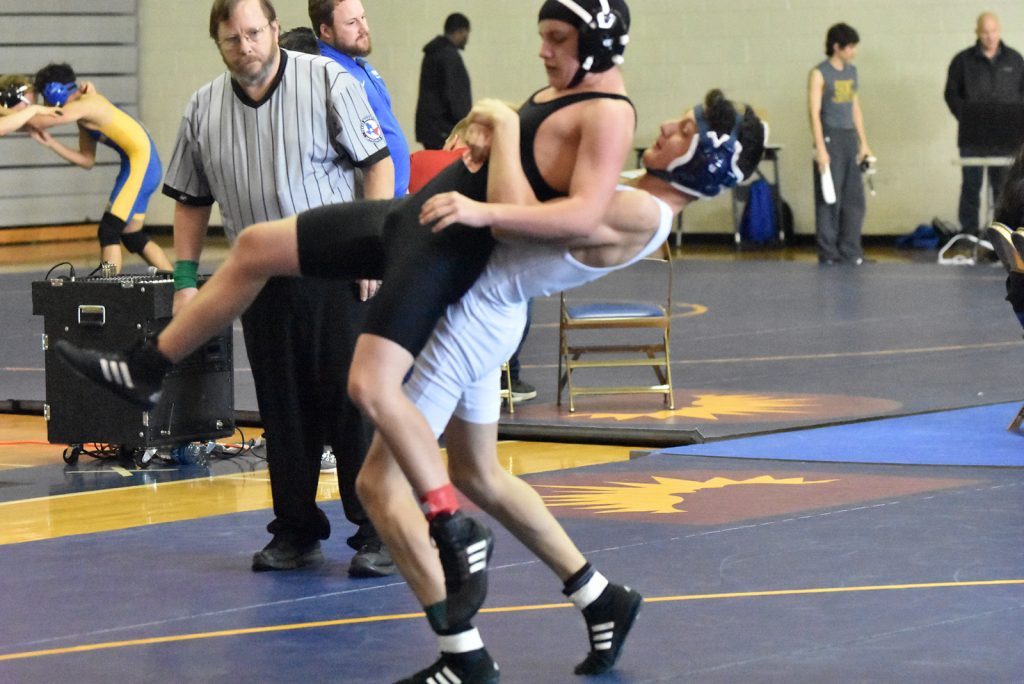 The Samuel opponent picks up Nicolas. 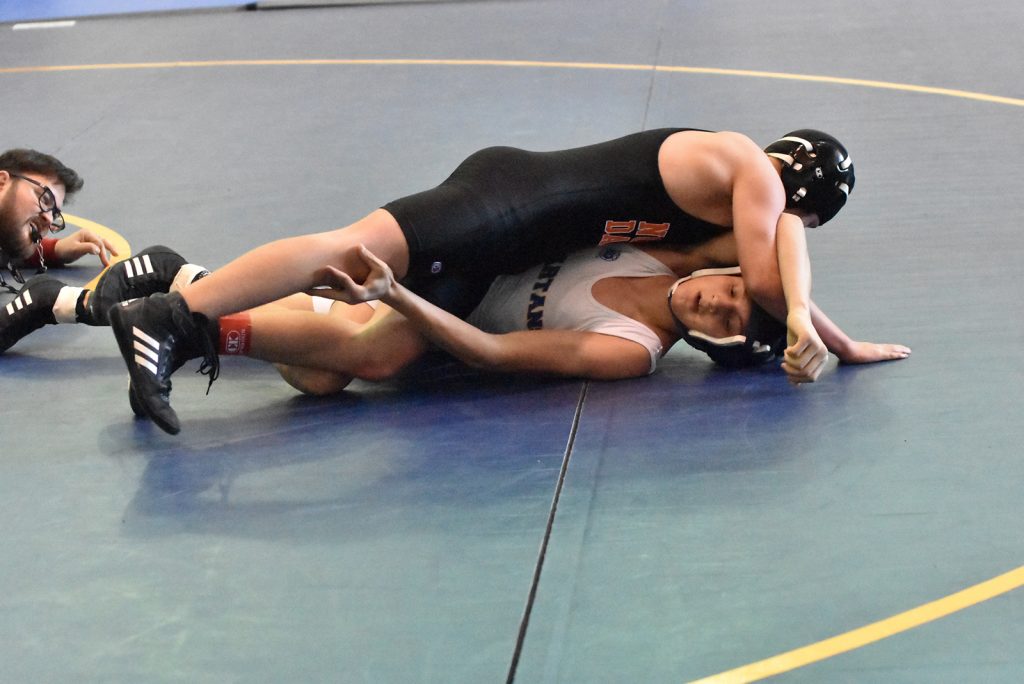 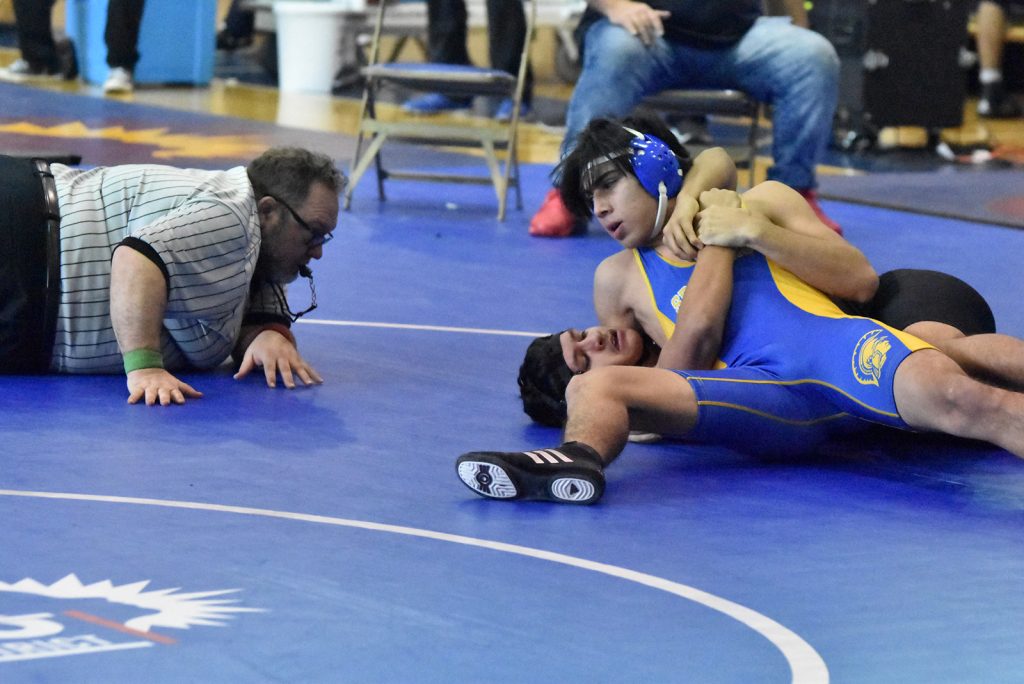 In a rematch, the Samuel wrestler managed to get Damien managed to pin Damien Lopez.