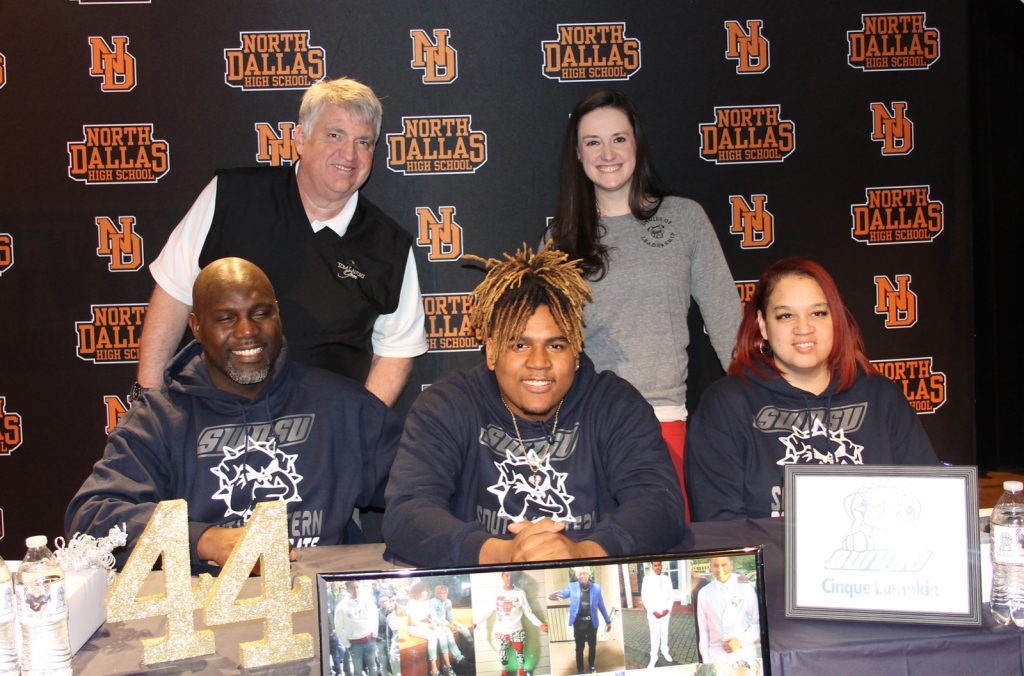 Cinqué and Christopher Shay were among the student-athletes who signed national letters of intent to play in college next year. Cinque plans to play football at Southwestern Oklahoma State and Christopher is slated to play baseball at East Texas Baptist University.

“Signing day was a different experience for me because in my four years at North Dallas, I have never seen so many people sign to play sports at the next level,” Cinque said in a email.

Cinque was also recognized at the school on Friday.

“It feels amazing. I am glad I received  the opportunity to continue my journey,” said Cinqué, who said he plans to play defensive end in college.

“When I went on my visit I wasn’t expecting the school to be as big as it was,” Cinqué said. “The program is amazing and is still building, and I wanted to be apart of something special.

“They showed me a ton of love when I was picking what school I wanted to attend and they stood out the most. I had a couple of other big schools other than SW Oklahoma State but Coach [Ruzel] McCoy stuck around and assured me that I would be taken care of for the next four years of my life.”

Cinque said he’s not sure what he will major in, but he would like to coach after college. 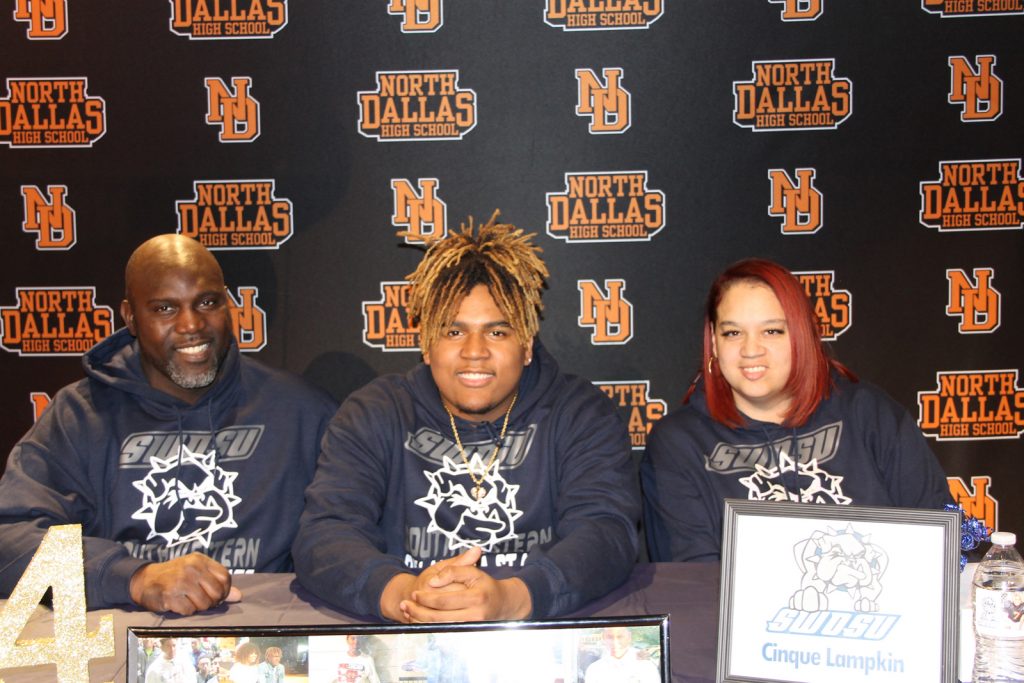 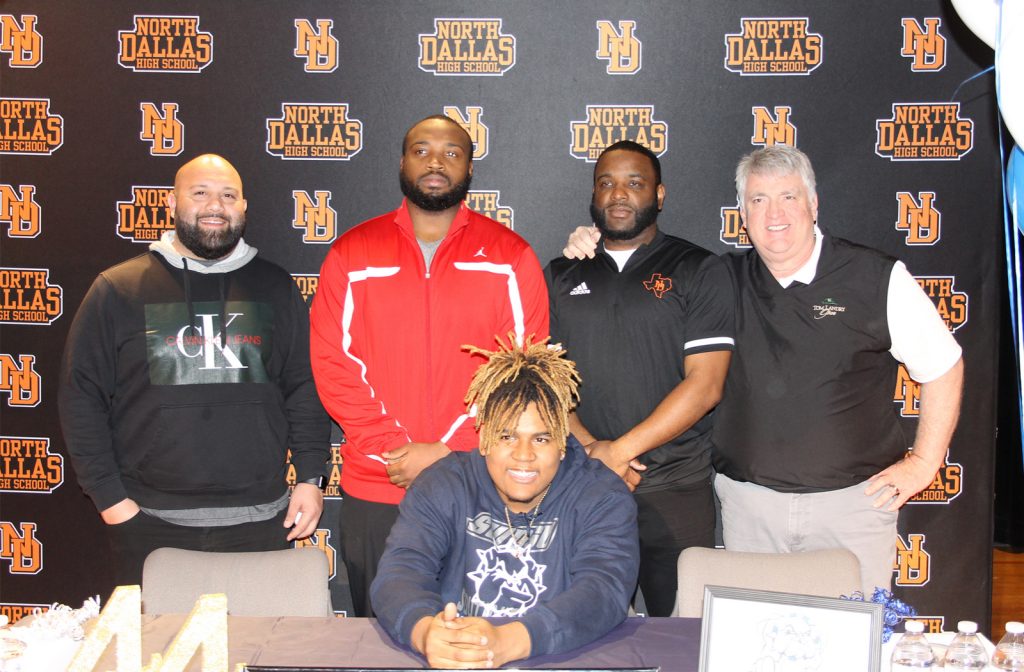 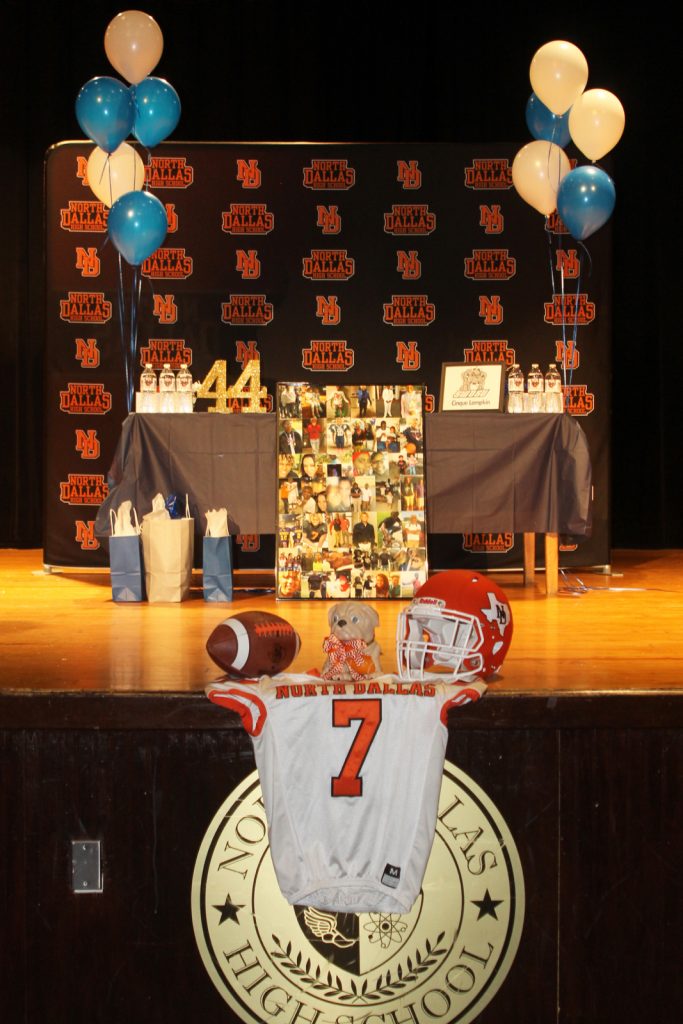 The stage was set for Cinqué Lampkin in the North Dallas auditorium.