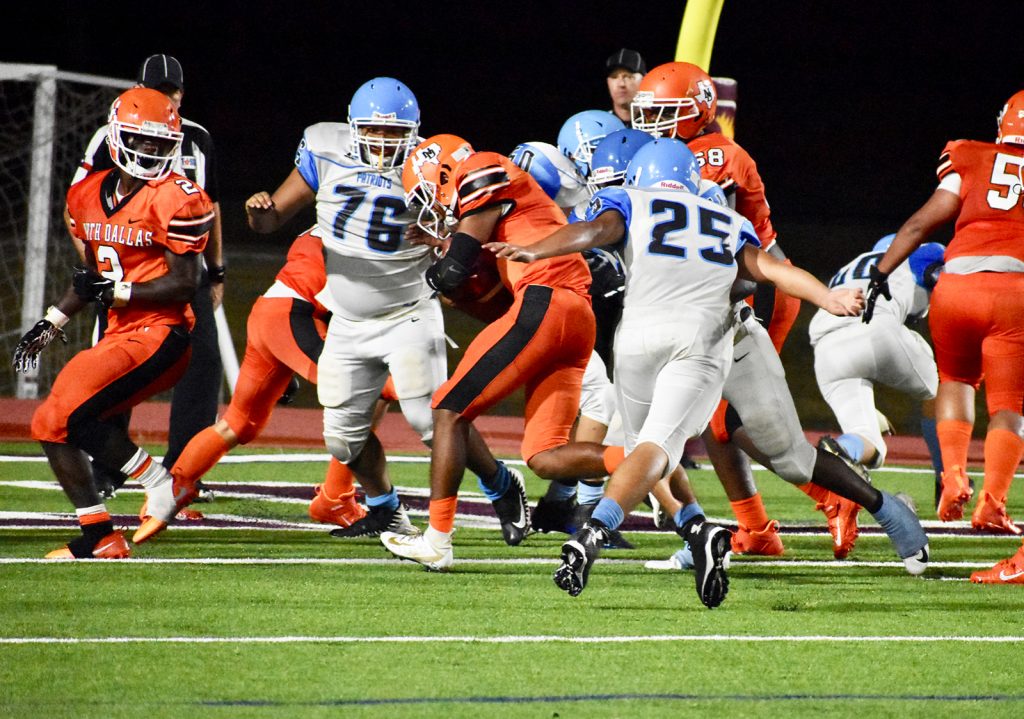 Alex Flores looks for an opening into the end zone as he scores against TJ.

[Editor’s note: With the sports teams on hold, we’re re-running some of the biggest sports stories this year.]

In their first start for North Dallas, quarterback Alex Flores ran for three touchdowns and threw for another and running back Tre Shaw ran for 244 yards and scored two touchdowns as the Bulldogs routed Thomas Jefferson, 42-21, Friday night at Loos Complex.

This was also the first win for new head coach Bobby Estes, who said the Bulldogs’ performance needs to improve.

Estes said he needed to look at the films before noting the positive aspects of the team’s performance.

Defensive coordinator Carlos Perez said, “We still have a lot of work to do. A ton of work. It was good to get a win but in order to beat the really good teams that we want to beat, we have to continue to get better and fix our mistakes. We’ll get back to work as fast as we can, we’ll get back to the basics.”

The Patriots scored first on a North Dallas safety. The Bulldogs took the lead on Tre’s 12-yard touchdown run around left end but TJ returned the fumbled snap on the extra point for 2 points, and ND led 6-4.

After TJ regained the lead at 7-6 on a field goal, the Bulldogs came back when Alex connected to Chandler Deveaux in the right flat. Chandler escaped one tackle and then reversed himself, going back across the field and into the end zone to complete a 29-yard touchdown pass. Tre scored the 2-point conversion with about 1:30 left in the first half for a 14-7 ND lead.

TJ quickly scored on a yard run to tie the score at halftime 14-14. 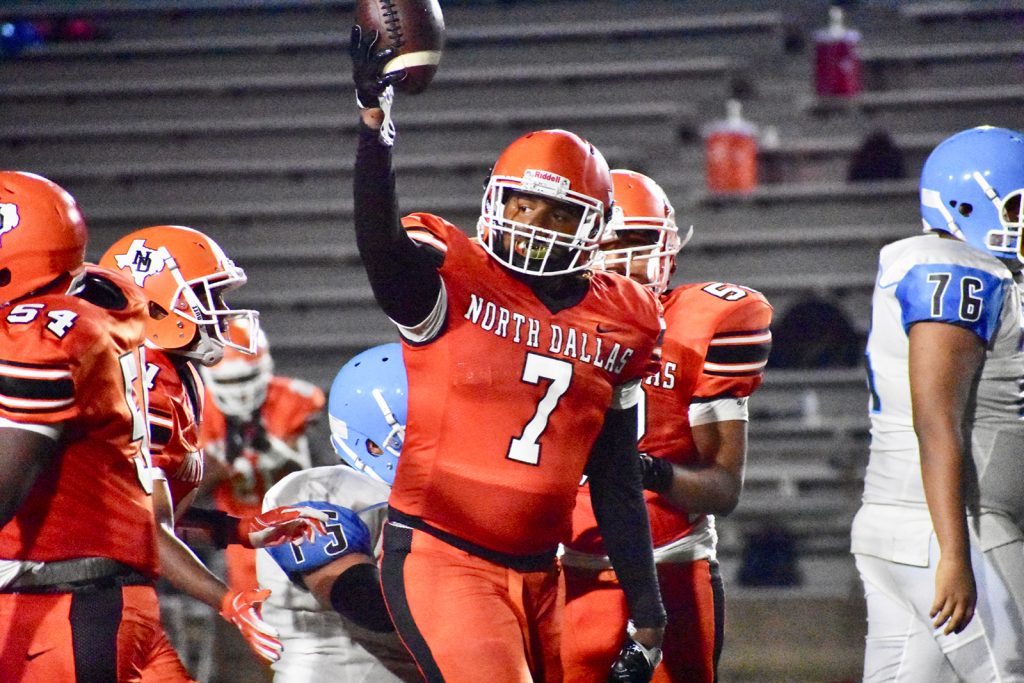 Cinque Lampkin comes up the fumble recovery against TJ. 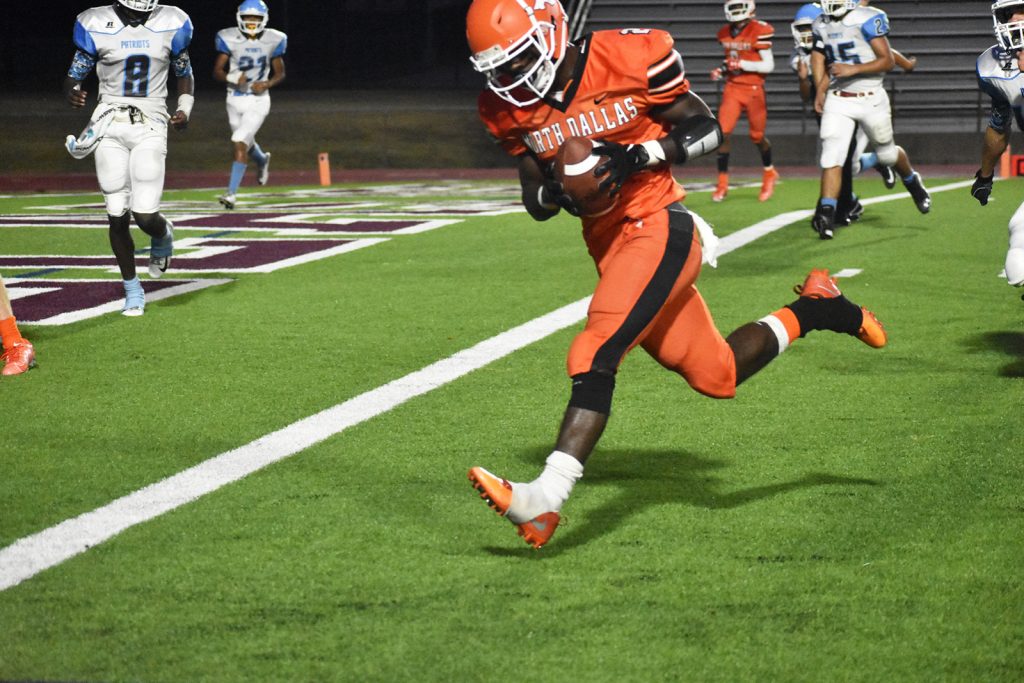 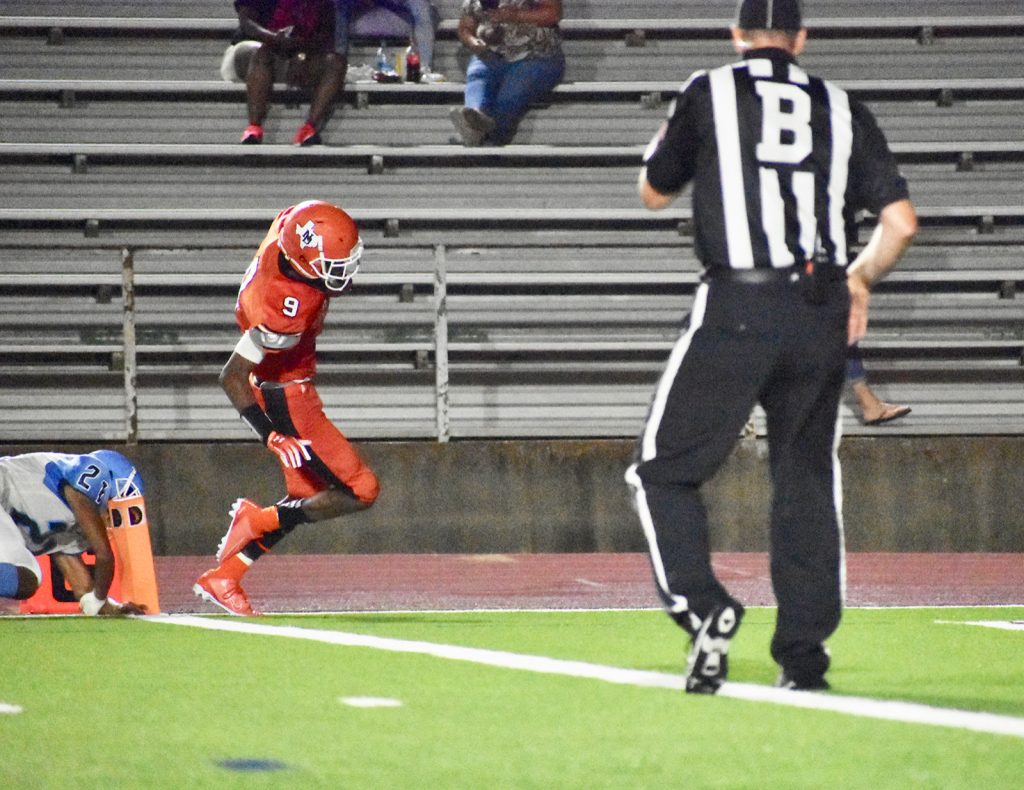 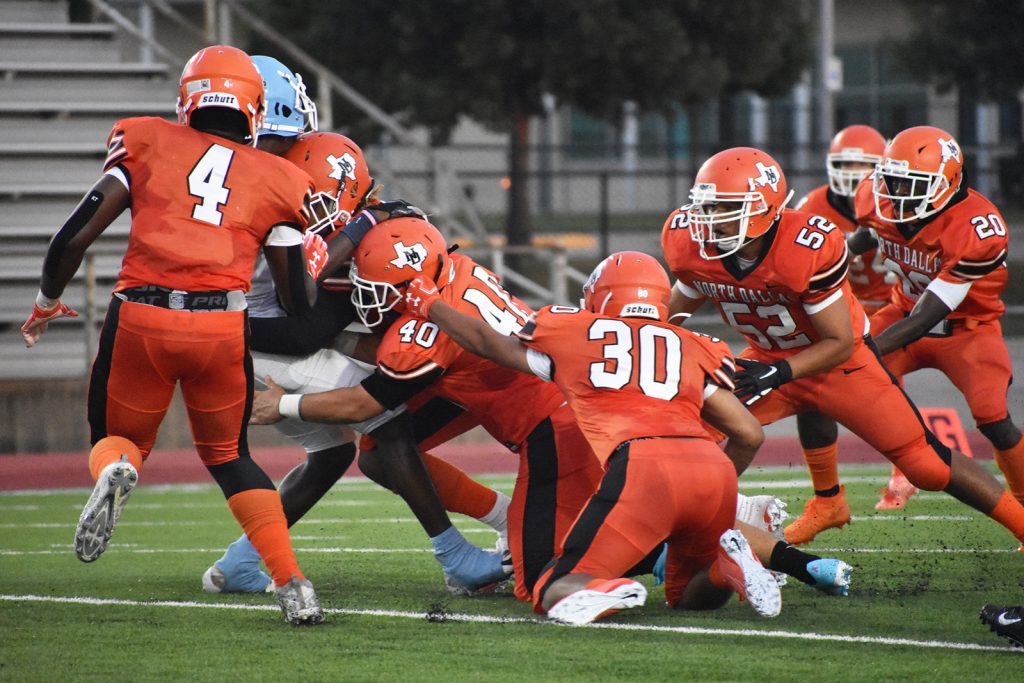 The Bulldogs defense converges on the TJ ball carrier. 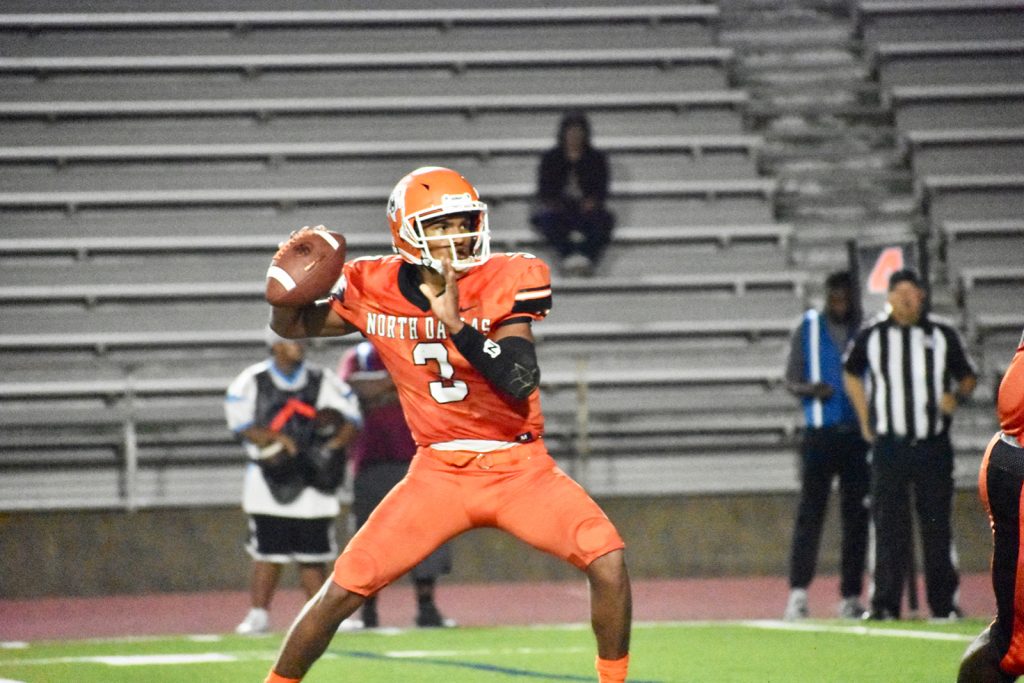 Alex Flores looks to pass. He completed 13 of 28 for 155 yards and rushed for three scores. 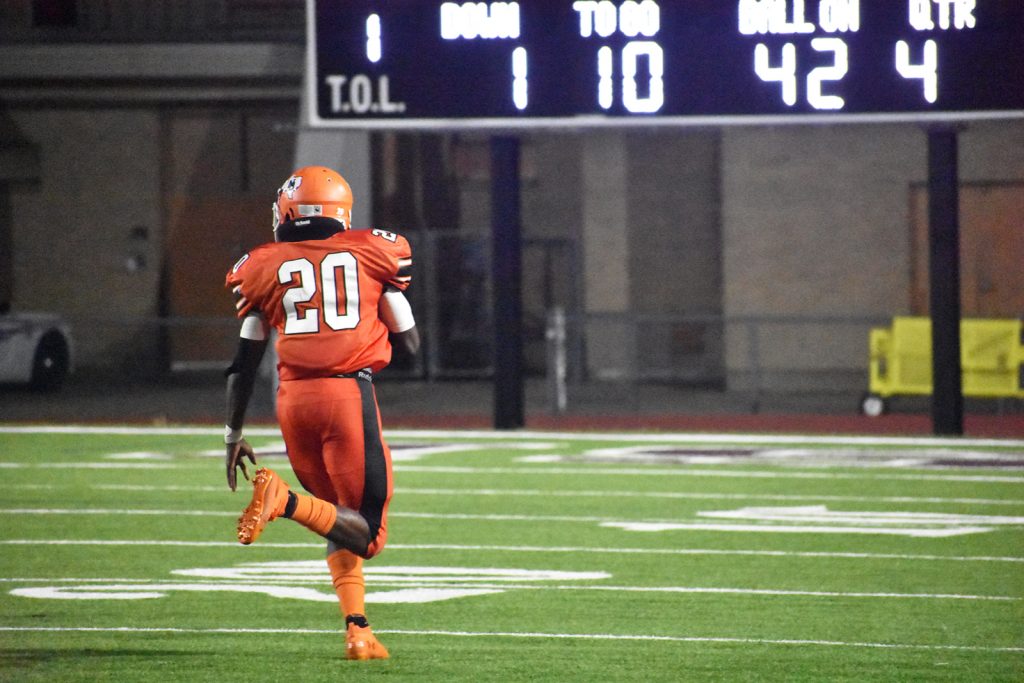 Terrell Carter takes off for a long run against TJ.