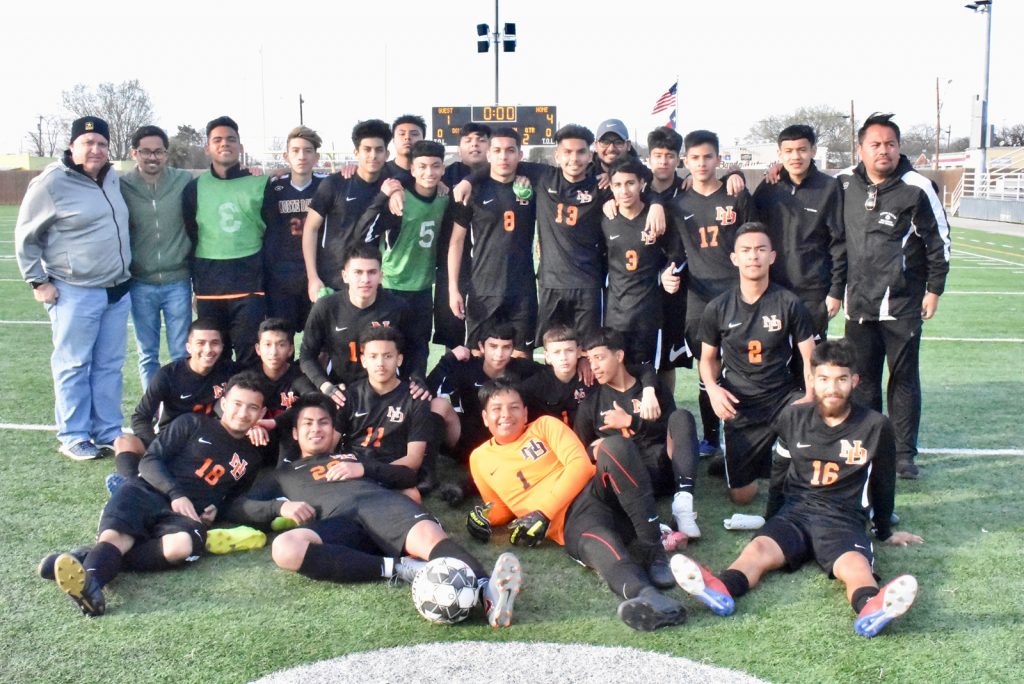 The Bulldogs went 8-3-1 in District 11-4A and finished in second place. 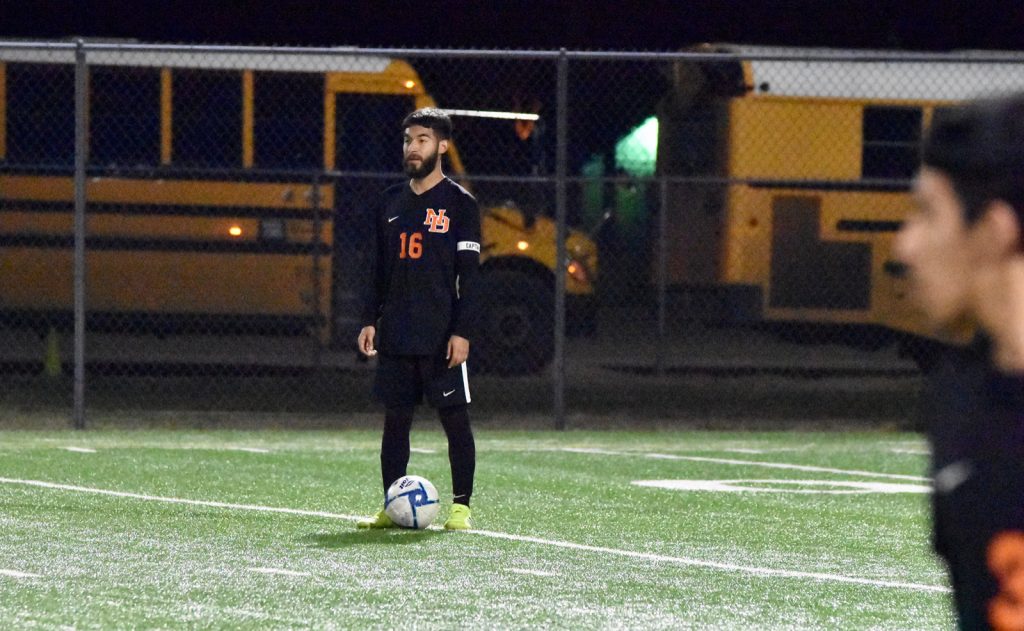 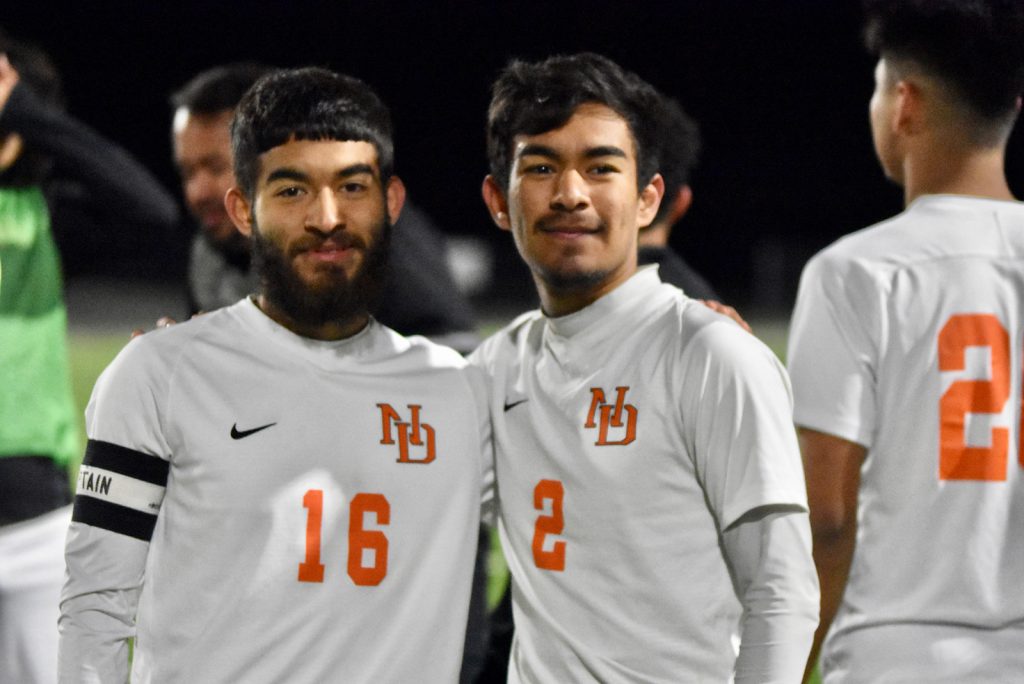 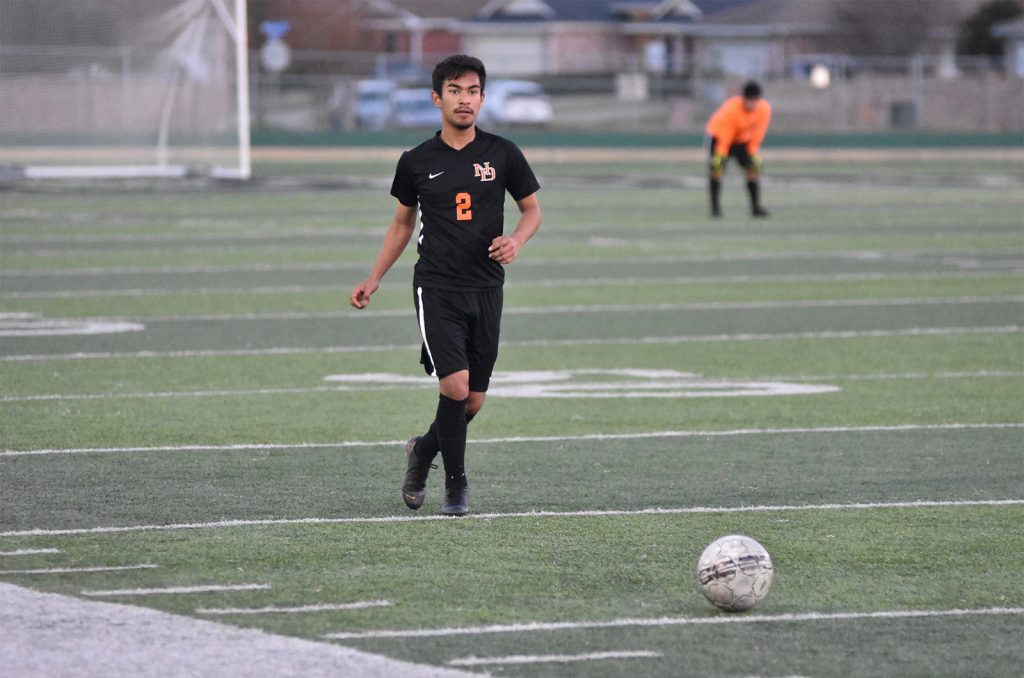 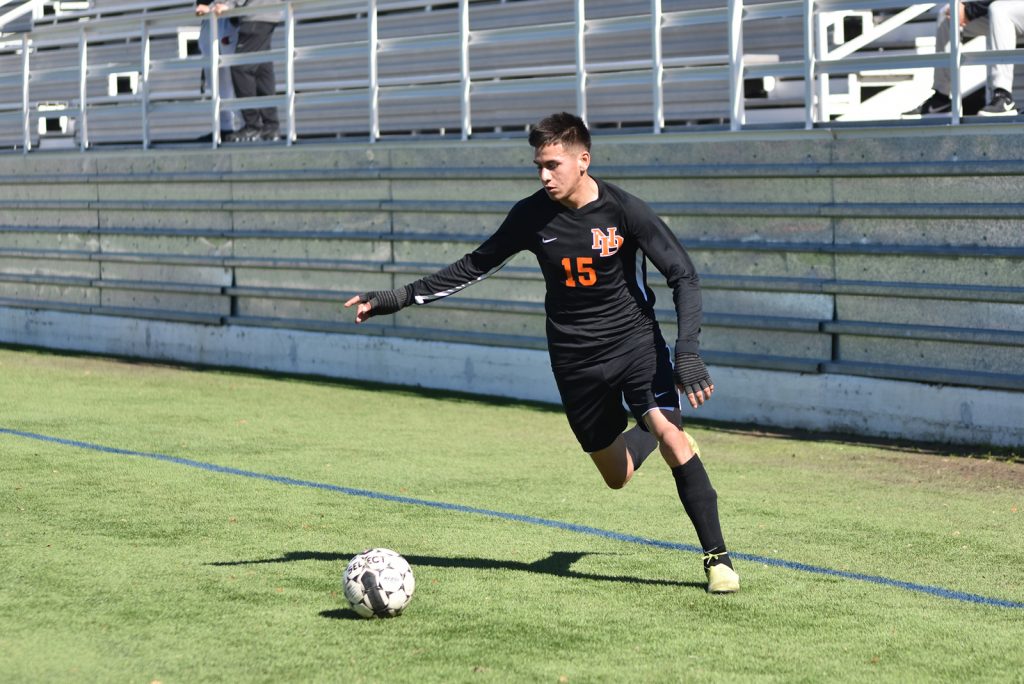 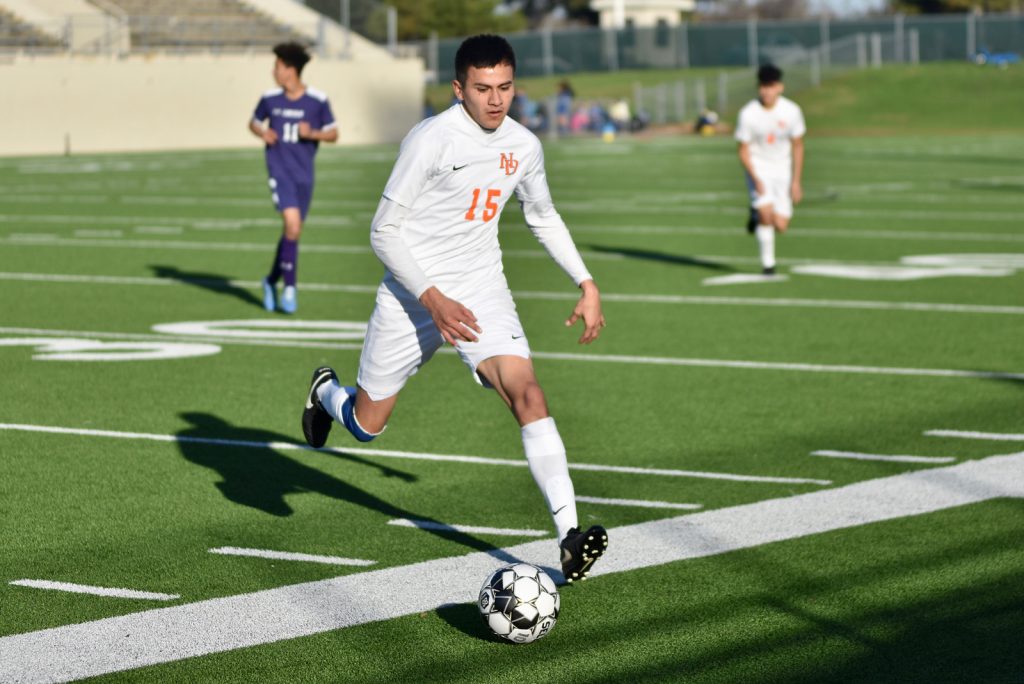 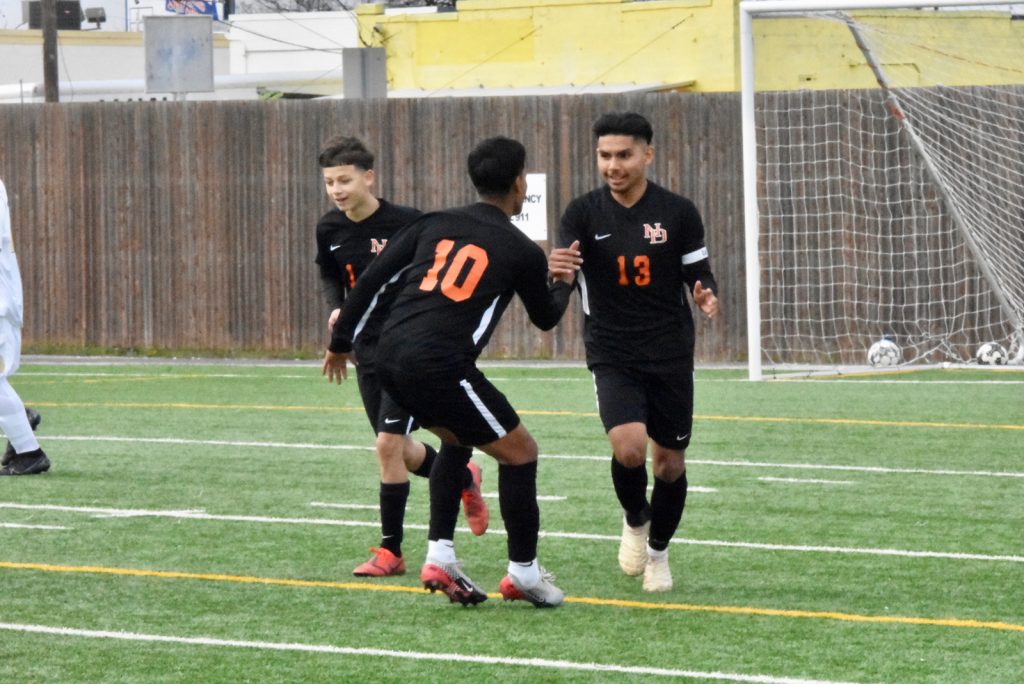 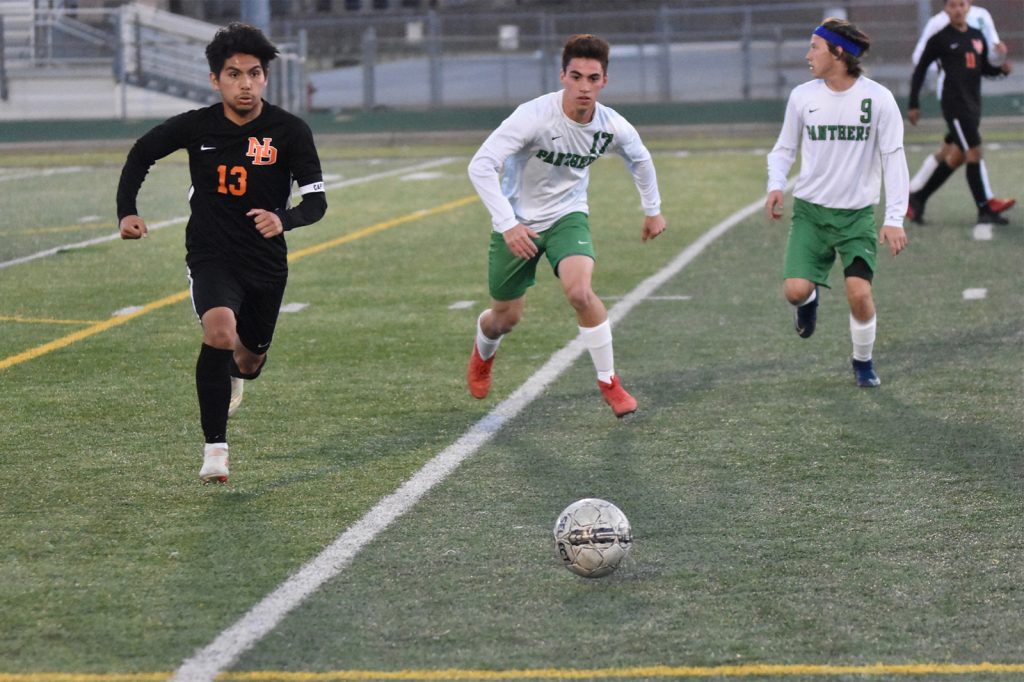 North Dallas senior Kevin Zuniga was named Defensive Co-MVP by the District 11-4A coaches, North Dallas Coach Jose Aguirre said Tuesday.
The Bulldogs, who finished 8-3-1 and in second place with two games to play, placed three players — seniors José Cervantes and Daniel Galindez and freshman Olvin Reyes — on the first team All-District.
Making the second team All-District were senior Erick Serrano, junior Bryan Coello, and freshman Ángel Rios. Earning Honorable Mention were freshmen Jorge Lainez and Ronal Ortiz, and sophomore Alfredo Hernandez.
In his first season, Coach Aguirre was pleased with the Bulldogs’ season, which ended March 13 when the DISD stopped all games because of the coronavirus pandemic. North Dallas finished the season at 12-5-7 overall.
“Wow! I’m just so thankful to have coach them. They were great players and nice young men,” Coach Aguirre said in an email. “They all showed us with examples of what it takes to be a great soccer player and a person. I have nothing but respect for them. They protected their new teammates with a lot of heart.
“I feel happy for the results and the team we created in a short time. They adapted to our philosophy quickly.”
Looking back at the season, Coach Aguirre listed his top three highlights:
No. 1: The first game of our season when we tied with Skyline 0-0.
“We knew we were going to be a strong team after our first game,” Coach Aguirre said. “Everyone knew they were in a great team with a lot of potential and that the new ND team was on it’s way to achieve great things.”
No. 2: When we played both Palestine and Hillcrest, both rank 1st at that moment.
“It showed us that we are really close to being a top-rank team and what we need to work on to be that team in the near future,” Coach Aguirre said.
No. 3: All of our practices. “We sure enjoy every single one of them,” he said.
Coach Aguirre will have most of his players back next season.
“I would like to say that we have to work hard and prepare better and that we’re going to need leaders just like this class of 2020,” he said.
Anything else?

“I want to thank God first, my family and everyone that supported us,” Coach Aguirre said. 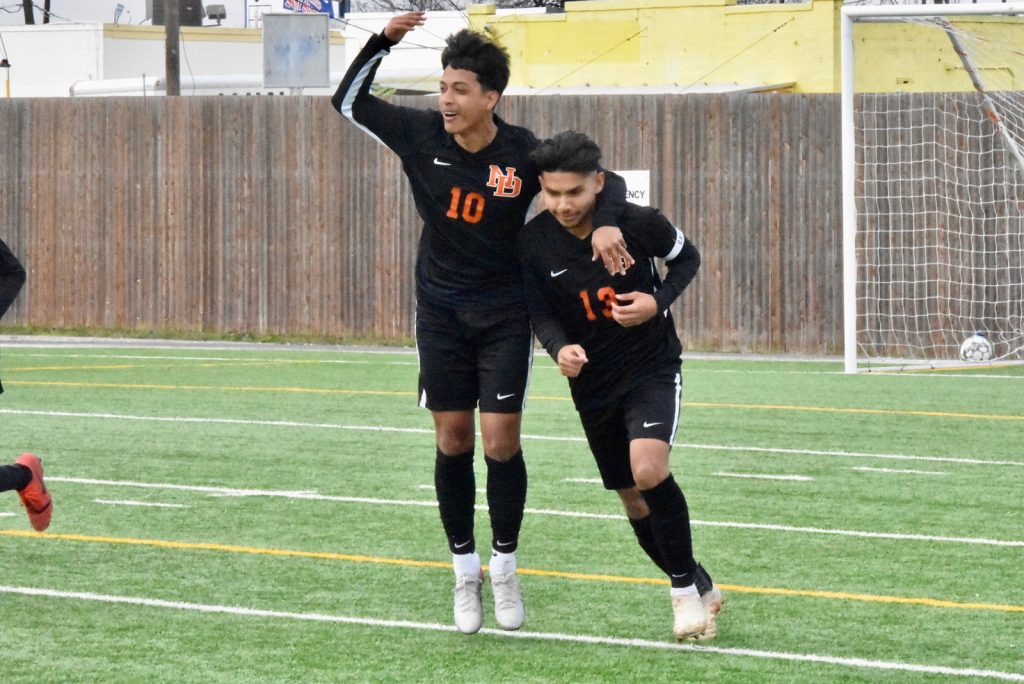 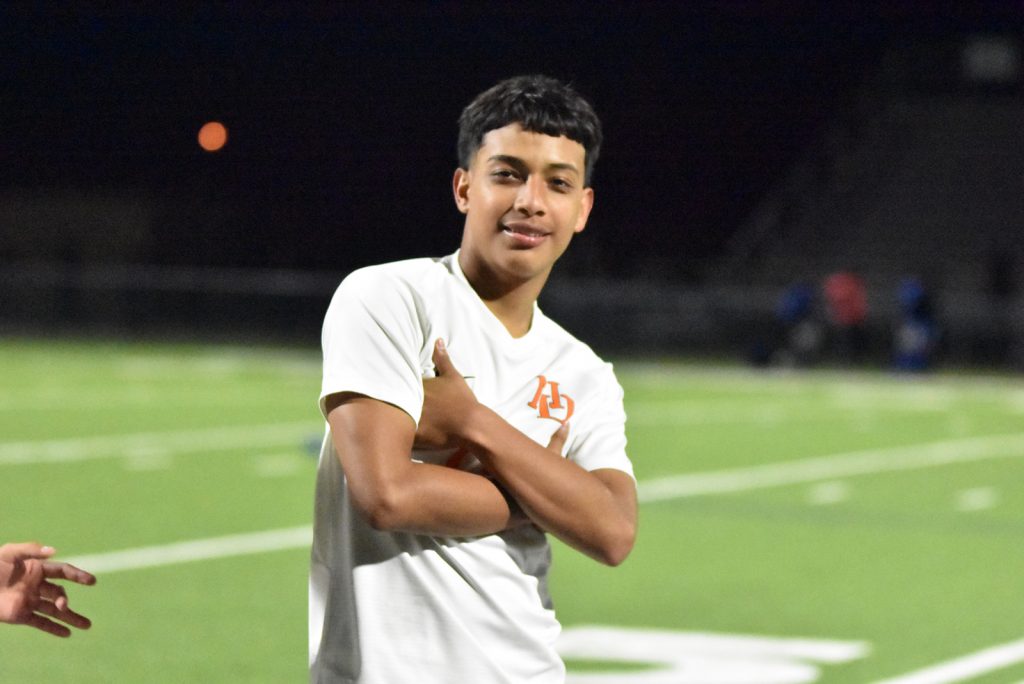 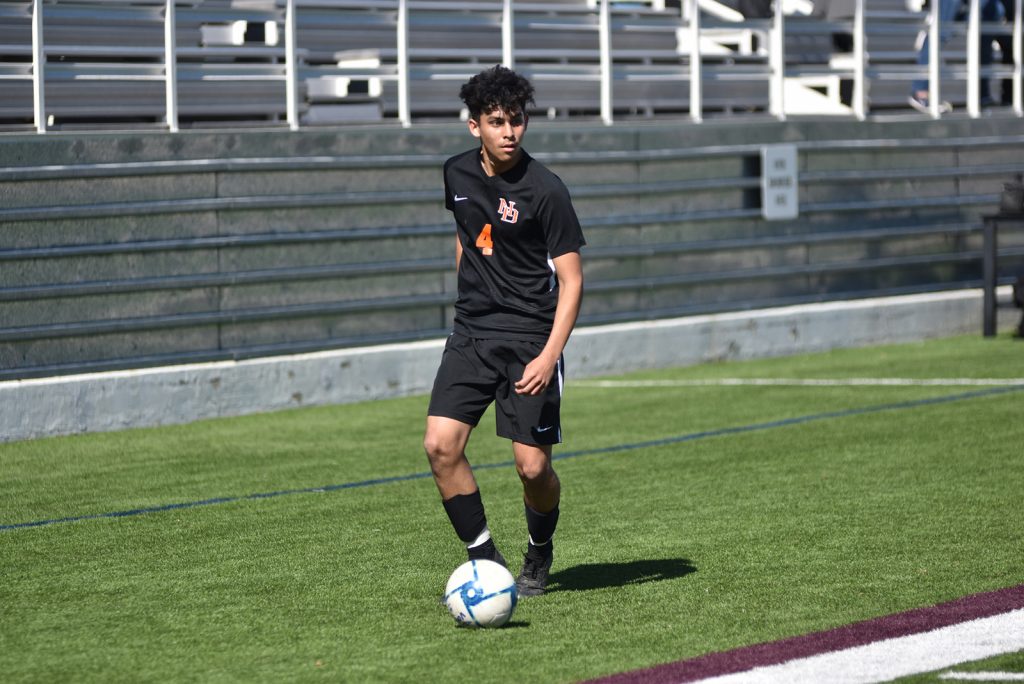 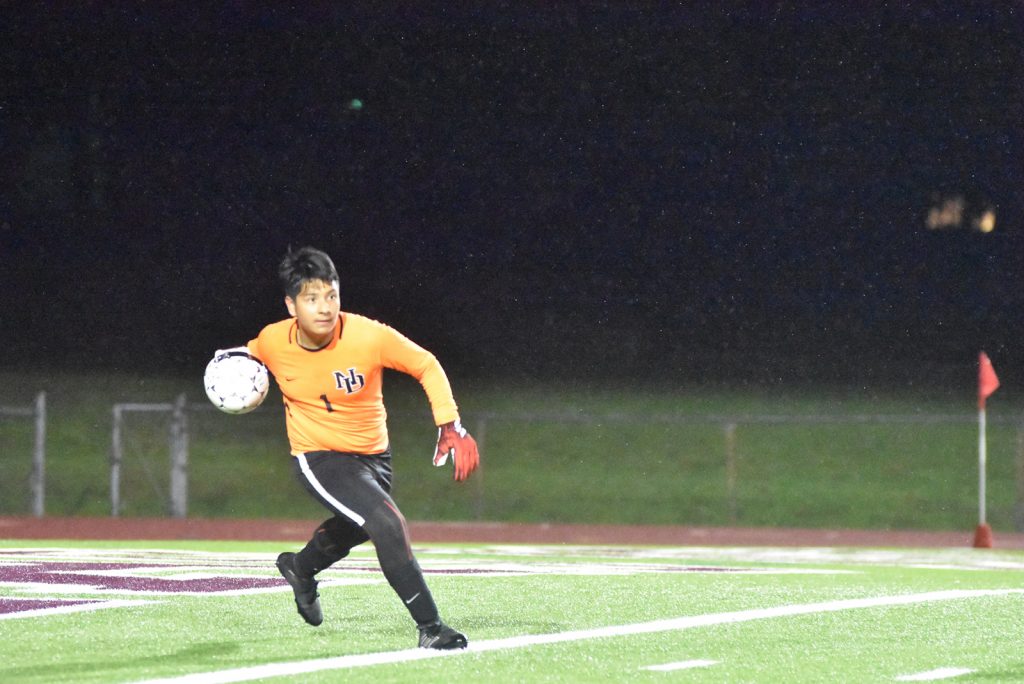 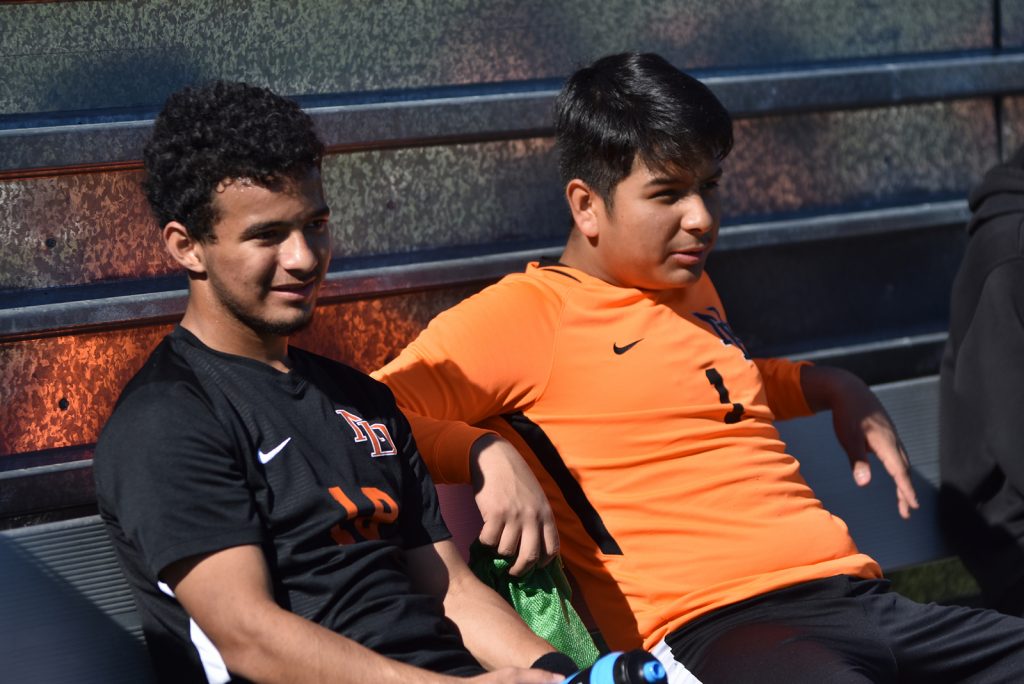 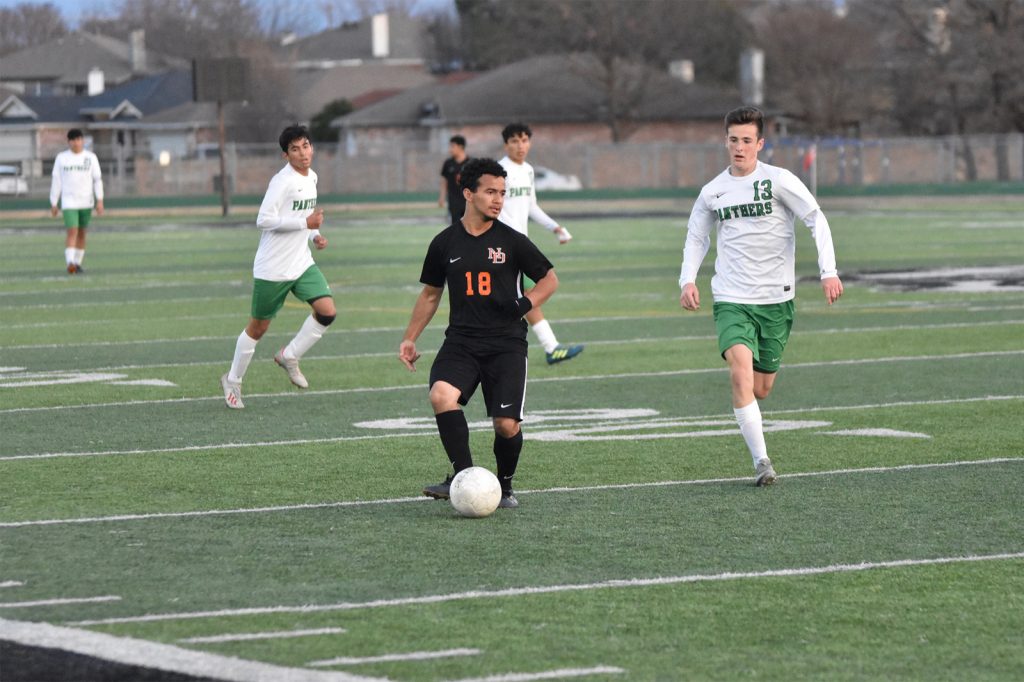 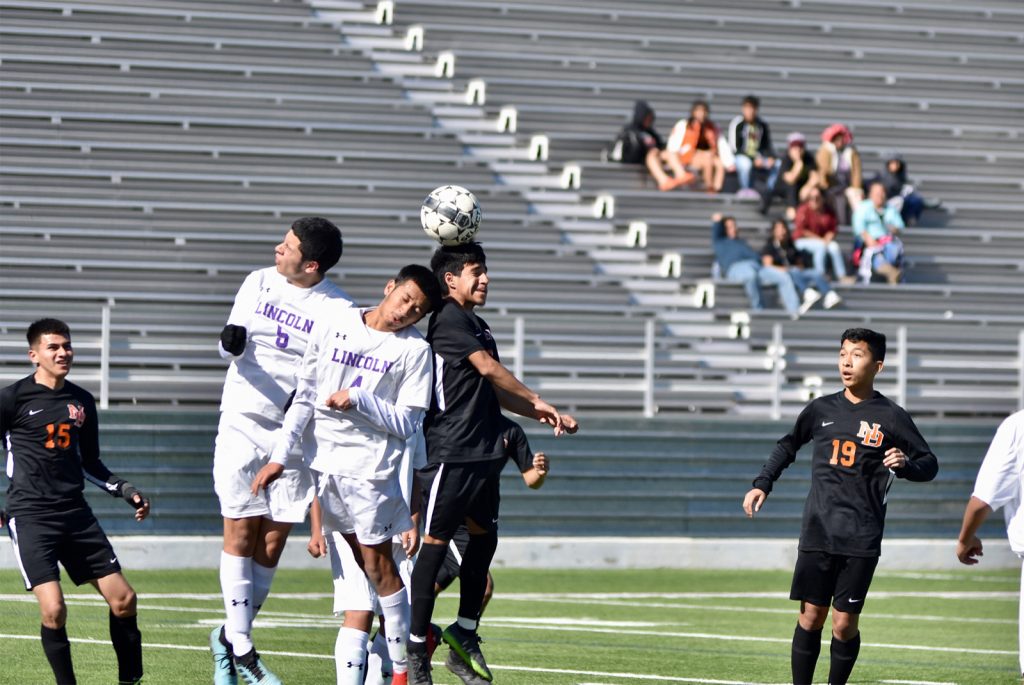 Alfredo Hernandez goes up for a header against Lincoln. 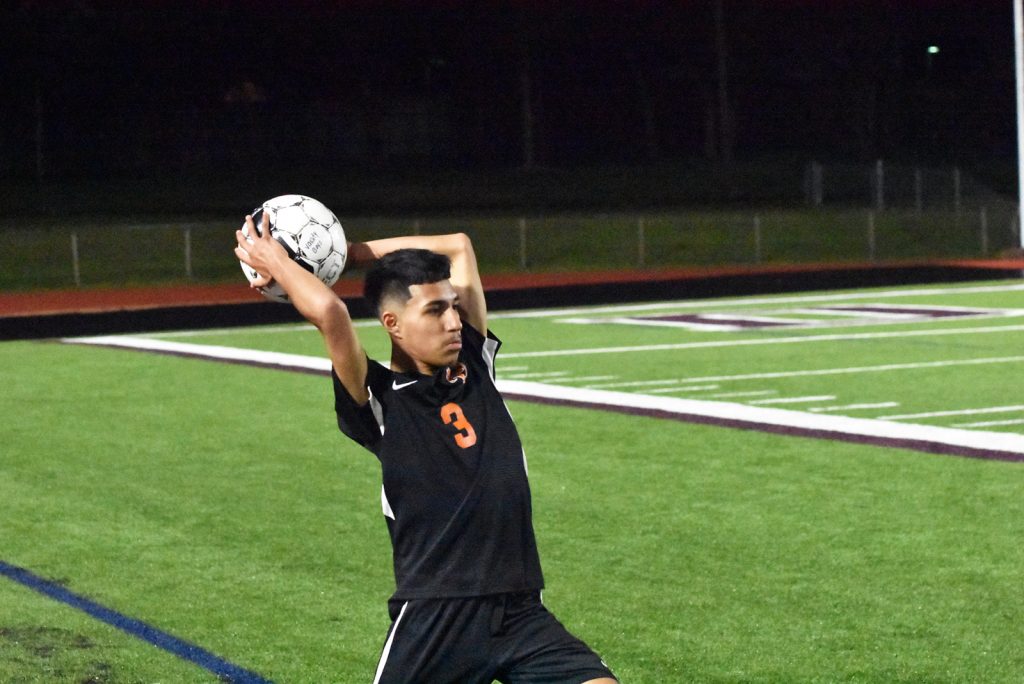 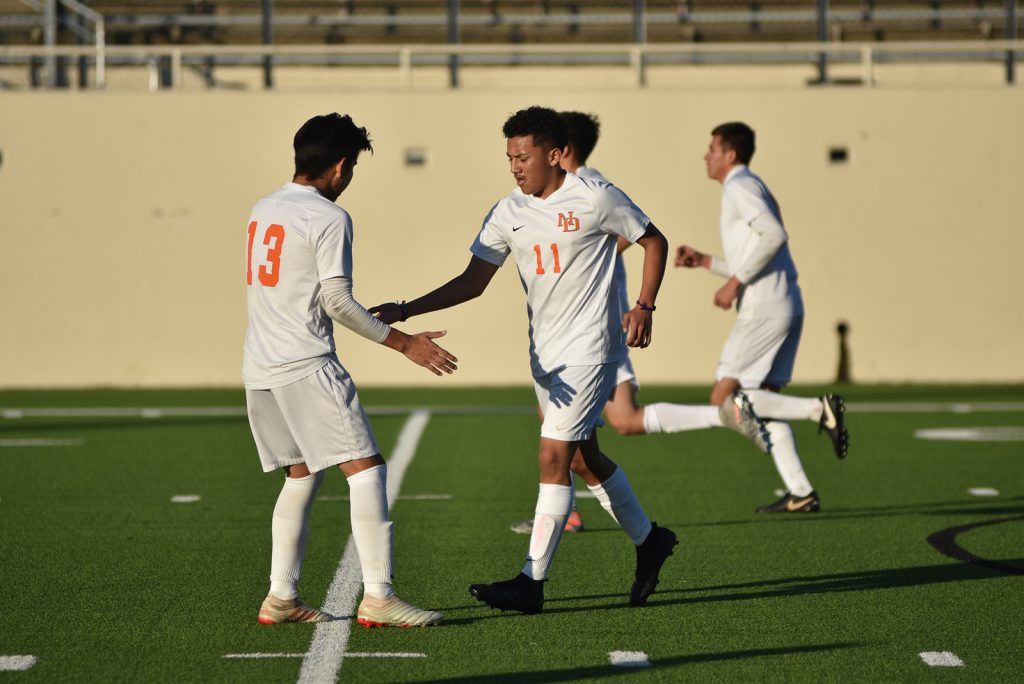 Ronal Ortiz (11) receives congratulations after scoring against Lincoln in a tournament game. 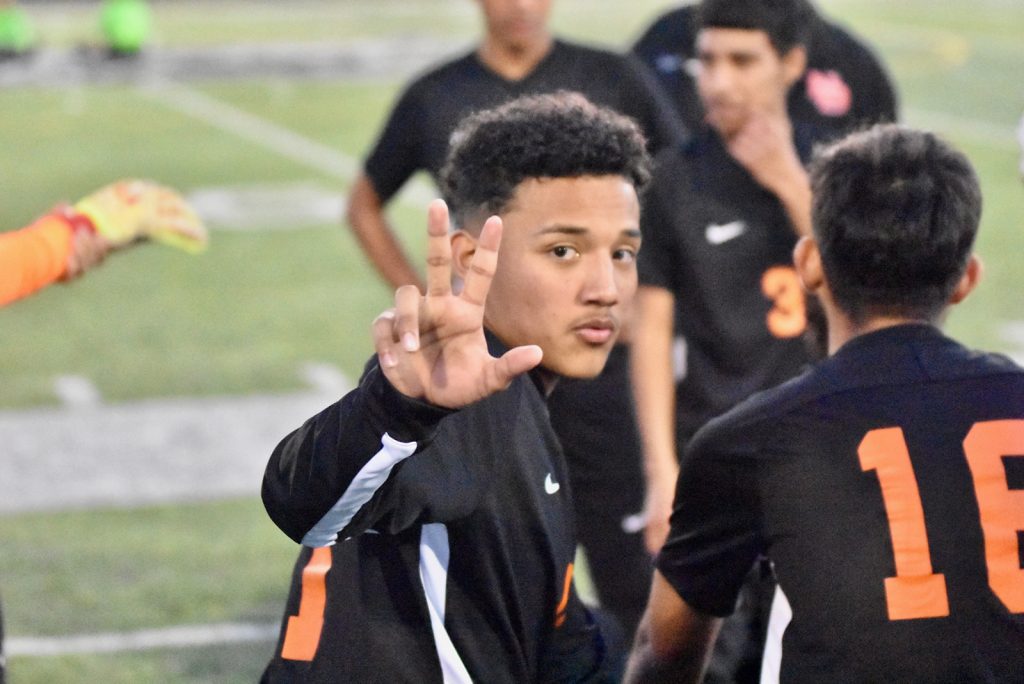 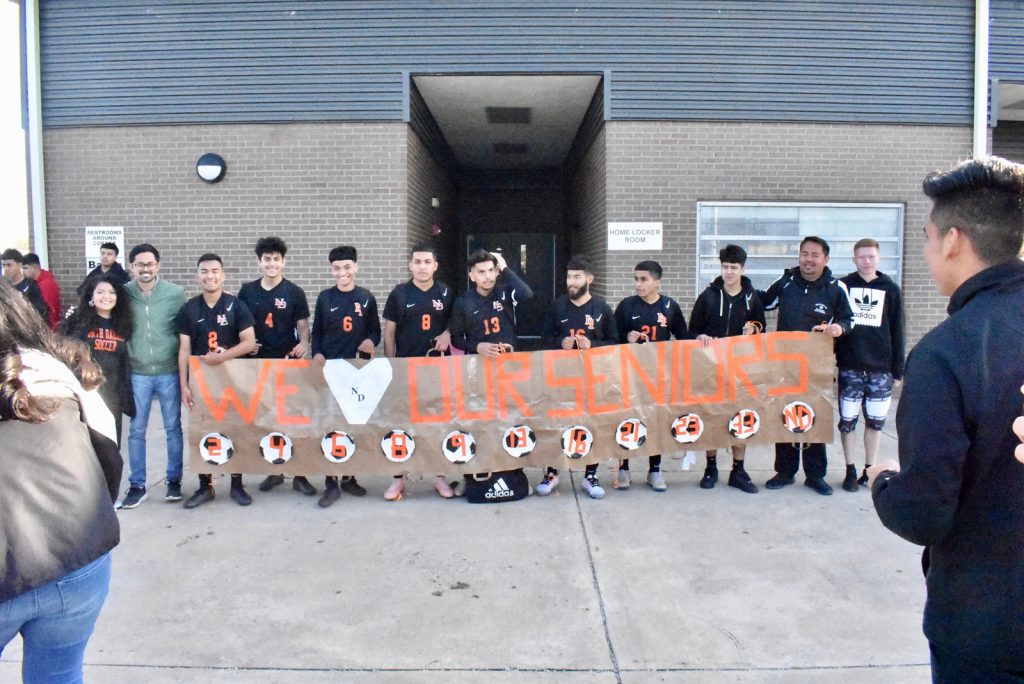