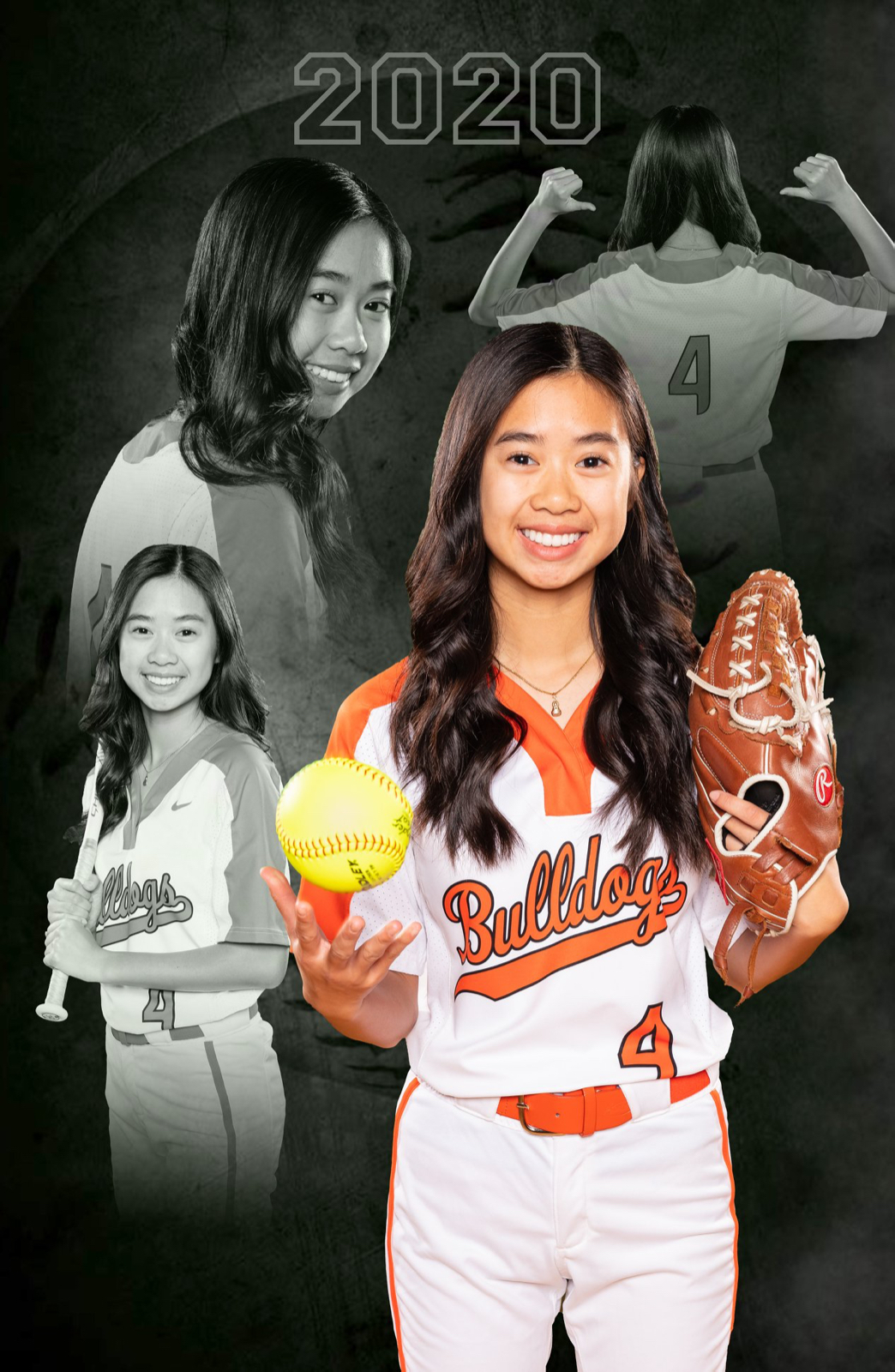 Tina Nguyen was one of three seniors on the North Dallas softball team. Her hopes of winning a district title were wiped out by the coronavirus pandemic.
But Tina, a starting pitcher, accomplished something bigger, earning a spot on the First Team Academic All-State Team from the Texas High School Coaches Association.
“Although our season got cut short this year, personally I believe this was my best season,” Tina said recently in an email.
On the field, one of Tina’s proudest moments was hitting an inside-the-park home run in a 16-9 win over Samuel in the season opener.
“I never believed I had the ability to hit a home run,” she said. “My goal was always to get on base. However, when I did hit one during our first preseason game I was shocked, but more than that, I was extremely proud of myself and how far I’ve come along in the game.
“And regarding my pitching, I did have my ups and down throughout the season, but I was really able to demonstrate my abilities when we played in the Waxahachie tournament.”
Tina was also very proud of the Lady Bulldogs’ performance in this short season.
“I couldn’t be any prouder. We’ve had our struggles in previous years playing with teams outside of Dallas, but this year we put up an incredible fight,” she said. “The team’s hard work, persistence, and teamwork was shown in every game and I can say without a doubt, the district champions title would’ve been ours for the taking.”
When asked if she had any regrets about this season, Tina recalled several pitches that she didn’t swing at, or not sliding into base at other times.
“When re-watching our game footage, I regret not swinging at certain pitches and not sliding at certain times, but I’ve come to accept the events that had occurred,” she said. “I will definitely miss my coaches and the girls. Like every family, we’ve had our ups and downs, but without them, playing the game wouldn’t be the same.”
Tina said she plans to attend the University of Texas at Arlington and major in Kinesiology. 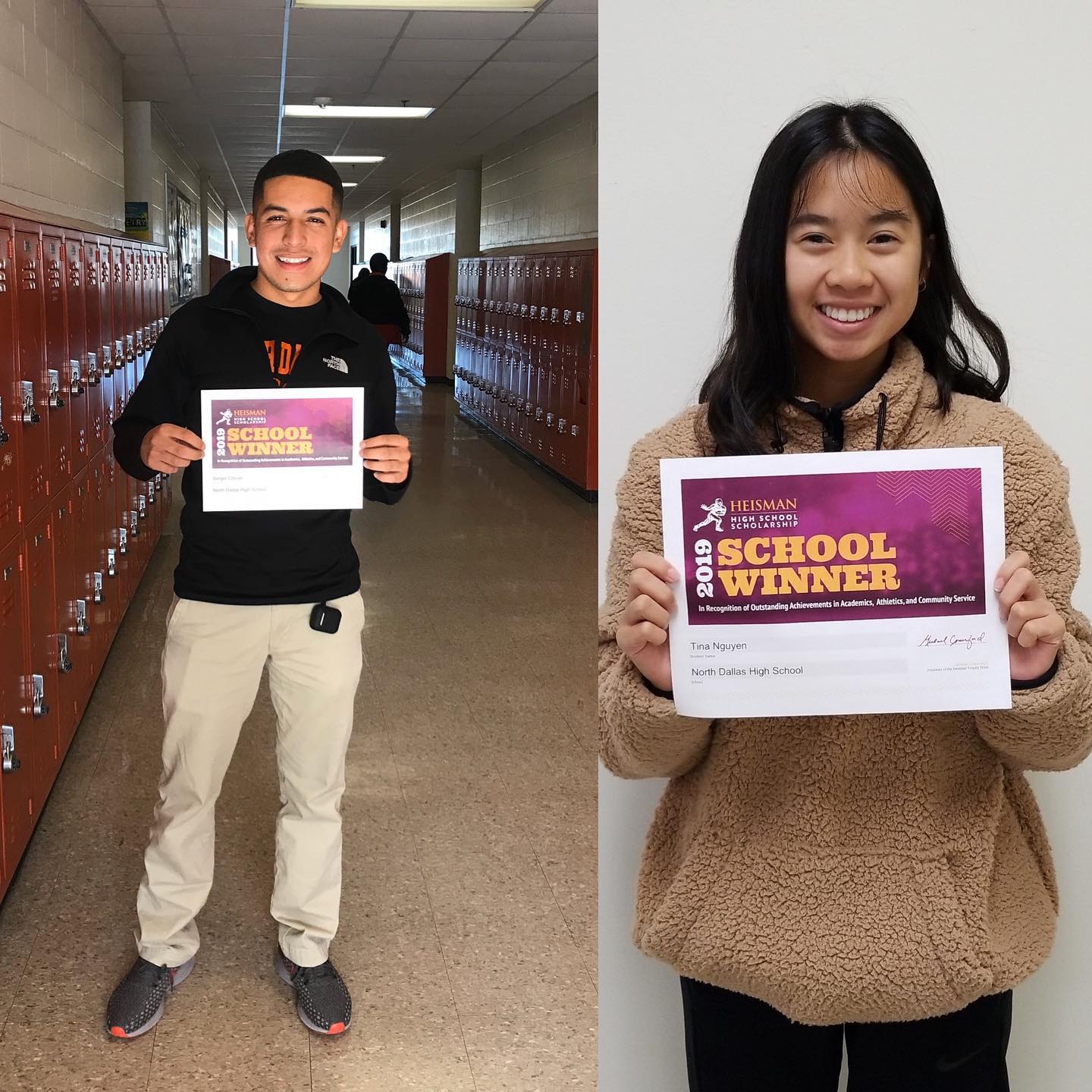 Seniors Sergio Cibrian and Tina Nguyen were semifinalists for the Heisman all student athlete award. 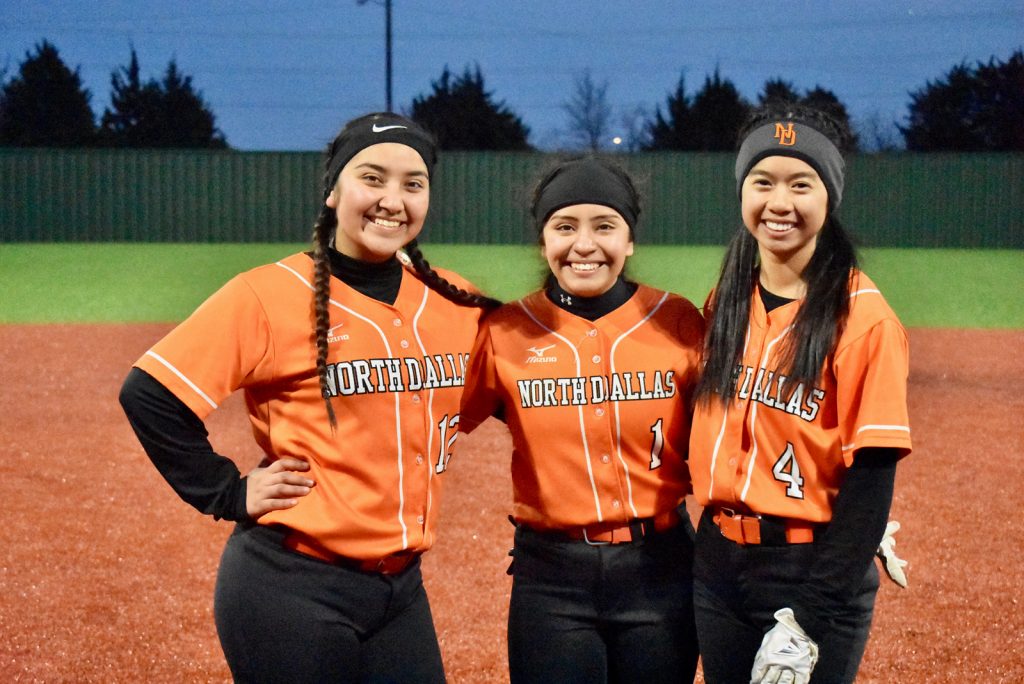 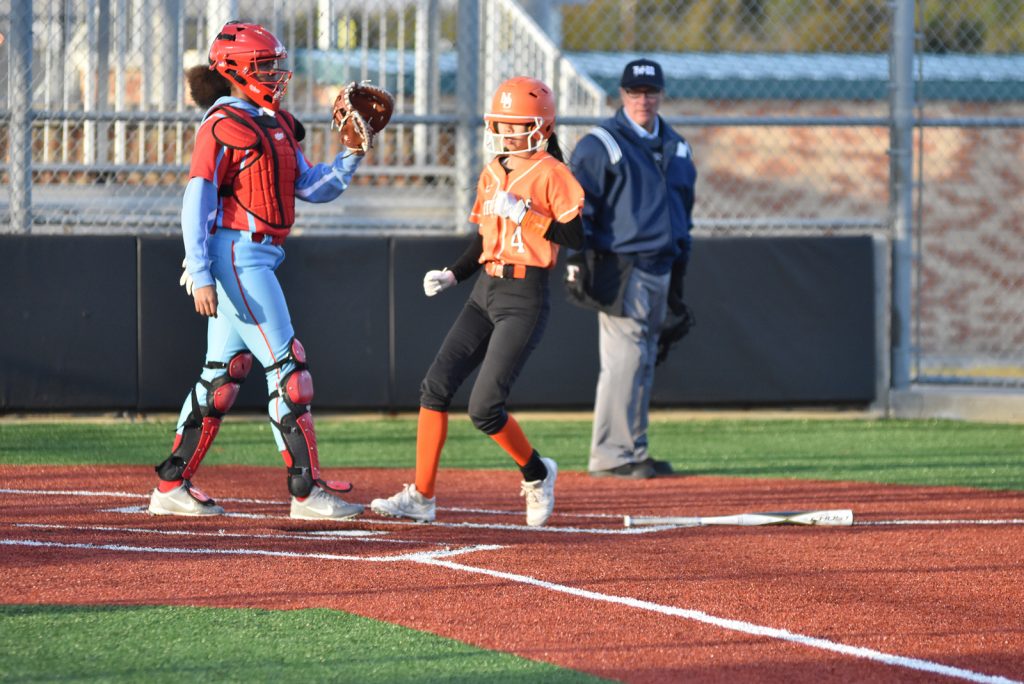 Tina Nguyen scores for the Lady Bulldogs against Carter. 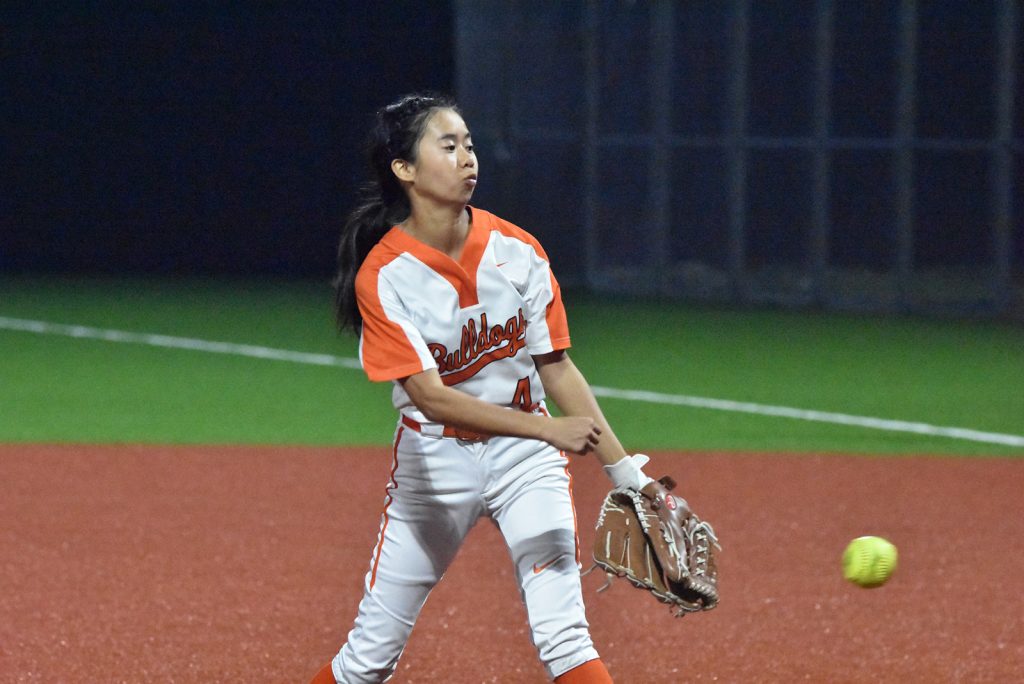 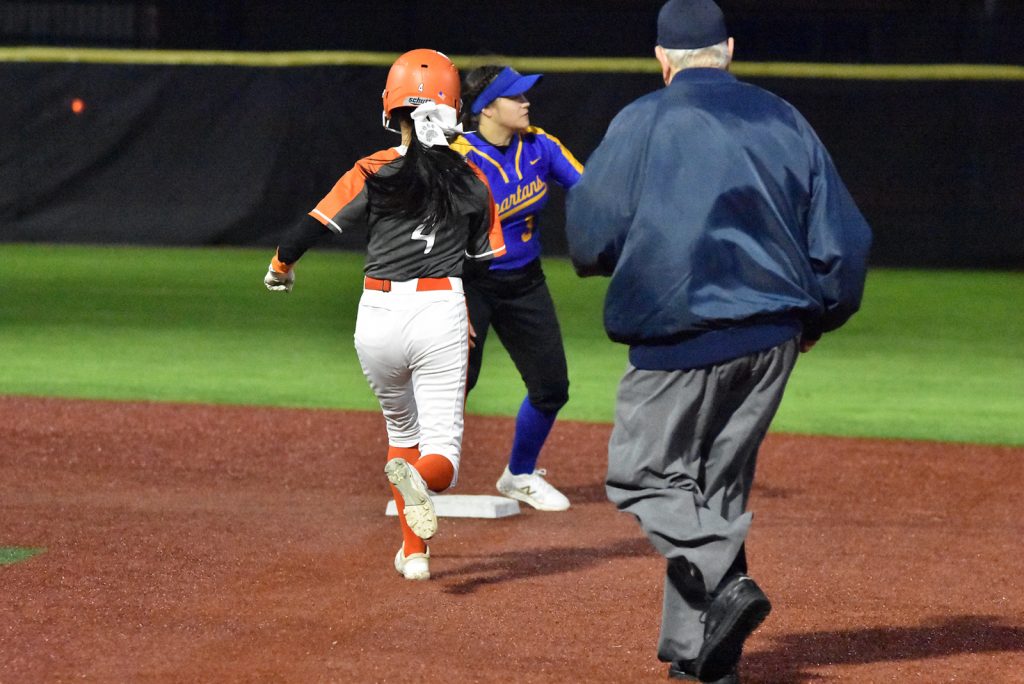 Tina Nguyen heads toward second base during an earlier game against Samuell. 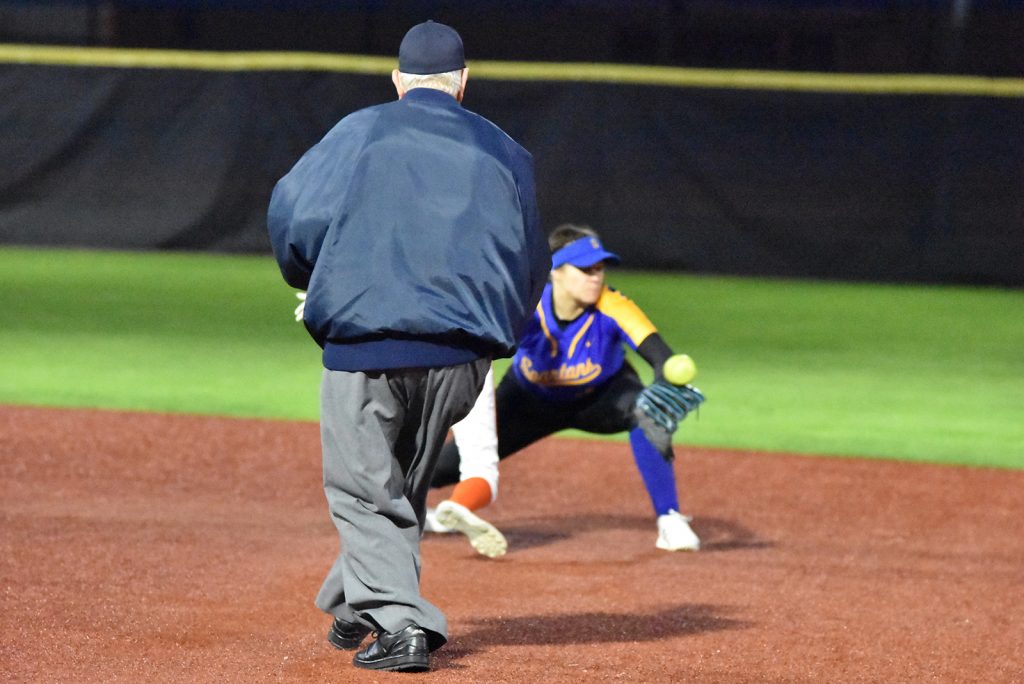 The ball seems to get away from the Samuell second baseman. 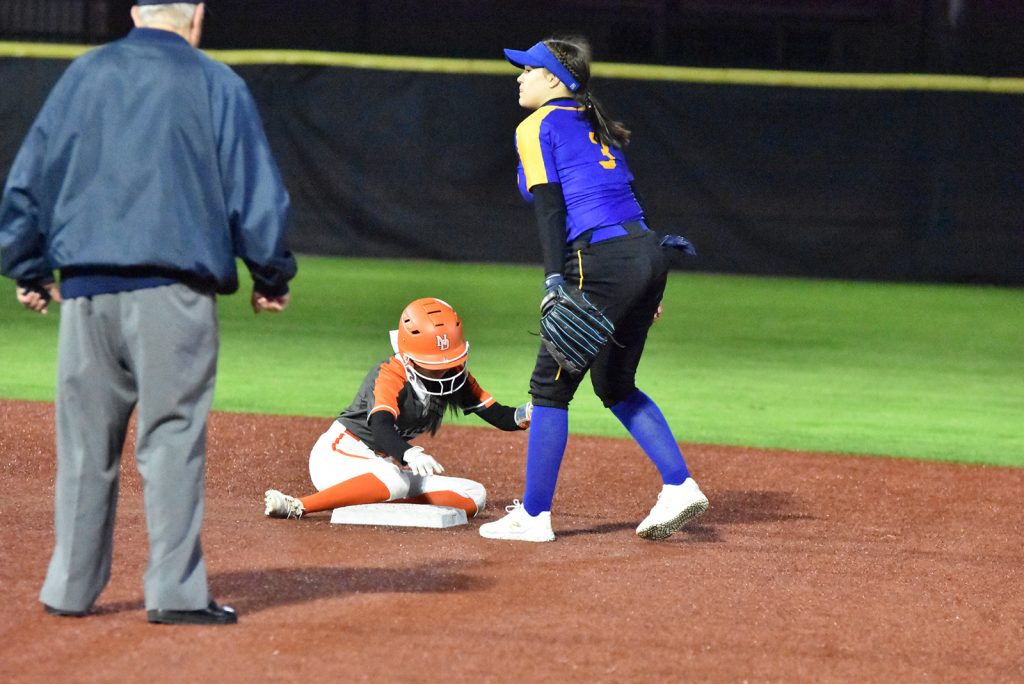 And Tina slides safely at second base.