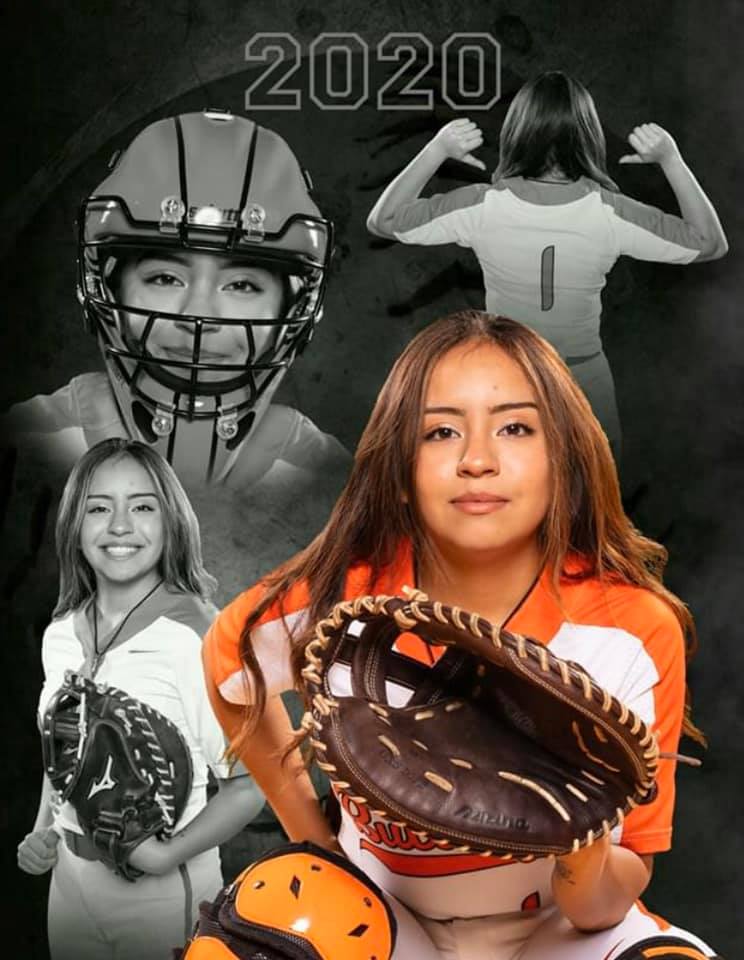 As a freshman, Yomara Gutierrez replaced an injured player at second base and remained in the North Dallas starting lineup the rest of the 2017 season.

As a sophomore, she split time with softball and soccer, but came back to softball for her junior year.

“After that, I decided that softball had my heart, as well as the team, and I quit soccer,” Yomara said in a text message. “My softball career was an opportunity to grow my athleticism, mentality, and mature. It’s not like other sports, I learned to have all of my sisters’ back, and coaches also.”

And what a junior season she had, batting .400 with 12 hits in 30 at-bats, driving in 13 runs and walking 31 times. She had a fielding percentage of .806 behind the plate, and was named Catcher of the Year on the All-District 12-4A softball team.

For her senior season, Yomara split time between catcher and shortstop. She had a season batting average of .294 and had a fielding percentage of .959 when the season ended March 13 because of the coronavirus pandemic.

“What I enjoyed more about softball was that I had another family I could count on, no matter the situation,” Yomara said, “especially my junior year where I became an upper classmate and I had the chance to help teach with my captains, Mari [Garcia] and Ladaysha [Robinson]. It gave me a chance to look up to them and to become a captain my senior year and be a “mini coach” with Tina [Nguyen]. Sisterhood was everything!

The Lady Bulldogs advanced to the Class 4A UIL playoffs last season, and Yomara believed this season would be even better.

“Last year at bidistrict made me see that we had the potential,” she said. “I never trusted my team more than my senior year. It was us at the top this year.”

Asked about some of her memorable games, Yomara wasn’t able to name her best games. But last year against Hillcrest, she hit an inside-the-park grand slam in a 15-3 win over Carter.

“My time at North Dallas was great,” she said. “I had awesome teachers that I knew i could count on.”

Yomara said she plans to attend the University of Texas at Arlington and study biomedical engineering. 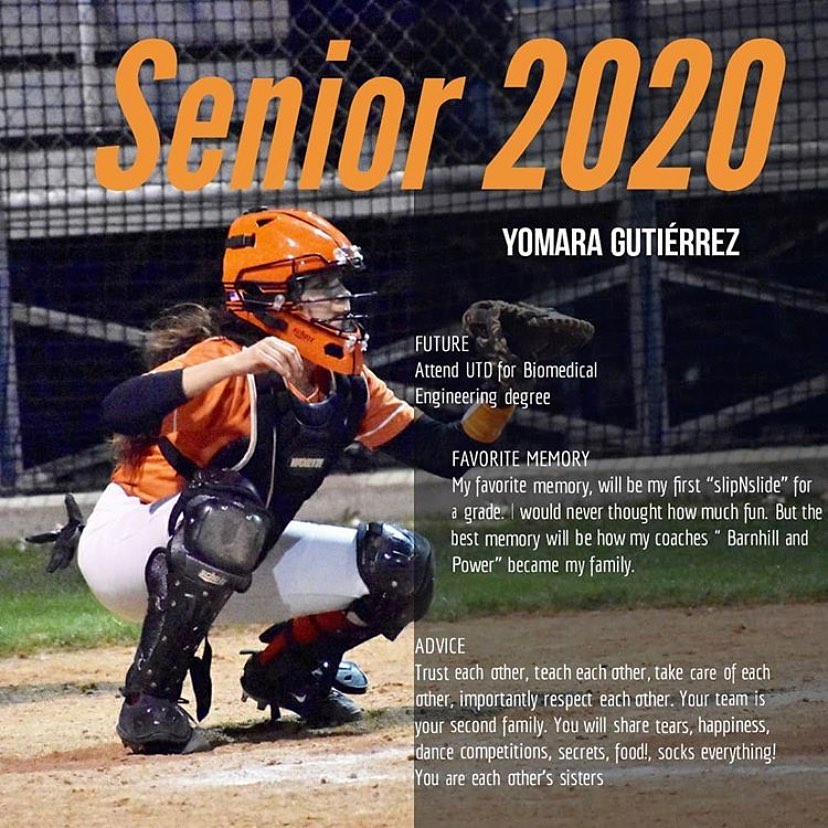 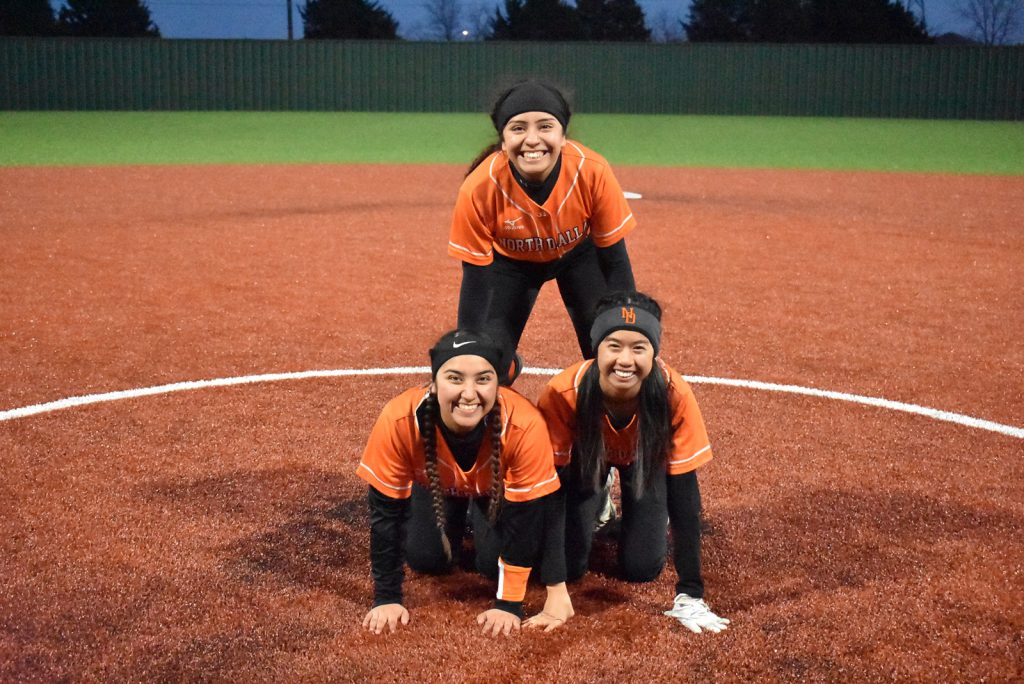 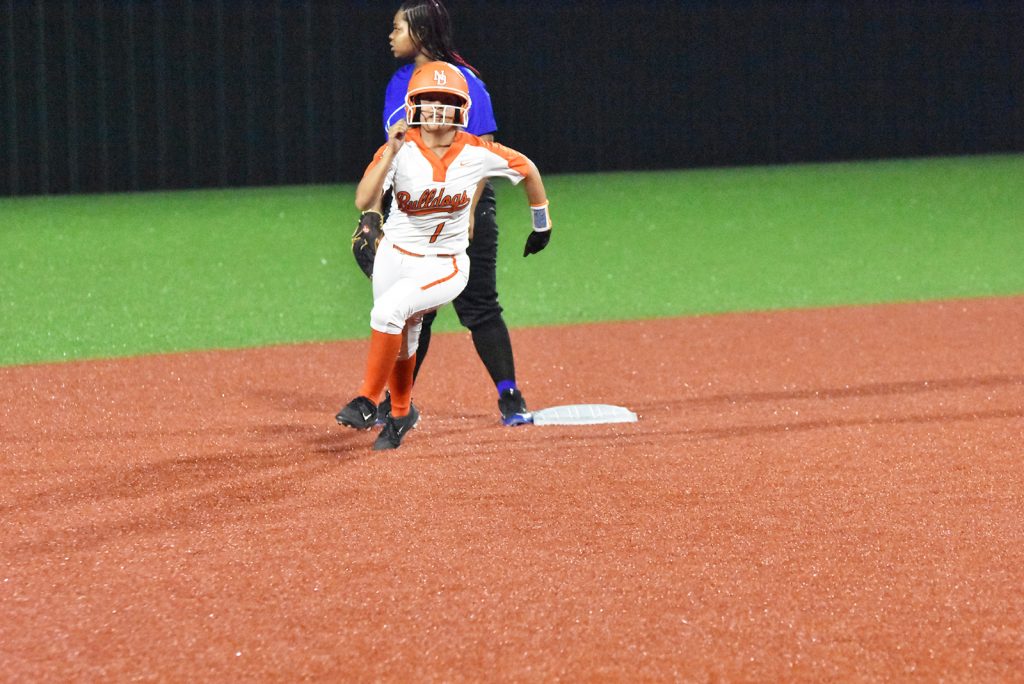 Yomara Gutierrez rounds second base on her way to third base. 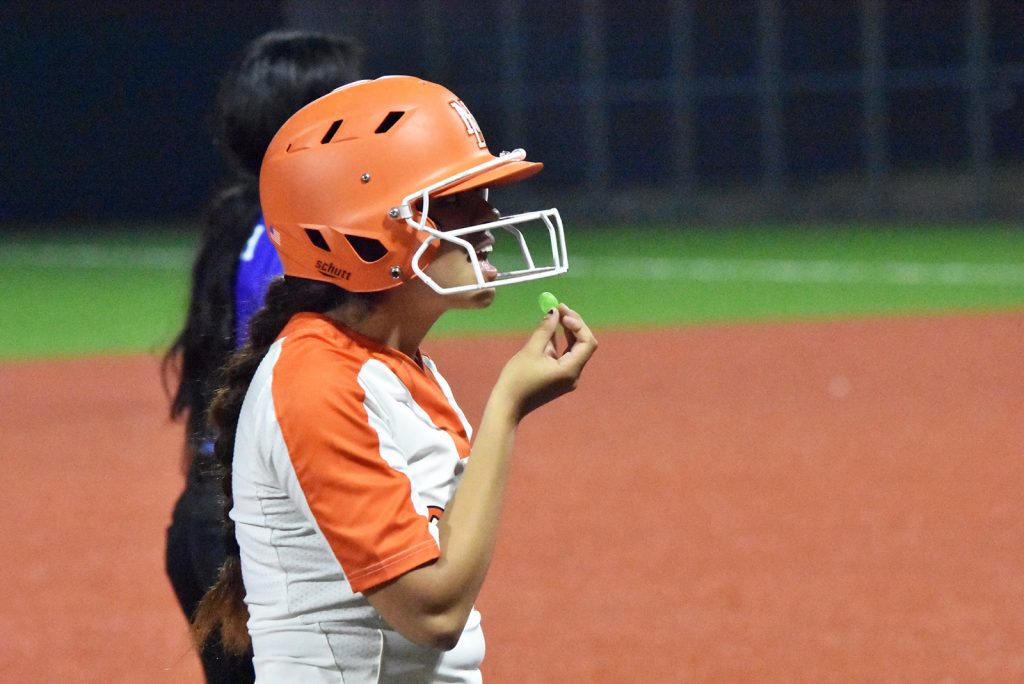 Yomara Gutierrez gets a reward for reaching third base. 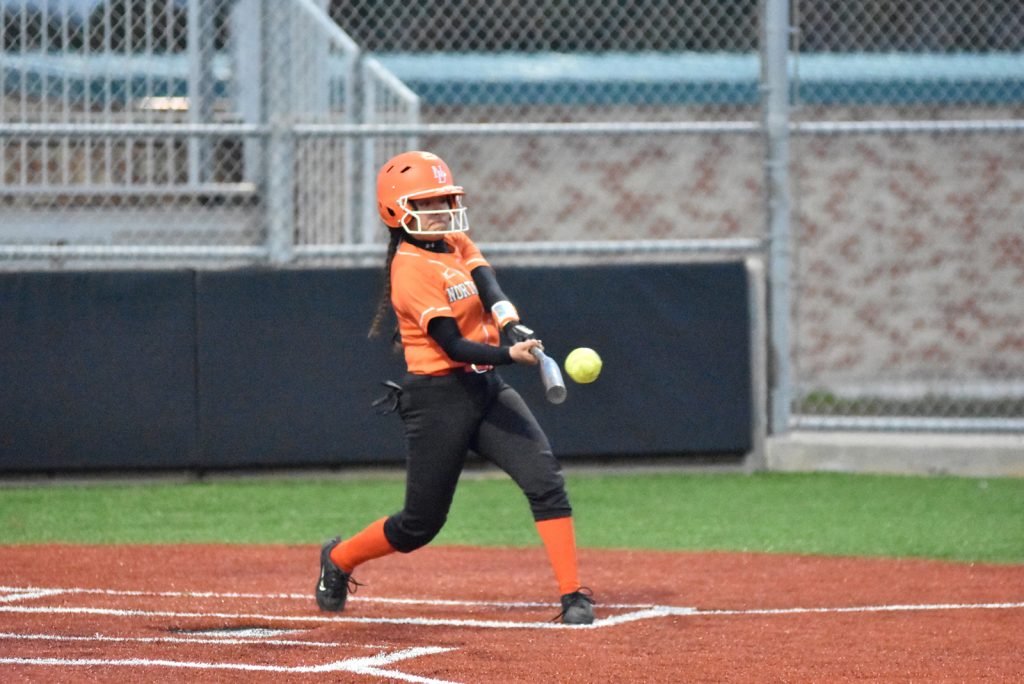 Yomara Gutierrez gets a good hit on the ball. 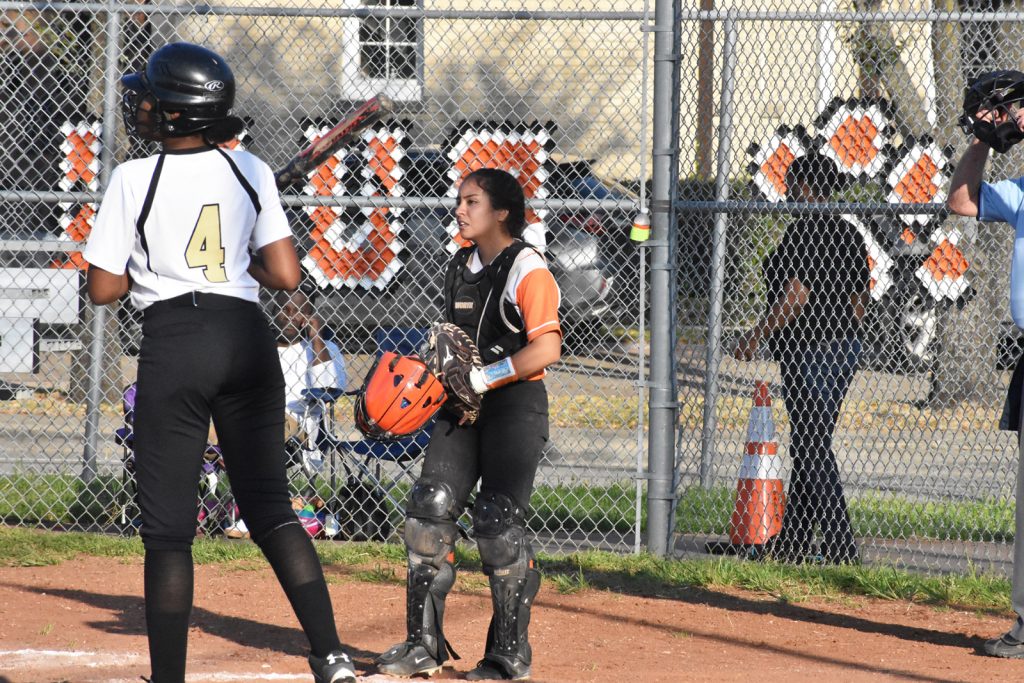 In her first season at catcher, junior Yomara Gutierrez was named the district’s Catcher of the Year. 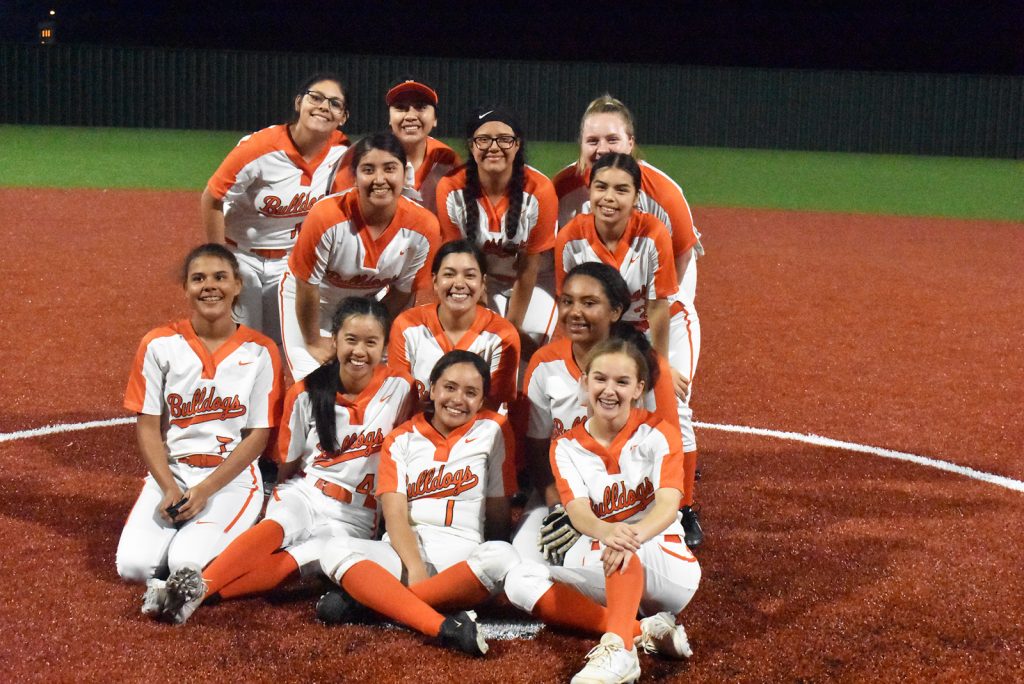 North Dallas freshman takes over at second base 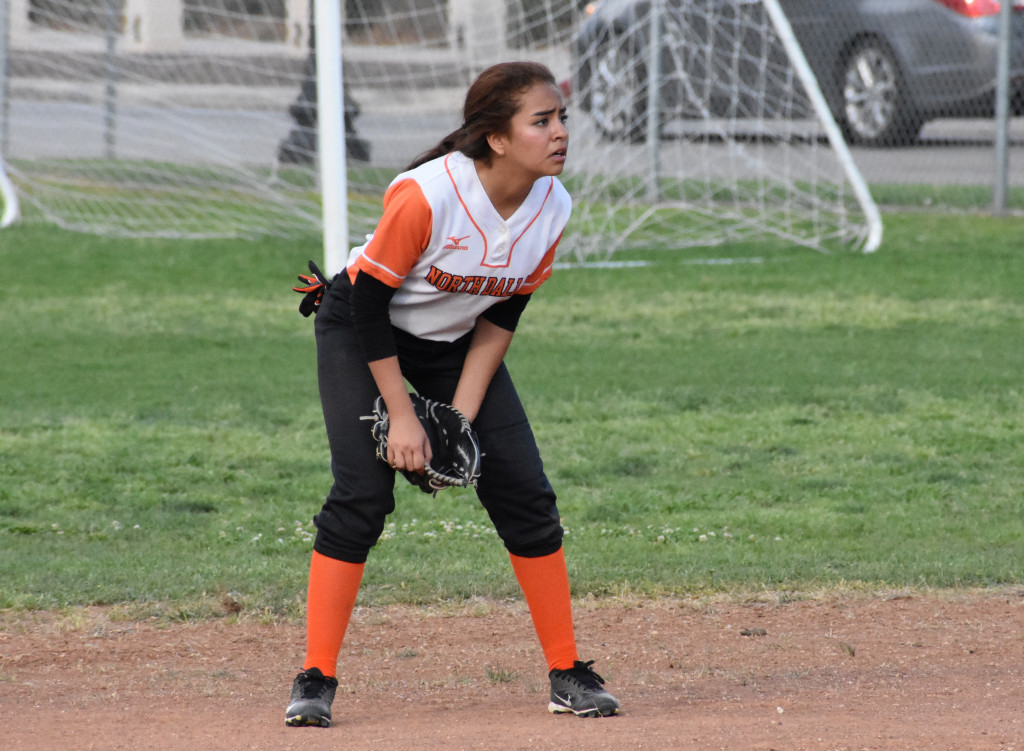 Yomara Gutierrez is starting as a freshman for the Lady Bulldogs.

“She’s an amazing kid,” Barnhill said. “She’s very coachable and works hard. She’s so coachable. You can go in there and fix things real quick.”

The Lady Bulldogs will have Senior Night when they play at Adamson at 4:30 p.m. Tuesday, April 18. The game was originally scheduled for North Dallas but has been moved because the ND field is unplayable.

Yomara said she only started playing second base a year ago at Spence Middle School.

“It is exciting to make it to varsity as a freshman,” Yomara said. “I chose second base my eighth grade year. Everyone said it would be so hard to deal with. Well, it didn’t seem that hard so I tried it, and I actually liked it.”

She also played soccer for the Lady Bulldogs, scoring 5 goals in a junior varsity game against Molina and overall eight goals during the season.

For Yomara, the hardest part of playing on the varsity is the hitting. She has limited at- bats, so she’s still looking for her first hit.

“To me, I think I do better on the fielding. I think it’s easier fielding than hitting,”she said, “because hitting requires skills. Fielding is knowing where to be and where to throw the ball and how to catch it.”

Barnhill said he’s been impressed with Yomara’s work ethic. She played soccer, but also went to softball when she could.

“She stepped up and filled a hole,” he said.