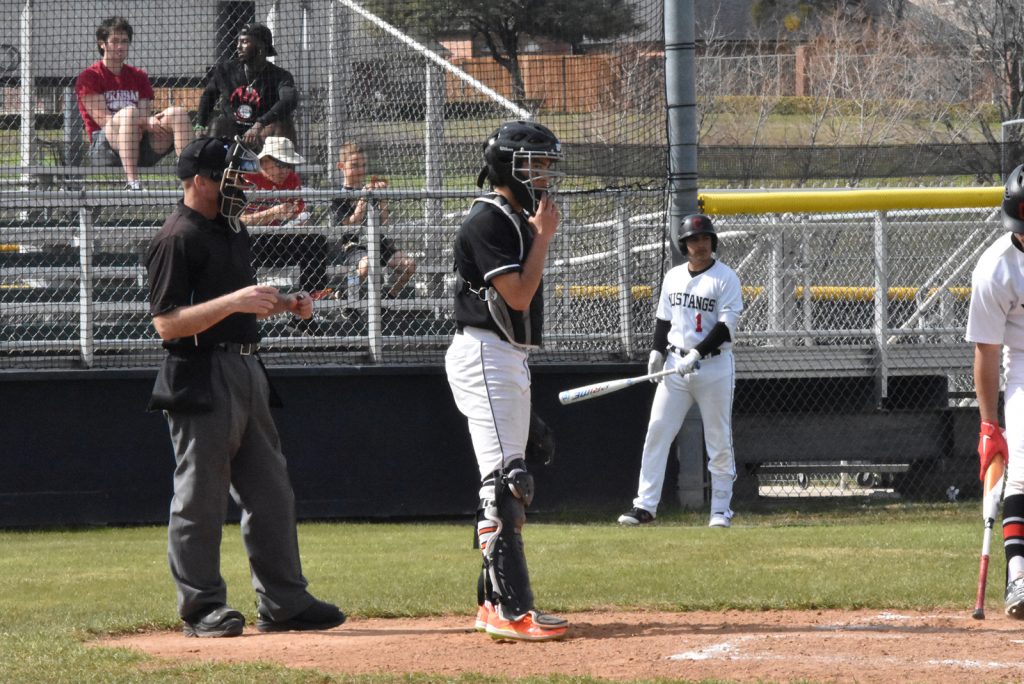 Senior catcher Marco Garcia directs the defense from behind the plate during a game against Carrollton Creekview. 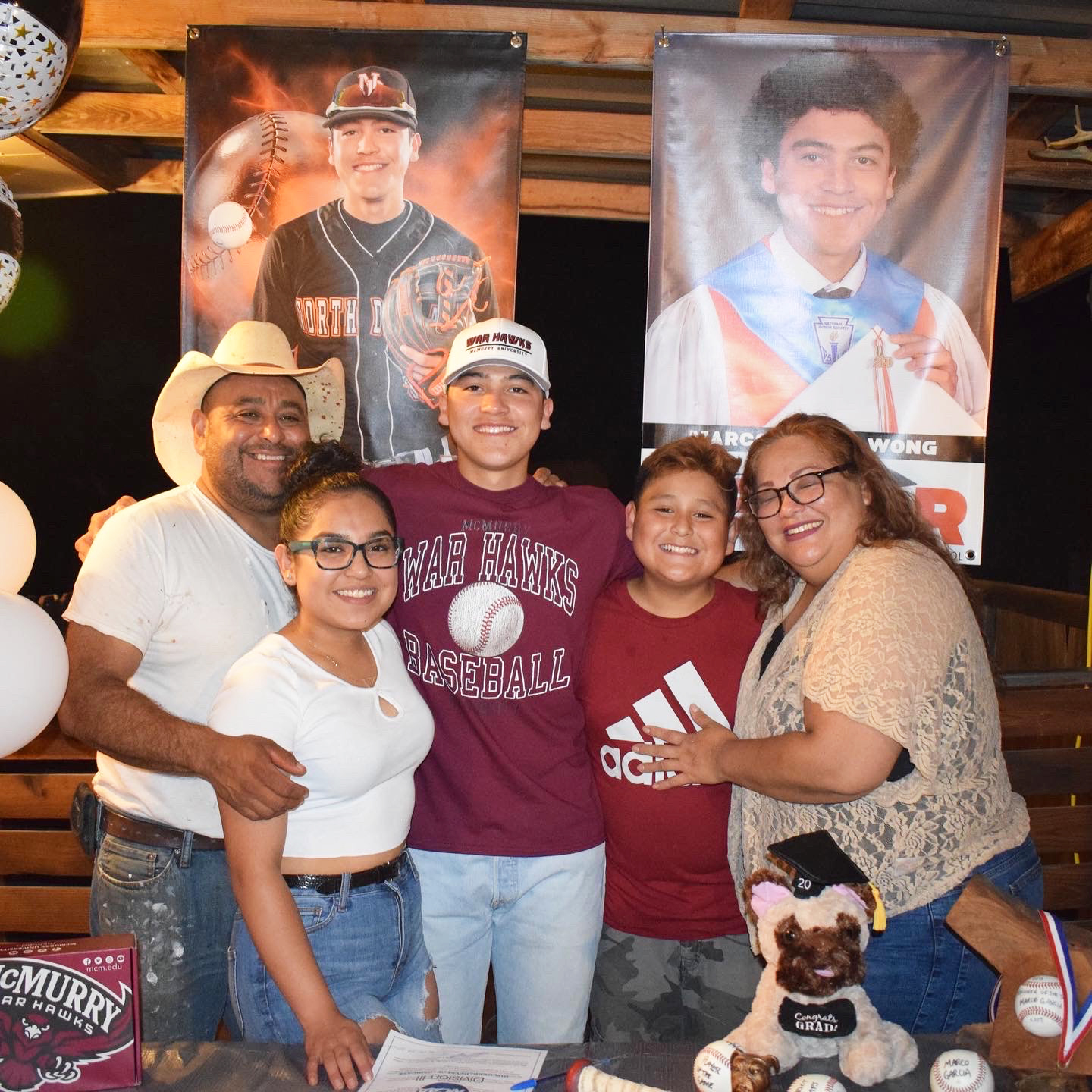 Marco Garcia and family celebrate his decision to attend McMurry University in the fall.

Despite a shorten North Dalllas season due to the coronavirus pandemic, 2020 senior Marco Garcia will be taking his baseball talents to McMurry University this fall.
Marco recently announced on Instagram that he is committing to McMurry. The War Hawks, an NCAA Division III school, went 3-13-1 overall and 1-8 in the American Southwest Conference this season.
“I’m very excited to represent these colors and the university everywhere I go. I can’t wait to take the field with my new teammates,” Marco said in an email.
“The first time I talked to McMurry University was after my first showcase back in November,” Marco continued. “I talked to the coach and later on, I reached out. My family and I went on a visit in January and they made us feel welcome. It was awesome — the city their facilities and their baseball field is beautiful. I got on the mound of the field and the view from there is awesome. I can’t wait to pitch there.”
Marco was mainly used as a utility player at North Dallas, playing several positions including shortstop, third base, outfield, and pitching. He was also one of the team captains.
“I would love to keep playing SS, CF, and Pitcher, but as you might know in my high school career I became a pretty good utility player, and as I told Coach D one day, as longest I’m helping the team I don’t care where I play, I’ll play with all my heart.”
The Bulldogs were 3-4-1 when the season ended on March 13 because of the coronavirus.
“It was super hard for us as seniors for our season to be cut in a blink of an eye,” Marco said. “As you know, we had a pretty young team at the beginning. We were struggling as we didn’t have much chemistry but by the time they cut us off, we were getting better each game.”
North Dallas baseball coach Steven De La Cerda described coaching Marco as “a blessing.”

“I am extreme proud of Marco!  Coming from a hard working and loving family that wanted the best for their children, Marco definitely made his family proud!” De La Cerda said in an email.

“He has been such a blessing to coach. Obviously he’s a great baseball talent that I’m glad I got to coach. But mostly, he’s a solid young man who who always played the game the right way, respected me, and loved his teammates. I am beyond proud to have been his coach. I wish him nothing but the best and can’t wait to see what the future holds for him!”
Marco said he plans to major in Biology and specialize in animals and plants at McMurry.
“I want to thank everyone who was part of my journey through high school and helped it me to made this dream possible,” he said, “especially Coach D who thought me how to be a man in and out the field.” 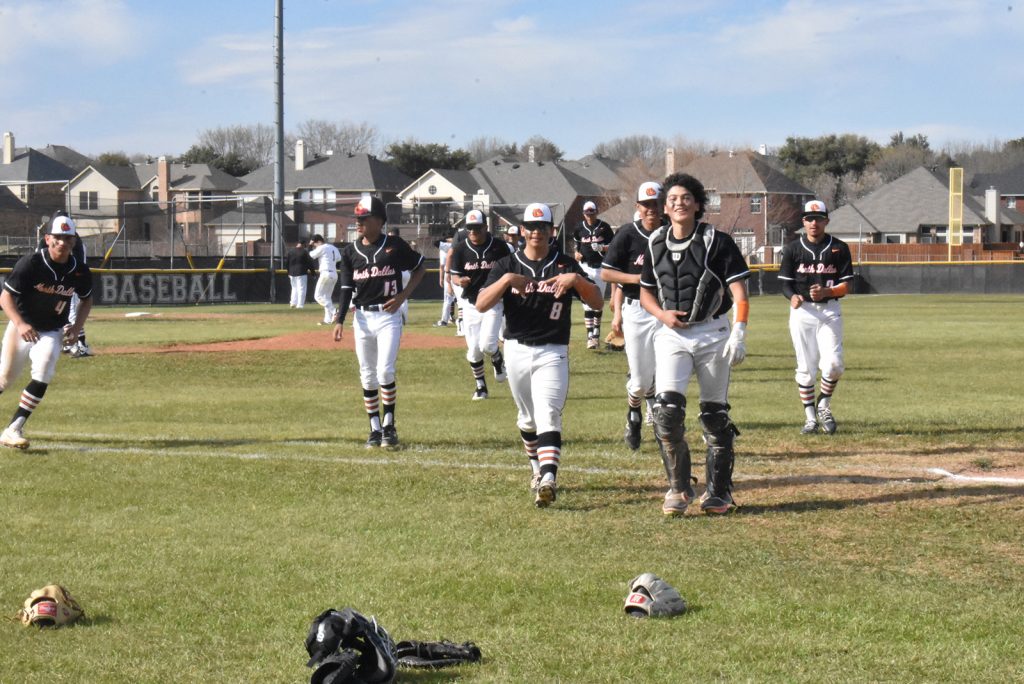 Marco Garcia and teammates celebrate after a win over Carrollton Creekview. 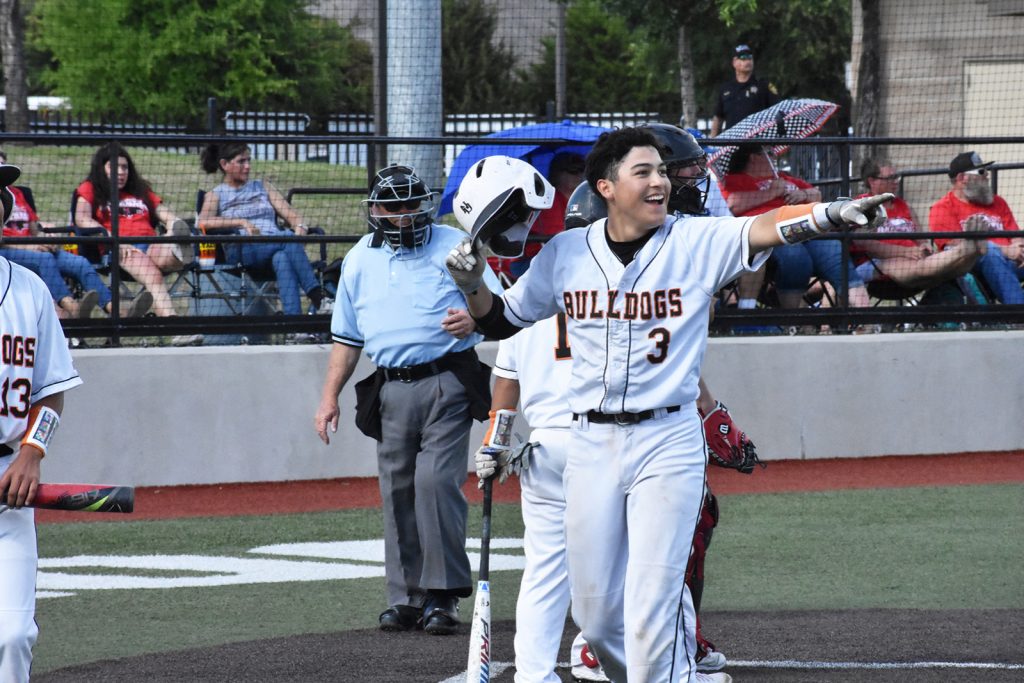 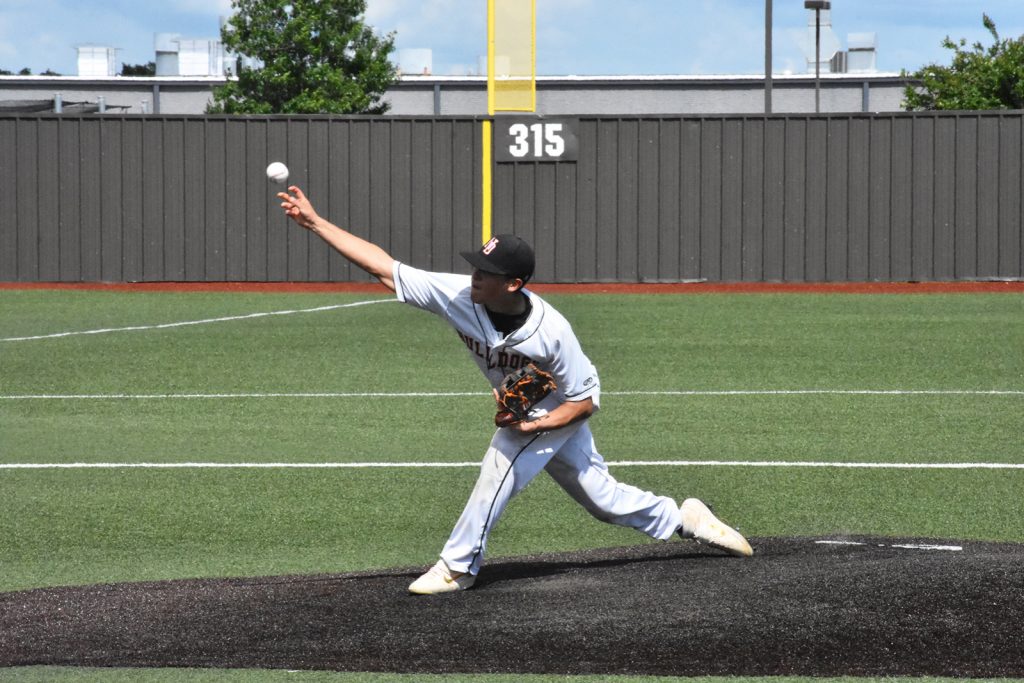 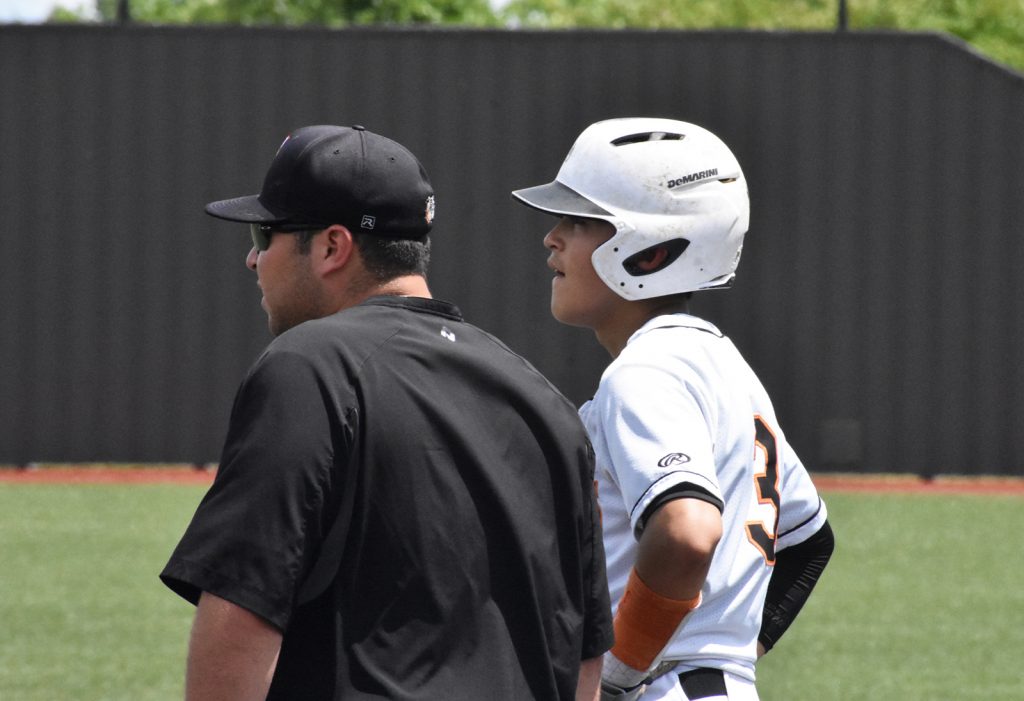 Marco Garcia and Coach Elijah Perez watch the play from first base. 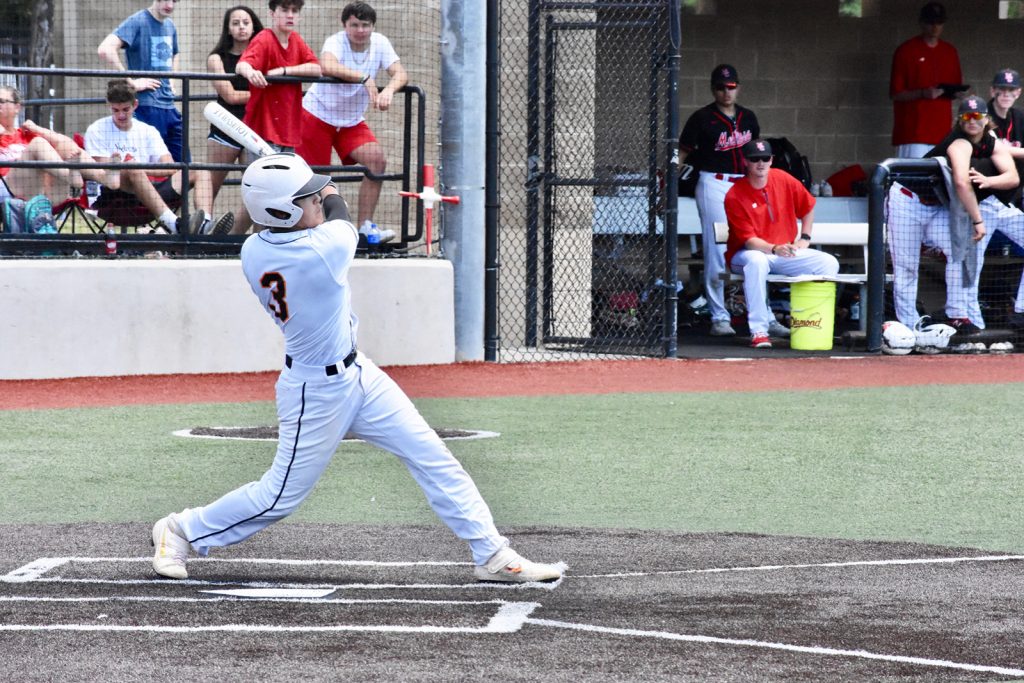 Marco Garcia takes a big swing. He said he wore No. 3 in honor of his uncle, who got him interested in playing baseball. 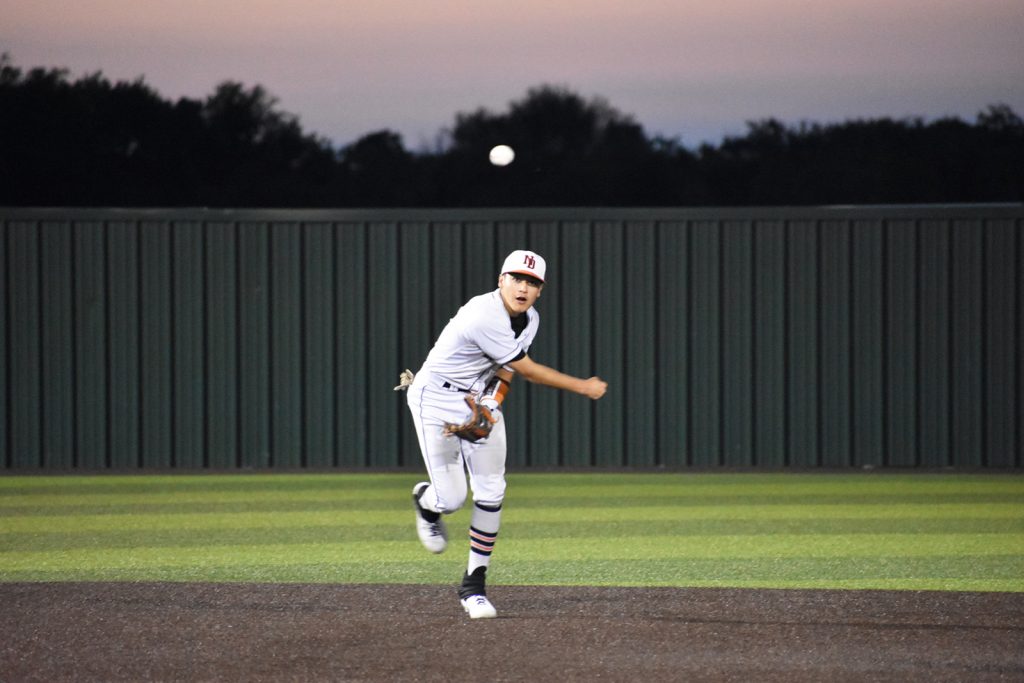 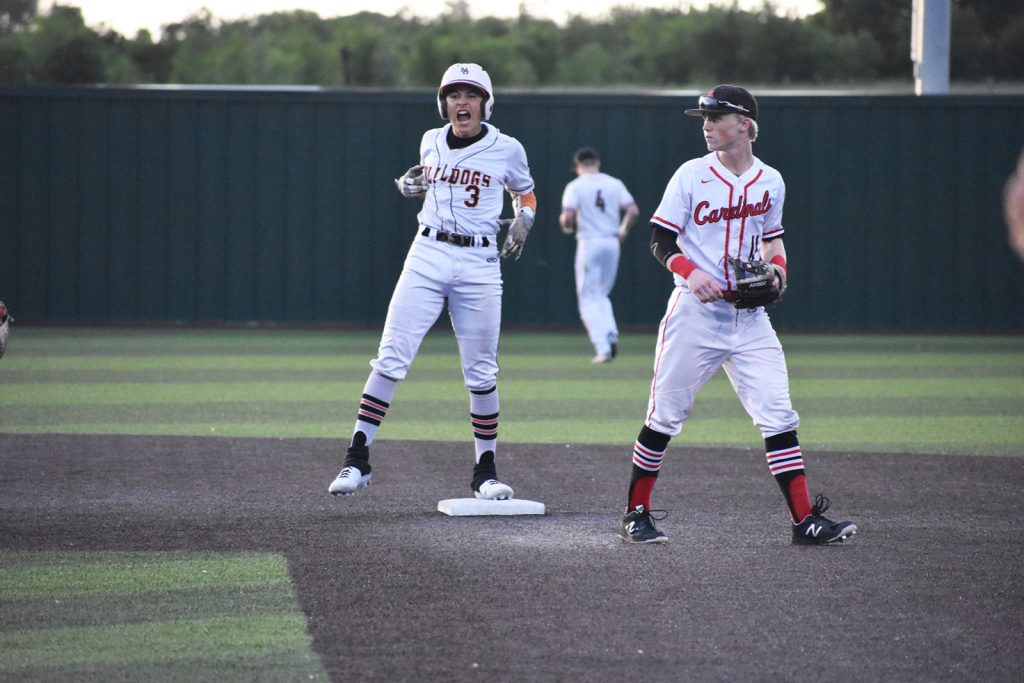 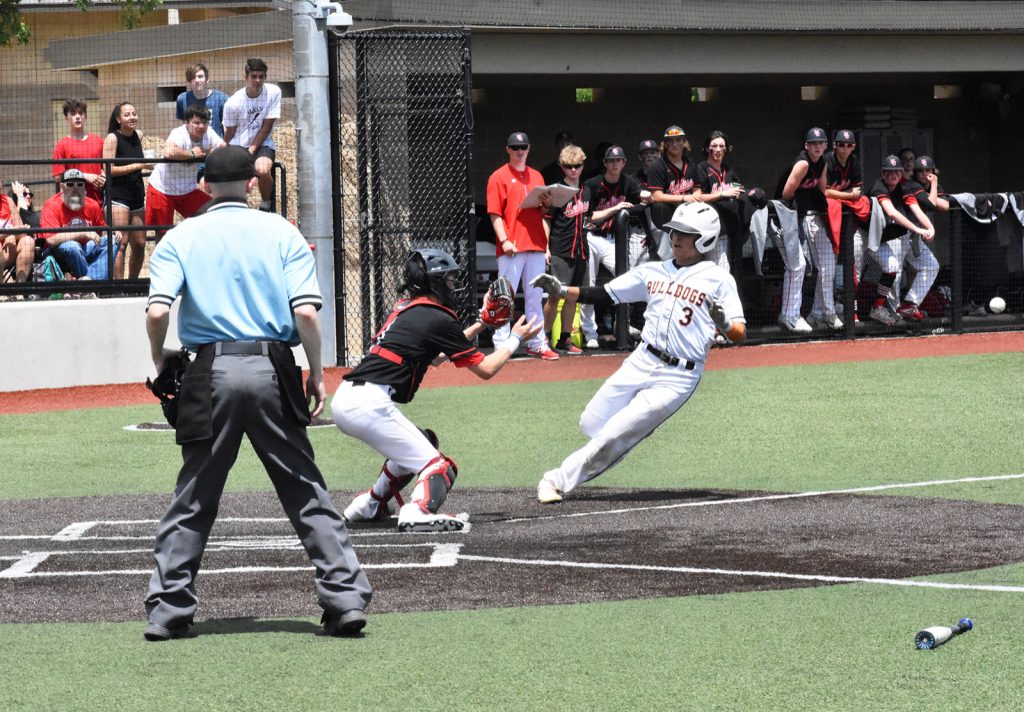 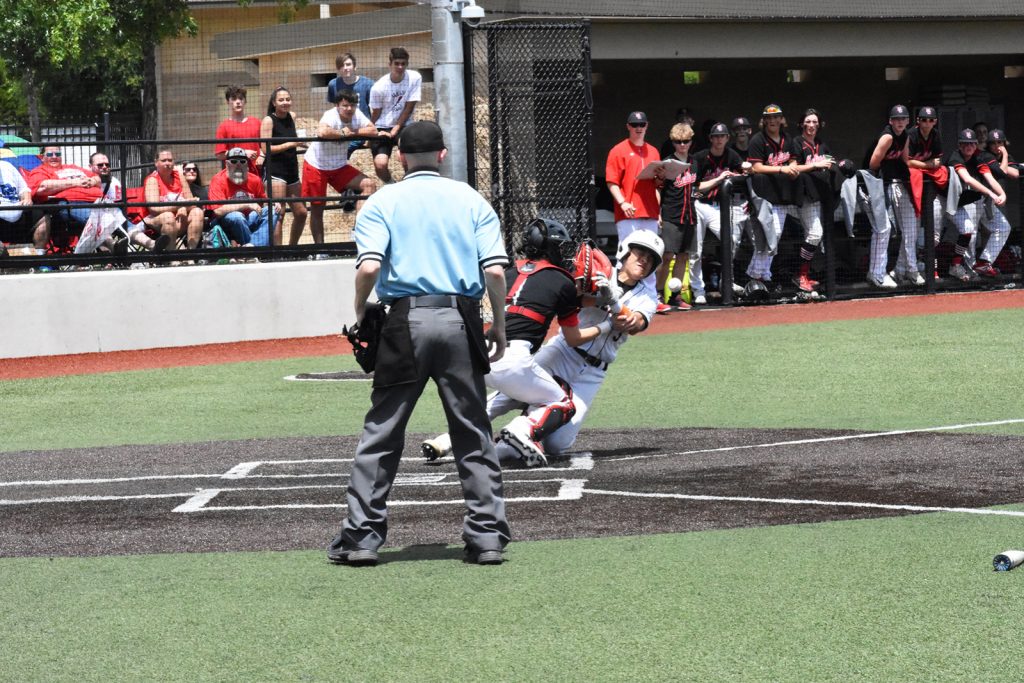 Marco Garcia collides with the catcher as the ball arrives. 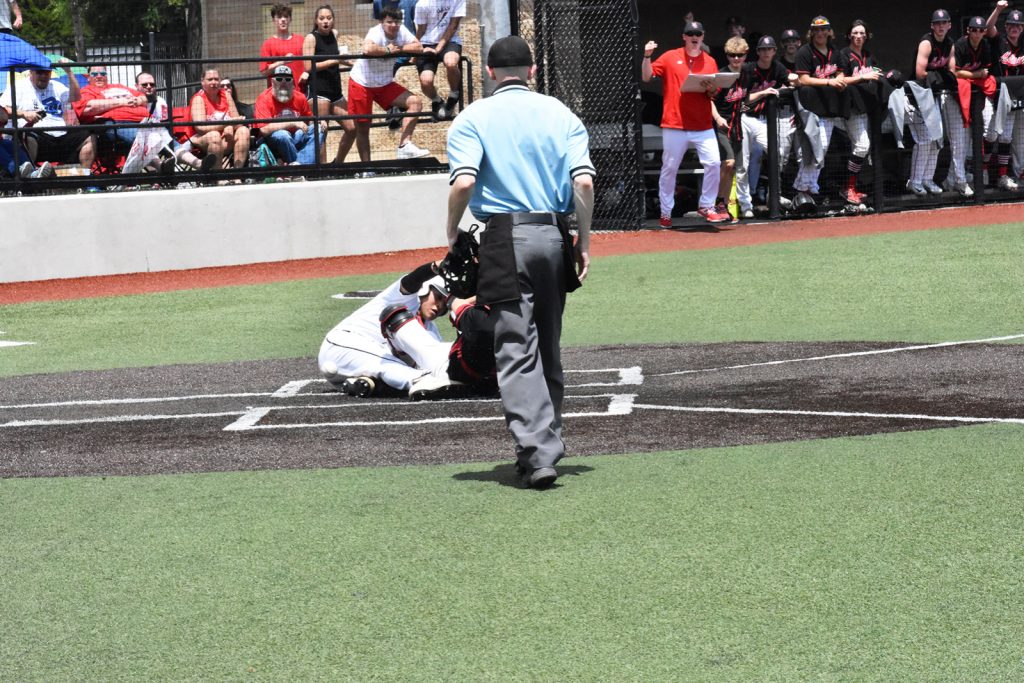 Marco Garcia goes through the slide and touches the plate. 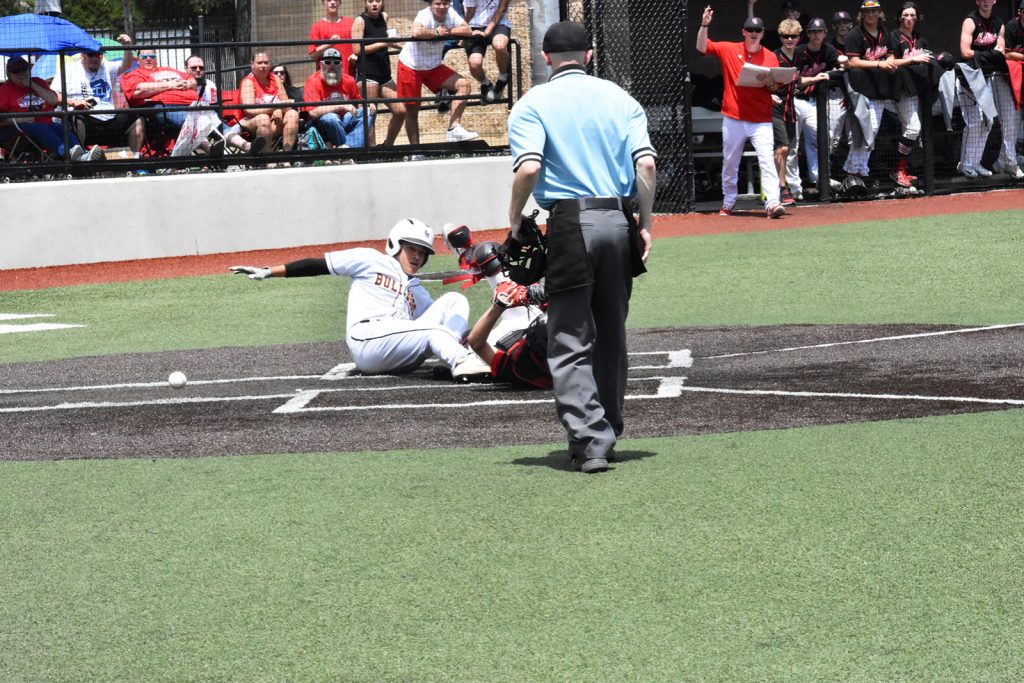 Marco Garcia scores as the ball gets away from the catcher. 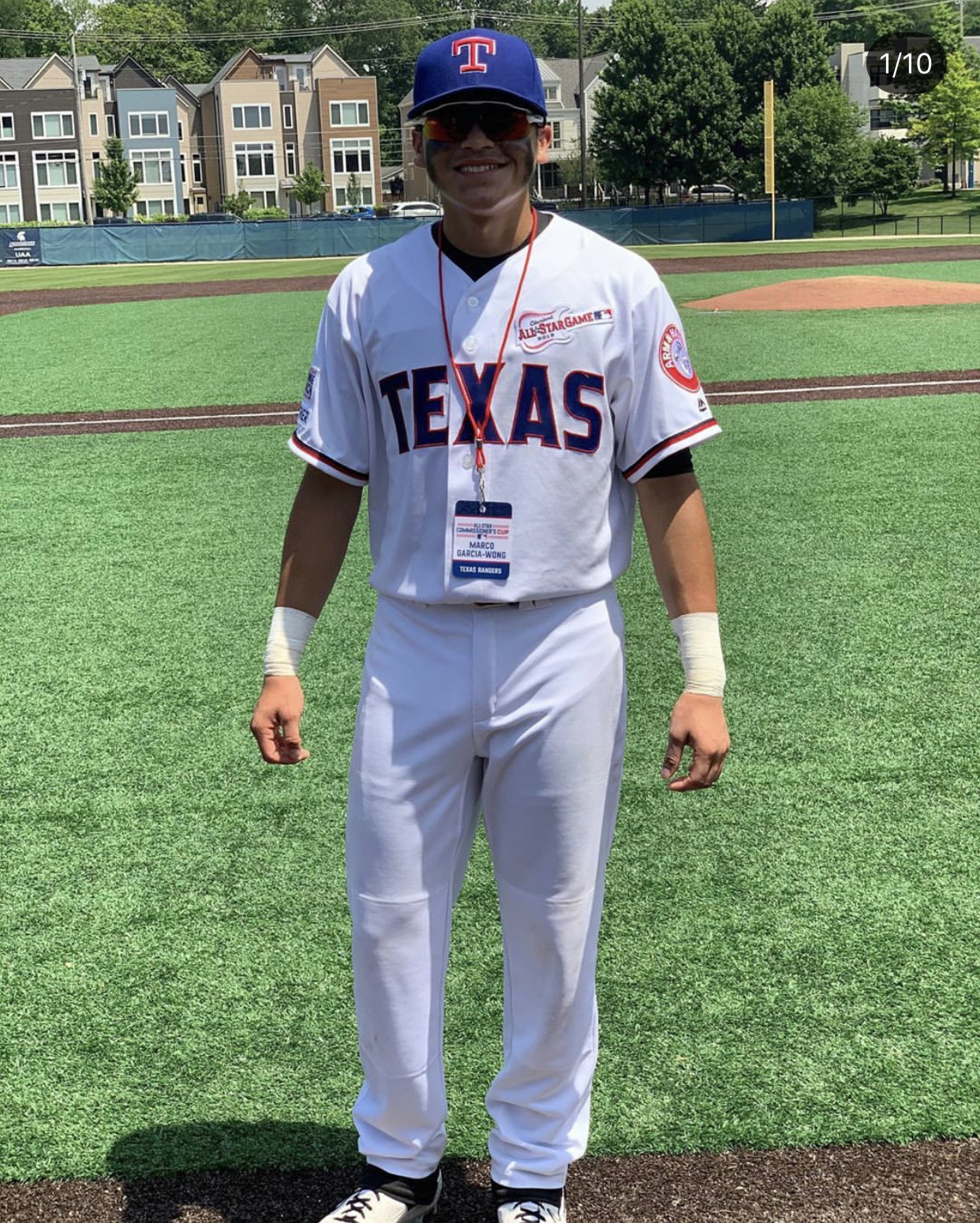