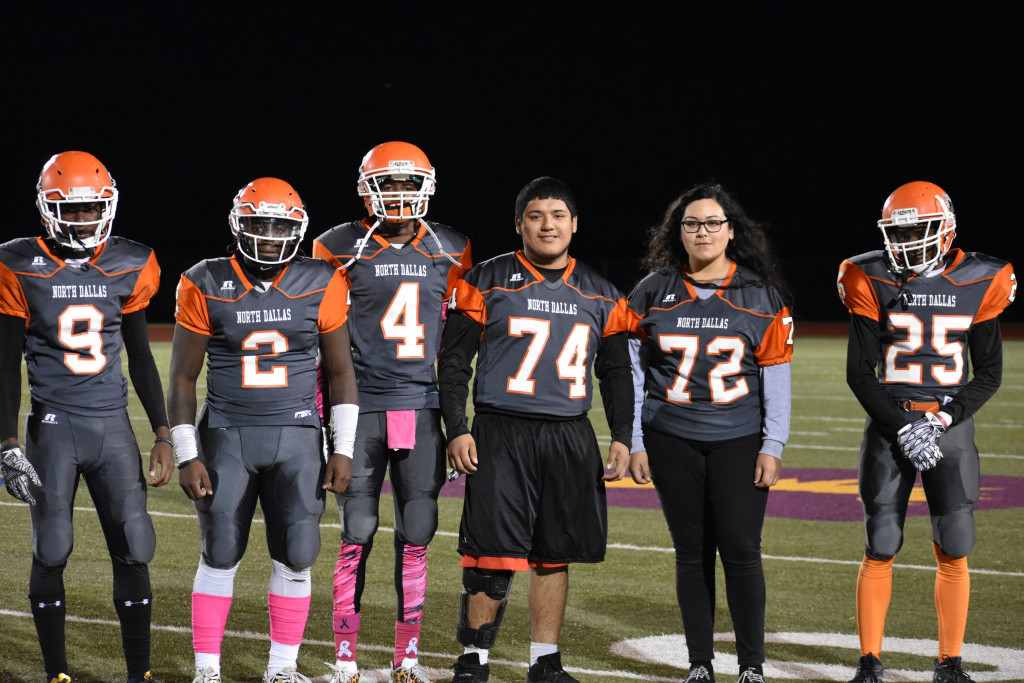 Stefhany Gonzalez (72) was one of the Bulldogs captains on Friday against Seagoville. She joins Jah’Ques Shelvy (9), KaVonn Price (2) Tykedreaus Elder (4), Chris Ramirez (74) and Jeremiah Cooper (25) for the coin toss.

Here’s Stefany’s story that originally ran on Oct. 31, 2017. See the update at the end of the story.

Stefhany Gonzalez, listed at 5-8 and 211 pounds, says she’s treated just like any other player on the North Dallas High football team.

She has seen limited playing time but she still attends practice and can be seen on the sidelines during the games.

Although she was sick and in street clothes last Friday, Stefhany was one of the team  captains against Seagoville, and participated in the coin flip at the start of the game.

“I’ll be honest, it meant a lot to me,” she said. “I wasn’t expecting it when the coaches told me.”

Stefhany, a senior, began playing for the Bulldogs last spring and played in the Orange and White Spring game. She saw her first game action against Spruce and also played in the win over Sunset. 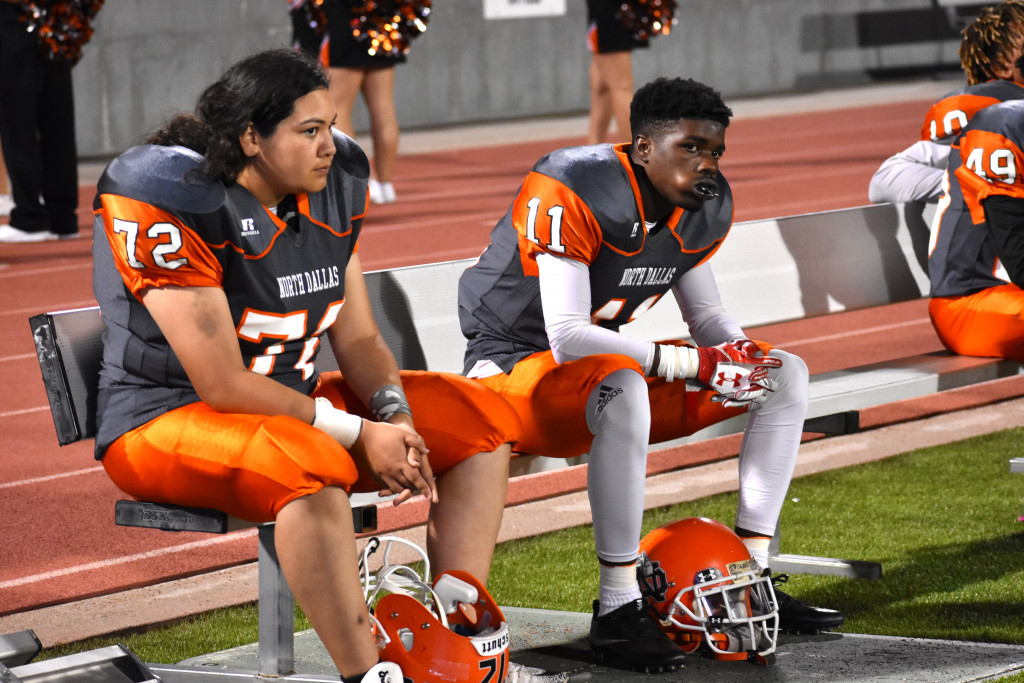 Stefhany waits for her opportunity to get into the game.

She recalled playing on the line against Spruce. And how did that go?

“They did a combo and two guys hit me at the same time,” she said. “It was pretty bad. I stopped playing the rest of the game.

“I stood up and came back running to the coaches.”

Did you think you were dying?

The Spruce players didn’t help her up, but a North Dallas teammate did.

In the win over Sunset, Stefhany said, “I think we played good even though I only played in the last quarter.”

Stefhany said her teammates and coaches treat her the same as the others.

Asked which is harder — learning the plays or playing the game, she said: “I think both.”

Stefhany said she used to play football with her friends in Mexico. The Cowboys and Patriots are her favorite teams.

“It was my reason that I decided to play for the team,” she said. “The difference is that in Mexico sometimes I played flag [football].”

Stefhany said she has her parents’ support.

“In the  beginning, they were afraid of me playing since it’s with males,” she said. “Now they feel proud of it.”

Stefhany has been at North Dallas for 2 1/2 years. Her locker is next to coaches office and she gets dressed in the girls restroom.

“I want to thank everybody for supporting me,” she said.

THE UPDATE:  In a March email, Stefhany said, “I recently turned 21, right now I’m finishing my basics at North Lake College, I’ll be transferring to Sam Houston State University next semester. I stopped playing after I graduated because I had to get a job and I also wanted to focus more on my career. I really loved playing for North Dallas and I believe more girls should try out. I would do it again if I had the opportunity! My favorite memory was my first game because I got to experience that adrenaline, that amazing feeling of being in the field again. If I could go back to high school, I would re-do it all over again.” 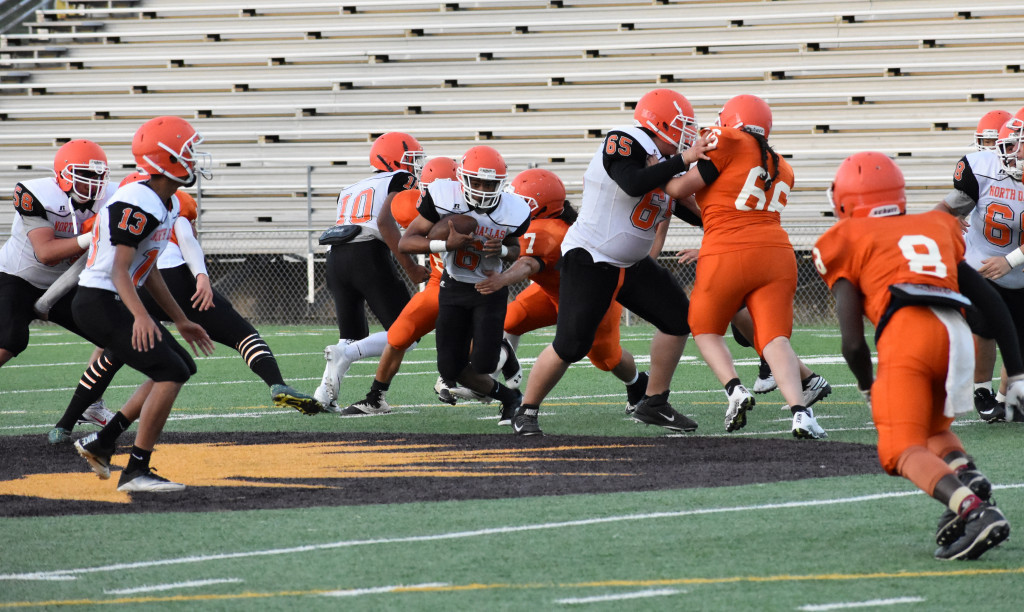 Stefhany Gonzalez (66 in orange) battles a teammate during the Orange and White Spring game. 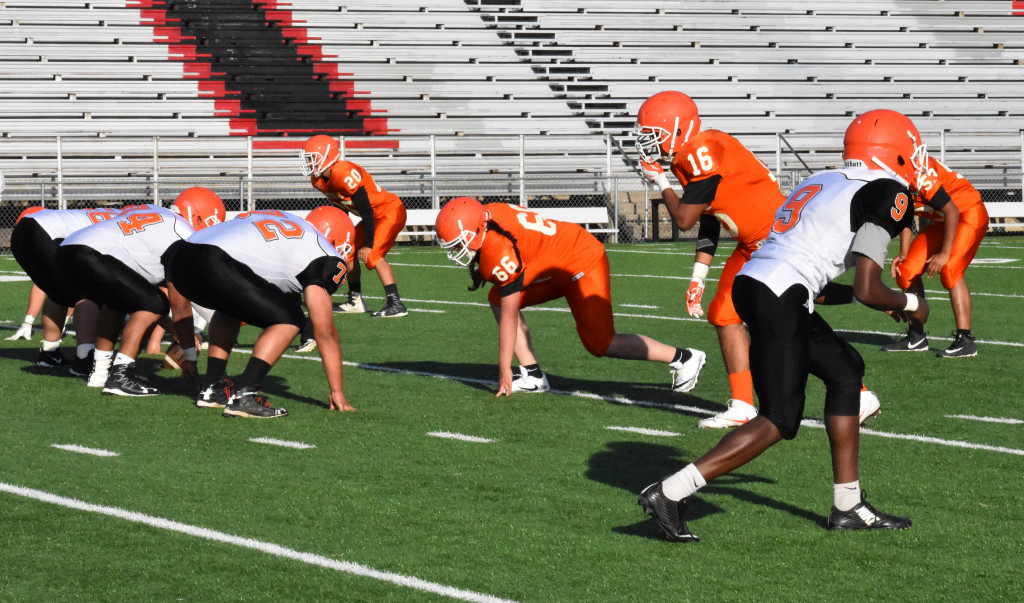 Stefhany Gonzalez (66) lines up on defense during the Spring game. 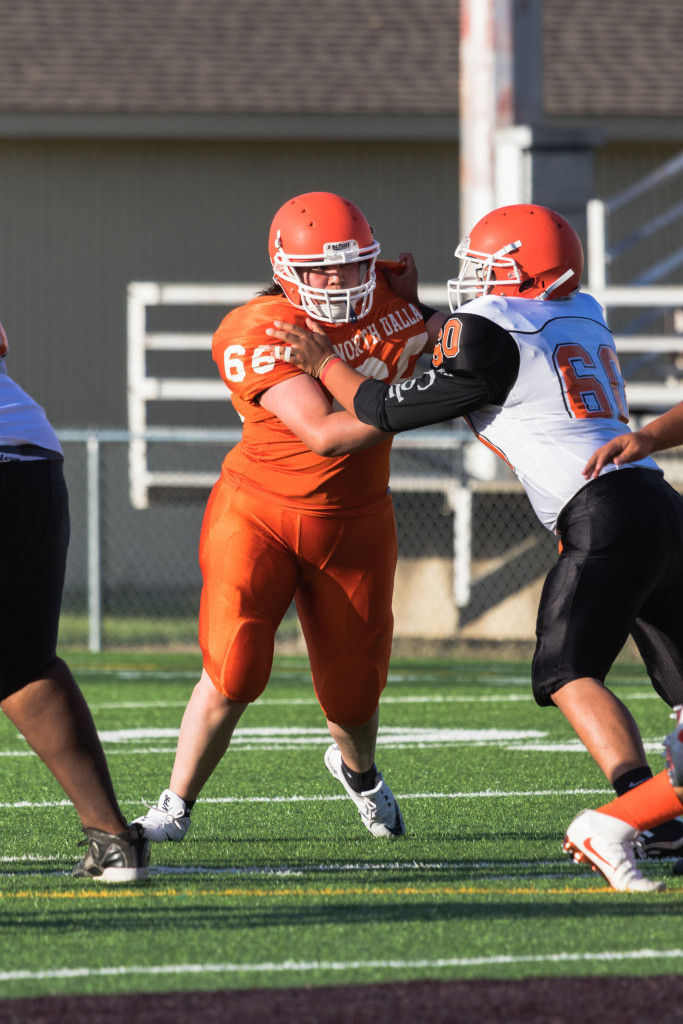 Stefhany fights off a blocker during the Spring game.