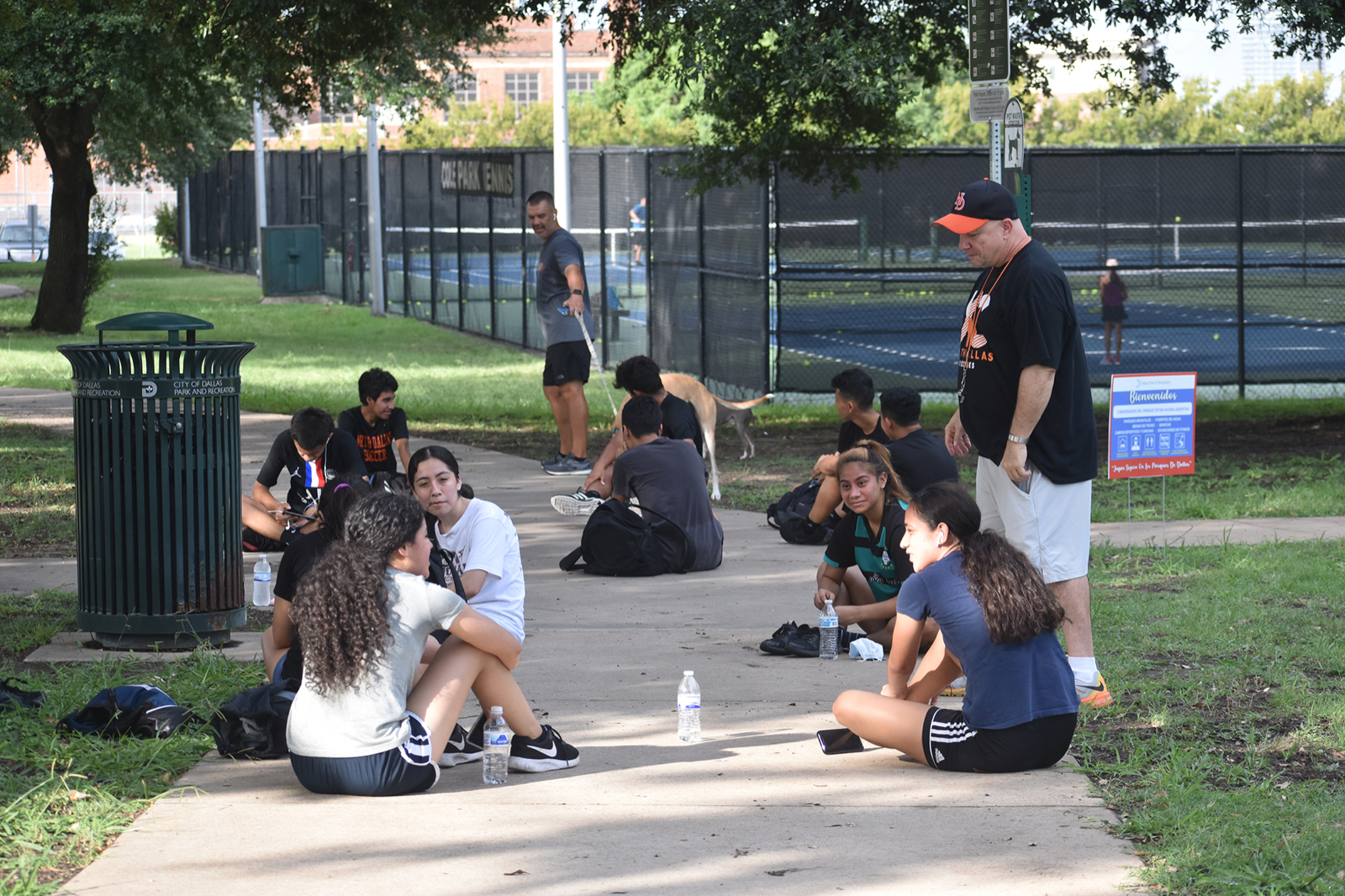 North Dallas cross country Troy Power is looking forward to the upcoming season. Despite all the Dallas high schools sports program on hold in Dallas County until after Sept. 7, he sees the potential in the boys and girls teams.

After a two-week layoff, the Bulldogs had between 12 and 14 boys and girls show up each day last week for the summer conditioning program at Cole Park.

“When I get everybody back, 14 boys and 12 girls,” he said on his outlook for the teams. “That’s fine and I’m happy with that.”

“David [Soto], Gabriel [Chavez], and Erick [Gonzalez] are coming back, and a couple of boys that are fast. I have four girls that are really, really good.  They’re going to be really good, if we can get it going,” he said last Thursday.

“We still have about five, whose parents won’t let them come, which is understandable,” he said. “I hope they’re running on their own. But they seem to be in pretty decent shape.”

Unfortunately, Coach Power’s hopes to have the North Dallas Invitational on Aug. 22 will not likely happen because of the shutdown. He had 10 teams had signed up for the event. 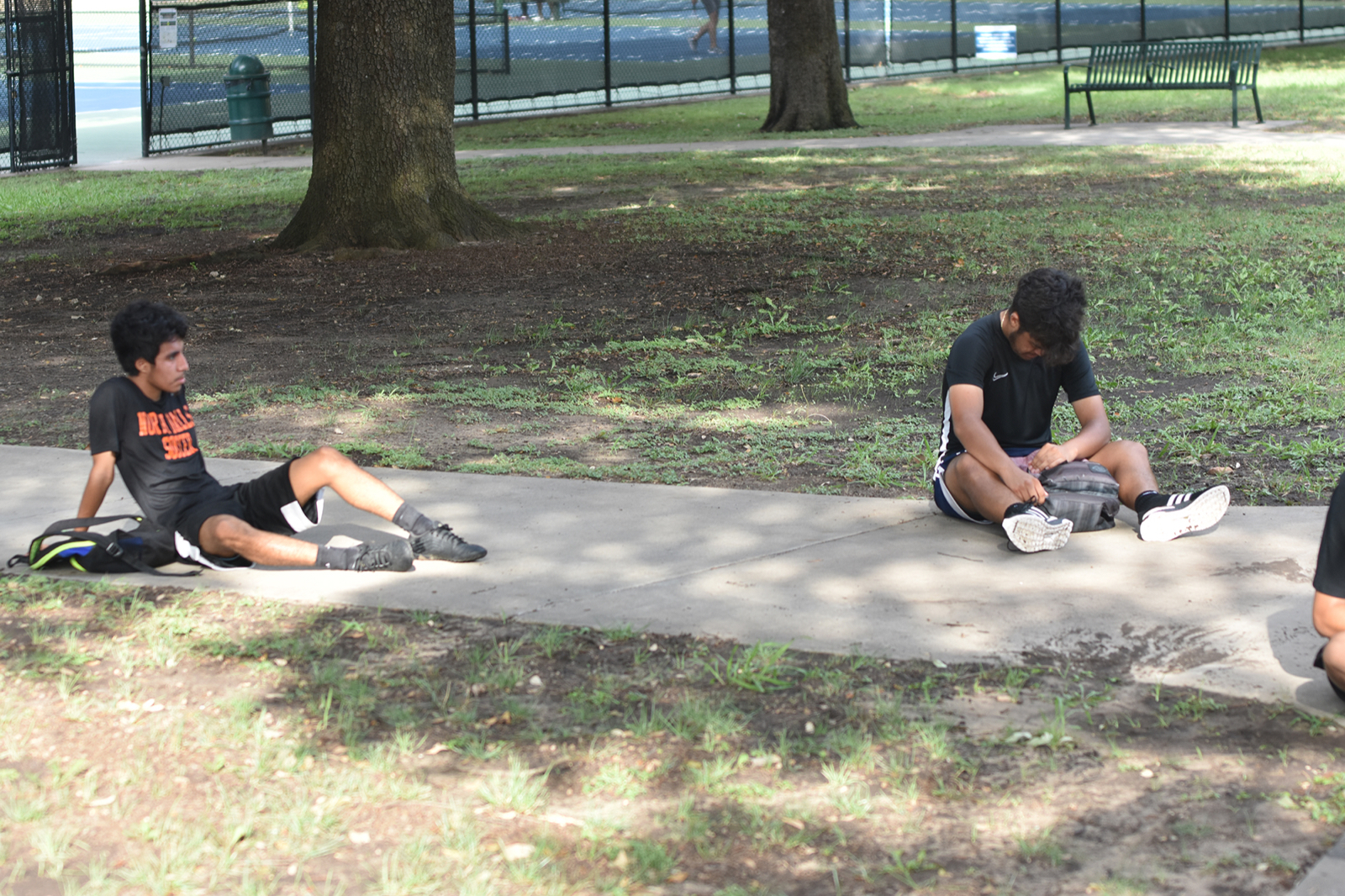 The boys take a break after a 2-mile run. 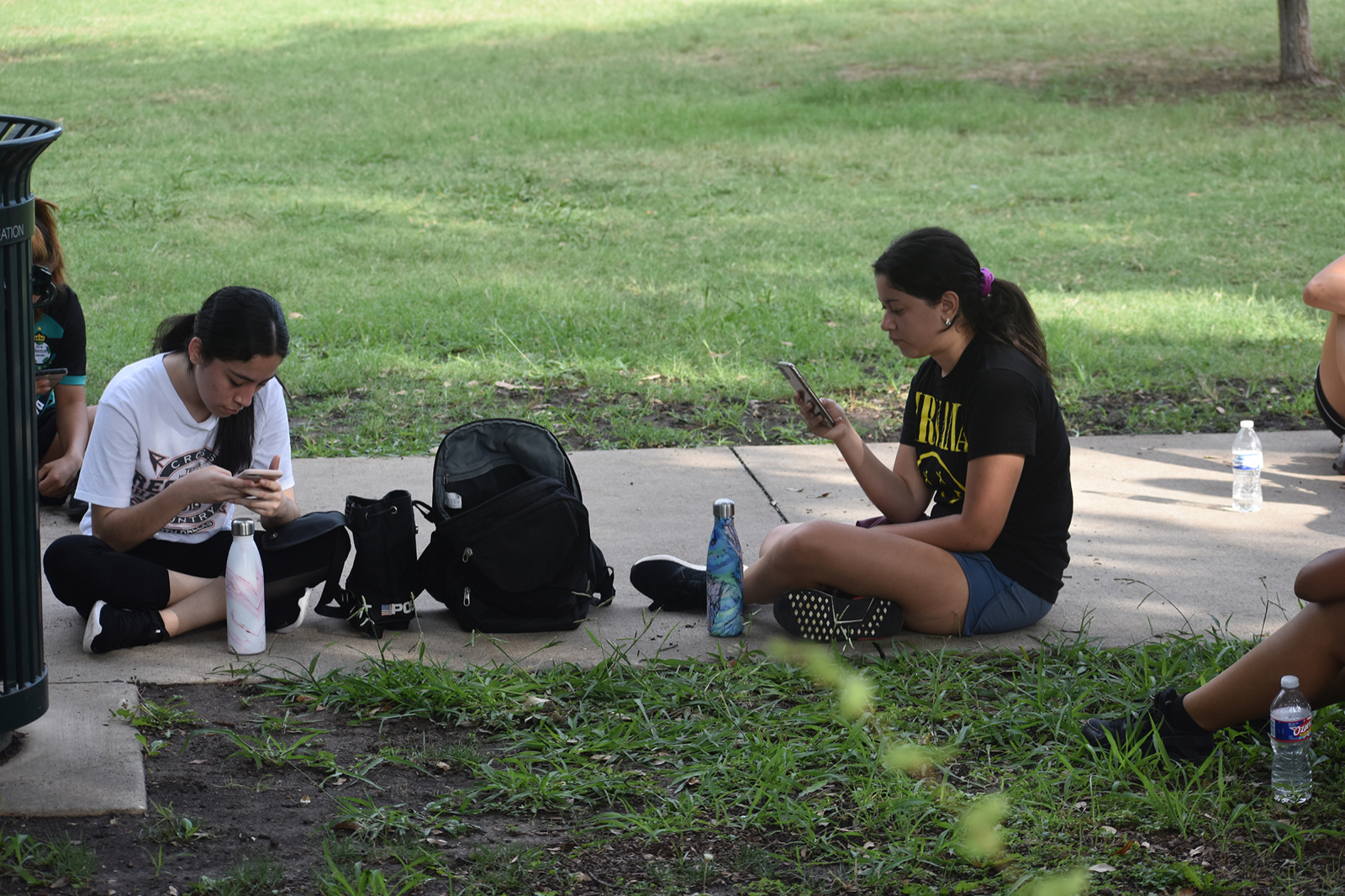 The girls check their cellphones. 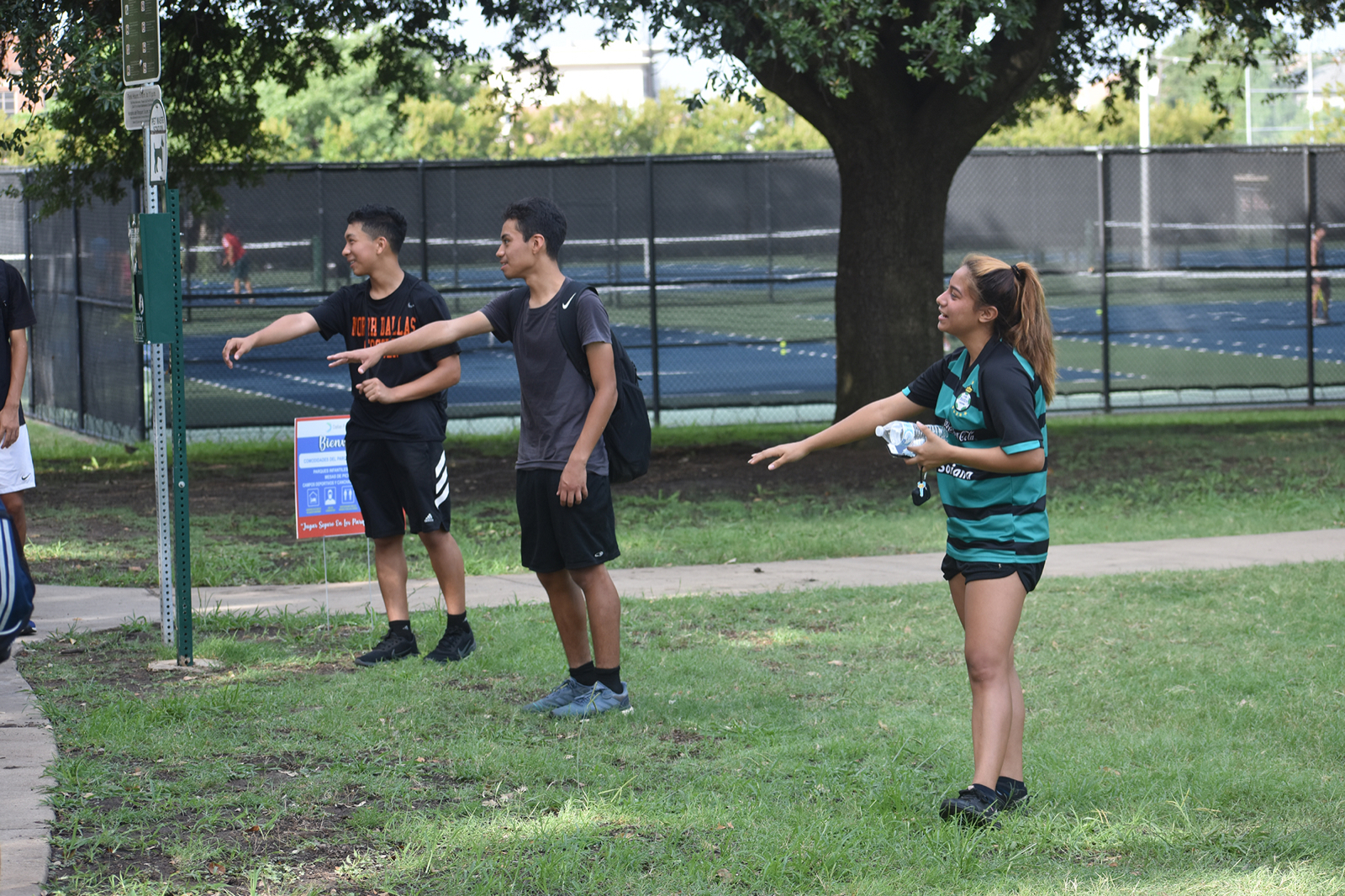 The runners end the conditioning workout with a Bulldog cheer as they social distance. 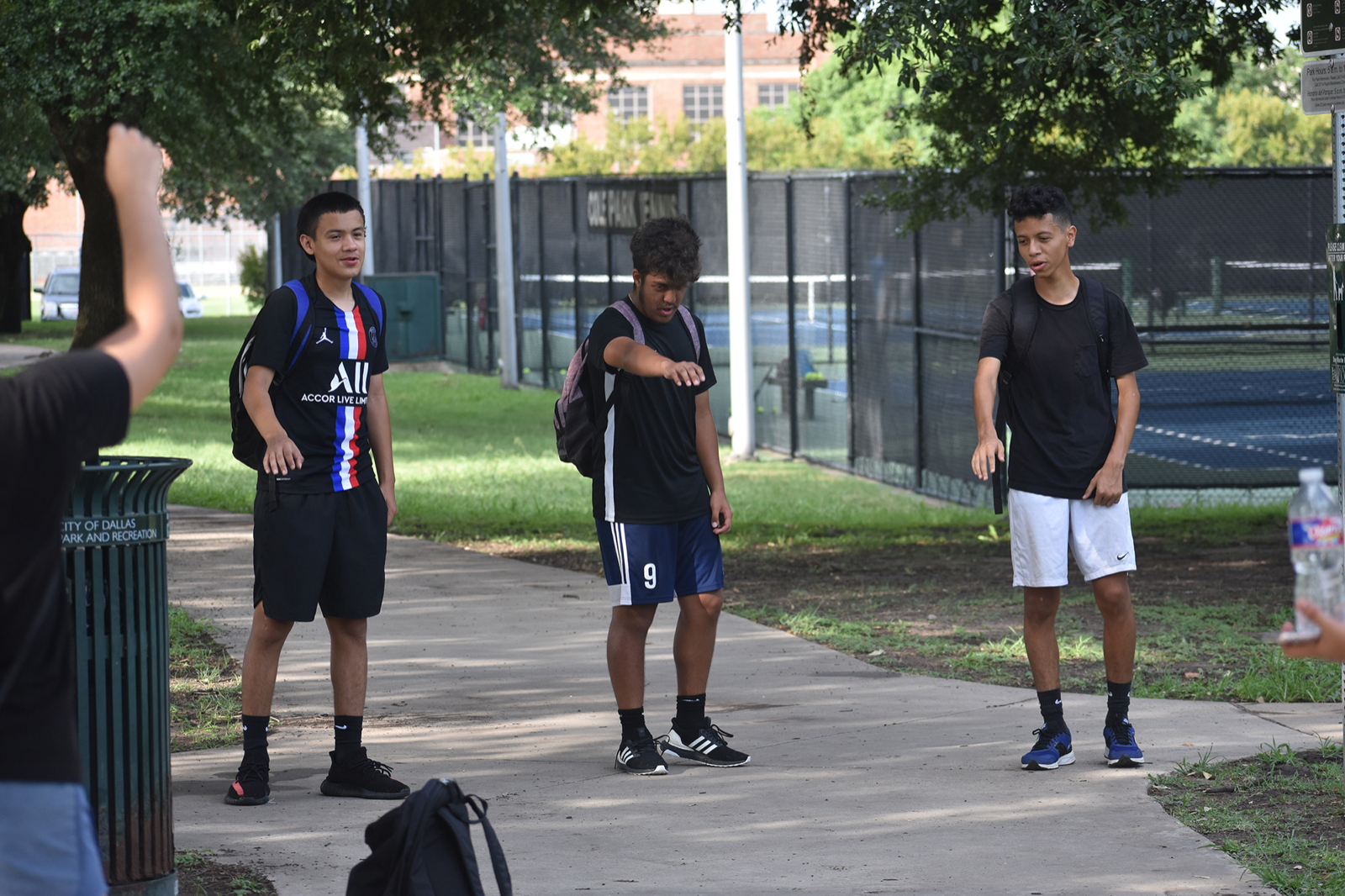 The boys join the Bulldog cheer at the end of conditioning.