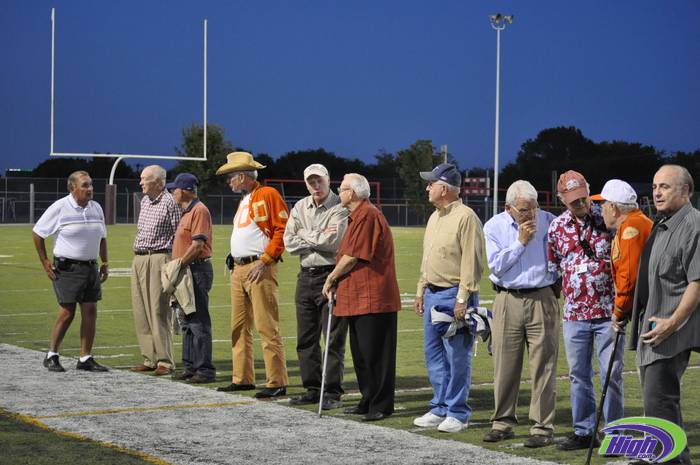 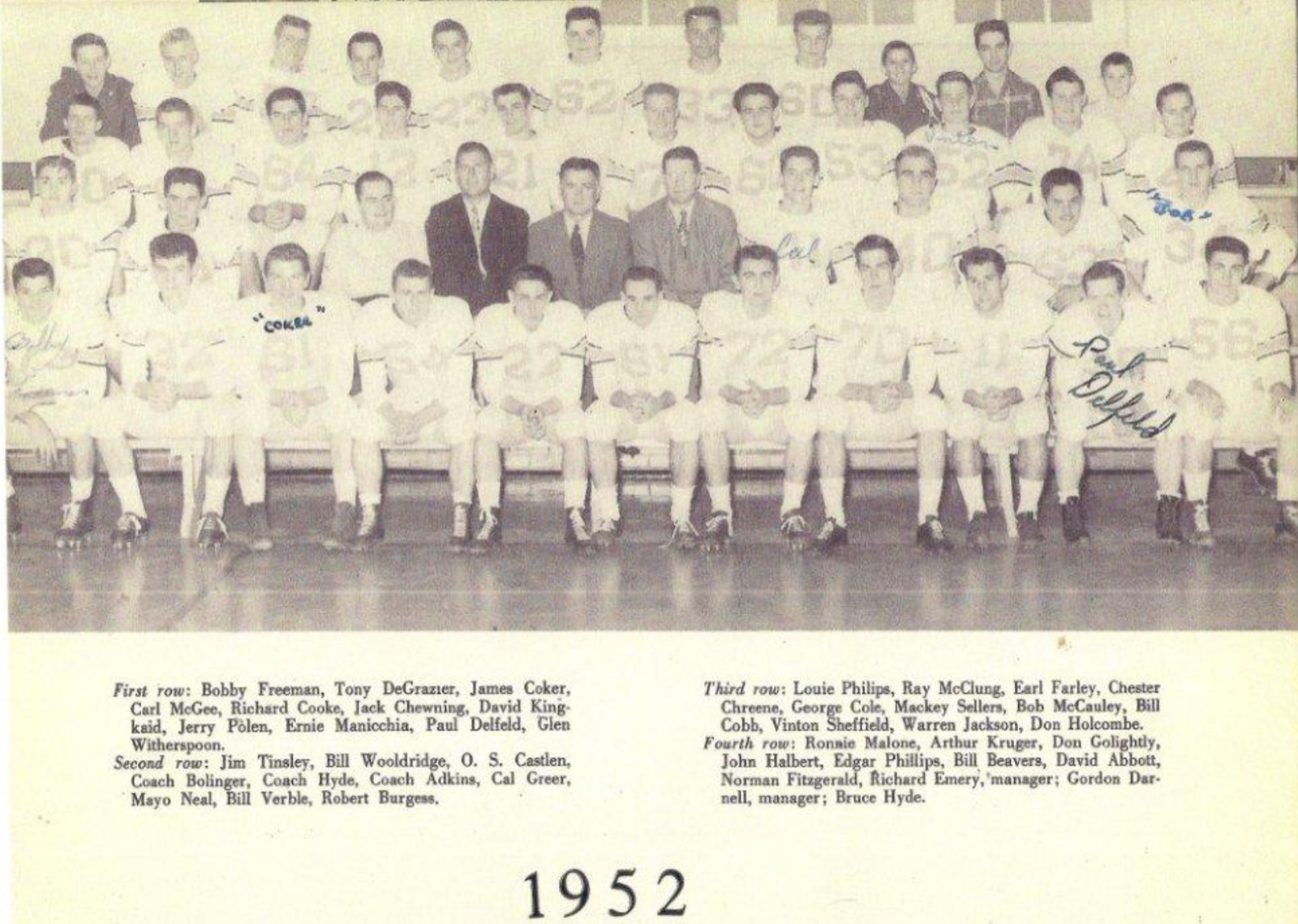 The 1952 North Dallas football team went to the Class 4A state championship.

On Friday, Oct. 15, 2010, members of the 1952 North Dallas football team were recognized before the Bulldogs’ Homecoming game against Molina at Franklin Field. The 1952 Bulldogs advanced to the AAAA state championship game againt Lubbock.

One of the members attending Homecoming in 2010 was Jerry Polen, who played end for the Bulldogs. Polen, now 85, said that in 1952 players “both ways and you play the whole game unless you’re hurt. Polen graduated from North Dallas in 1953. Rufus Hyde was the Bulldogs coach.

Here is what Polen wrote on the North Dallas High alumni website:
The 1952 Bulldog season was outstanding. We worked hard and played hard. Every man knew his job and if anyone was hurt his replacement was ready to go. We were a team. My chance came when Coach Hyde said he was moving DeGrazier to fullback and he wanted to know if I could play left end. I said “Yes” and that I would not let him down. I don’t think I did.
Some of the outstanding players were: Kincaid, the other end. He knew his job and did it. Burgess was the leader, DeGrazier was the work horse. When we needed yardage, Manicchia was the spark plug. It was hard to block for him — You never knew where he was going to run.
Defense had some real bad boys: Coker, Chewning, Verble, Farley, Kincaid, Hearne, Holcolm, McGee. These are just a few, there were many more.
There are two plays that I remember well.  Woodrow was on our 40-yard line. They called a running play right at me. I knew I was going to make the tackle, but their right half led the play. He hit me in the throat with his fist and broke the cartilage in my Adam’s apple. I was sent to Parkland Hospital and in the ambulance I opened my eyes and there was O.S. holding my arm and saying I was OK and we would win the game.
The second play was with the unbeaten San Jacinto Golden Bears. It was a defensive battle. I remember Coker. The man in front of him kept growling at him. Coker got mad. The man had one of those steel face guards. I saw Coker grab it and break it in half. No more growling from that guy. Of course, there was the 62-yard pass that Burgess thew and and kicked the extra point to win 13 to 12.
Road trips were great, good food, good friends, and you always had Manicchia doing something to keep us laughing.
The Lubbock game was a disaster. When your number one quarterback and kicker is out, the chances of winning are slim. We all gave it all we had. Lubbock’s roster out-numbered us about 4 to 1 too. 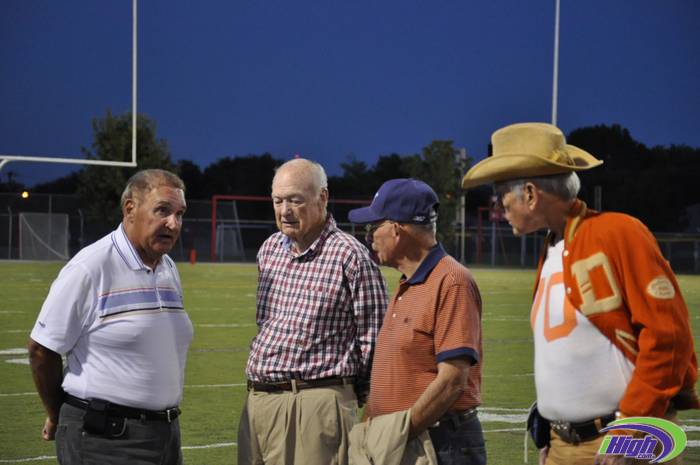 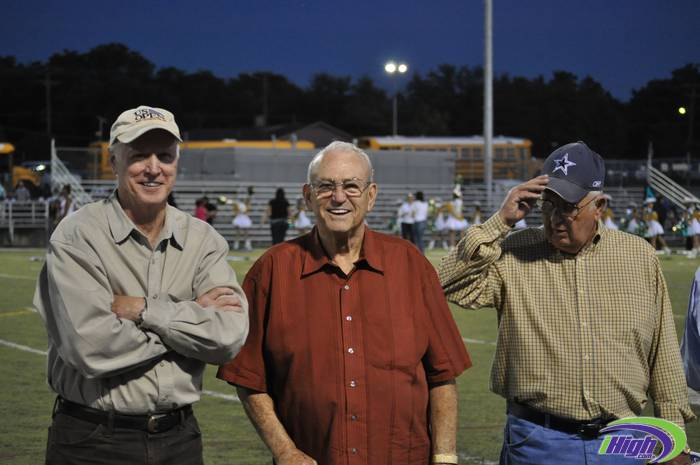 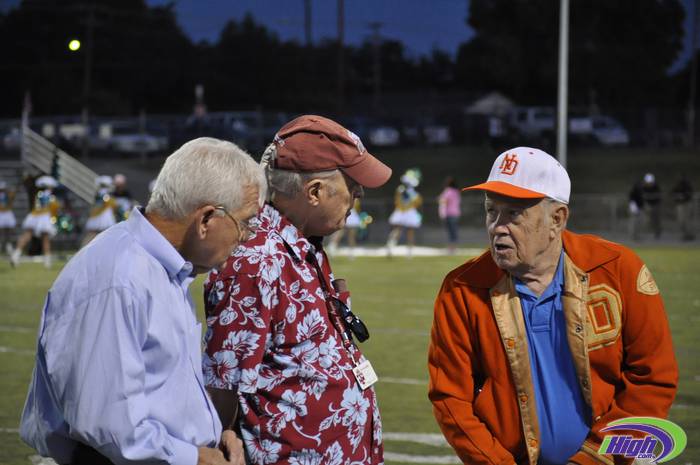 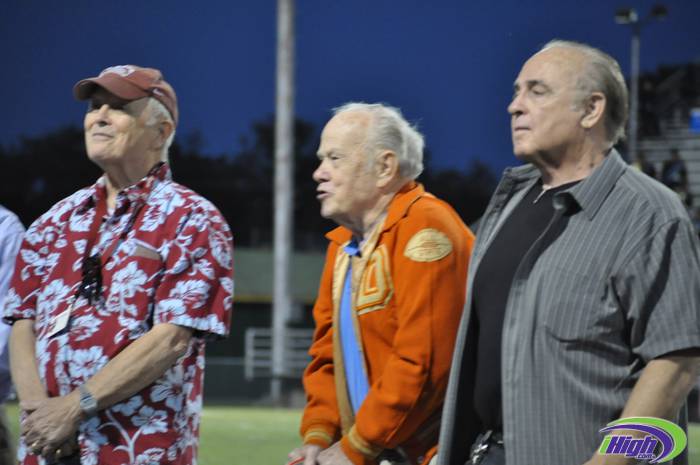 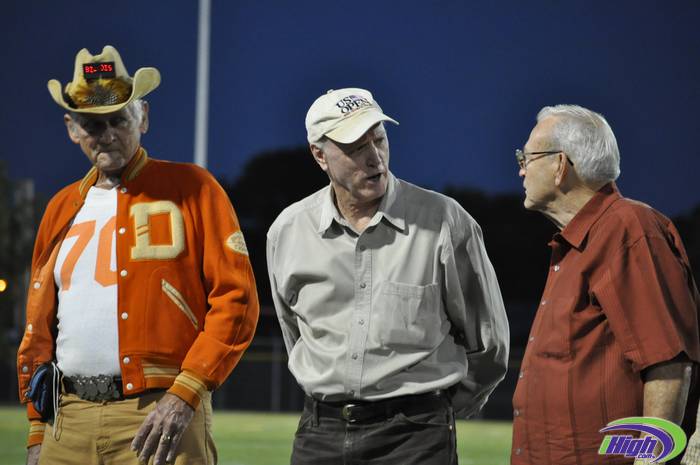 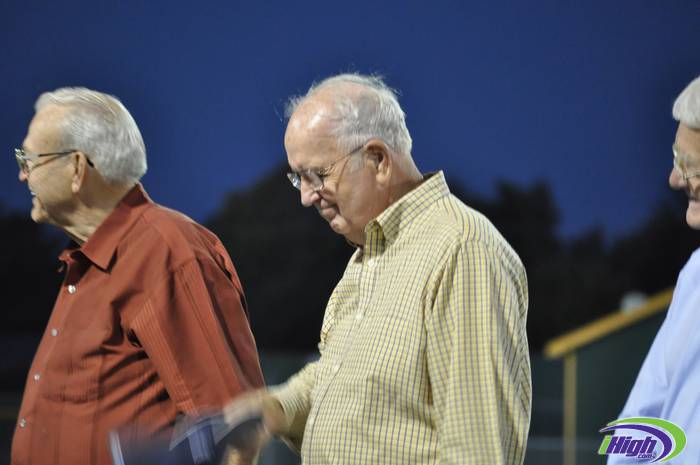 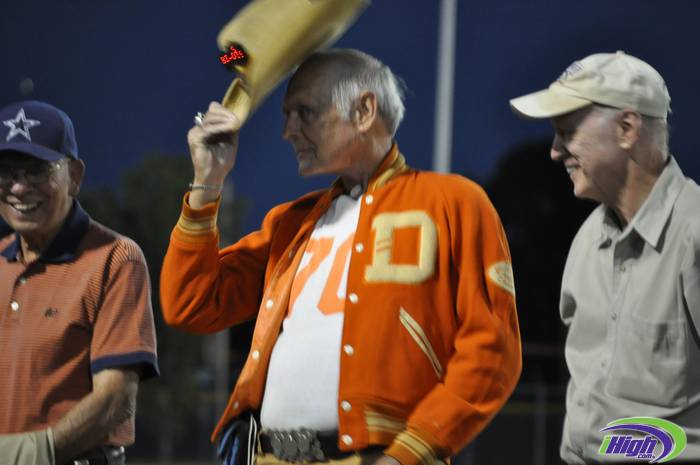 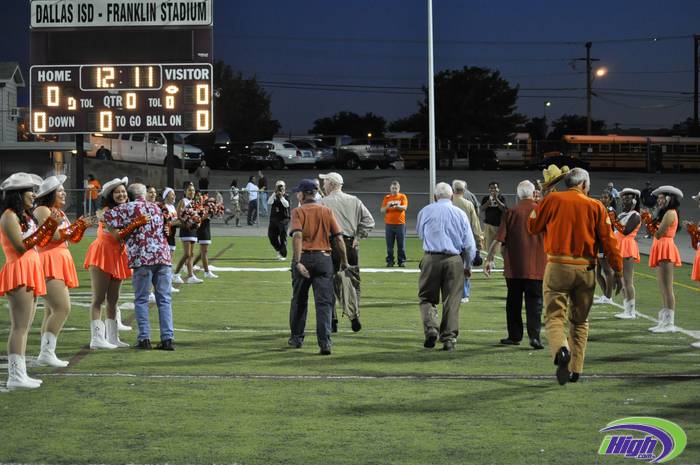 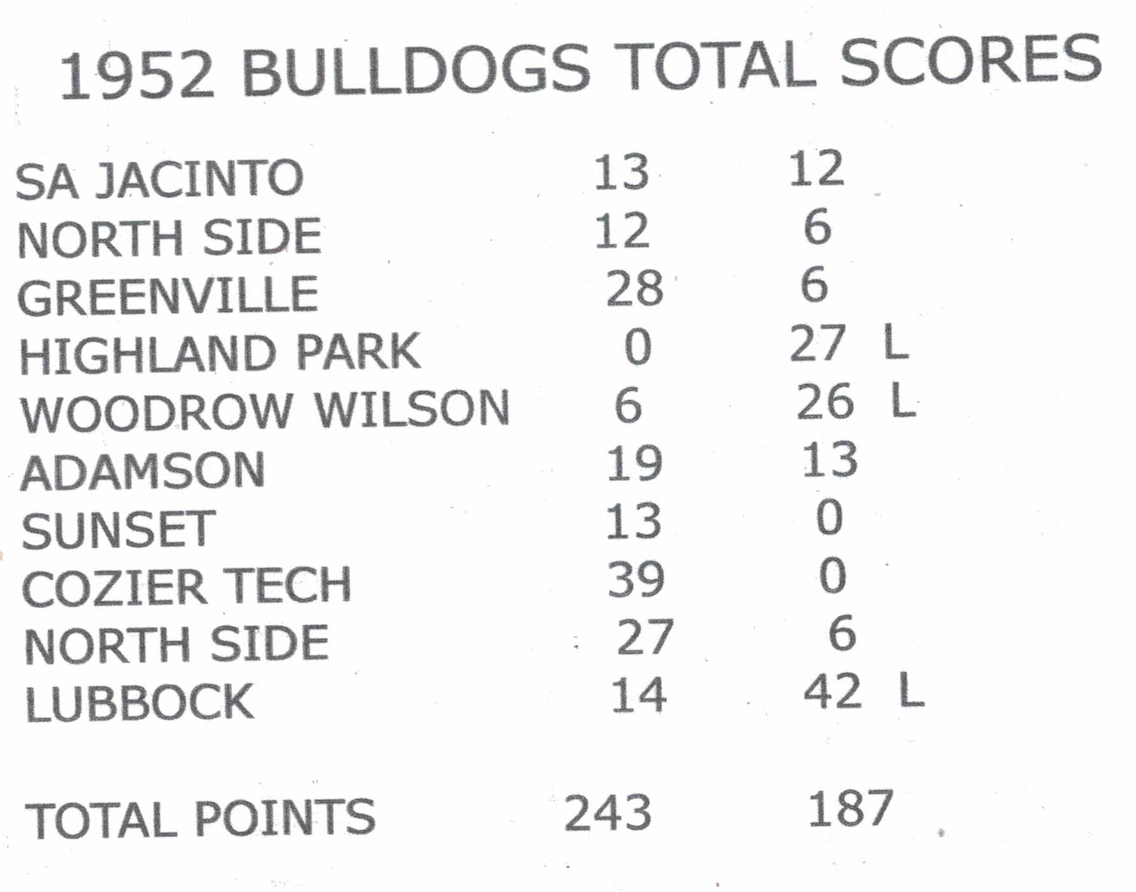 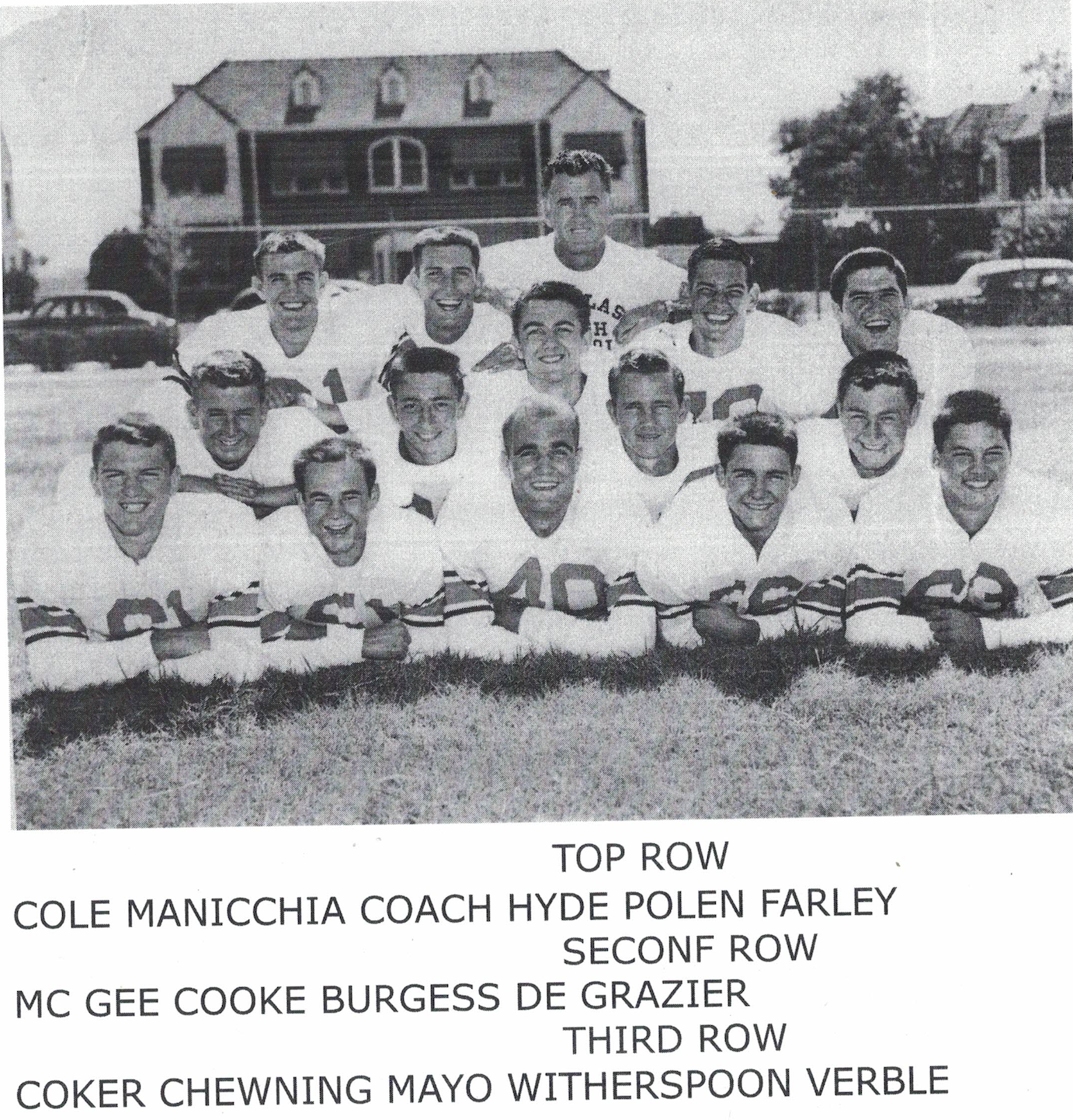