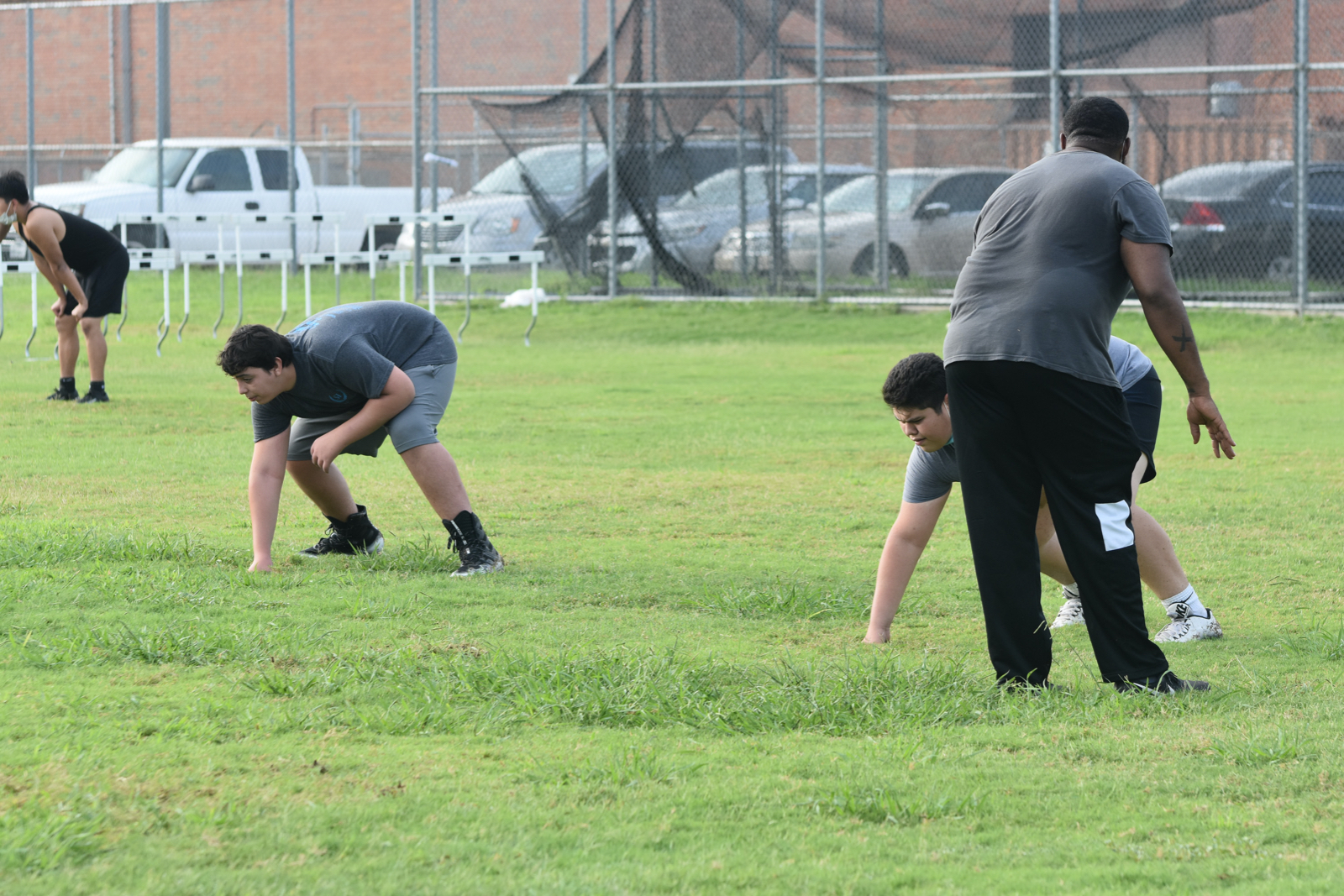 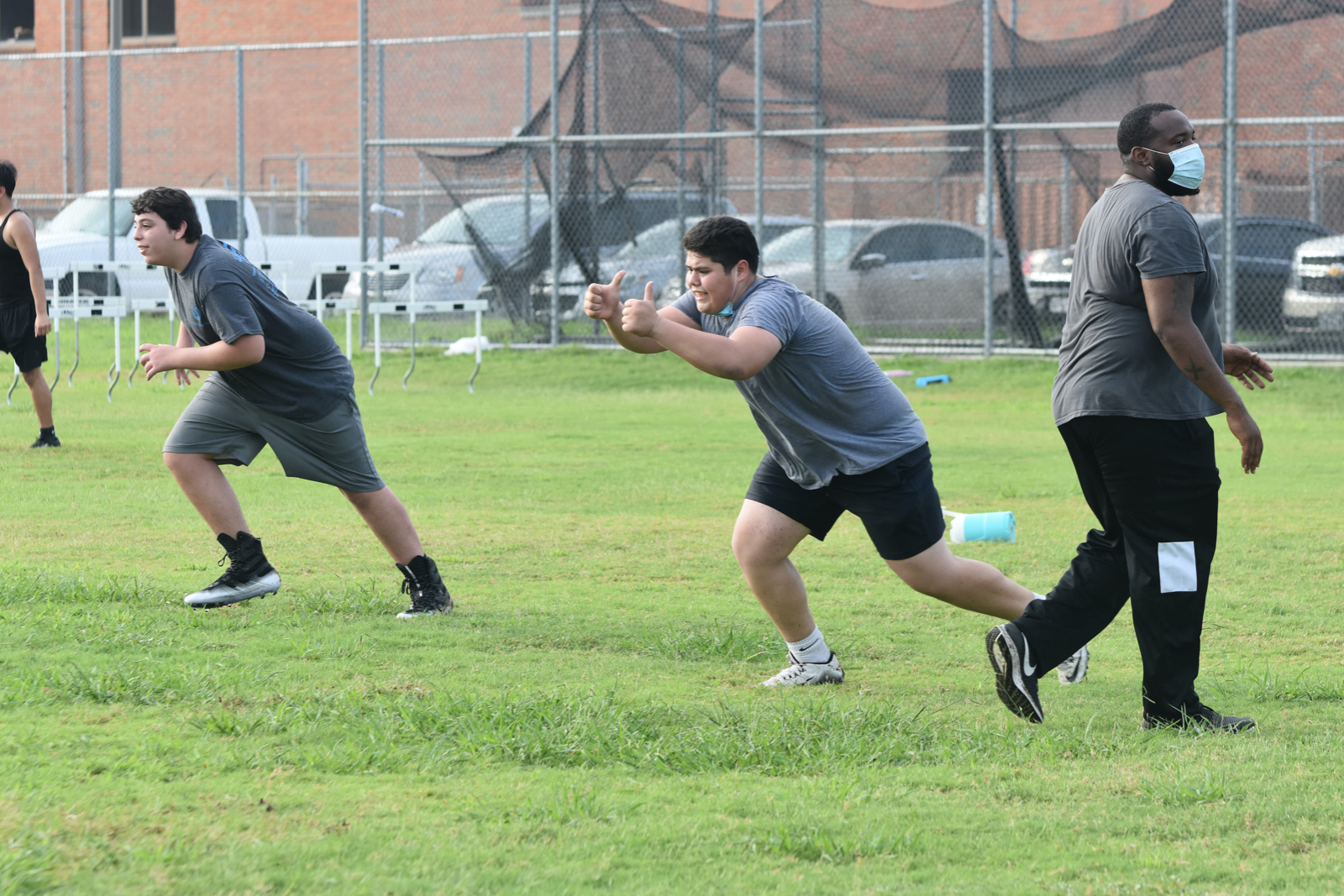 Then the boys take off.

On the first day of conditioning, one of the bigger groups on the North Dallas athletic field was the linemen working out together.

“It all starts there,” said line coach Elijah Perez. “If an O-lineman misses a play, then everything else is messed up. We all recover from that. It all starts from the line.”

Perez was excited talking about this year’s group, but he noted that they’re young.

“The funny thing is that they were freshmen last year. They were just developing. Now this year, of course, during the summer, they got a little bigger, a little stronger. Now they’re playing some football. It’s really exciting. They picked up really fast. They remember everything from last year. So this year is going to be fun.”

Perez said most of them played on junior varsity last year.

“They’re all sophomores,” he said. “They were on JV last year. They’re all moving up this year. It’s going to be fun.”

Perez has high hopes for this group of linemen. 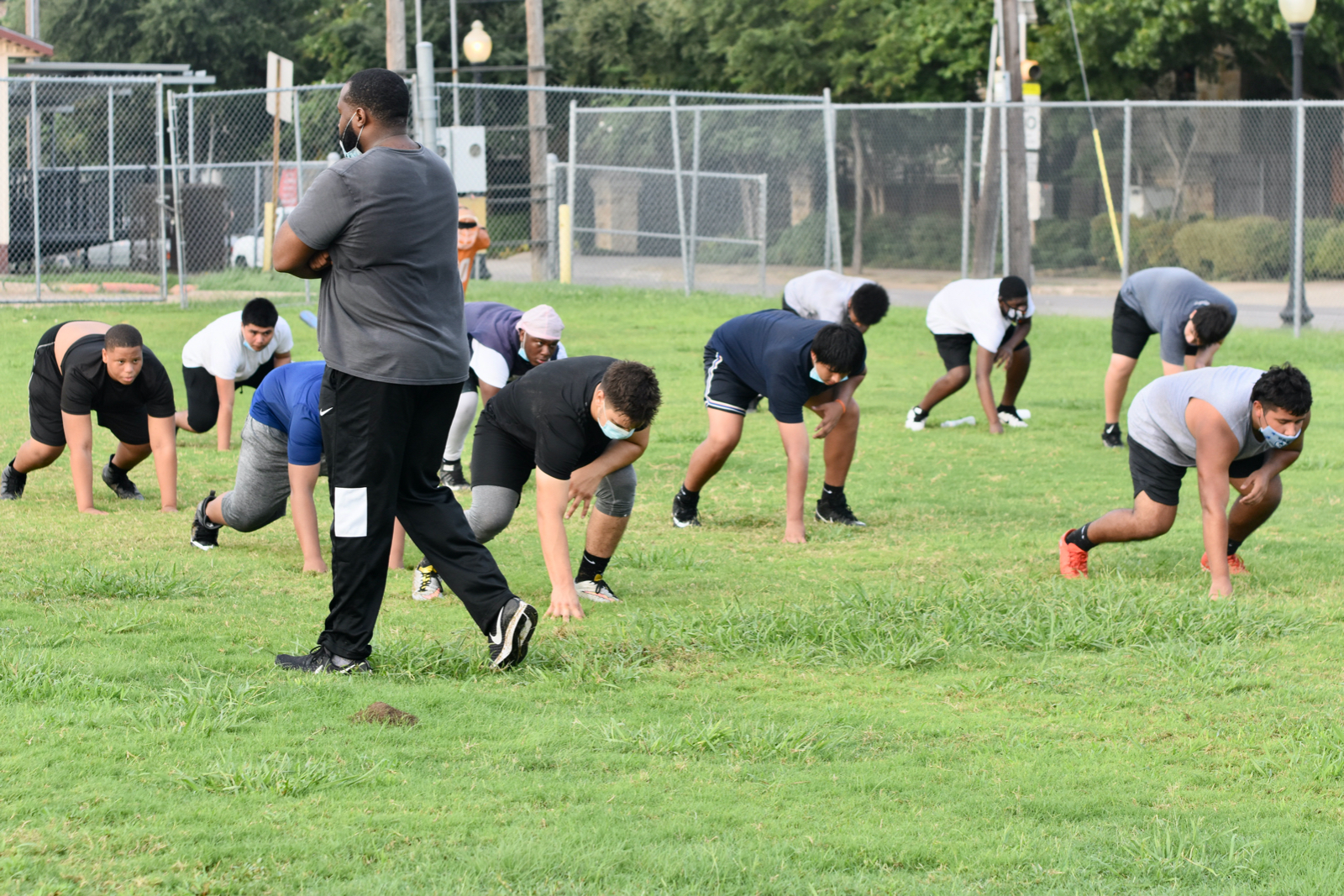 The linemen get in their stance under the watchful eye of Coach Antonio McGhee. 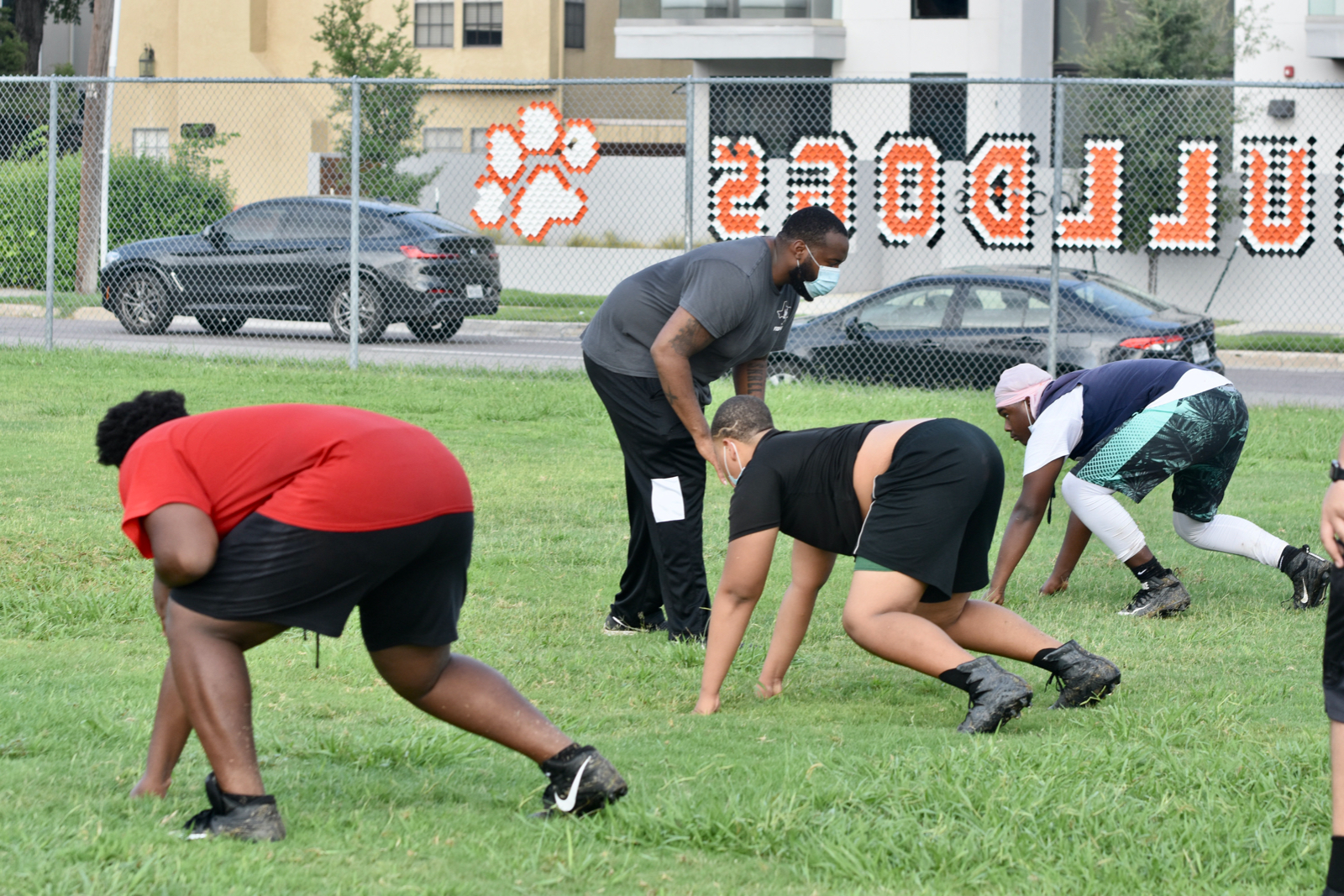 The linemen were one of the larger groups on the first day of conditioning. 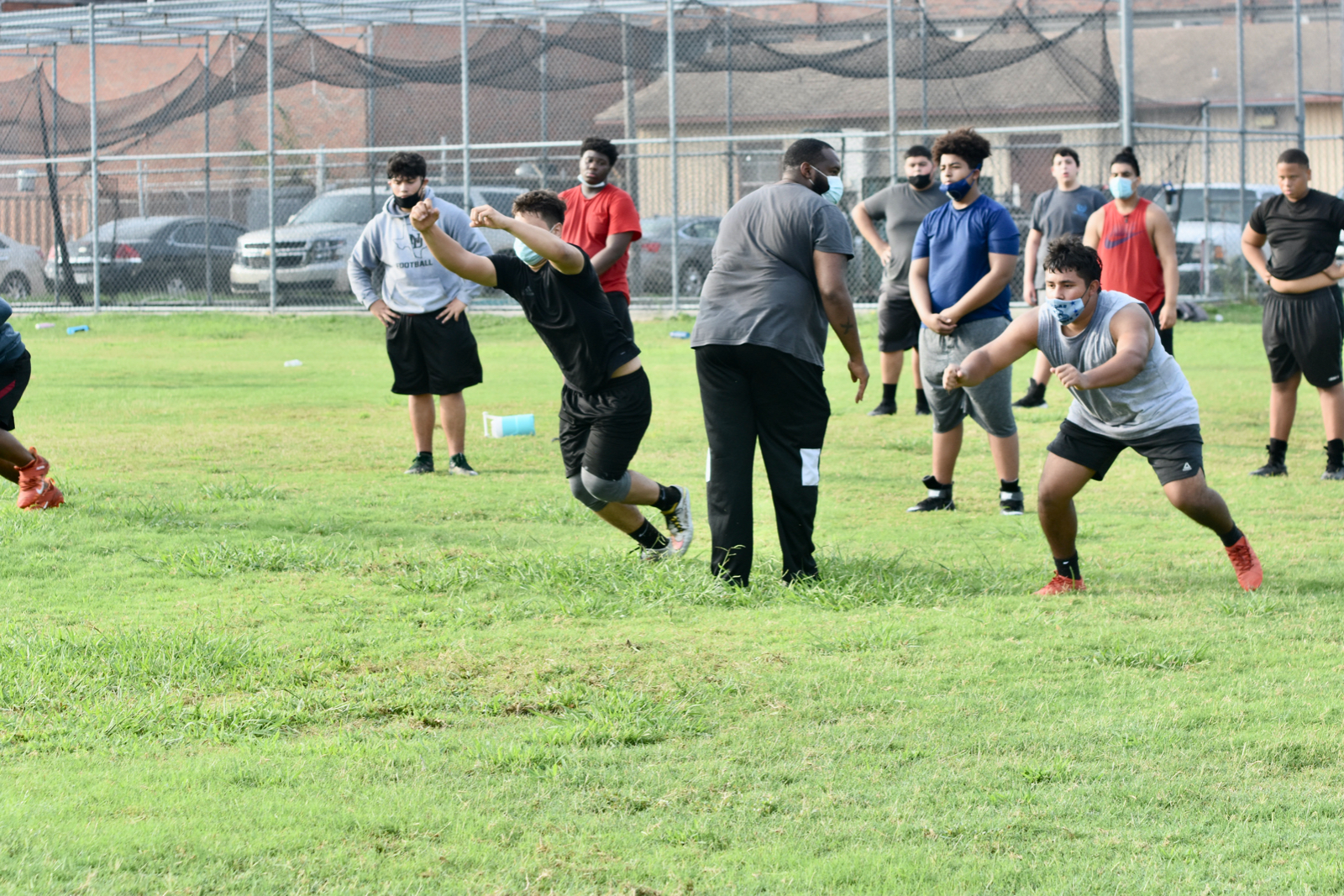 Another group takes off on the right count.