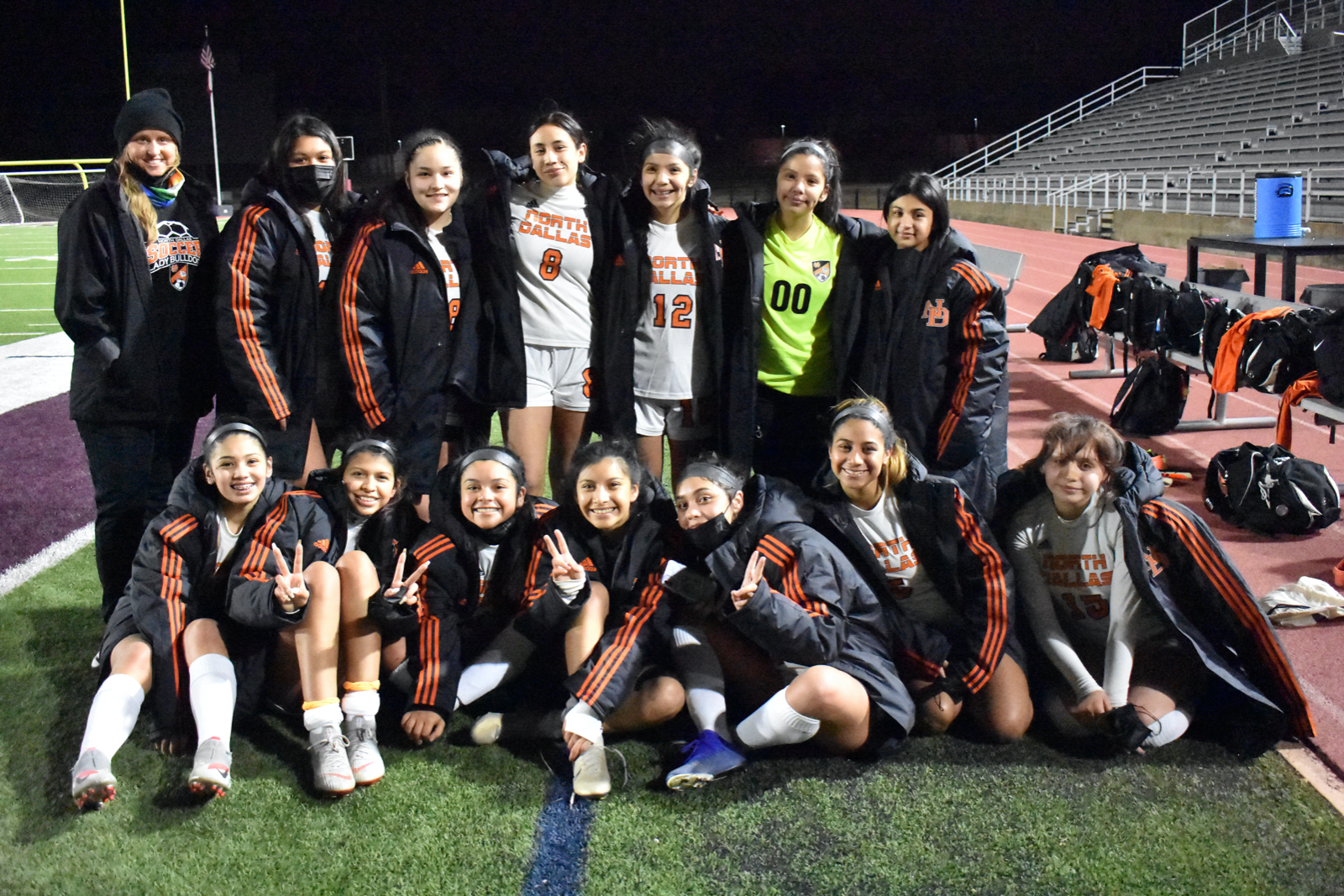 The Lady Bulldogs opened the season with a win over Thomas Jefferson at Loos Stadium.

North Dallas’ Lady Bulldogs opened the season with a 4-1 win over Thomas Jefferson in the Dallas ISD Invitational at Loos Stadium.

The North Dallas JV team fell to North Garland 2-0 on Thursday in the Berkner Ram Cup. They will play against Berkner at 1 p.m. Friday at Berkner HS B Field.

The Lady Bulldogs led 1-0 at halftime on Lucia Arellano’s header into the goal off a corner kick from Isis Balderas.

Anaya Balderas, twin sister to Anais, played goalkeeper for North Dallas and allowed only one TJ goal in the second half.

The North Dallas boys varsity is playing in the Red River Tournament, and will play Bridgeport at 1 p.m. Friday, and then Gainesville at 5:30 p.m.  at Gainesville HS. 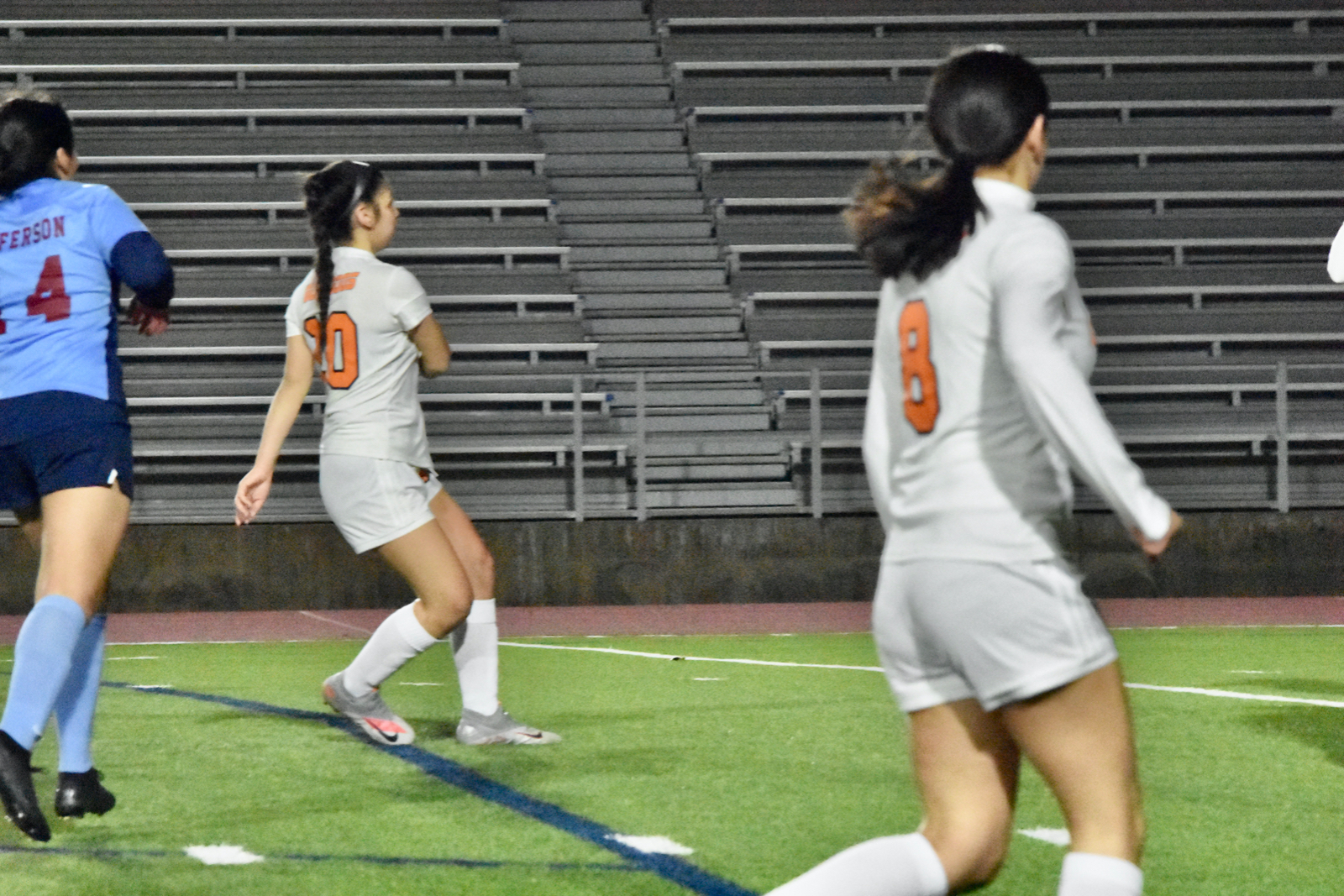 Isis Balderas takes a shot at the goal and scores. 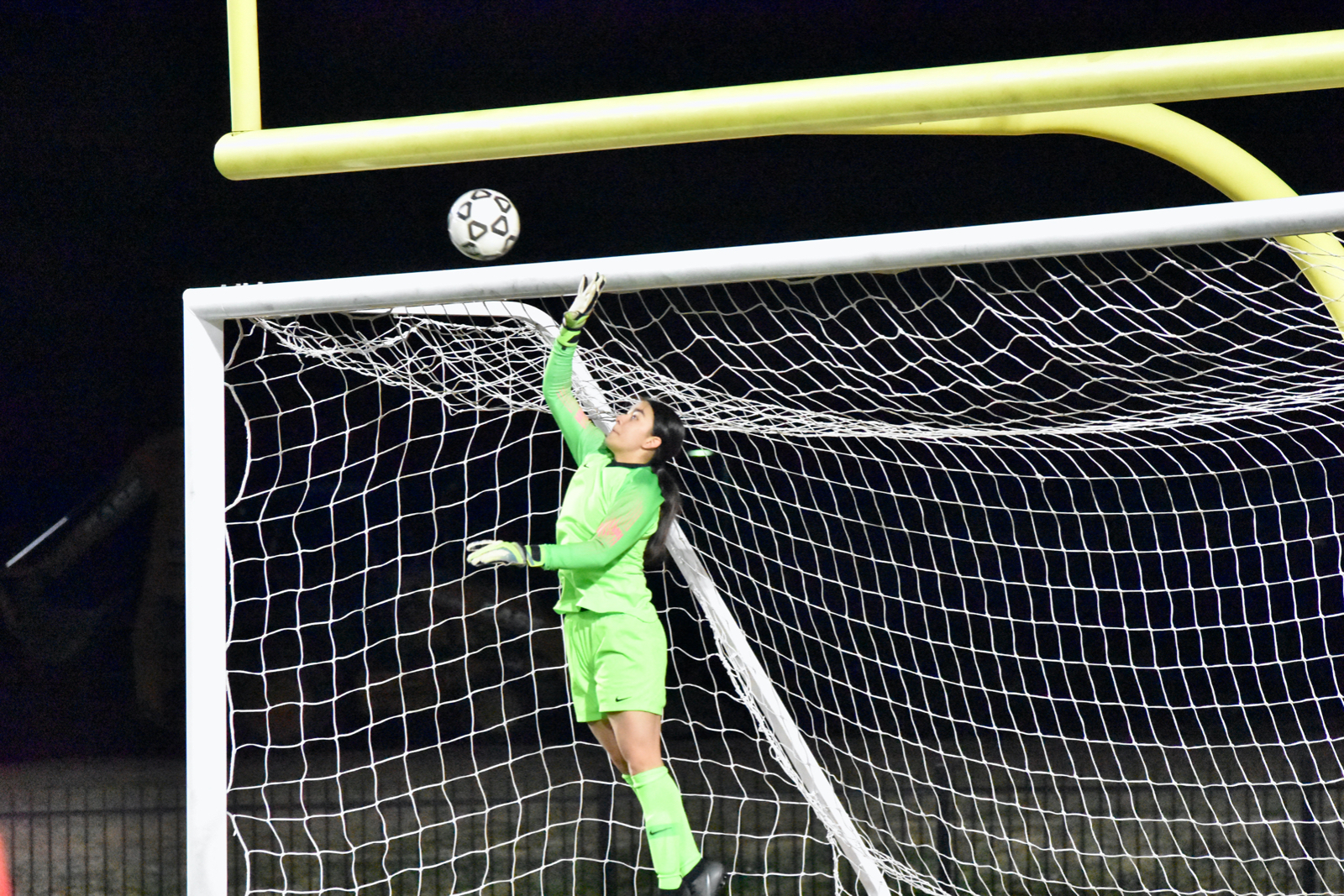 The TJ goalkeeper reaches for the ball, and tips it. 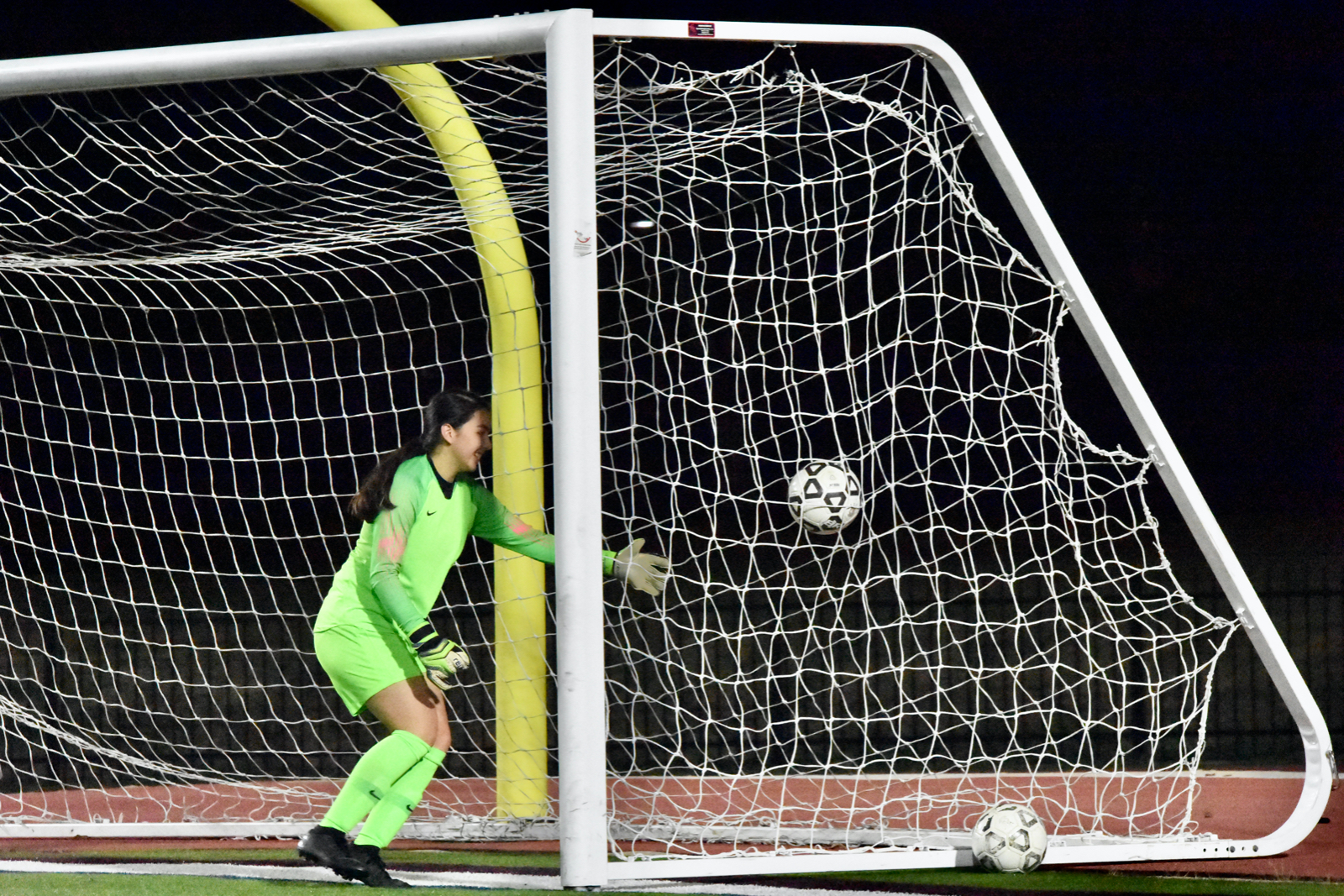 But the ball falls into the goal and gives North Dallas a 2-0 lead. 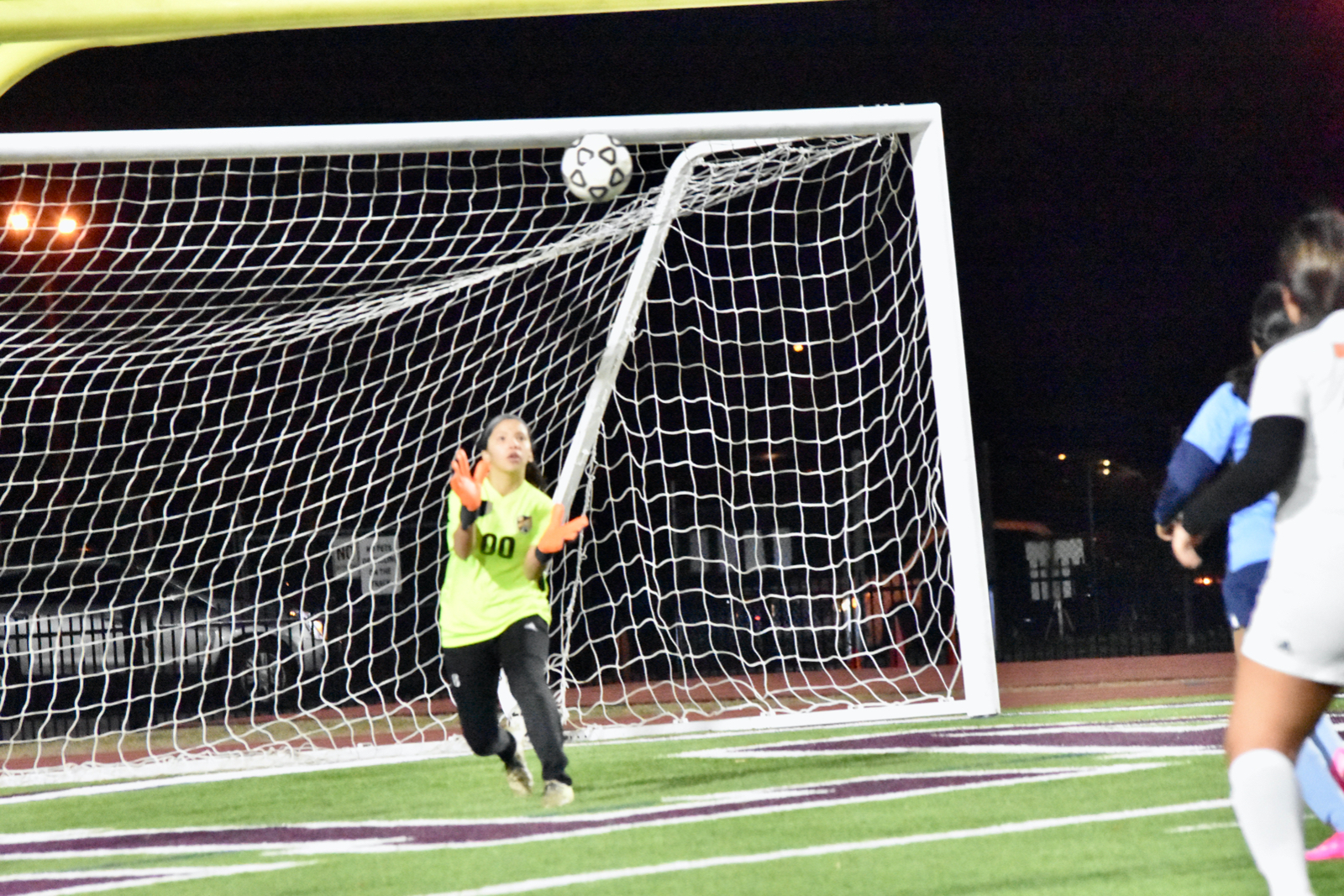 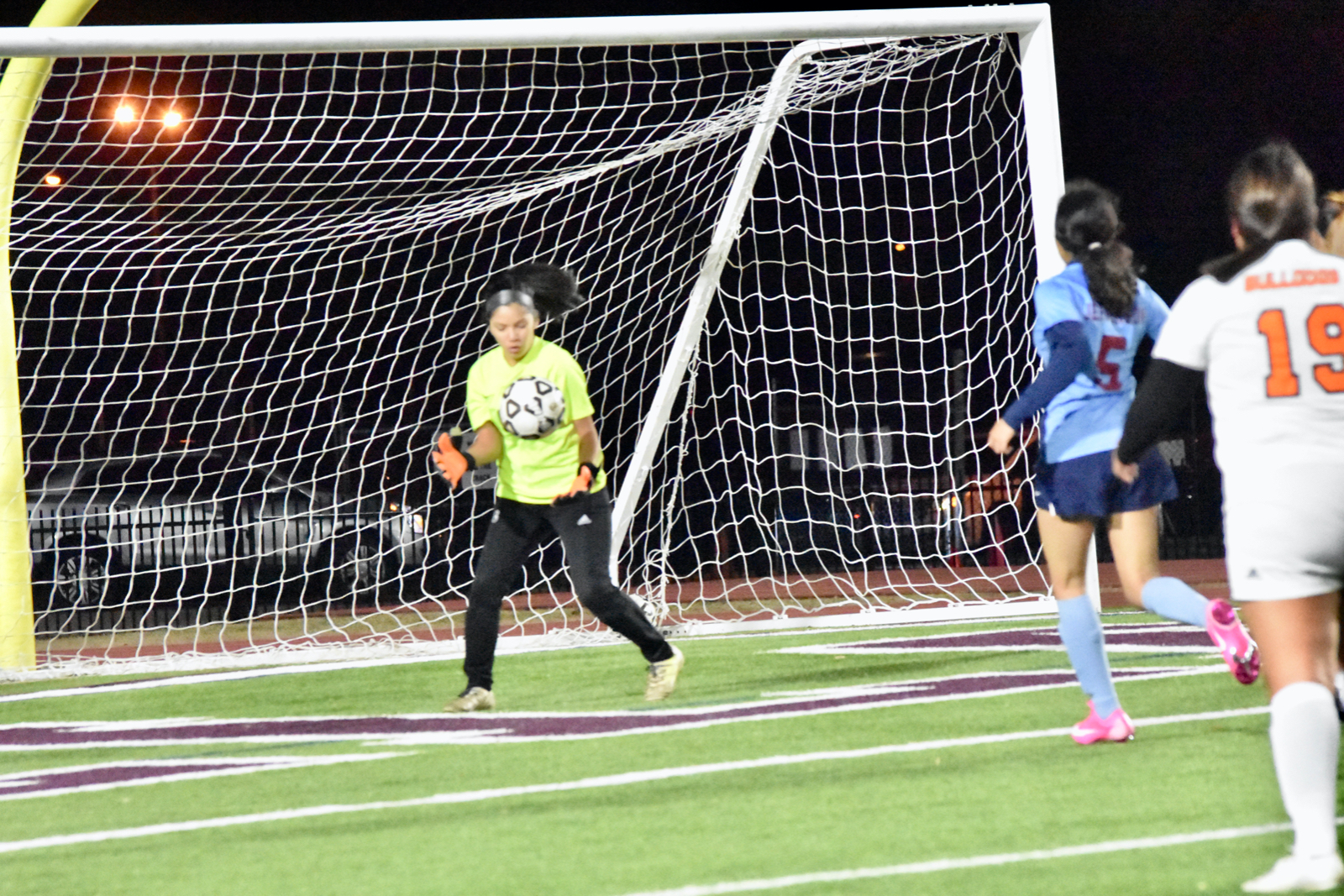 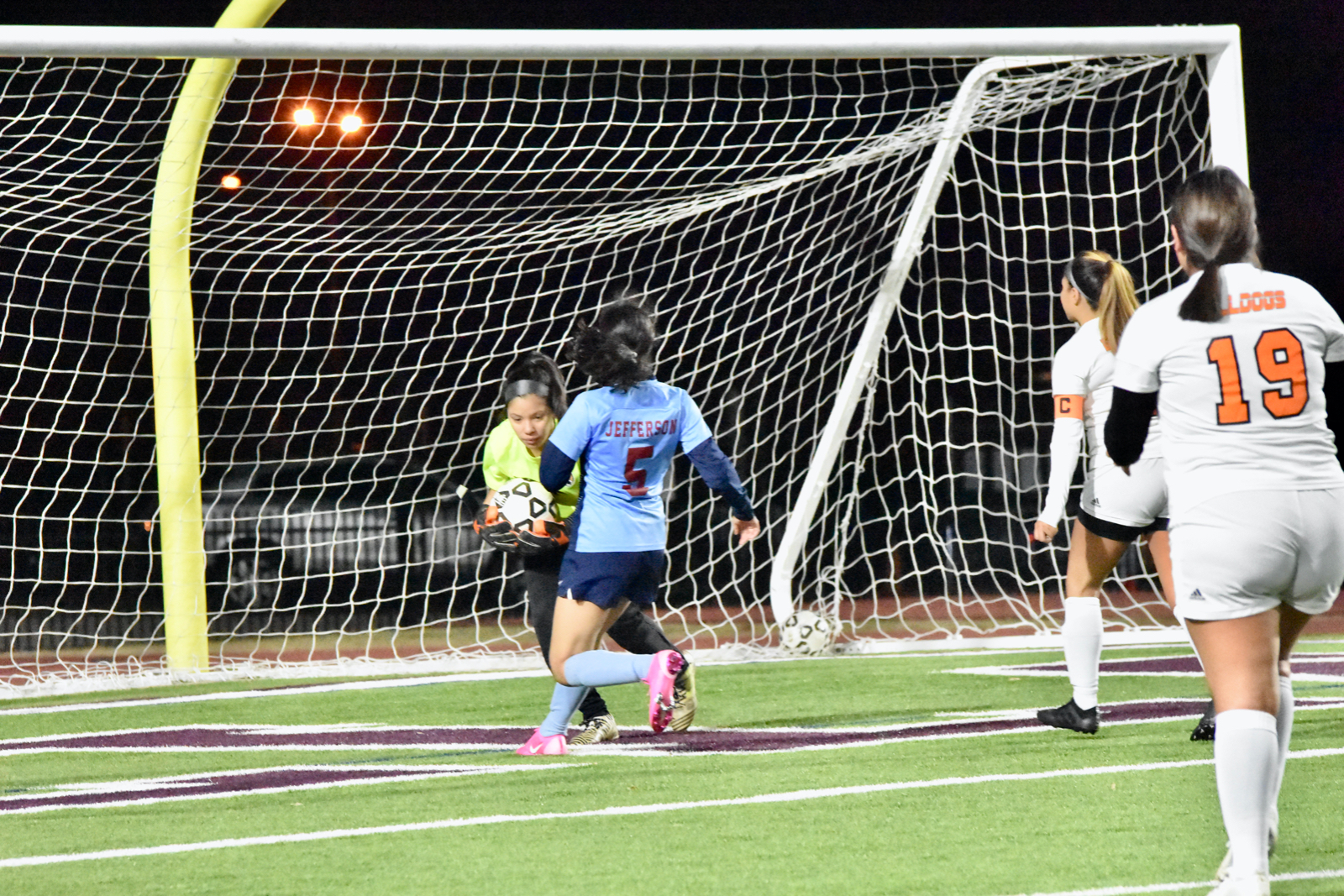 Anaya secures the ball in front of a TJ defender. 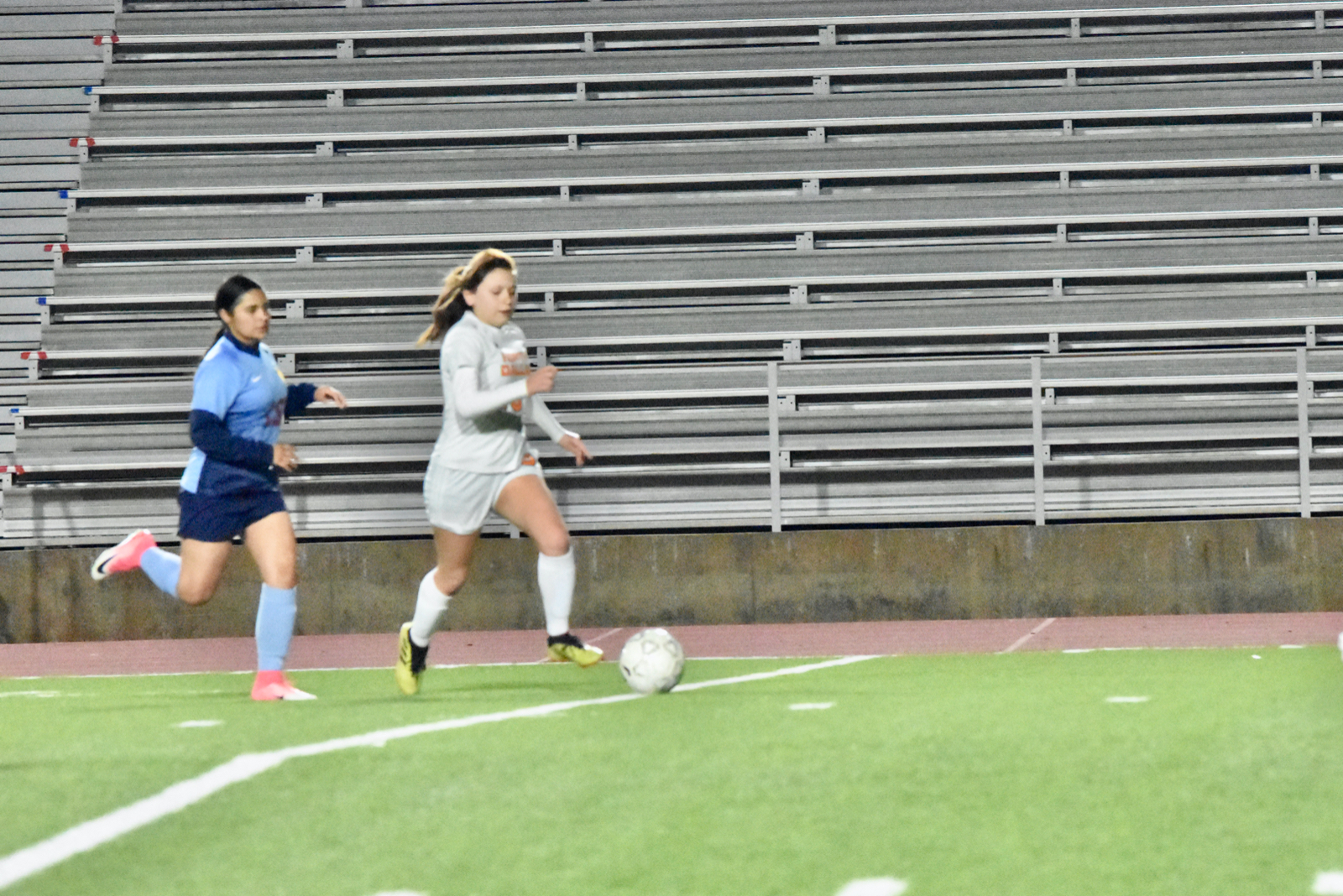 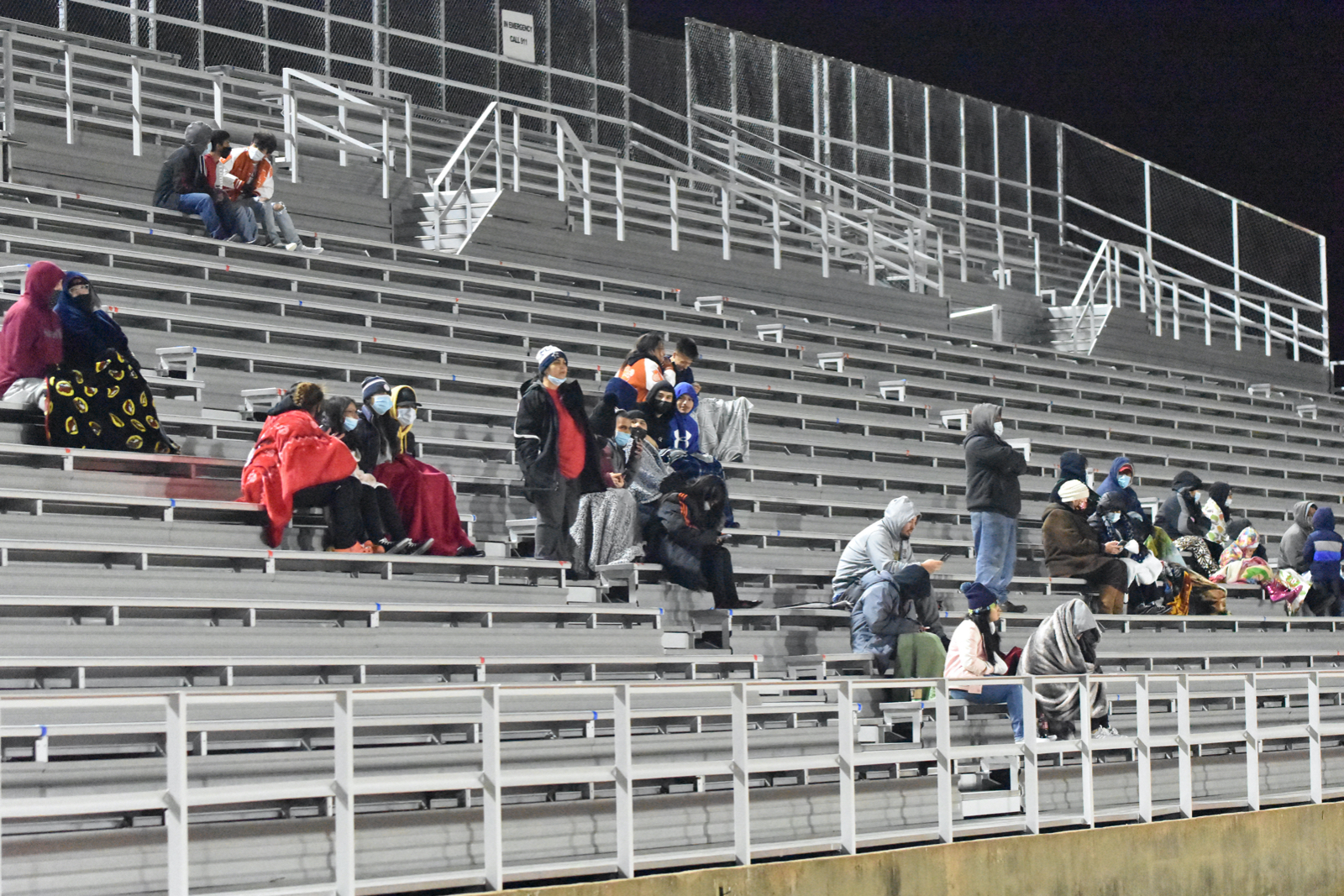 The Lady Bulldogs had a nice turnout for the season opener. 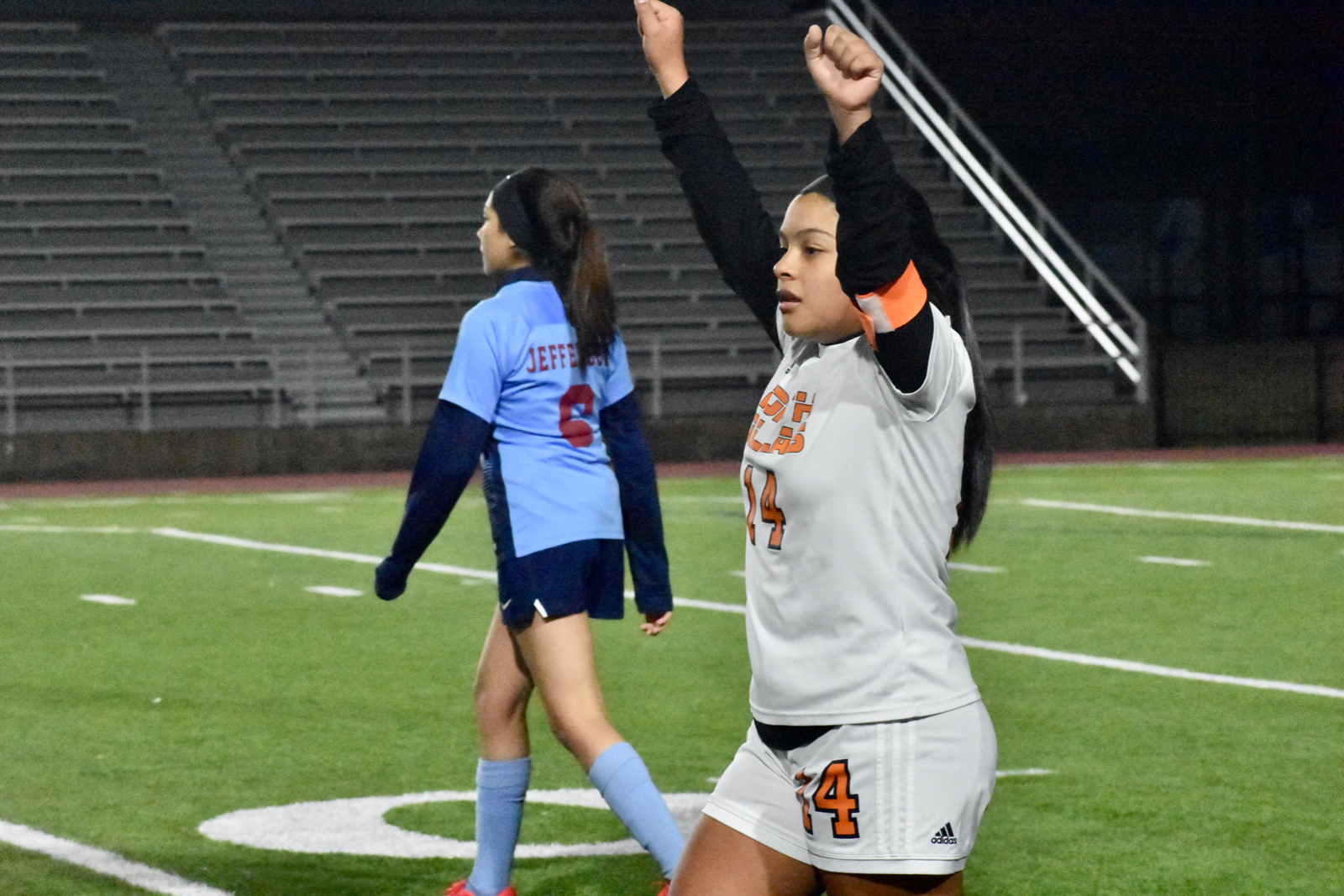 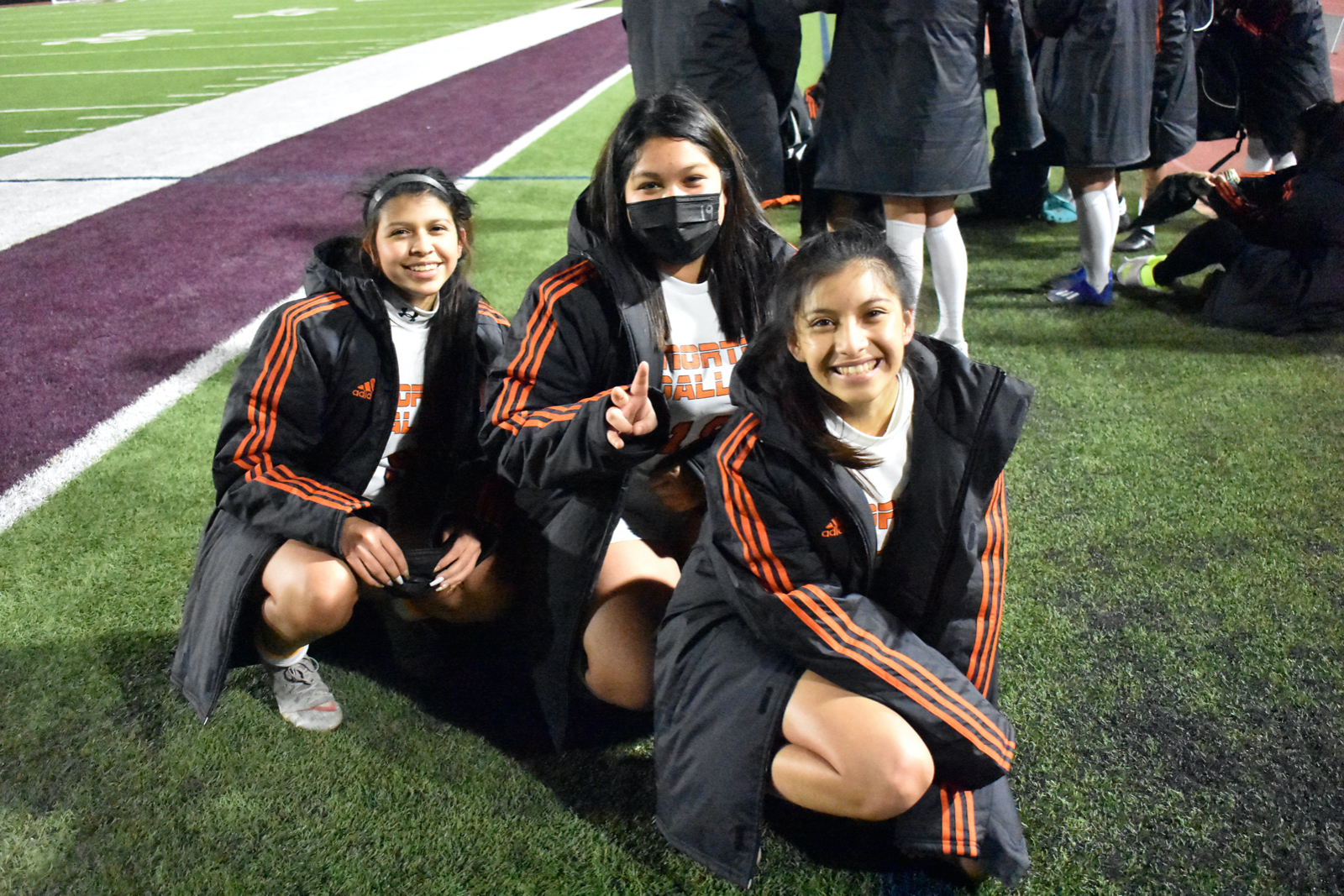 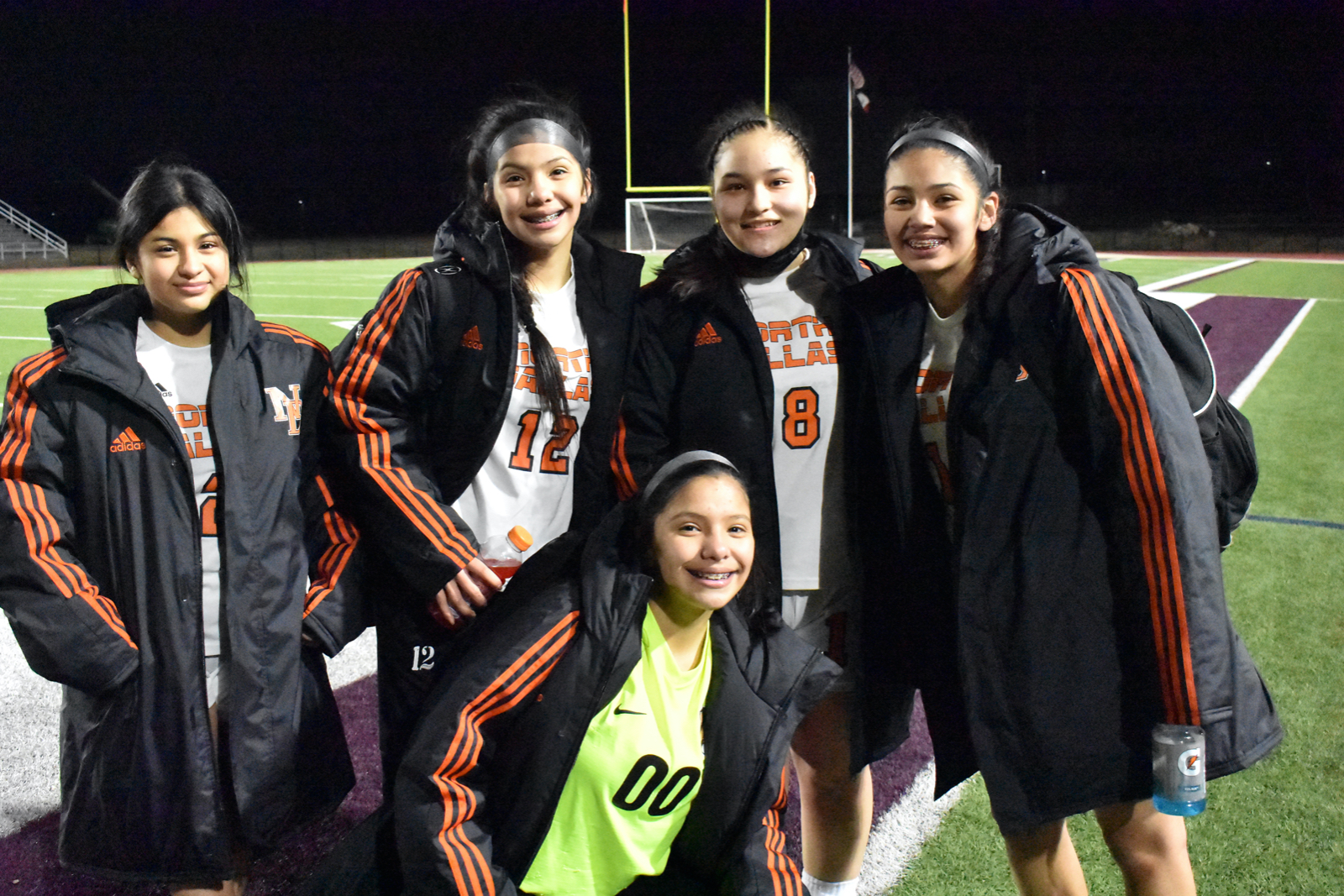