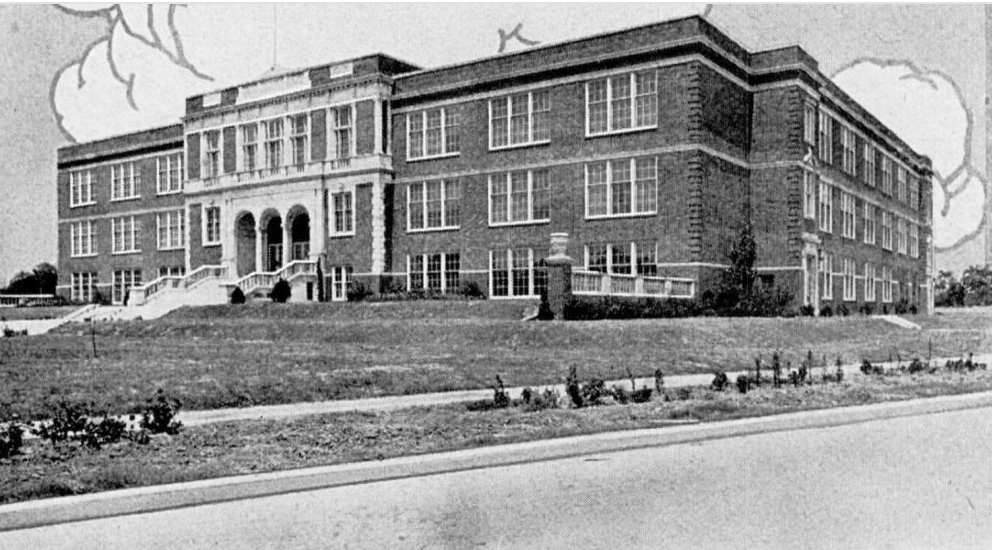 North Dallas in 1922  (Photos are from flashbackdallas.com) 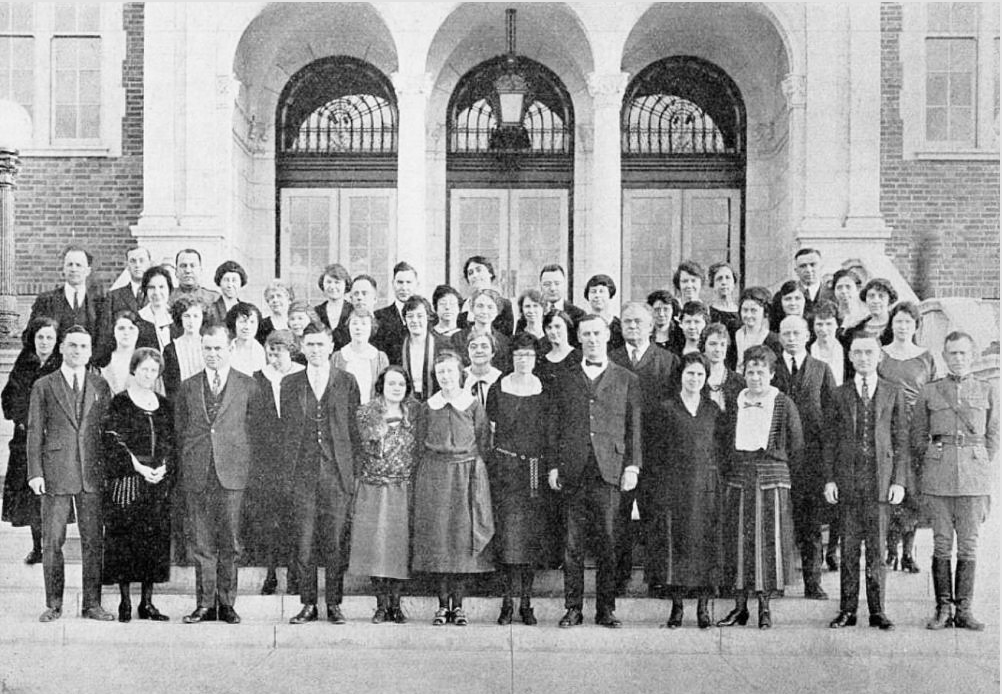 The faculty  (Photos are from flashbackdallas.com)

Editor’s note: The following story is from the “History of North Dallas High School,” written by Dr. Bobby Temple (ND Class of 1947).

That spring, the school opened to freshmen and sophomores, who were mostly transfers from Bryan Street High School (later renamed Crozier Tech). It was reported that 650 students enrolled that first day, and total enrollment that first semester reached 730.

E.B. Comstock, who transferred from Fannin Elementary, was the principal, along with 22 teachers that spring semester.

There were no lockers or window shades, and classes were continually interrupted by workers installing seats in the auditorium. The lunchroom didn’t have any acoustic tile on the ceiling, and the noise from the lunchroom could be heard all over the building.

In 1923, the lunchroom prices included a bowl of soup and crackers, a hamburger, milk or desserts — each item was 5 cents; and a plate lunch or chili — each item was 10 cents.

Only half of the building was used during the first semester. The laboratories for junior and senior classes was still under construction. 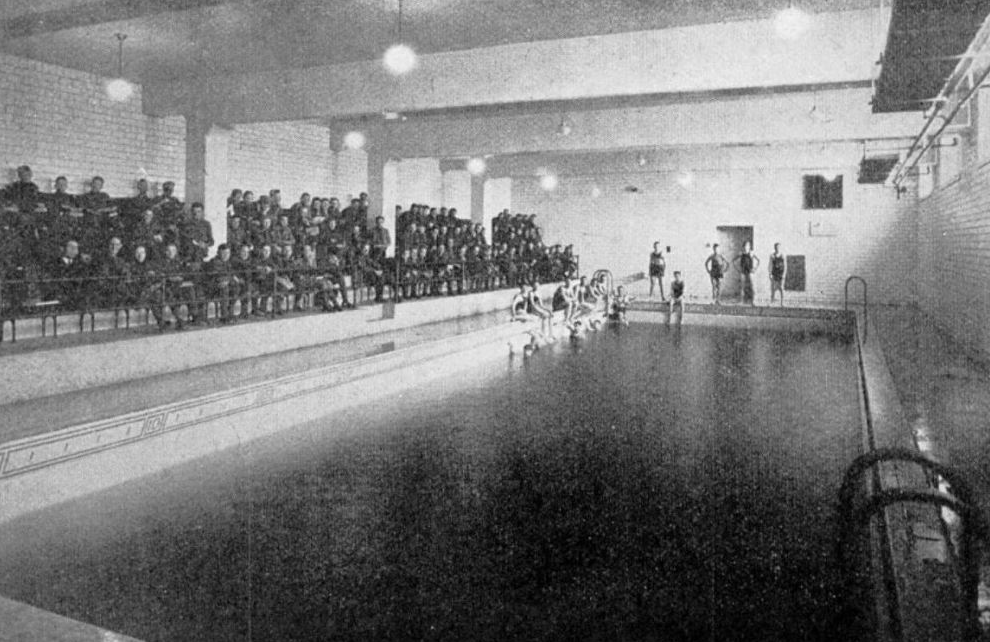 The swimming pool  (Photos are from flashbackdallas.com)

At that time, North Dallas was the most up-to-date school in the city, and the only school with its own indoor swimming pool, although the pool wasn’t quite finished at the time classes began.

The sidewalks around the school were not built until later, and students planted grass during their study periods.  The street in front of the school was a dirt road.

In September, classes were open to all classifications, but no boundary lines were established for the school. The school board got a big surprise when 1,900 students tried to squeeze into a building designed to hold 1,200 students. The school board set Swiss Avenue as a boundary line and students living on the other side of that street were sent back to their former schools.

That fall, the faculty was completed, and upper classmen transferred to North Dallas. The students selected the well known North Dallas emblems, the North Star and the Viking.

The 1925 Viking yearbook explained the emblems: “We should strive to remember the better qualities of our Norse ancestors and be true Vikings. The Star, which was their guide, may well be our own, with its five points symbolizing Faith, Loyalty, Courage, Determination and Ambition.”

On Nov. 3, 1922, the senior students selected a small Vikings ship as the emblem for their senior rings. The football team mascot —  “Bulldog was handed to us as a nickname” — that fall semester. The library and swimming pool were open to students in November. The school colors — orange and white — were adopted in 1926.

The June 1923 class was the first to graduate from North Dallas, and it consisted of 78 students.

On May 19, 1922, several thousand people attended the formal opening of North Dallas High School. Clinton P. Russell and Dr. Justin F. Kimball, the school superintendent, gave speeches at the ceremony, and W.E. Greinder, president of the school board, presented the school to the city.

Clinton P. Russell was considered the founding father of North Dallas, and is credited with conceiving the idea of the school. He designed the imposing archways in the school’s front entrance. He also personally supervised the construction of the building and every day for two years, he visited the site.

The school’s original plans and specifications were drawn up by William B. Ittner, a noted architect from St. Louis, Missouri, who designed about 500 schools across the country.

North Dallas’ architectural style is a “Romanesque Revival” style initiated by architect Henry Hobson Richardson. The cost of the construction was $800,000. 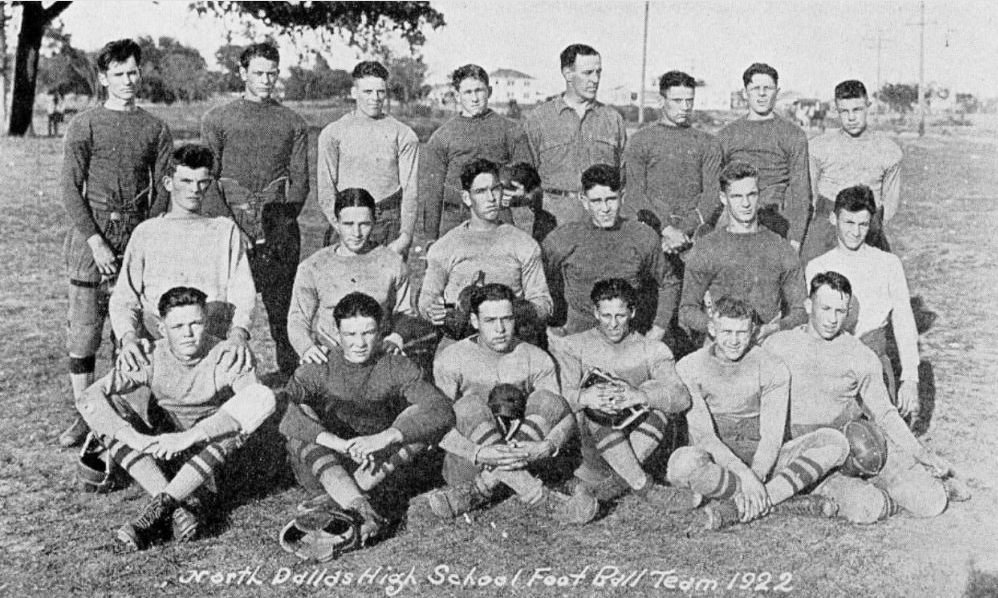 J.A. Wilson was the football coach. The first game was against a Fort Worth high school. Principal Comstock dismissed school early that day, and warned everybody to drive carefully. Turns out five cars were caught speeding in Grand Prairie, and Comstock’s car was one of them.

North Dallas won all but one of its preseason games in 1922. Then the Bulldogs lost all their district games. All home games were played on the football field behind the school. North Dallas was the first Dallas school to have cheerleaders. In 1924, North Dallas tied Oak Cliff High and Forest High for the city football championship. 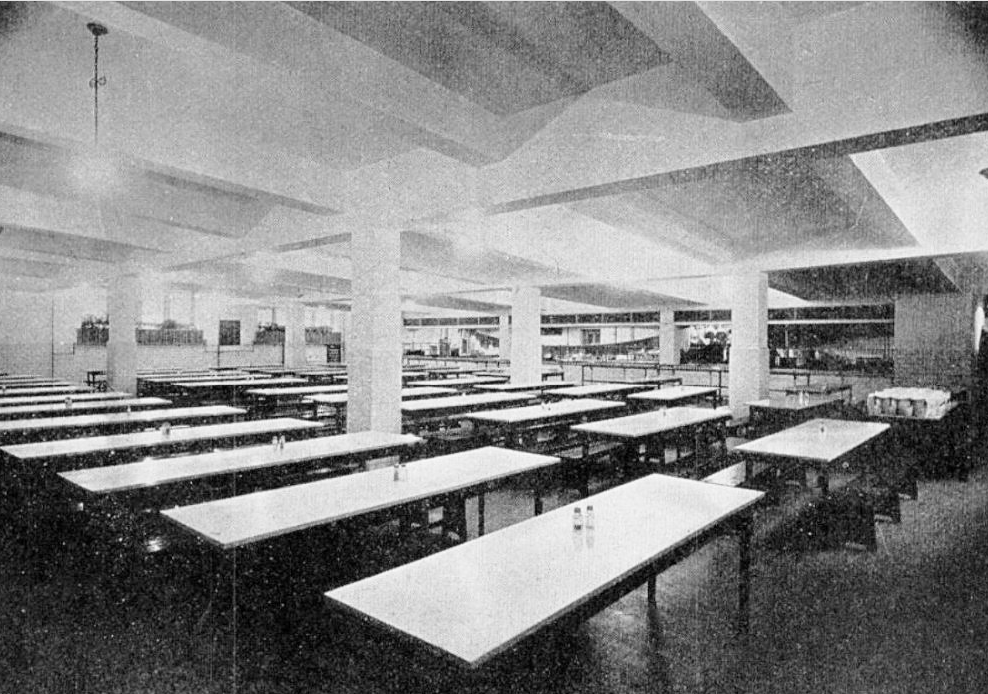 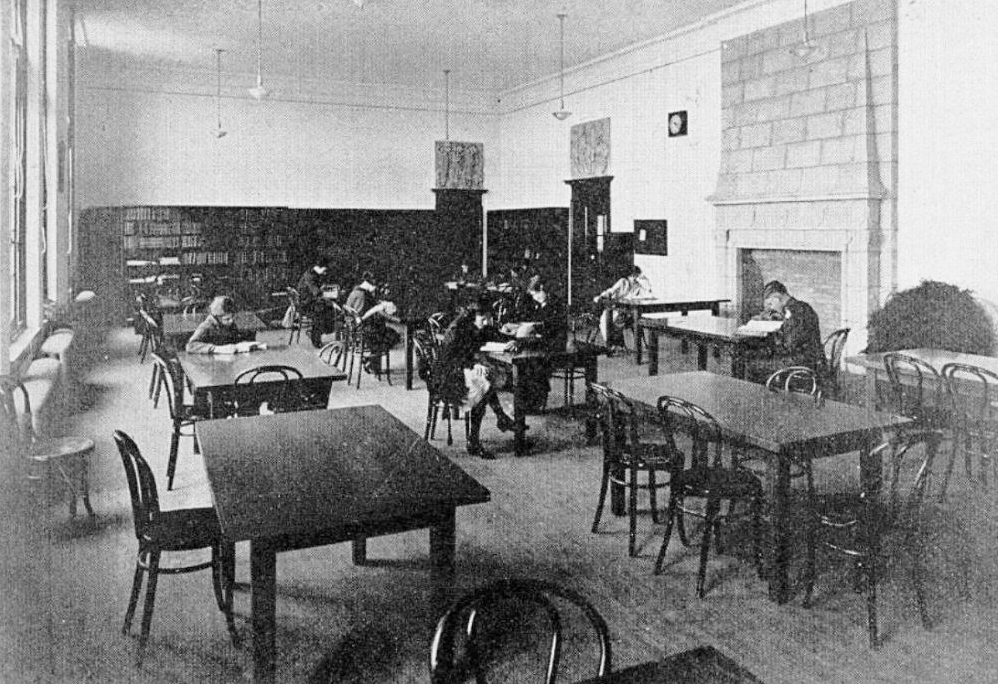