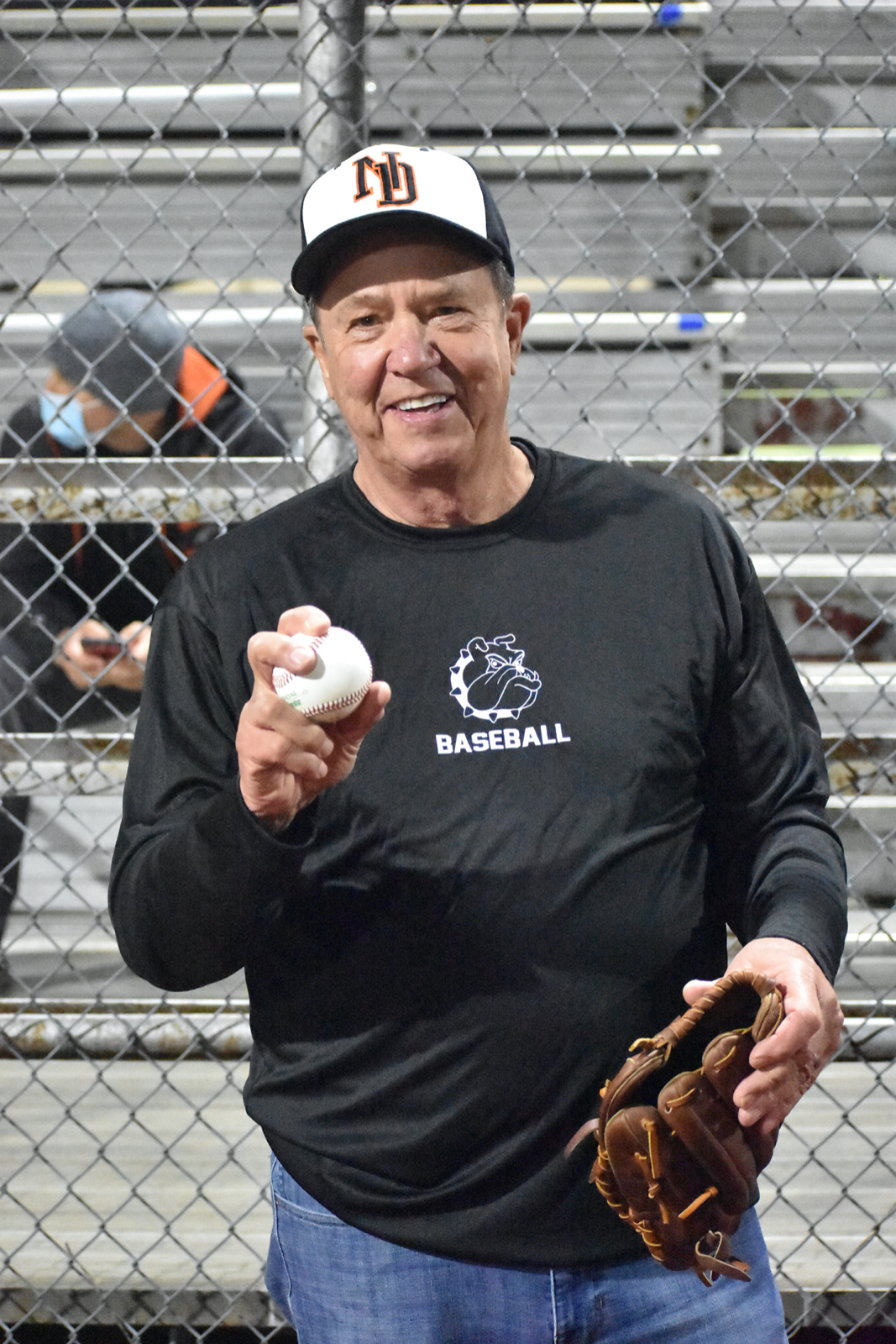 Last month, 74-year-old Frank Miller was looking for somebody to throw a baseball with, and his wife Alice put a notice on social media. The Bulldogs baseball team was among the people who responded and several players spent time throwing with Miller one afternoon at Cole Park.

On Friday, Frank Miller, wearing a North Dallas baseball cap and T-shirt, threw out the first pitch before the North Dallas game against Thomas Jefferson at Higgins Field (next to Sprague Stadium). North Dallas catcher Logan Moreno caught the pitch and gave the ball to Miller.

“First off, it’s been amazing. The experiences we’ve been able to have throughout this period of time has been awesome,” De La Cerda said before the game. “The Texas Rangers organization has been great to us as well. Frank has come out to our practices and he’s been a great fan. But more than that, he’s helped bridge gaps with our school and the community we live in. When you look at the greater picture, it’s actually done wonders.”

De La Cerda also talked about how the game of catch brings people together.

“When you think about catch, it’s something as a little boy you grew up playing,” the Bulldogs coach said. “So it’s the one common denominator between all these groups, all walks of life. So, to play catch with Frank among these young teens, it’s a way to find that common denominator in baseball and love of the game. It’s simple, it’s fun, and everybody can do it. It brings folks together, the simplicity of it. So, playing catch is fun.” 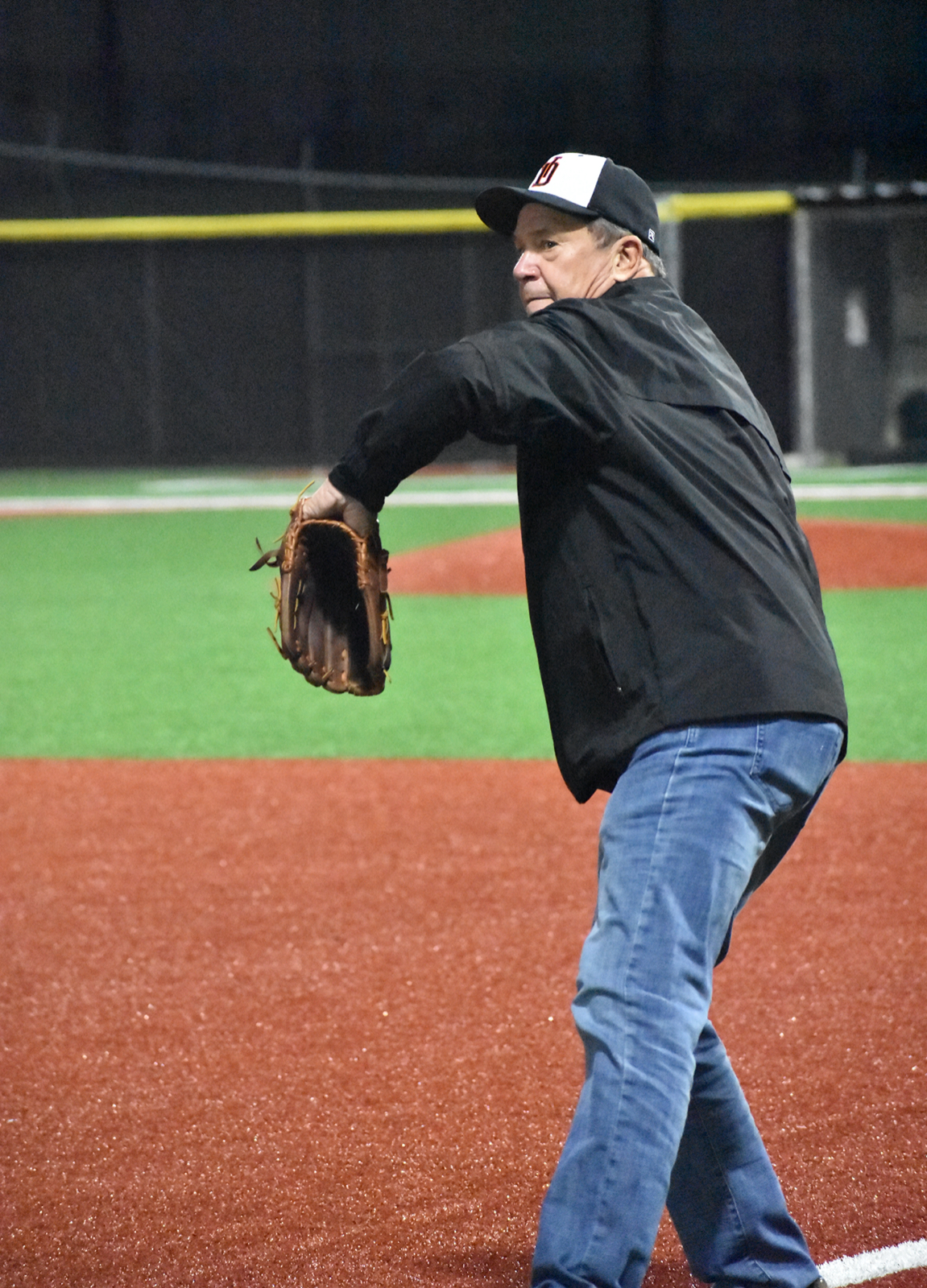 Frank Miller warms up on the field. 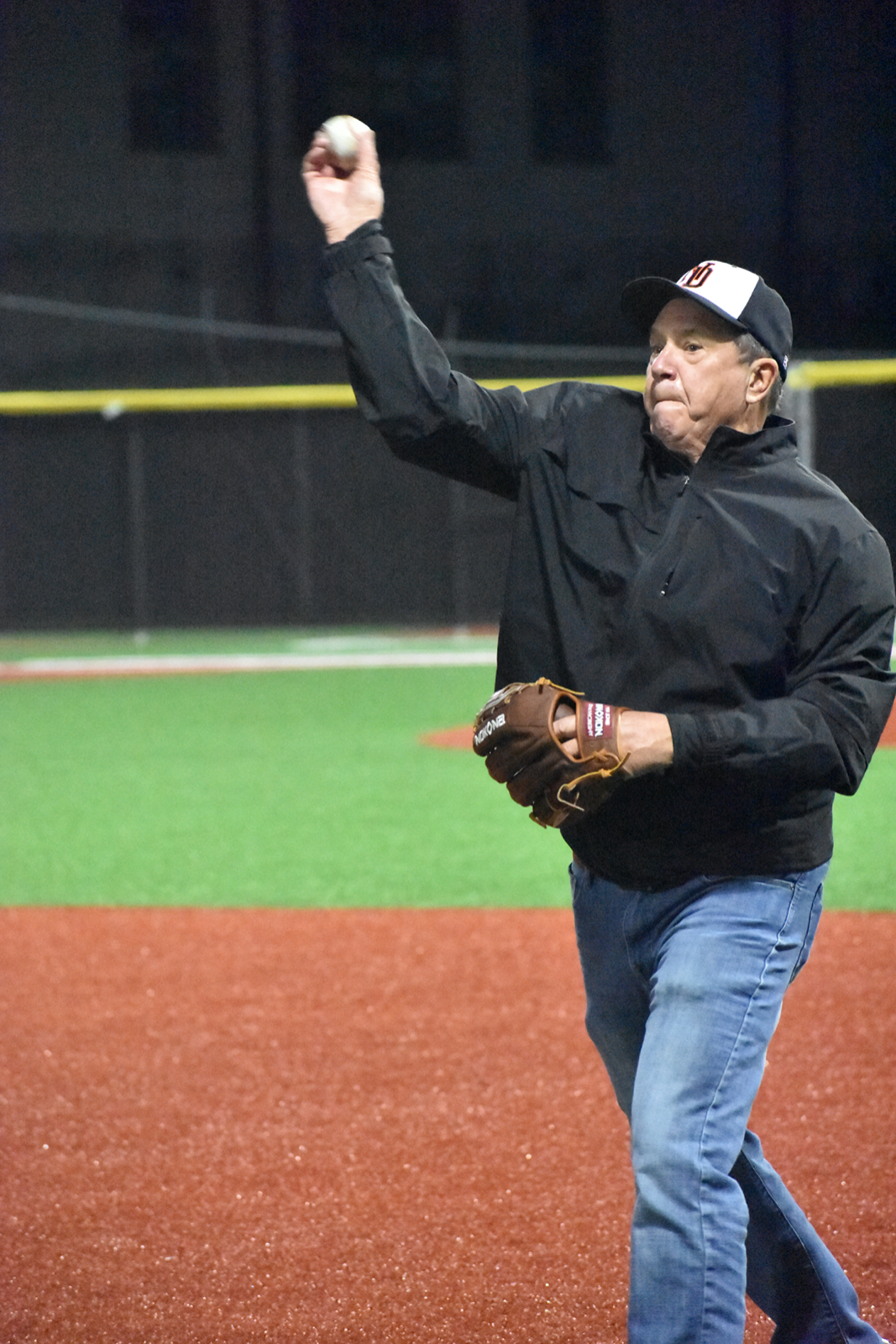 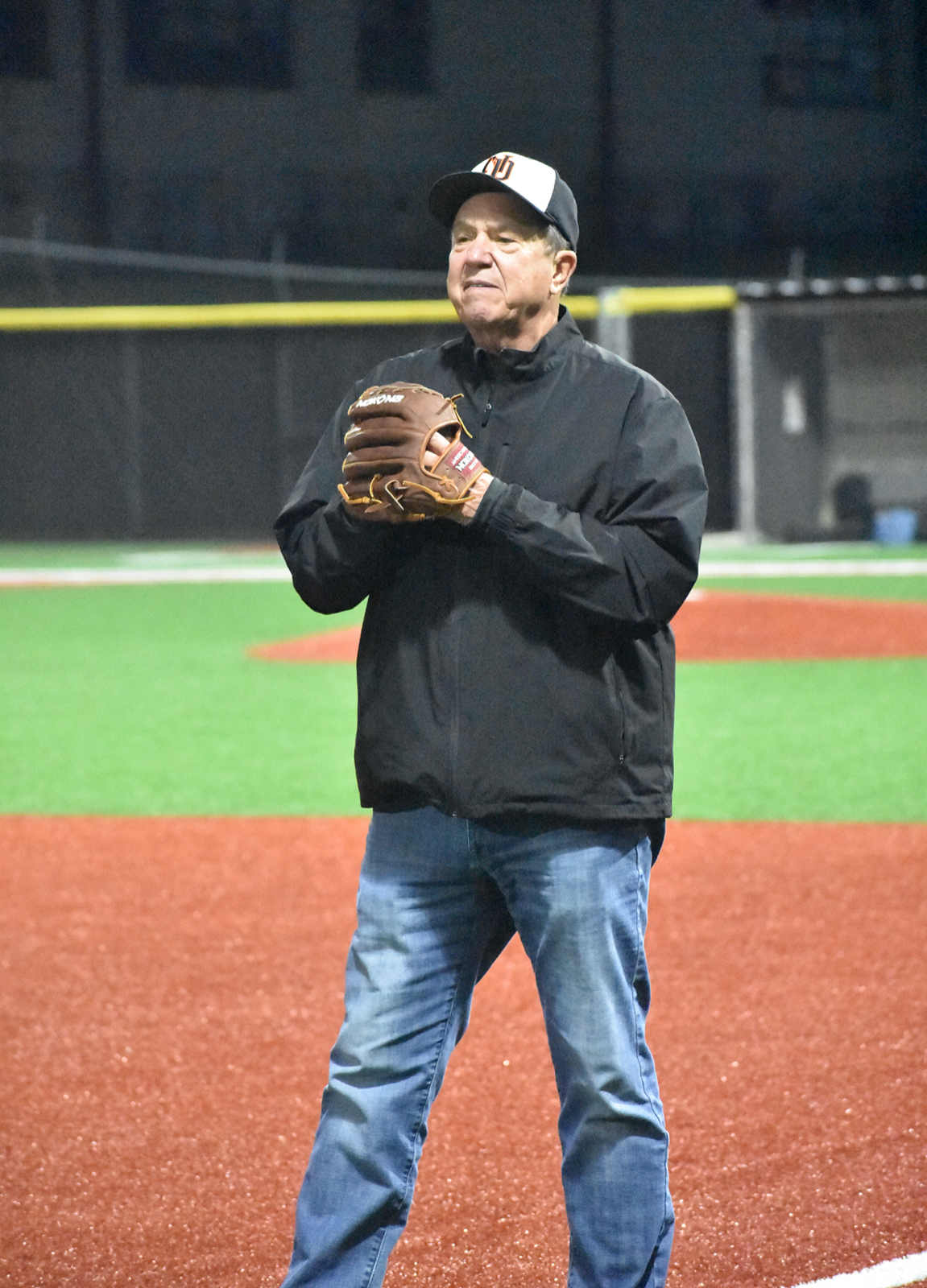 Frank Miller waits for the throw. 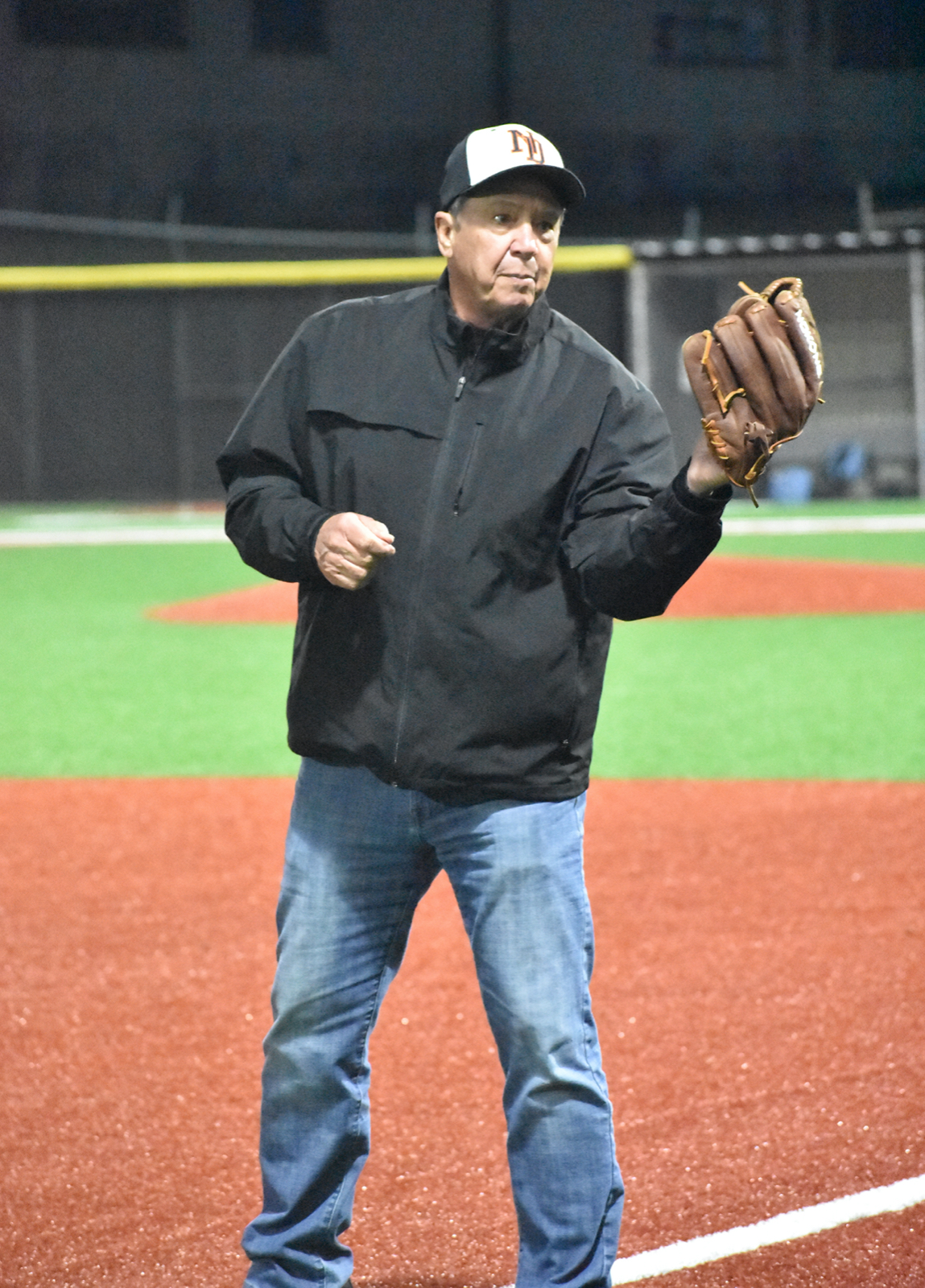 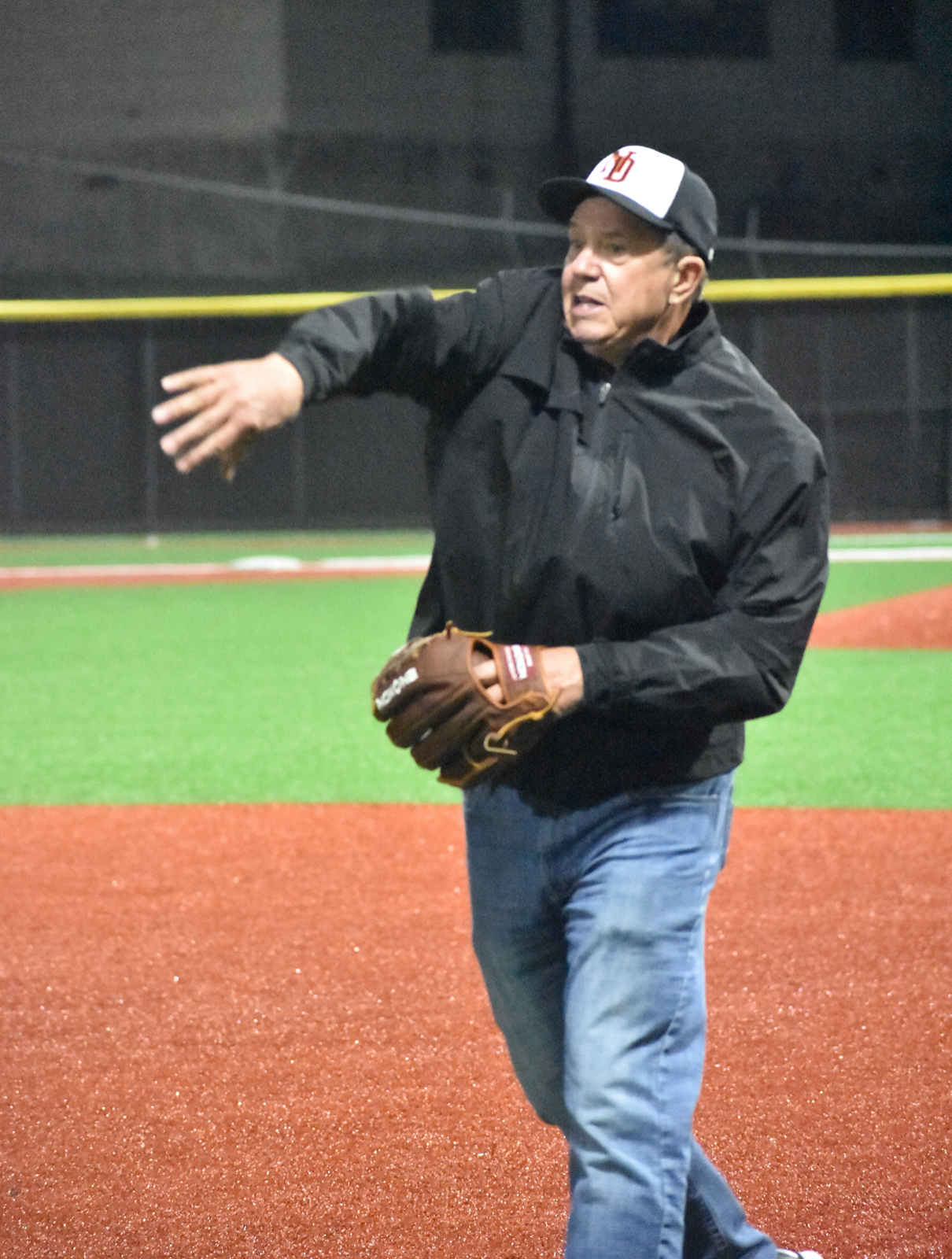 Frank tosses the ball back. 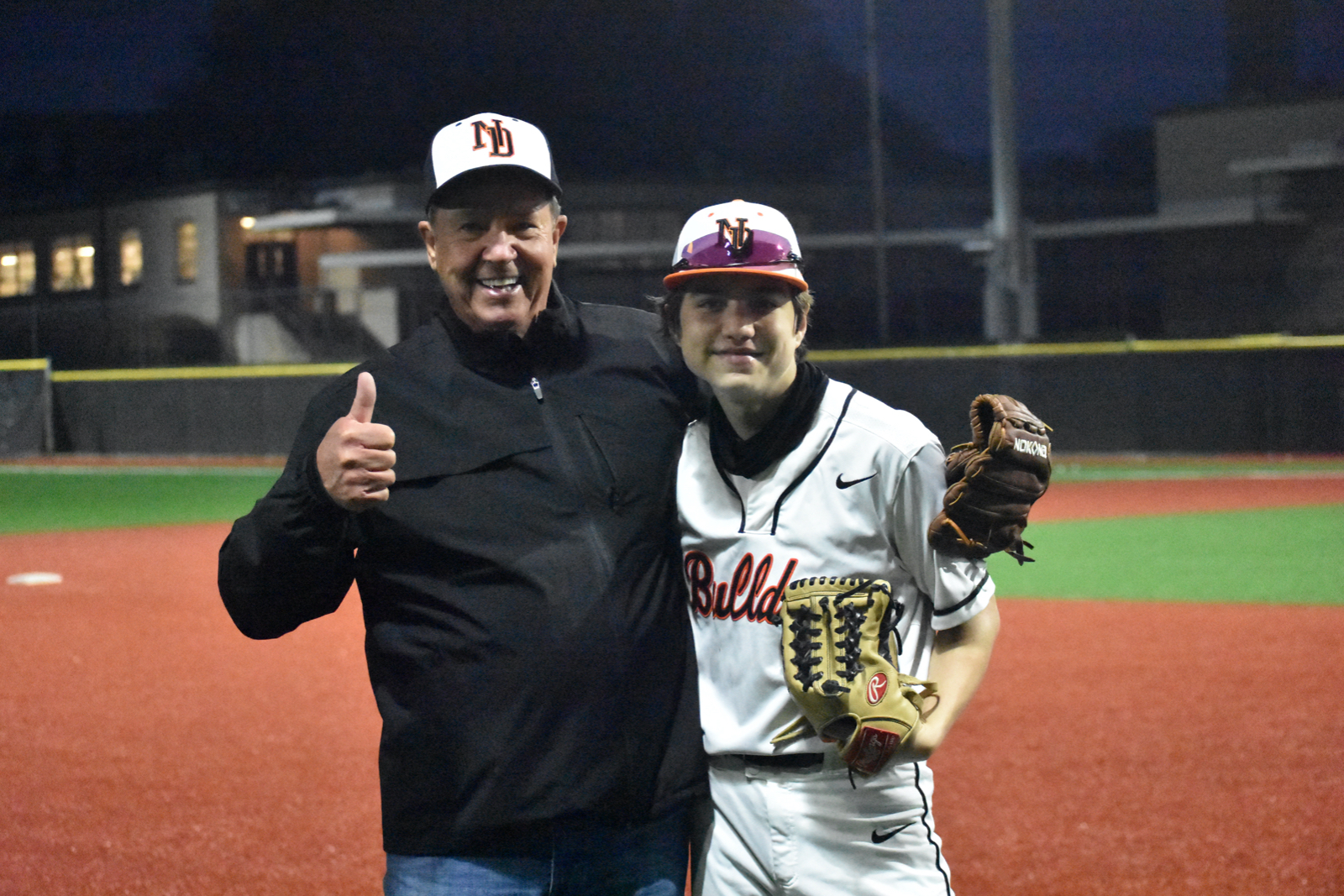 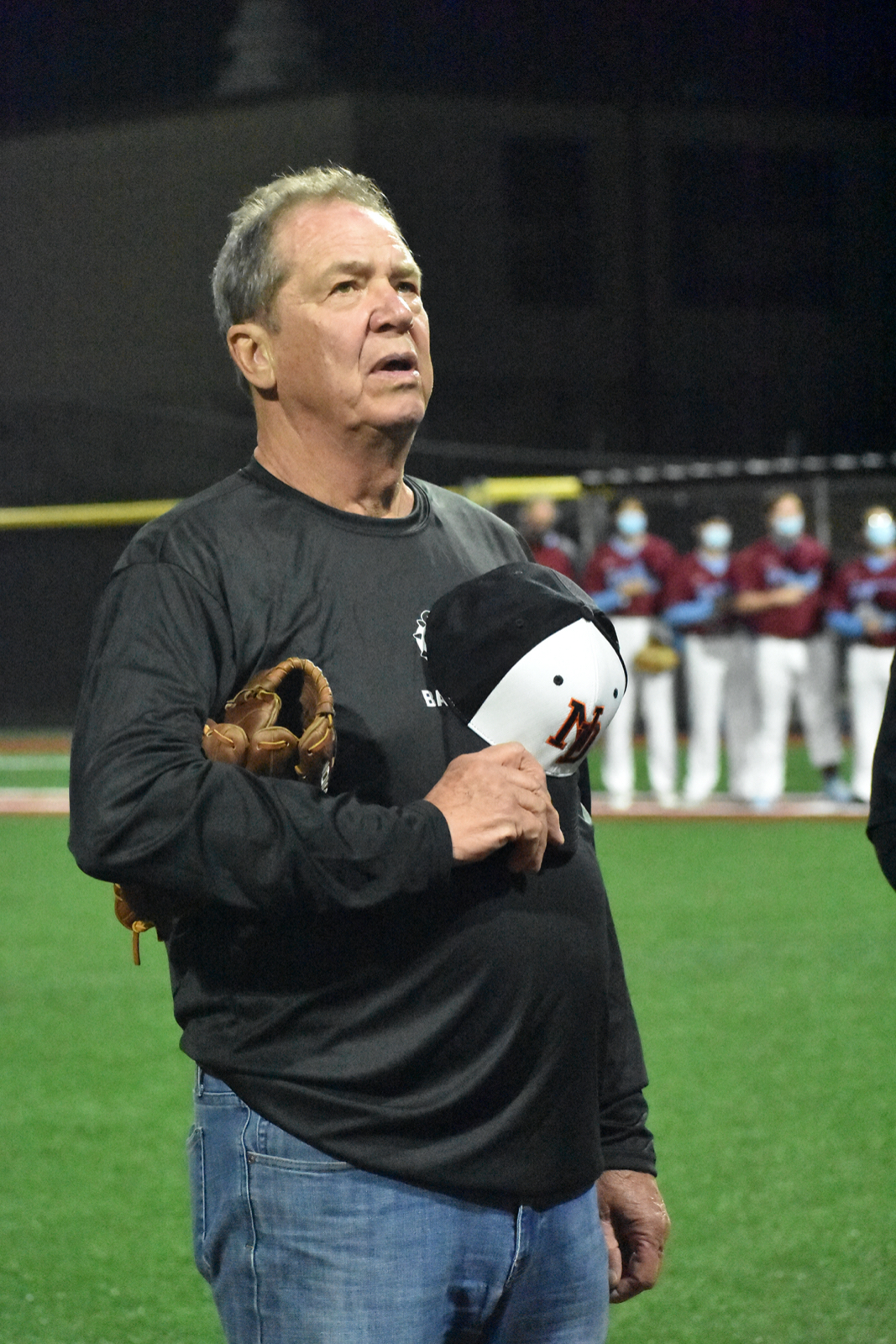 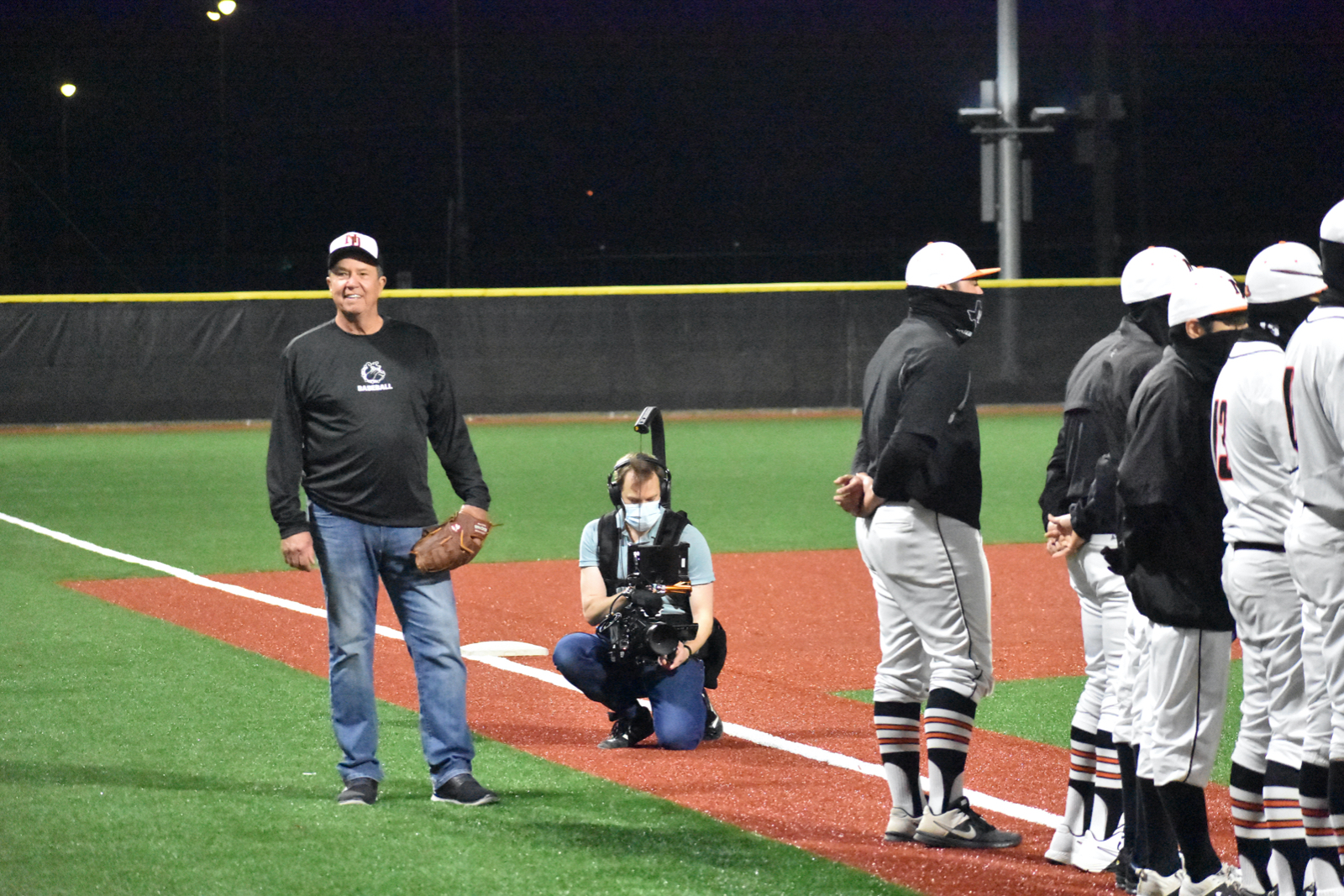 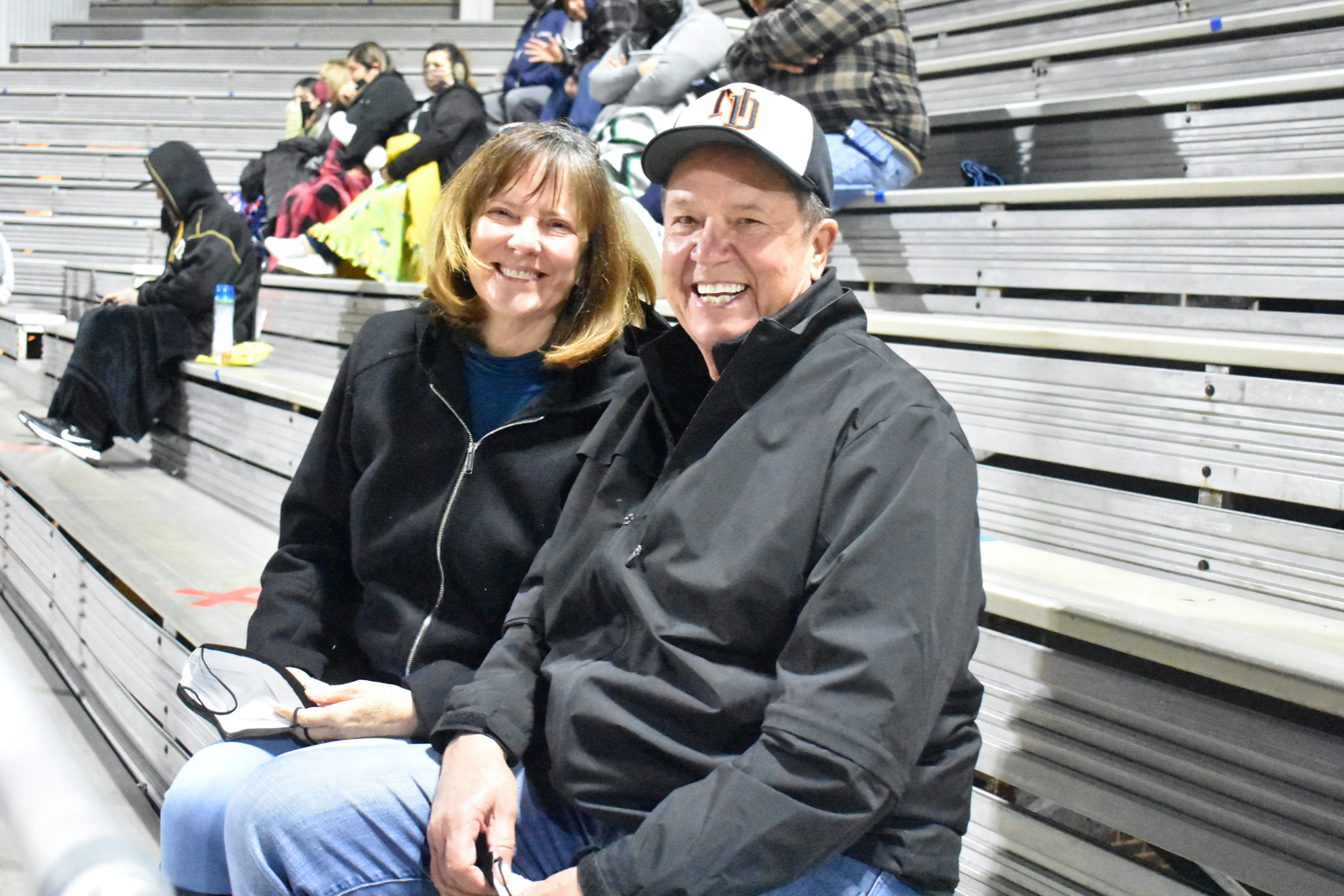 Frank and Alice Miller stayed to watch the game.