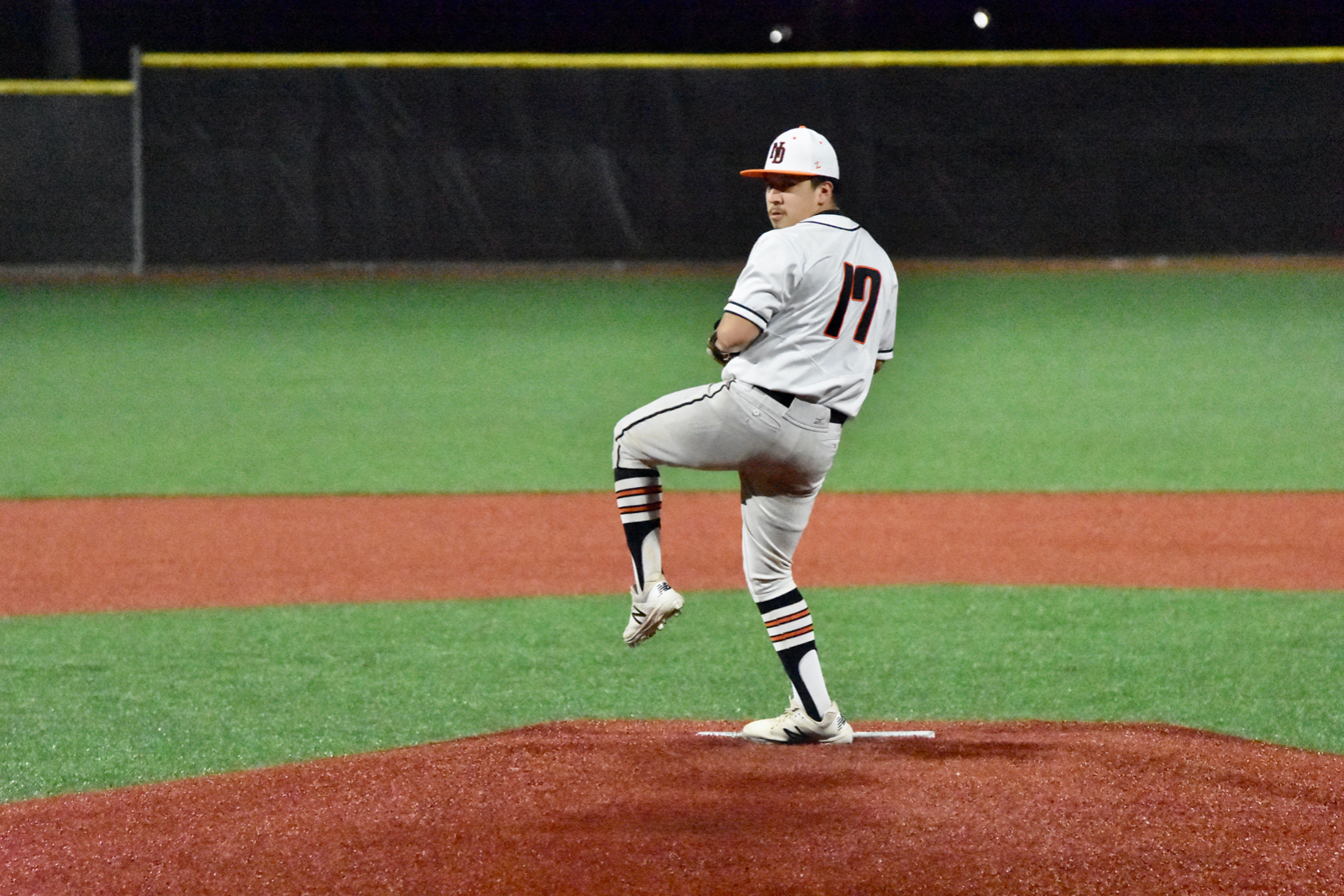 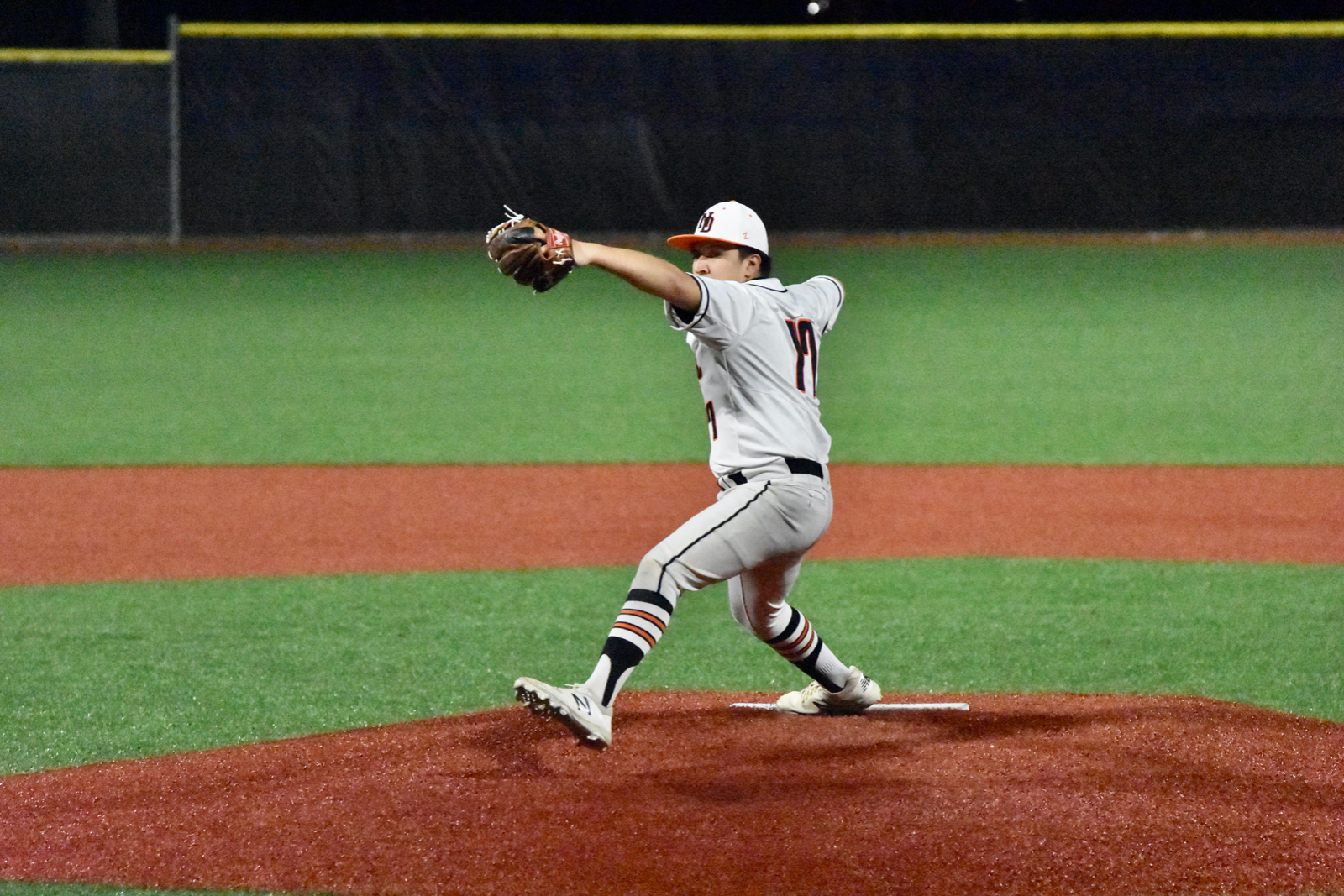 Joseph Mendoza goes through the pitching motion against TJ. 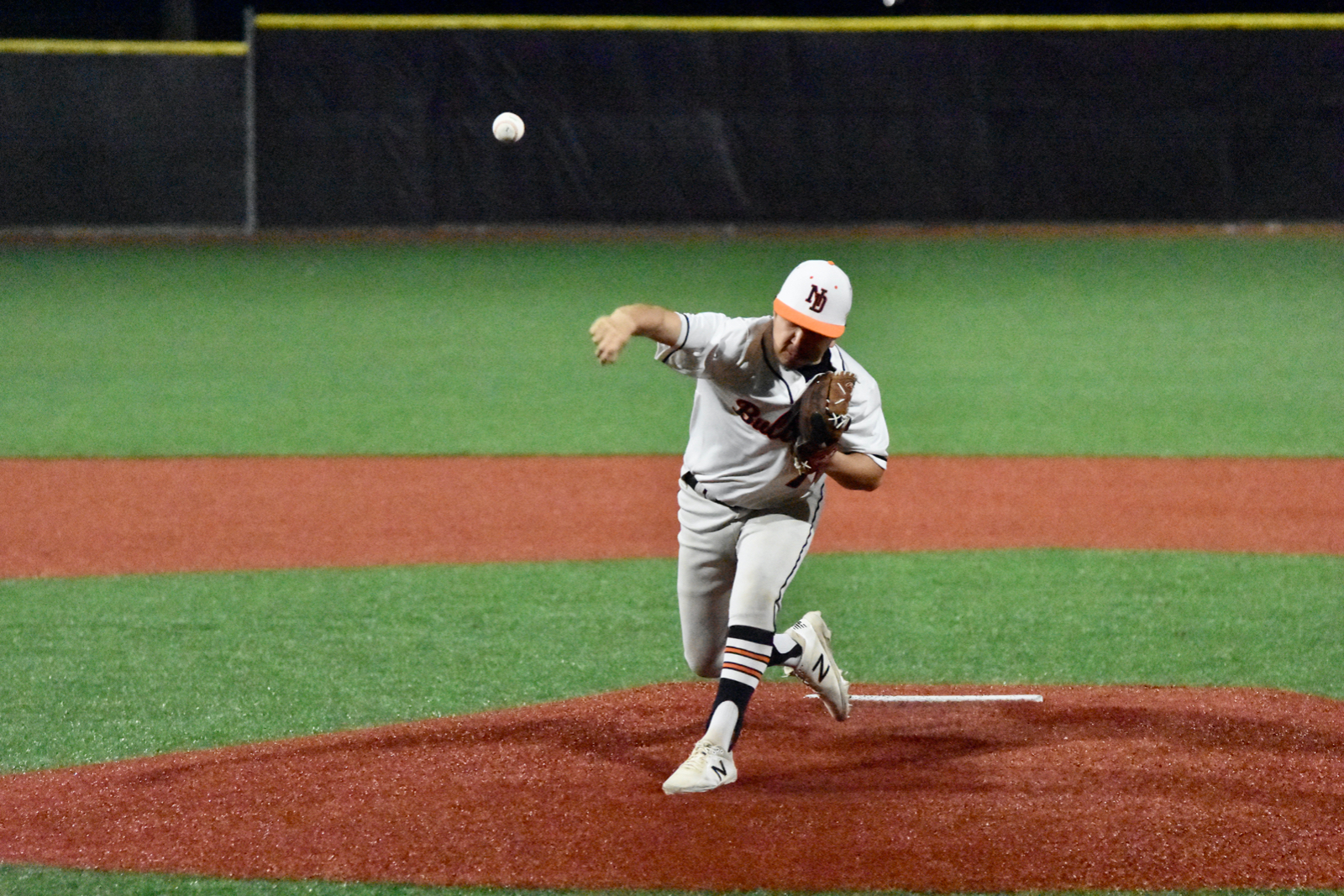 Joseph Mendoza fires toward the plate en route to a no-hitter.

North Dallas scored six runs in the first inning against Thomas Jefferson, but this night belonged to Bulldogs senior pitcher Joseph Mendoza, who threw a complete game no-hitter against the Patriots in a 17-0 win Friday night at Higgins Field.

“I’ll take a win any way we can get one.  I thought Joseph did a great job on the bump, threw strikes and got ahead in the counts, and competed,” said North Dallas Coach Steven De La Cerda.

“As a whole I am proud of the boys and we’ll take the win and learn from that game,” Coach De La Cerda said.

Logan Moreno and Julian Davila led the Bulldogs in hits against Thomas Jefferson.

“Offensively, although we scored 17 runs, I did not feel like we hit the ball very well,” the Bulldogs coach said. “We had too many balls in the air and our baserunning was not acceptable.”

In a pregame ceremony, the Bulldogs celebrated its friendship with 74-year-old Frank Miller, who threw out the first pitch.

The Bulldogs will play in the Lake Highlands Tournament, starting on Thursday. 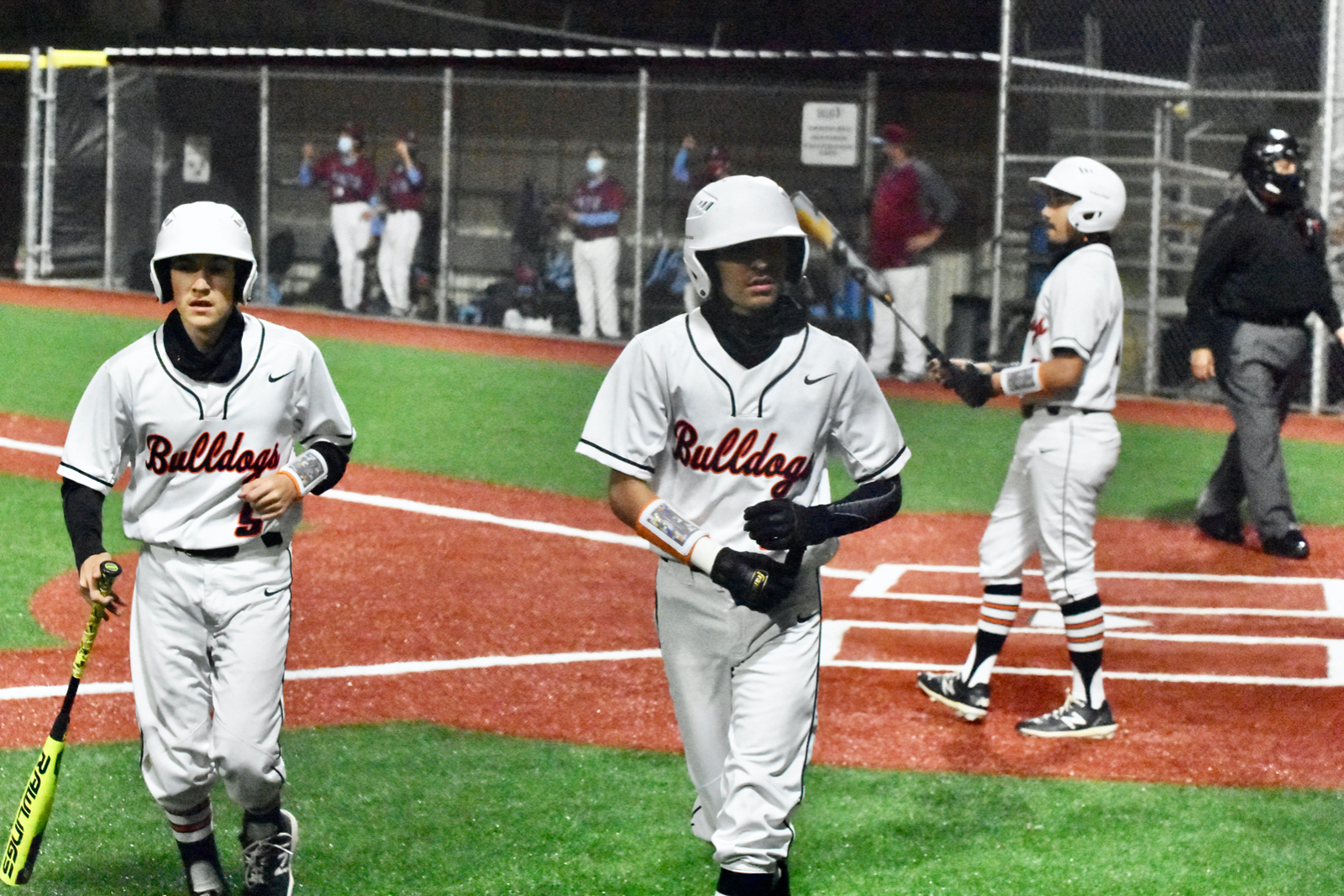 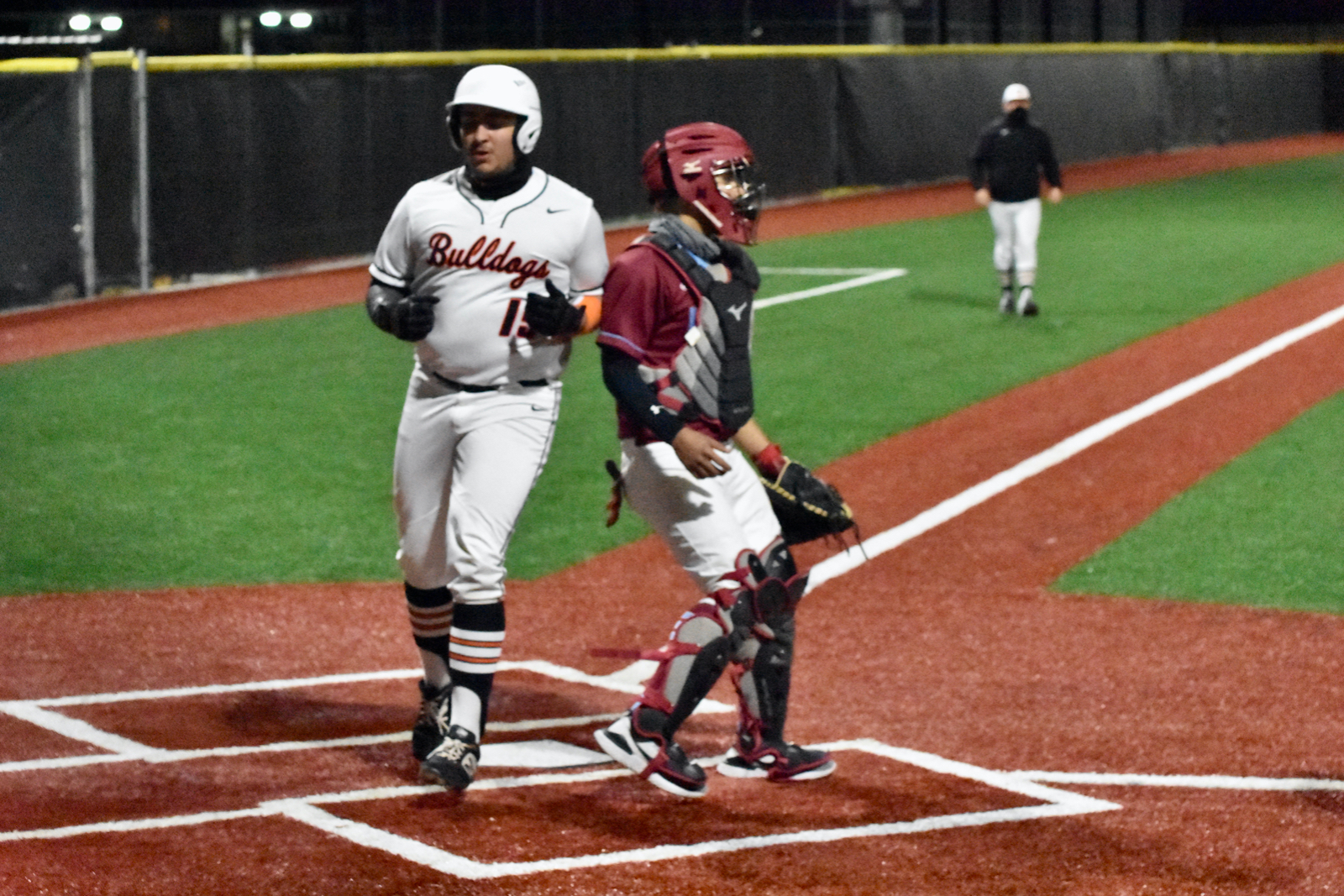 Tony Casarez scores the third run for the Bulldogs in the first inning. 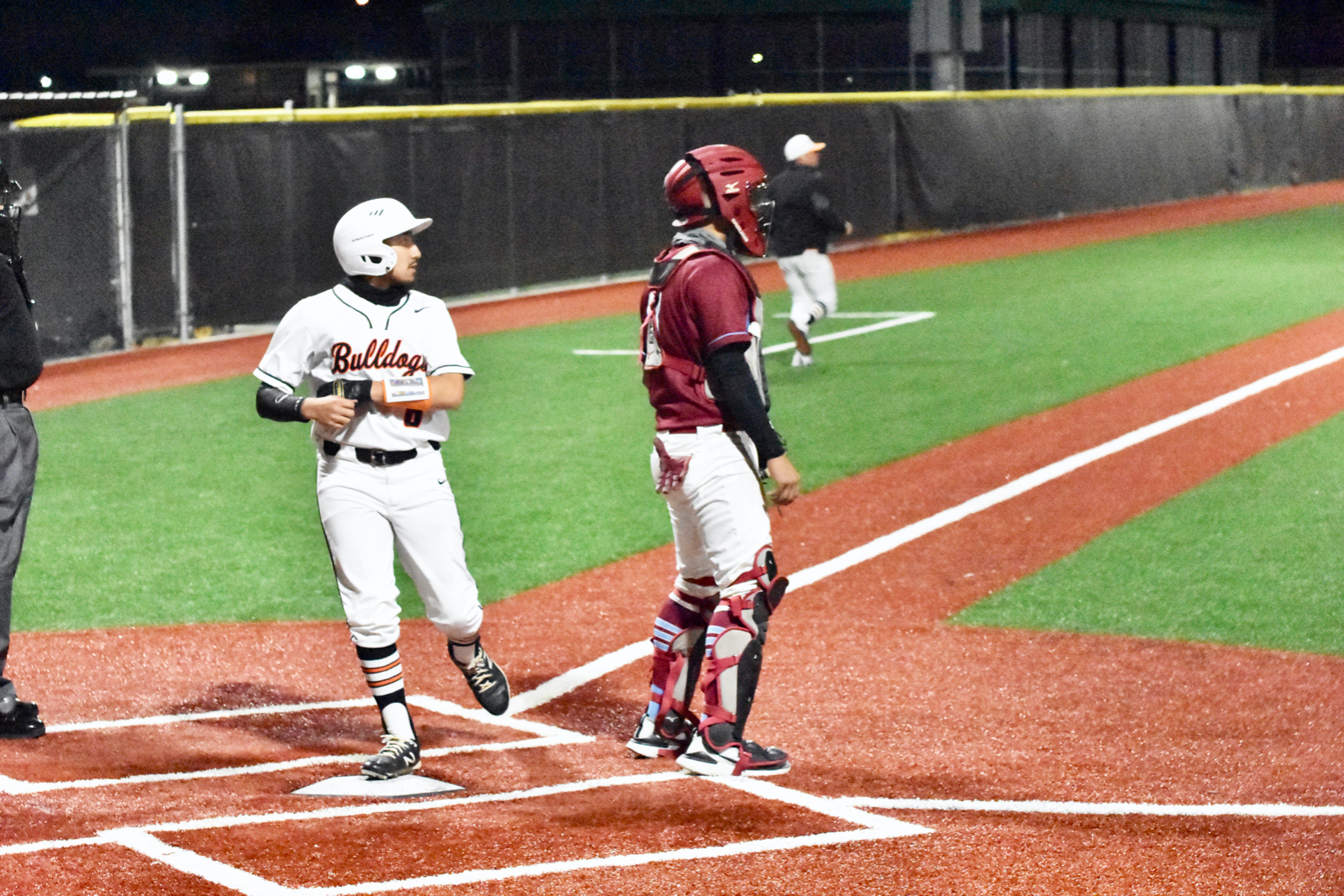 Robert Zapata scored the fourth run for the Bulldogs. 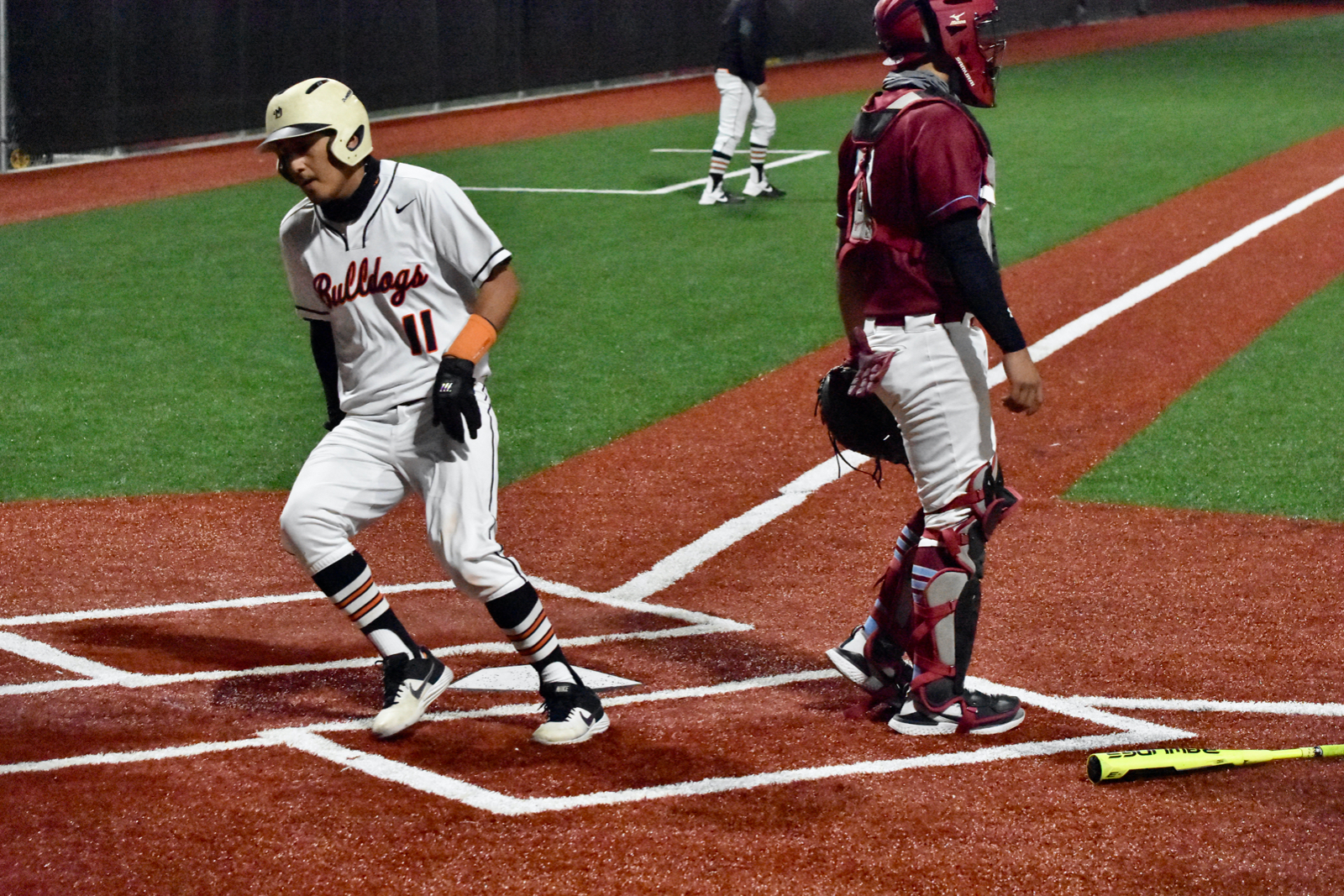 Bryan Martinez scores the fifth running in the first inning. 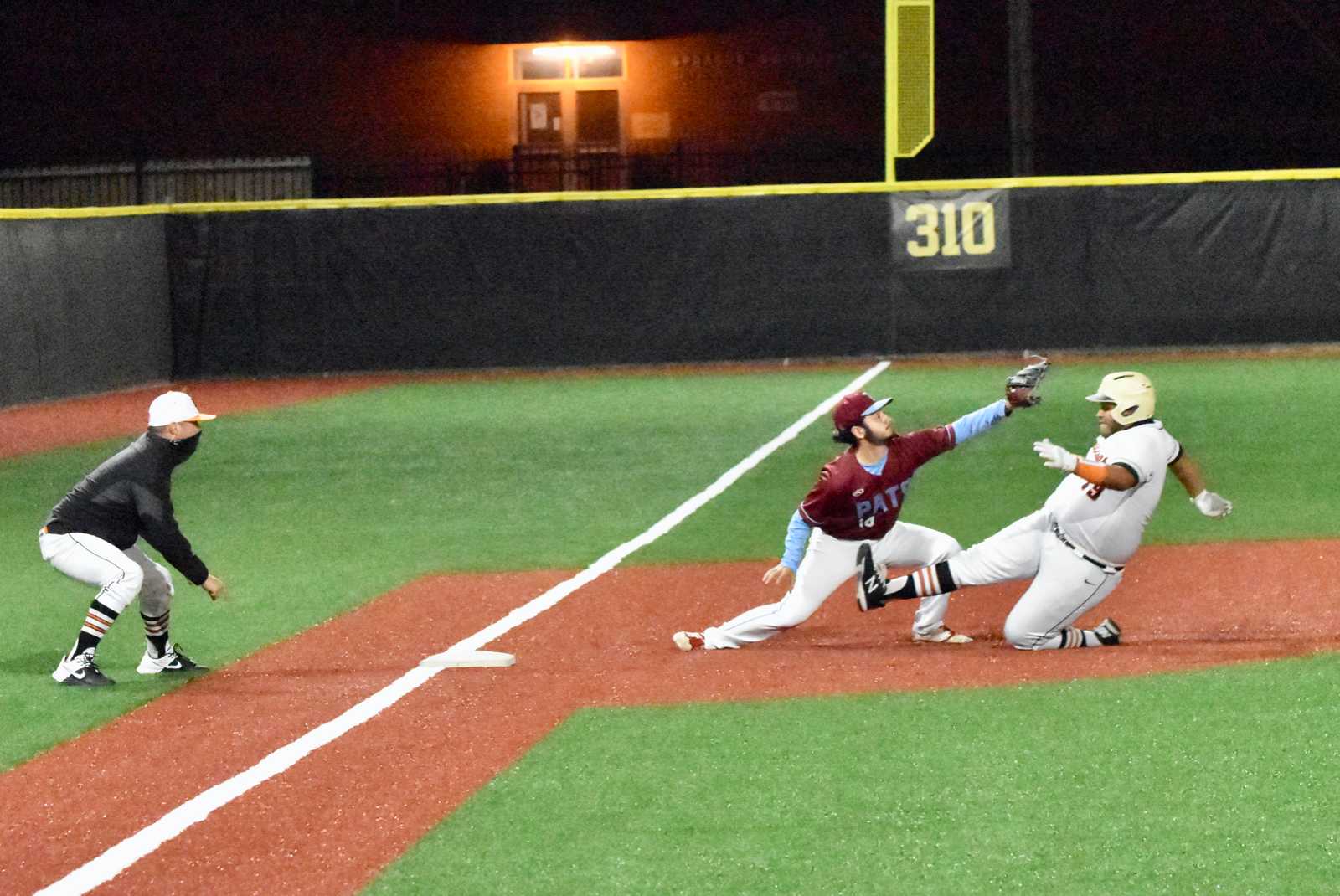 The Bulldogs’ Sylvester Torres starts to slide at third base. 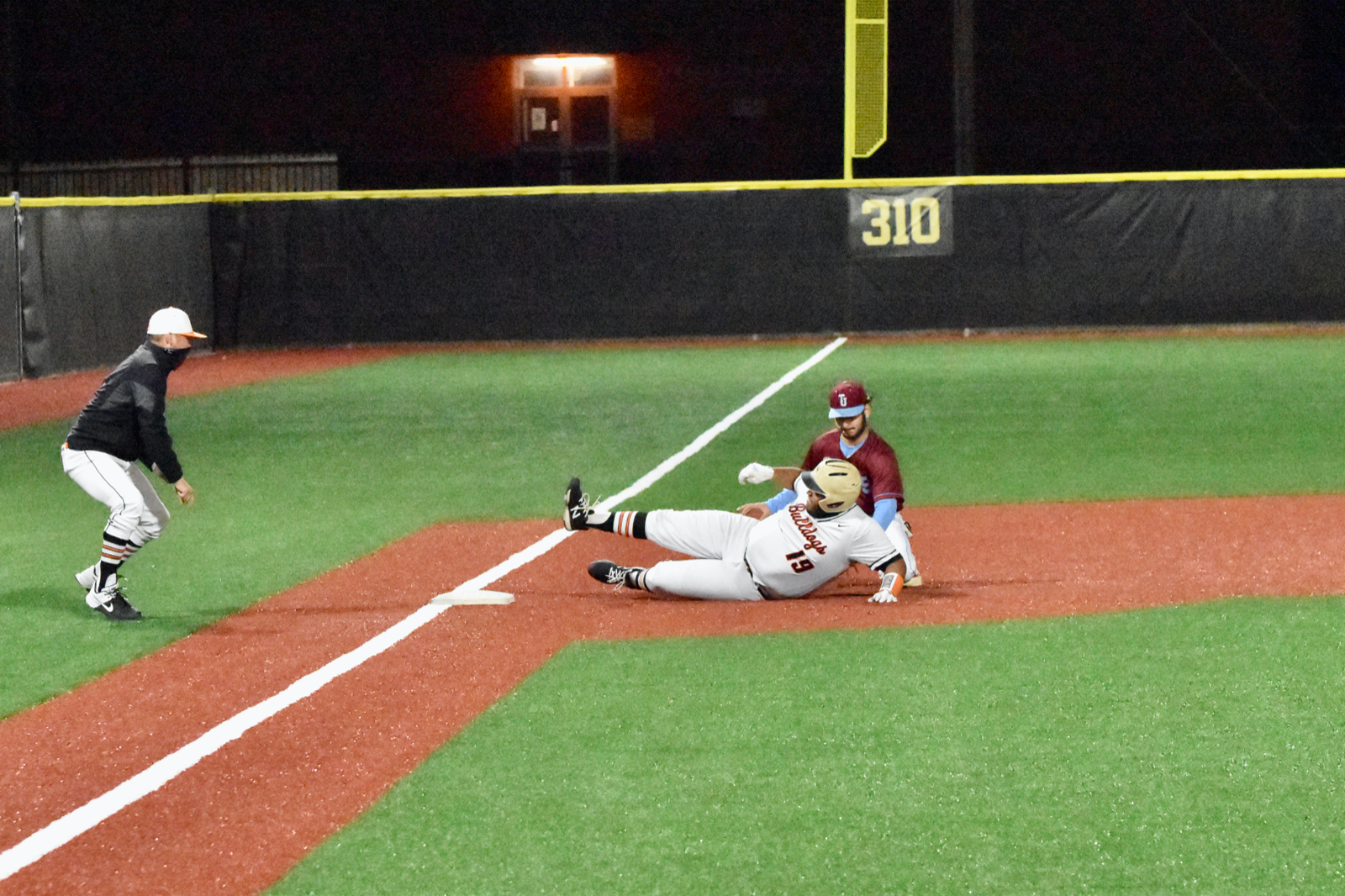 The Bulldogs’ Sylvester Torres slides past the tag. 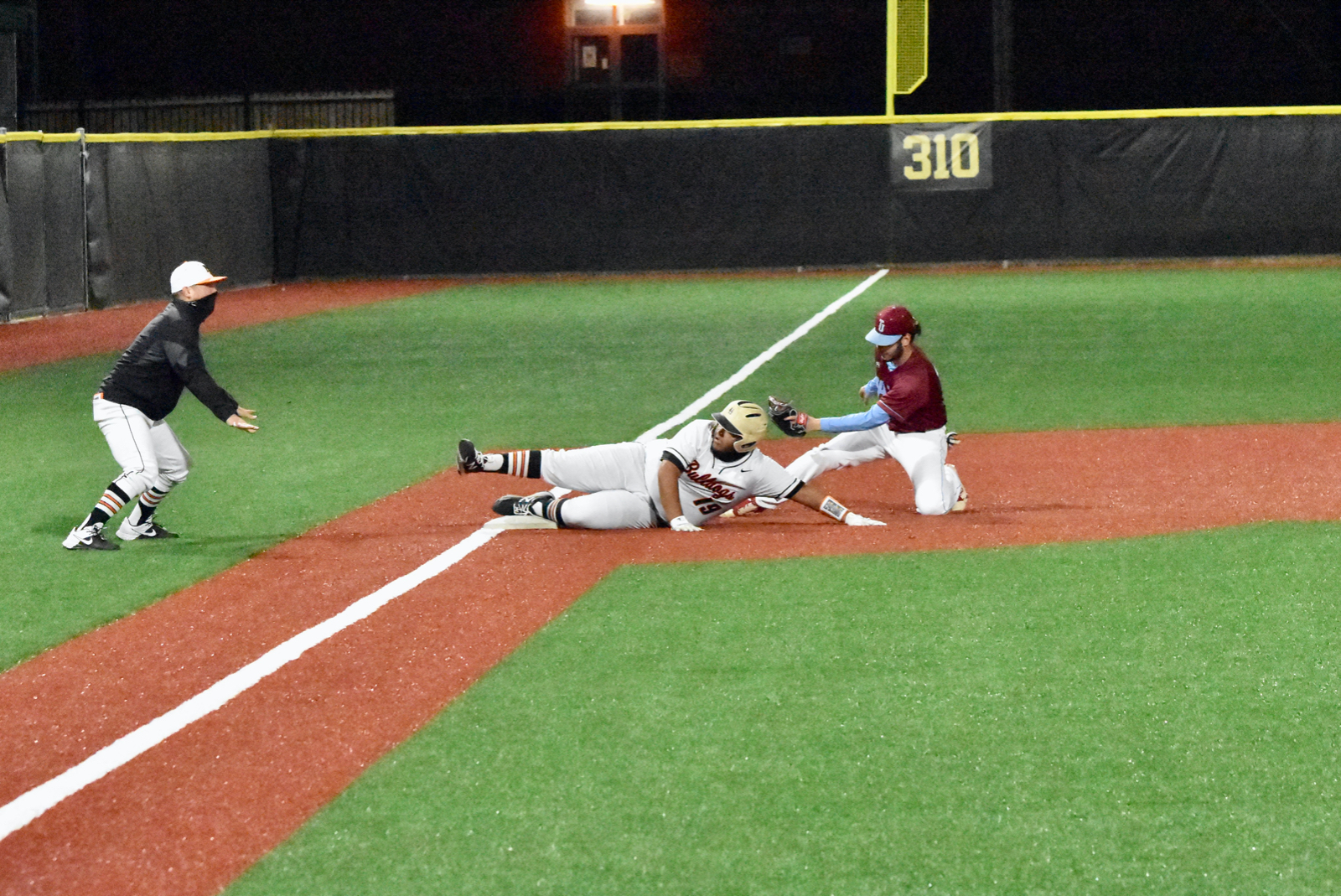 The Bulldogs’ Sylvester Torres is called safe at third base. 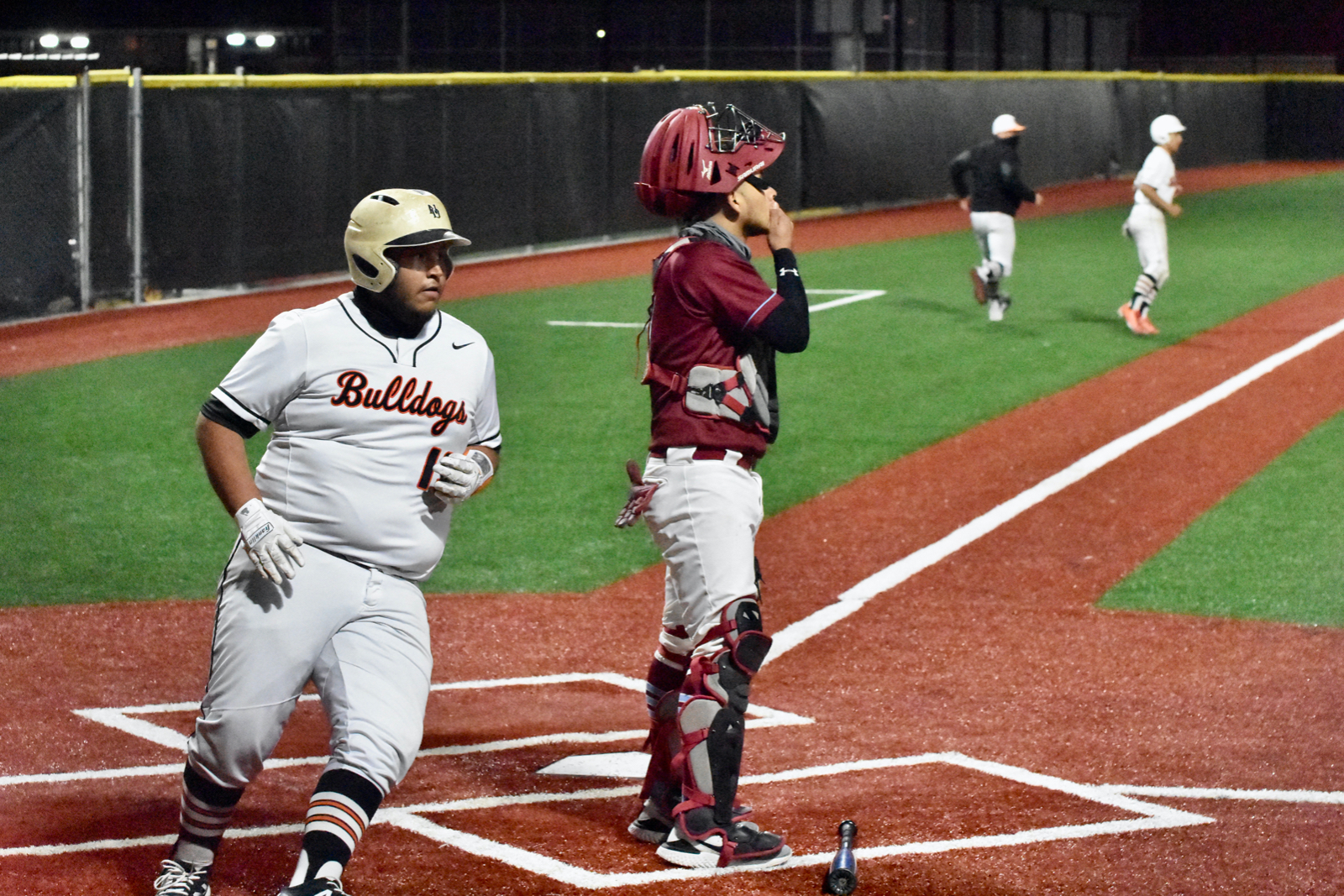