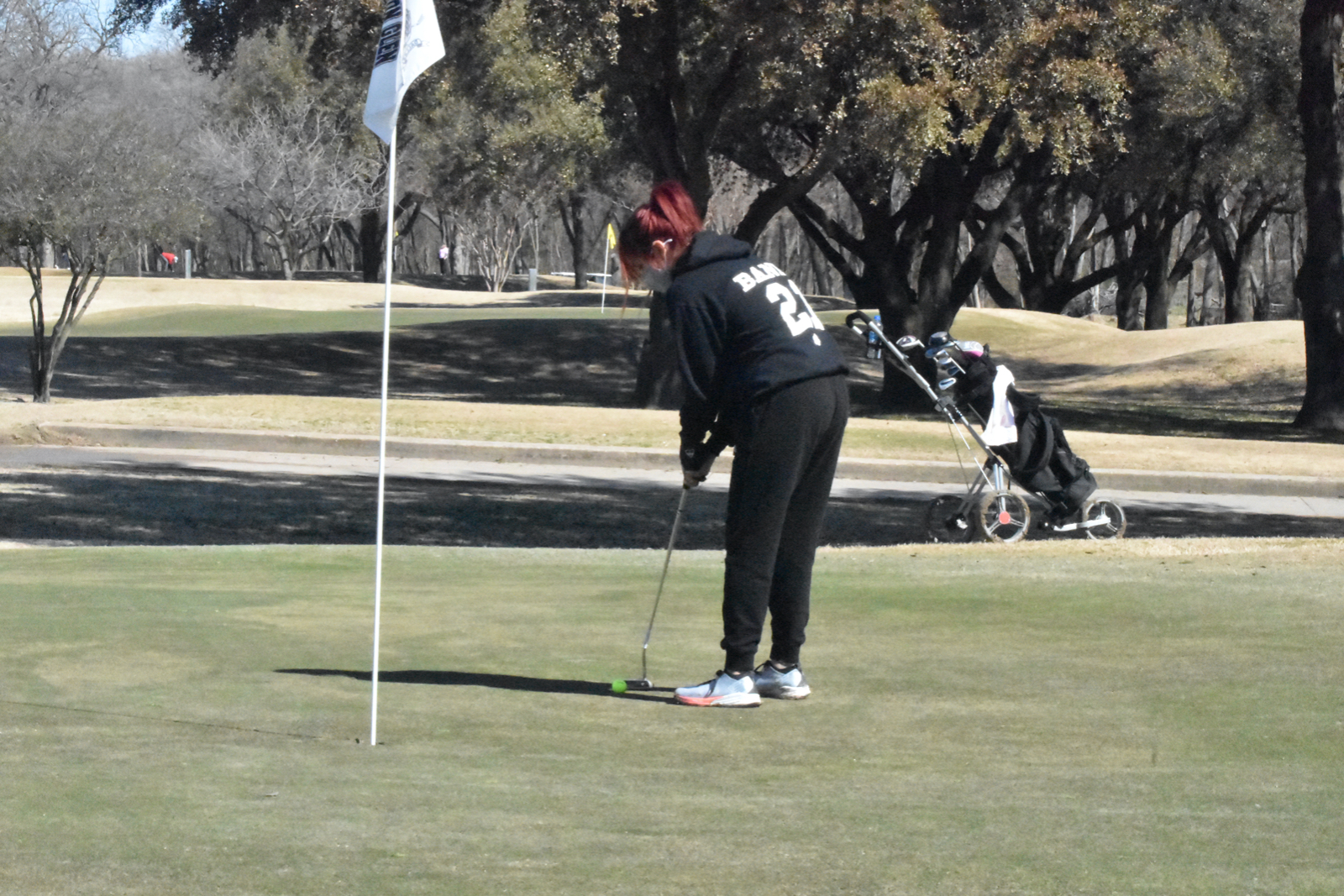 Arianna Banda gets ready to putt. 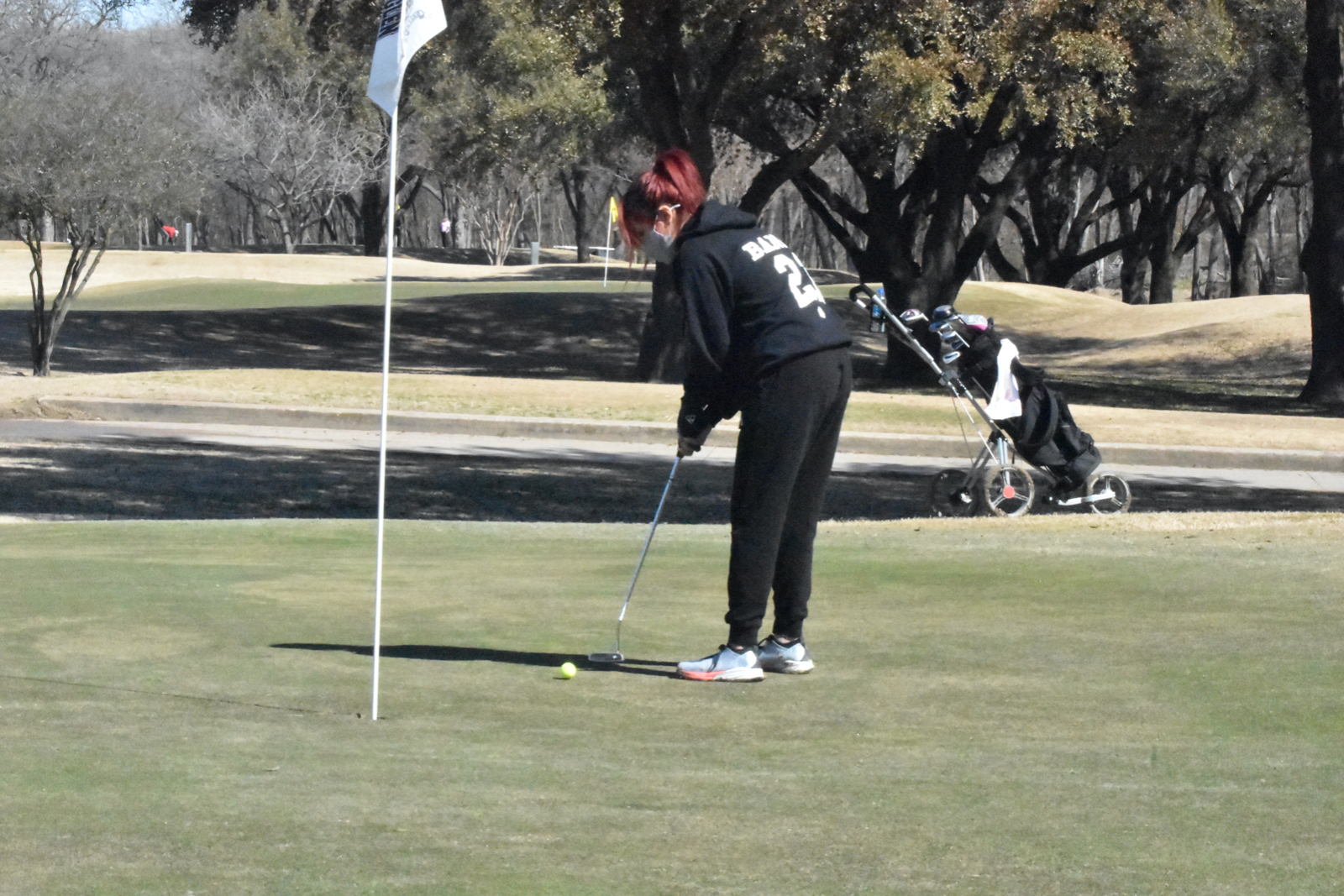 Arianna putts toward the hole. 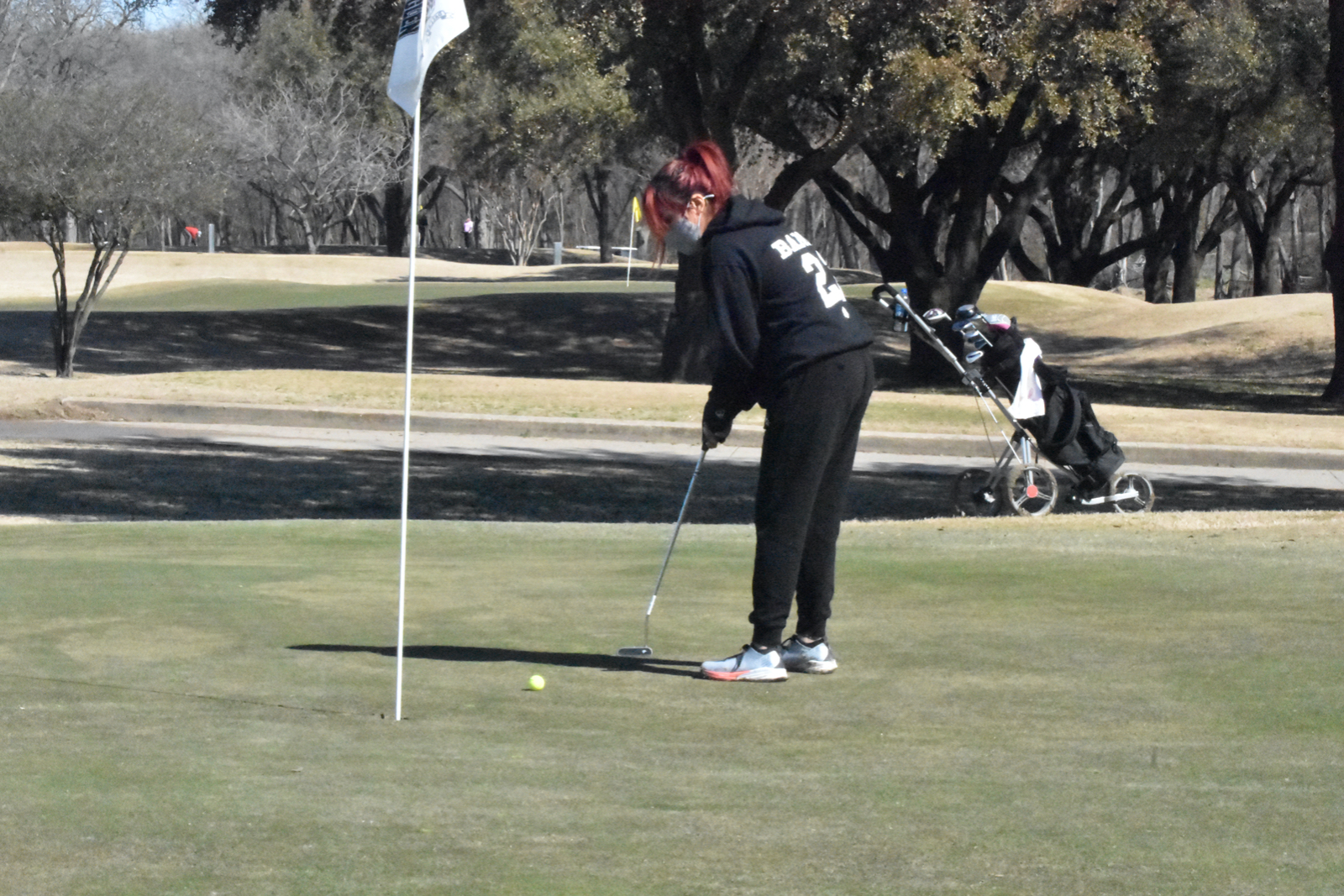 The ball is rolling … 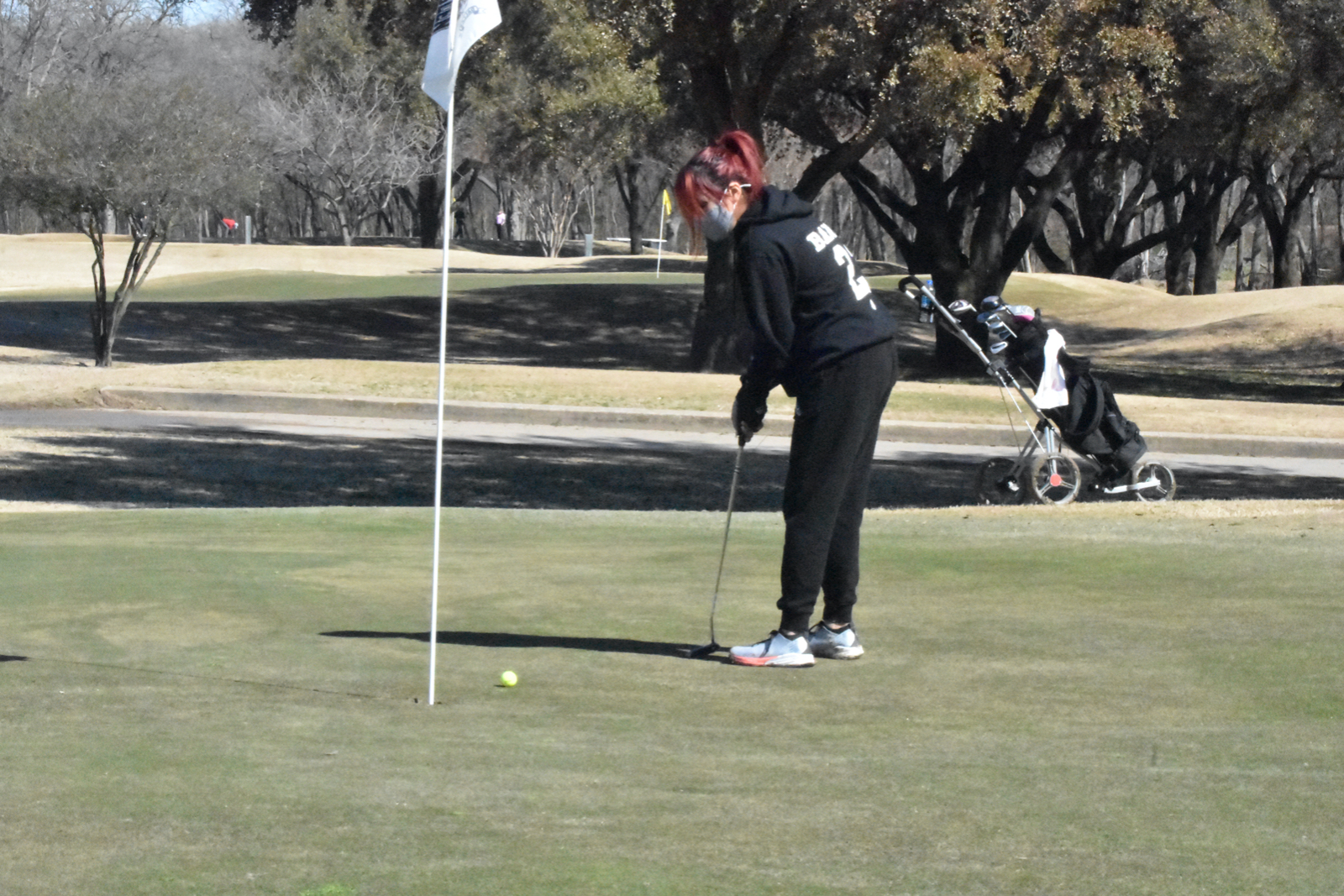 and heading toward the hole. … 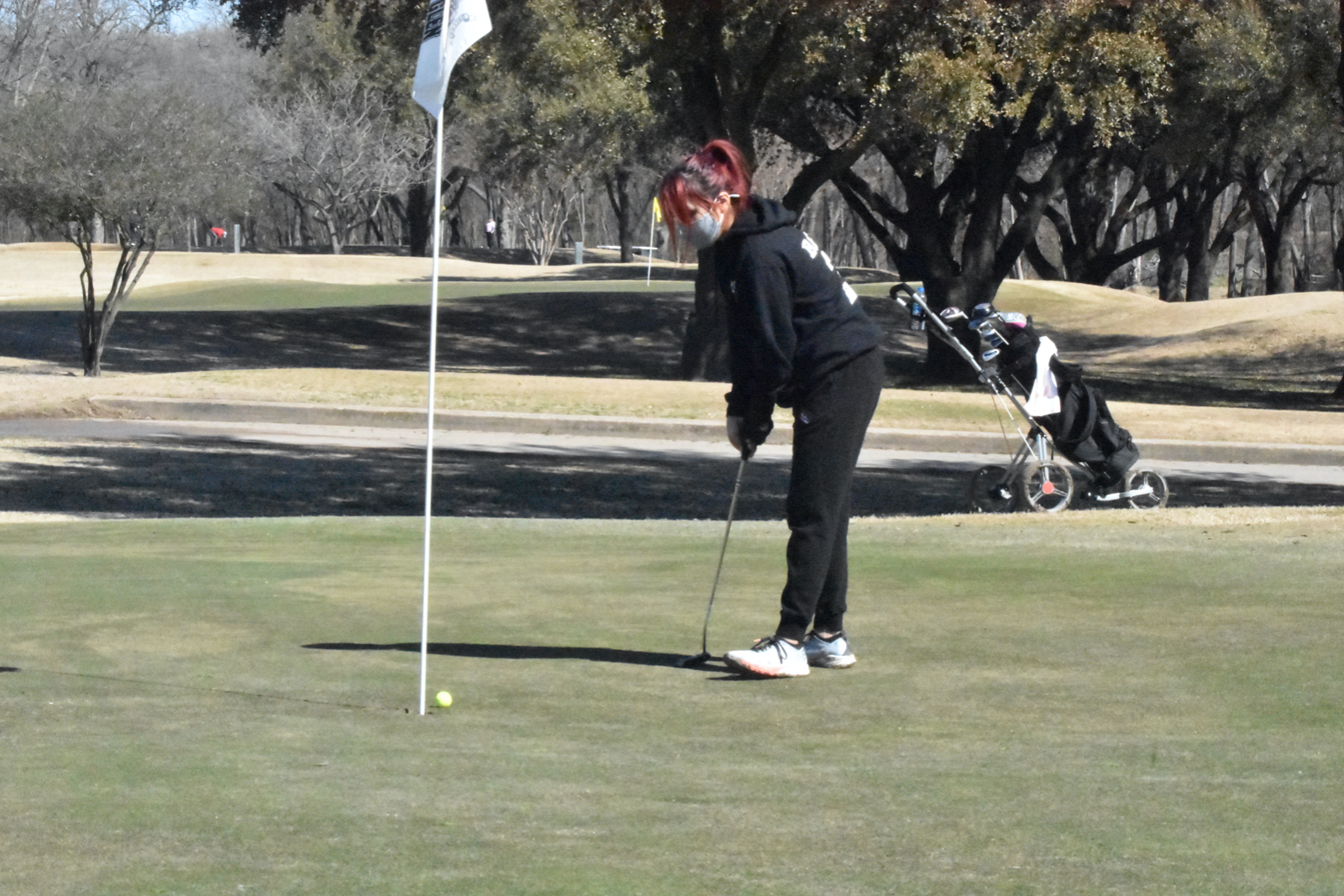 And it drops in the hole. 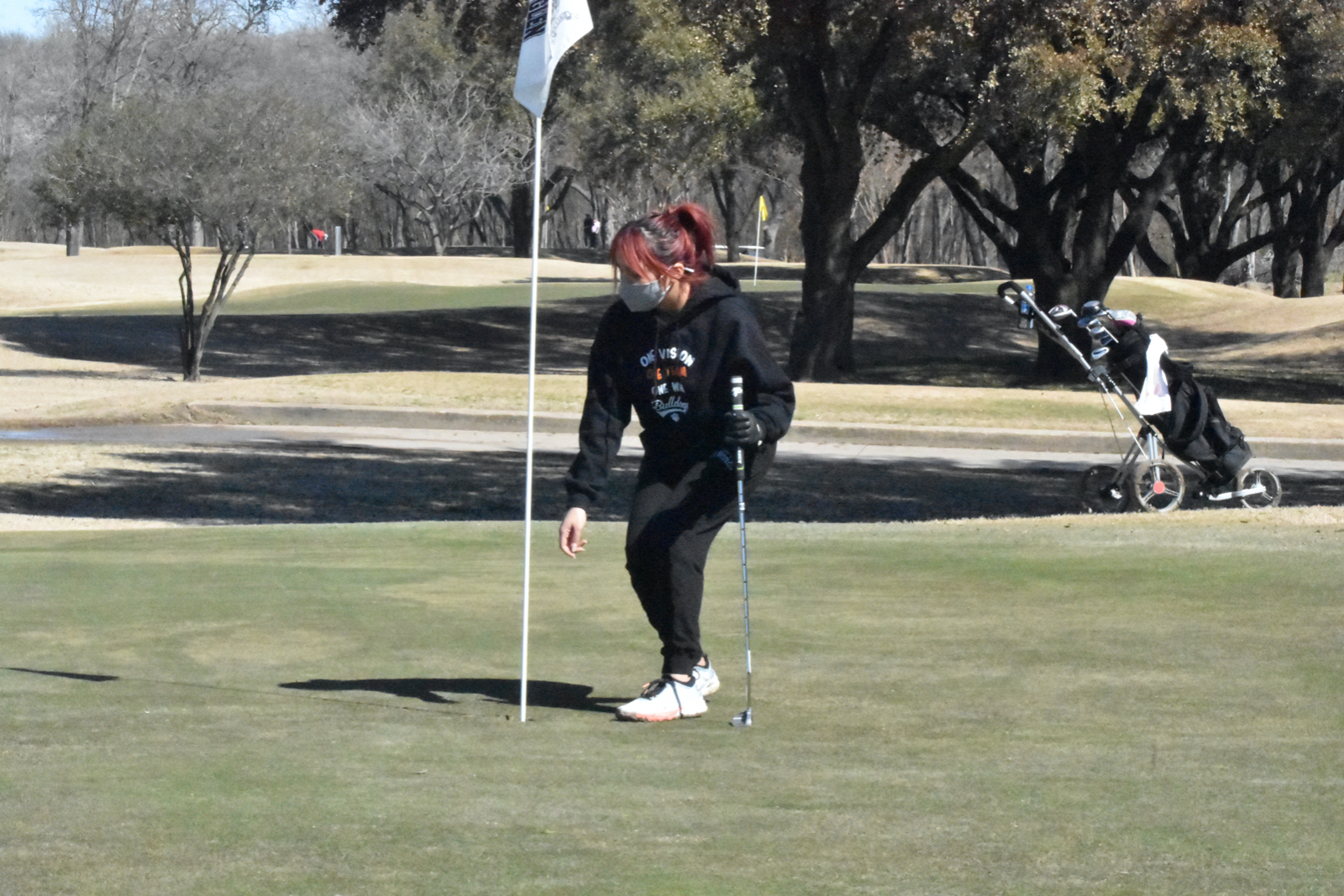 Arianna picks up the ball.

North Dallas golf coach Tom Crabb has three girls on one team and four boys on the other team but he needs at least five on each team to compete for the district title.

The girls will participate in the District 12-4A meet at Luna Vista this week, while the boys will compete at the district meet next week.

“With this COVID and nobody coming to school, it’s kinda hard to get out of the house,” Coach Crabb said recently.

“These three girls are very competitive and very dedicated,” Coach Crabb said. “They don’t hardly ever complain, and they don’t hardly ever miss practice or a tournament. They are very dependable. I enjoy that about them. I wish I could find two more girls to join us so we can have a full team of five.

“The same with the boys. They’re kinda new,” Crabb continued. “Two of the boys haven’t played before. We hope we can find another boy or two to build this program.”

The game of golf is not that easy to learn, but you can play it for the rest of your life.

“It’s a lifelong sport that they don’t realize at this age. But I’m still playing g0lf at 67 and enjoying it,” Coach Crabb said. “So  It’s something that’s known in high school sports as a life-skills sport, which is golf, tennis and swimming, people can do all their lives. Eventually, they’re not going to be able to do soccer or basketball, football. They’re going to get so old, they won’t be able to do those sports, or they won’t be able to be part of the team, but they can always go out individually and enjoy the other sports. So that’s one of the things I try to emphasize to them now, that even though it’s hard now, it’s something they can enjoy the rest of their lives.” 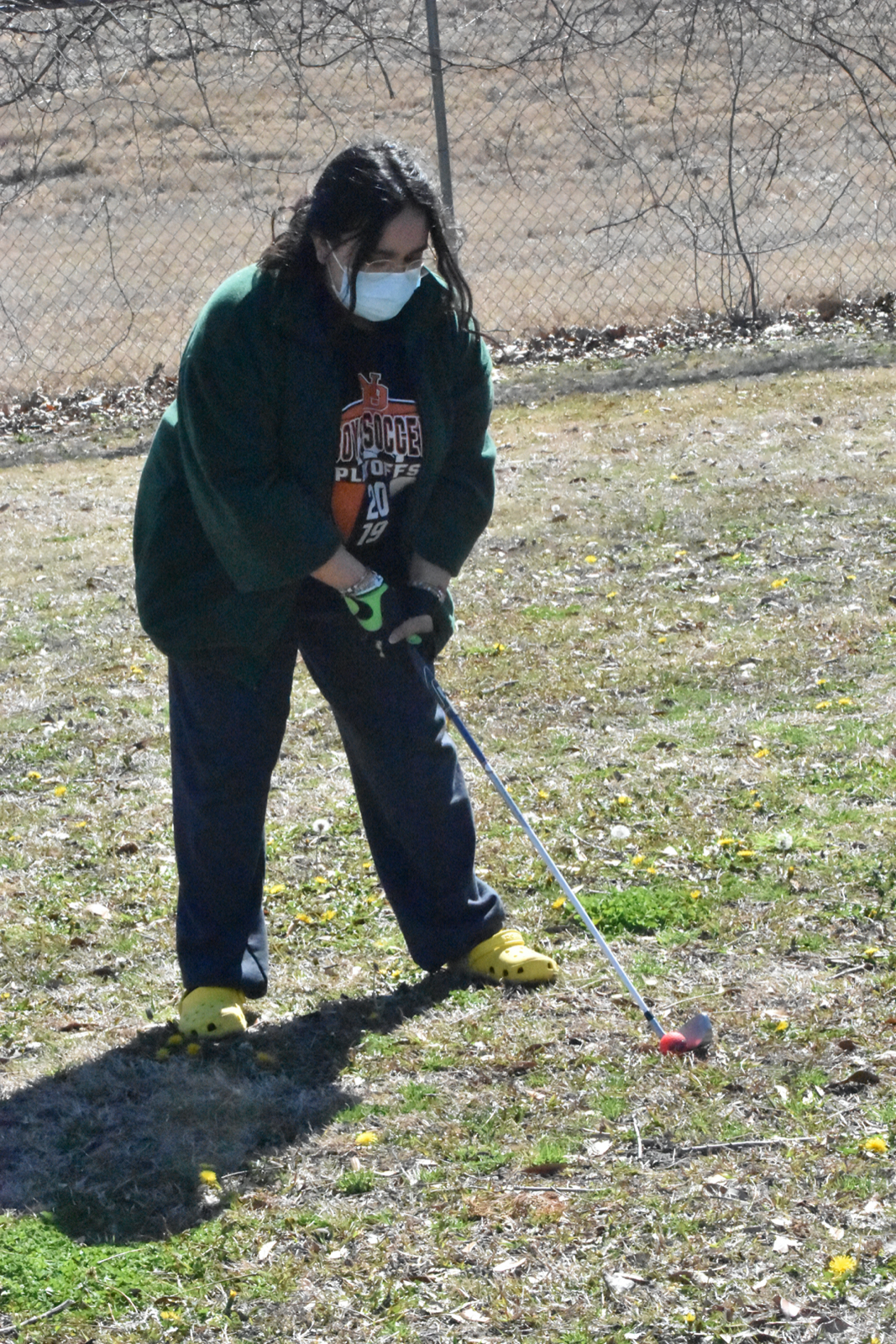 Savannah Fuentes gets ready to hit her next shot. 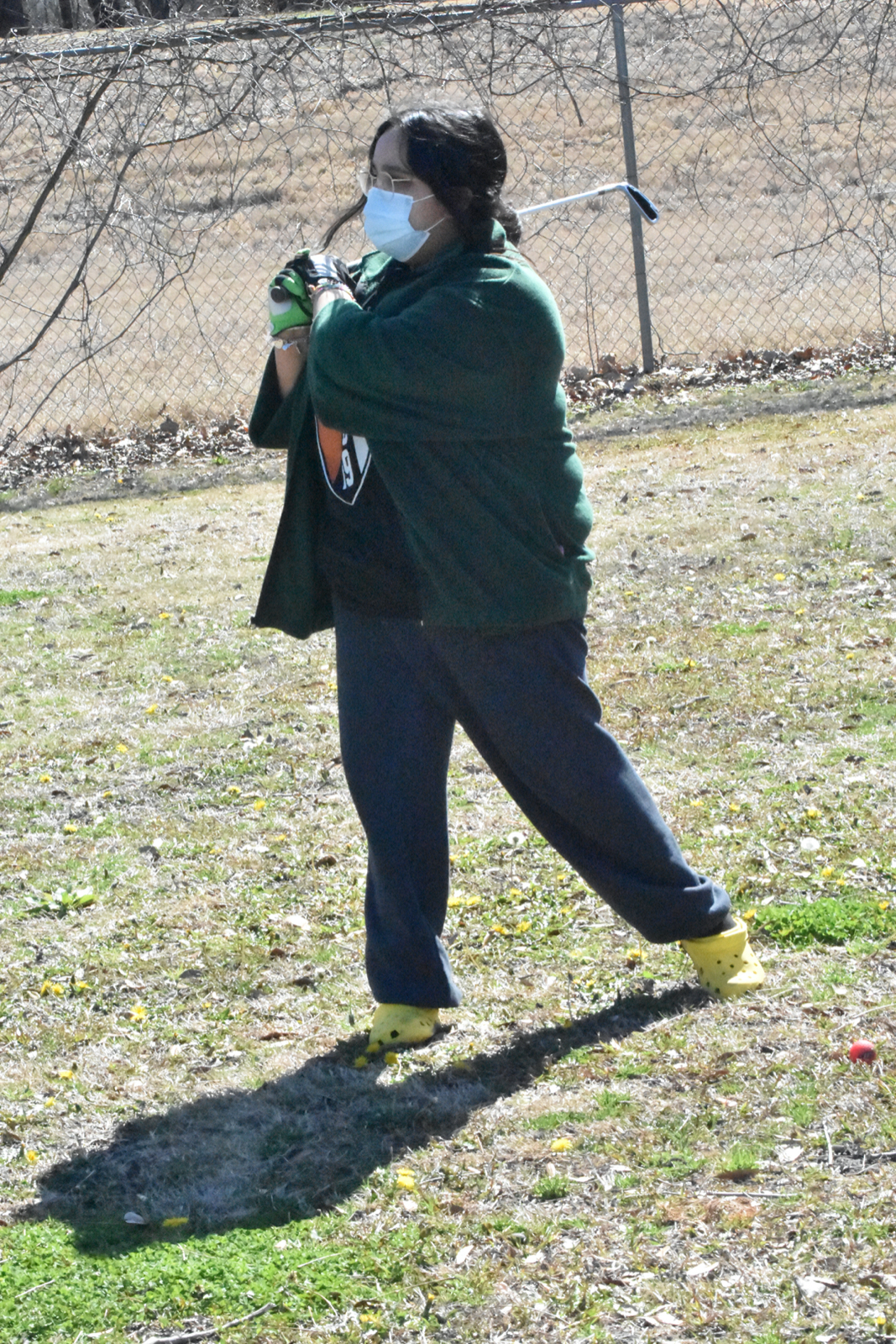 Savannah follows the path of the ball 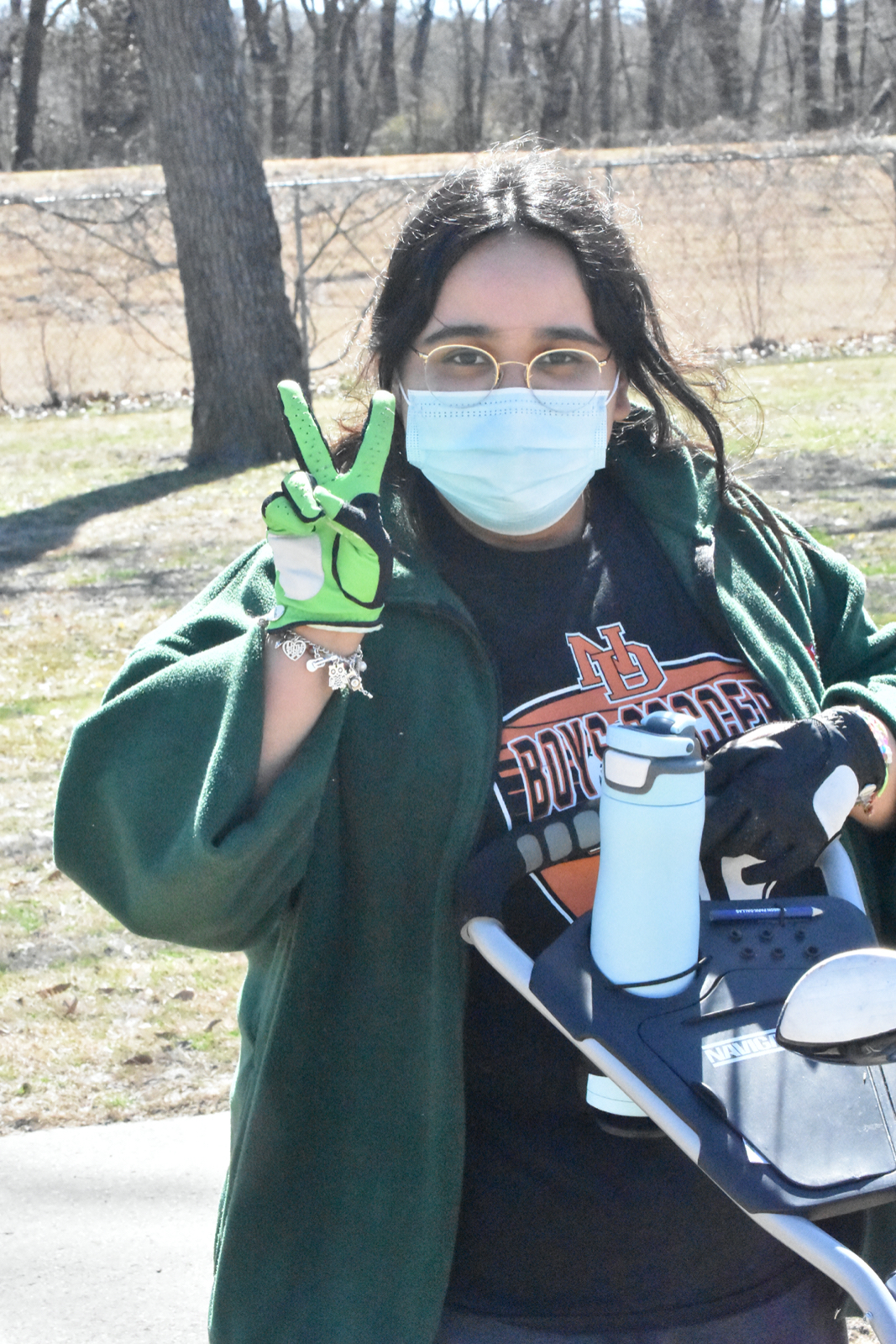 Savannah smiles for the camera. 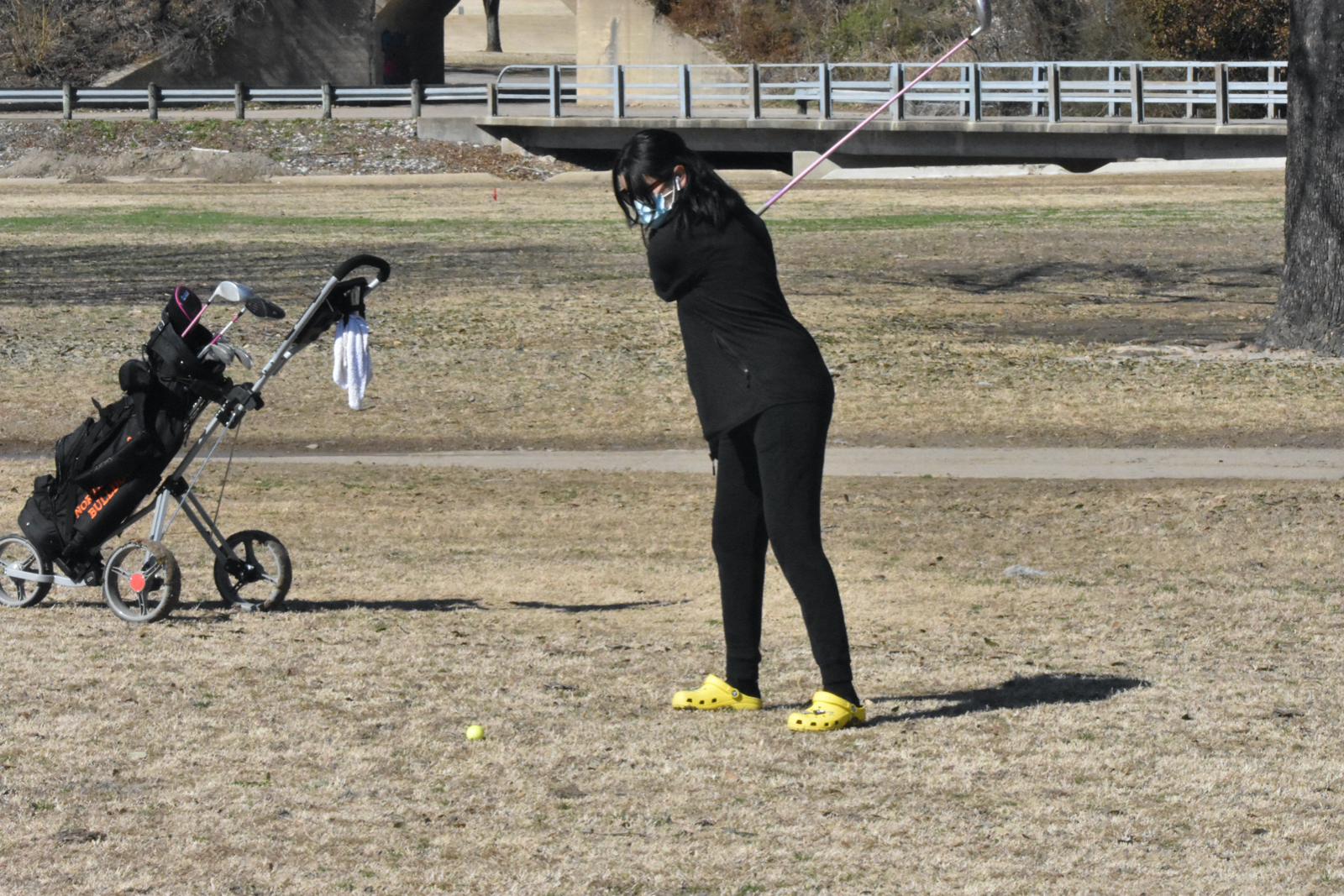 Jahaira Peralta pulls back on the club on the tee. 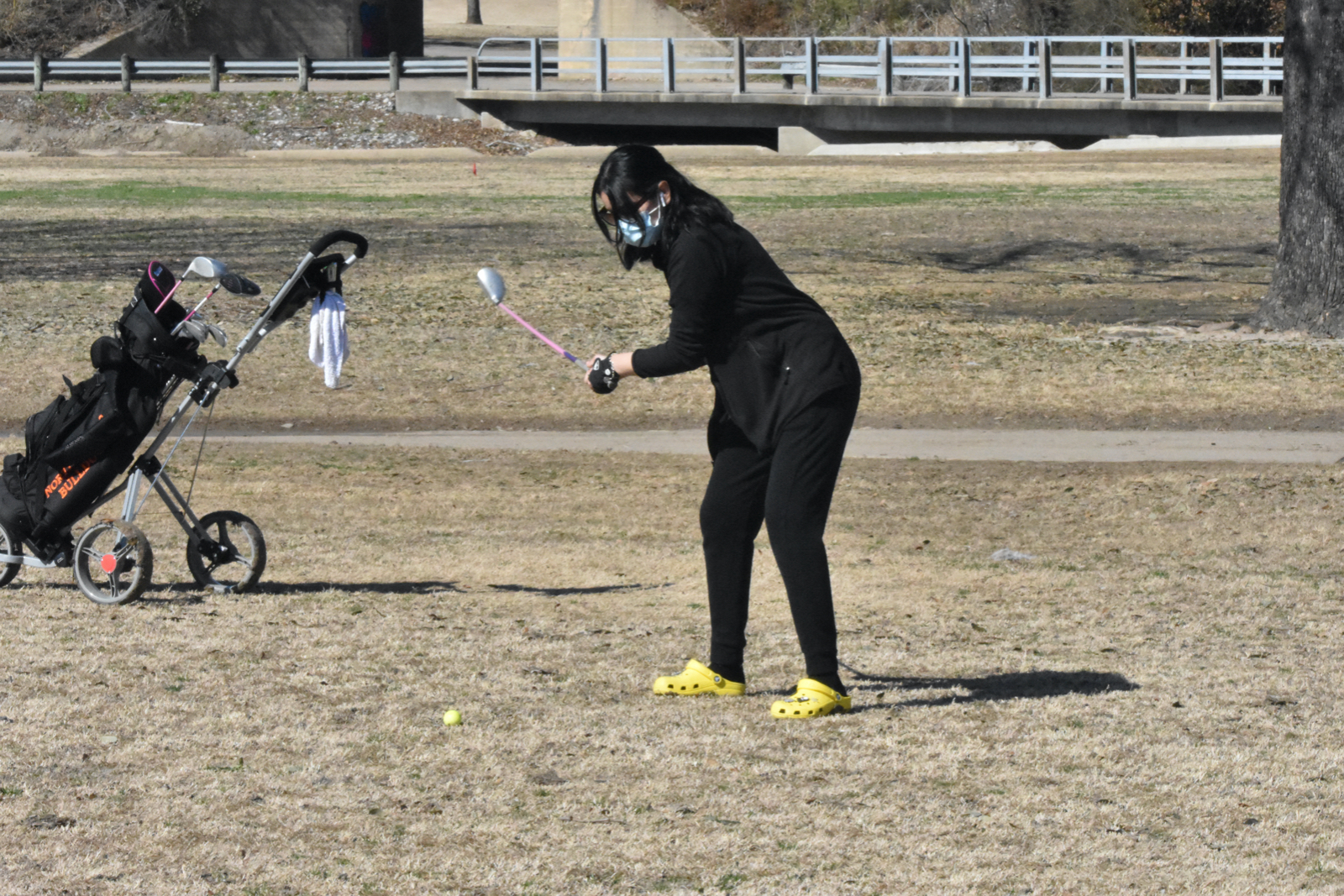 Jahaira Peralta then swings at the ball. 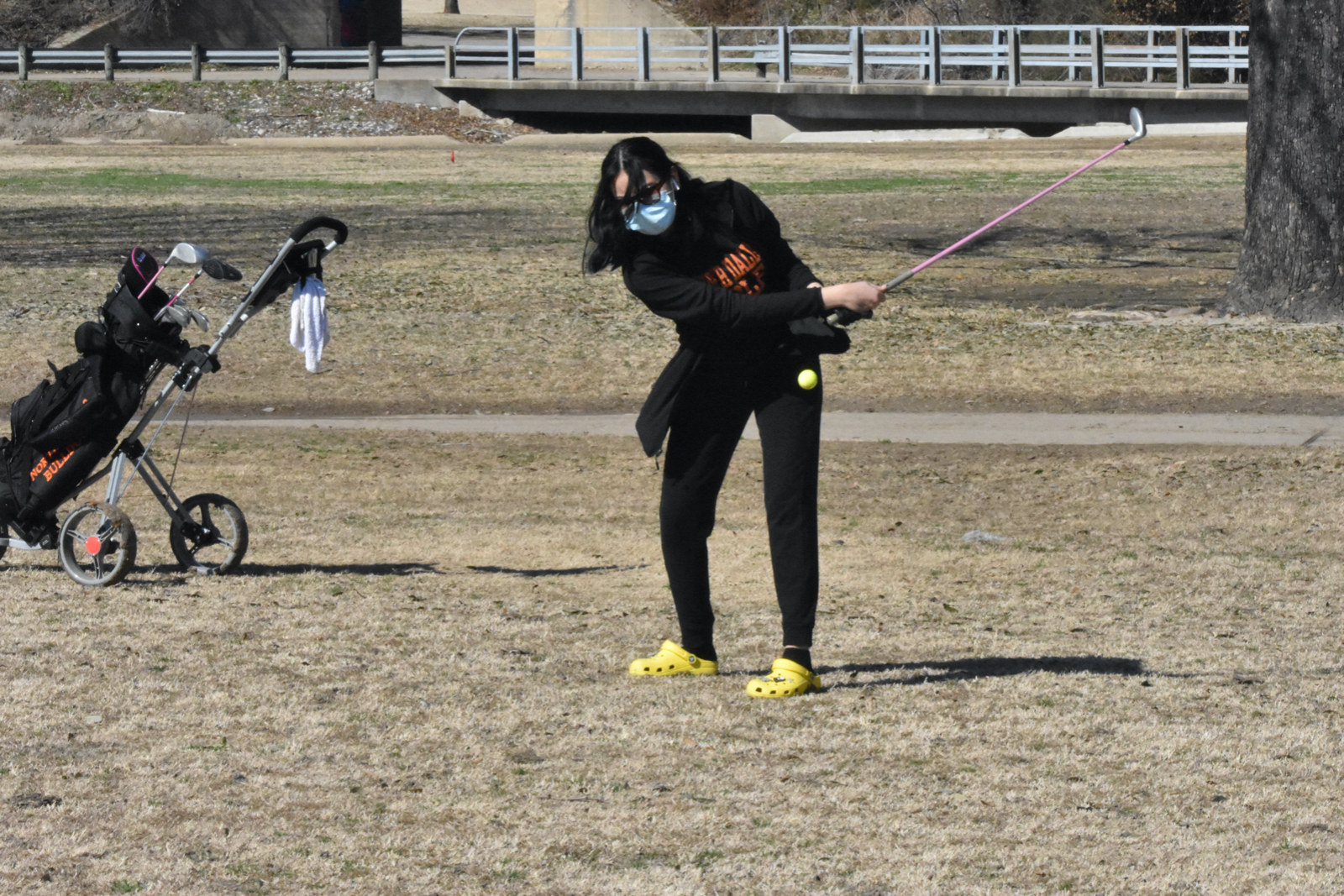 Jahaira gets a good hit off the tee. 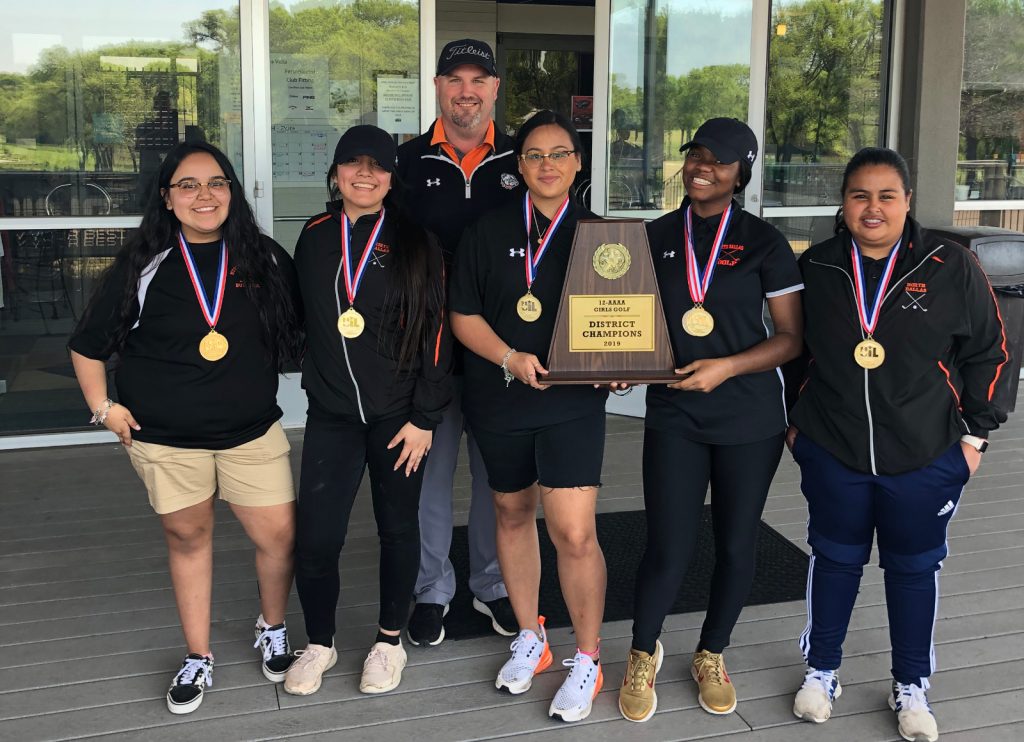 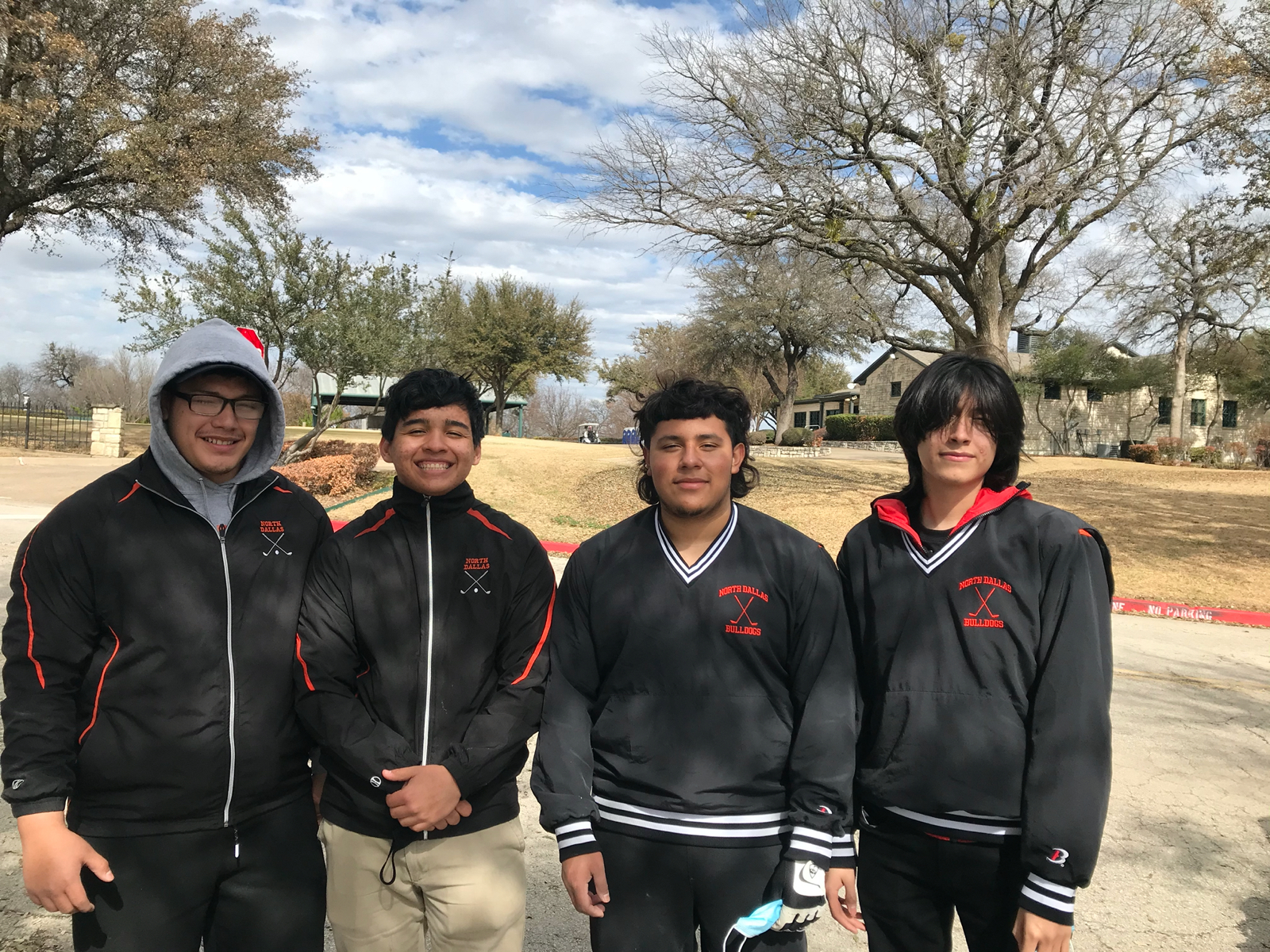