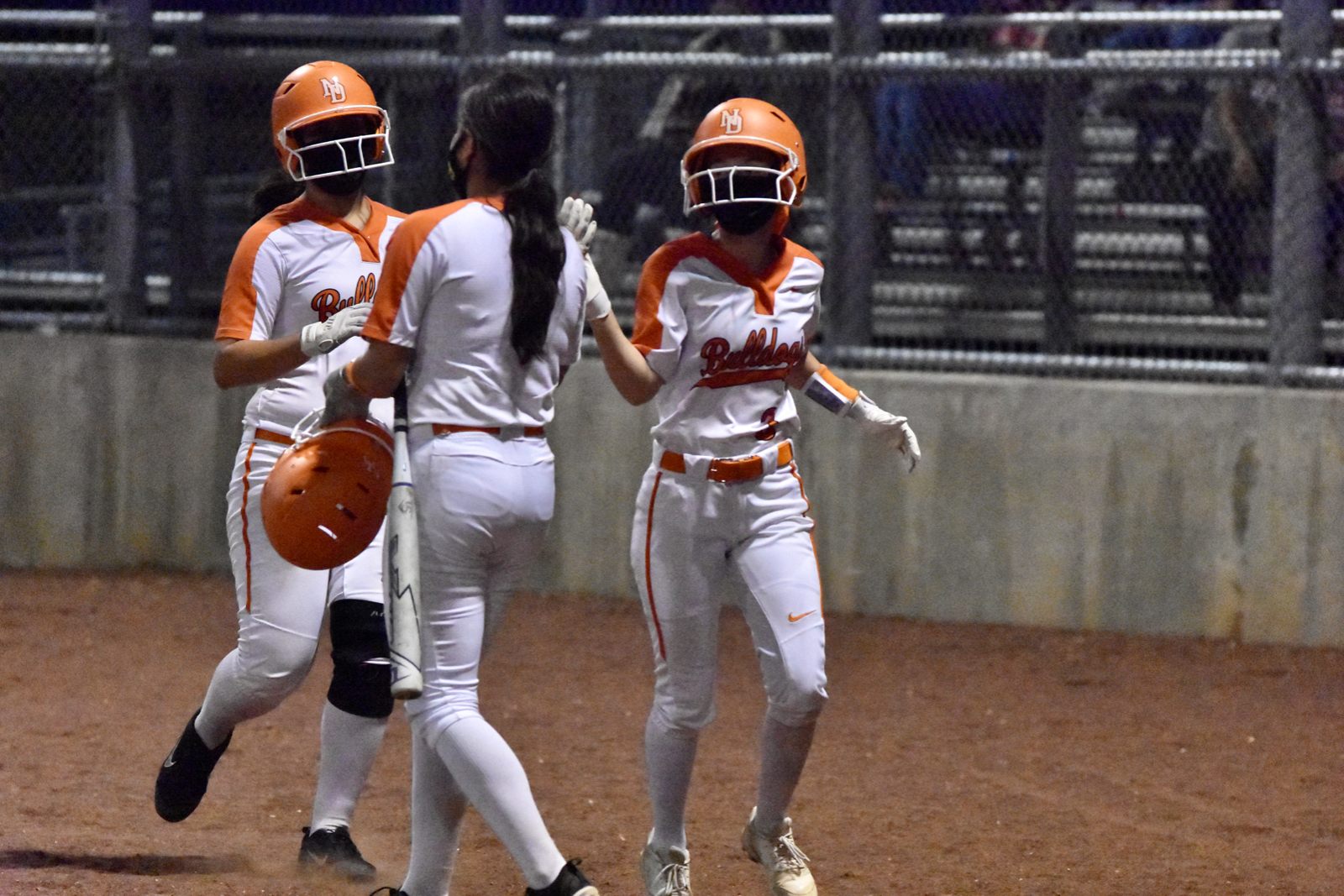 Lauren Garcia (right) and Ruby Velasquez get a high-five from Sophia Hernandez after scoring against Pinkson on March 12.

In a new poll, the Lady Bulldogs are ranked No. 23 in the Texas Girls Coaches Association’s state softball rankings for March 22.

North Dallas Coach Chris Barnhill has been pleased with the girls’ performance so far, and he sees a district title in the near future. Barnhill says this might be the first time North Dallas has been ranked in the state rankings.

“They are very good for us, as long as they stay focused. I don’t see any issue with us going all the way this year,” he said recently, about the District 12-4A title. The last time North Dallas won the district title in softball was in 2011.

In their last district game, the Lady Bulldogs defeated Pinkston 14-1 in a four-inning game. Patrice Leavy drove in four runs and Julianna Serrano gave up only two hits while striking out 10 batters. The first two district wins were 19-0 over Roosevelt and 17-5 over Carter.

While the girls are playing well, Coach Barnhill still has concerns about the coronavirus.

“We talk to them about trying to be safe,” he said. “We’re trying to have fun too. At practice, we do go over our skills and we’re trying new things, but we want to have as much fun as possible. I know this whole thing has been stressing everybody out.

“Like the last couple of days, we were prepping for this, but there was so much laughing going on during practice.  I even hit the ball and ran, and they were making fun of me running. Faking a llittle hop, and they were rolling.” 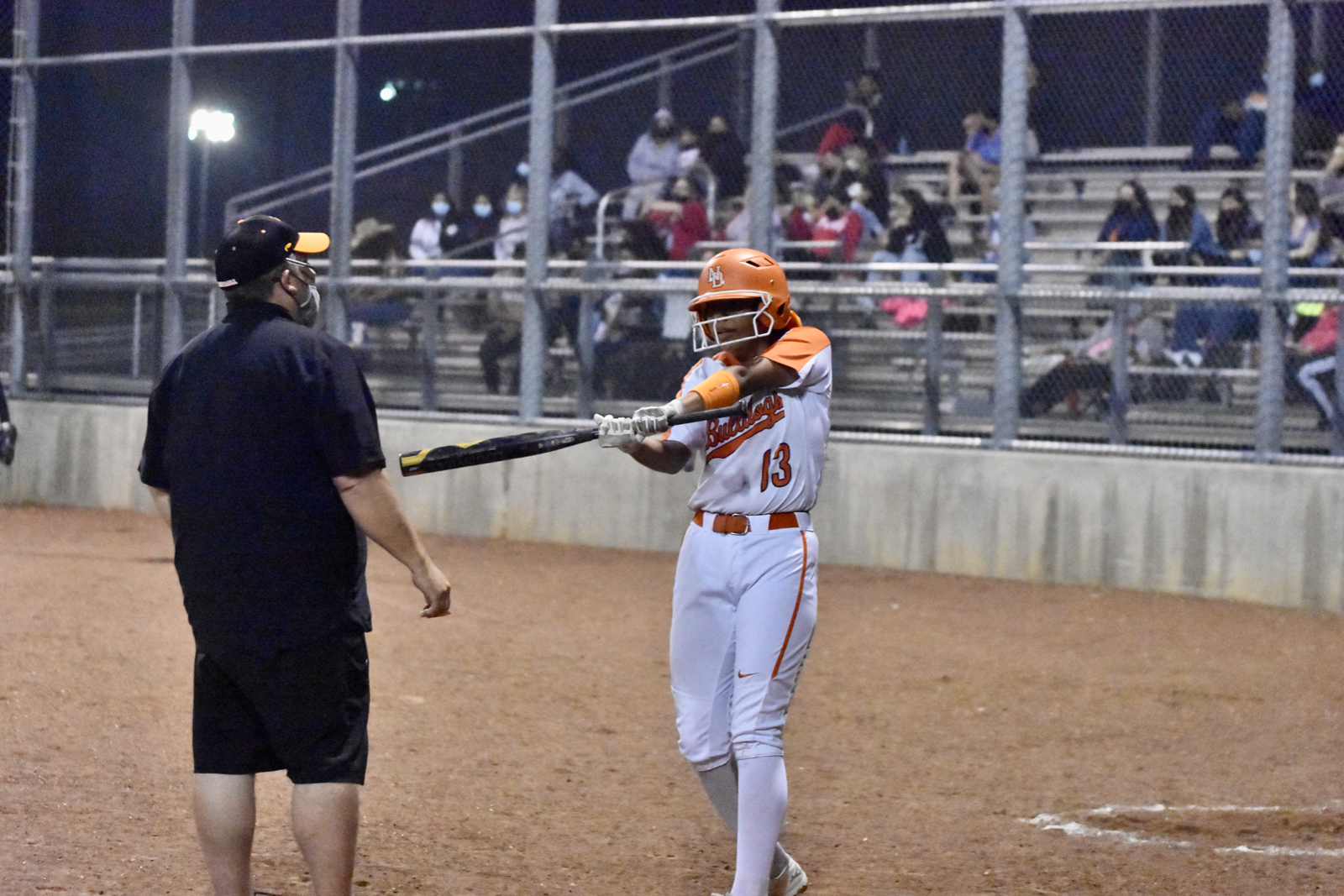 Coach Chris Barnhill talks with Ava Gonzalez before she goes to bat. 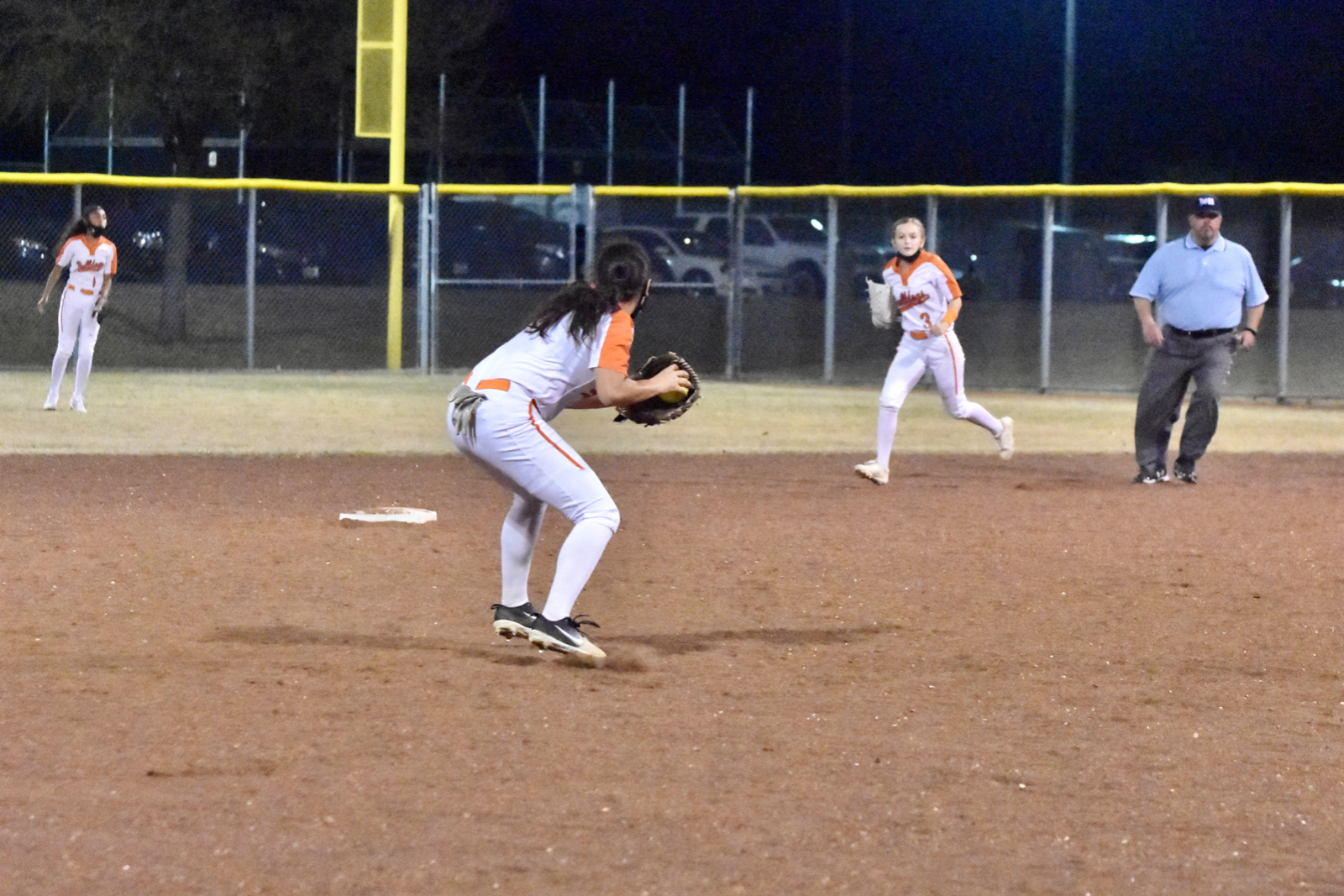 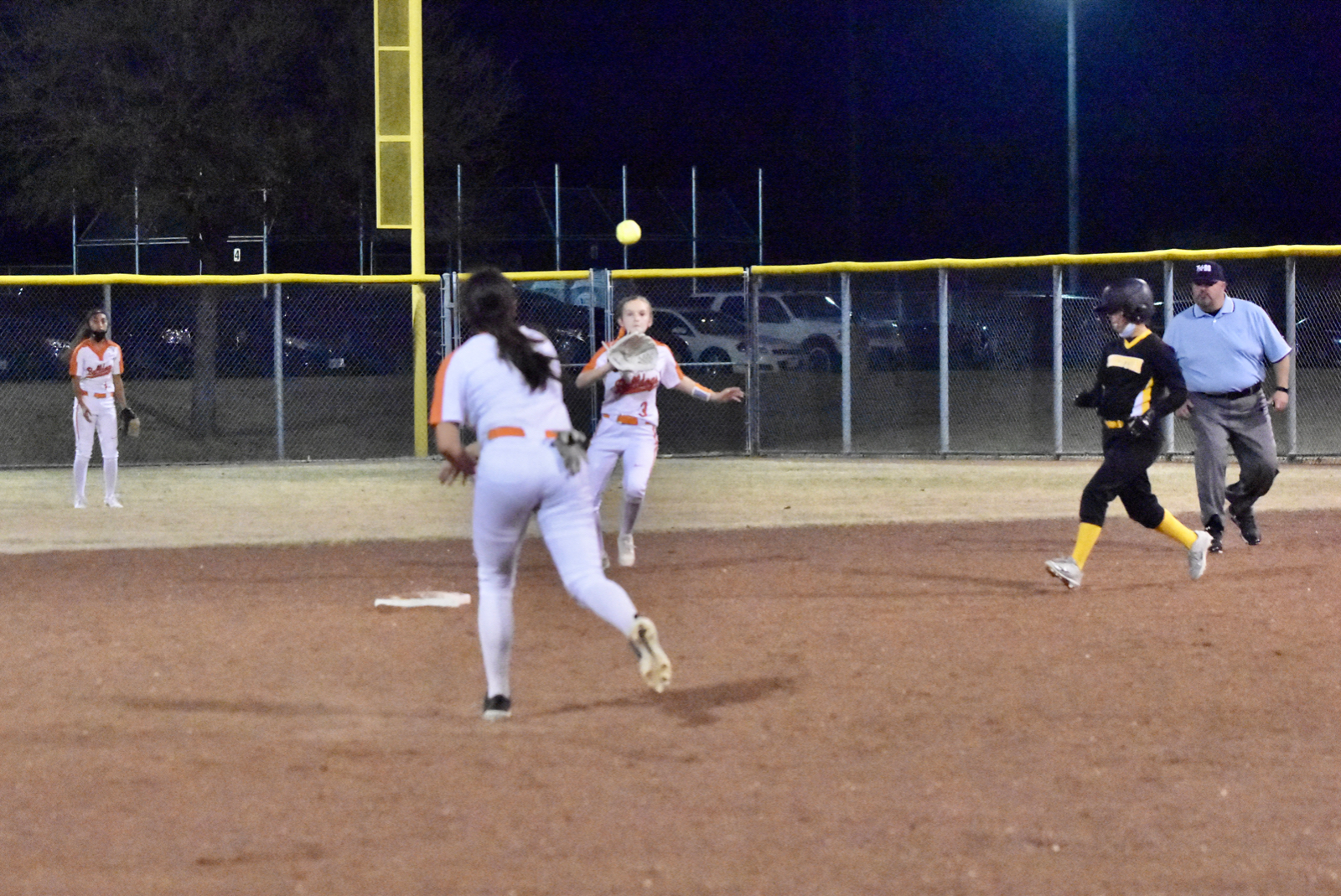 Sophia throws to Lauren Garcia at second base. 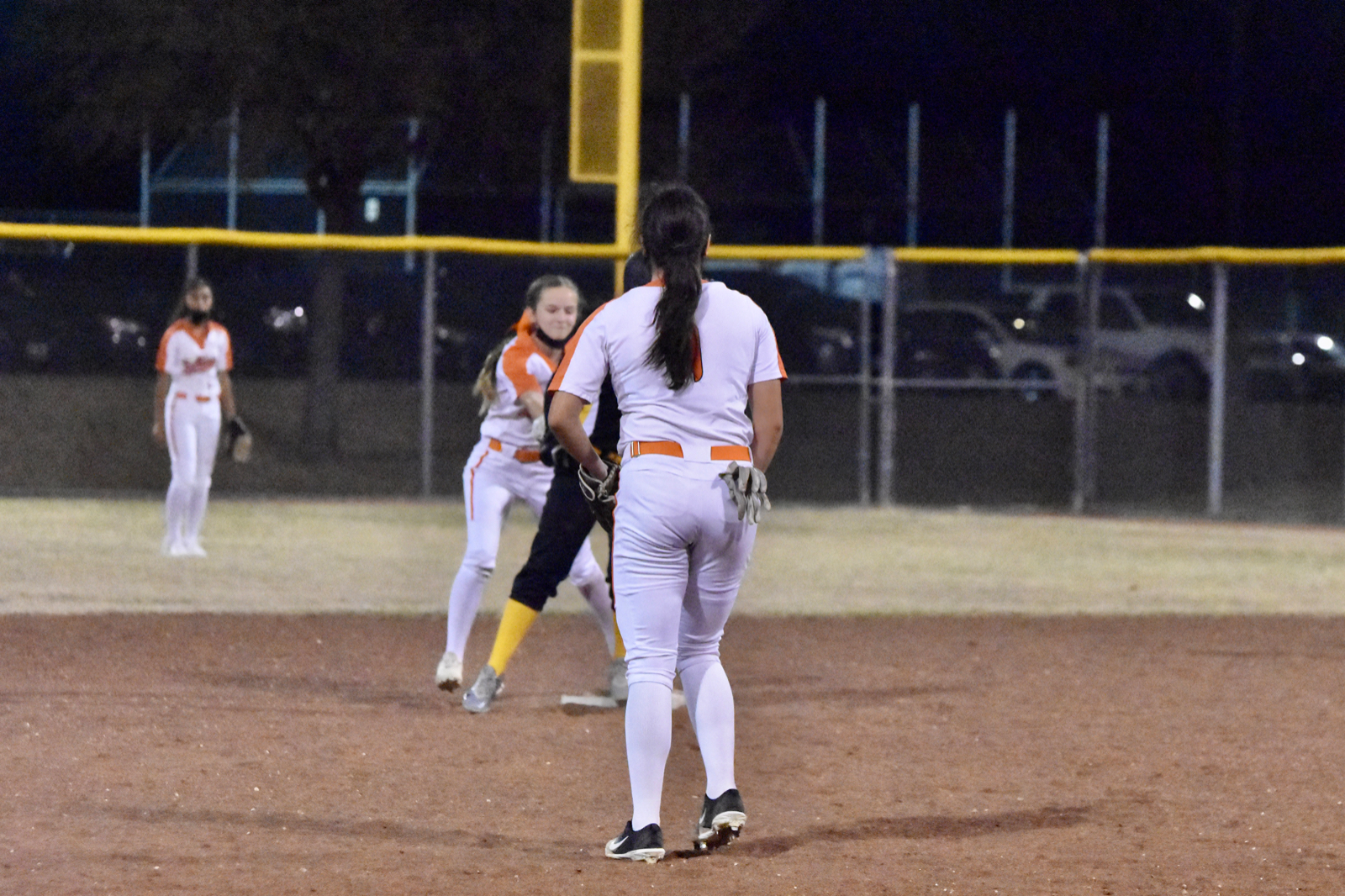 Lauren applies the tag but the Pinkston runner is called safe. 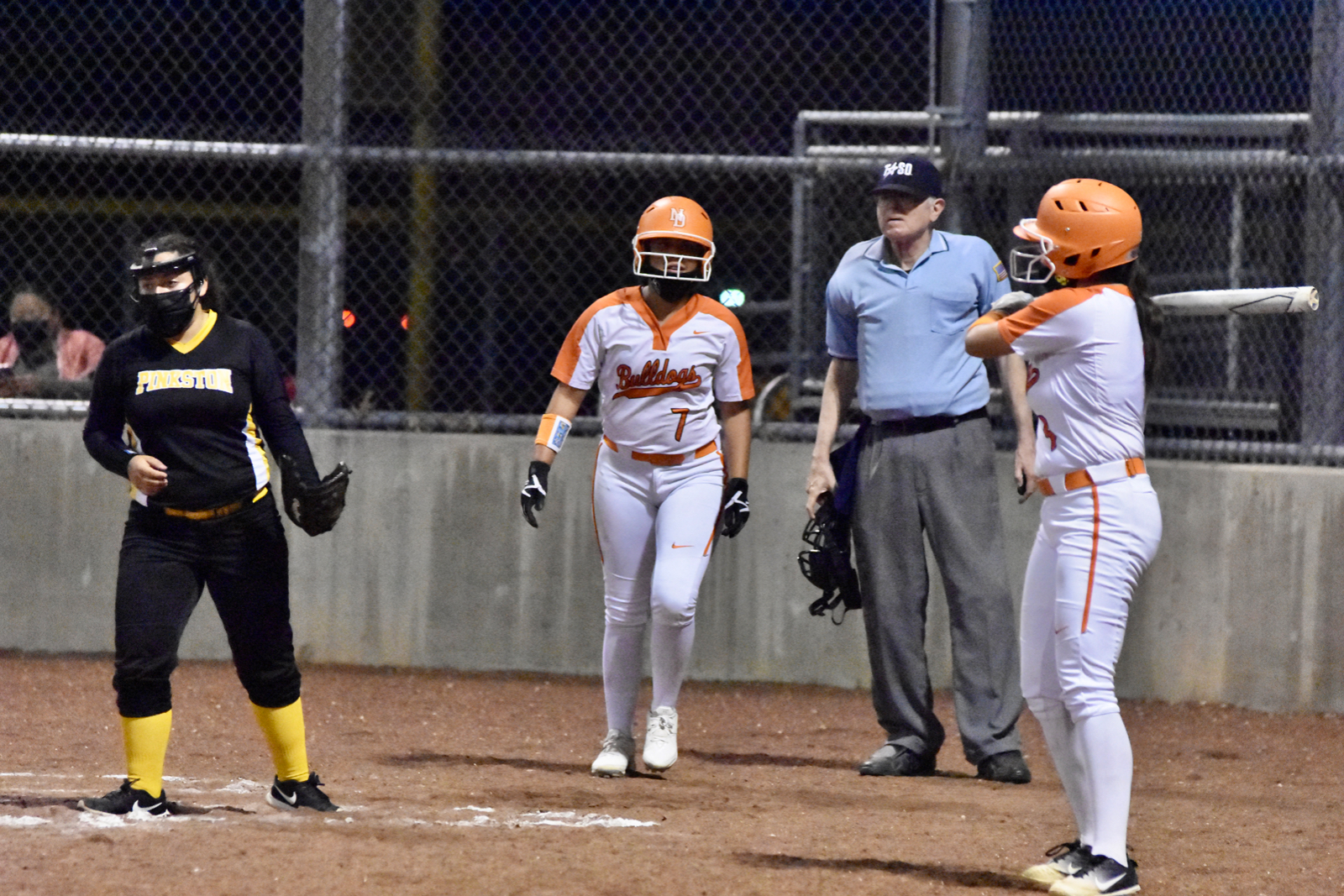 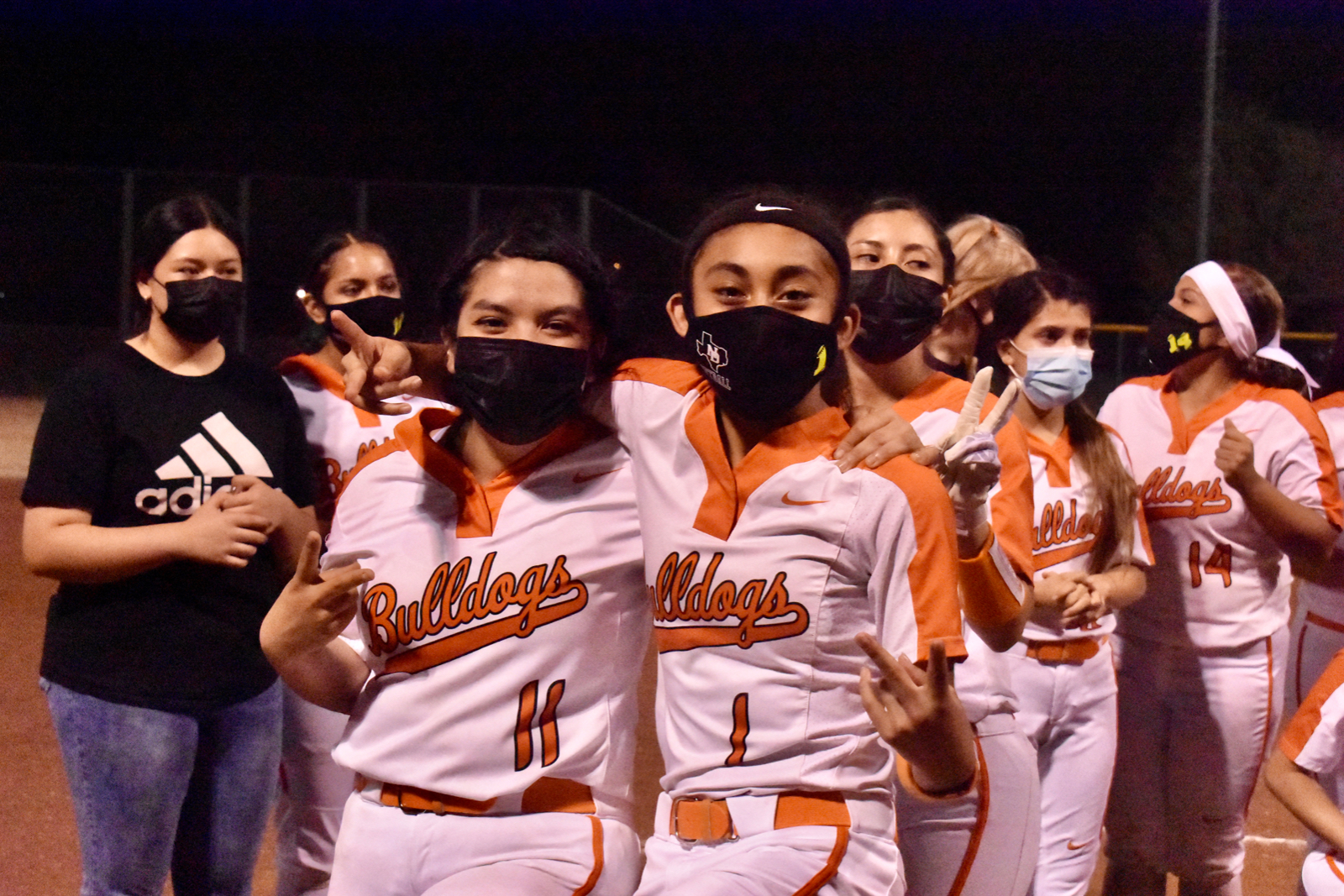