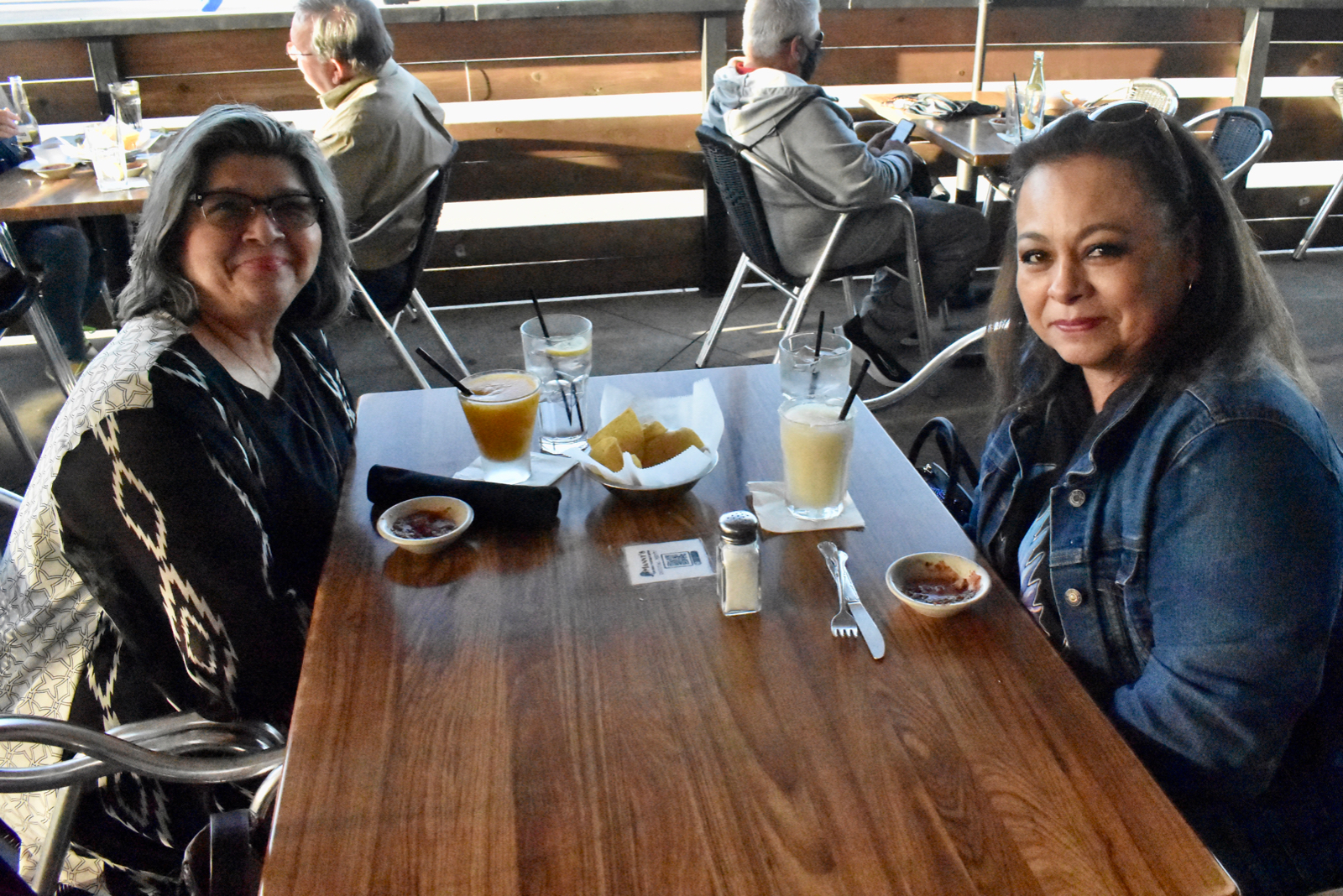 “This fundraiser was a great start to many,” North Dallas Booster Club President Jessica De Paz said. “COVID, and the bad weather in February really set us back. But it did not stop us from pushing forward. Our goals still remain the same, community sponsorship, Booster Club membership, and more successful fundraisers.”

Jessica said she would like to plan more with the North Dallas athletic teams,  possibly at Manny’s, in the future.

“Thank you to Manny’s Lakewood for hosting us,” she continued. “We were so grateful for the staff, thank you to the alumni who attended or ordered to-go, and also thanks to [Dallas City Council District 2 candidate] Jesse Moreno for his attendance and merchandise purchase.” 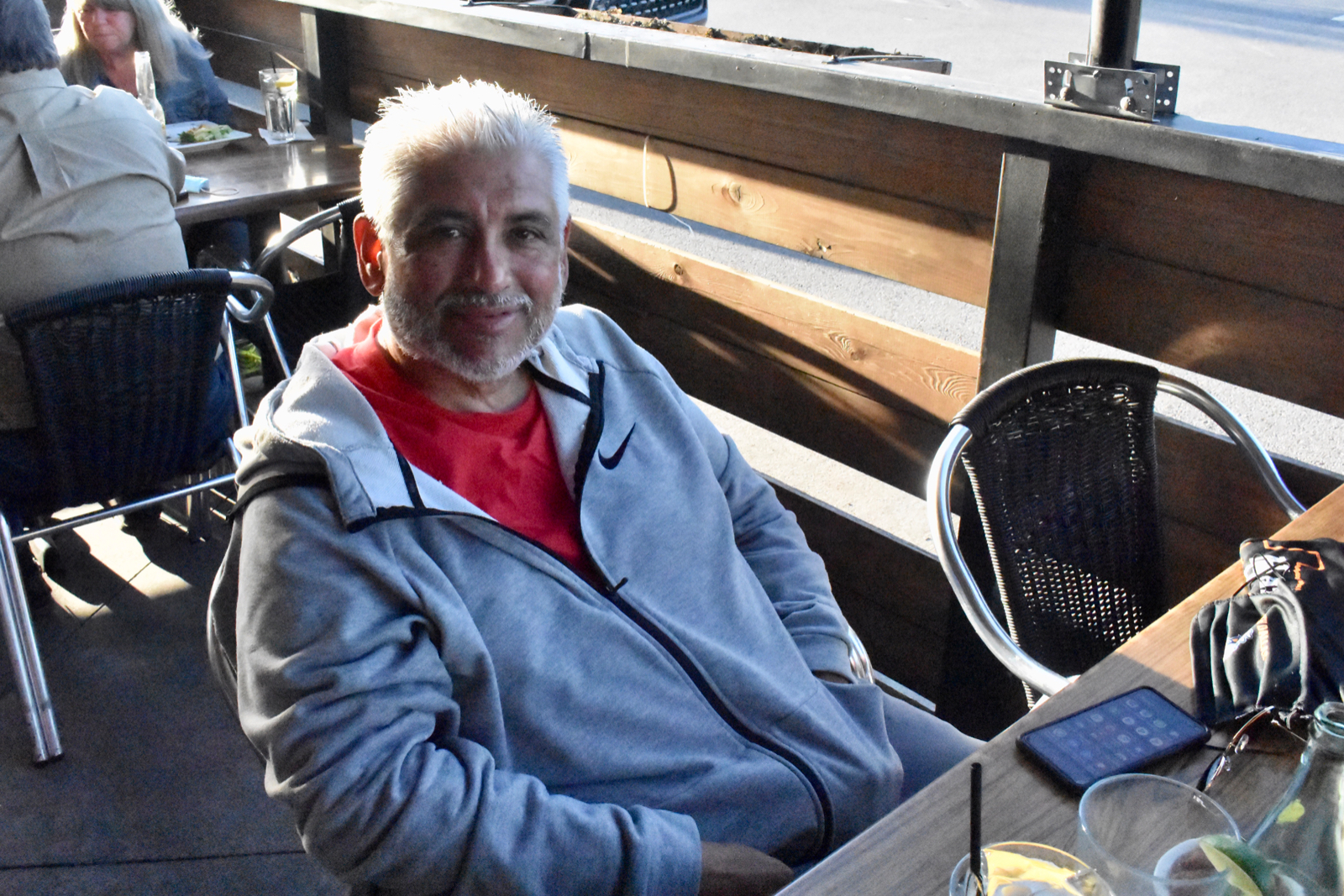 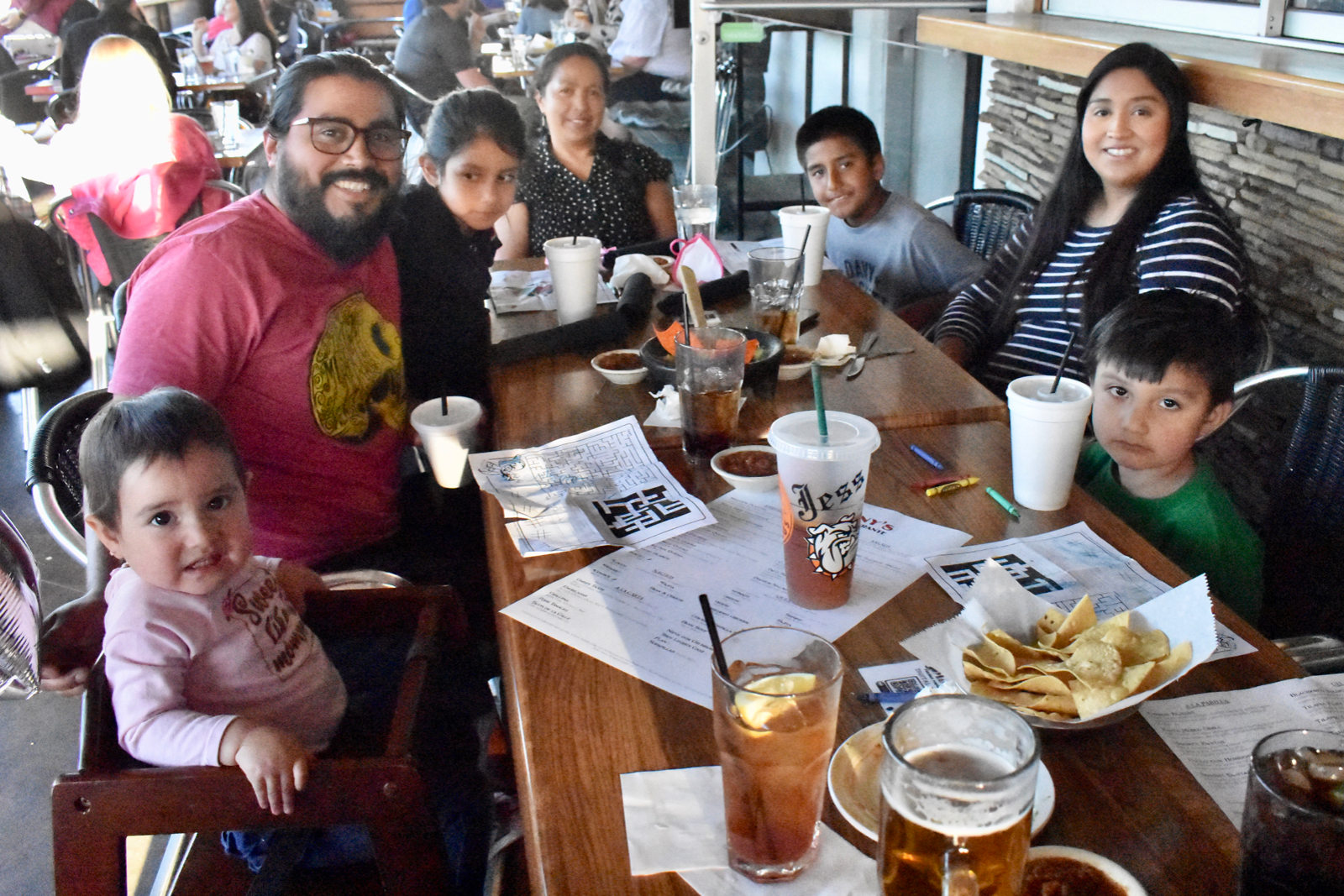 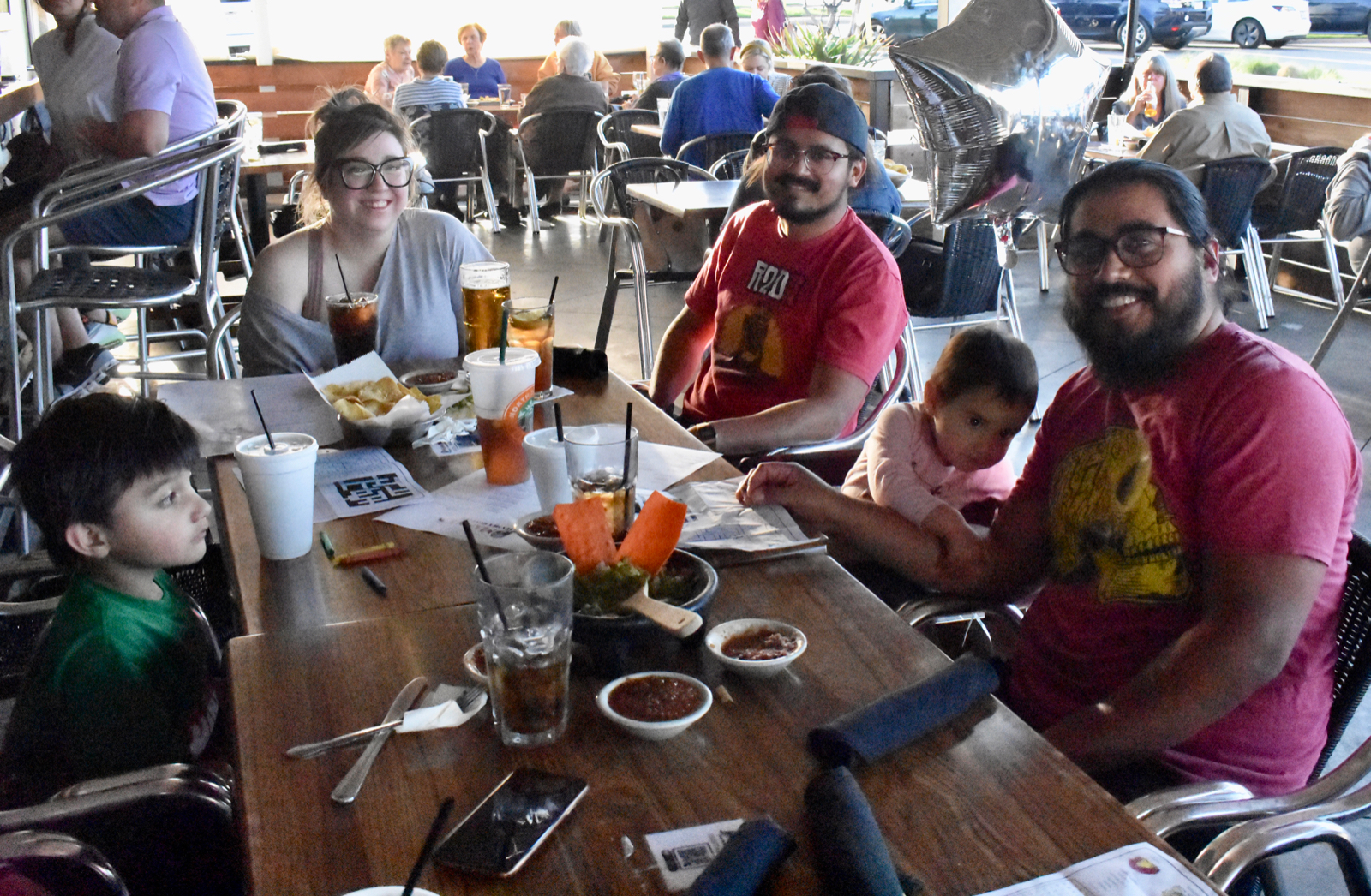 Also at the table were (from left) Gustavo Gomez Jr., Ellyn De Paz, and Christian De Paz (ND Class of 2008). 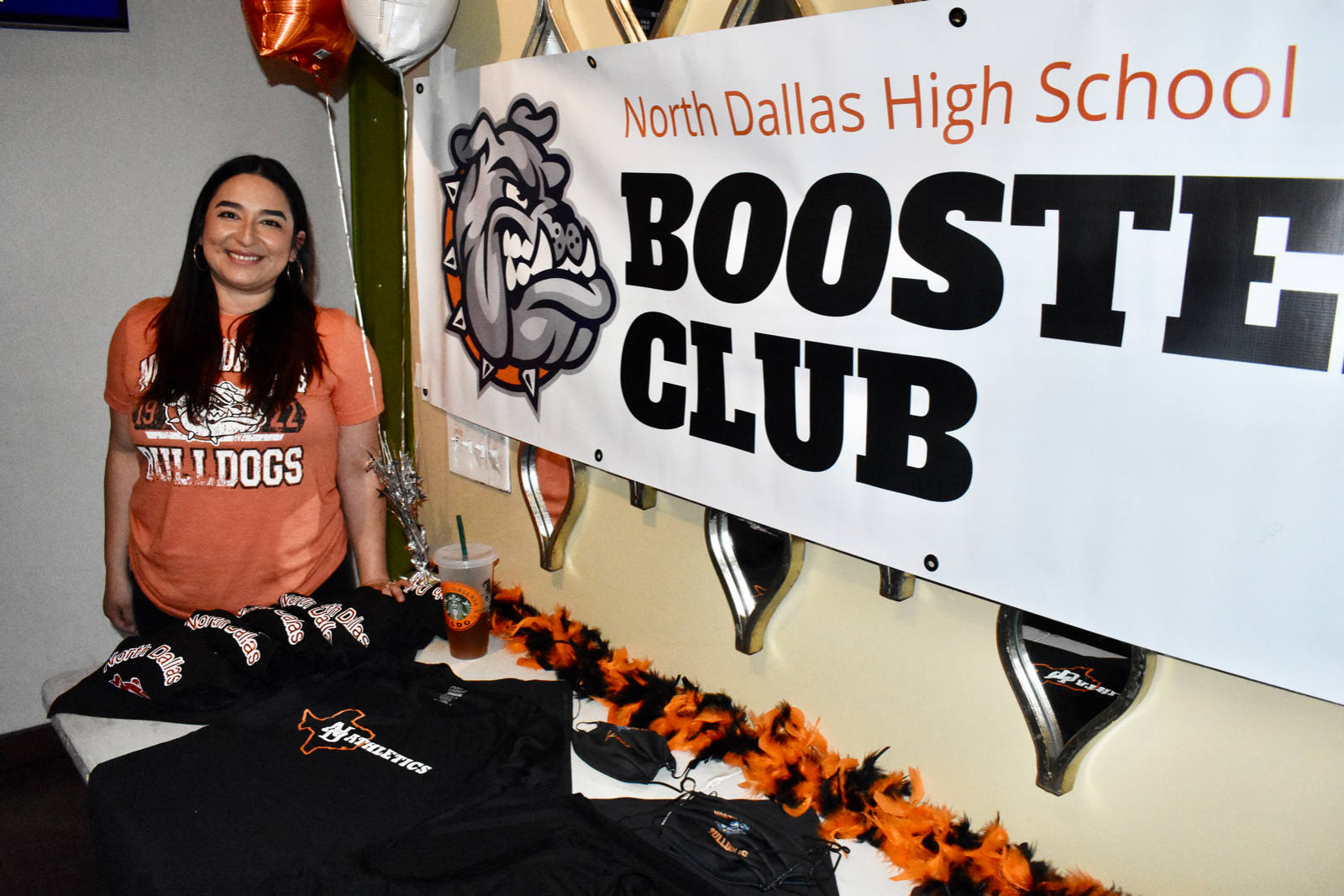 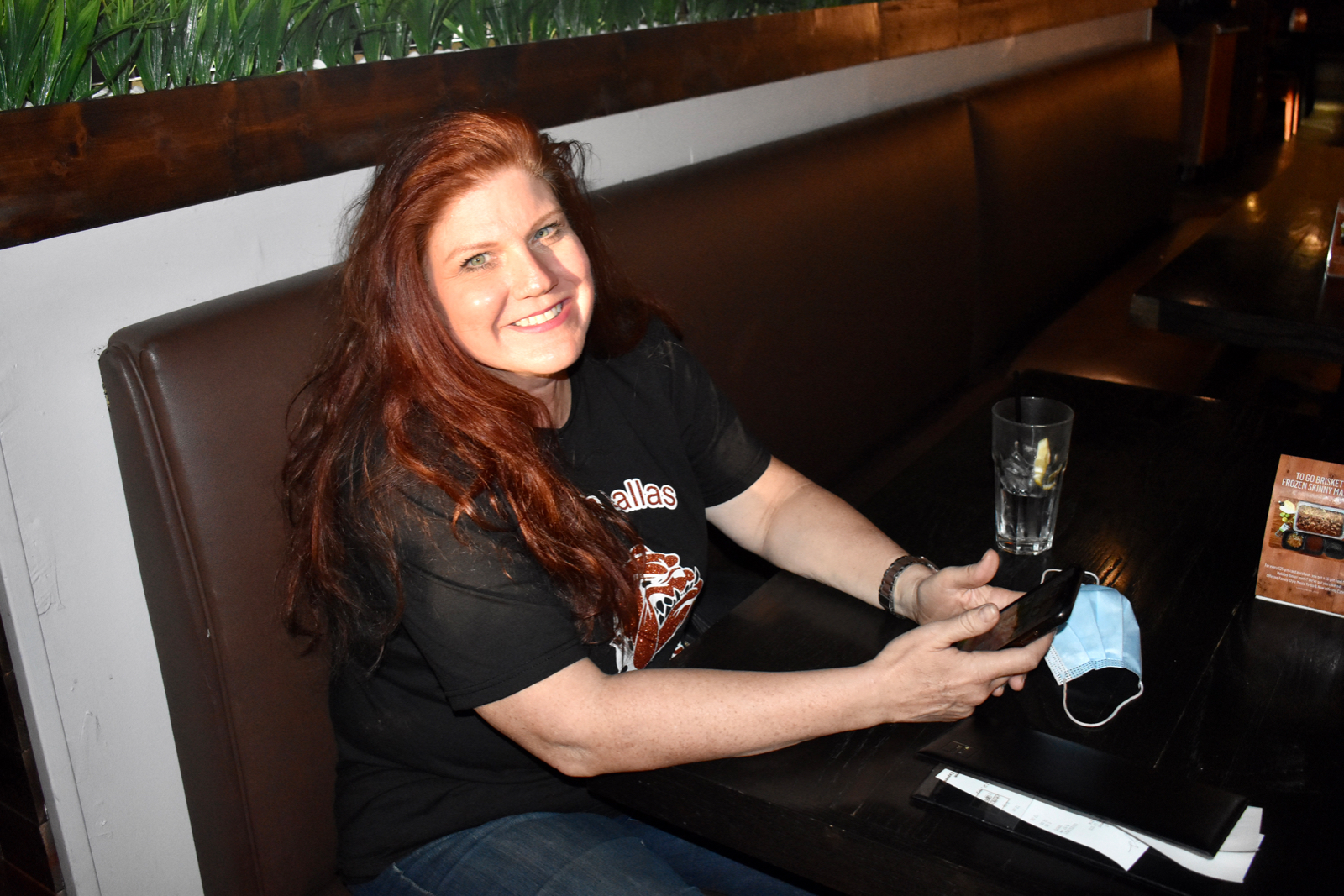 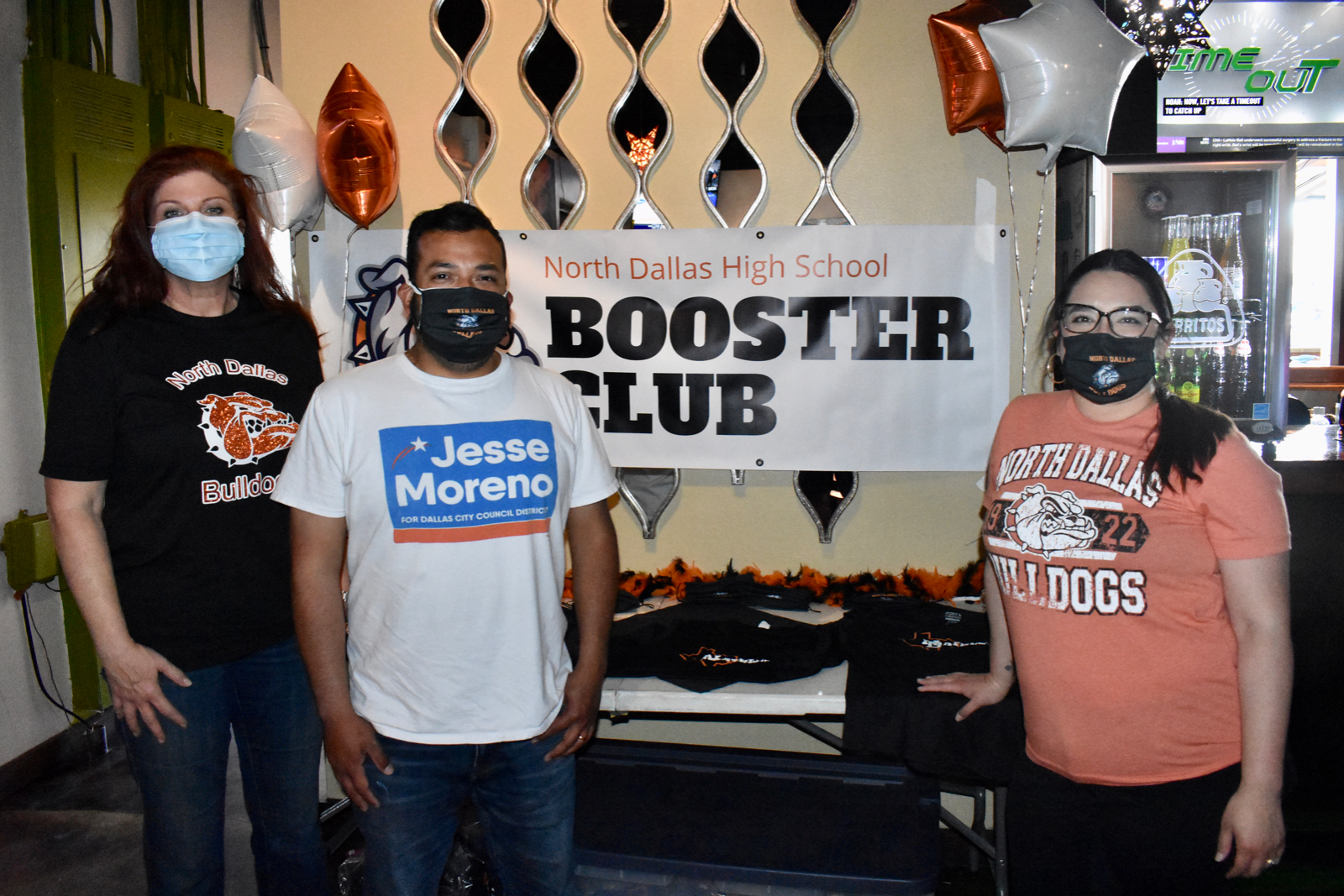 Treasurer Melanie Wester (left) and President Jessica De Paz visit with Dallas City Council Disrict 2 candidate Jesse Moreno at the Booster Club Spirit Night. Jesse says the blue in his T-shirt is for SMU, and the orange line underneath is for North Dallas.