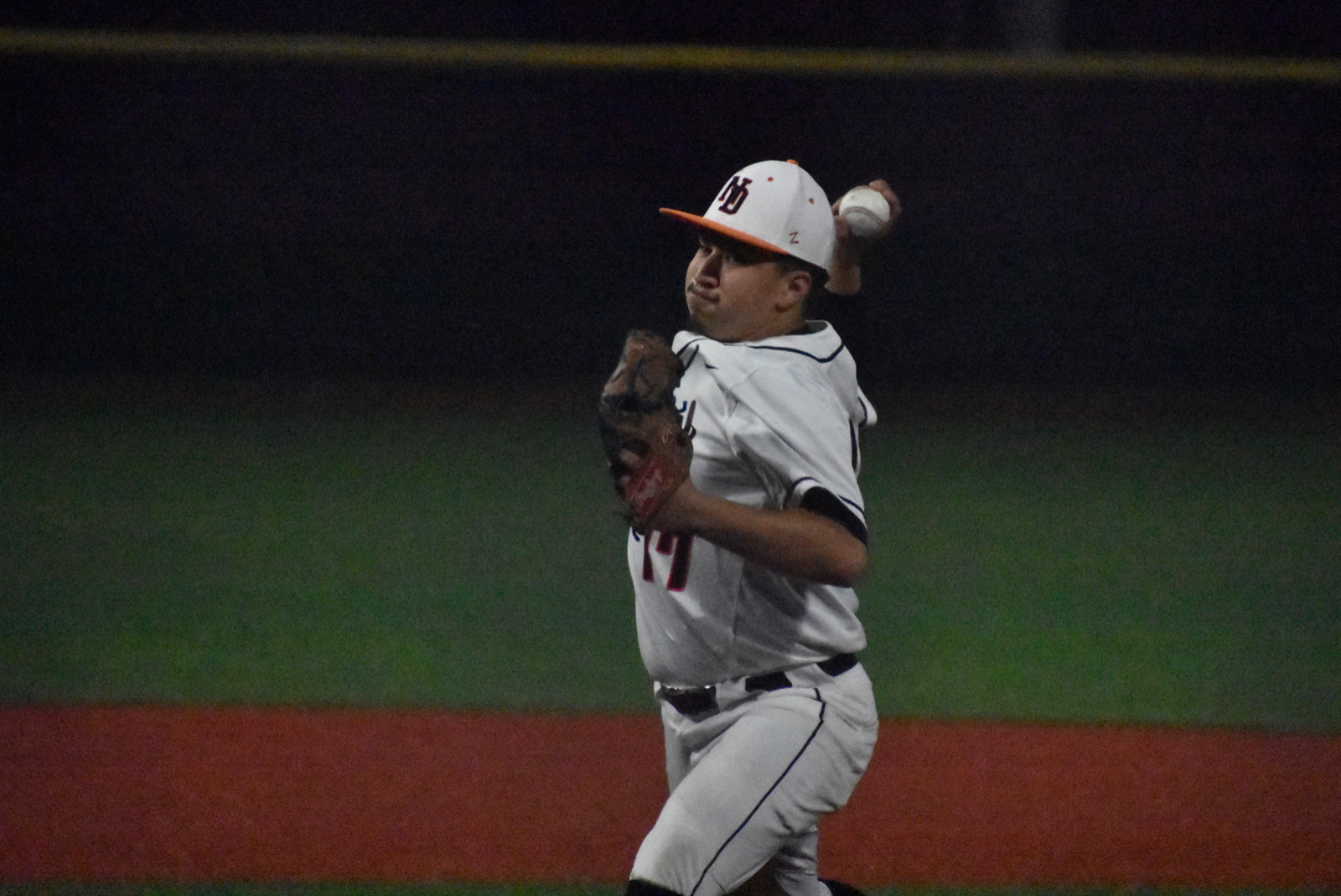 Joseph Mendoza gets the win for the Bulldogs, allowing 1 hit while striking out 12.

Leading 3-0 in the sixth inning, Pinkston’s first two hitters managed to get on base. A bunt moved the runners to second and third base with one out.

North Dallas Coach Steven De La Cerda quickly called time and went to the mound to talk to pitcher Joseph Mendoza and the rest of infield. After play resumed, Joseph struck out the next two batters to end the Pinkston threat.

The Bulldogs added two more runs to take a 5-0 victory over their District 12-4A rival Thursday night at Higgins Field. North Dallas is 7-6 overall and 3-0 in District 12-4A play.

Joseph allowed only one hit while striking out 12 in the win. He struck out the first two Pinkston batters in the seventh inning, walked a batter, and then got the next batter to hit a grounder back to the mound, where he scooped up the ball and threw to first base for the final out.

“My pitching performance was pretty good today,” Joseph said. “I was really trying to zone in today. I tried my best. I haven’t been having the best outings lately, so today was a day to make it up and show everybody that I can pitch.”

On Pinkston’s sixth inning threat, Joseph said, “It was pretty tough. I didn’t want anybody to score, so I was trying to execute that one out and make sure those two runners don’t score.”

In their half of the sixth inning,  the Bulldogs’ Osvaldo Cabrera and Logan Moreno walked, moved to second and third on a balk, and then scored when Pinkston misplayed Joseph’s ground ball.

“I don’t think we played that great, but we had timely hits,” Coach De La Cerda said. “We made the plays we were supposed to make. And I thought JoJo pitched a heck of a game today.”

Coach De La Cerda has a lot of respect for Pinkston, which is guided by Coach Cortez Cole, a former assistant coach for De La Cerda at North Dallas.

“This was one of our district contenders,” he said. “Coach Cole does a great job, having been one of my former assistants, he’s an awesome coach. They’re very well-coached. They had great pitchers, they competed.”

The Bulldogs’ next game is at noon Saturday at Seagoville. 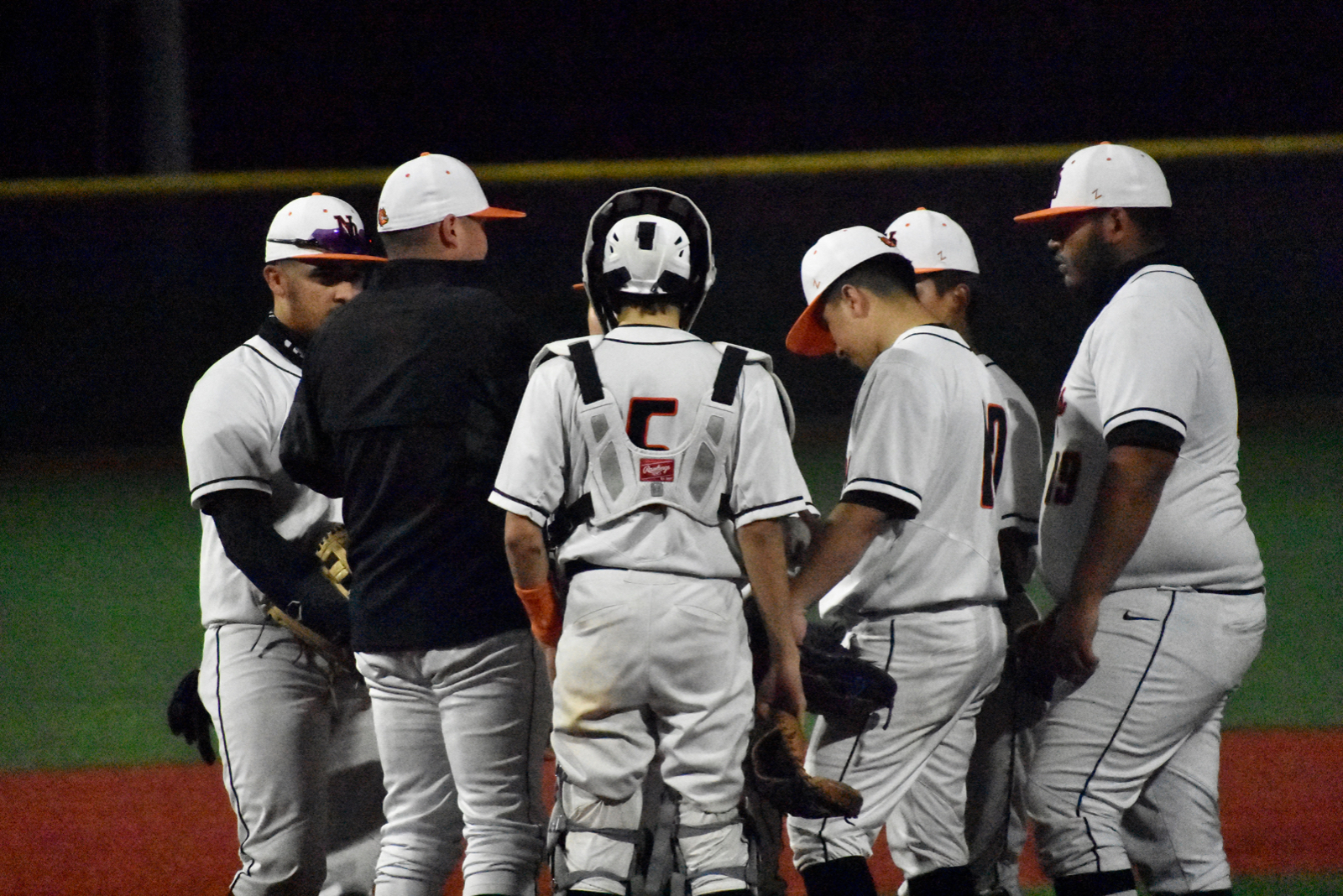 North Dallas Coach Steven De La Cerda talks to the players after Pinkston managed to put two runners on in the sixth inning. 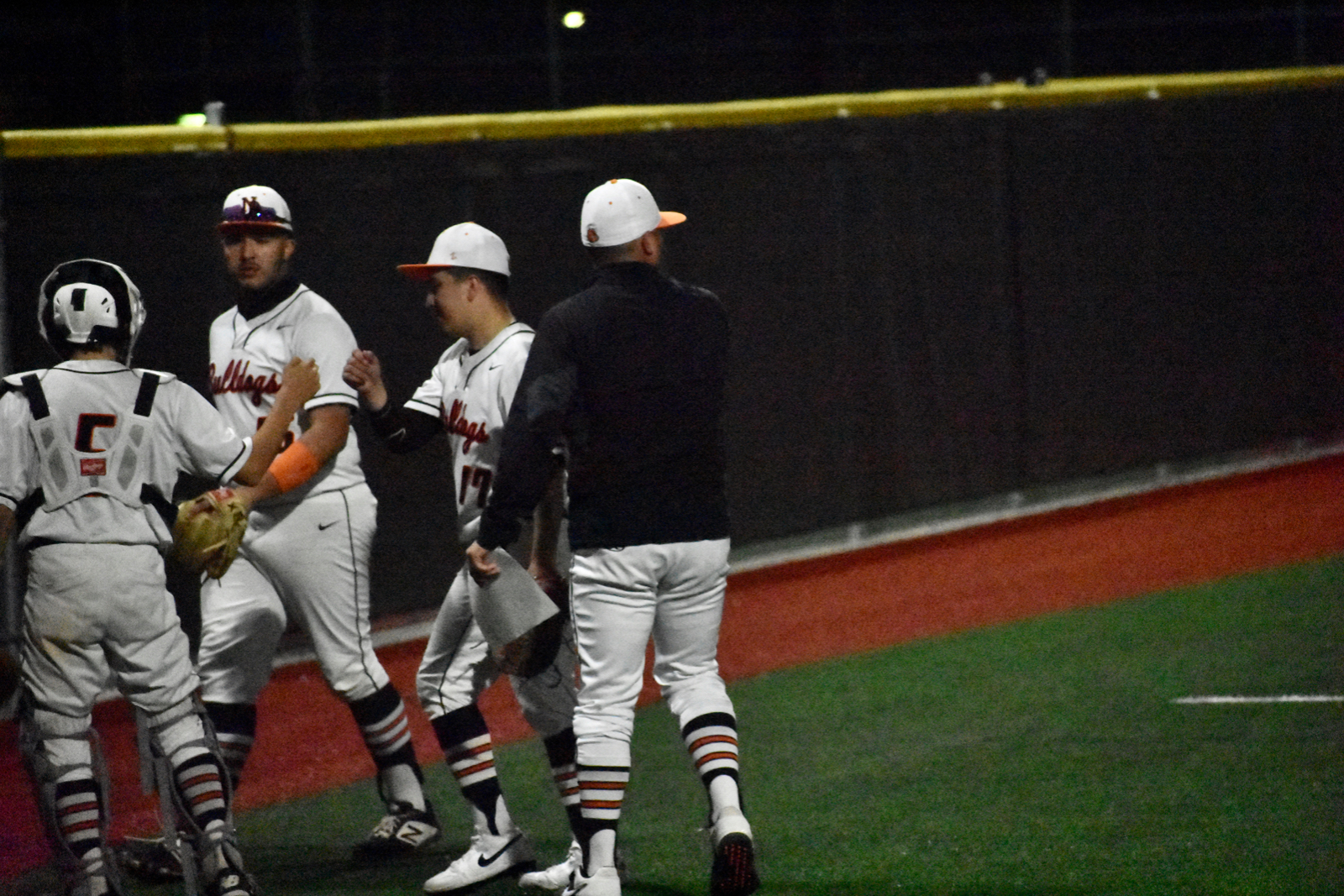 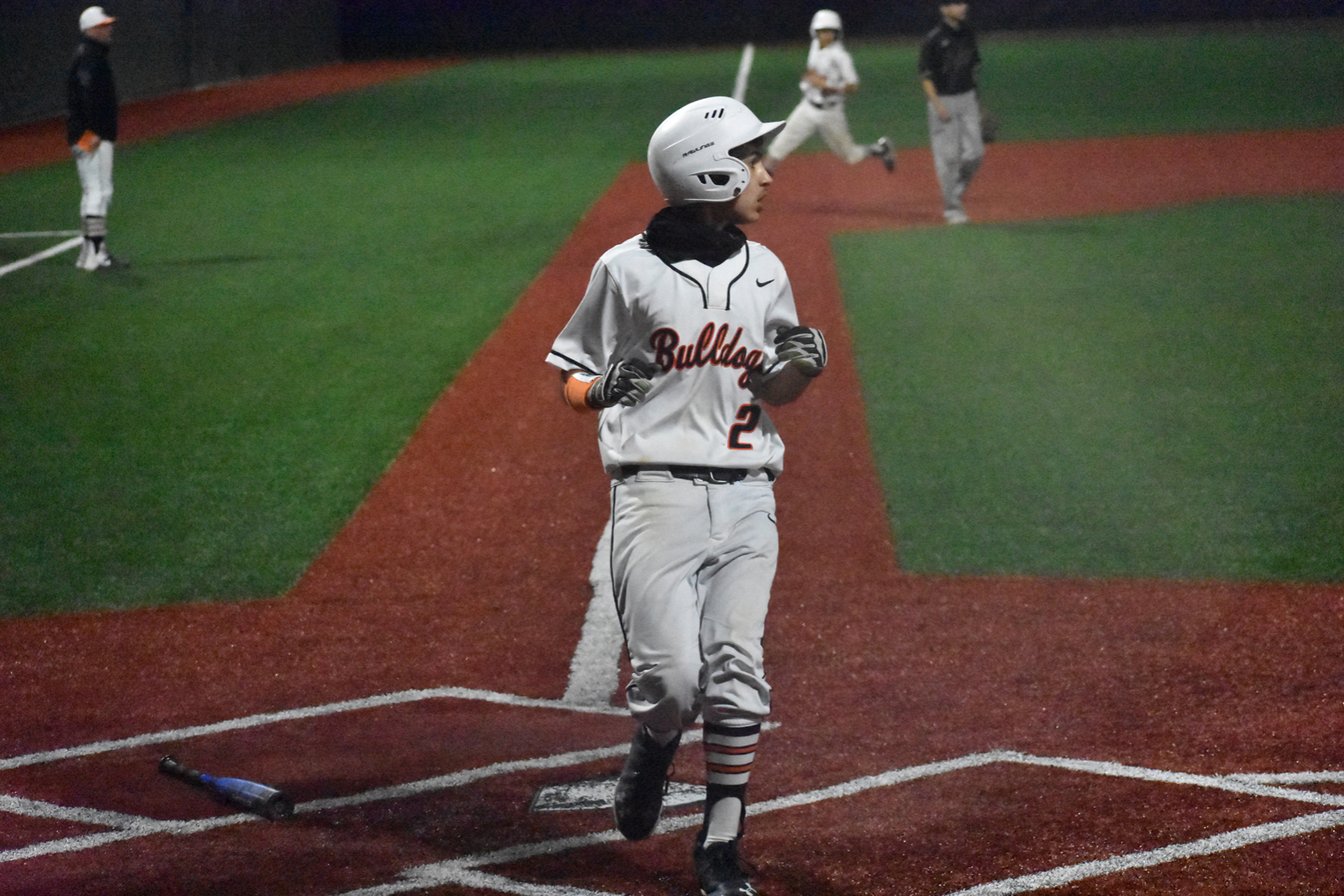 Osvaldo Cabrera scores for the Bulldogs in the sixth inning. 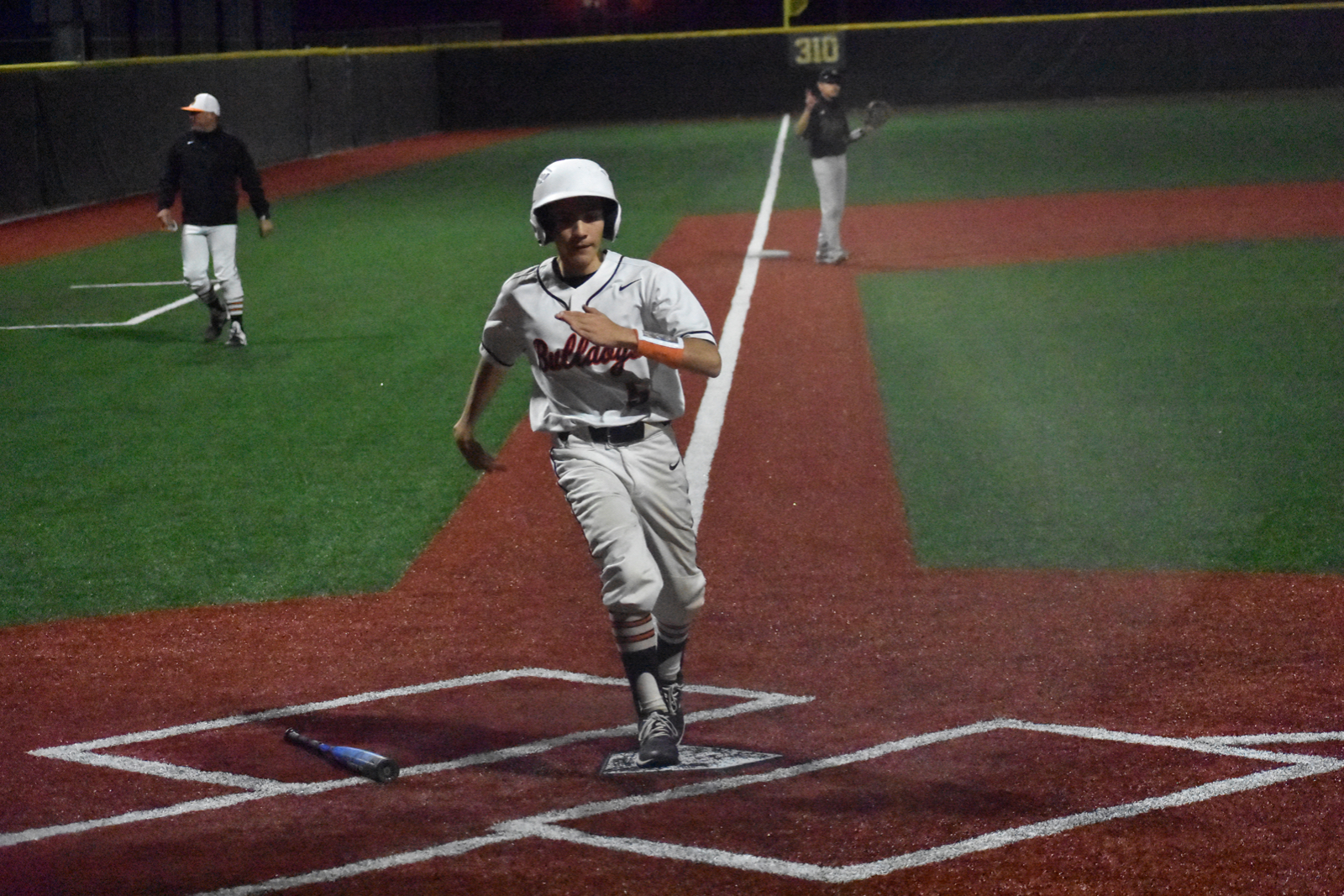 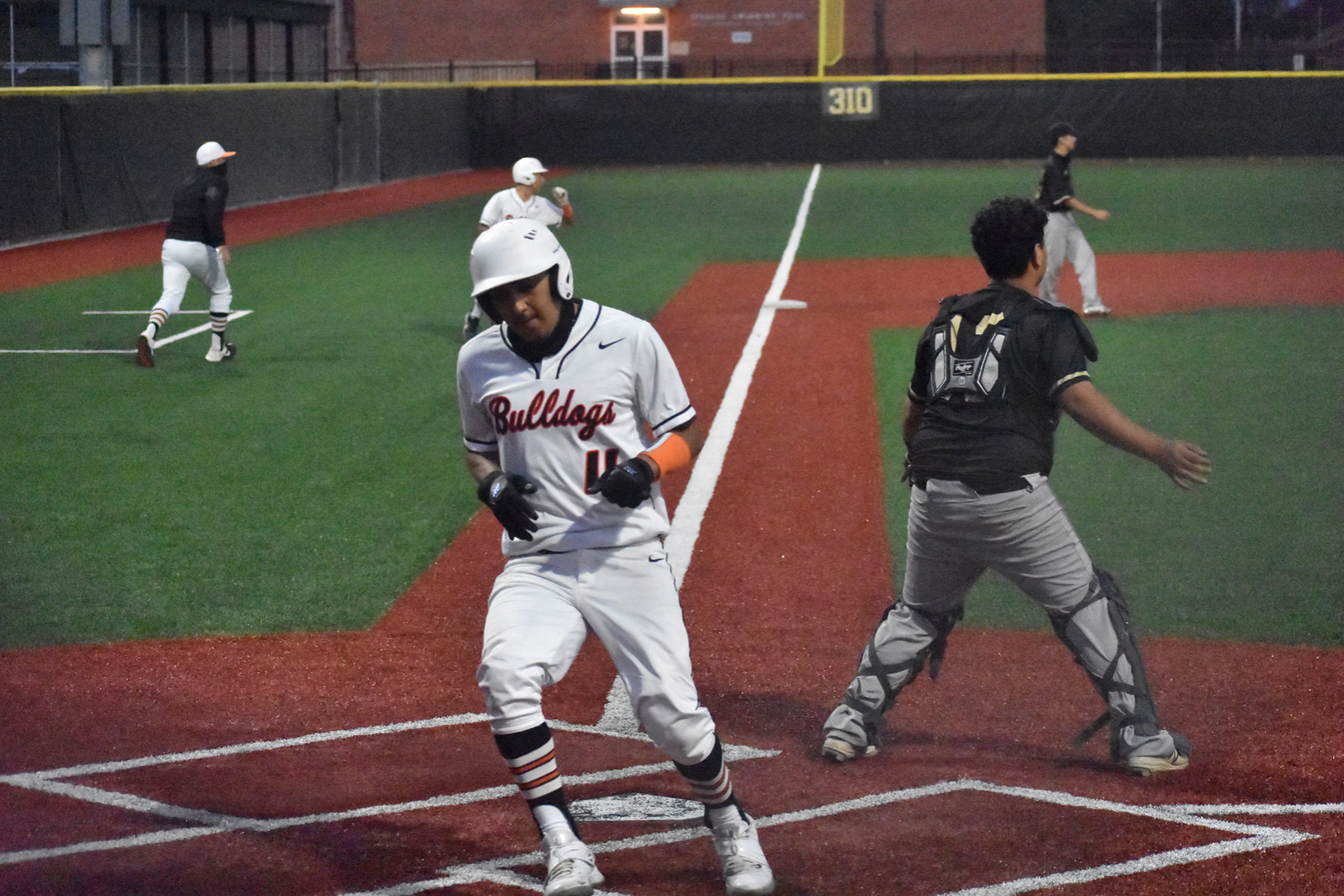 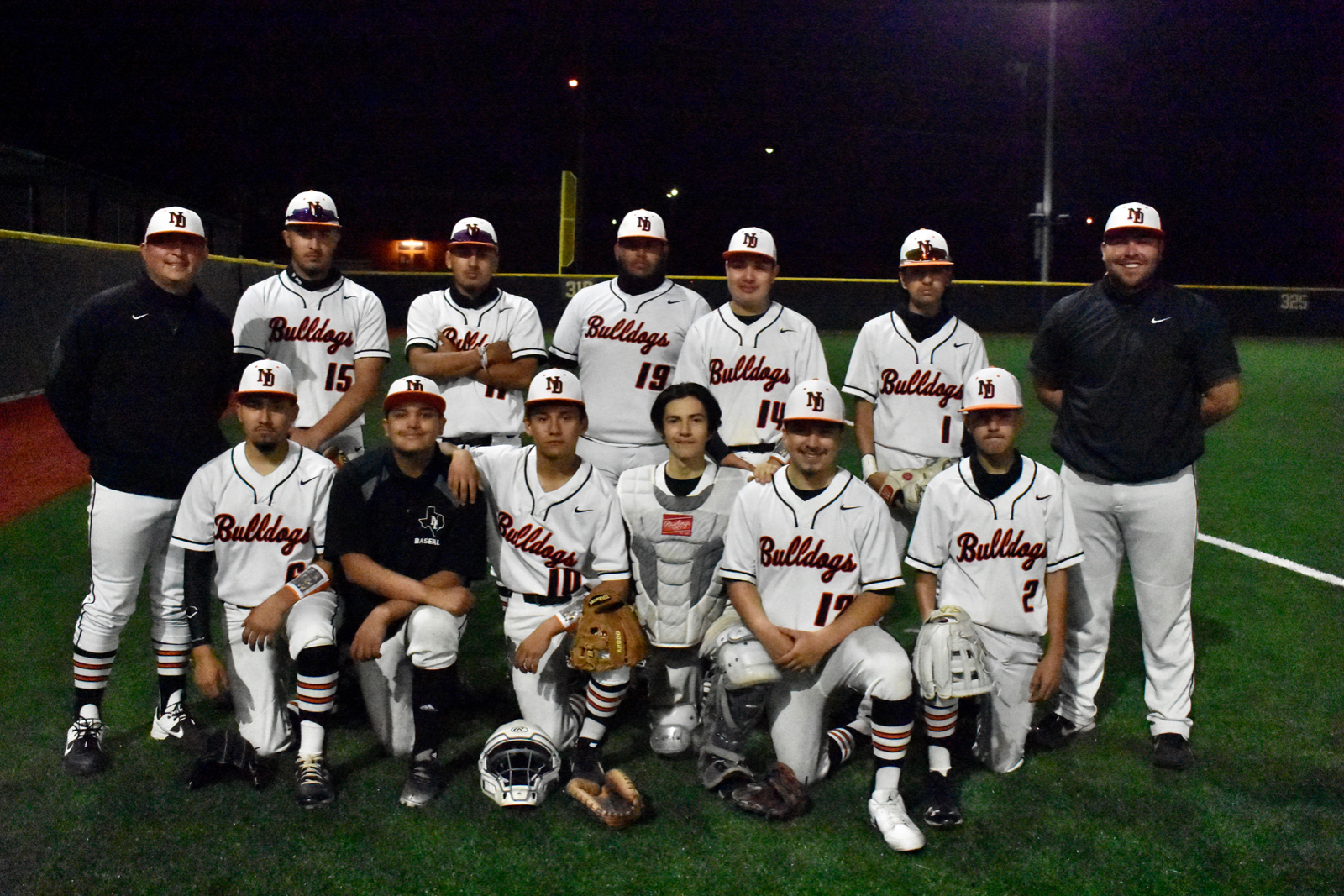