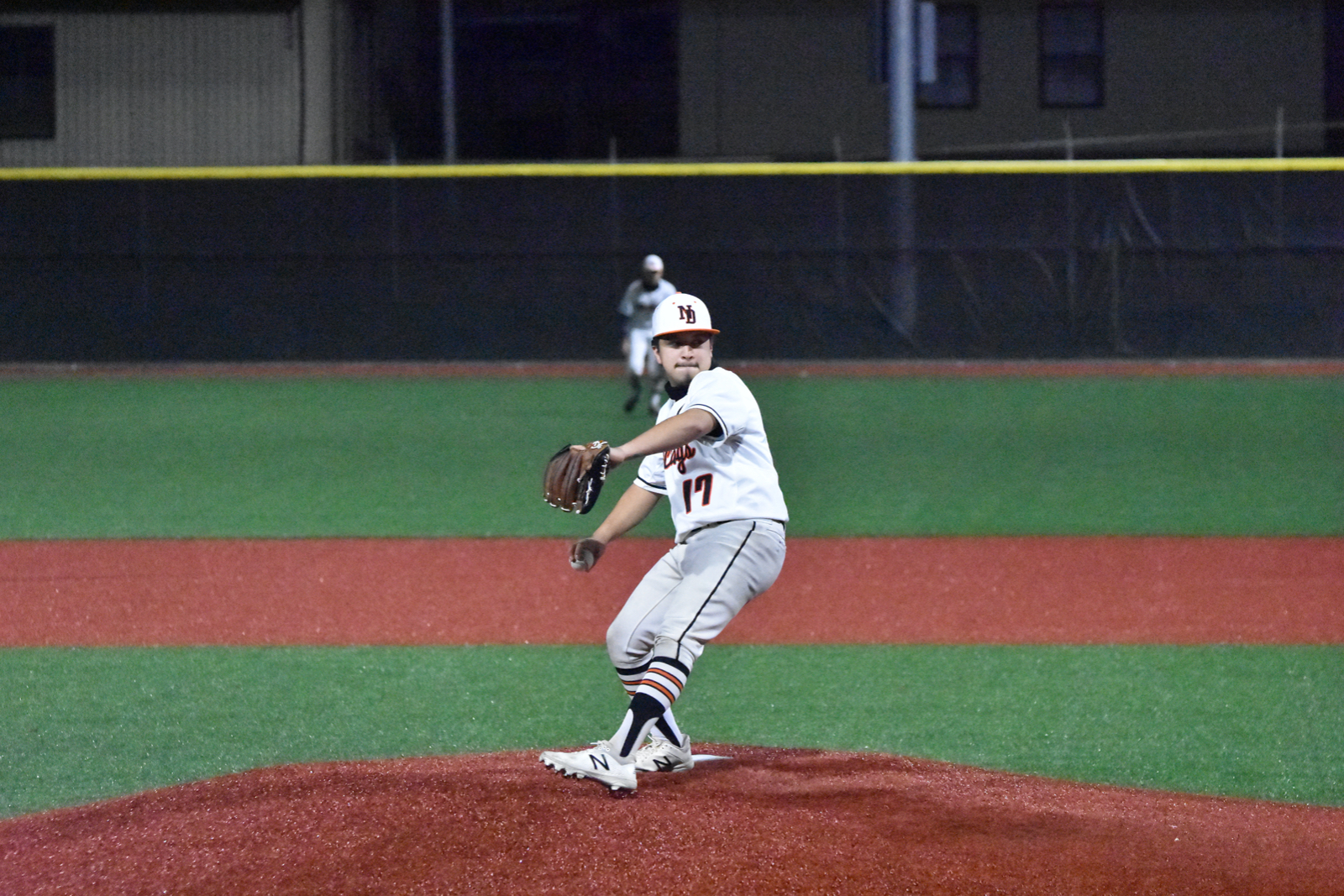 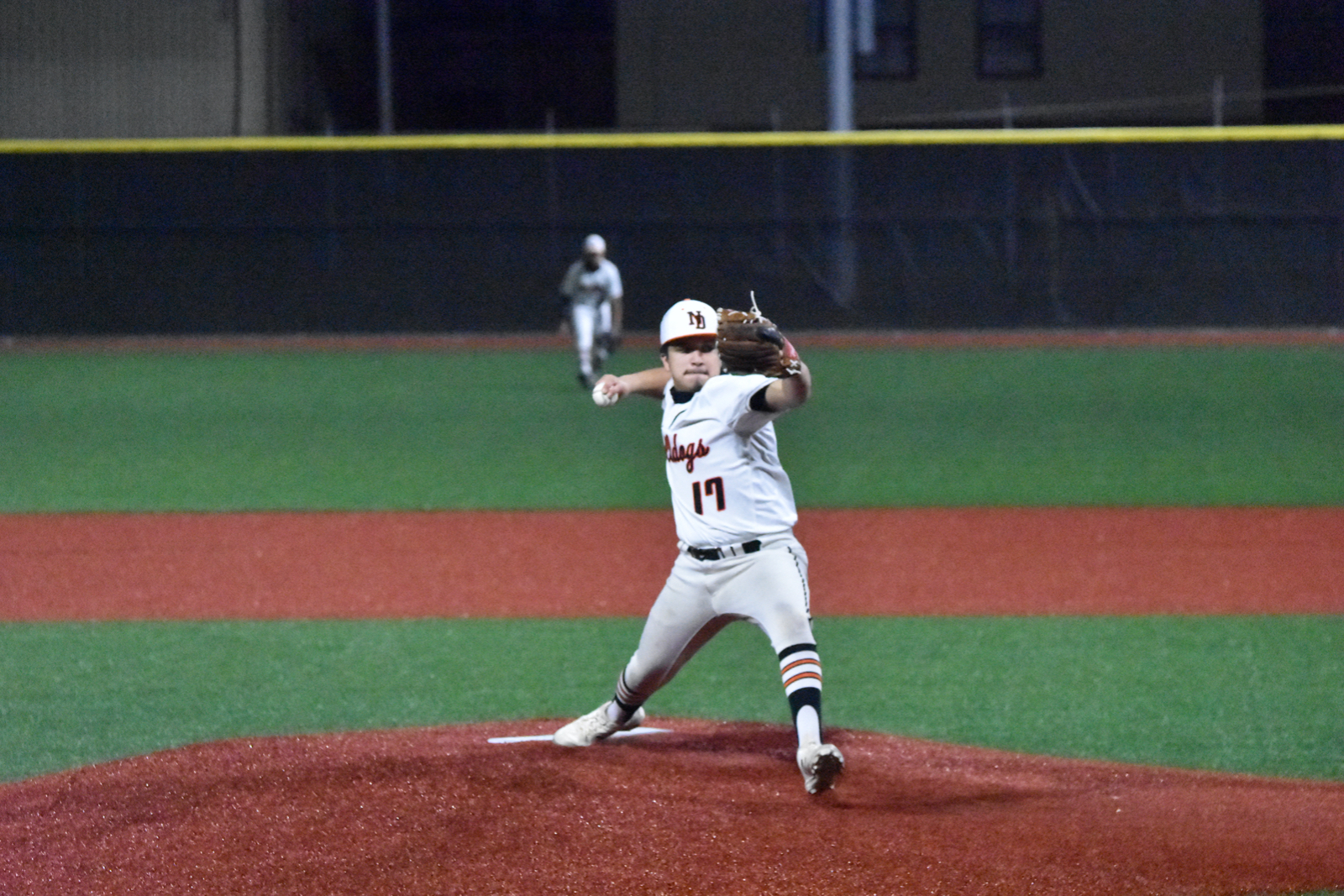 He gets ready to throw to the plate. 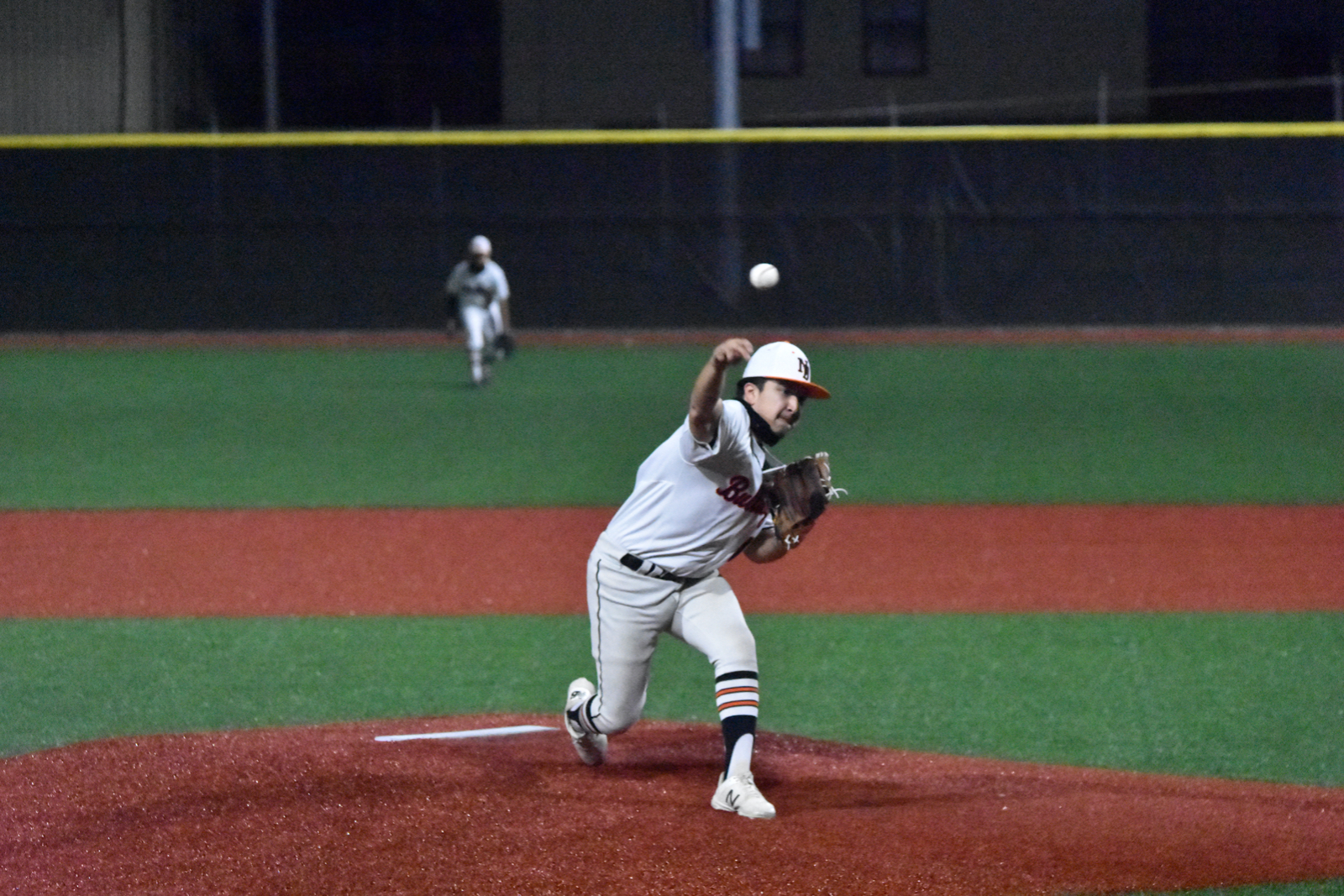 Joseph fires the ball to the plate.

Senior Joseph Mendoza is only remaining North Dallas player who played on the district championship teams in 2018 and 2019.

And if everything goes well in the final two weeks of the district play, the Bulldogs will be capturing another District 12-4A title.

North Dallas is 6-0 this season, heading into Friday’s game against Carter at 4:30 p.m. at Higgins Field. The Bulldogs are scheduled to play at Berkner High School on Saturday, if the field is playable.

“I feel like the team is really progressing,” Joseph said. “Everybody is really working. Actually we’re showing each other that we can play baseball at a higher level. So, it’s been pretty good.”

Joseph, who pitches and also plays shortstop, threw a no-hitter in 17-0 win over Thomas Jefferson in March and also threw a 1-hitter while striking out 12 in a 5-0 win over Pinkston on April 1.

“I think he’s finally coming into a groove of understanding the impact he has on certain pitches and the ability to do that,” North Dallas baseball coach Steven De La Cerda said after the win over Pinkston. “And his command of the fastball and also his spinner (curveball) is getting better. But he has progressively gotten better throughout the season. He’s our go-to guy when you know we got a matchup, and we need a guy to fill up the strike zone and give us a chance, we go to Joe. And he’s a senior too.”

Joseph said he learned a lot from the guys on the district championship teams. And as one of two seniors on this season’s team, he’s trying to pass along his knowledge to the younger players.

“I’m a little more experienced since I was able to play older guys that taught me really well to play at the varsity level,” he said. “Right now, I feel old but I know I’m experienced. I’m able to put a show on, and also give knowledge to the younger ones. ” 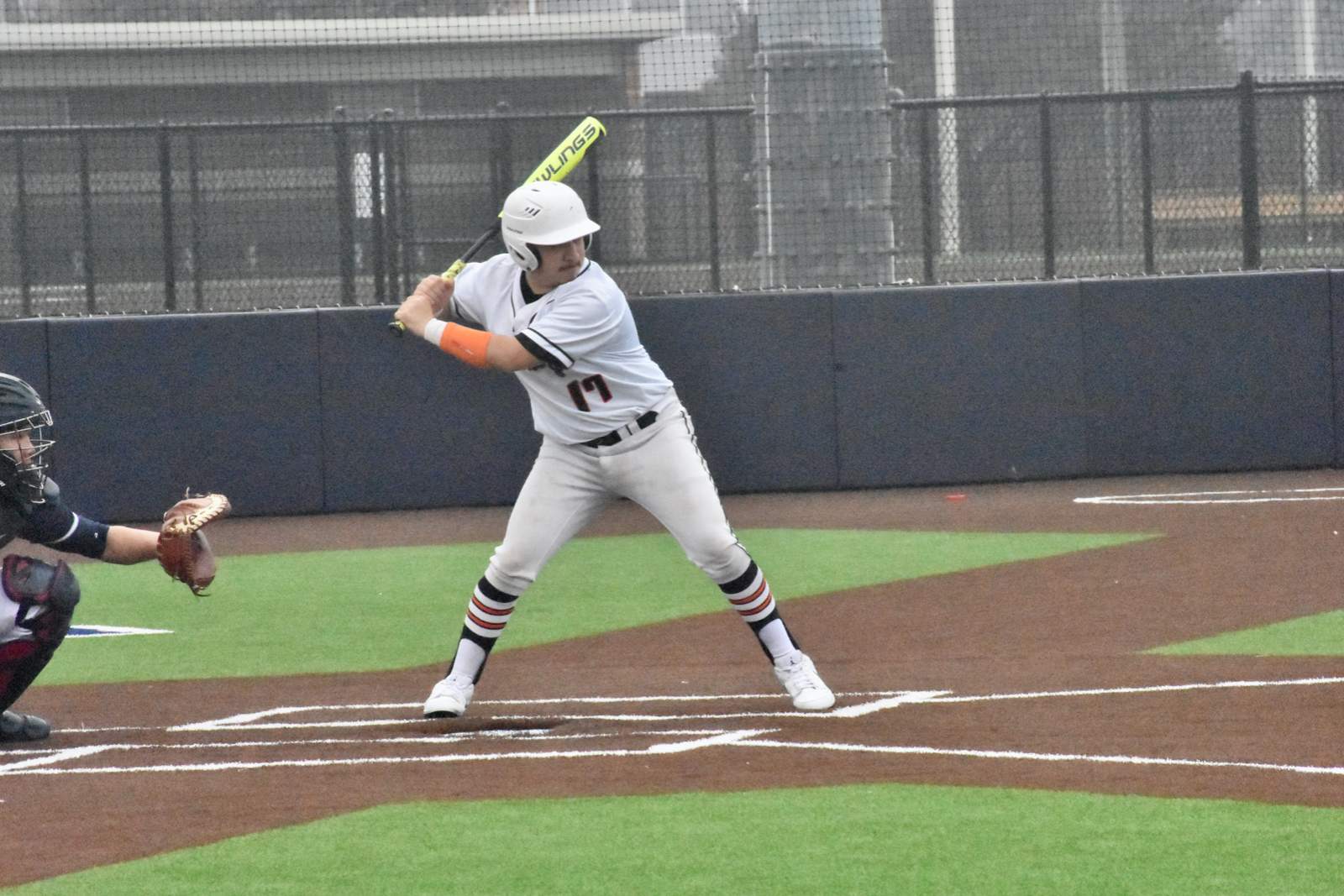 Joseph bats during a recent game. 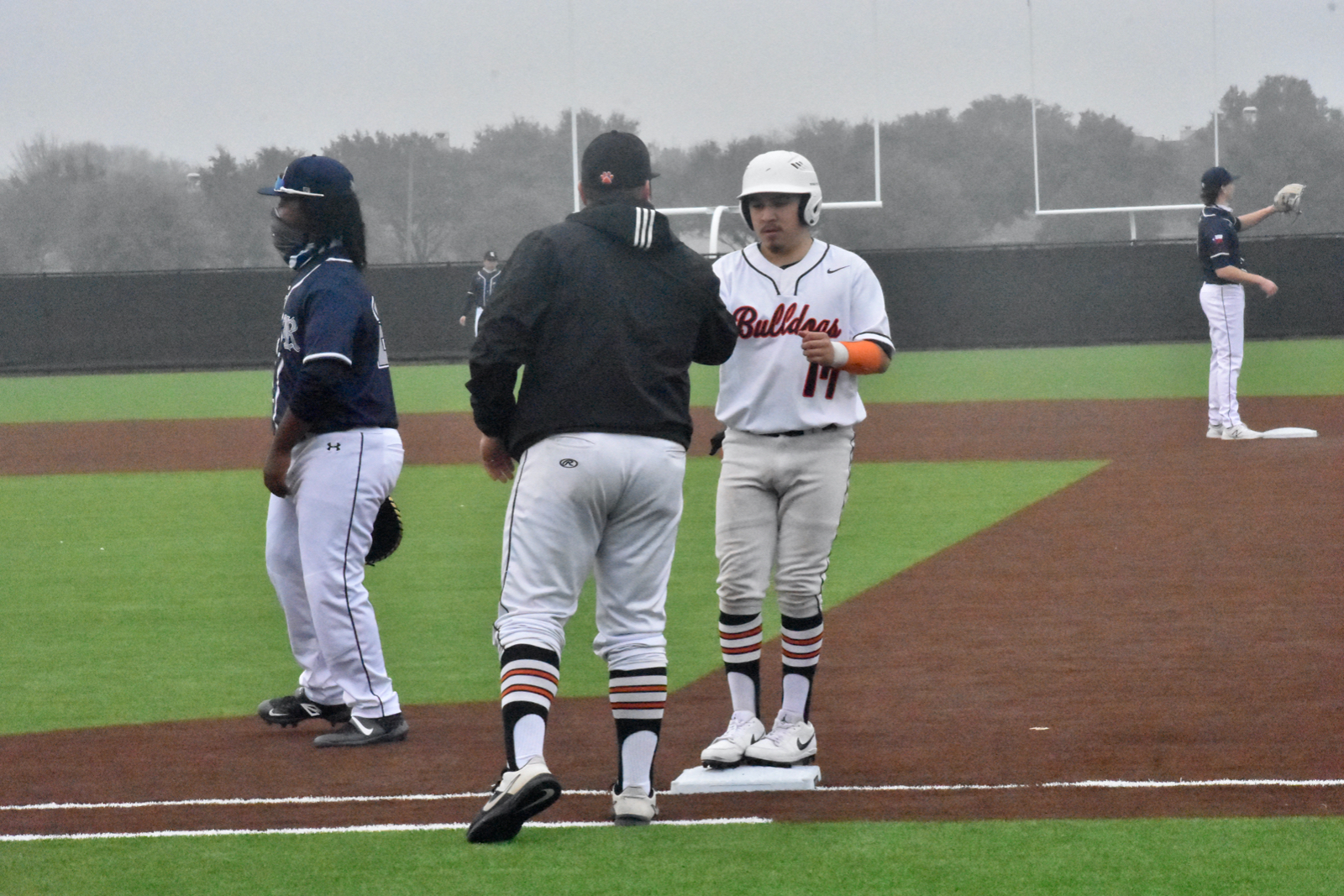 Assistant coach Elijah Perez congratulates Joseph after he reached first base on a hit. 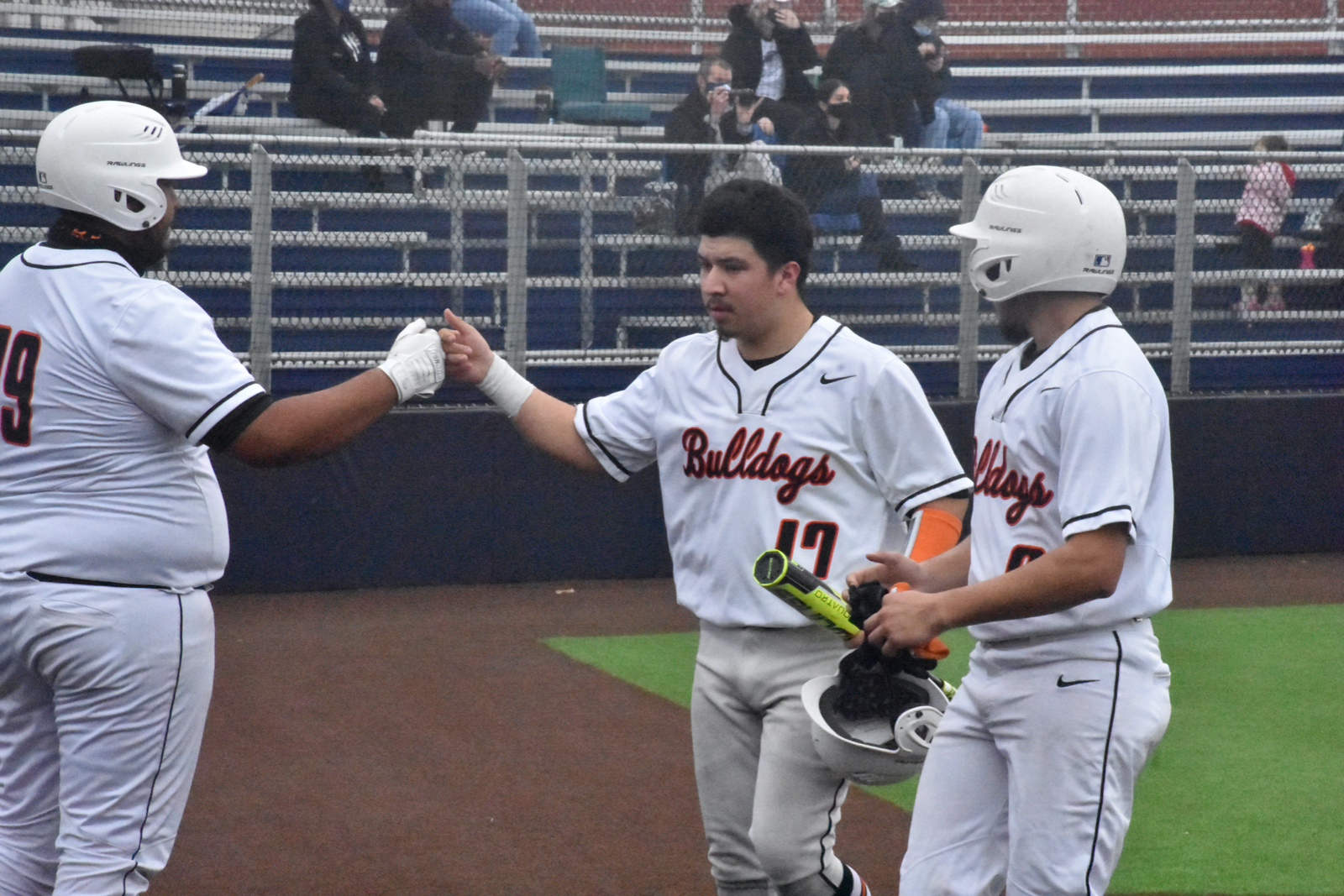 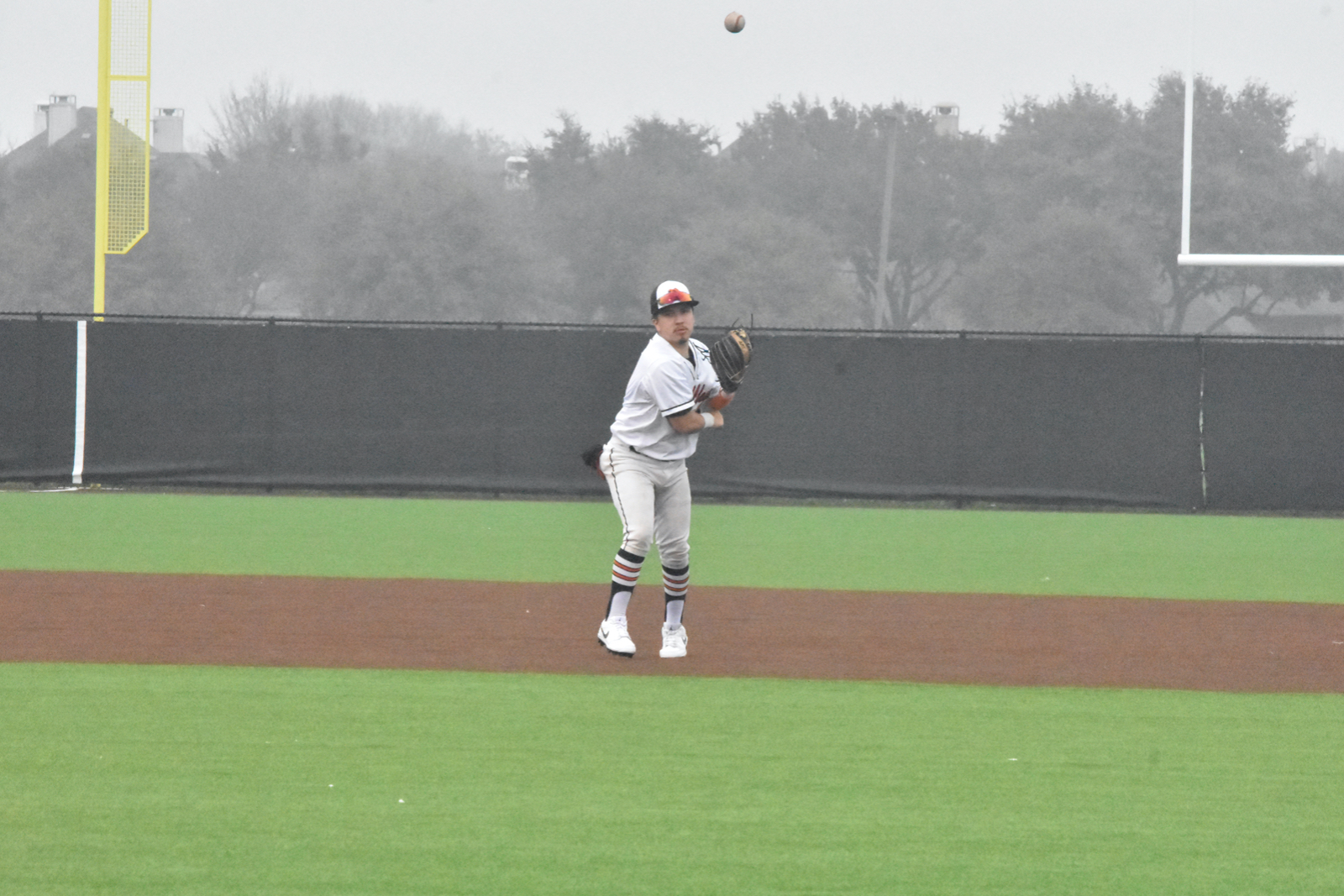 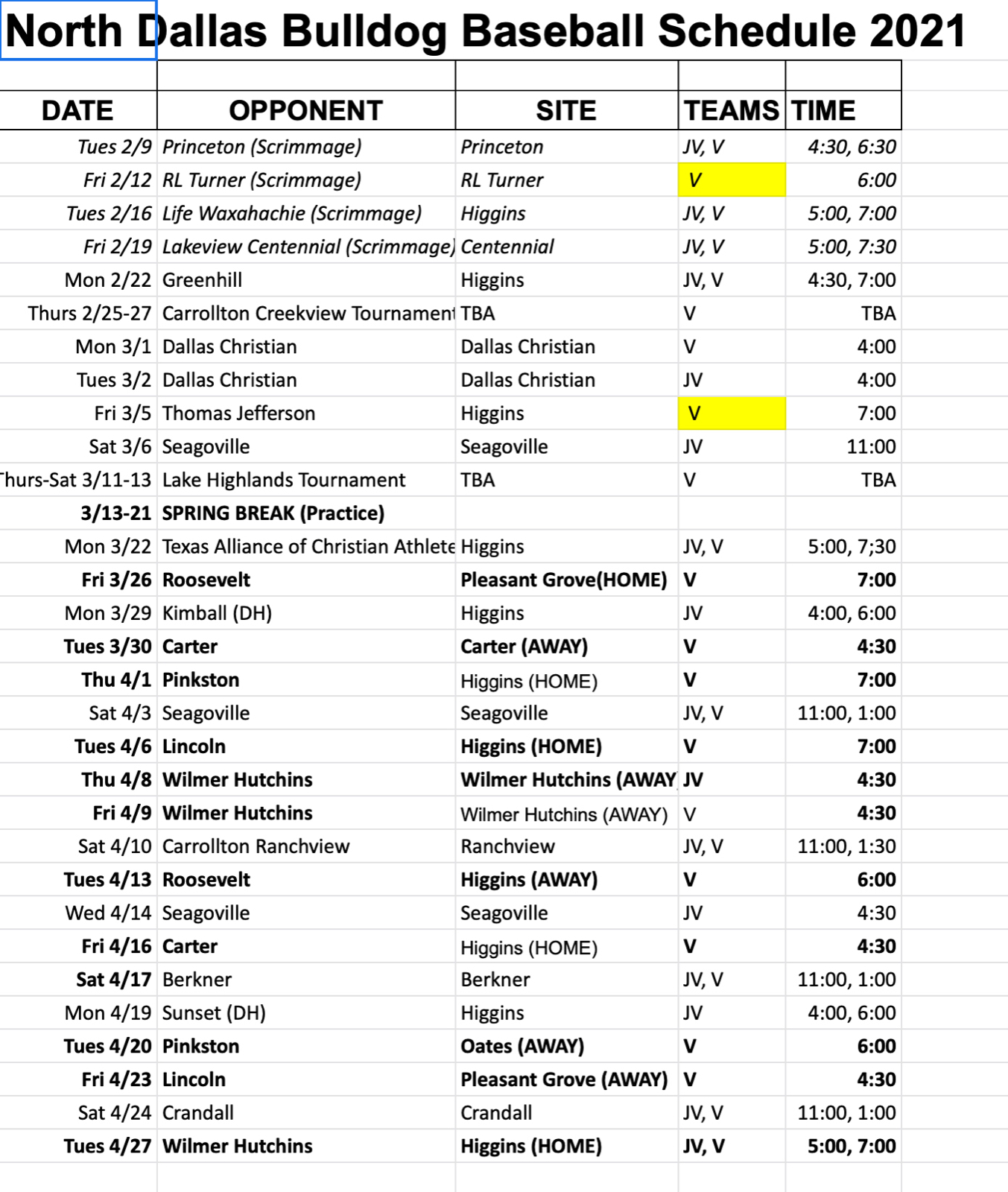