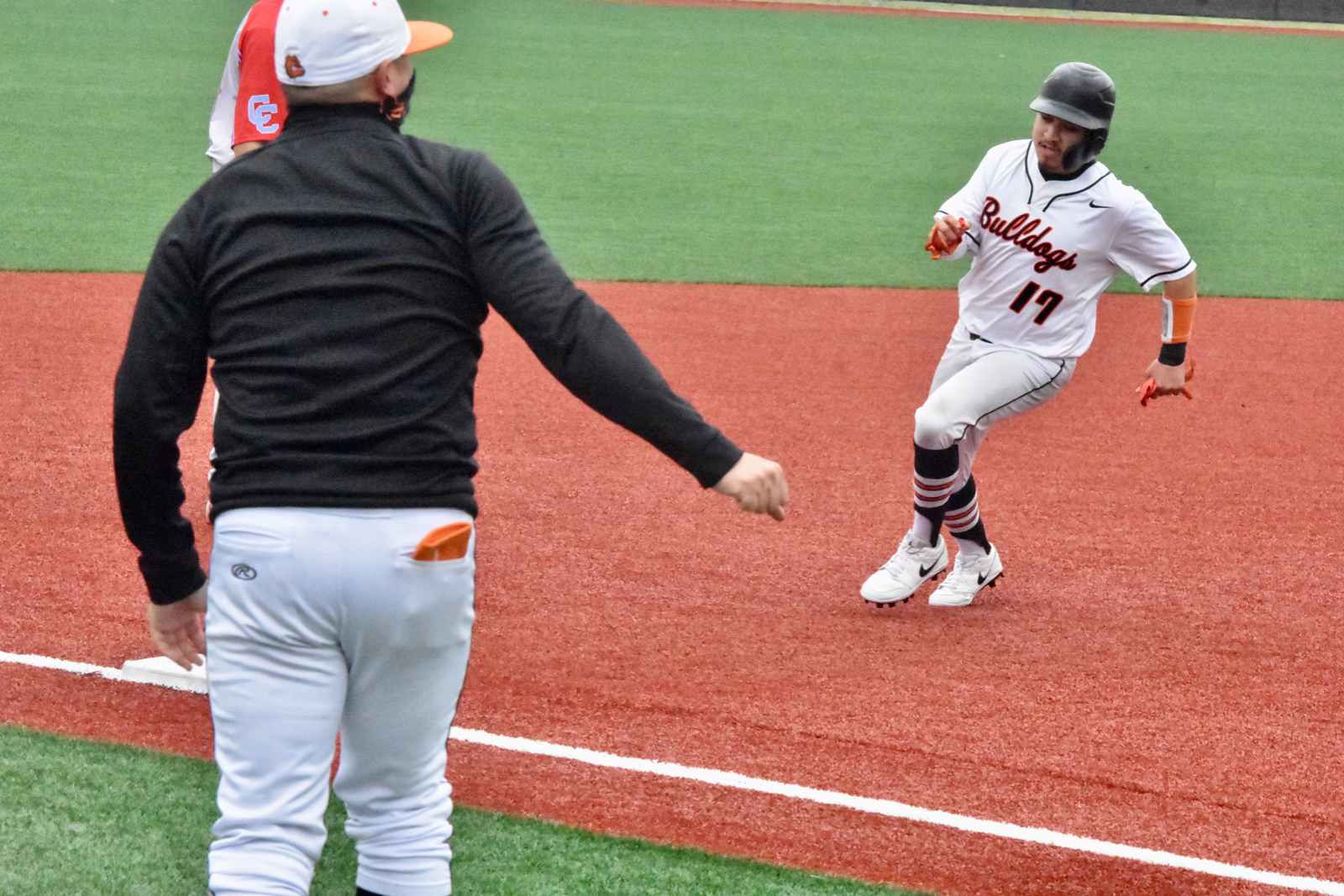 Joseph Mendoza approaches third base in the fourth inning. 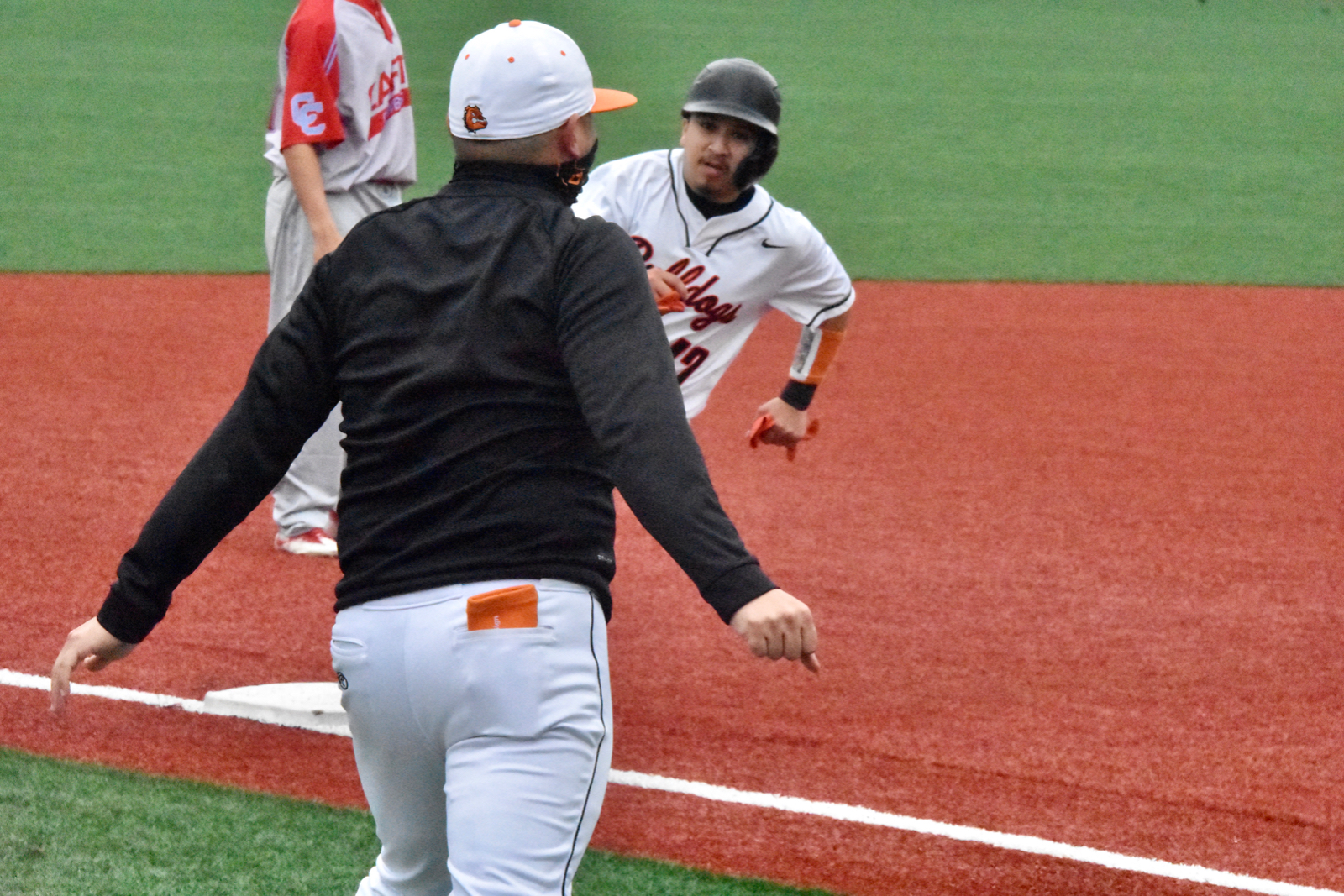 Joseph gets the go-ahead signal to keep running. 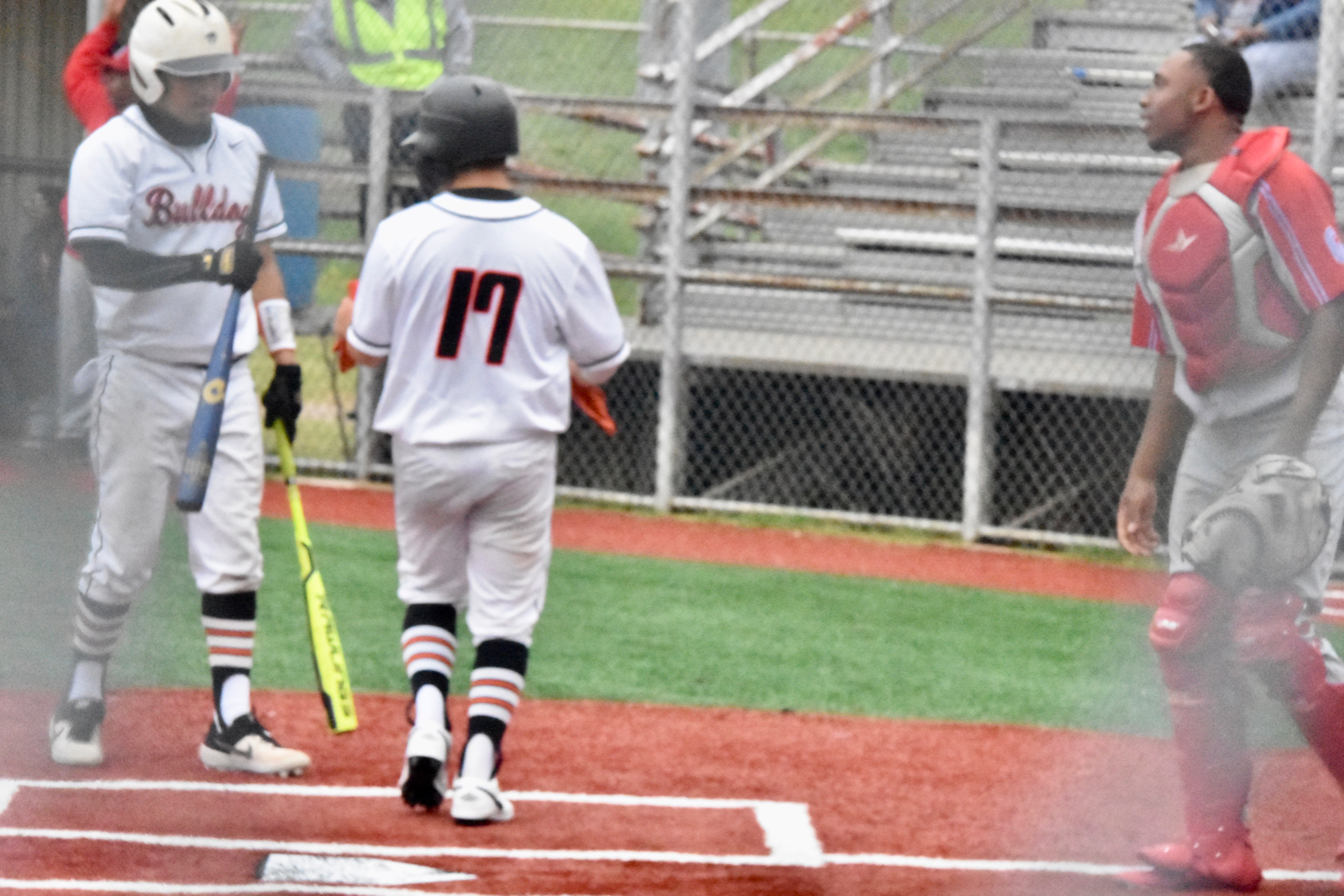 Joseph Mendoza scores for the Bulldogs in the fourth inning.

North Dallas remained unbeaten in District 12-4A play with a 17-2 victory over Carter on Friday at Higgins Field. The game lasted four innings.

“It’s a win. We’ll take the win,” North Dallas Coach Steven De La Cerda said afterward. “I feel like there’s parts of the game that we’re still not clicking. In order to beat quality teams, we’re going to need to be clicking on all cylinders. We’re a work in progress.”

The Bulldogs scored one run in the first inning, eight runs in the second, and six runs in the third inning. Senior Joseph Mendoza scored the 16th run in the fourth inning, and then an errant throw on a double play attempt allowed Robert Zapata to score the 17th run. The umpire called the game after North Dallas took a 15-run lead.

Joseph is one of the Bulldogs’ top pitchers, but he played shortstop in this game as Esteban and Julian handled the pitching duties, gaining valuable experience.

“That’s the goal,” Coach De La Cerda said. “You can ride out one pitcher, but really what you want to do when you have a young squad like I have right now, the idea is to give some guys some innings and give them that experience on the bump.”

The Bulldogs, now 7-0 in District 12-4A, return to action against Pinkston at 6 p.m. Tuesday at Oates Field in West Dallas. 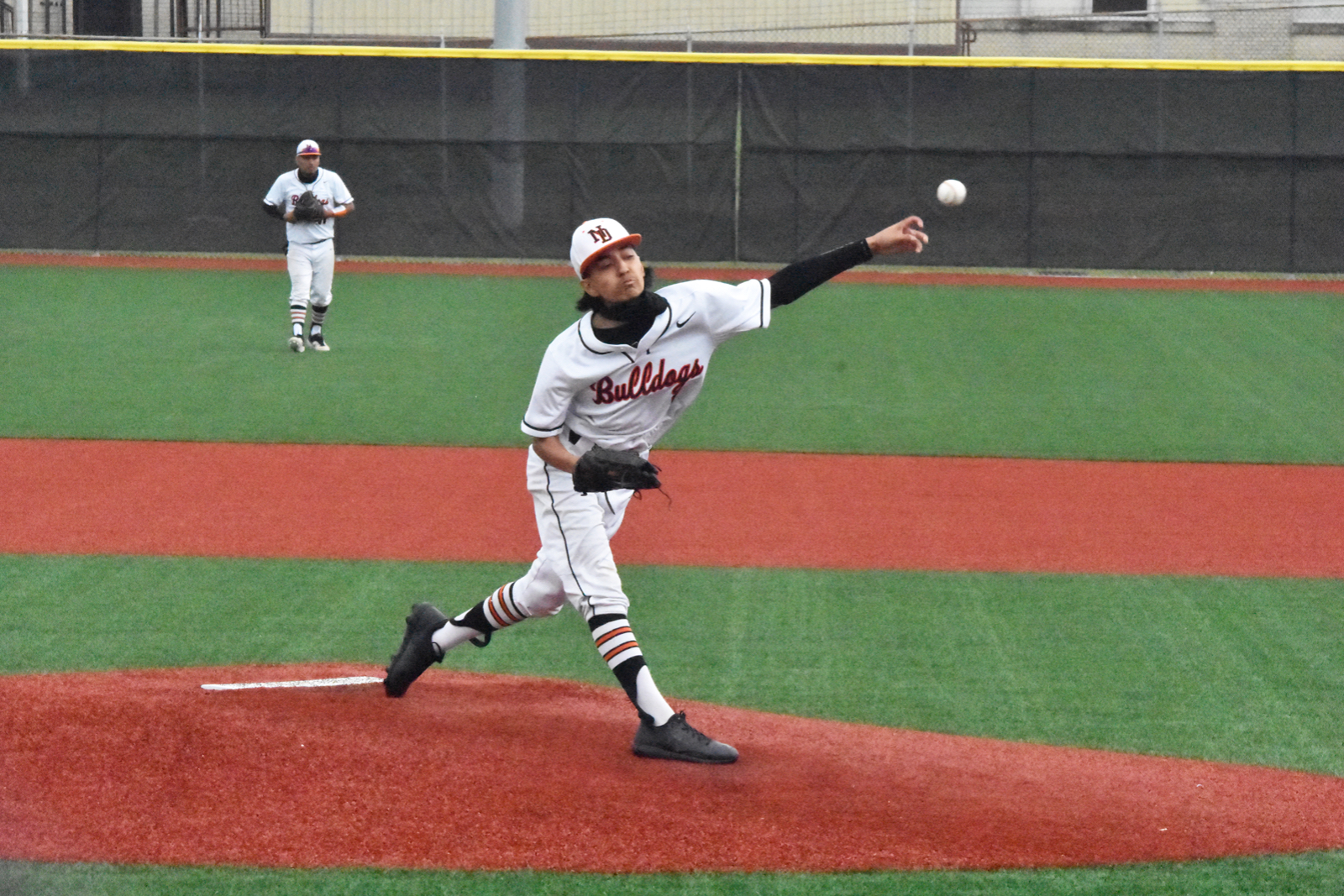 Left-hander Julian Davila pitches for the Bulldogs in the fourth inning. 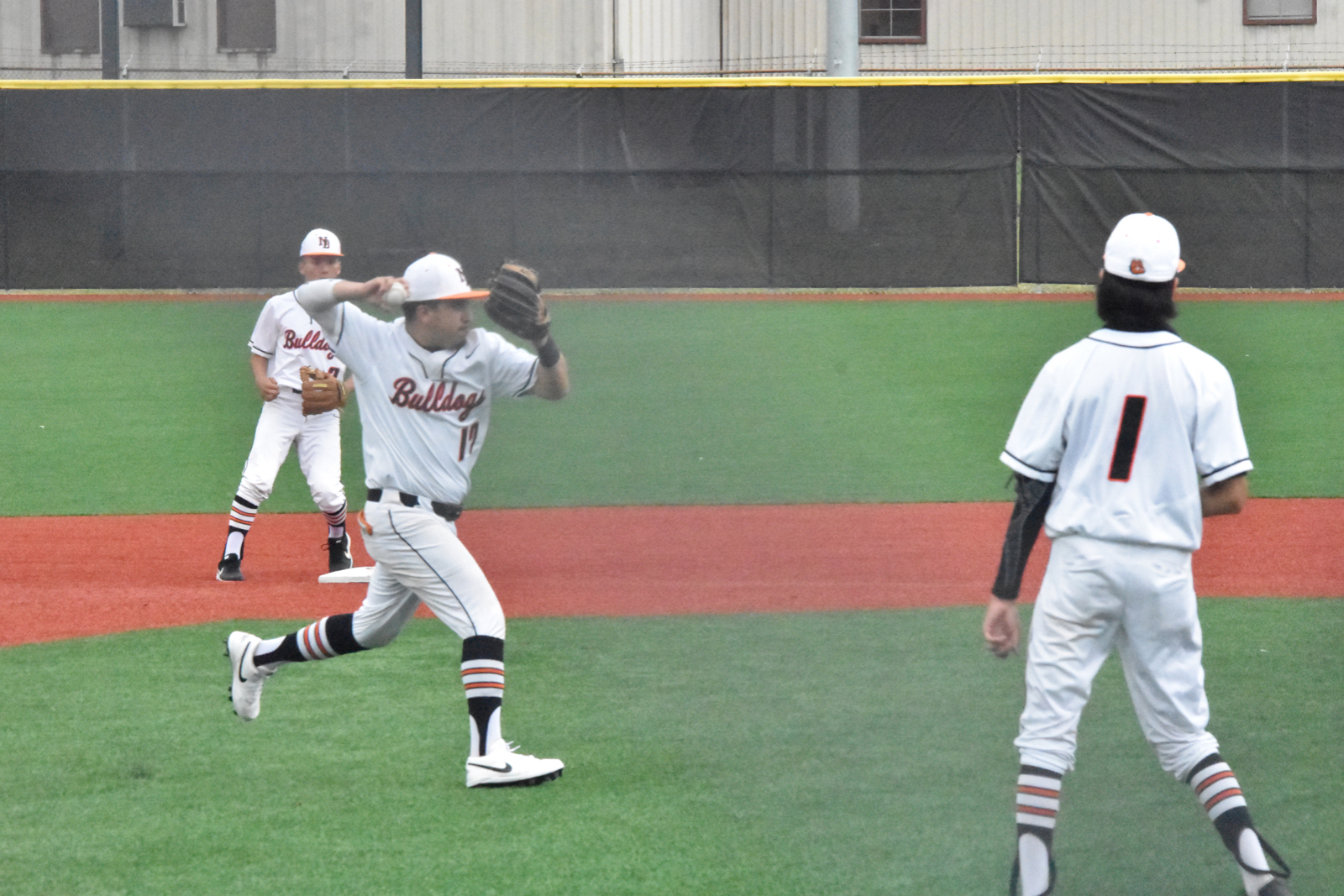 Shortstop Joseph Mendoza makes the throw to first base. 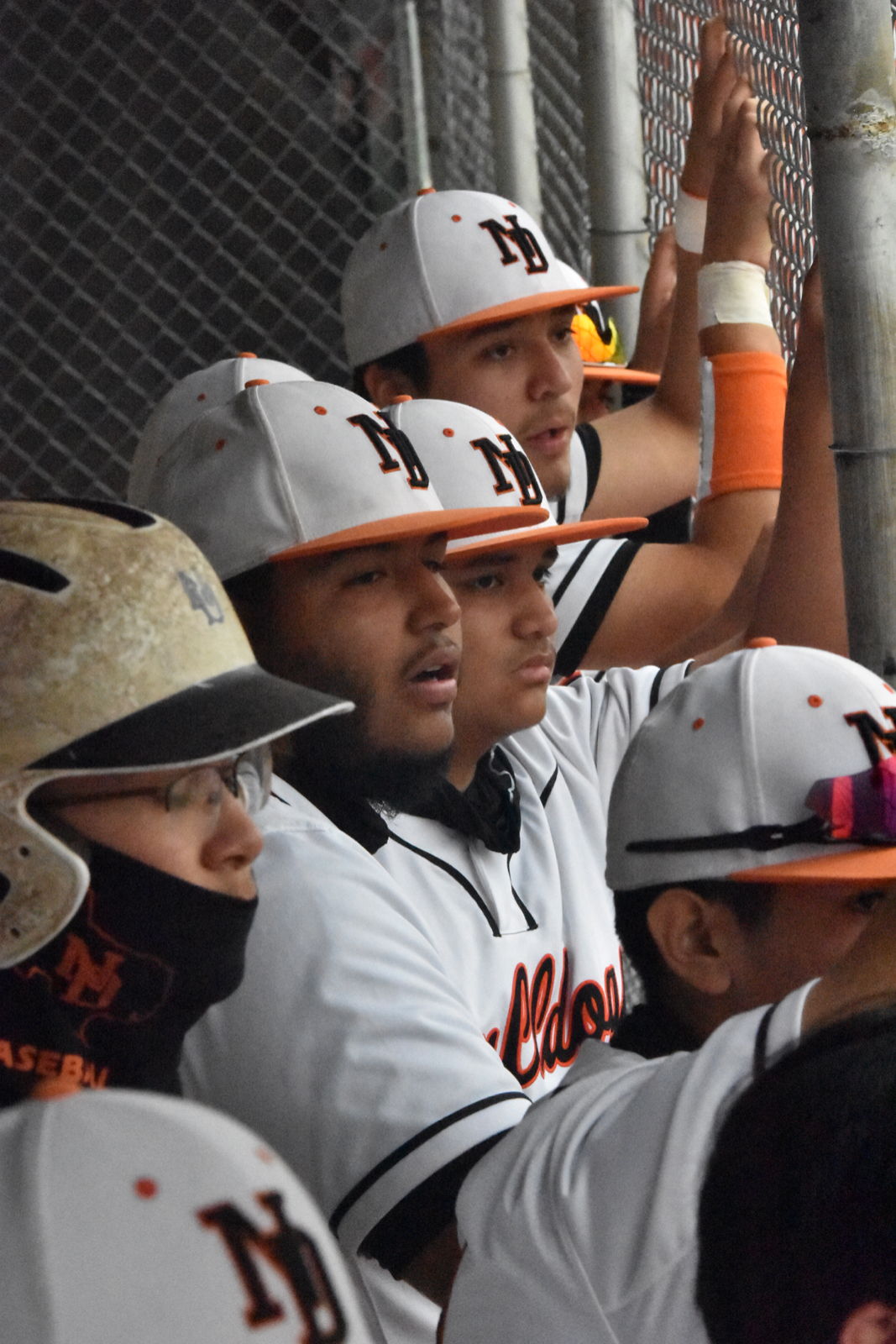 The Bulldogs watch the game from the dugout. 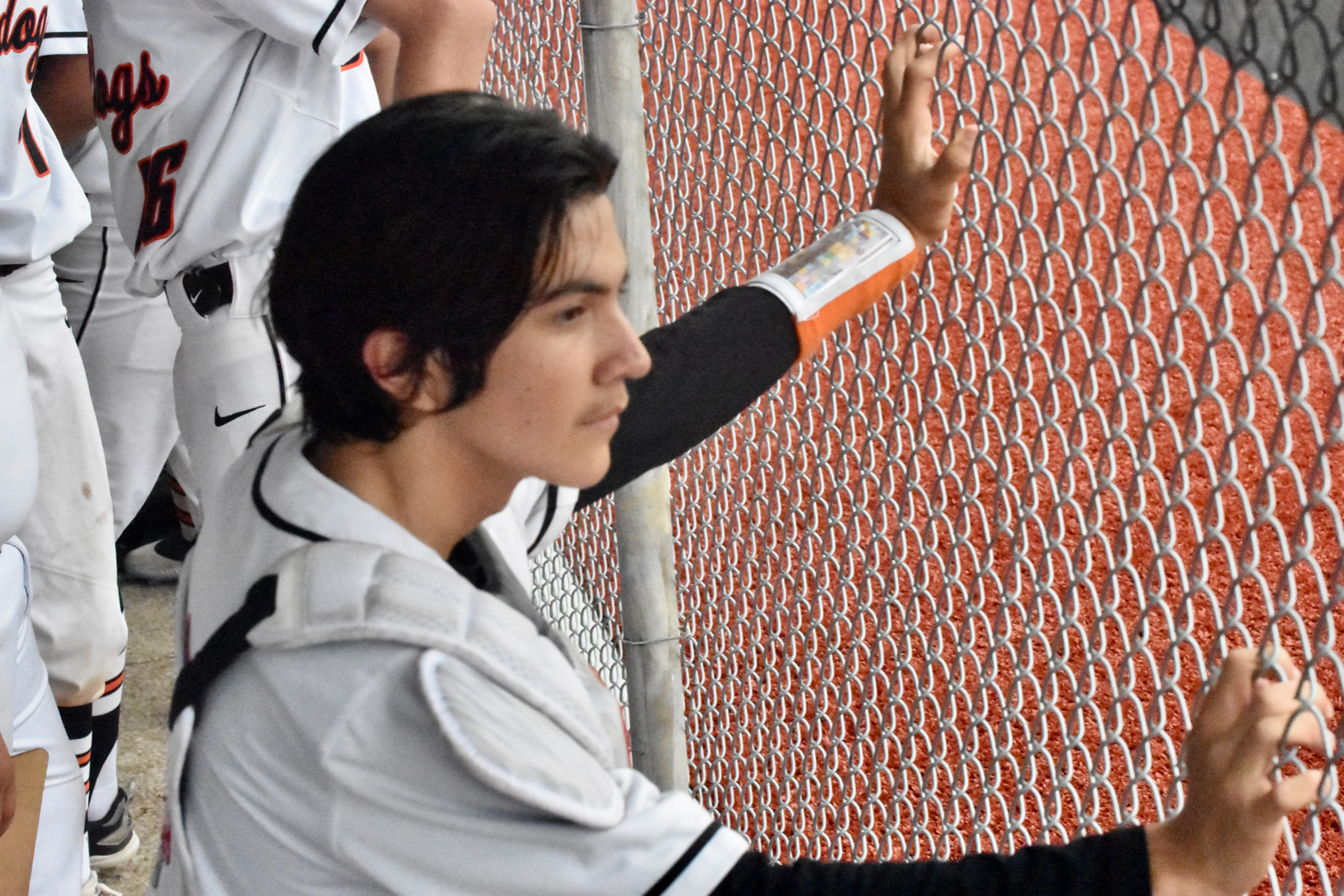 Catcher Logan Moreno takes a breather in the dugout. 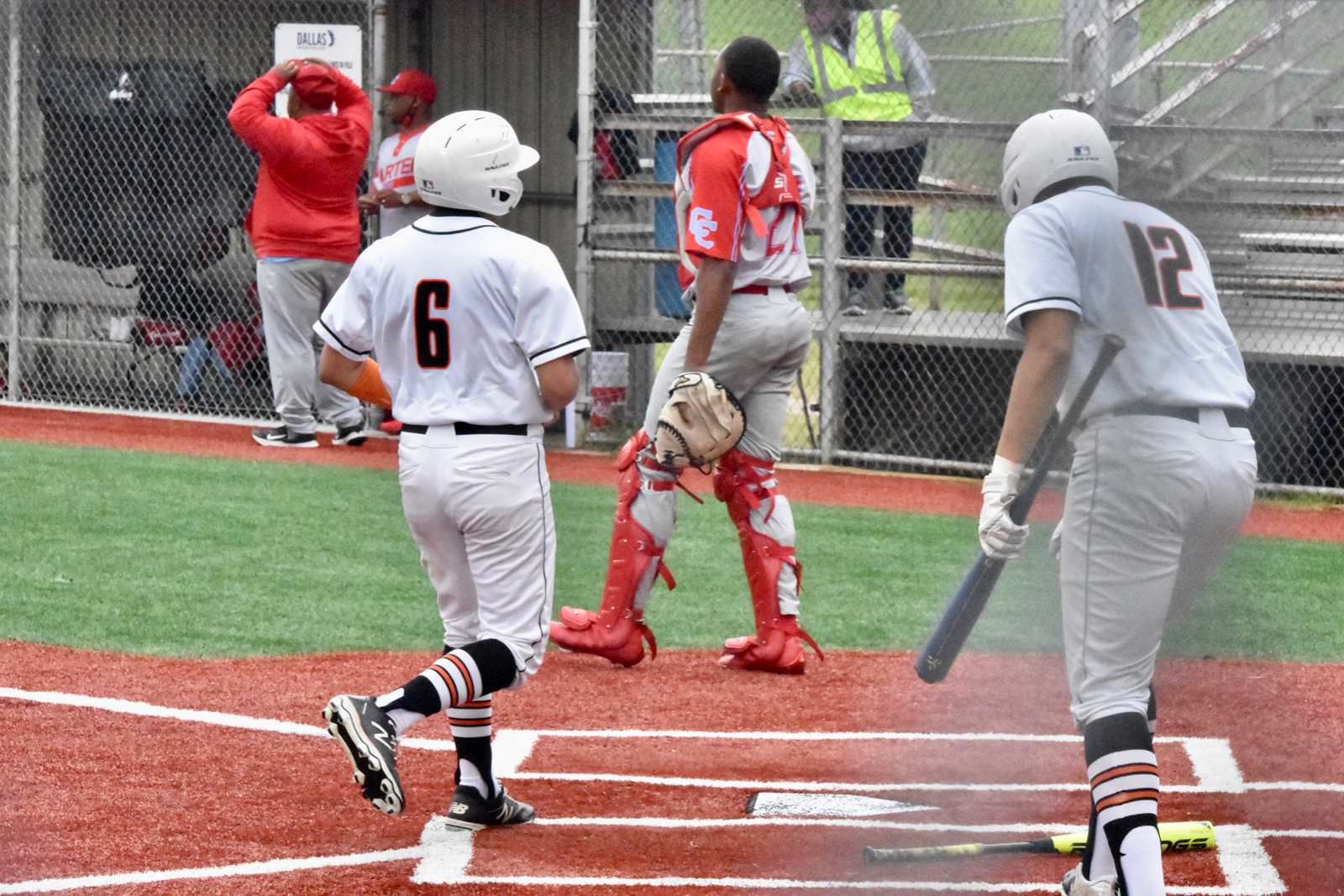