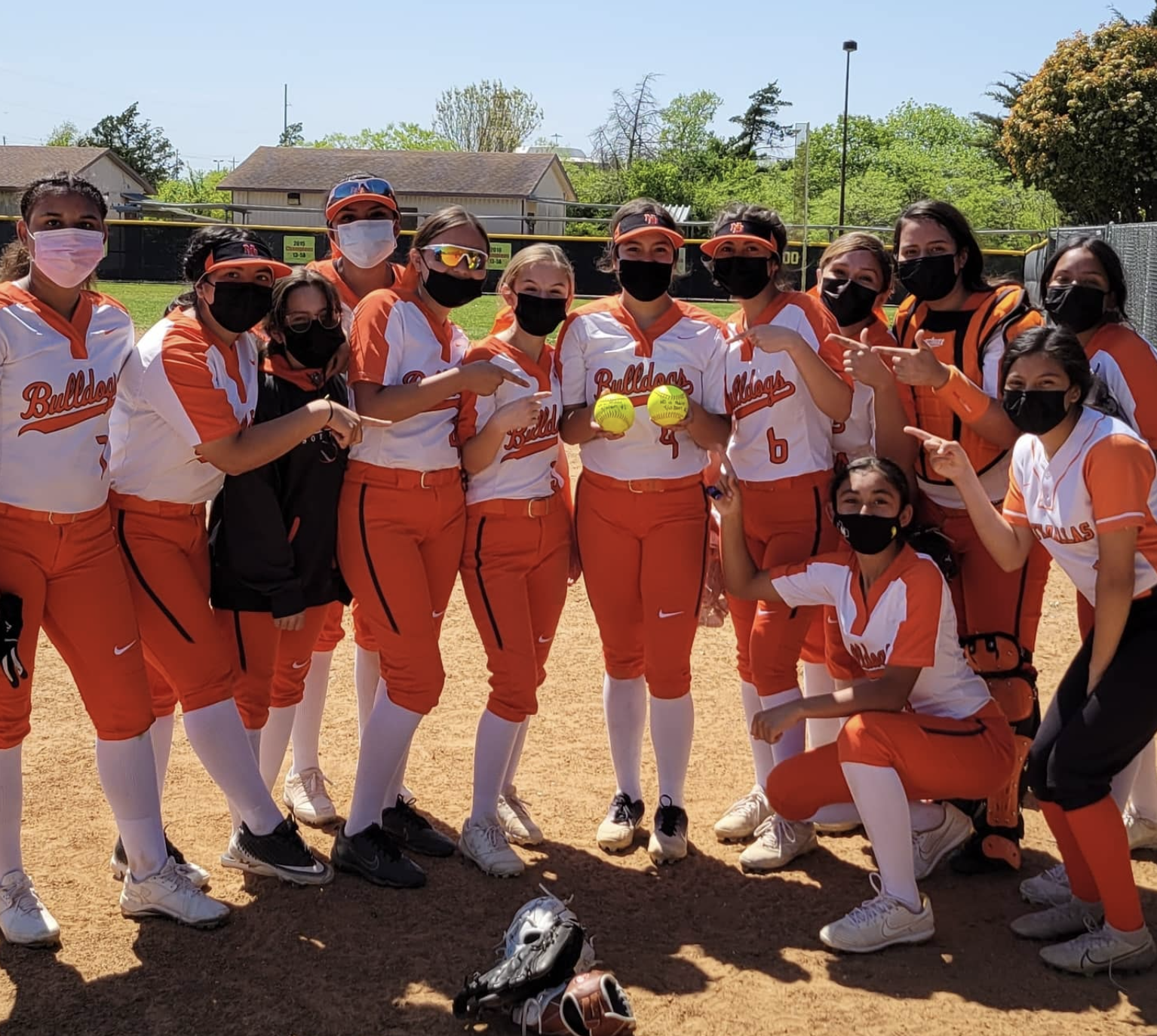 Sophia Hernandez holds the home run balls that she hit over the fence at Molina on April 10. (Photo by North Dallas Coach Chris Barnhill)

Senior Sophia Hernandez has had an outstanding softball career at North Dallas High School. Last week, she was asked to list her favorite moments while at North Dallas.

The Lady Bulldogs shortstop listed four memorable moments, starting off with the two home runs she hit against Molina earlier this month.

“Those two that I hit over the fence is the moment I’ll always remember. Back to back,” she said after a recent practice. “It was a 2-run home run and a 3-run home run. That feeling after was just like woooooo… I think that’s what I’m going to remember most.”

Another moment was playing in an All-Star game at Globe Life Park. “This was the one when it was barely built and nobody had played on it,” Sophia said. “We were the first ones.”

And the fourth one was when she attended a weeklong Softball Elite Development Invitational softball camp in Vero Beach, Fla. Sophia was 14 at the time and an incoming freshman at North Dallas.

Sophia and the Lady Bulldogs will face the Alvarado Indians at 7 p.m. Friday into the bidistrict round of the Class 4A playoffs at Everman High School. North Dallas finished district play with a 9-1 record and is co-champions of District 12-4A.

“I’m really excited about the playoffs,” Sophia said. “Usually, in the first round, we play the top seed, but this time, we’ll be able to play a competitive team. It should be a good game.”

North Dallas softball Coach Chris Barnhill has watched Sophia grow as a player and a leader on the team.

“I can actually go and say, ‘Look, this is what happens if you put the effort in.’ They kinda see that and now they understand it. Because of the time she spent at the Rangers Academy, you can see the vast improvement like when she came in as a freshman.”

Sophia, who is considering attending UT-Arlington this fall, is really pleased with the progress of this year’s team. The Lady Bulldogs added several new players this season, and the adjustments are working out.

“Over the season, we’re adjusted really well, and we’re doing really good,” Sophia said. “I feel really good about it. We progressed a lot compared to the first game.

“I’m proud of the girls and how well they’re doing over the whole season,” she said. “I feel like we really deserve to be district champs.” 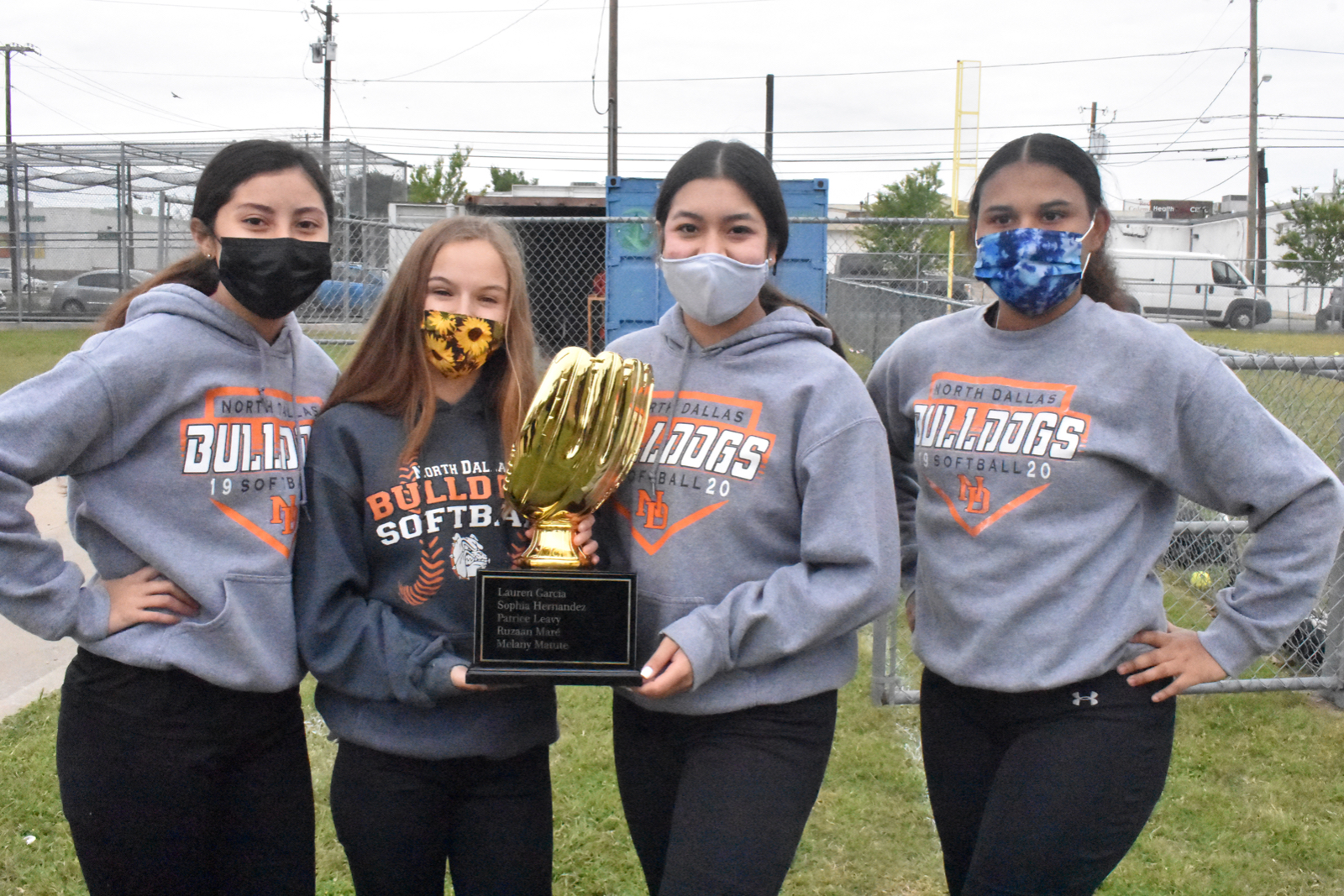 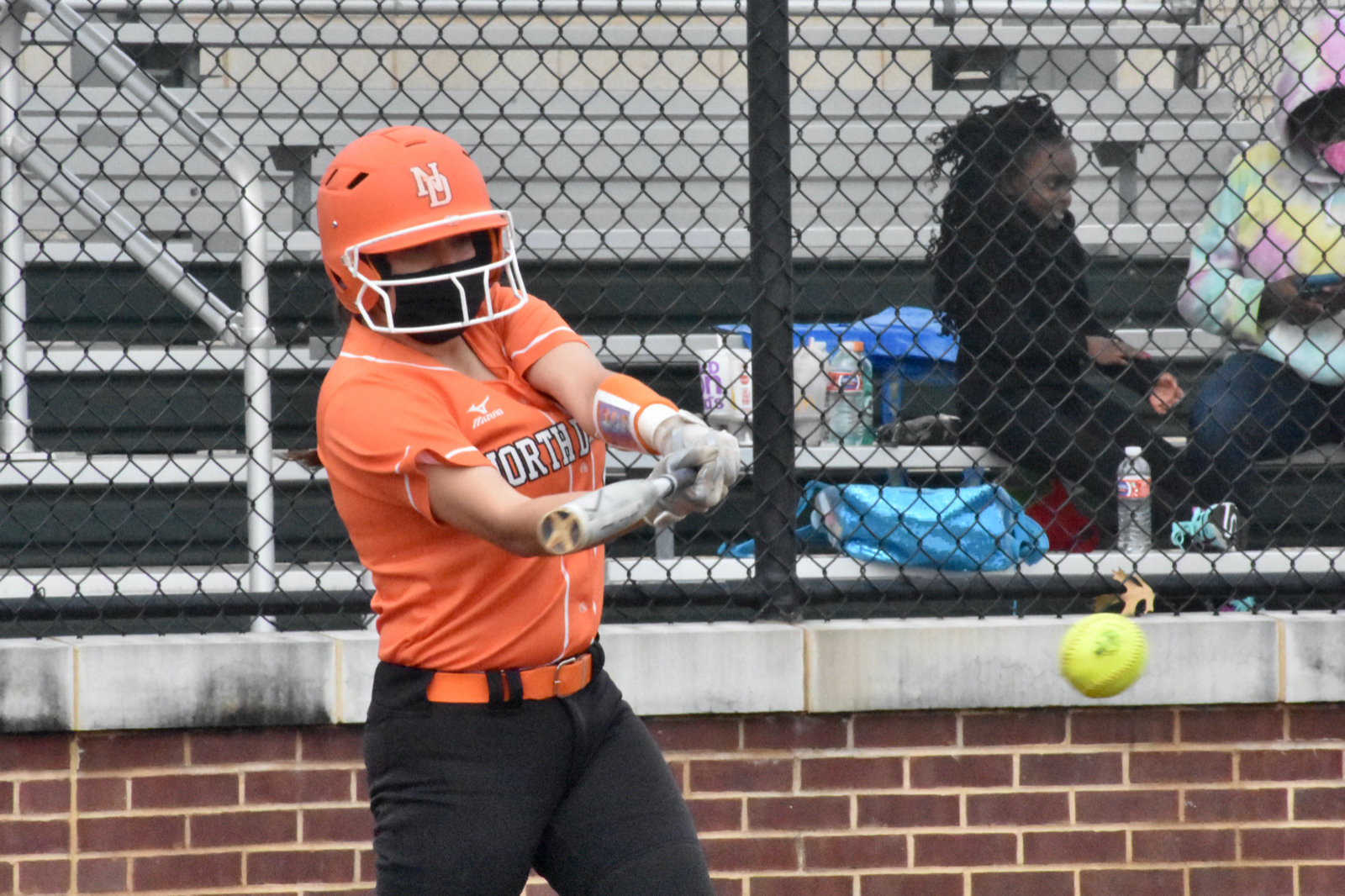 Sophia Hernandez hammers the ball for a double to right field during an earlier game this season. 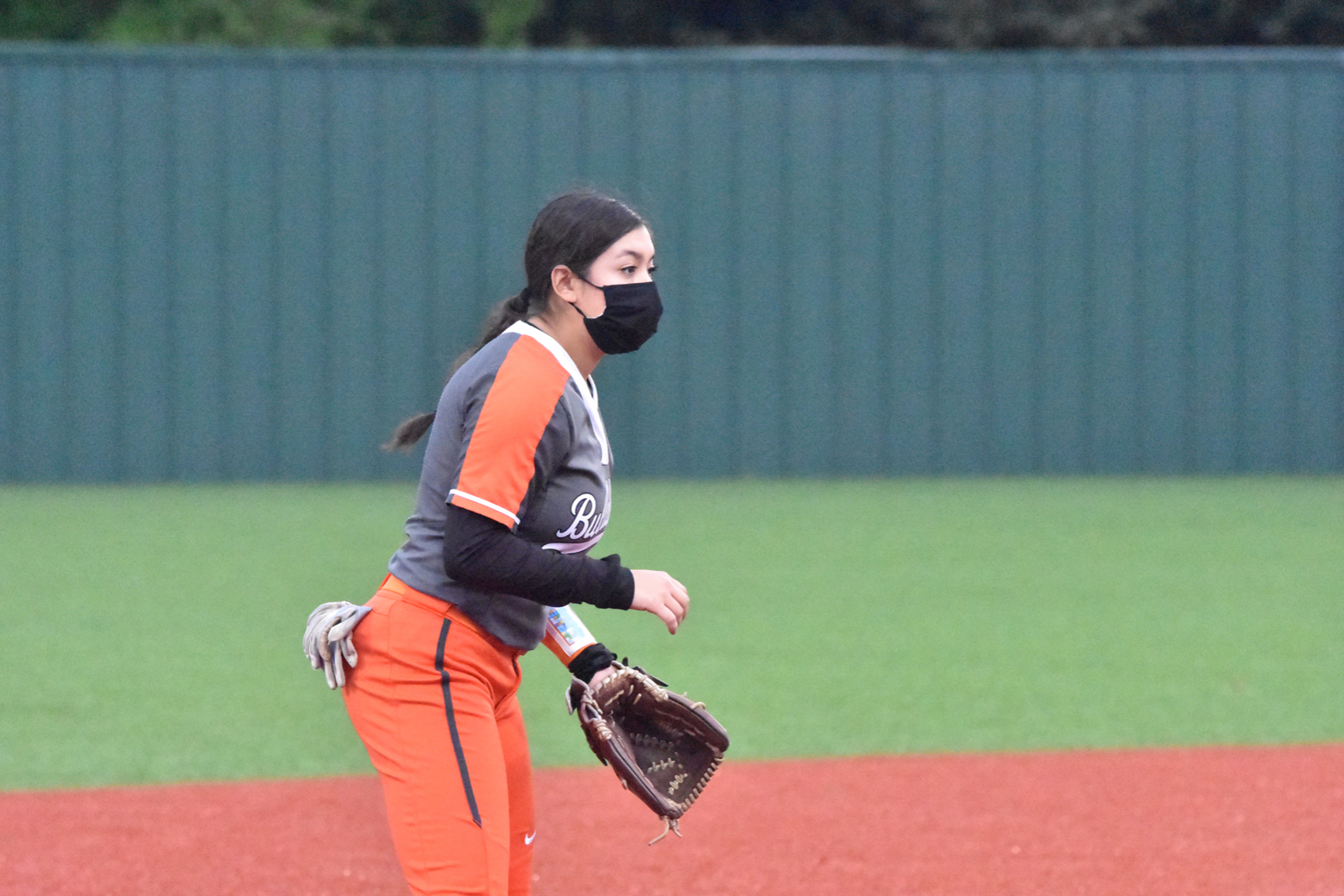 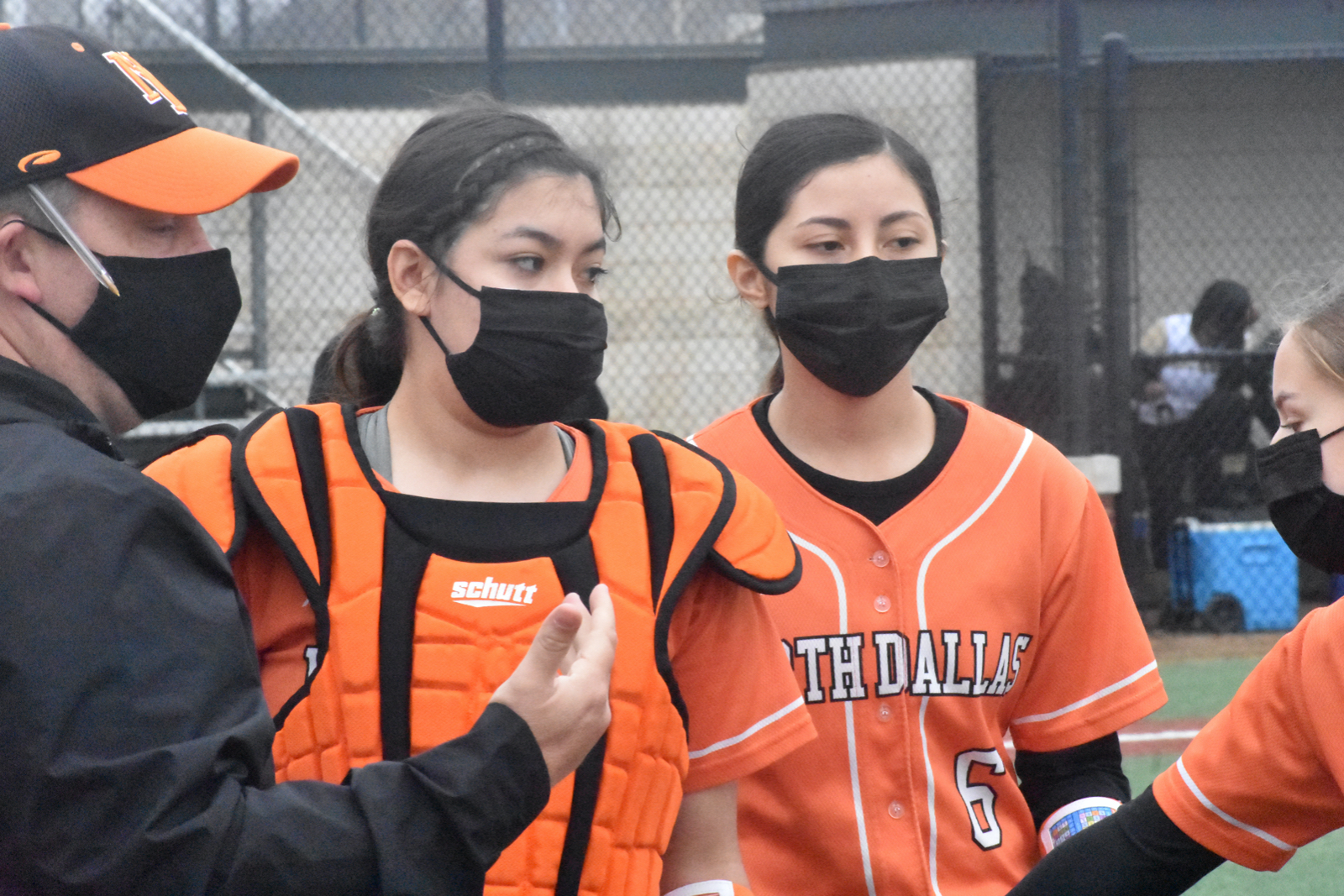 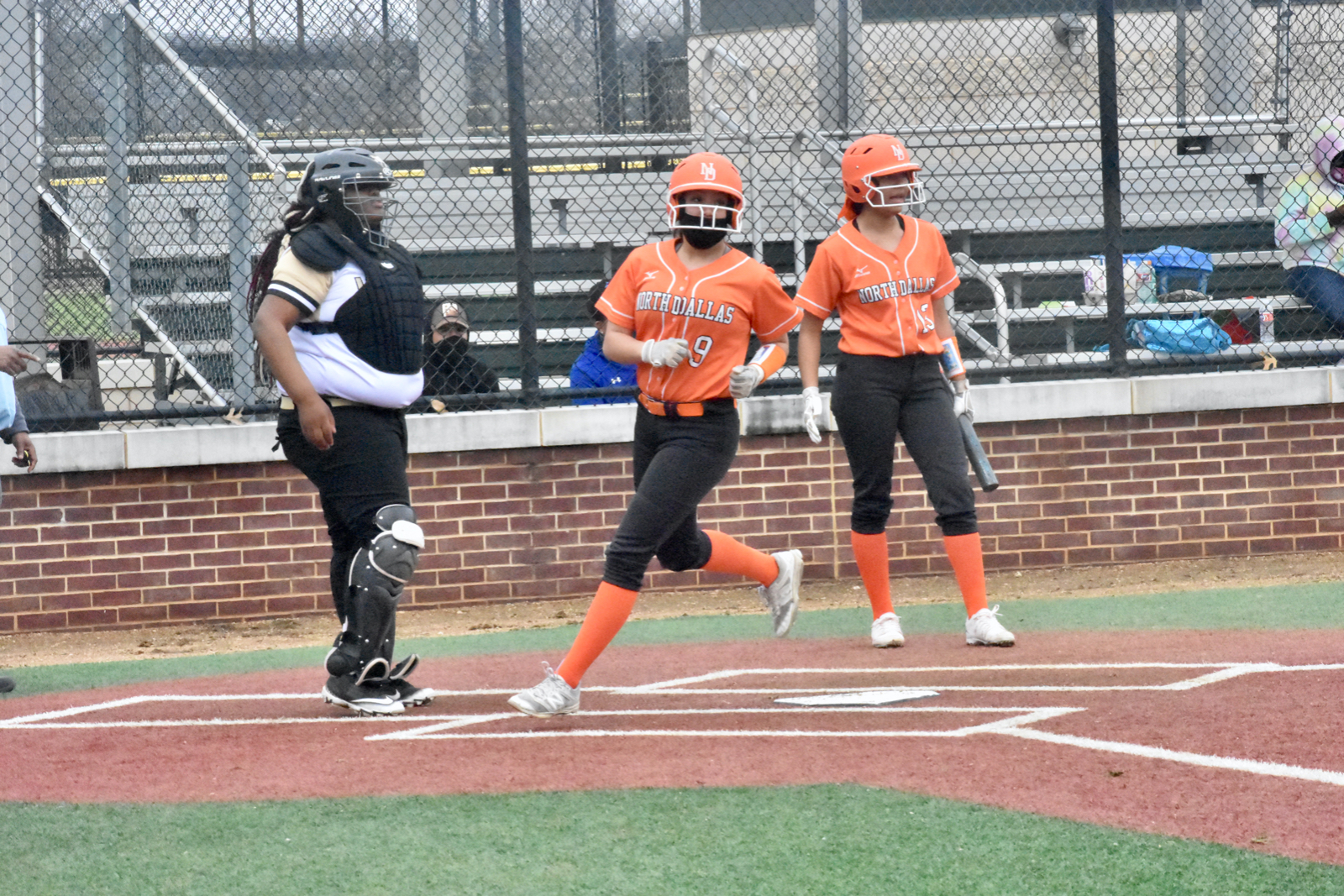 Sophia Hernandez scores for the Lady Bulldogs during an earlier game. 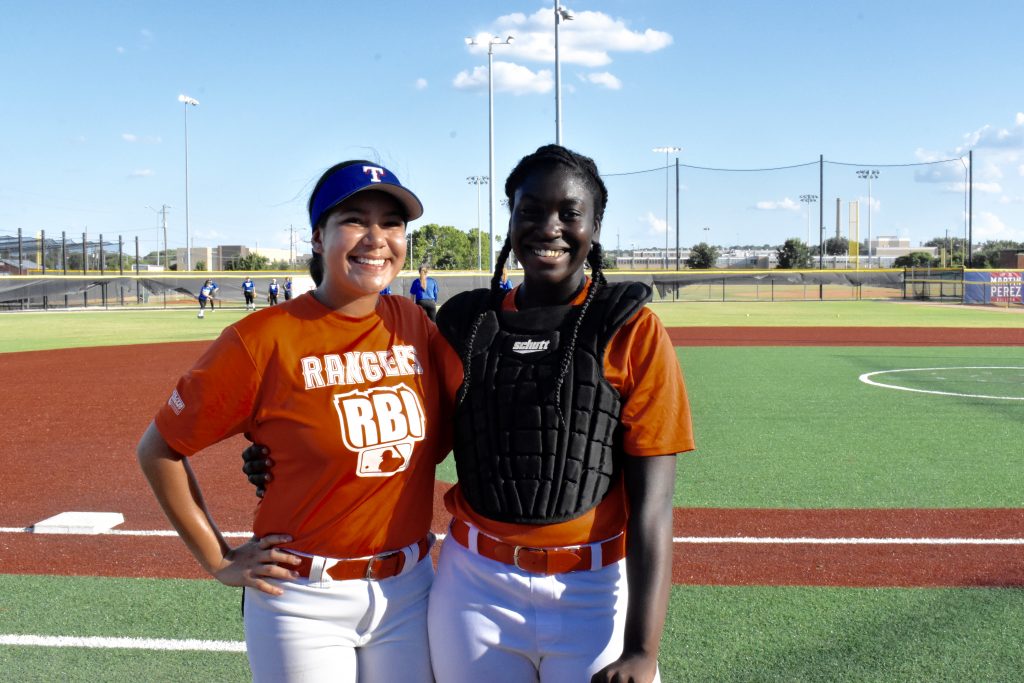 Sophia Hernandez and Ladaysha Robinson went for a week of softball training during the 2018 All-Star Week in Washington D.C. Along with playing games, the girls received instruction from U.S. Olympian Jennie Finch, and other USA Softball National Team players and coaches. The girls also attended the MLB All-Star Week events.. 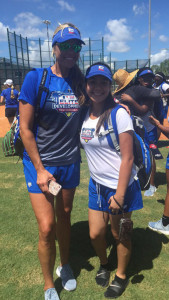