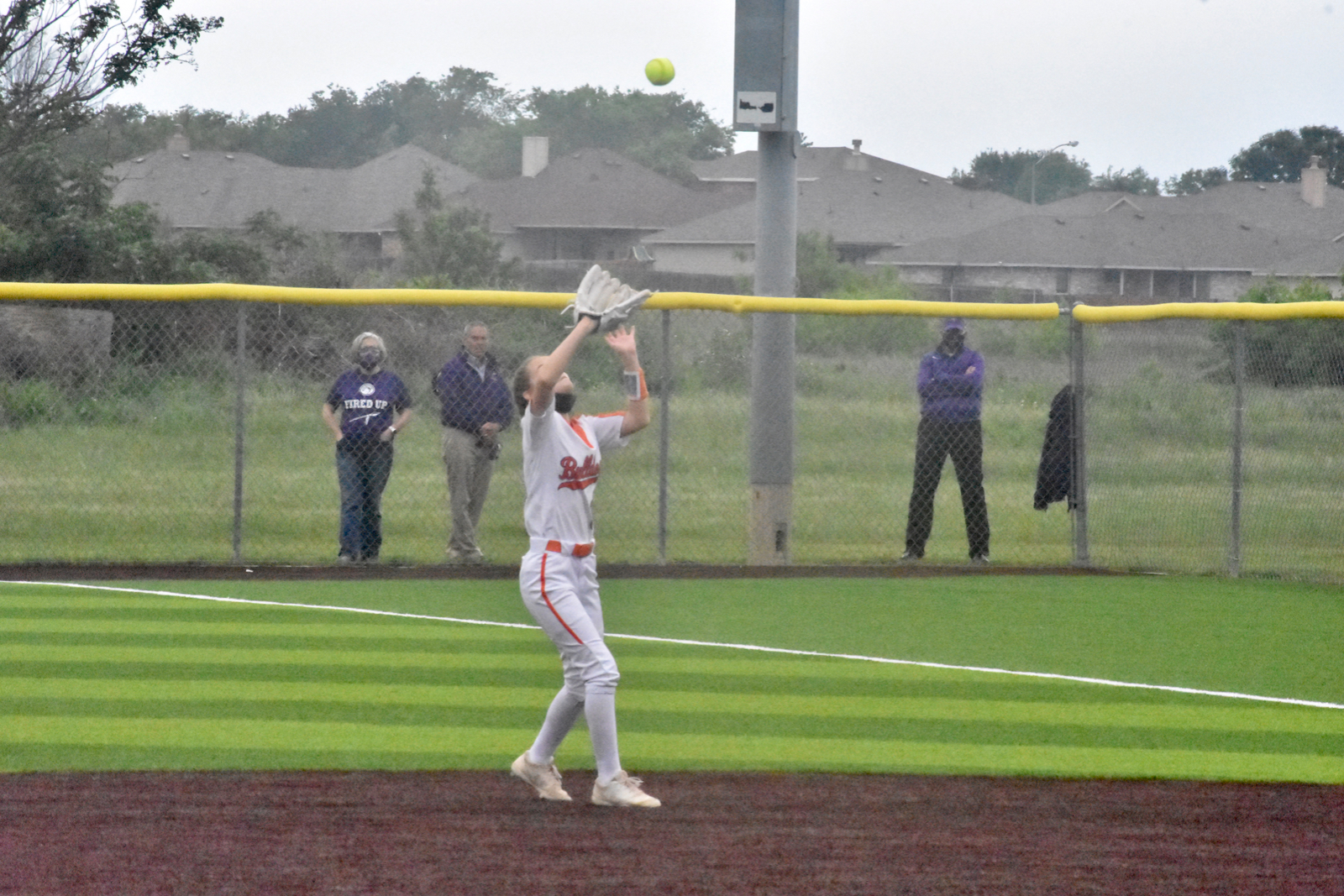 Lauren Garcia reached up to make the catch at second base. 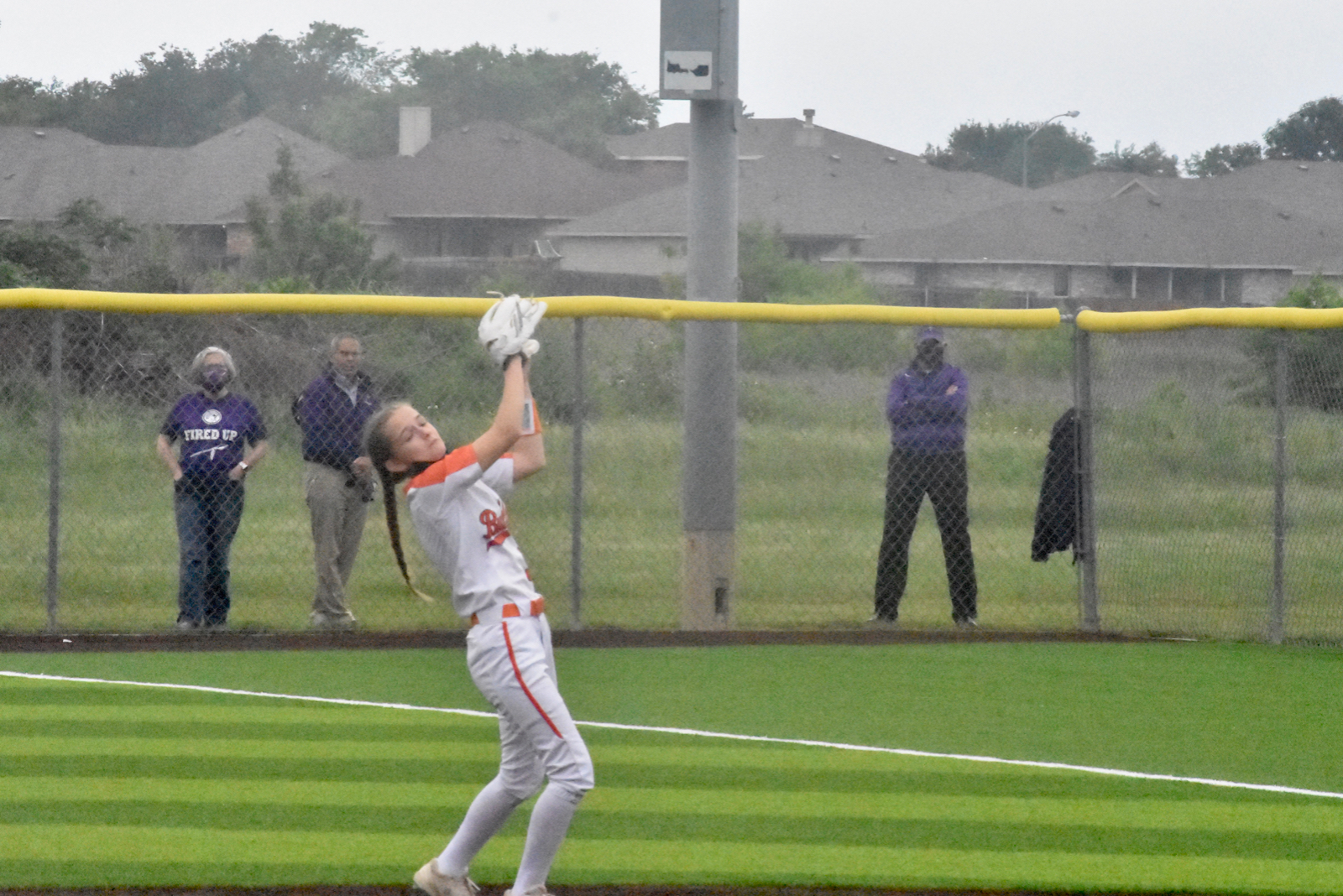 Lauren holds on to the ball and makes the catch. 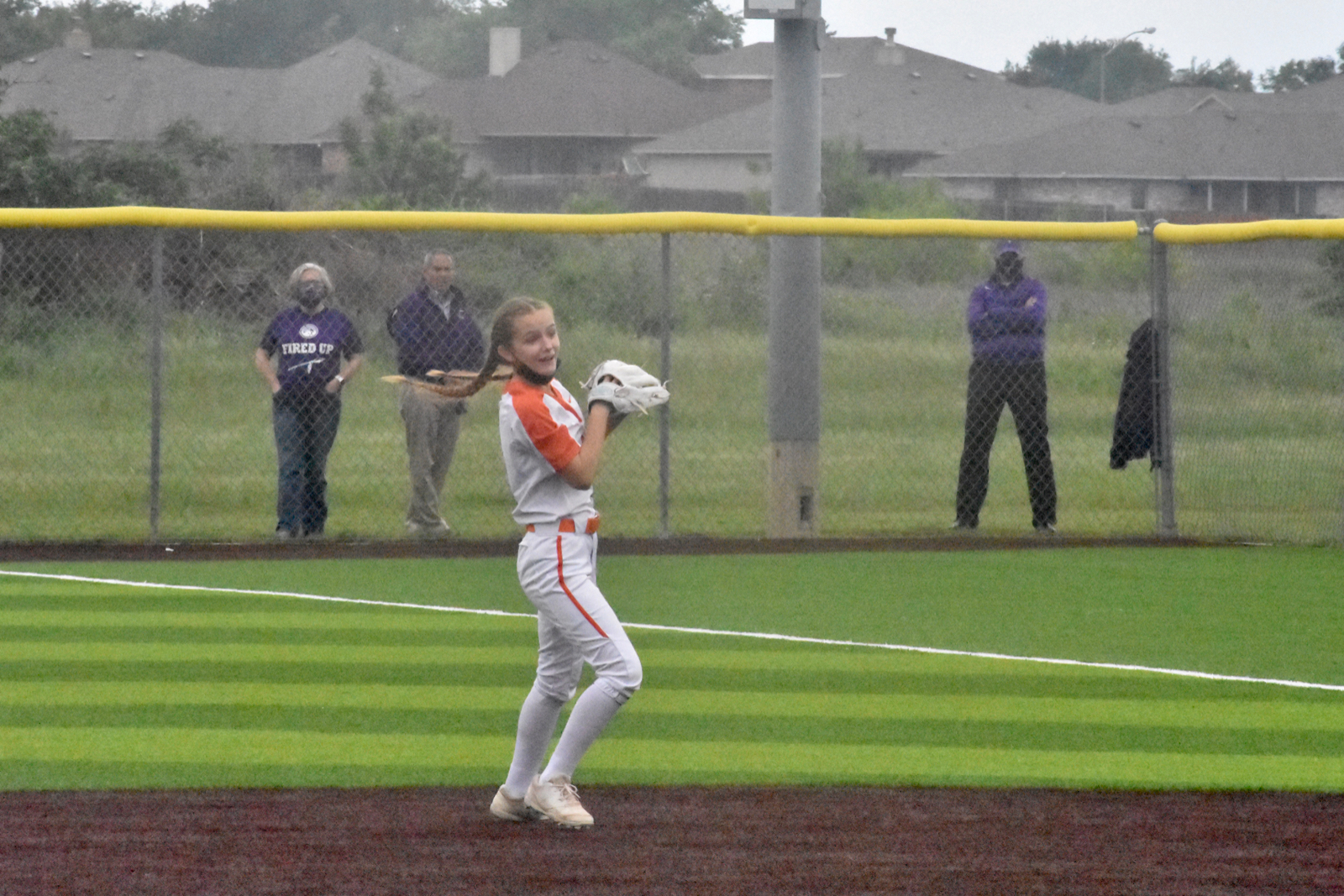 She looks a little surprised. 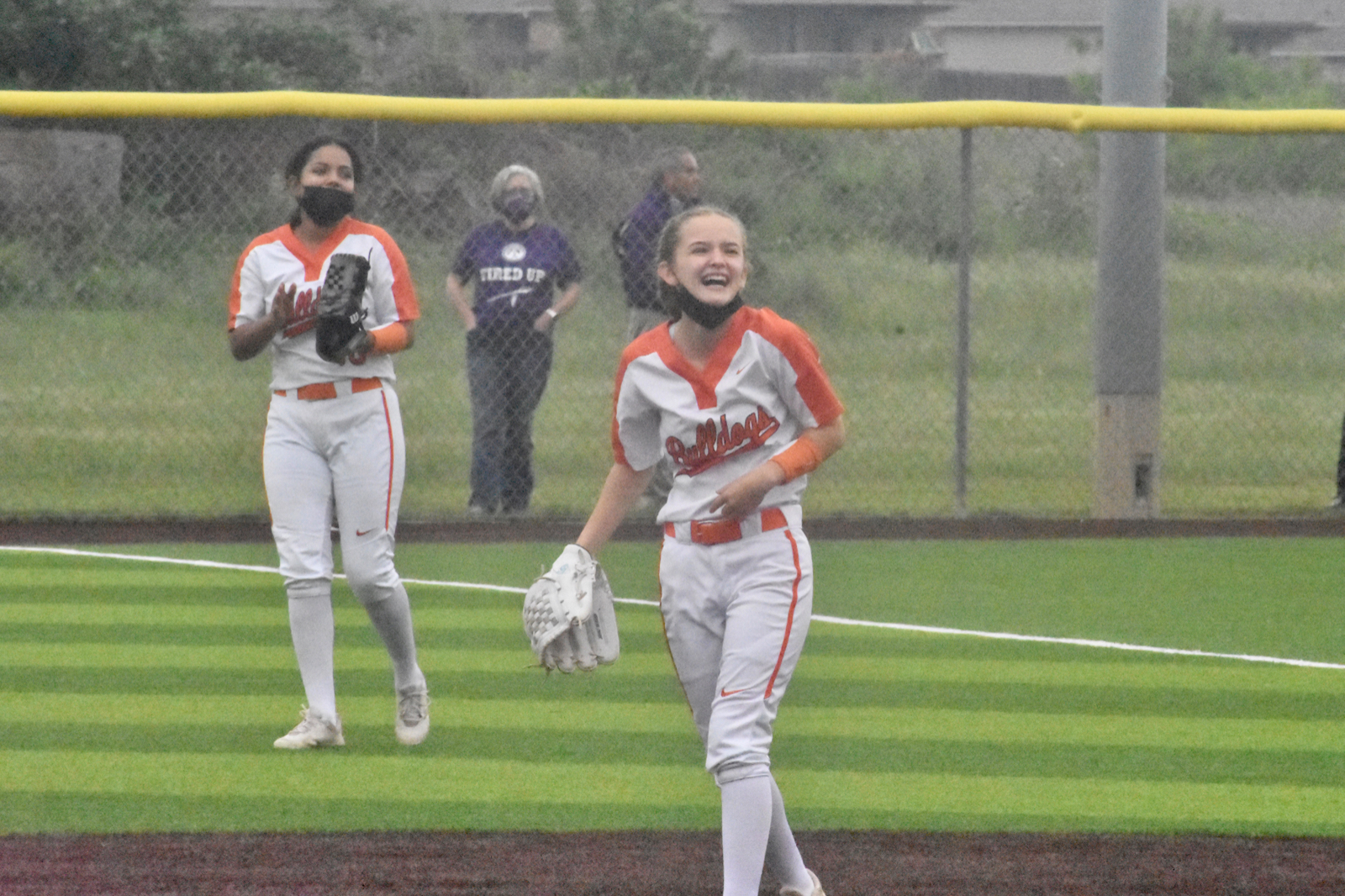 Senior Lauren Garcia has watched the softball program grow at North Dallas. She followed in the footsteps of her sisters — Helen and Marielena Garcia — who play softball before her, so she’s seen the team evolve into a playoff team.

This season, the Lady Bulldogs were District 12-4A co-champions with a 9-1 record. And the team made the playoffs for the second time in the past three seasons. But the North Dallas season ended Friday in a 12-2 playoff loss to Alvarado at Everman High School.

“I definitely think this season was one of our best seasons since I’ve been here, since I’ve seen them, because my sisters used to play,” said Lauren, who was one of the leading hitters on the team. “I’m really proud of our season. We’ve never done something like this.”

Lauren sees the softball program playing even better next season.

“It’s gotten better every year, and I think that this next year, when I come back and see them, it’s going to be even better,” she said. “It’s really great.”

Sophia Hernandez was pleased with the Lady Bulldogs’ fight against Alvarado.

“We tried really hard. In past playoffs, we were blown out in the first inning. We got in more than one inning. We actually got on the board this time,” Sophia said. “But I’m glad that the girls didn’t get down at all throughout whole game, which is something we struggled with throughout the season. And this season, we got better. We pushed through every game as hard as we could.”

Sophia said the Alvarado pitcher’s fast delivery caught the Lady Bulldogs off guard at first, but they soon adjusted.

“For me, I’ve had a lot of practice. I’ve been playing for awhile,” she said. “But for the new girls, it was something different. They haven’t been through it before. They’ve never played these girls before It’s kinda hard to adjust at first. But they actually put contact on the ball.”

Junior pitcher Julianna Serrano said this was her “best season” since she’s been at North Dallas.

“It was really exciting. The best season I’ve had all three years,” Julianna said. “I think this was the best season all of us have had. We’ve bonded so much more and offensively and defensively, we’ve grown so much more. I feel like I’ve grown a lot, and I feel way close to the girls. We’ve accomplished a lot.”

When asked what the team learned from Friday’s loss, Julianna said, “That we need to work together, and we need to stay up. I think we did a good job of that, too. We came into the game knowing that we had a chance and we played like it.  And I’m so proud of them.”

“Honestly, it was an amazing season,” Rubi said. “I feel like I’ve grown as a player and I’ve grown with my relationship with the girls. And I feel like they’re considered my family now, and I wouldn’t change anything.” 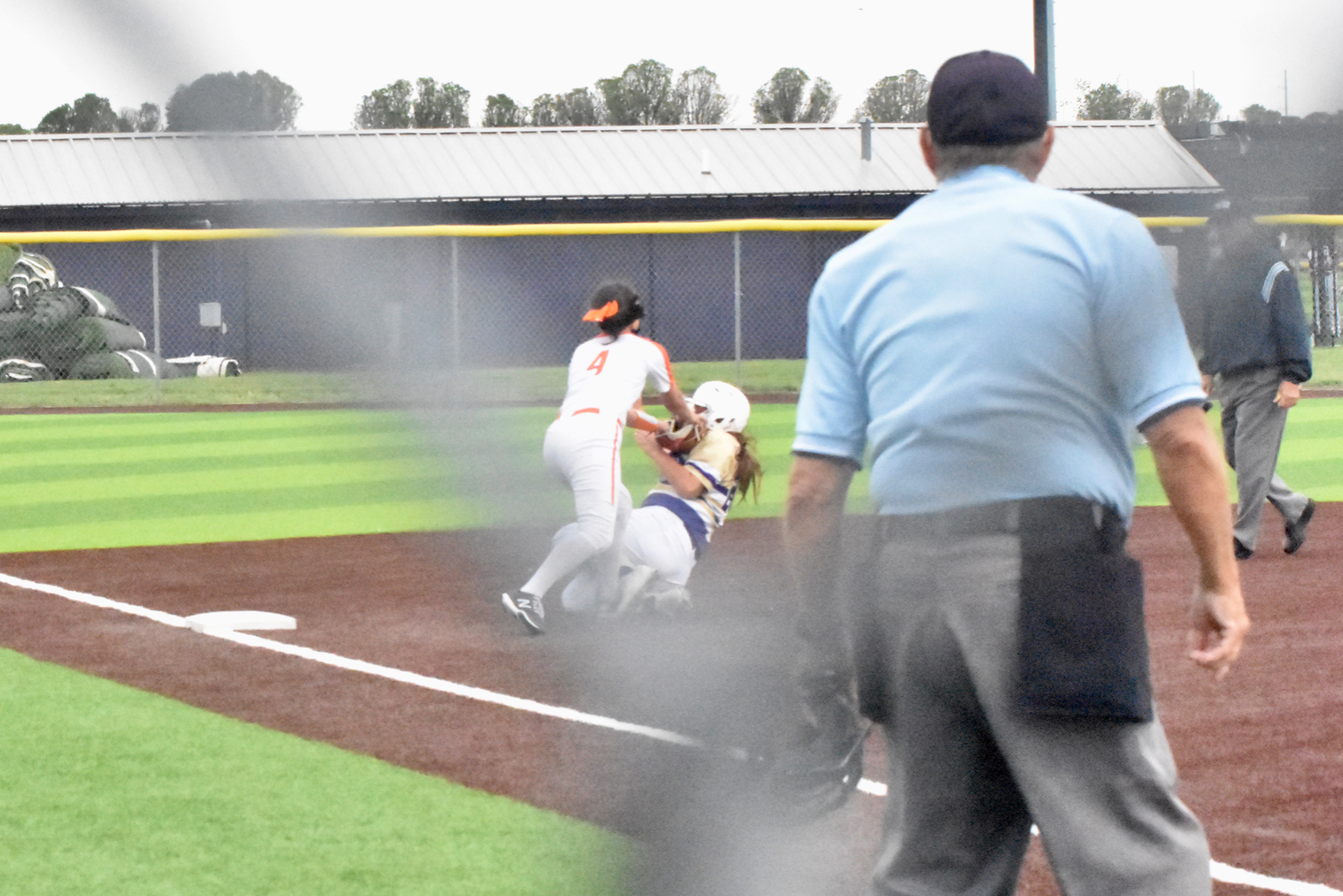 Chloe Garcia applies the tag on the Alvardo baserunner at third base. 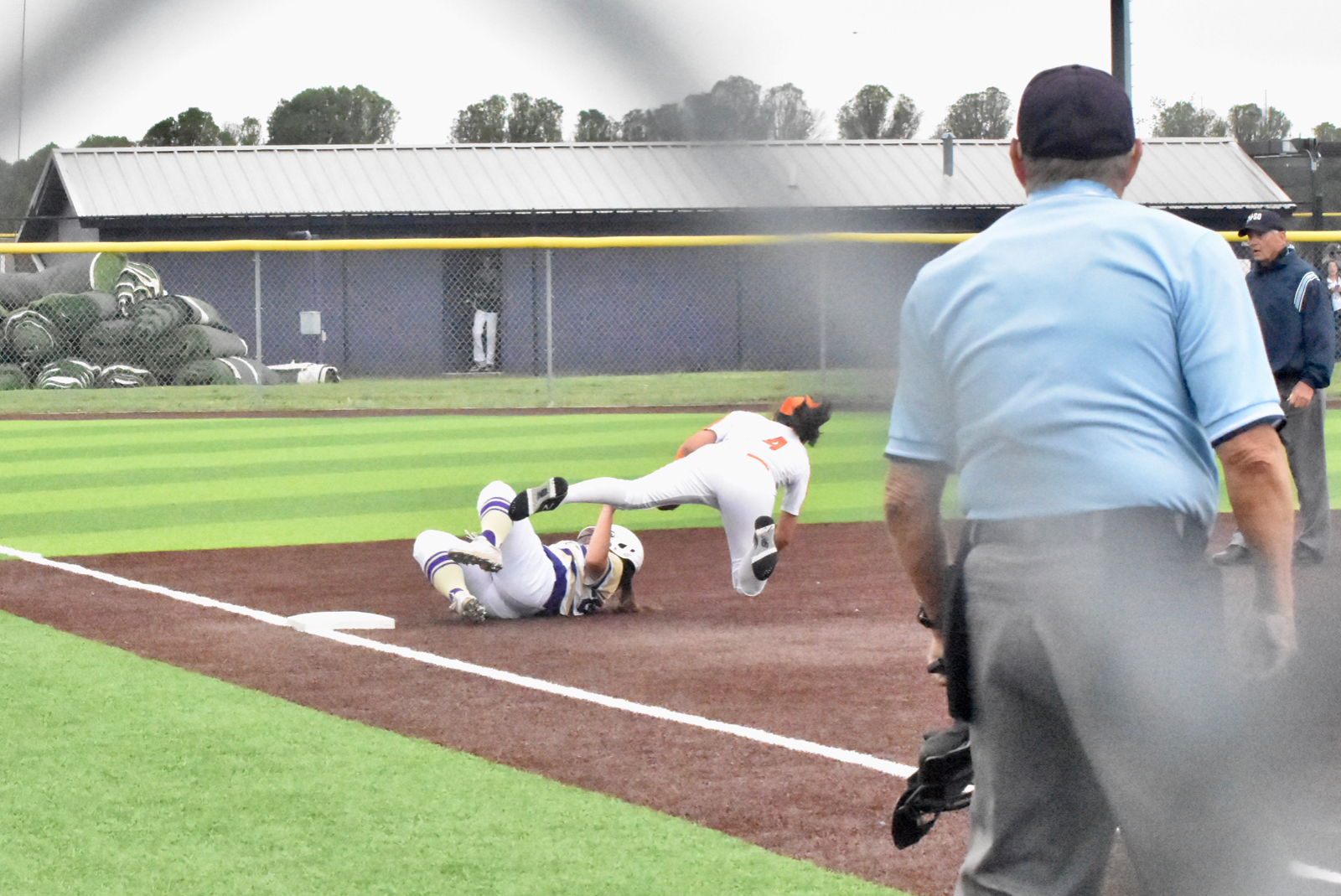 Chloe then tumbles over the Alvardo baserunner. 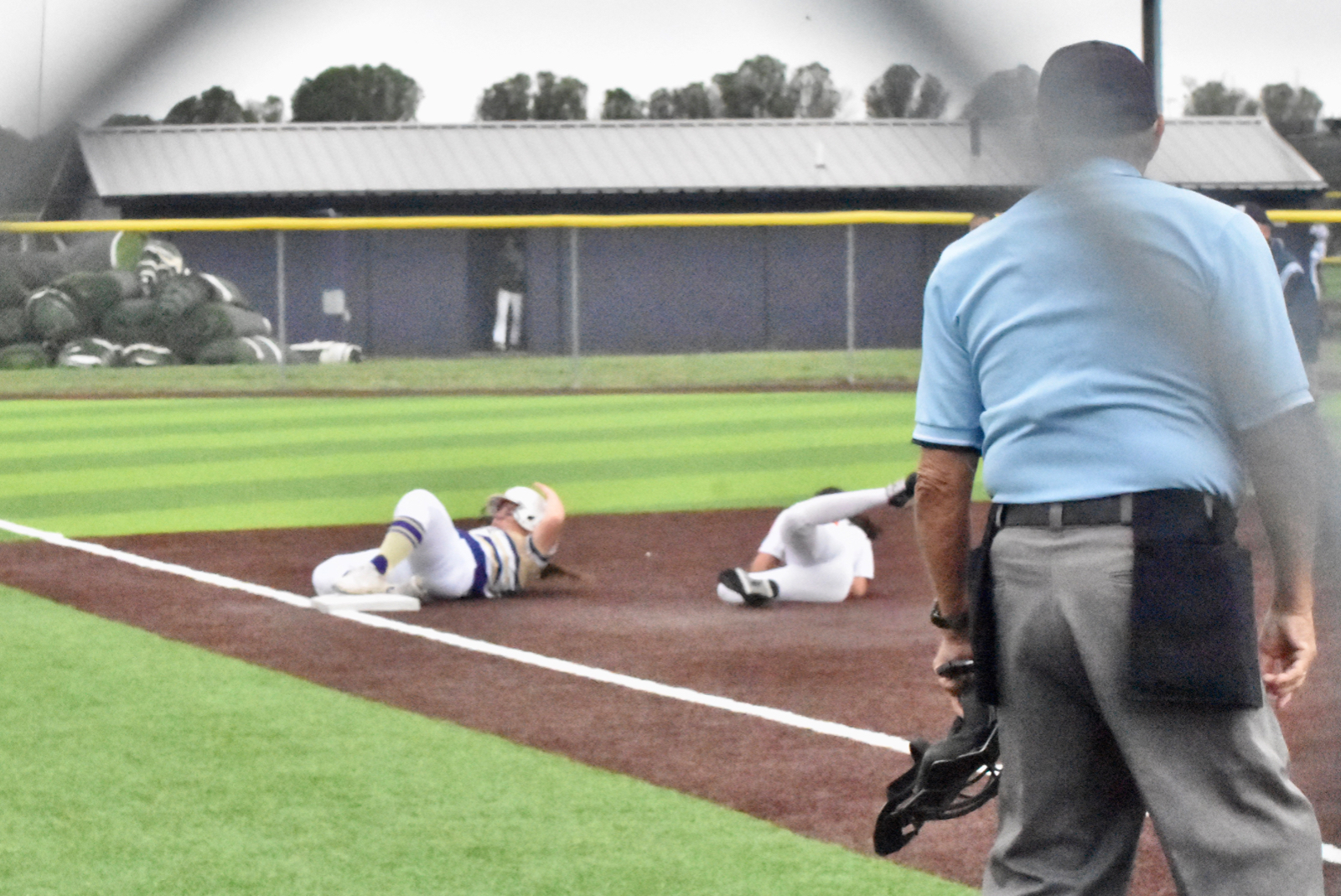 Chloe falls on the ground but hangs on to the ball. 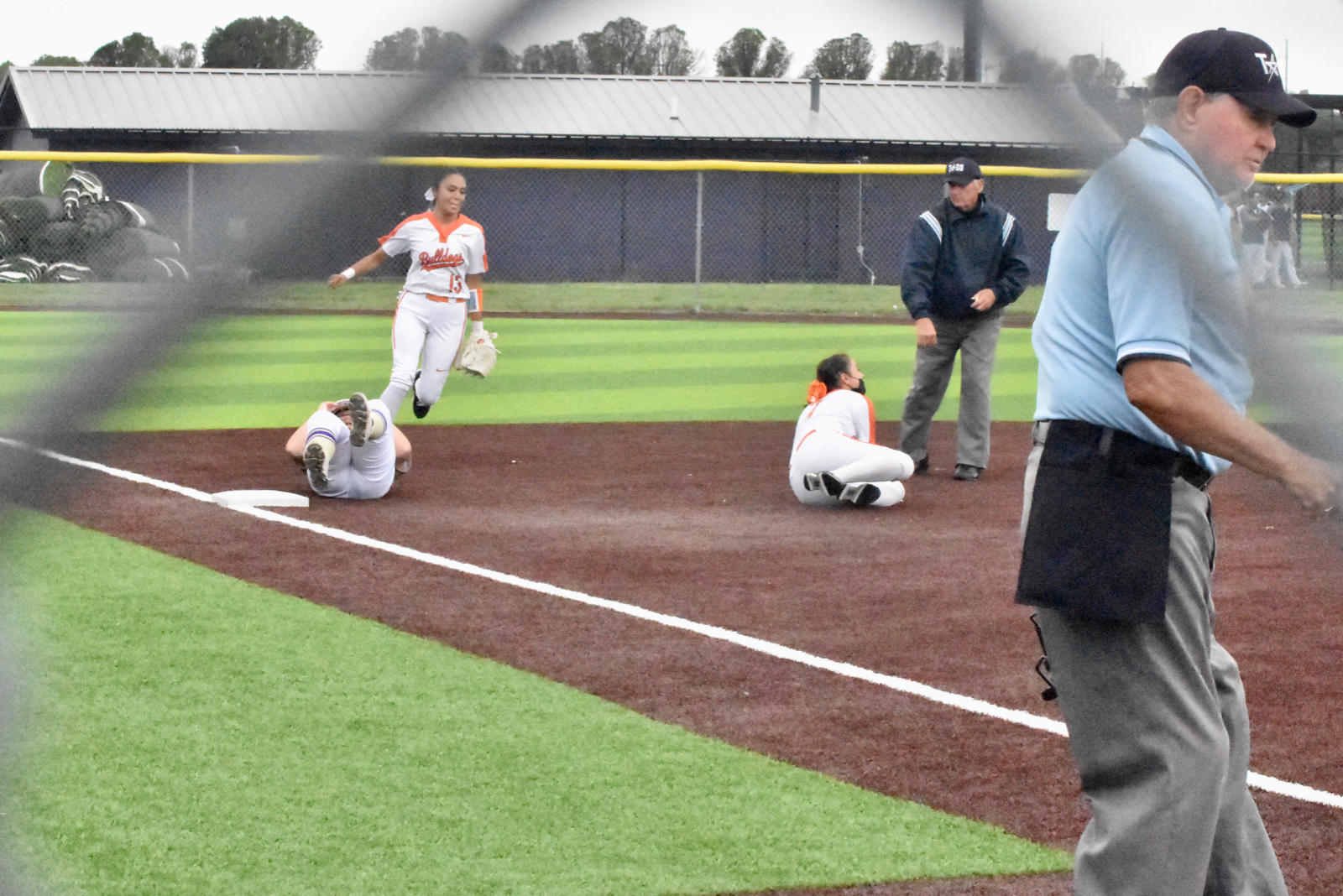 Chloe looks up and the umpire has called the baserunner out. 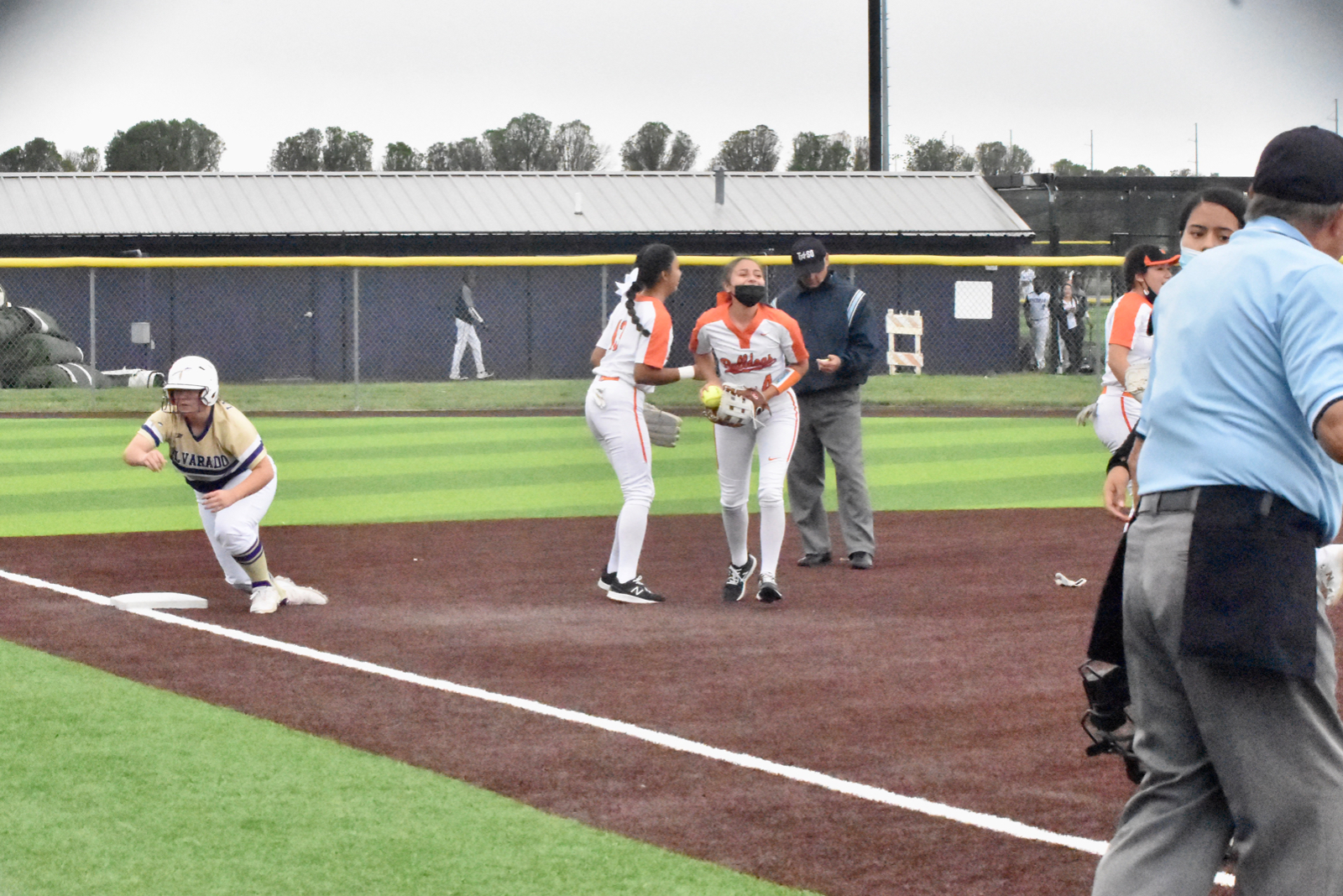 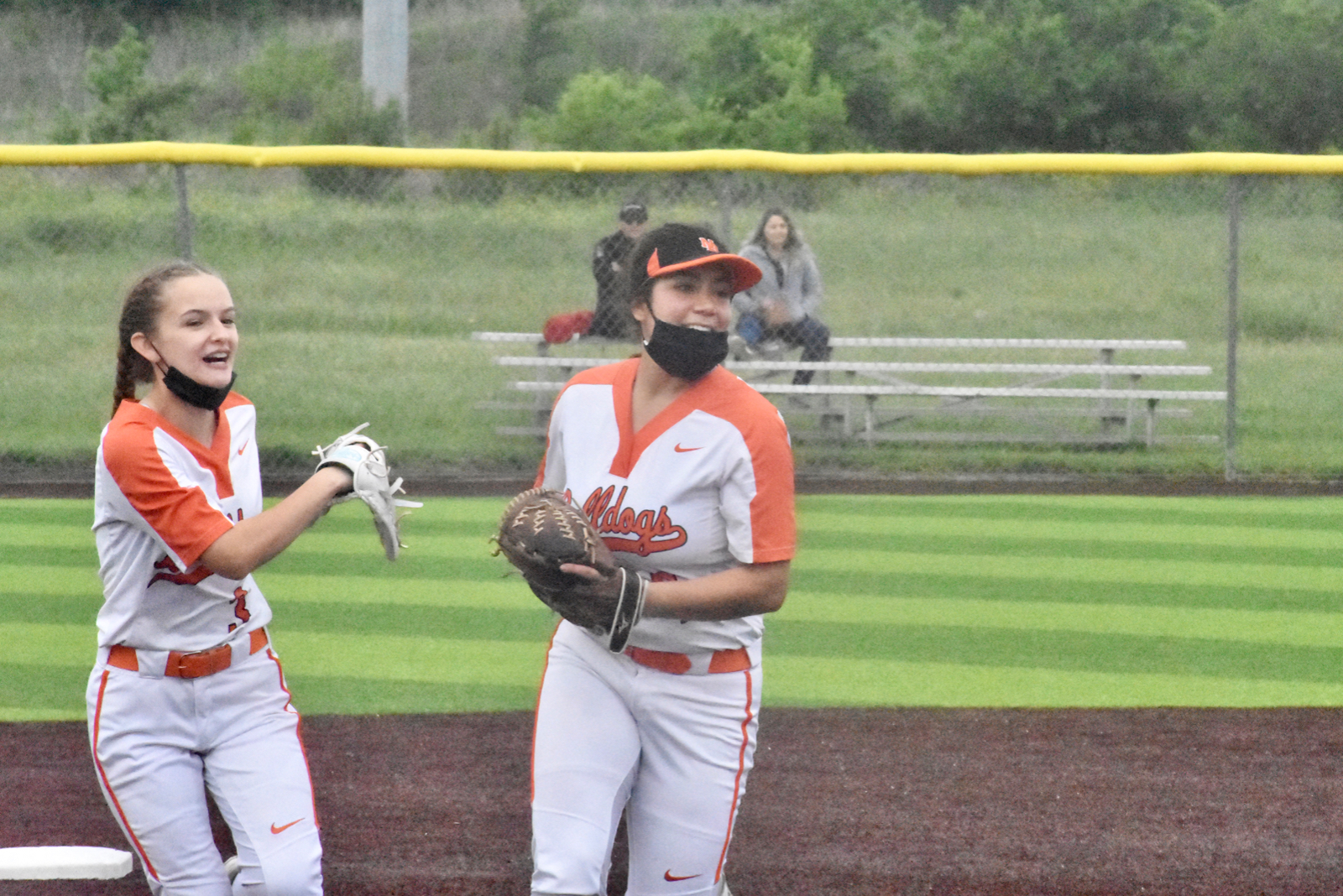 Sophia Hernandez (right) is all smiles after catching a line drive. Lauren Garcia joins her as they head to the dugout. 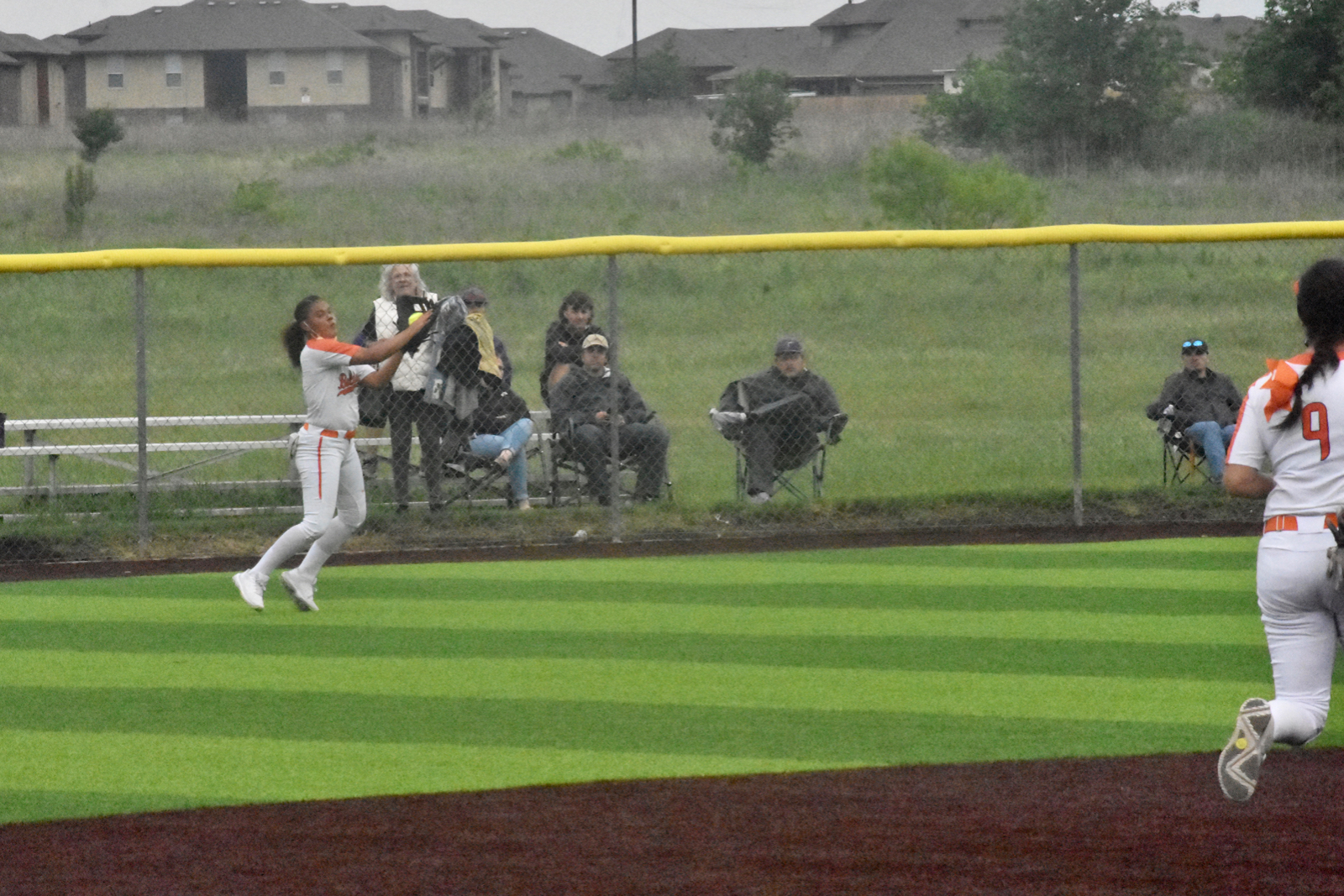 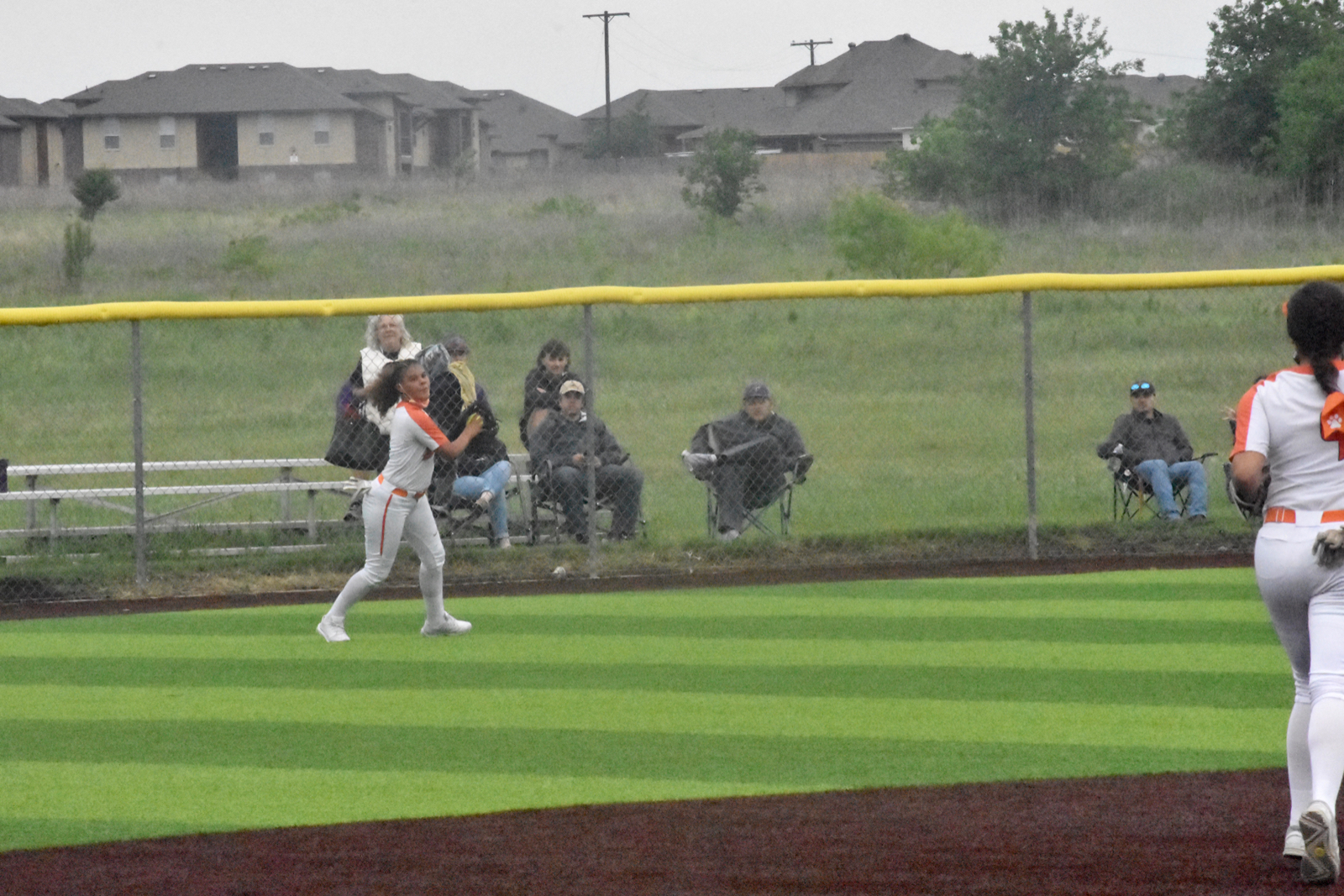 Patrice holds on to the ball. 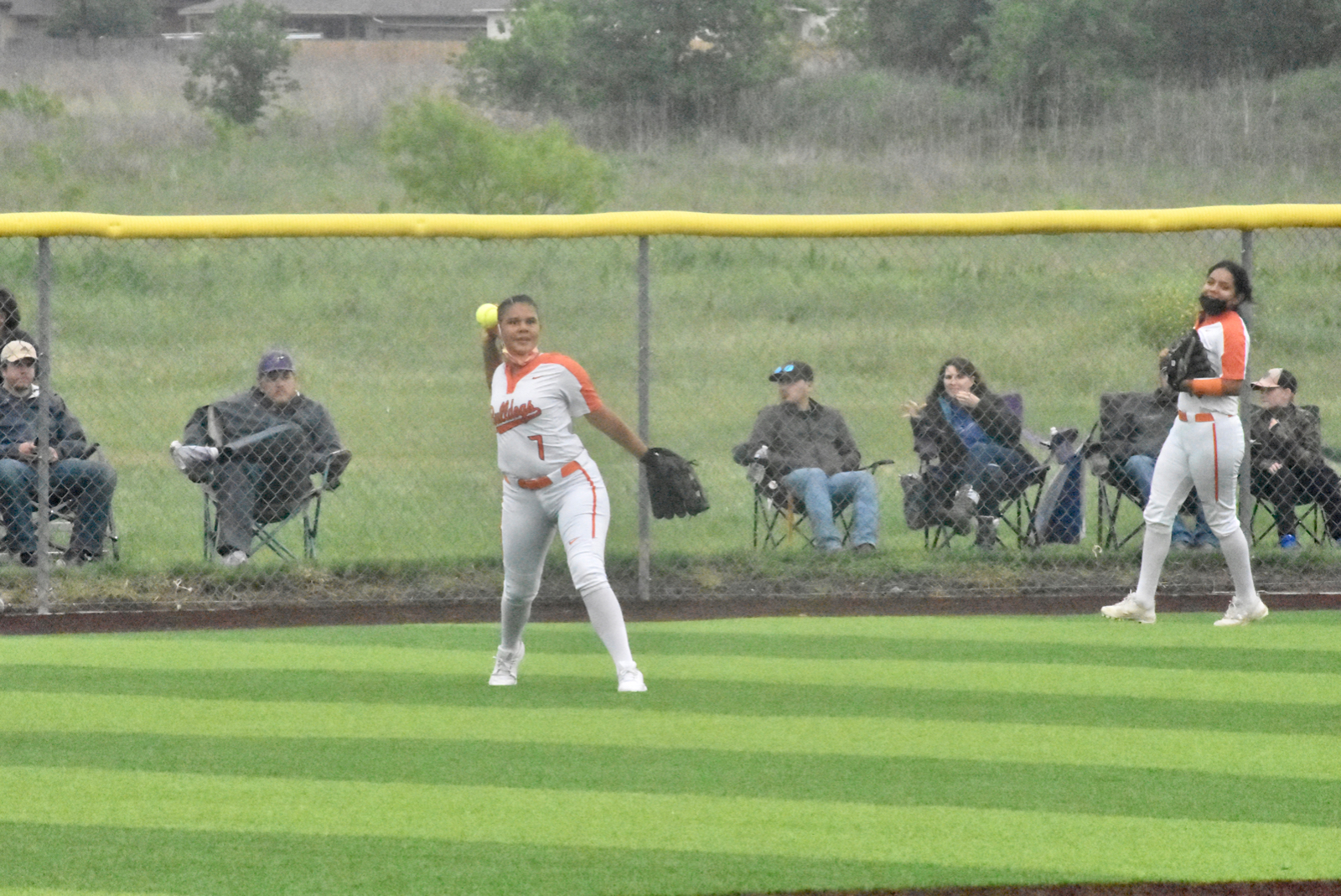 Patrice throws the ball back to the infield. 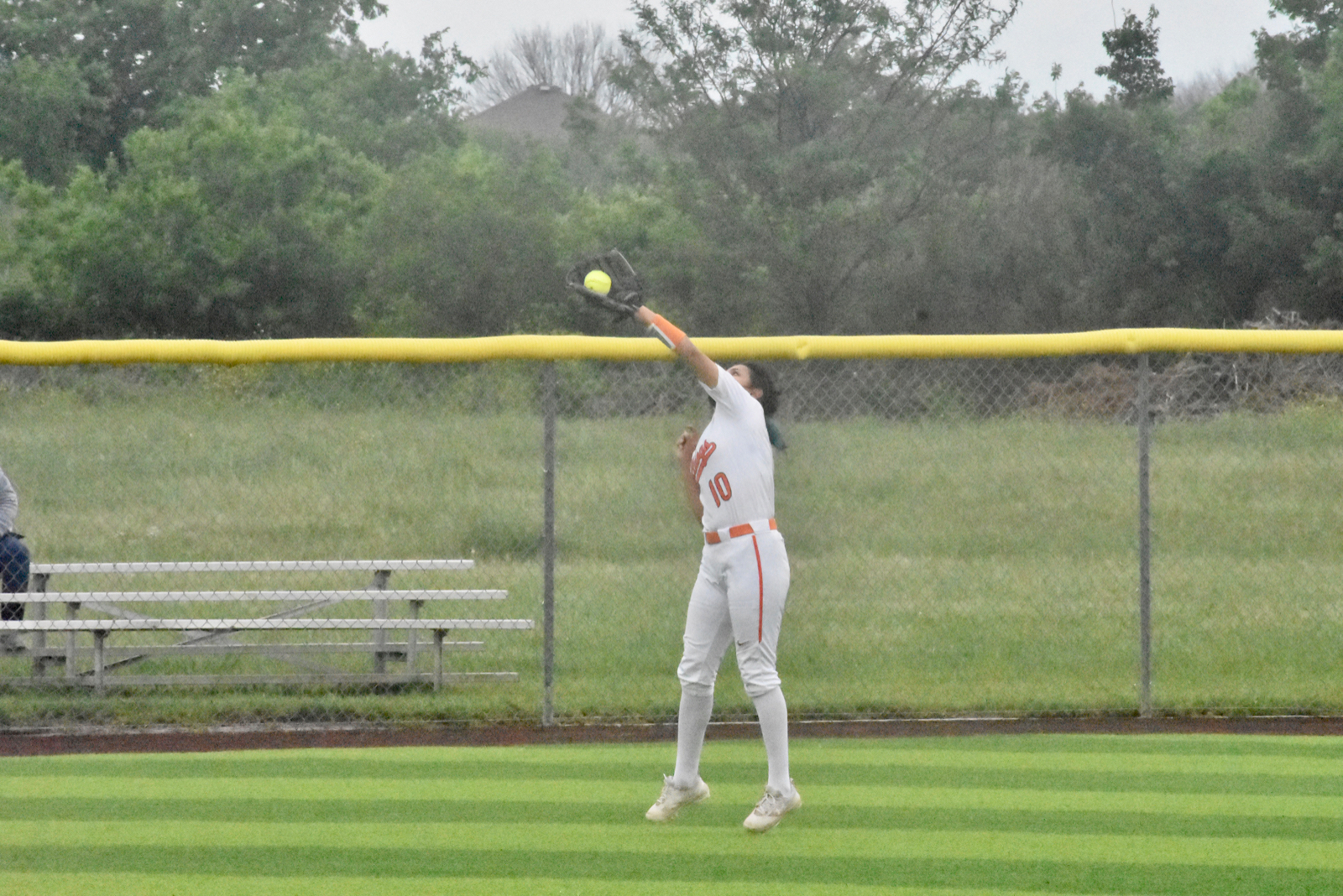 Cindy Chacon reaches for the ball in right field. 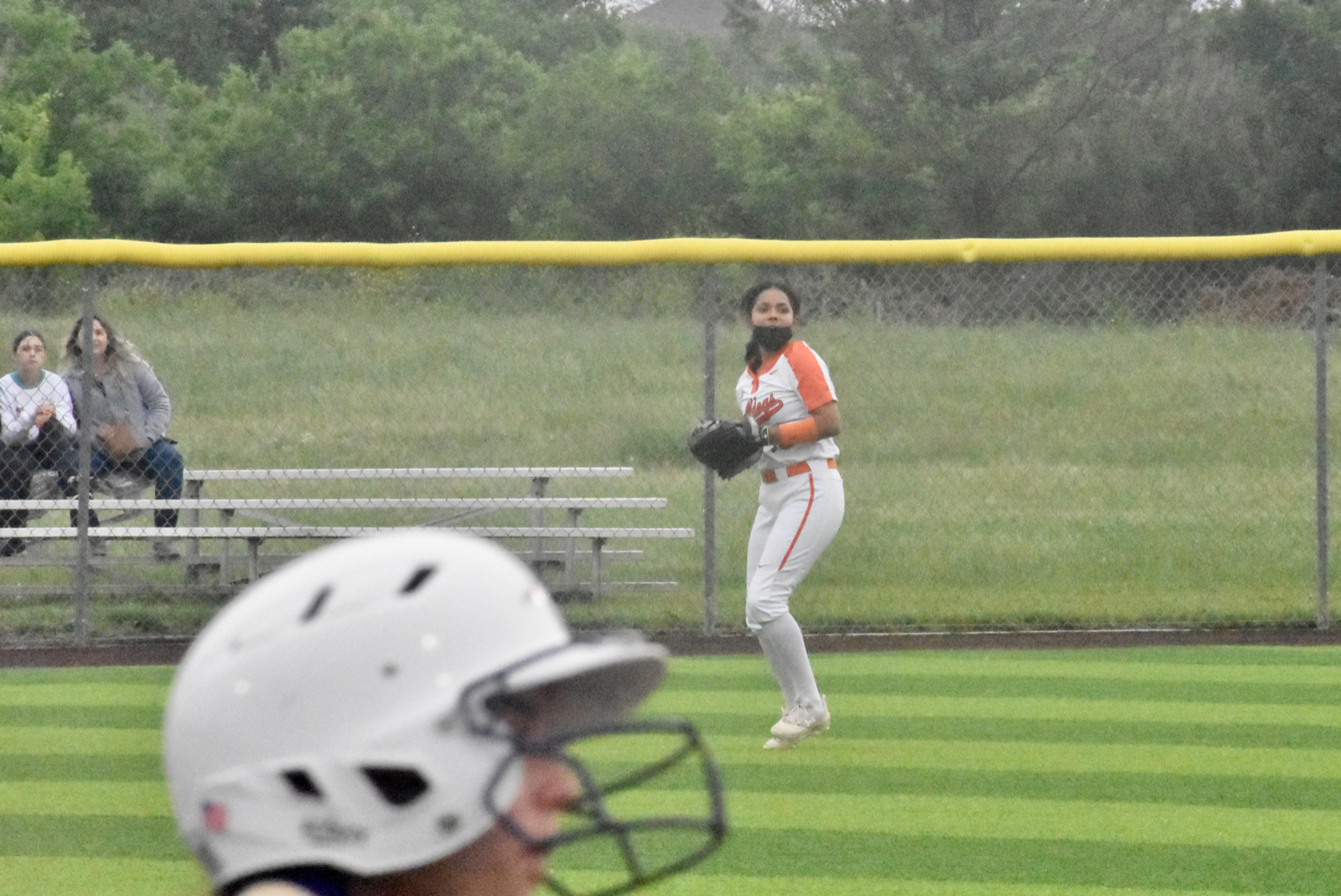 Cindy looks toward the field as a runner heads to the plate. 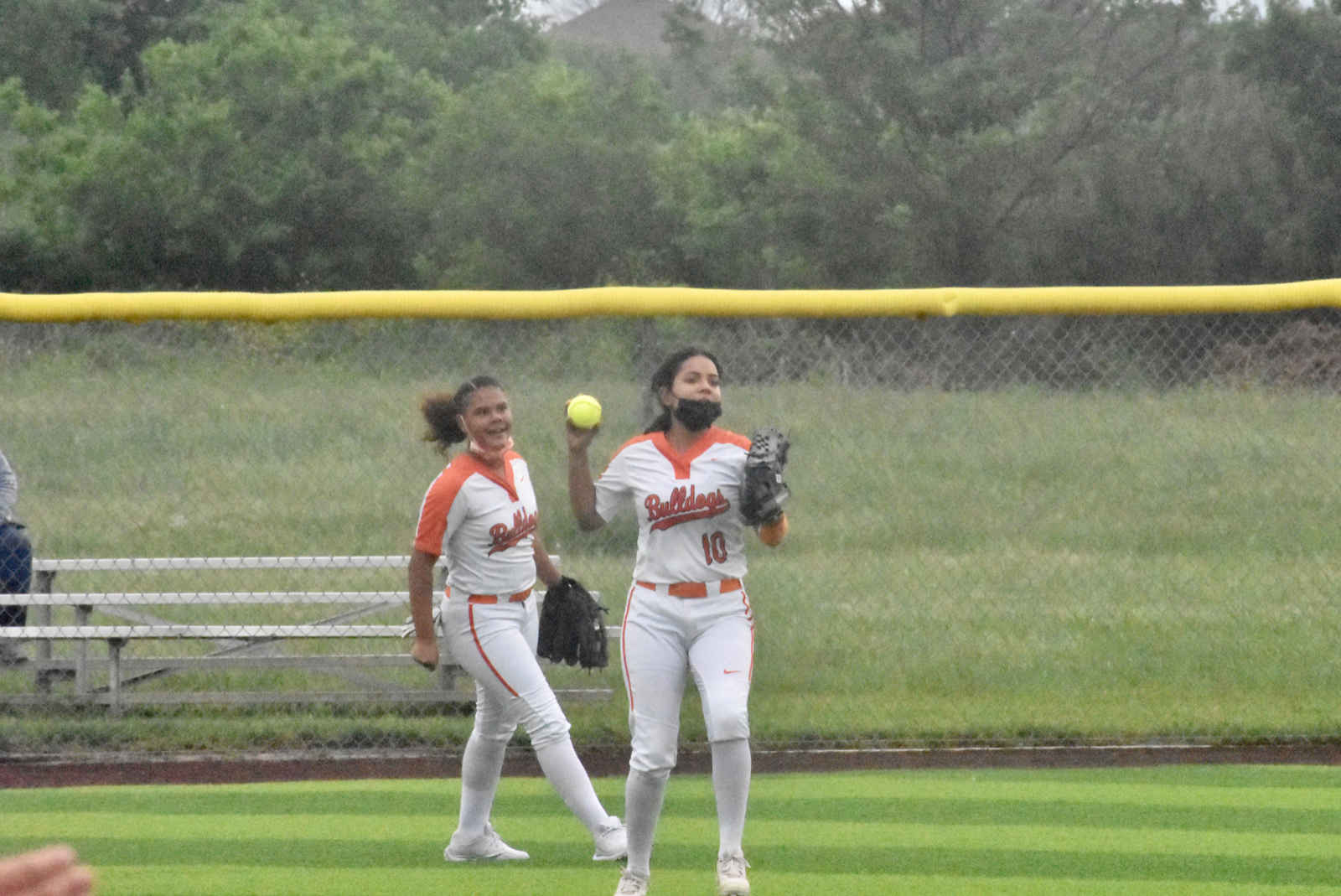 Cindy holds up the ball as she is joined by Patrice Leavy. 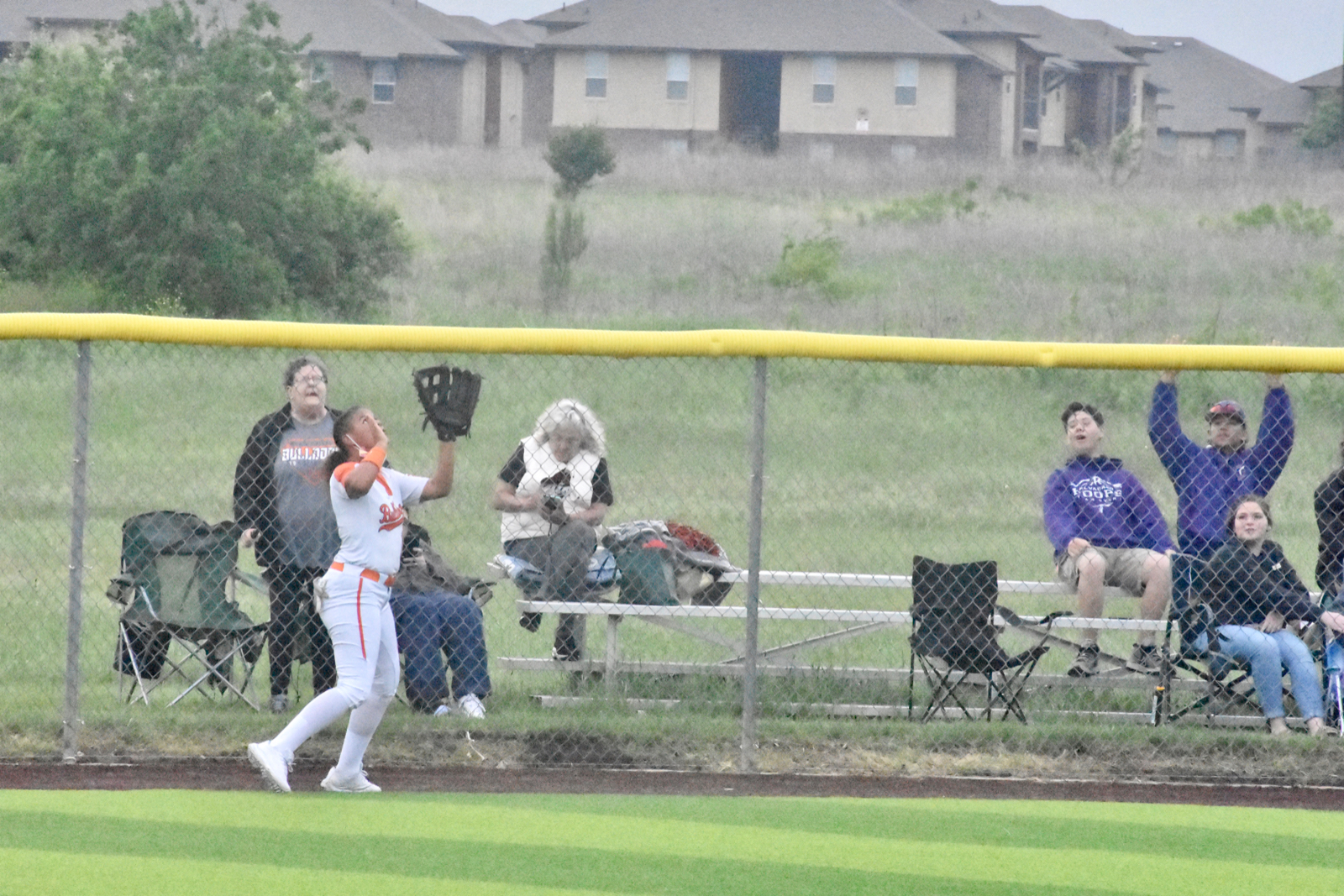 Patrice Leavy goes up next to the center field fence. 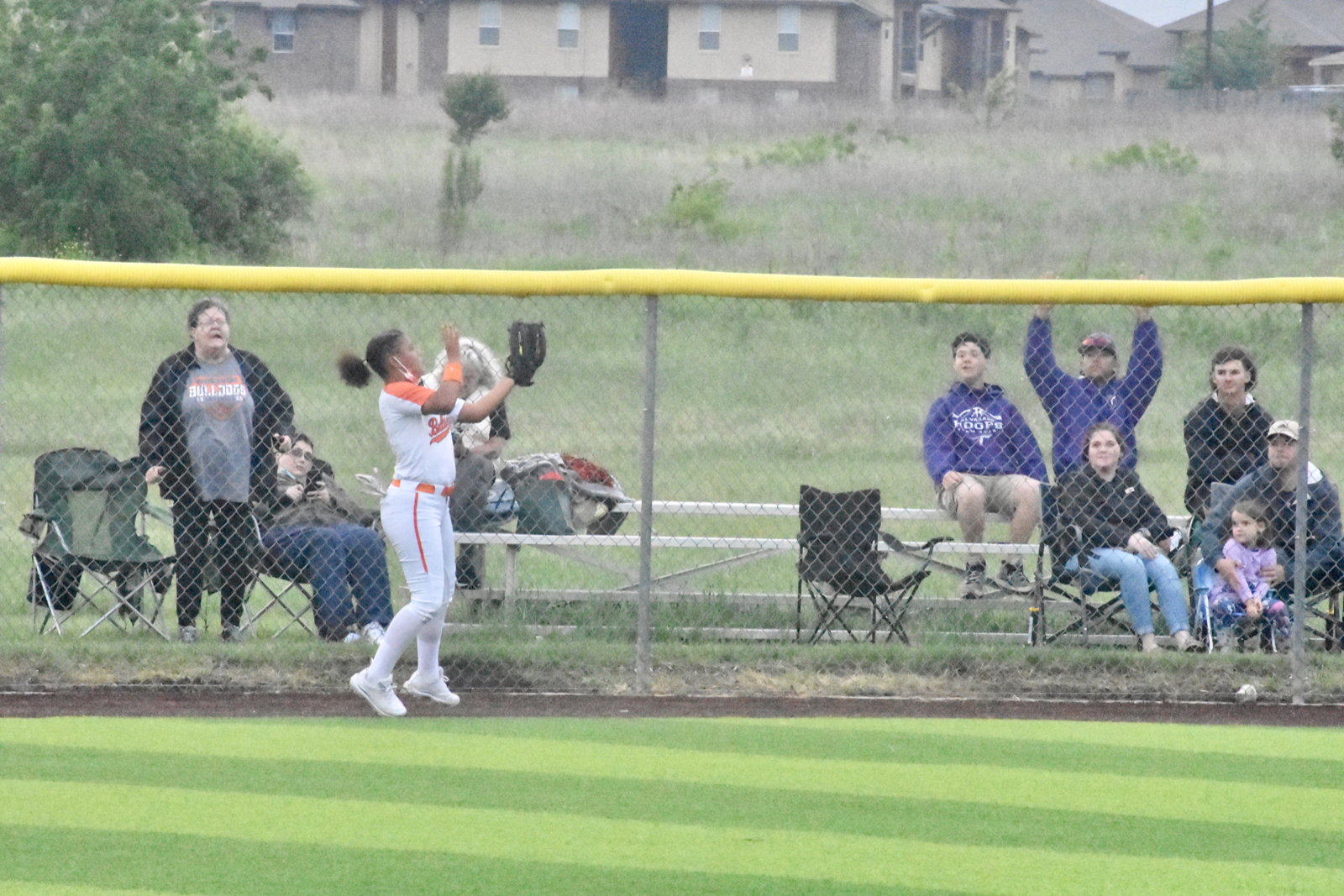 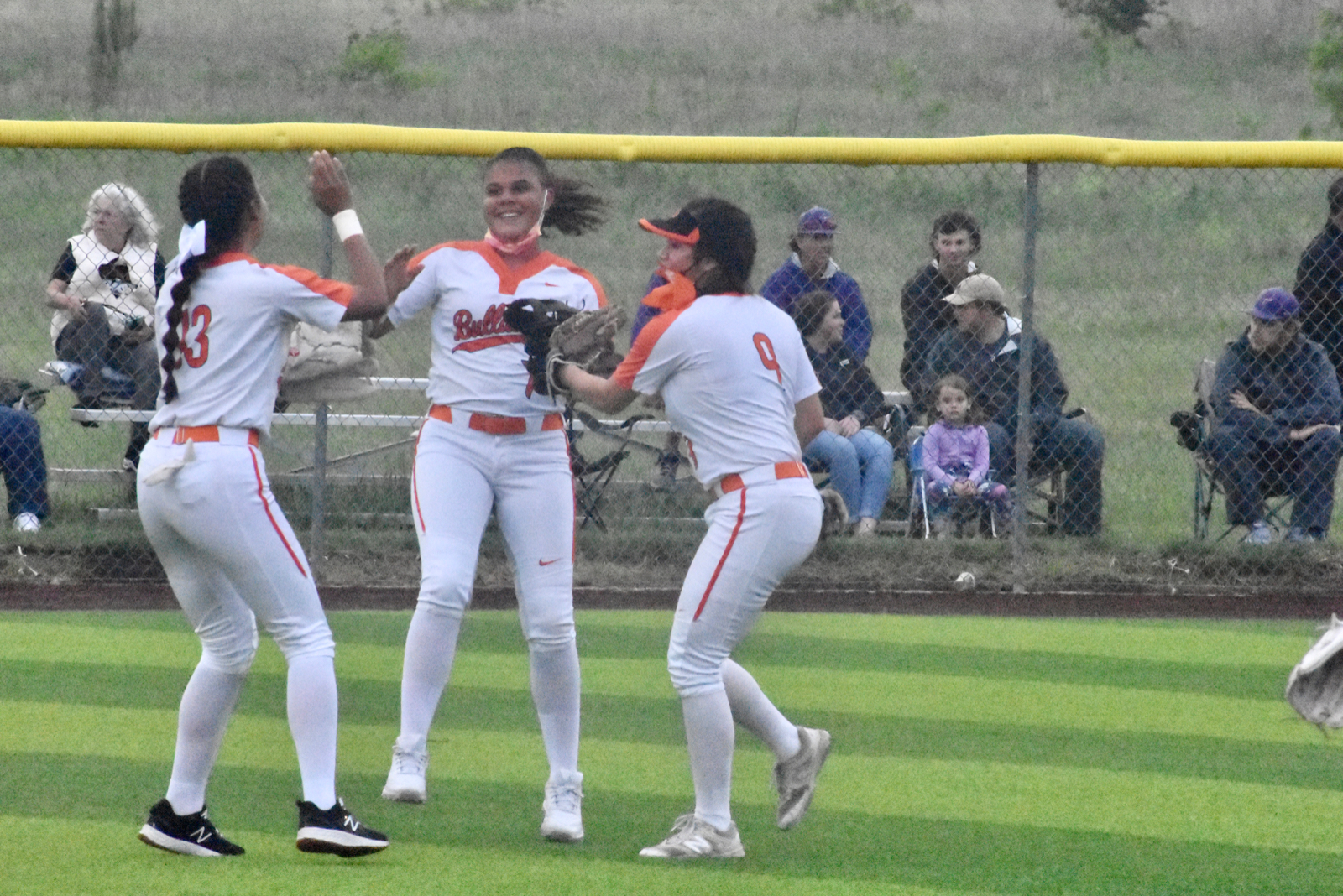